Wizard World Columbus was a great introduction to what a “con” is and what you can expect from others. If you are on the fence about whether or not you should go to one near you check out my recount of the experience as a whole below.

Wizard World has a deep history based in comics, from the magazine and price guides to some of the most recognizable comic cons today.  So one would expect there would be comics, they did not disappoint. I was incredibly pleased to see not only brand spanking new comics but also so many of those I read when I was a little girl.  I got to peruse older comics from the ’70s and ’80s, some of which were available for purchase.

There were some serious “fangirl” moments when I got to rub elbows with Kurt Lehner, if he is not familiar to you, he was the character designer of Disney’s Gargoyles (just my favorite show when I was a wee ldycalluna).  It was an amazing experience to hob-nob with these artists who have influenced my love of animation and comics. I was utterly starstruck when I got to see Arvell Jones, his name is on so many of my favorite comics I still have at home!

I think Wizard World did a great job of bringing some of the more well-known artists to town for this “con”.  However, there is always room for new blood. Honestly, I would have just been happy to stand around and talk to the artists and vendors all day.  There was one vendor, I didn’t catch his name, but we chatted about everything from art to society 40 minutes later, I purchased one of his prints and bid him a bountiful day.

Some of these vendors live only on the money they make at conventions. If you find yourself debating on whether or not you should buy that $8 print that is wicked cool, just do it, not only is it wicked cool, but you are also putting money in the pocket of someone talented, and talent should be celebrated and supported.

One of the biggest draws for any comic con is the celebrity guests.  This year we were honored to host some of the most recognizable names in Movies and TV.  While I didn’t pay for autographs I was still able to chat with the likes of Henry Winkler, Ken Page (Oogie Boogie from “The Nightmare Before Christmas”) and others.  All the celebrity guests I approached were kind and seemed genuinely excited to be chatting with fans. This year Columbus was host to the likes of Carey Elwes, Shawn Wallace, Chris Sarandon, Ken Page, Tom Welling, Michael Rosenbaum, Laura Vandervoort, Claudia Wells, Teddy Sears, Joseph David Jones and so many more.  I think we, as fans, often forget that there are real people behind the characters we see in movies and TV, and this kind of experience is refreshing. I got to talk to Henry Winkler about his children’s books and photography. I thanked Ken Page for being such a great villain in “The Nightmare Before Christmas” and “All Dogs Go To Heaven”.

I have to say I was thoroughly impressed by the detail that went into some of the costumes I saw bouncing about in my time at Wizard World.  Some were fun and quirky, while others were borderline frightening. Every single one I approached was happy to have their picture taken and would give tips and tricks on how to achieve the “perfect” cosplay.  Some, of course, were more high quality, while others were more creative.

Y’all there was a Darth Jar Jar Binks, which I believe should have won the $10,000 costume contest.

There were Jedi, Empire, batmen, Spider-men from several different iterations of the comics.  I have to say my absolute favorite was a skeleton Pirate with green light-up eyes. He was jittery and moved erratically, he was very much in character, he even used a freaky voice.  Then he broke character, admitted he couldn’t see and asked for a hand to find where he needed to go. I took so many pictures from John Snow to Mama Luigi and young Mario. Between the comics and celebrities, I think, by far the cos-players are what make this con worthwhile.

I don’t think I have ever walked into a place and instantly felt like I belonged there.  I was surrounded by people with the same interests as me and they were just as happy I was there as I was! The staff was amazing, they helped introduce the celebrities to me and suggested some really good vendors.  They were everywhere and accessible. I felt comfortable letting my 3 sons venture out by themselves to discover something amazing.

Every single person I came in contact with had a funny joke and opinion on this game or comic or that. I even picked up a couple of new card games and talked with the actual creators of the games.  This is what can make or break a con. They can bring in any big-name celebrity they want, but it is the con-goers that make a con succeed.

So, the big question.  Is it worth the time and money?  Emphatic YES! I had such a great time talking with everyone and taking pictures, hearing stories and discussing Empire politics with random strangers, and for someone with social anxiety that is saying something. However, you WILL spend money, possibly lots of it.  Tickets generally run about $55 with signature and selfie prices varying from celebrity to celebrity.

The food that is available is your basic lunch box style or “junk” food. Drinks ran around $3 to $4 each.  I would love to see some healthier options available, perhaps next time I’ll pack a lunch. Who said you can’t have a picnic in a parking garage?

I will be going back next year, whether it is as press or not.  I will be there, in some kind of cosplay… I think I could pull off a giant Teddy bear… what do you guys think?  Have you had any “con” experiences you’d like to sound off about? Hit us up on Twitter or Discord and tell us all about it!  Until next time! When in doubt, BLOW IT UP!!! 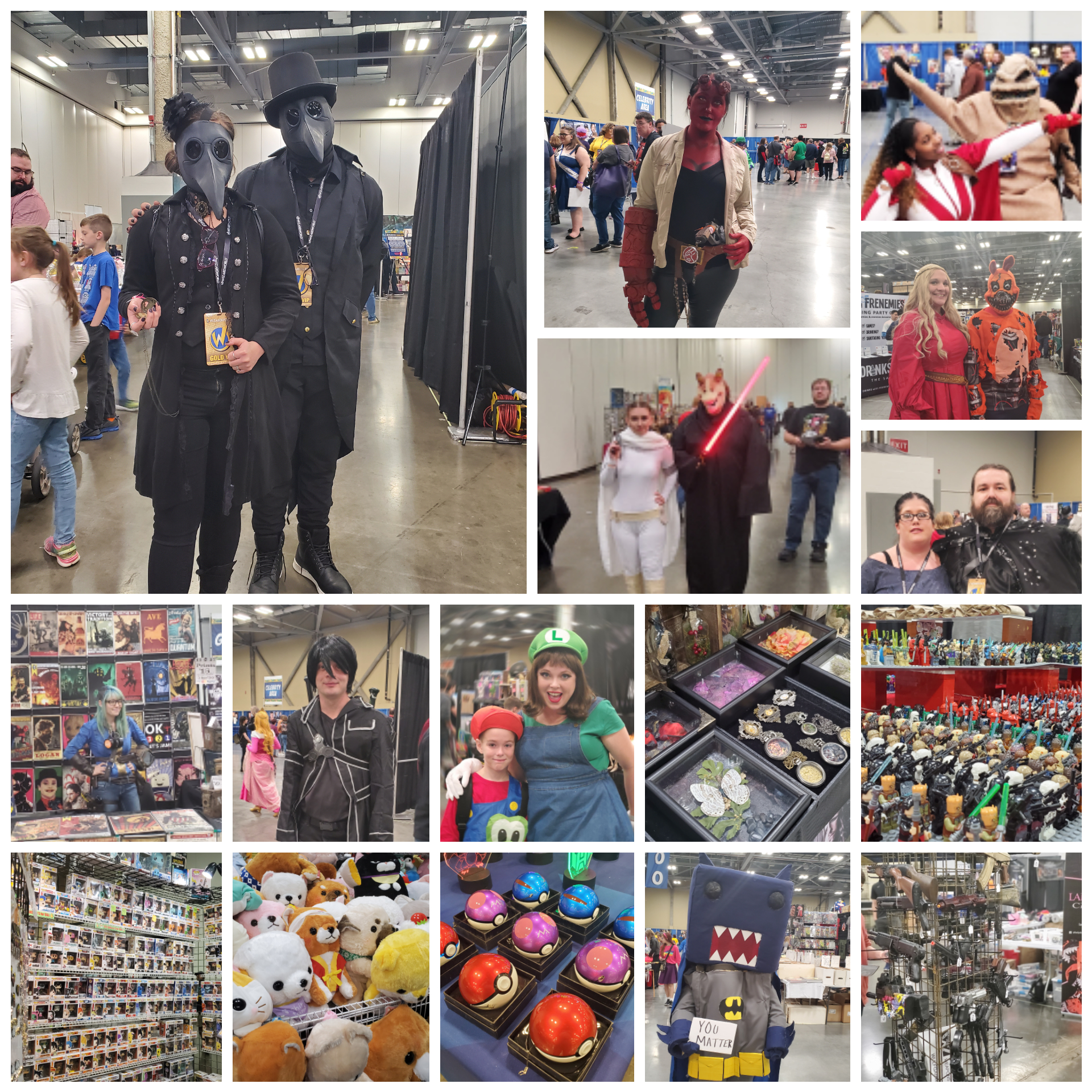