We are back with another week of the NFL and another game of the week. This week I simulated the Ravens at Chiefs game which is probably the biggest game of the week. Both teams have had a hot start to the season and Ravens Quarterback Lamar Jackson has looked much better than people have expected.

Madden was wrong again and is now 0-4 in my simulations but to be fair, Madden couldn’t predict Drew Brees going down during the game. The Rams won comfortably 27-9 and was propelled by its strong defense. The Saints actually held Todd Gurley II in check limiting him to 63 yards and a touchdown but as a team, the Rams outgained the high-powered Saints 380 yards to 244 yards.

The writers faired better with both Und3rdog10 and Mulehorn117 correctly picking the Rams to win. Although Und3rdog was a bit overzealous with the score. Darklife and I are with Madden and have not made a correct pick yet this year. 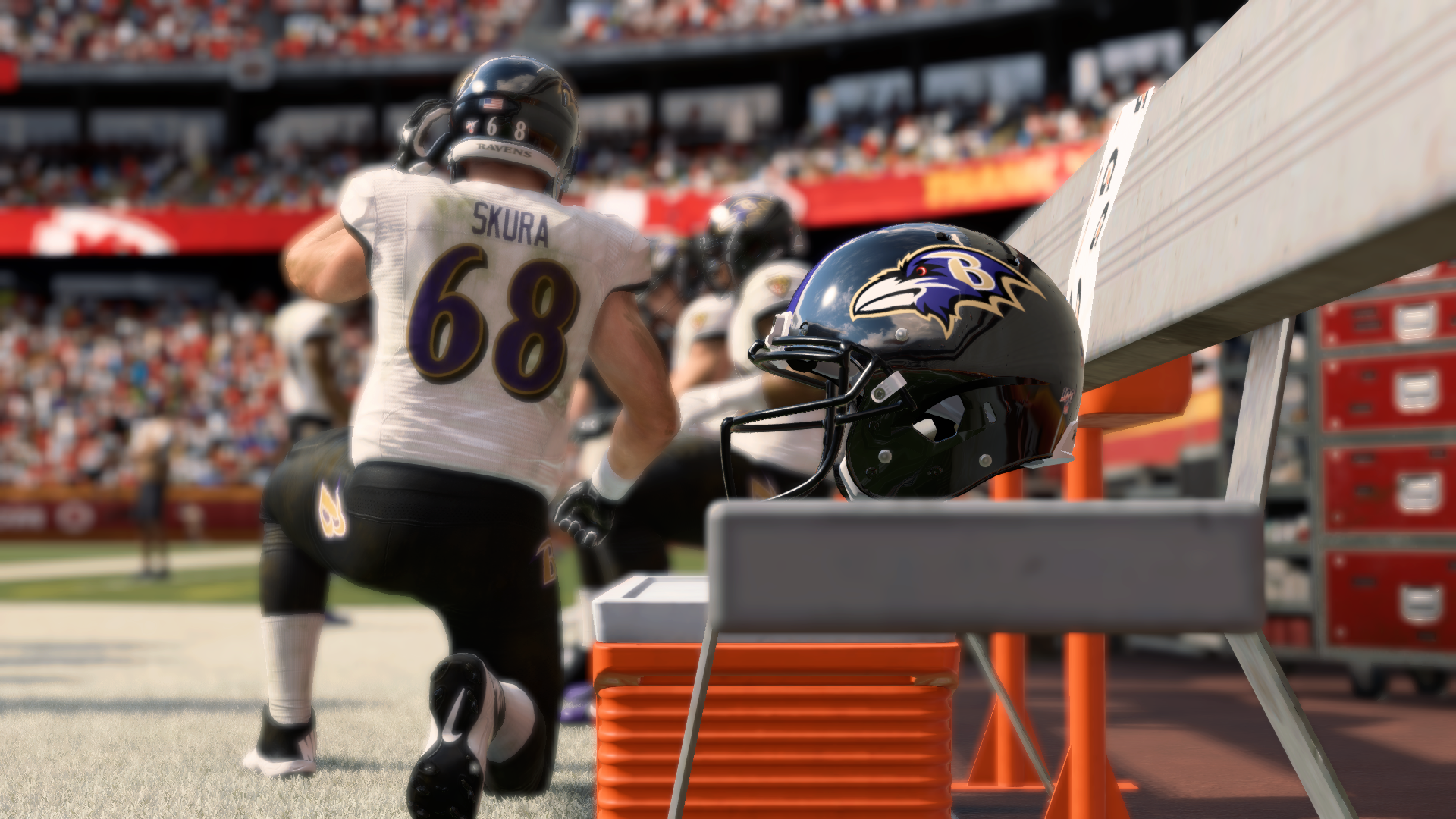 The Ravens need their defense to step up and slow down the Chiefs if they want to win. In their wins, the Ravens defense held the Chiefs to 25 points per game and allowed Lamar Jackson and the offense to score 32 points per simulation. The key to winning for the Ravens will come in the ground game. In their wins, they averaged over 130 yards per simulation. They also did not turn the ball over nearly as much in their wins as in their losses. If they can stay at no more than one turnover in the game they can take the W.

How the Chiefs Won 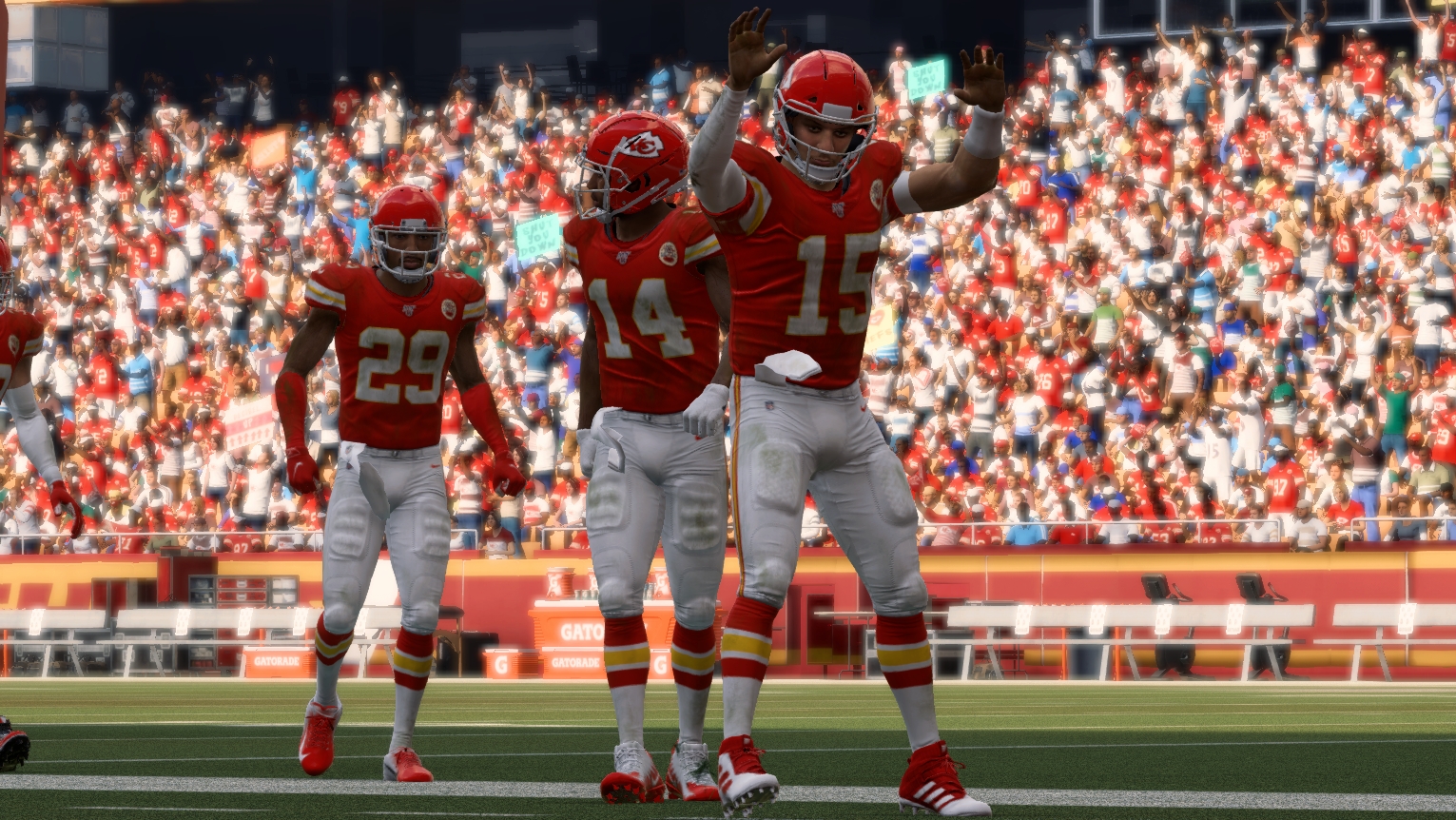 As the Chiefs have done since the start of last season, they need to score when they win. The simulations have them averaging over 35 points in their wins. They did not score less than 31 points in any of their wins. They also tended to win big with an average of 9 more points than the Ravens. The defense will also need to step up and keep the Ravens under 27 points and keep the rushing yards low. Mahomes also needs to have a “Mahomes” type day and throw for a lot of yards. He averaged around 280 passing yards in the their losses and over 310 yards per game in their wins.

This week Madden had the Ravens winning 11 of 20 games I simulated, but many were very close. Unlike last week most of the games had some back and forth to them with many coming down to the final drive of the game. Can Madden finally predict a winner? Let’s see who the writers pick this week.

Mulehorn117, Und3rdog10, and Darklife have all picked the Chiefs this week. And our resident Canadian has picked the Dolphins…Mule is a Texas Tech alum so will always go with Mahomes. This week Und3rdog has provided some in-depth analysis of the game:

“Ravens defense over the past two weeks has given up a total of 27 points in two games. That sounds impressive but it’s against two of the lower tier teams in the league. However, their zone blitz scheme and aggressive style of play can make even the best offenses stall. KC is not immune to this. Ravens can win the game if they stay true to their style of play and be aggressive making Pat move off of his spot making him feel uncomfortable or even better on the ground. All that being said I think KC counters this and goes trips personal and forces the ravens to check out of these blitzes. KC wins but it’s closer than people might think 30-24.”

Only time will tell if his analysis is correct.

This week I am finally going against Madden and picking the Chiefs. They just seem too good with Patrick Mahomes at the helm and should be able to score even though the Ravens defense is great this year. If the teams get into a shootout, I don’t know if Lamar Jackson and the Ravens can hold up.

Will Madden finally predict a winner? Or will the writers be correct this week?