With all the success and documented benefits of playing video games, they are still not seen by mainstream culture as a legitimate art form.

In the forty years since the introduction of the first home video game, the field has attracted exceptional artistic talent. An amalgam of traditional art forms: painting, writing, sculpture, music, storytelling, and cinematography. Video games offer artists, a previously unprecedented method of communicating with and engaging audiences. It is time that people realize that interactive arts like, video games, deserve a place in the hallowed halls known as Art Museums. This so all of the future generations can appreciate them for the works of art they are and to realize that video games are not just toys.

Art has come a long way from portraits and stone sculptures. Though these forms of art will always be seen as a classic medium, many new art forms have emerged and are generally accepted in the art community. These forms of art became better known as Modern Art. Examples of Modern Art would include but are not limited to Impressionism, Fauvism, Abstract art, Cubism, Surrealism, and Minimalism just to name a few. No matter the style or form of art being used, art has always been about enrichment, expression, enlightenment, and interpretation. All the forms of art struggled to be recognized as legitimate art forms in their time as well. These art forms have given the world great artists to look up to and are now seen as masters in the art world. People like; Jackson Pollock, Pablo Picasso, Vincent Van Gogh, and Claude Monet. After many years these forms of art have found their way into museums, they have even been given museums of their own like the Guggenheim and the Museum of Modern Art. These examples are just two of the many museums spread across the world.

Evolution of Games as Art

Video games have been around since 1958 with the oscilloscope; which was created by Physicist Willy Higinbotham in Brookhaven National Laboratory in Upton, New York. There are people who speculate that the first video games were created for military purposes and others believe they were created to be played by MIT students, who knew about them through word of mouth. It is fair to surmise that video games were not actually works of art until, Nolan Bushnell and Ted Dabney introduced the world to Pong on May 24, 1972. Even though it was simple in nature, Pong could be easily linked to art forms like Cubism and Suprematism. Having only two rectangles, two numbers for the score, and one bouncing square; players used their imaginations to see a tennis game being played out in front of them. Video games truly solidified themselves as art in 1985 when Japanese game designer Shigeru Miyamoto, introduced the most iconic figure in video games to the world, Super Mario. Super Mario would be the first of many iconic figures to be recognized around the world. Super Mario would be followed by other future icons such as Sonic the Hedgehog, by Hirokazu Yasuhara; Ryu from Street Fighter, by Takashi Nishiyama; and more recently Master Chief from Halo, by Bungie studios. Yet still, video games do not have permanent homes in museums.

Unlike most forms of art or even media, video games have the talents of world-renowned musical composers, screenwriters, and actors to work along with the many talented designers and artists involved in the creation of a game. The music in video games has become so popular and recognizable, that a traveling symphony was created to honor it called Video Games Live. On July 6th, 2005, at the Hollywood Bowl, the concert debuted when the Los Angeles Philharmonic Orchestra performed to an audience of 11,000 people. The crowd consisted not only of fans of video games but included people who were fans of classical music.  All those in attendance came to see what video game music had to offer the world. By the night’s end, not a single person was still seated, they were all standing and cheering in appreciation for the music they had heard. Video games had finally made a mark on classic cultured arts. To this day the tour still travels the world to showcase music from video games to sellout crowds. Even with recognition from the music world, the art that is a video game is not considered worthy of a real home in museums. 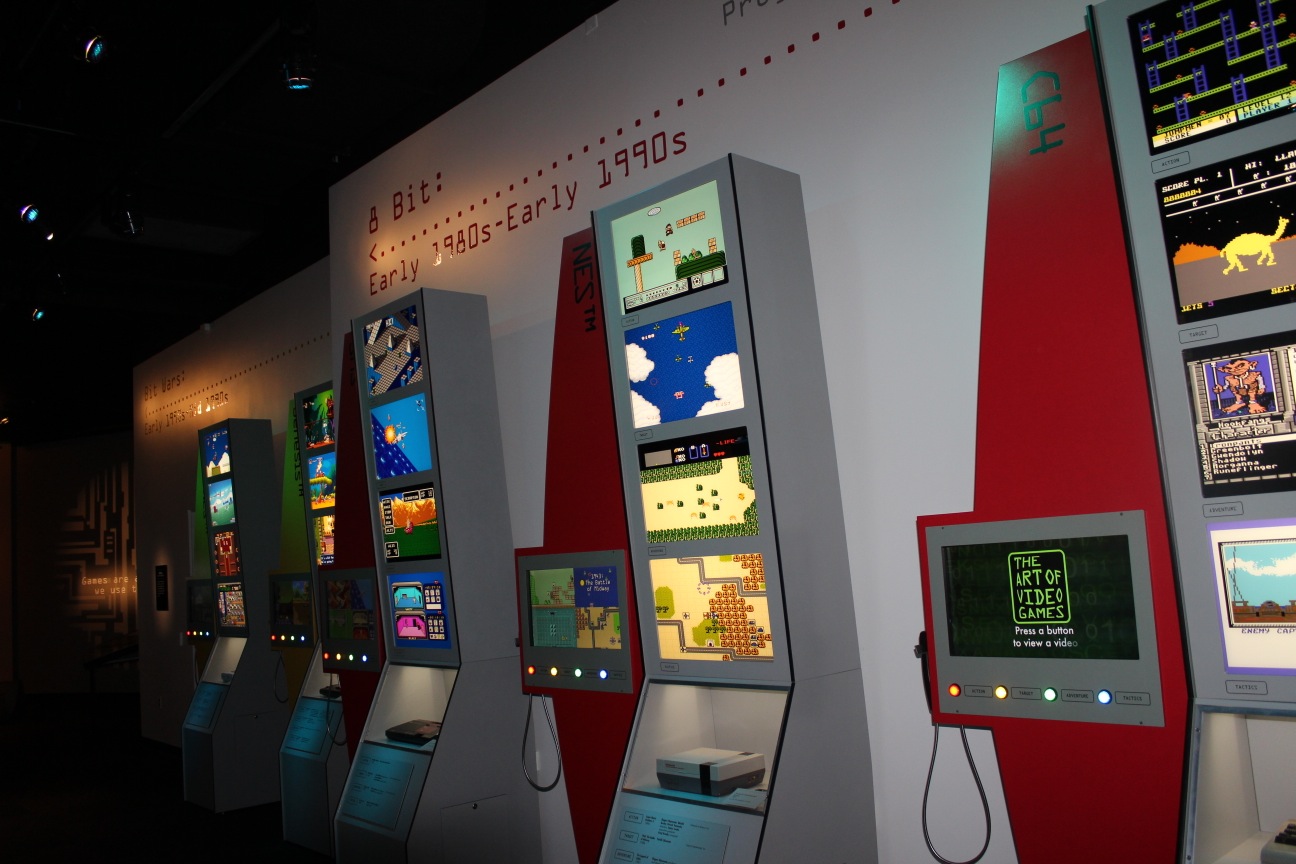 Many children in our current era are not thrilled and or versed in going to art museums anymore. They are not aware of who some of the greatest artists were and are. Over the past few years attendance for many art museums across the world has decreased. Many children see art as boring and the act of going to a museum to see it more of a chore; than a chance to see inspirational and moving pieces created by extremely talented people. What is currently featured in most art museums is not relevant to this generation of children. If a random selection of ten children were to be shown several works of art done by the likes of Jackson Pollock, Pablo Picasso, Vincent Van Gogh, and Claude Monet it would be hard to say how many if any could recognize which is which. Now perform the same test using characters from any video game no matter how obscure and the group would more than likely be able to name them all. This same study can possibly be done with people eighteen to thirty years of age as well. By adding video games to art museums, it would help raise awareness in other forms of art to newer generations. All art no matter what the form should be appreciated and studied by current generations and future generations. The inclusion of video games is beneficial to not only the museums but to the people who visit or better said should be visiting them. Video games can give art museums around the world a breath of new life and attracted millions of new visitors.

There has been no other time in history that an art form has contributed so much to modern culture on a global level. It also is one form that has had to work so hard to be recognized as the works of art they are. Movements are being made across the world to help bring and to keep video games at art museums. In an interview with Irrational Games, creative director Ken Levine he was quoted saying: “In discussing an exhibition, gamers and developers agree that video games are similar to other forms of art in that they’re not complete until experienced by someone. Every person reacts to an artwork differently, lending it meanings that even its creator didn’t intend”. Many people are still closed minded about video games, claiming they are nothing more than expensive toys. Hopefully, they will take the time to visit an exhibit if it comes to a city near them. Then and only then will they fully understand the power of inspiration and beauty that video games have.

MHG Madness – The Round of 32 Continues