Welcome back guardians to another weekend full of news and updates in Destiny 2! I hope you are ready as we are going to take a quick peek into the stasis reveal trailer and point out some things that others may have missed. Also what effect will stasis have on the game? Freeze tag crucible is in our future! Xur and Trials are also in here so let’s get to it!

So this week during the Xbox game reveal we got our first look at the new supers and abilities that are coming in Beyond Light this November. I wrote an article speculating about these supers and I am happy to say I was right (in theory) on a few things in how everything is going to work. However, no one is going to know exactly how these work until they tell us or when we get our hands on the game. I do want to point out something that I noticed during the trailer that made me think of another game, Anthem. In Anthem the way the combat worked was a primer/detonator system to deal additional damage to the target. Take that framework of combat and implement that into how stasis works Encase/Shatter. In the trailer, we see multiple times where enemies are encased by the first ability then shattered. It’s uncertain if this will cause additional damage to surrounding enemies when shattering one but it’s a possibility. Let’s take a look at each class to point out something unique to each class that was shown in the trailer. 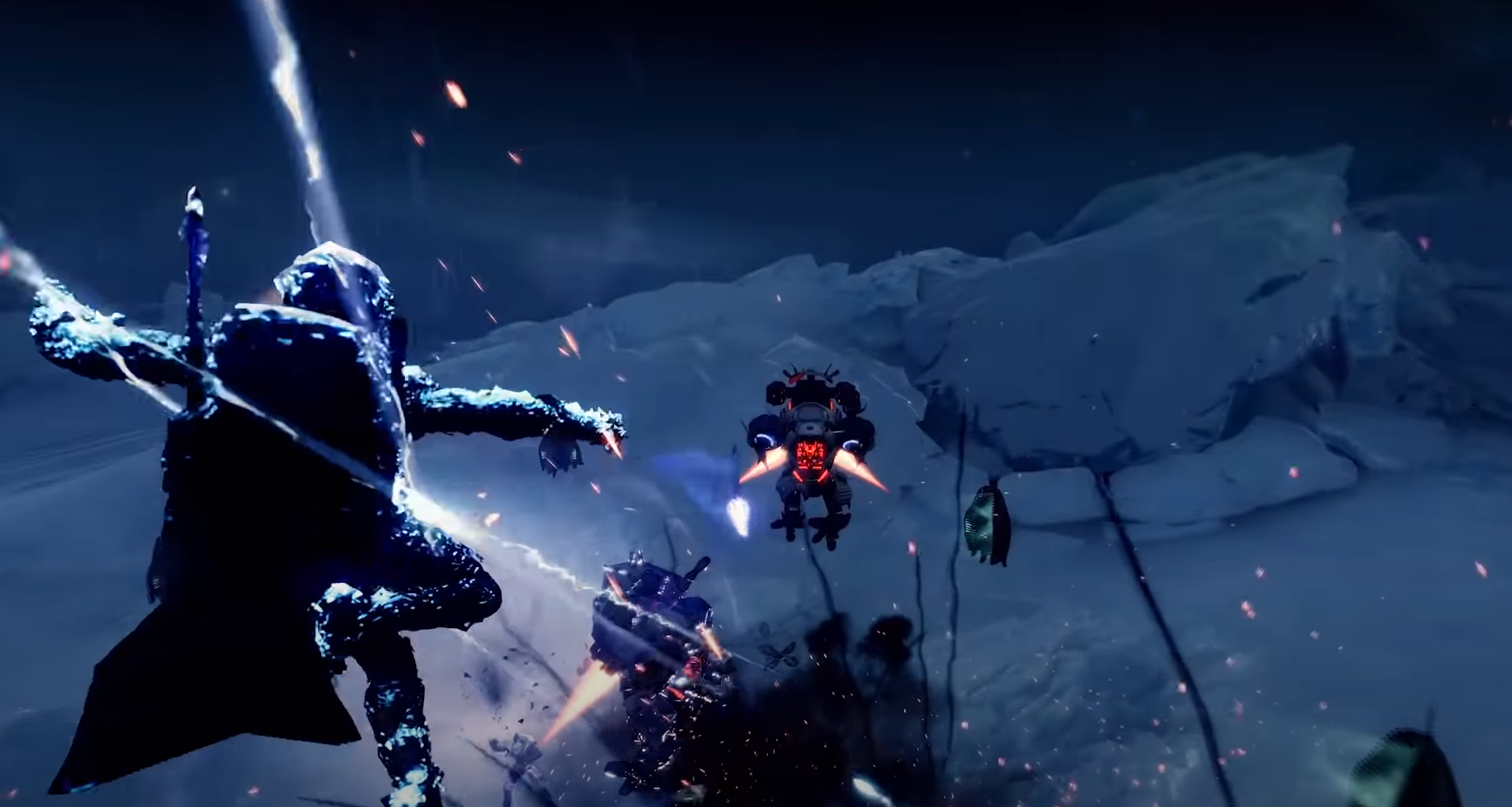 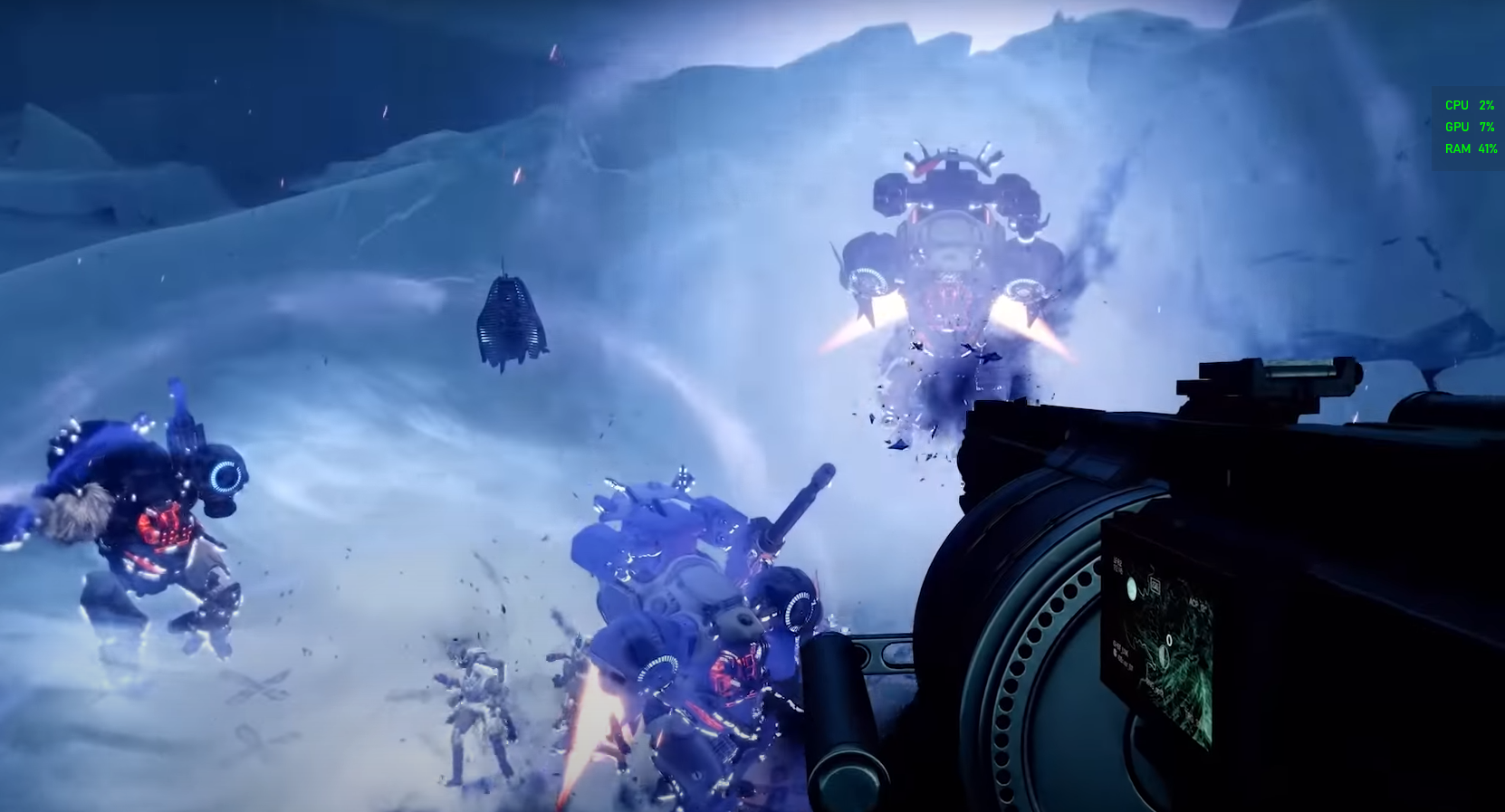 The Hunter has a similar animation to Blade Barrage but the result is far from the same. Stasis bubbles seem to form when the ax hits its target. To me, that would be a perfect way to encase multiple enemies and debuff a bigger target. That is similar to the tether but seems more effective and consistent since it’s a bubble and not reliant on the tether actually attaching to them. I am super excited to see how this super works as well as channel my inner Titan and ground pound enemies from above!

In the trailer, it looks like the Warlock enters a floating state like Nova Warp but shatters everything that was previously encased. This leads me to believe that it’s a two-part super where the first pulse encases and the second shatters. Also, a big thing to point out is the range that this pulse goes a pretty good distance before dissipating so that will be interesting to test out on the PvP side.

This one by far is the most interesting to me. In one particular frame, the Titan slides causing ice to generate around him, and as he makes contact with enemies they shatter. To me, this is a mix of the regular Shoulder Charge and the Hunter sliding uppercut. This definitely has me intrigued as well as the ground pound super that the Titan demonstrated towards the beginning of the trailer. 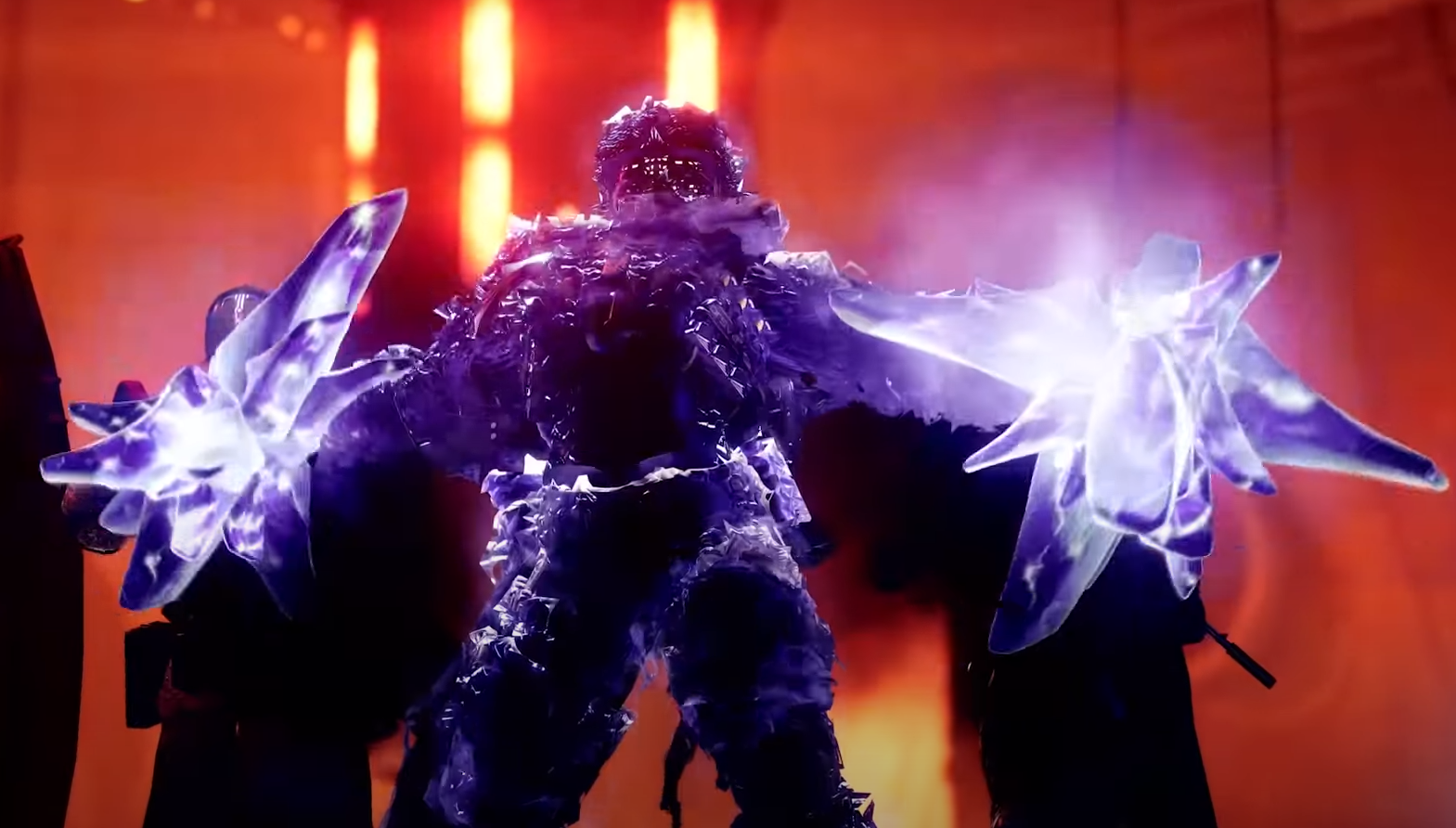 Keep your eyes on the website for more on this in the future as we continue to break down the brand new Subclasses coming in Beyond Light comparing my theories with the new information that we have now!

The best Xur has to offer 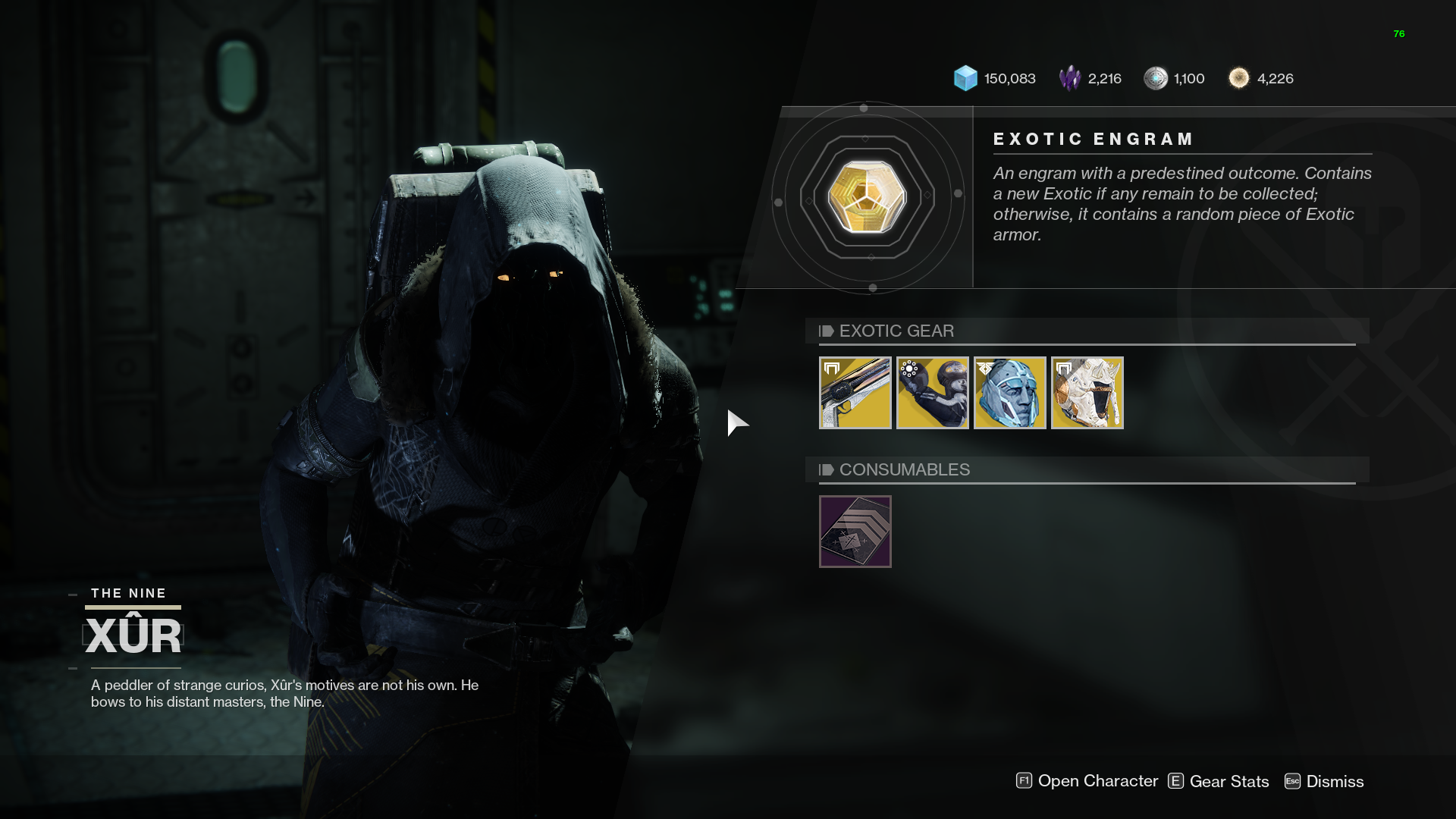 This week Xur can be found on Titan on the Rig. He was an interesting find this week as some of the contact bosses in that area were hanging out with him. 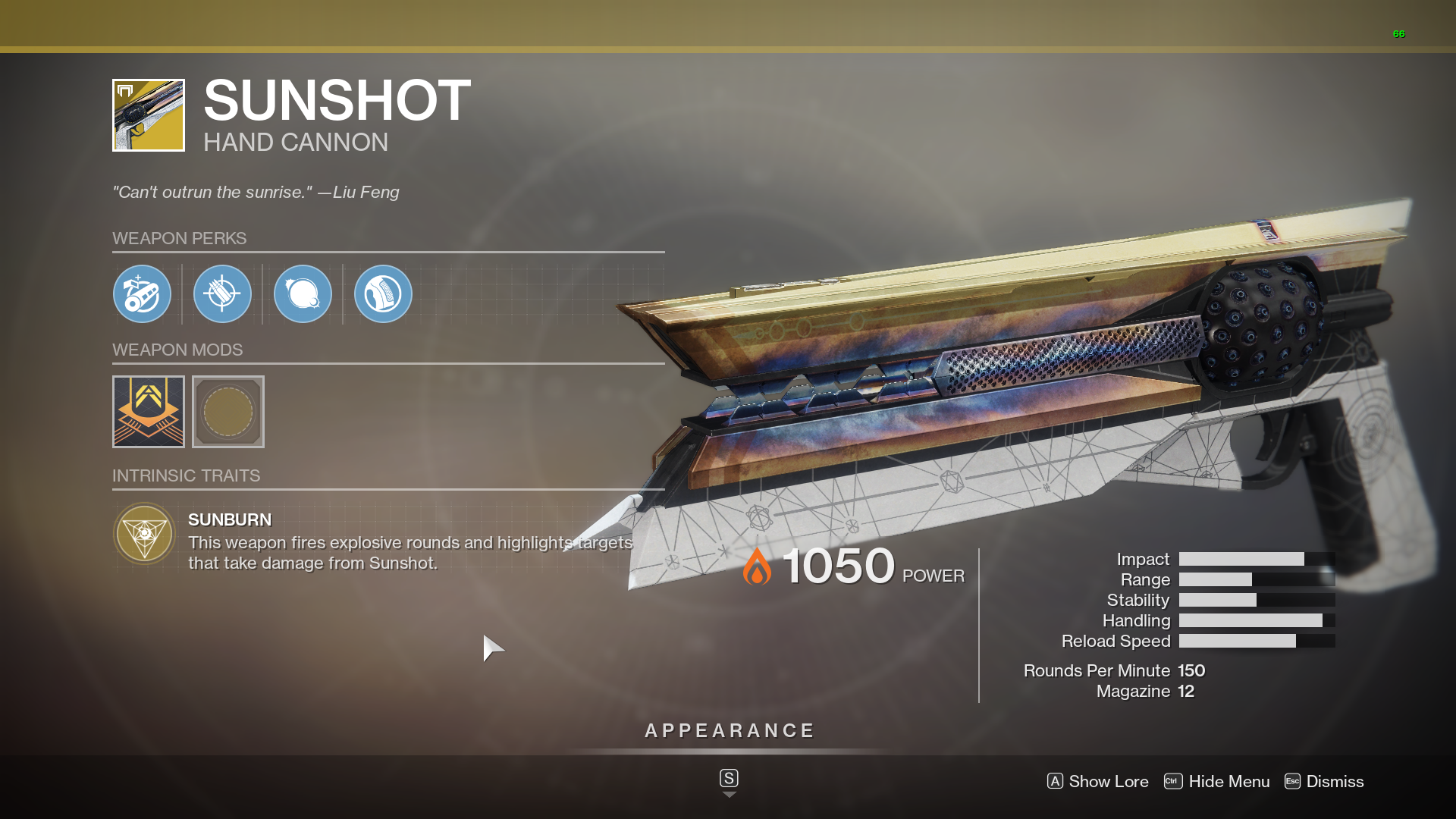 The weapon for the week is Sunshot. This exotic Hand Cannon has an intrinsic trait called Sun Burn which allows it to fire explosive rounds. Final blows with this weapon will cause the enemy to explode also causing the enemies around them to explode around them if they are weak enough. The gun is a lot of fun to use and satisfying to see everything just explode right in front of you. If you don’t have it I would highly suggest picking it up. 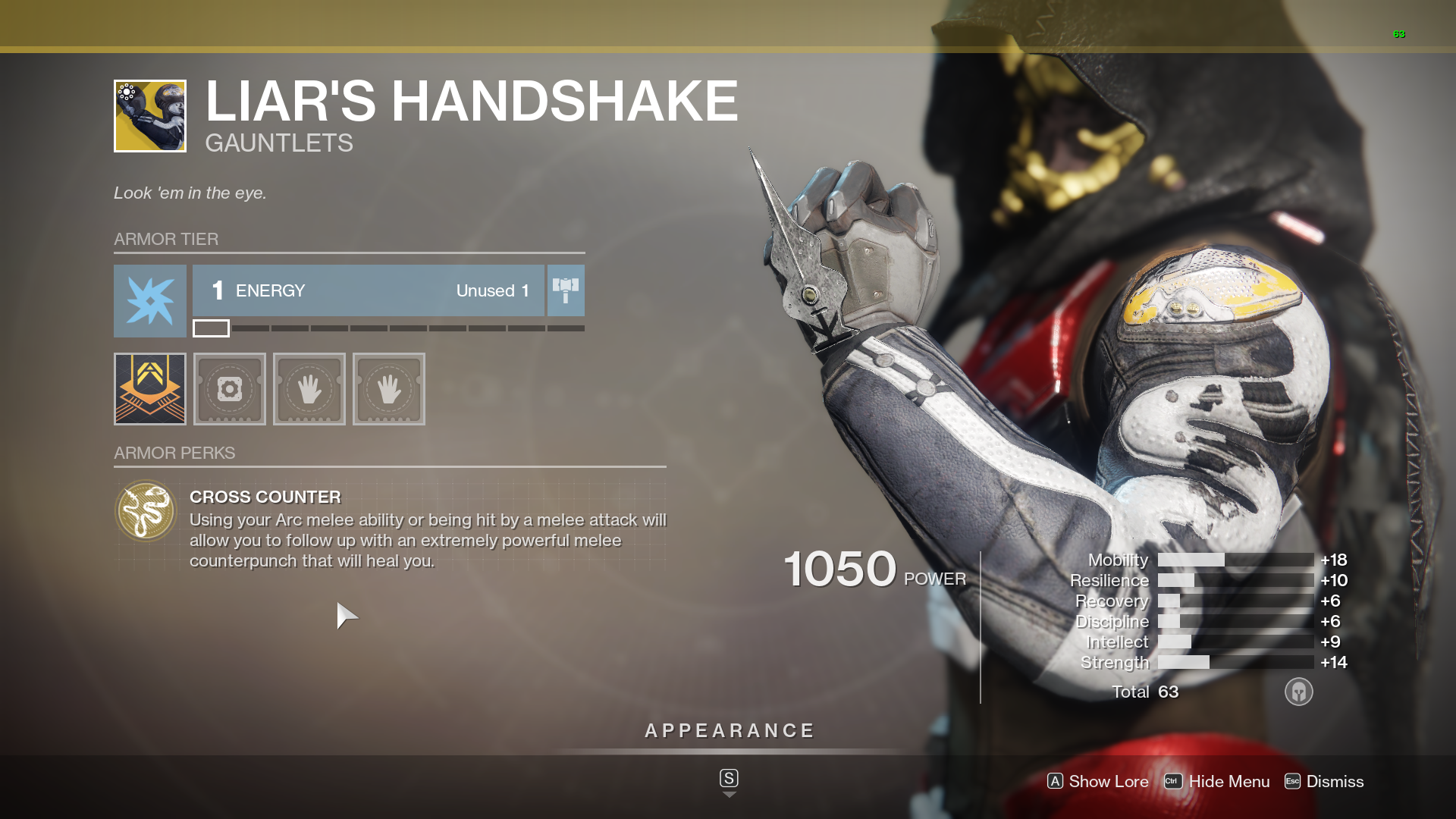 The Hunter exotic for the week is one that I have been waiting for a while now. Liar’s Handshake has graced its presence with Xur this week. The exotic perk on these gauntlets is called Cross Counter. Using your melee ability or being hit by a melee attack will trigger this perk allowing you to follow up with an extremely powerful counterpunch that will heal you. The total stat roll this week is a 63 with Mobility (18) and Strength (14) being the highest stat values. These Gauntlets are by far and away my favorite exotic for the Hunter this year for both PvP and PvE. They are super versatile and give the hunter a great playstyle that is aggressive and beneficial at the same time. If you haven’t used them in a while I would encourage you to pick these up as the stat roll is good and the fun you will have with them will be even better! 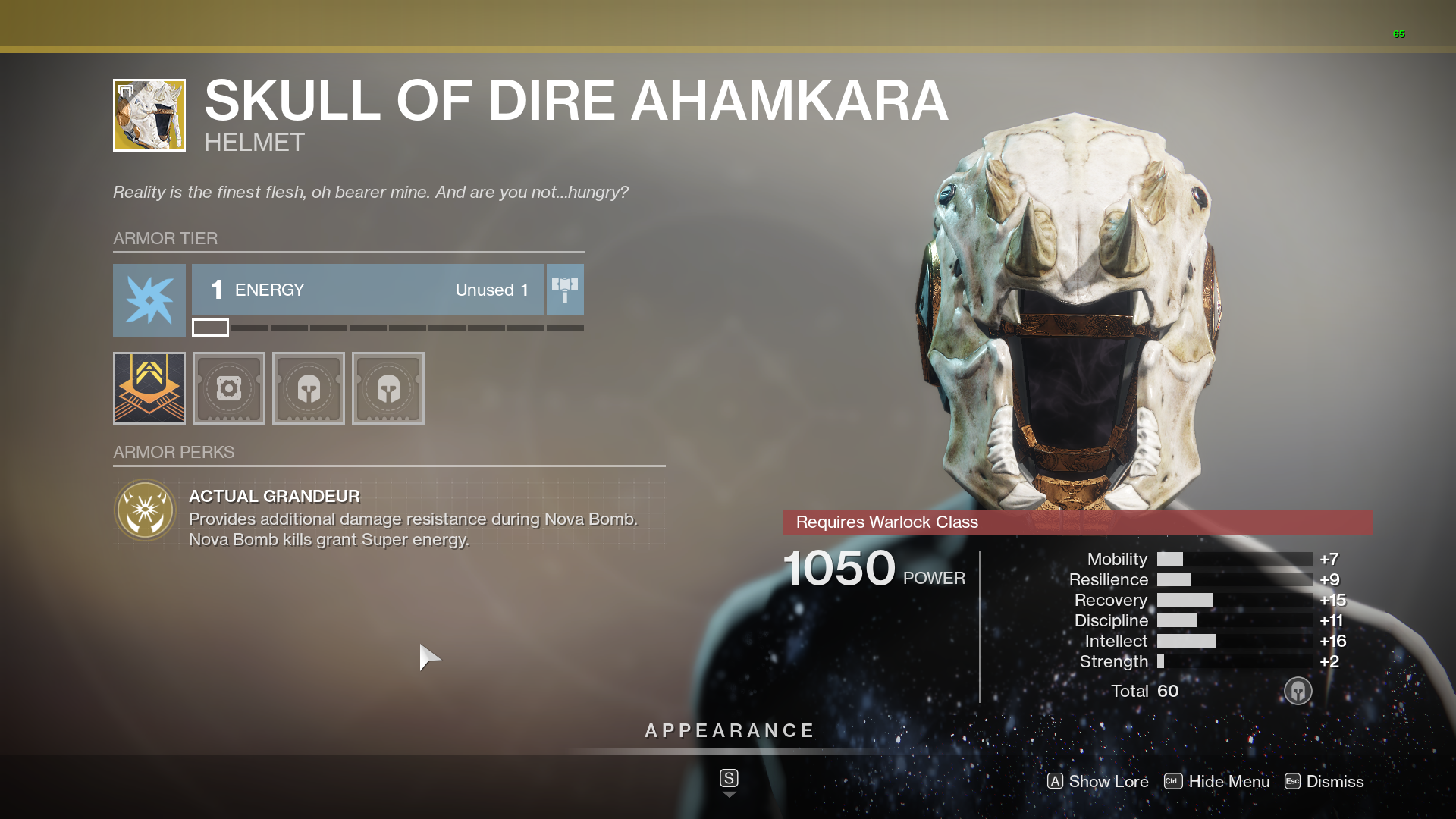 Warlocks this week have the Skull of Dire Ahamkara. The exotic perk is called Actual Grandeur that allows you to get super energy back on Nova Bomb kills. The stat roll is 60 with high Recovery (15) and Intellect (16). This exotic use to be busted before Bungie nerfed these and the Orpheus Rigs for the Hunter as people were getting their super back instantly after using it. This exotic in its nerfed form is still very good though. Typically when used on a large group of enemies Warlocks can get back half of their super. I would definitely pick this up if you are looking for a better roll on this armor. 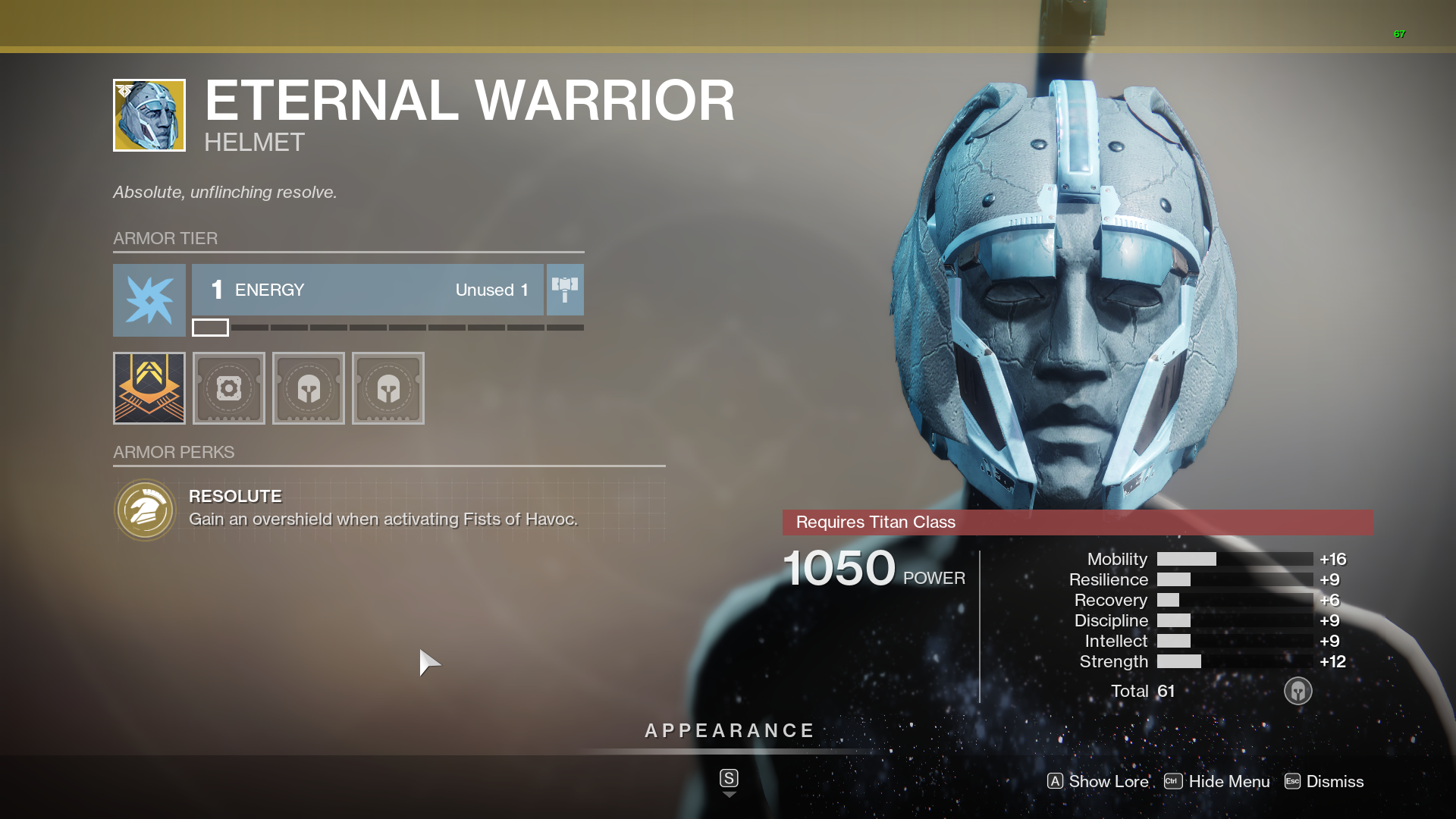 Titans, the exotic that Xur has brought you this week is one of the more unique looking exotics in the Eternal Warrior. The exotic perk on this helmet is Resolute which gives you an over shield when activating Fists of Havoc. The roll this week is a 61 with high Mobility (16) and Strength (12). This exotic is pretty useful in the Crucible if you are looking to tank a shotgun or a sniper shot when activating your super but that is all it does. I will be skipping it this week as I typically do not use this exotic but if you are collecting and don’t have it scoop it up as this is a good roll on stats.

Trials for the past two weeks has been full of armor and this week is no different.

Eyes to the Future

As another TWID comes to a close I hope you all are getting those triumphs completed and are excited to embrace the bright future that Bungie has planned for us in November and beyond. I am hopeful that these new subclasses are as awesome as they seem and really change the way we approach the game come Beyond Light. Guys and gals I hope you all have a fantastic weekend! There’s no need to fear Und3rdog10 is here!