Historians will often say that states are laboratories of democracy within the United States – each one granted wide freedoms to govern themselves as granted by the Tenth Amendment of the United States Constitution. But what if there was an actual laboratory where you could pull the levers of power to see what happens for yourself? Enter Democracy 4, a political strategy sandbox game now available in early access beta.

In Democracy 4, you’ve just been elected leader of a country. In the current version, you can select the United States, the United Kingdom, Germany, France, and Canada – with more expected to come. Each country comes with its own unique, electorate, sets of problems to solve, and election styles.

When starting a new game you can add your own tweaks to include forcing a three-party system, compulsory voting, your starting national debt, and your voters’ political apathy, among other things. The game also supports mods straight out of the box, so you can craft your own scenarios. 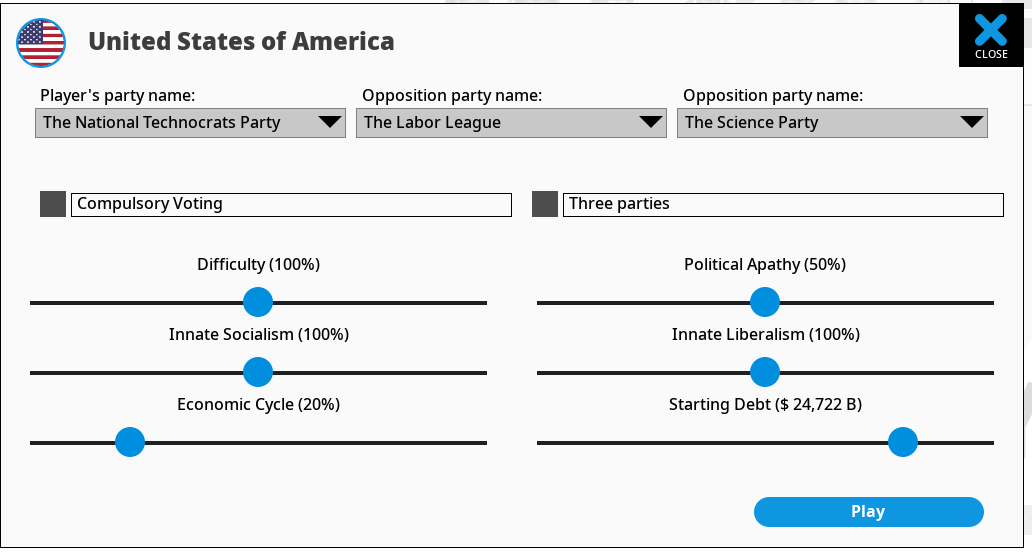 The objective of the game is what every politician strives for – to get reelected! In this game, you achieve that by solving problems that you inherit or that creep up during your term and by pleasing the various population groups that exist in the game.

You can see your overall popularity, or your popularity with specific groups, at any given time. Hovering over a population group shows you what policies or events have positive or negative influences on that group’s opinion of you. As shown in the screenshot below, you can see that Parents like child benefits, speed cameras, subsidized school buses, and free school meals while they’re concerned about drugs, guns, and some health crises that my player is currently dealing with. 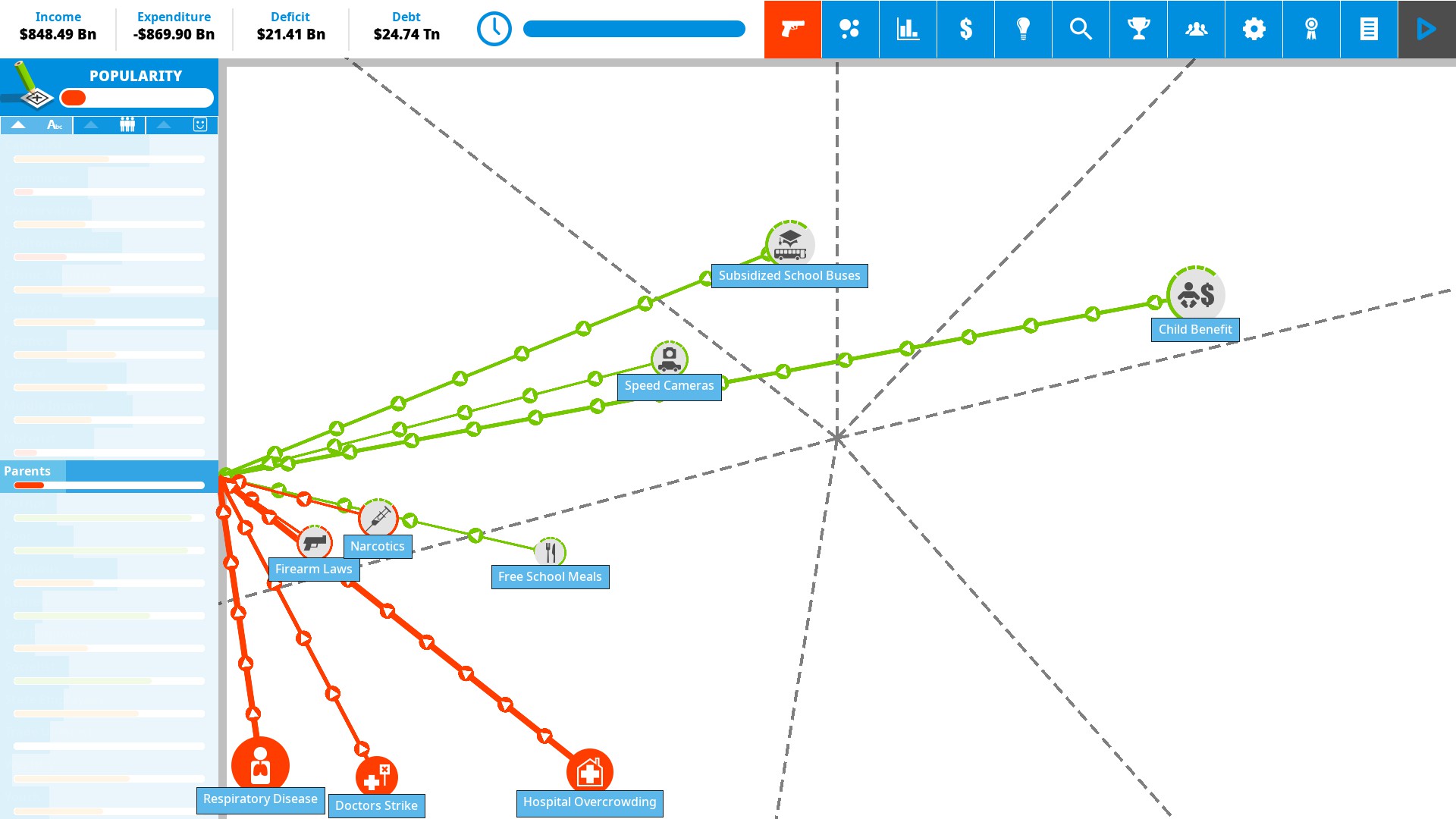 Voters will often belong to many different and unique population groups. For example, you’re going to have liberal and conservative parents – parents that are wealthy, poor, or middle class – parents that are religious, ethnic minorities, motorists, commuters, capitalists, self-employed, farmers – you name it! The tricky part is knowing going in that you cannot please everyone – you must make difficult choices about who your base is going to be and build a coalition around them.

Parents are important, yes, but are conservative parents willing to overlook your more liberal policies just because you’ve kept guns out of schools and improved child tax benefits?

The way you move the needle among groups is to enact policies. Each policy costs a certain amount of political capital to implement, with more radical changes requiring more political capital. For instance, raising taxes almost always costs more capital than lowering taxes. You regain political capital each turn based largely on the influence of your advisors. 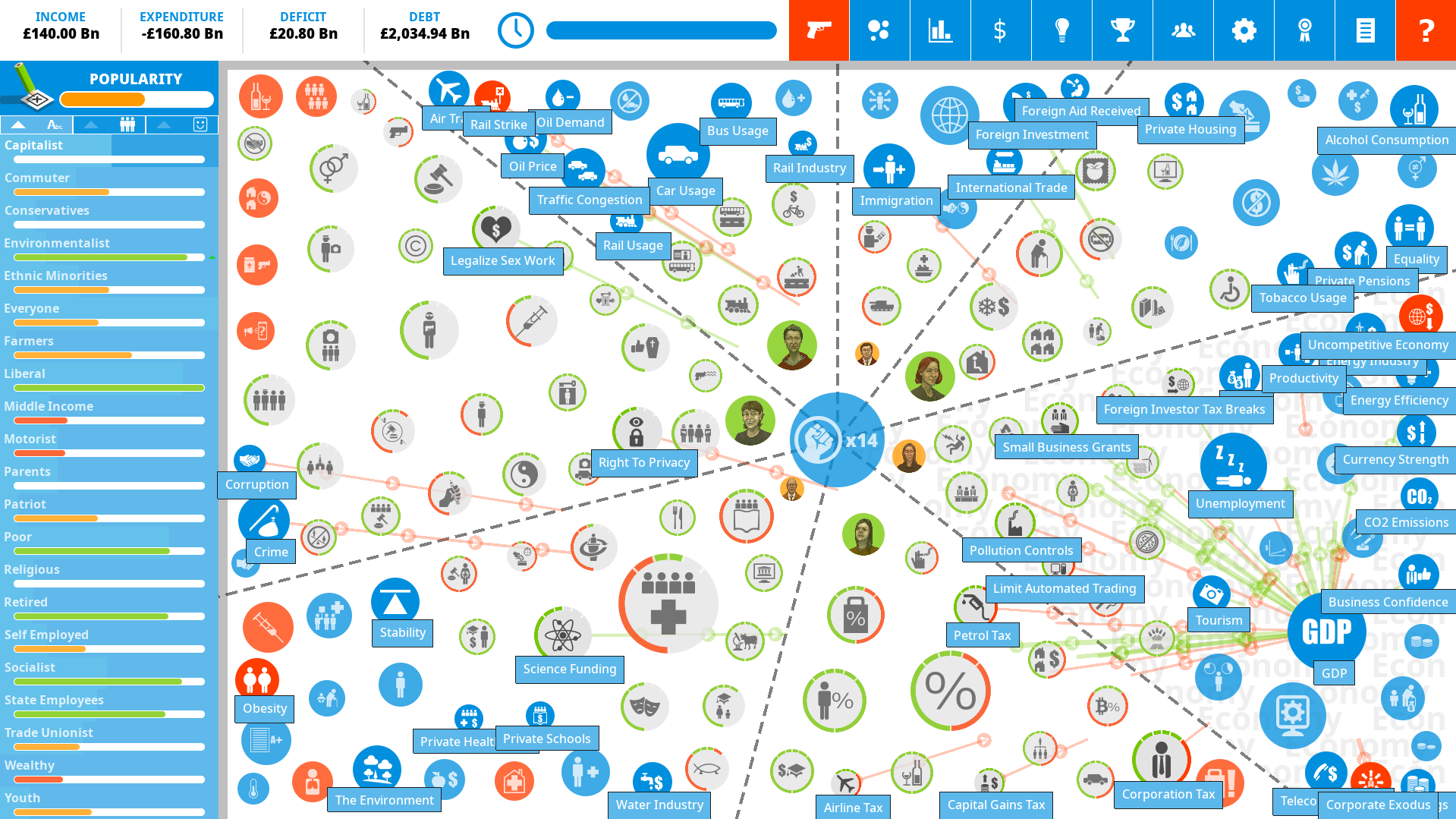 Just like with populations, you can see what effect each policy has on population groups and on key metrics such as GDP, corruption, stability, democracy, the environment, foreign relations – the list goes on!

I’ve enjoyed what I’ve played so far. The game is a deep web of interconnected and competing interests. Reporting and statistics are abundant, allowing the shrewd player the ability to complete the political calculus when considering moves each turn.

Democracy 4 at its core is pretty much the same as the previous iterations of the game. A few new features such as third parties and additional policies and scenarios have been added. Democracy 4 feels a bit more balanced than Democracy 3, where almost every game I played ended with me being assassinated before the end of my first term.

There are a few noticeable bugs, but those can be forgiven – it is a beta, after all. Updates are regularly pushed out with new features and bug fixes, and if you’re a beta member you can vote on what features the developers should focus on next.

Democracy 4 isn’t preachy about politics, but it does offer up unique insights into the consequences of your actions and policies on other facets of life. If you’ve ever wondered why the government can’t simply enact a policy you think should be law, this may show you just how complicated it could be – but certainly not impossible. Nothing is stopping you from being Karl Marx or Ayn Rand – if anything, it could give you some very unique challenges to solve.

Overall, Democracy 4 is a deep, challenging, and surprisingly educational strategy game that should appeal to gamers who enjoy tinkering, politics, or deep strategy.

You can find Democracy 4 for PC now in Early Access on Steam, the Epic Store, GOG, and the Humble Store.

What’s The Best Flight Stick For You And Your Budget?