My introduction to The Witcher franchise came in the form of the 2015 masterpiece, The Witcher 3: Wild Hunt. I bought it on sale during the Winter Sale on Xbox, and like all the other RPGs that live in the depths of my soul forevermore, Witcher 3 nestled in there nicely. When Netflix announced it was making a television adaption, my heart leaped. After months of casting announcements, pressers, and trailers, the show has finally arrived. Join me as I review the first season, the good, the bad, and the absolutely brilliant. Some spoilers are included and please, enjoy this Rad Review.

The things that are truly good about Netflix’s The Witcher are abundant. I have more good to say about this show than anything else. In my opinion, the show did little wrong and many things so, so right.

The sets and locations of the show are breathtaking; I feel like I’m on right there on the Continent, whether blood-soaked in Blaviken or freezing cold in Temeria. I was fully immersed from my seat on my couch, practically exposed to the climates and environments I was being whisked away to on my television.

The costumes hold a similar weight, in my opinion. While some people have a lot of bad things to say about Henry Cavill’s, who plays Geralt of Rivia, wig, I didn’t think it detracted from the show. He isn’t supposed to look normal. His hair is practically white, but in an artificial way – what many attribute to his transformation into a Witcher. I thought it was just fine, and went nicely with the other fantasy elements of the show. From elves to mages to dragons, the costumes and makeup were great. Very simply, the story was also very good. This is easy though, as the show is based on the books written by Andrzej Sapkowski. The stories are beloved, so it wasn’t hard for showrunner Lauren S. Hissrich to build upon the content that was already there. The books are told from Geralt’s perspective, so some of the narratives for main characters Ciri (Freya Allan) and Yennefer of Vengerberg (Anya Chalotra) were “improvised” but were true to the backstories provided in the novels themselves. They were executed well, and by the end, it’s clear all of their stories are going to meld together.

I remember reading an article early on about how the fighting scenes were going to be even more epic than those seen in Game of Thrones, and while they weren’t quite up to that caliber, the battle and fighting scenes were very well done. From the first episode on there are battle scenes of small and large scale, and the heat, filth, and gore is felt within each of them. Magic and hand combat work well in synergy, and the urgency of each fight is felt with every blow. A good job was done all around by the actors, stunt doubles, directing, and editing teams, particularly in the show’s rendition of how Geralt earned his title as the Butcher of Blaviken. 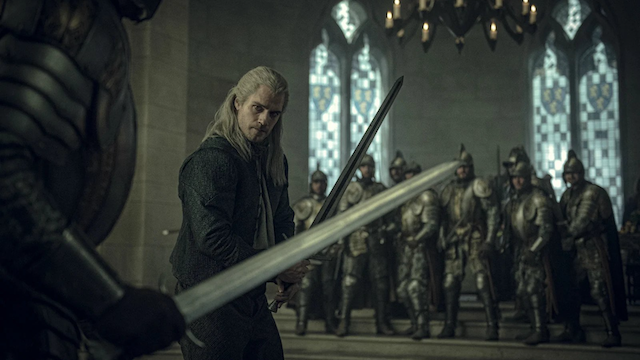 Perhaps the forgotten stars of The Witcher are those of the monsters Geralt faces. As a Witcher, it is his job to hunt Monsters, both on contracts or merely as an act of kindness. There are a number of monsters throughout the first season, from the iconic Kikimora to the truly horrifying Striga, the monsters are abundant and mostly believable. Some of the effects and designs removed me from my immersion a bit, but the storytelling and acting kept me locked into the Continent firmly, and I wasn’t leaving until Geralt butchered them all.

Really one thing stands out as bad for me, and that was the differing timelines. Geralt, Yennefer, and Ciri all eventually come together in the same timeline, but the show doesn’t start out that way. And while that in itself isn’t bad at all, the way it’s executed and delivered to the audience is somewhat confusing, convoluted, and hard to follow. Once the light bulb went off it became clearer, but it really felt like we weren’t supposed to realize it until halfway through the season, which doesn’t make that much sense. There are some moments of surprise and shock once the timeline differences are revealed, which was satisfying, but it mostly left me feeling confused and annoyed.

It doesn’t take that much for me to get protective over characters across almost any medium, so it isn’t a surprise that I’m claiming the characters as one of the most brilliant aspects of The Witcher. Many of them were familiar to me through my experience with Witcher 3, but even those I was meeting for the first time I was blown away by.

Geralt, Ciri, and Yennefer, the main characters in the first season, were spot on to the characters I met in Witcher 3, and according to friends who read the book (hi Heather), they were pretty spot-on, too. We’ll get to performances in a minute, but as for the characters themselves, I was in deep with their arcs as soon as they presented themselves to me. Yennefer’s transformation particularly was so well done and so heartfelt, I was crying, raging, and swelling with confidence alongside her. 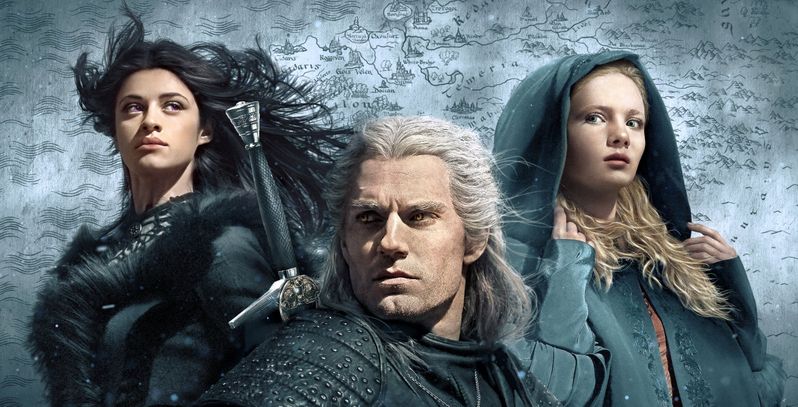 Secondary characters were just as potent. Tissaia de Vries (MyAnna Buring), Queen Calanthe (Jodhi May), Jaskier (Joey Batey), and Triss Merrigold (Anna Shaffer) stand out to me as exciting characters that leave their mark on the story, even with their presences’ not being as frequent as the main characters. In fact, without these secondary characters along for the ride, The Witcher wouldn’t have been as thrilling a tale. The characters we meet throughout the show fuel the story and make it that much better, the risks feeling greater, the losses hitting harder.

When the initial reports were made about the cast, the Witcher fandom was looking at 3 or 4 announcements in particular: Henry Cavill as Geralt, Freya Allan as Ciri, Anya Chalotra as Yennefer, and Anna Shaffer as Triss. These four characters are largely loved across the fandom due to their roles in the novels and the games (not just Witcher 3). There were some early concerns posed about the casting, and I have to say, within a few episodes, if even that, those concerns were silenced.

Henry Cavill has reported that he is a fan of the series, both the books and the games. He was very well acquainted with Geralt before even taking on the role, and his love for The White Wolf shines in his performance. His wordy scenes are stellar, especially with Jaskier and Yennefer, but it’s his grunts and “fucks” that seal the deal. It’s like Geralt popped out of the game and came to life right before our eyes. Throw a coin for your Witcher, because Cavill nails it.

Anna Shaffer plays the sweet but cunning sorceress Triss Merrigold, hand to King Foltest in Temeria. While in season 1 she has a fairly limited role, her presence is major as many familiar Witcher fans know that she becomes a bigger part in Geralt’s life later down the road. Shaffer was perhaps the most surprising casting for me, as I only knew Triss from Witcher 3 and a tad from Witcher 2. But her character in Netflix’s rendition, and what is more true to the books, is that she is a smart, powerful mage, which Shaffer portrays with gentle finesse. Shaffer will have Triss fans everywhere swooning, and even some normally-Triss-haters, like myself. 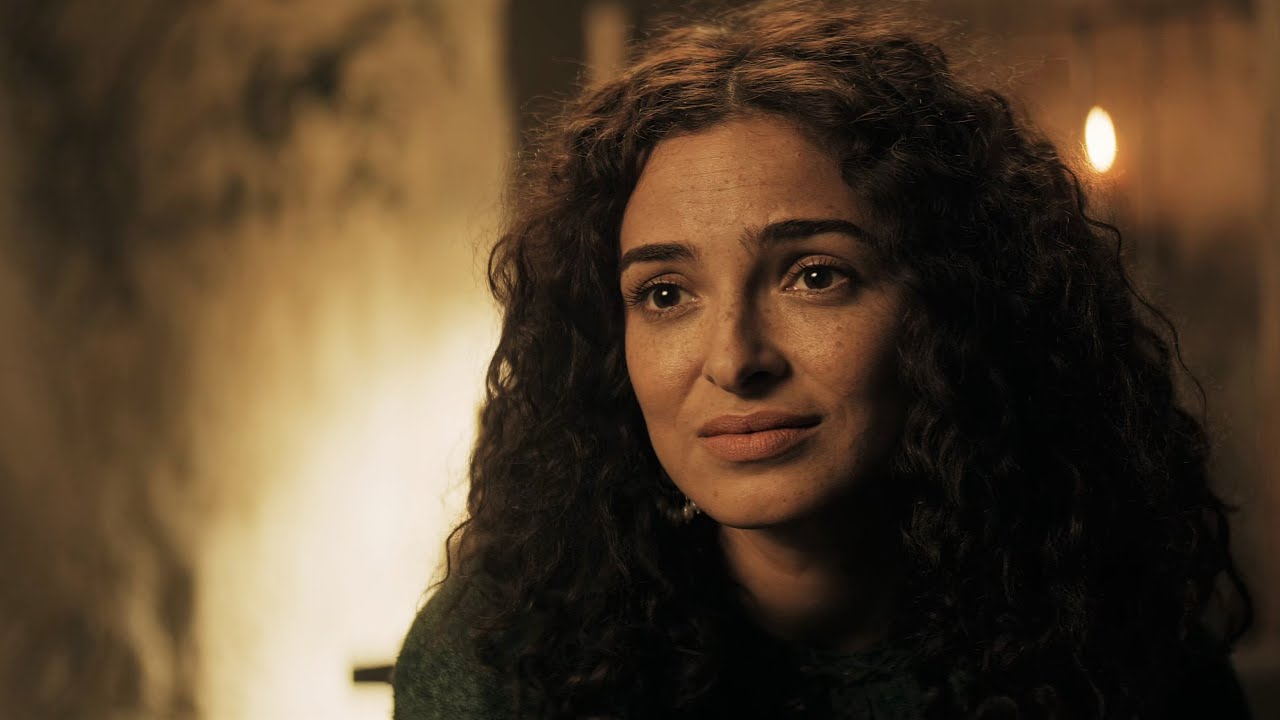 Freya Allan dazzles as the wide-eyed, young Cirilla, a princess who escapes the fall of her kingdom and begins her search for her ward, Geralt of Rivia. Ciri’s innocence and wealthy culture are believable, and her fear of the unknown grips the viewer almost immediately, as her fate is forged in the final minutes of the series’ first episode. Allan easily finds her way into the hearts of viewers by representing the character that ties the series’ main characters altogether. Her role as daughter figure to Geralt (and beyond!) is fully realized as the characters unite, finally feeling the hole they’ve been experiencing in their lives is filled.

What may be my favorite casting move and performance of all is Anya Chalotra as Yennefer of Vengerberg. When I met Yennefer in Witcher 3, her story with Geralt was mostly established, as was her personal story. It was easy to root for her in the game and even easier in the show. Chalotra brings to life this powerful, confident mage by showing us Yennefer at her weakest and her strongest over 8 episodes and one truly amazing arc. Chalotra channels every ounce of emotion she has to convince us that Yen is more than a deformed monster worth four marks, but a strong woman with goals, desires, and strength. If you’re looking for a singular reason to watch Netflix’s The Witcher, make it Chalotra’s performance. She is the epitome of acting talent and does one of The Witcher’s most beloved characters what I believe is absolute justice. 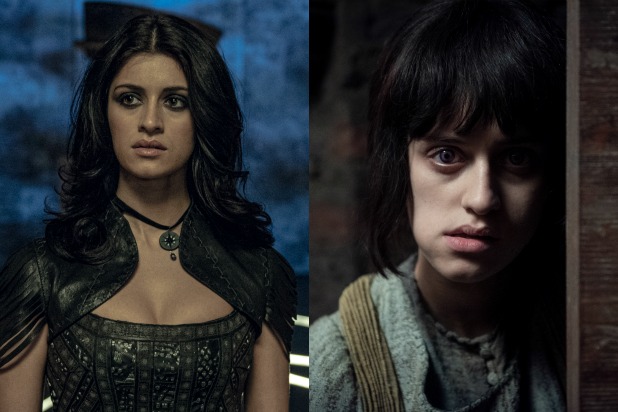 All in all, if you’re already a fan of The Witcher, whether the books or the games or both, you will enjoy this rendition of the now-classic story. The performances, story, and technical aspects of the show outshine the few negatives. It does the franchise justice, and with absolute style. New fans may have a tougher time picking up momentum, but if the series is given a chance, I think new fans will stay fans and become interested in exploring the other mediums where Witcher stories can be found.

She-Ra and the Princesses of Power