The second season of Netflix’s surprise hit The Umbrella Academy released on July 31, 2020. It’s a worthy follow up to the first season even if there were a few familiar notes. There will be mild early season spoilers as well as spoilers for Season 1, so let’s get to it.

What is the Umbrella Academy and where did things end in Season 1?

Netflix released a very succinct video recapping what the Umbrella Academy is and what happened last season. It’s worth a watch before jumping into Season 2. To put it simply, an eccentric billionaire adopted seven super-powered babies all born on the same day and turned them into a crime-fighting team. They all grew up and went their separate ways before reuniting when said billionaire died. One of the children (known as “5”), had traveled through time to the apocalypse and came back during the funeral to try to get the siblings back together to stop it. What the Hargreeves didn’t know was that one of the seven (Vanya who didn’t think she had powers) was the cause of the apocalypse. They tried and ultimately failed, to stop Vanya and instead were transported back to the 1960s by 5.

Welcome to the End of the World…again

This season starts with siblings arriving in the early ’60s in the same place but at slightly different times. 5 arrives last and witnesses another apocalypse so has to get back a little further in time to gather his siblings again to stop it. They are all in Dallas, TX right before the assassination of JFK but haven’t found each other yet so the early parts of the season focus on their individual stories as well as working to bring them all together again. The overarching threat of the apocalypse is there but still a bit distant in the early parts of the season. Part of me was disappointed in the use of another apocalyptic event but at least the writers used the backdrop of the Cold War to frame the event.

Outside of the apocalypse, I think this season’s plot was really well done. We got to really explore the different characters in a way we didn’t see as much in Season 1. They all had separate lives and took very different paths to get settled in the early 60s. We also see the fallout in the Temps Commission due to The Handler’s actions last season. She has been demoted in response to her failures and seeks justice throughout the season. This part of the season is woven into the main plot well and kept me wanting to know more about how the organization works.

As part of the Temps Commission plotline, we also get introduced to a new set of time agents, the Swedes. These three brothers are hunting down the Hargreeves siblings and add a layer of action and humor to the show. They are violent and probably a little crazy but you can see how well they work together and trust each other. Seeing them pursue the different Hargreeve siblings is fun and adds a lot to the season. 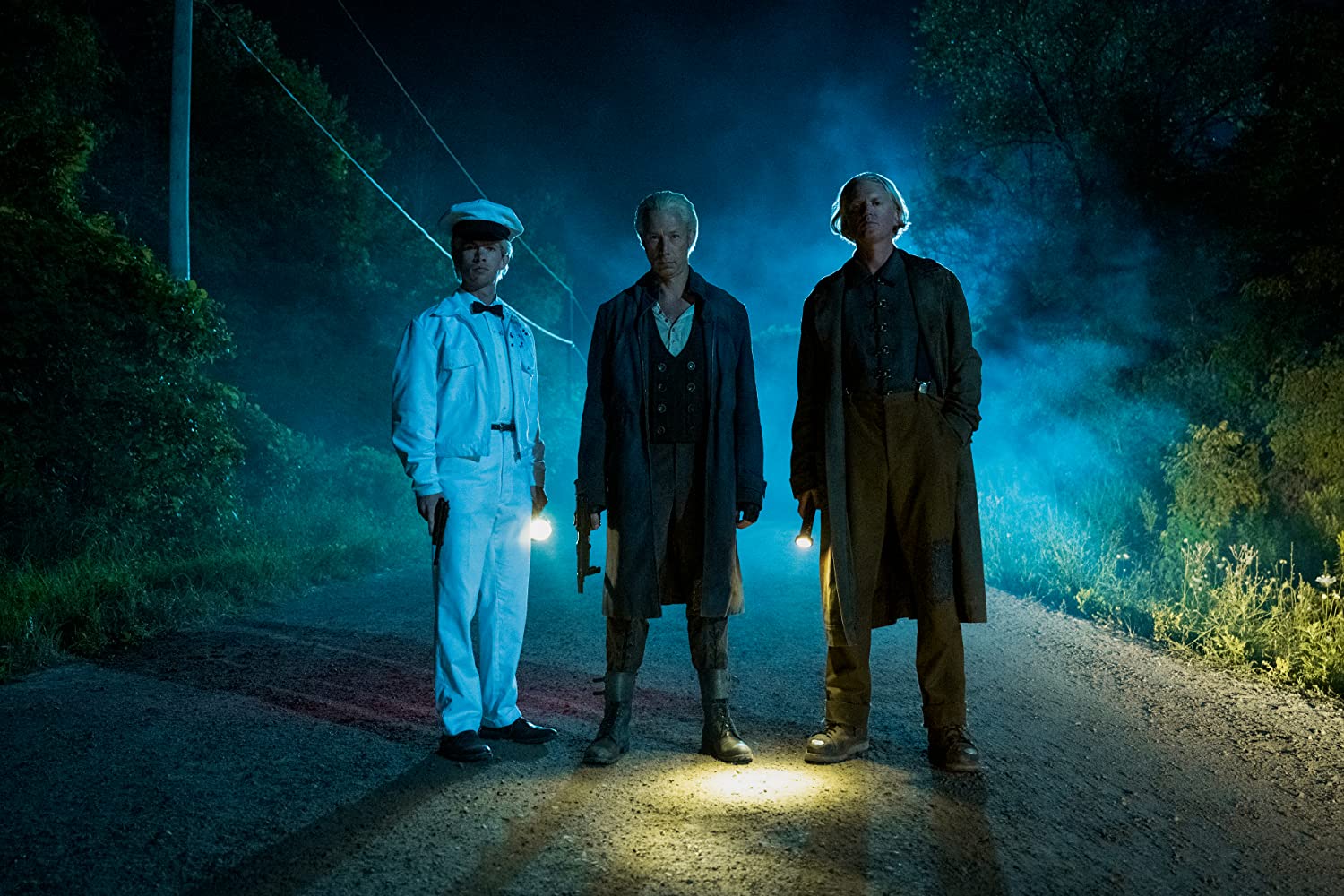 The music in Season 2 is fantastic and always makes for some interesting scenes. The team behind the show knows how to pair crazy scenes with music you aren’t expecting. There is a scene where the Backstreet Boys’ Backstreet’s Back is playing during a brutal fight scene. Not many shows do something like that. I will also say that I love the theme that plays whenever Vanya uses her powers. There is just something about it the fits perfectly. You can listen to the full soundtrack on YouTube.

Like with the first season, the visuals in The Umbrella Academy are amazing. The use of color and the styles from the 1960s make for some great viewing. This show has its own visual style and I think that is one of the things that sets it apart from other superhero shows. 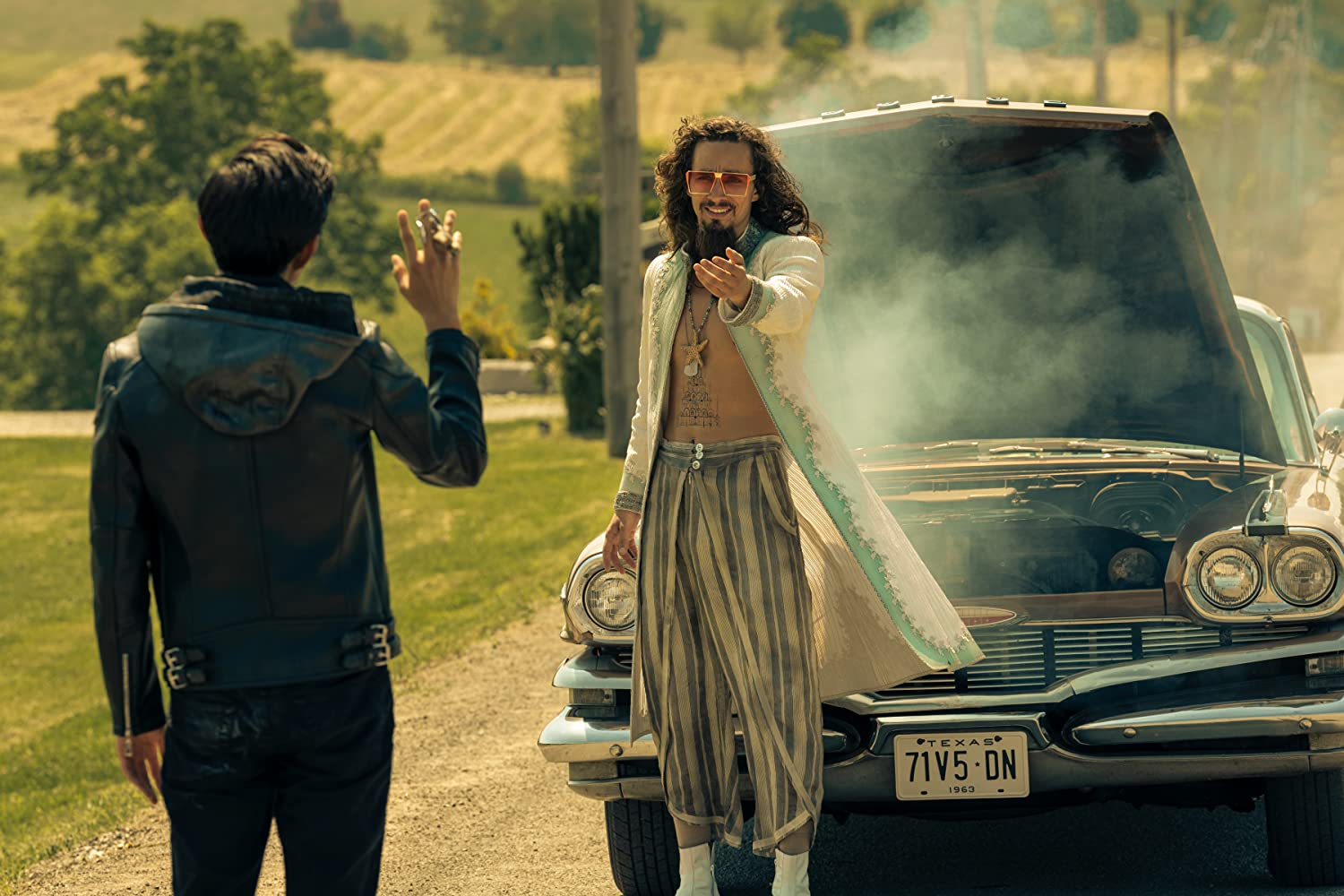 The performances in this season are fantastic from all of the actors, but Ellen Page (Vanya), Robert Sheehan (Klaus), Aidan Gallagher (No. 5), and Justin H. Min (Ben) all really stood out to me. Klaus and 5 were both fan favorites from season 1 so it is no surprise that they had great performances in this season as well. Vanya was a bit wooden in season 1 but I thought Ellen Page did a great job this season as we get to know more about Vanya and her story becomes a bit more interesting. Ben has been an interesting character since we found out that Klaus was keeping him around after his early death as a kid. The interactions between the two have been fantastic and there is a scene near the end of this season that really shows what Justin H. Min can do.

The second season of The Umbrella Academy builds upon what made the first season so great and is able to explore the Hargreeve siblings and their relationships even more. My biggest gripe about the season is the impending apocalypse plot point. But overall, the season is a lot of fun and I’d say it is even more ridiculous and fun than the first one was. Like the first season, we also get a massive cliffhanger at the end of this one. I can’t wait to see what happens in season three and beyond. I’d give this season a 9/10.

Anthony Mackie As Takeshi Kovacs In Season 2 Of Altered Carbon

Netflix – A Time to Binge