Well guys, the Mules finally got to go to their first PAX event. Thaddeus Prime and Mulehorn117 invaded San Antonio. There was no mulebaggin, but we did find this one picture in our room rather humorous. I don’t know if this is a real person’s name or…..?

We had such a great time getting to go to panels and meet other cool people in the gaming community. The first panel that we went to was a particularly funny one. Most of you guys will have heard of them. Rooster Teeth.  I didn’t really know what to expect when Thaddeus and I walked in during their Q&A, but oh my! HILARIOUS! All these guys were doing was reading questions sent in to them, but they were absolutely side-splitting! Down to earth, funny guys. I’m glad that I got to see more of them.

The next spots the Mules hit up were the free play game room and old school arcade room. These rooms were simply amazing.  I even found the old school joust game. In the other free play area there were tons of consoles and PC’s set up to play old school all the way to new gen consoles (SNES, Wii, PS 1 2 3 4, Xbox, Xbox360, X1, Game Cubes, N64 and more).  Thaddeus and myself had to rock a little OG Xbox game – Star Wars Battlefront. This game made so many memories for me. True story: It was the game that I was playing when I first meet Thaddeus Prime back in our college days. From then we were bro’s forever. So, of course we had to rock a little SWBF. A little split screen fun and then it was time to move on (Somehow I remember the game being better back then).

On Friday, after grabbing a bite to eat at a cool Irish Pub on the river walk, we headed over to meet up with our good friend and bro Guardian Outpost. Finally getting to meet in person was awesome!

On Saturday we got to meet another one of the gang from MHG: our very own Nashdaddy88! Say hello to Nashdaddy! He has a problem with Promised Land Milk. Don’t worry, we are working on getting him into PLA (Promise Land Anonymous).

We also met up with the other Nash brothers and played a little split screen Rocket League! I cannot wait until this game comes to Xbox! Loads of fun, but somehow I wasn’t as good on the Playstation 4. I blame the controllers……

Below is photo proof that I, Mulehorn117, actually played a Playstation….

We stood in the line to the Twitch panel, and wow was there ever a line. It wrapped all the way around the room and out the doors. Once inside, we estimated around 5,000 people.

It was great getting some information about twitch and making fun of Guardian Outpost as he asked his zillion questions to them during the Q&A (We love you bro, the kappa is for you lol).

From there the Mules, along with Guardian Outpost, met up with the great guys of Nerd Fu. We had a great time just chatting and looked at a few booths. (Extra Life, Stack Up – check them out.) We ran into Steve, the head guy with Stack Up, and some cool cosplayers along the way.

Enjoying a night out on the river walk

Then, we were all triple excited when we got a chance to meet Triple Wreck and chat him up a little. Really great guy and very generous with his time.

Next we went back to the hotel room to do the live podcast. Guys, it was great! I can’t say enough how awesome it was to get to meet the Nerd Fu guys and Guardian Outpost. If you are not following them on twitter make sure you do. Five guys in a hotel room. What could go wrong, right? 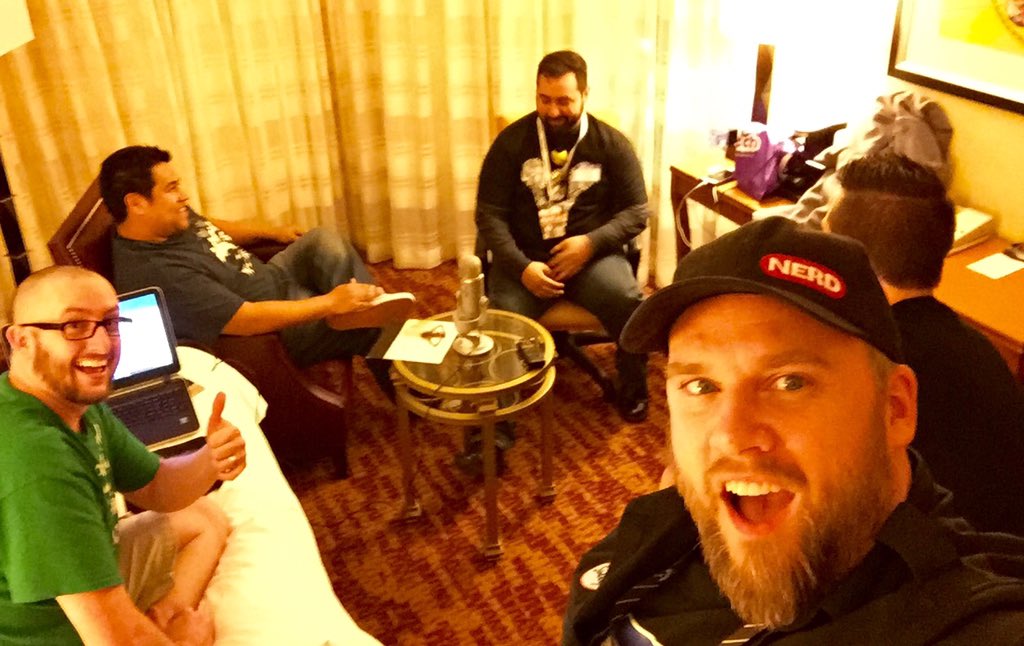 From left to right: Mulehorn117, Steve-Nerd Fu, Guardian Outpost, Thaddeus Prime (back of his head), and Sully-Nerd fu

Thank you PAX and San Antonio. It was a blast! And what do you know, while walking out we met our friend Destiny Author aka David, also a community manager with Operation Supply Drop.

So, much awesome. It was great meeting everyone and thank you again PAX South for the fun memories! We blew it up in true MHG fashion (Enjoy these cosplay pictures!)