This week, Star Trek Picard made its debut on CBS All Access in the United States, and Amazon Prime internationally. While the series premiere was fairly light in substance, it does a great job of setting the scene and justifying Picard’s return to action.

Picard is set about 20 years following the events of the film Star Trek Nemesis, where the film’s climax Data sacrifices himself to save Captain Picard. In the time since, much has happened. Picard has been promoted to Admiral, Romulus has been destroyed (unifying the timelines of classic Star Trek with the JJ Abrams reboot), and Picard finds himself separated from Starfleet and living out life on a peaceful vineyard in France.

The premiere does a great job of portraying uneasiness in Picard’s life – which is reinforced by anachronistic details in many scenes that would be noticed by hardcore fans. For example, a scene taking place on the Enterprise-D (which was destroyed in the 7th film, Star Trek Generations), while Picard is wearing civilian clothes sitting across from someone wearing a First Contact (the 8th film) style uniform.

Early on in the episode, Picard is giving a television interview regarding the anniversary of the destruction of Romulus where he is trying to bring attention to the lingering humanitarian crisis of the nearly billion Romulan refugees looking for a new home. However, it’s clear that the people of Earth and the Federation have moved away from the altruistic and noble ideals we’ve grown accustomed to seeing. Instead, the show has us experiencing a world where humanity’s concerns are directed inward, rather than outward. Fear and populism rule the day – a clear reference to our present-day but referenced in a subtle way that viewers will appreciate.

Picard is pulled back into public life and takes on a new personal mission when he encounters a girl in desperate need of his help, and it turns out that he and she have a truly shocking connection that I can’t bring myself to spoil here – it’s that good, especially for longtime fans of The Next Generation.

The Picard premiere spends a lot of time simply setting the stage, but the payoff of the twist is absolutely worth it. Picard rescues himself from wasting the last of his days and boldly launches into a crusade that gives him purpose. 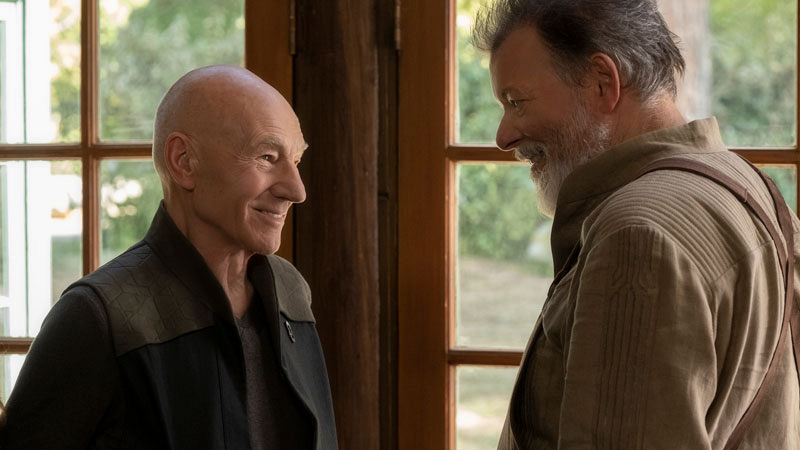 Much of the show’s promotional work has teased appearances from many popular characters, and while I wish they would’ve held some of that back, I’m still very excited to tag along with Picard to see where he leads us.