With the news of the Mass Effect Legendary Edition releasing on 5/14/2021, many details about changes, content, and what to expect have been flooding the gaming sphere since the announcement. While many were awaiting confirmation of Mass Effect’s combat mechanics and UI changing to match those of its counterparts, there is another change being made to the trilogy that is taking the Internet, particularly Twitter, by storm.

Miranda Lawson is known to many a gamer for one feature: her posterior. And while there is nothing wrong with giving a character a physically attractive figure, the way it is highlighted, promoted, and used in a game does. In the original release of the Mass Effect Trilogy, Miranda’s body is notably the center of attention during cutscenes that have absolutely nothing to do with her sexuality and goes against almost everything in her story arc. 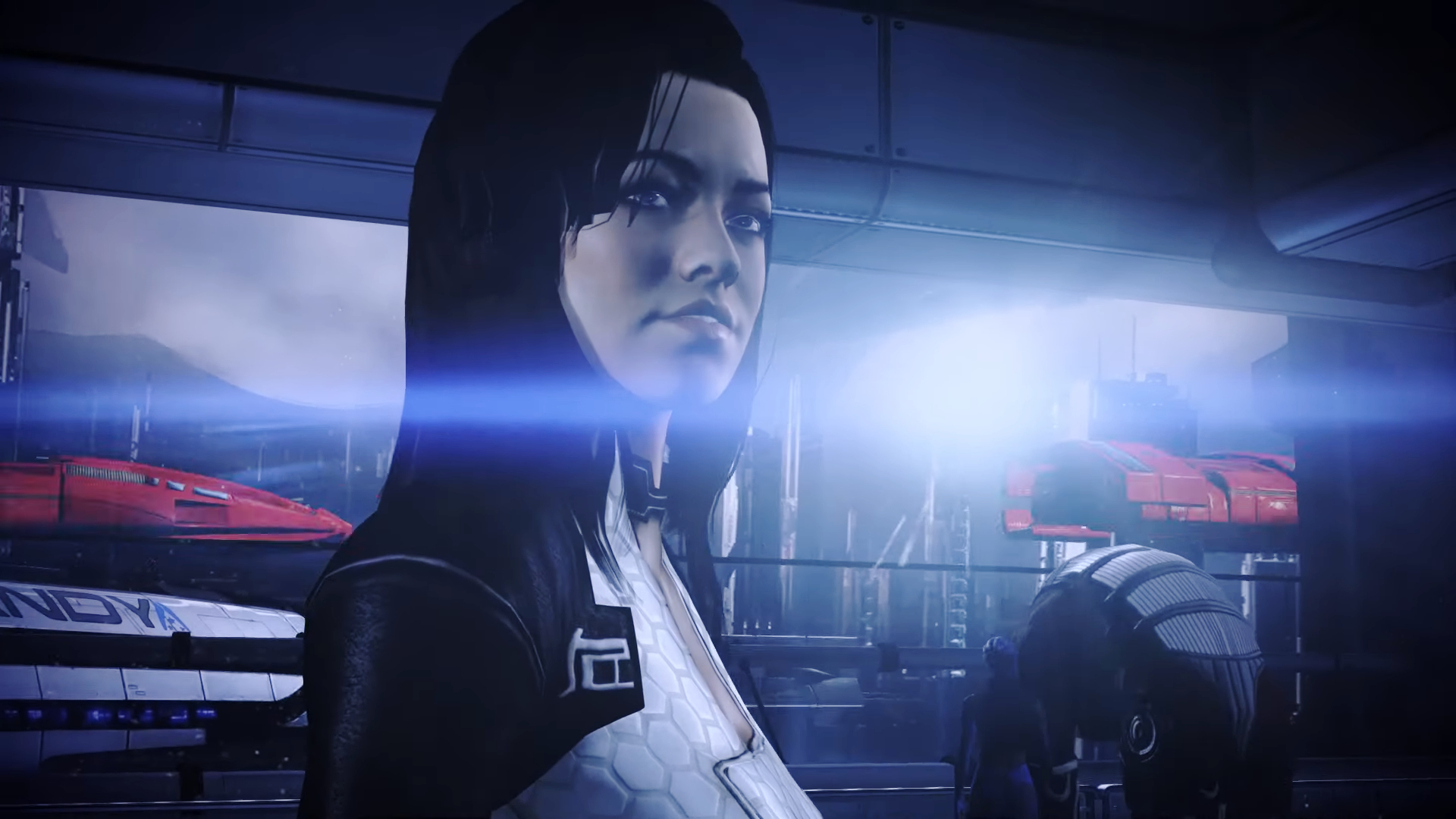 BioWare has officially announced that it has edited the gratuitous cutscenes that highlight her body when the cutscene has really nothing to do with it. Some corners of the Internet are in uproar, with some members of the community even going so far as to say they will not be purchasing the Legendary Edition because of this change. 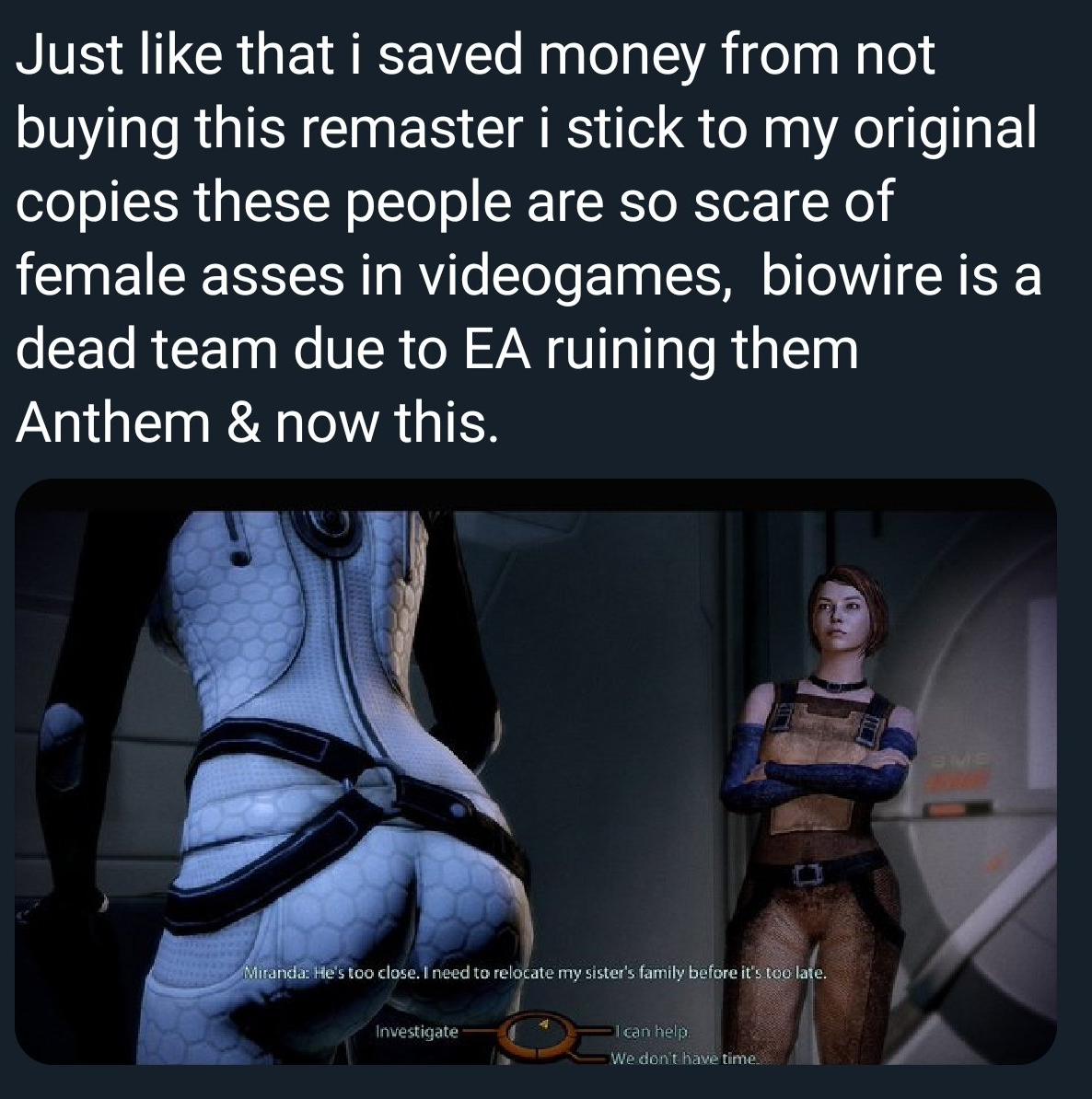 The over-sexualization of Miranda Lawson, in particular, has existed since the early marketing for Mass Effect 2. It is time to take a look at why this is being corrected now, and the importance of it both for Miranda’s character and because of the message such overt sexualization sends to those who ingest the content.

In Mass Effect 2, Commander Shepard is faced with compiling a new team. Among them is Miranda Lawson, a Cerberus operative who was given the green light to find, rebuild, and bring Shepard back to life. Miranda is fairly mysterious early in the game until players are given the opportunity to get to know her, her story, and how Commander Shepard can lend a helping hand. She is also a romanceable character by Male Shepard if players are so inclined.

Early promotional material for Mass Effect 2 was quick to feature Miranda given her central role alongside Shephard in their quest to once again save the galaxy. But even early on, Miranda was presented as a sexually charged sidekick. One of the first trailers for Mass Effect 2 takes a few seconds to show Shepard and Miranda sharing a sensual moment together. 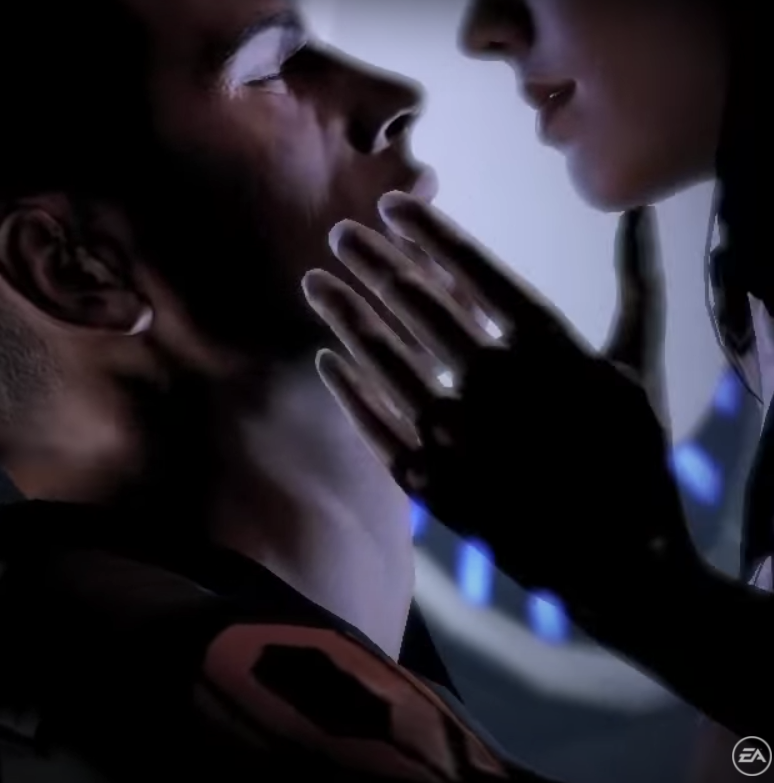 Now, there is nothing wrong with sex scenes in video games. These are often important aspects of the storytelling that many RPG players enjoy due to the addition they provide to the narrative. But a new character, clad in a skin-tight catsuit, being shown as a romance option immediately in the game’s initial trailer could have been an early warning sign of Miranda’s fate.

In a case like that of Miranda Lawson, it is important to identify the difference between sexual content being part of the world-building and storytelling versus gratuitous and overt sexualization that has little to do with the narrative. 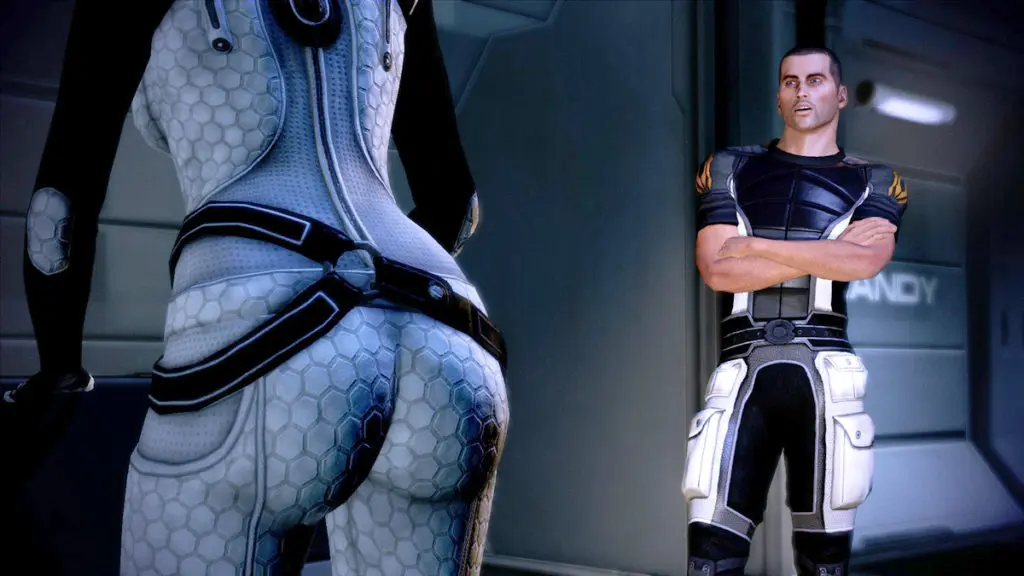 When it comes to Miranda, as the game continued to be promoted, especially after launch, the hypersexualization continued to escalate. The cutscenes featuring her body were now in the mainstream, and perhaps more notably but not always as discussed, interviews with Miranda’s voice actress and face model Yvonne Strahovski, always found a way to focus on Miranda’s attributes. The few interviews on YouTube showcase Yvonne seemingly uncomfortable with discussing details about Miranda’s body. She is rarely directly asked about Miranda’s storyline, and it only comes up when she mentions it exists. Even in another interview years after the release of Mass Effect 3, she has to refute that Miranda’s body is not hers, because Miranda has been associated with only her physicality, not her story. This continues to stoke the fire that Miranda was given to gamers to look at despite the fact that her character exists to prove that she is so much more than that.

The TLDR of Miranda’s story is this: she was made by her father using genetic material. She was made to be a strong biotic, a capable operative, outrageously beautiful, with the intention of starting a dynasty, basically. Miranda comes to the realization that she is capable of being so much more than that. Miranda sets out to save her sister Oriana from serving the same fate as she did for so many years – being just a copy and drone of her father. Yet, despite the message of Miranda’s story being that, her central focus is still put on her body. The cutscenes featuring perfectly positioned body parts when she is sharing her insecurities, secrets, and dreams don’t do anything to promote the message Miranda is in the games to tell. The woman who wants her legacy to be more than the perfection she has been granted was only ever seen for the perfection of her sexuality no thanks to the marketing team, interviewers, fans, and more.

No wonder Yvonne does not want much to do with Mass Effect.

While there are many, though maybe not as many as the Internet would make one think, who are outraged by the removal of this over-sexualization, it seems pretty clear to others that the Legendary Edition’s censorship is not only needed but something that Miranda certainly deserves, as well as other characters in gaming who are hypersexualized. This is not just limited to women, though this is often the case. BioWare taking a step back and making this change is another step forward for the portrayal of women and their sexuality in the gaming sphere. 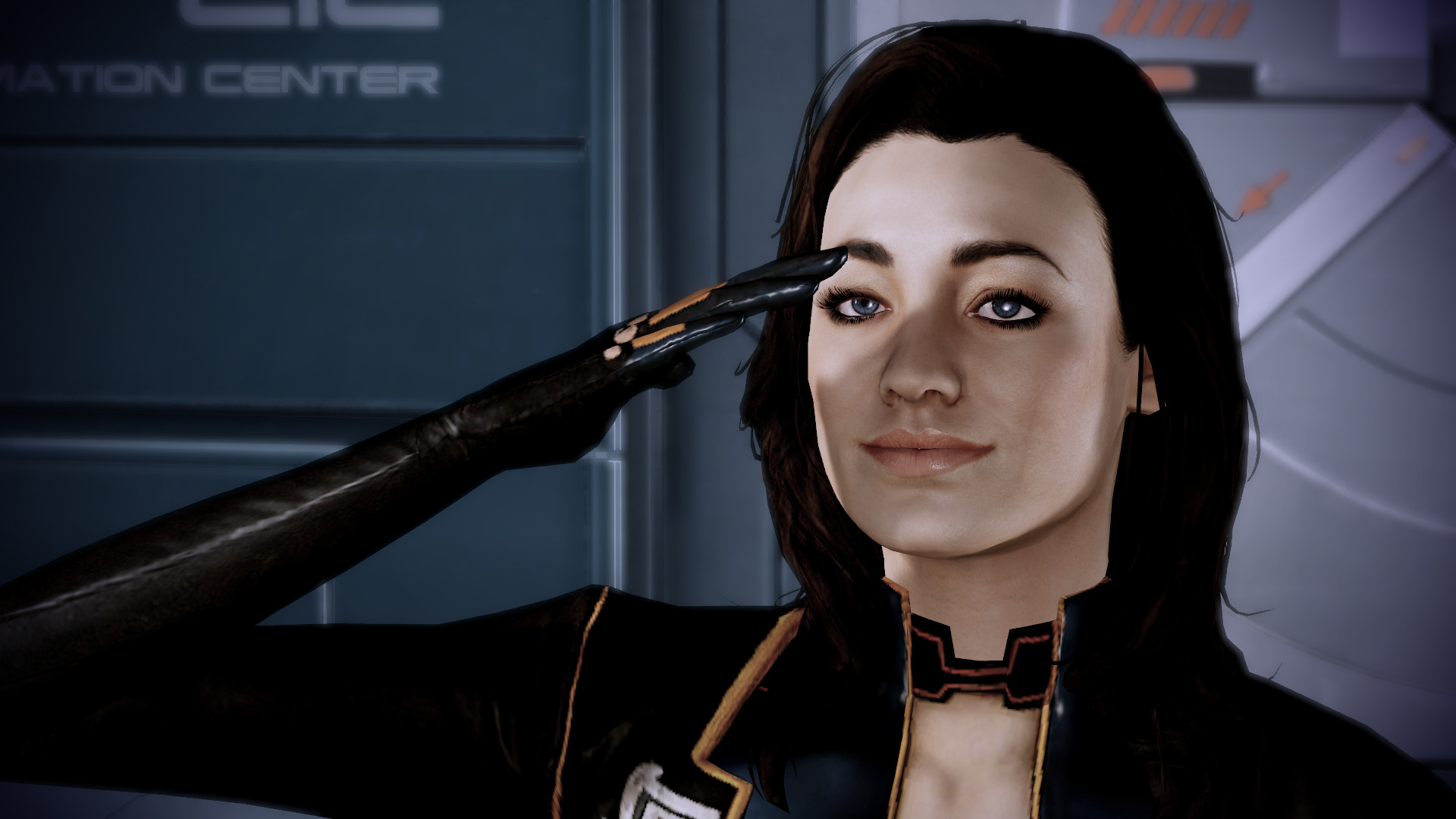 There is nothing wrong with appreciating the attractiveness of Miranda, as long as it is done in a way that follows the narrative of her story and its message, her relationship with Shepard if it is so pursued, and is not simply for the sake of looking at her body like it is an object.

Mass Effect Legendary Edition can be pre-ordered now and will be available on Xbox, Playstation, and PC.