This year marks the 30th anniversary for one of the most recognizable video game characters, Sonic the Hedgehog. The Blue Blur was celebrated today with SEGA’s streaming event, “Sonic Central.” SEGA gave us some sneak peeks and early announcements for the year, as well as some information for next year. Let’s dig in and sort through all of the info!

The Sonic Central stream kicked things off with an introduction and a thank you to all fans. This will not be the only Sonic Central stream for the year, so we will need to keep a look out for more in the future. Then, we were introduced to the first of many announcements. 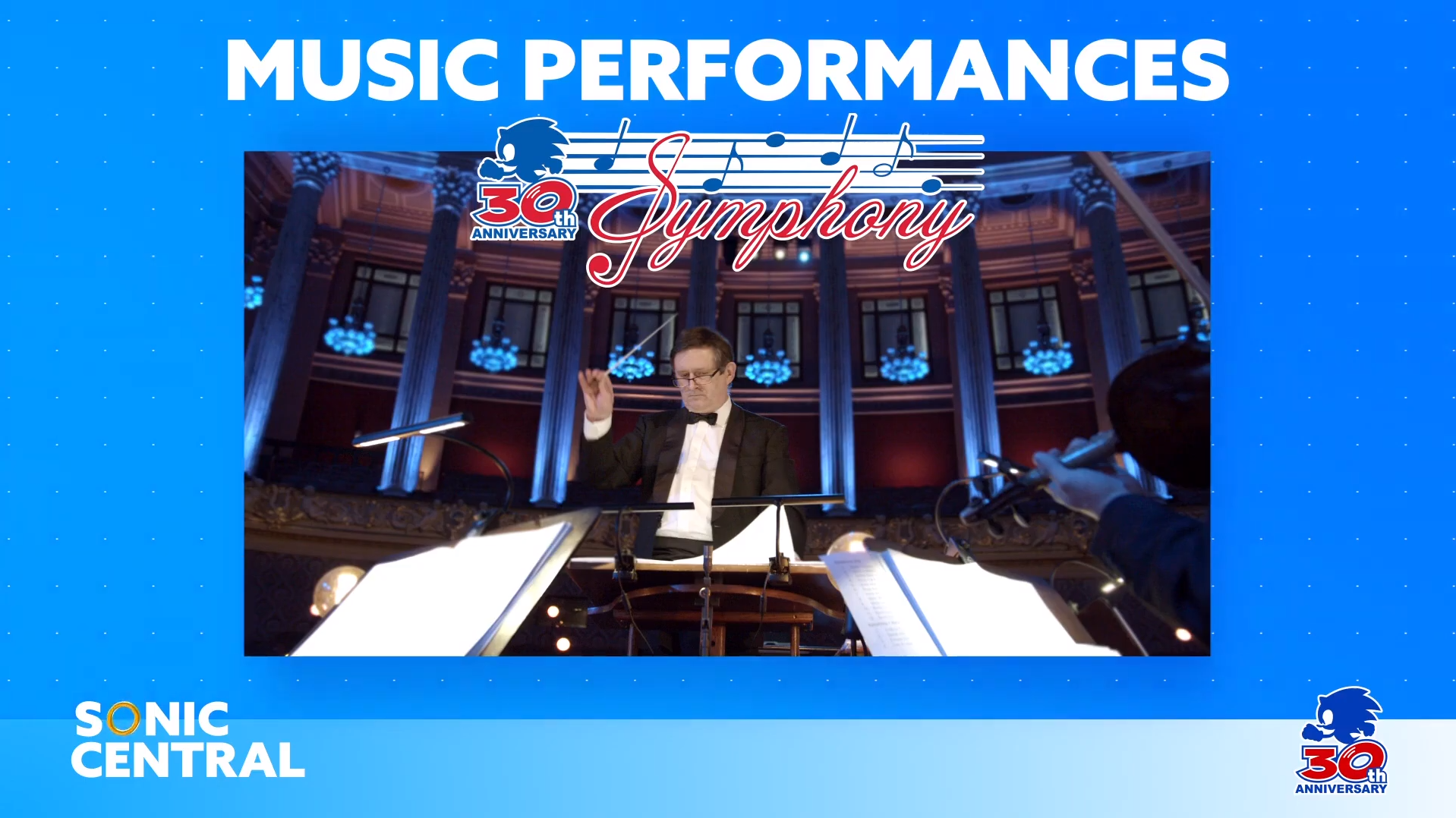 You can’t have a birthday without singing, right? Well, Sonic video games have always had great music, so SEGA has decided to give us a full symphony orchestra. Songs from the history of the Sonic games will be played. In fact, Crush 40, famous for many Sonic songs throughout the years, will also be there! The performance will be on Sonic’s actual birthday, June 23rd, and will be free to watch! I will be tuning in, and I hope that you will too!

The next series of announcements during the Sonic Central stream were all about Sonic being in other games. First, we have the new Tokyo 2020 game, set to release on June 22, 2021. This Olympic sim style game will feature a create an avatar mode, but you will be able to dress yours up in a Sonic mascot costume! Honestly, it looks super ridiculous, but hey, more Sonic in your games! This game will be for all platforms, according to the announcement. 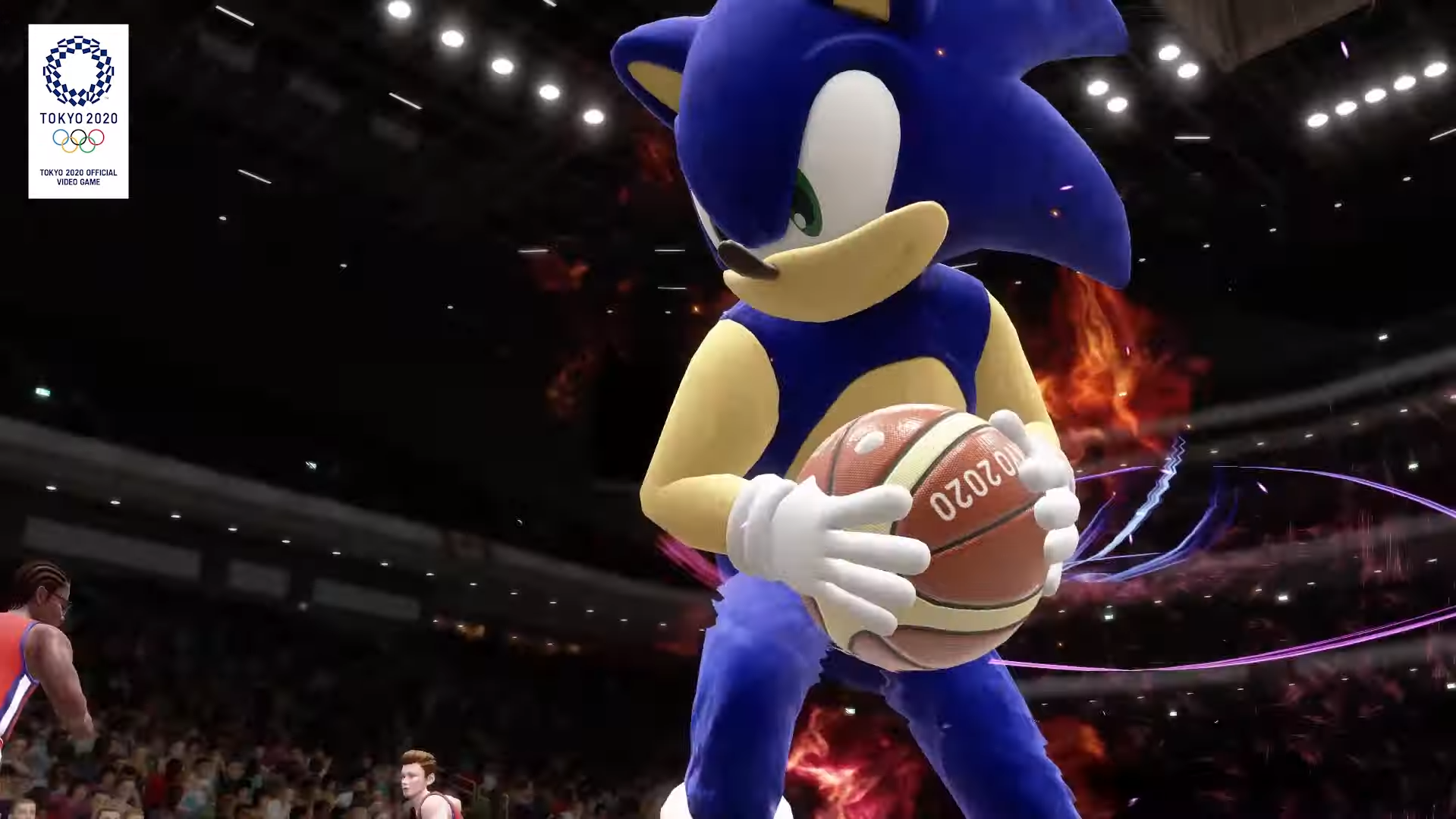 Sonic is ready to take it to the hoop!

And, for more ridiculousness, we have the Two Point Hospital game receiving some Sonic the Hedgehog love. You will be able customize your characters/staff with different outfits from Sonic characters. We saw Sonic, Tails, and Knuckles all walking around the hospital floor. Also, you will be able to add Sonic décor to your hospital, including statues, arcade cabinets, and more! All of these items will be in the Sonic Pack, available on July 30th. This pack will be free! 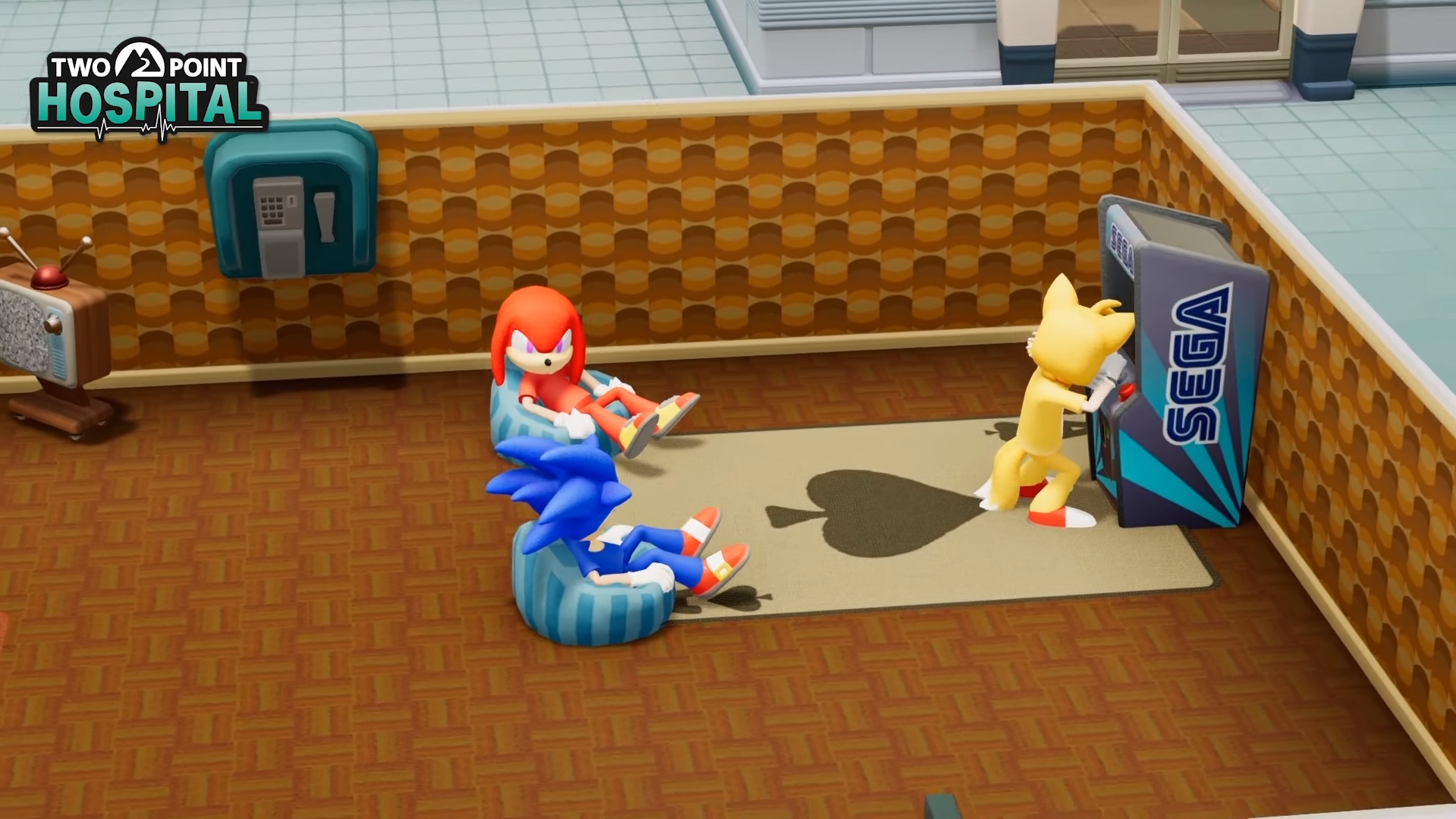 Unwind at the arcade machine before checking on patients, while in your cosplay, of course.

Lost Judgement, a game coming from the creators of the Yakuza series, will be launching on September 24th, 2021. Sonic the Fighters, a classic fighting game, will be playable within the game itself. There is an arcade cabinet that you can get to and there you will be able to play the full Sonic the Fighters game! Again, kind of weird, but hey, more Sonic in your games! 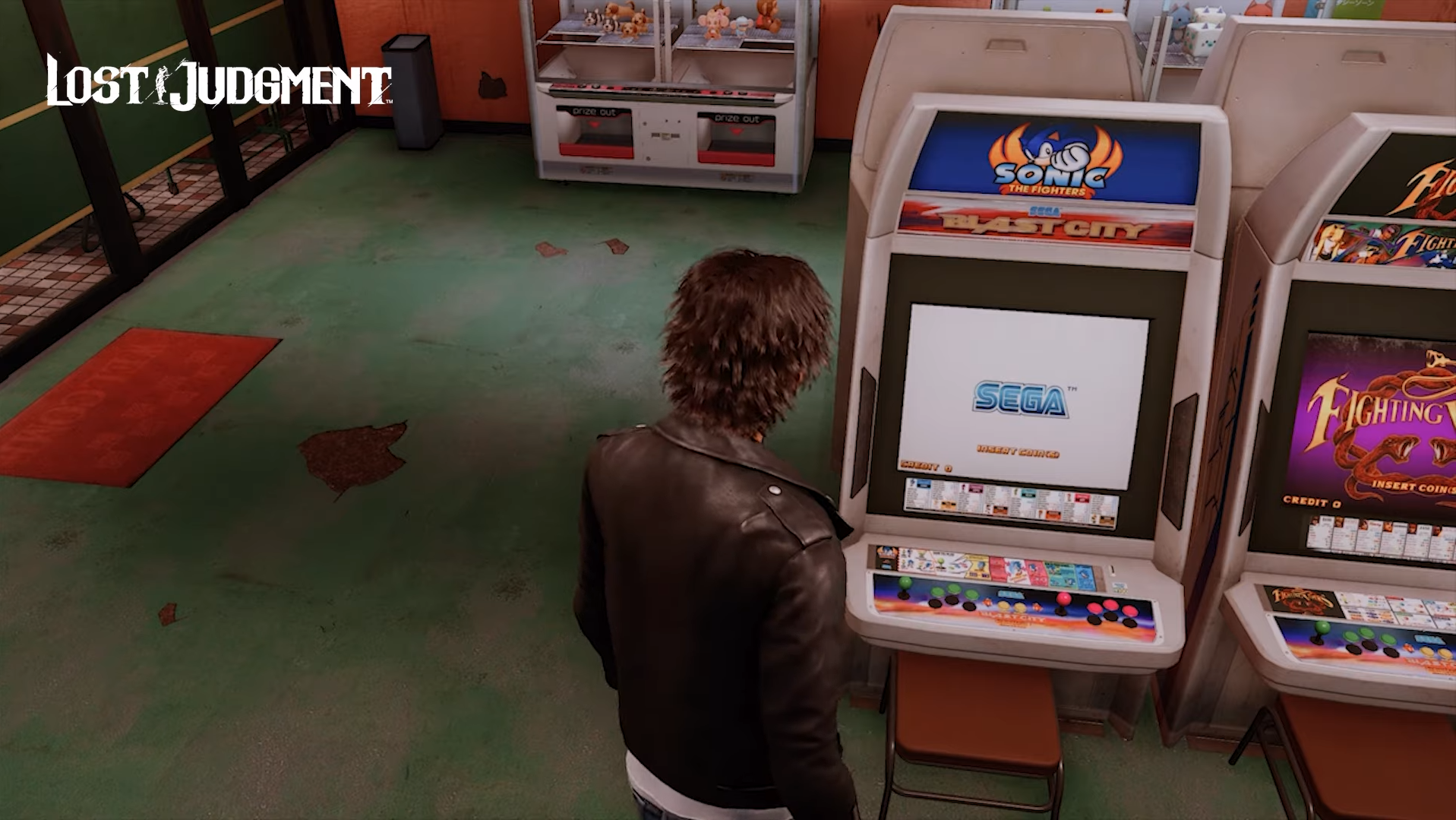 Maybe just a quick break at the arcade…

Towards the end, they announced that more collaborations will be coming throughout the year, and hinted at Minecraft being one of the games!

Next, the show transitioned to an announcement of a previously beloved Sonic game, Sonic Colors. The game is being brought up to date, and being brought to current platforms, including Nintendo Switch, Xbox One, Xbox Series X|S, PlayStation 4, and the Epic Games Store. I did not see the PlayStation 5 logo, but will update this article if it is announced for that platform. Sonic Colors Ultimate will arrive on these platforms on September 7, 2021. Pre-orders are already live! You will receive a Baby Sonic keychain if you pre-order today. The Digital Deluxe edition of the game will include the following: Early Access, Exclusive Music, Gold & Silver Wearables, Exclusive Player Icons, and a Sonic Movie Boost. More information will be coming soon. 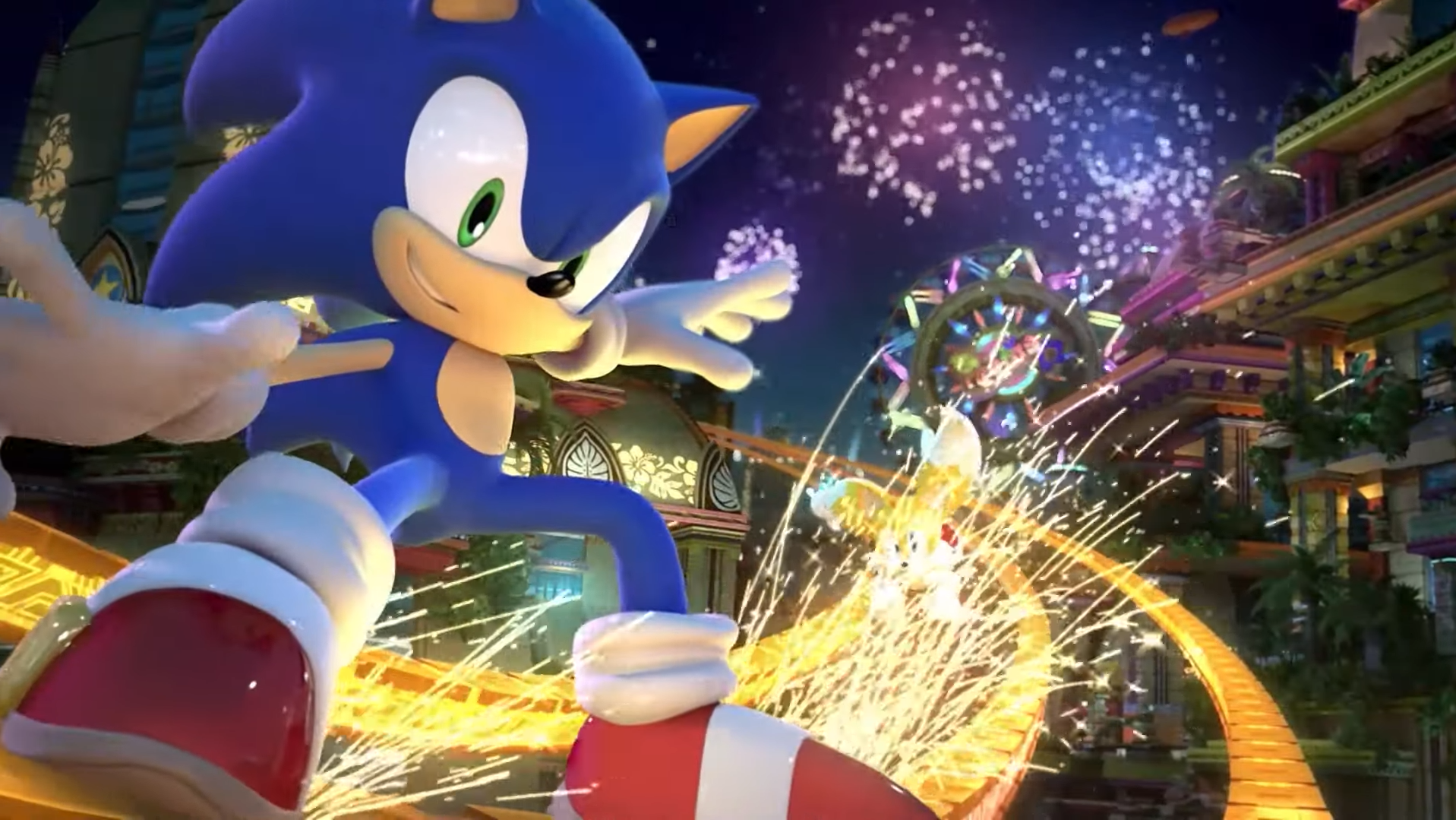 An animation was also announced with the game, called Sonic Colors: Rise of the Wisps. Roger Craig Smith, a Sonic voice actor, gave us a sneak peak of the two-part animation series. The first episode will be this summer, and will be fully voiced by the Sonic cast! We even got to see Metal Sonic in the animation! 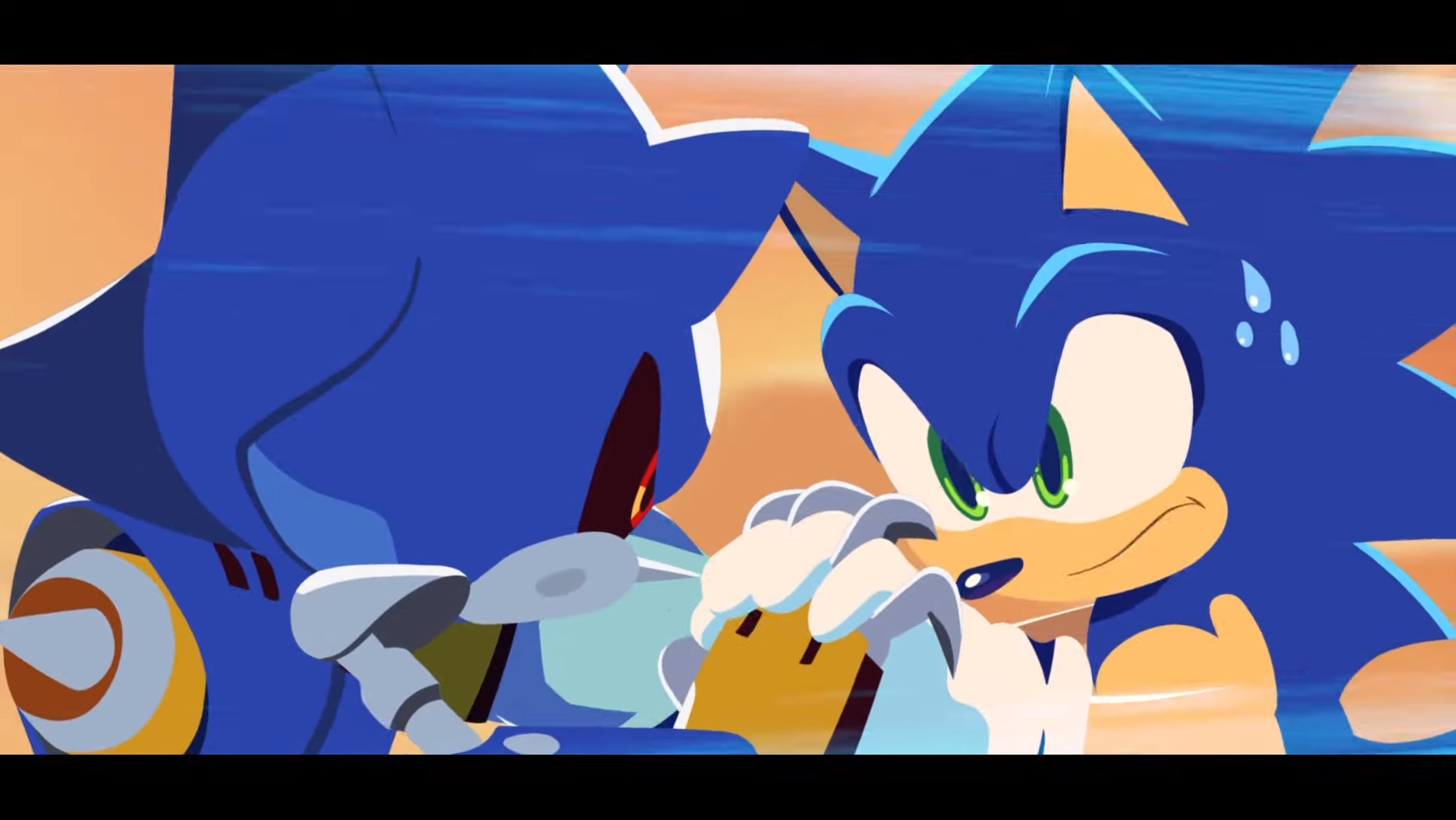 A showdown with Metal! 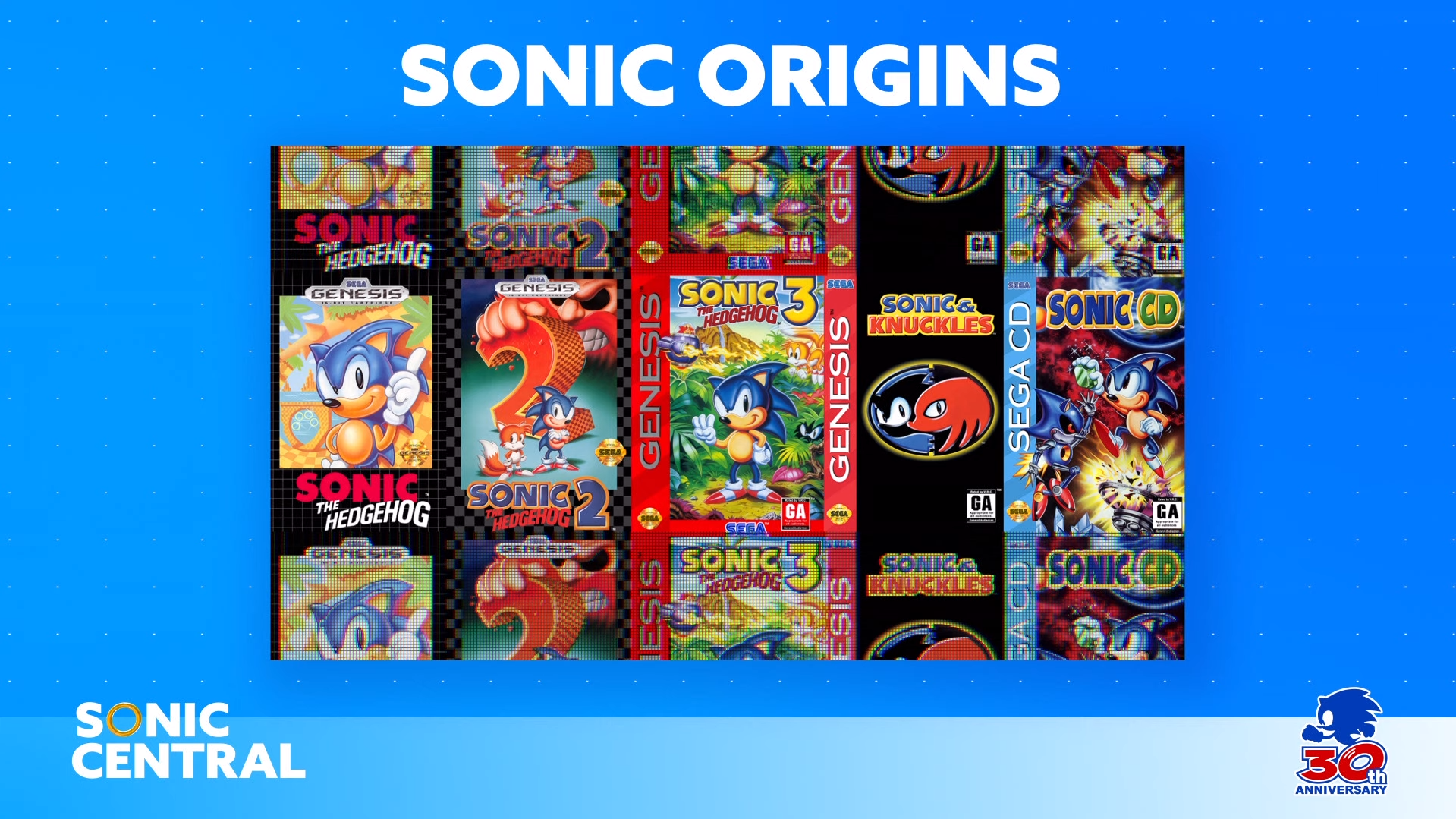 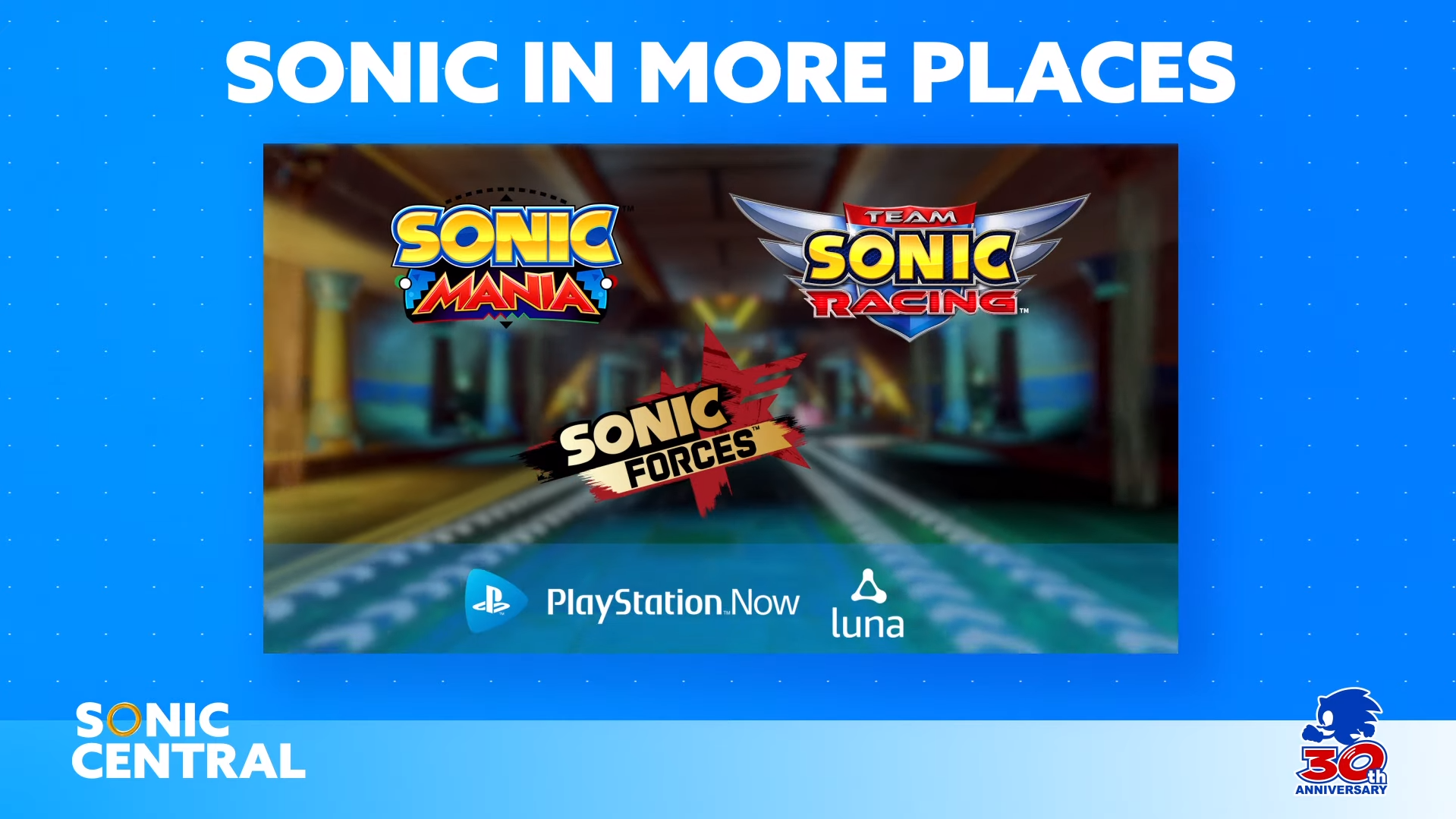 Even the mobile Sonic games are getting in on the celebration. This month, Sonic Dash is having pirate themed characters, including Pirate Sonic and Captain Shadow. More content can be unlocked by collecting the birthday themed items on the track! 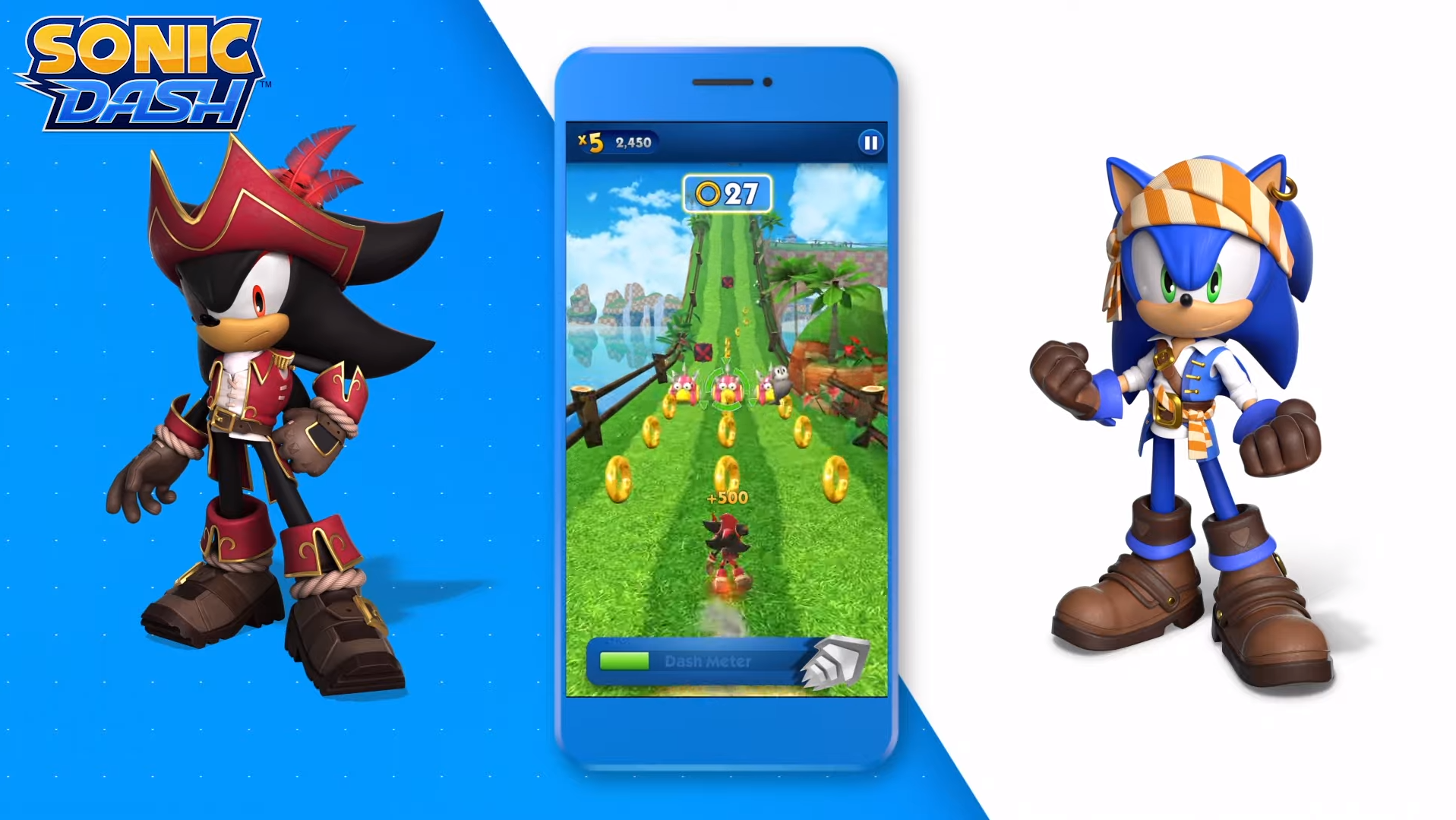 Sonic Forces Mobile will include Super Sonic this summer. You will be able to fly through this game in the invincible super form. Also, Party Match is coming so that you can set up private matches with your friends! 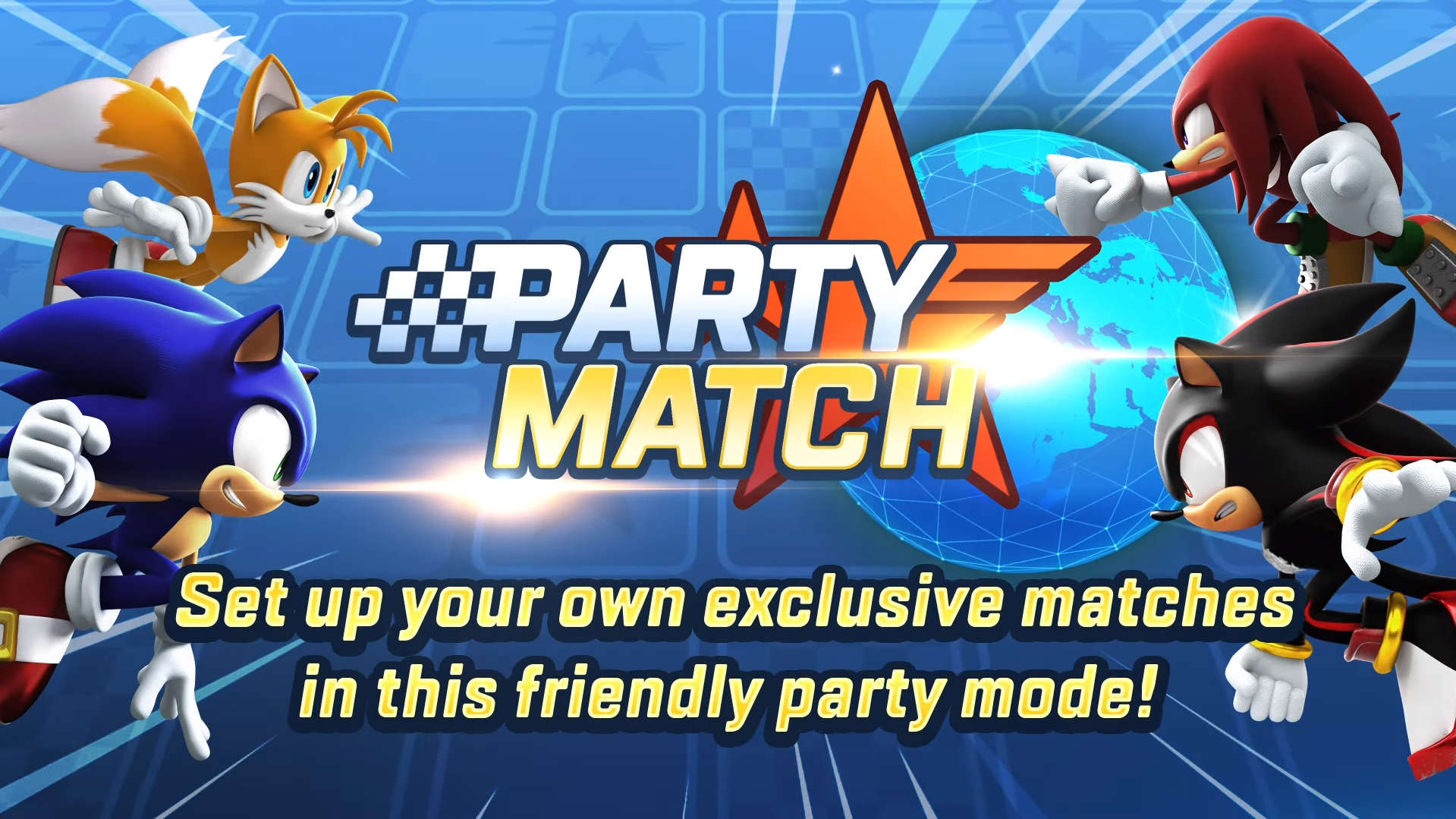 Let’s have a friendly match.

Halloween will have the (in)famous Werehog celebration! You will be able to unlock Sonic the Werehog in both Sonic Dash and Sonic Forces on mobile. Be on the lookout for this in October!

And, Team Sonic Racing on Apple Arcade will include a brand new character, Classic Sonic! This update/pack will include Classic Sonic in his classic red car, three new tracks, and more music for the game! Fans of old school Sonic will have to have this! 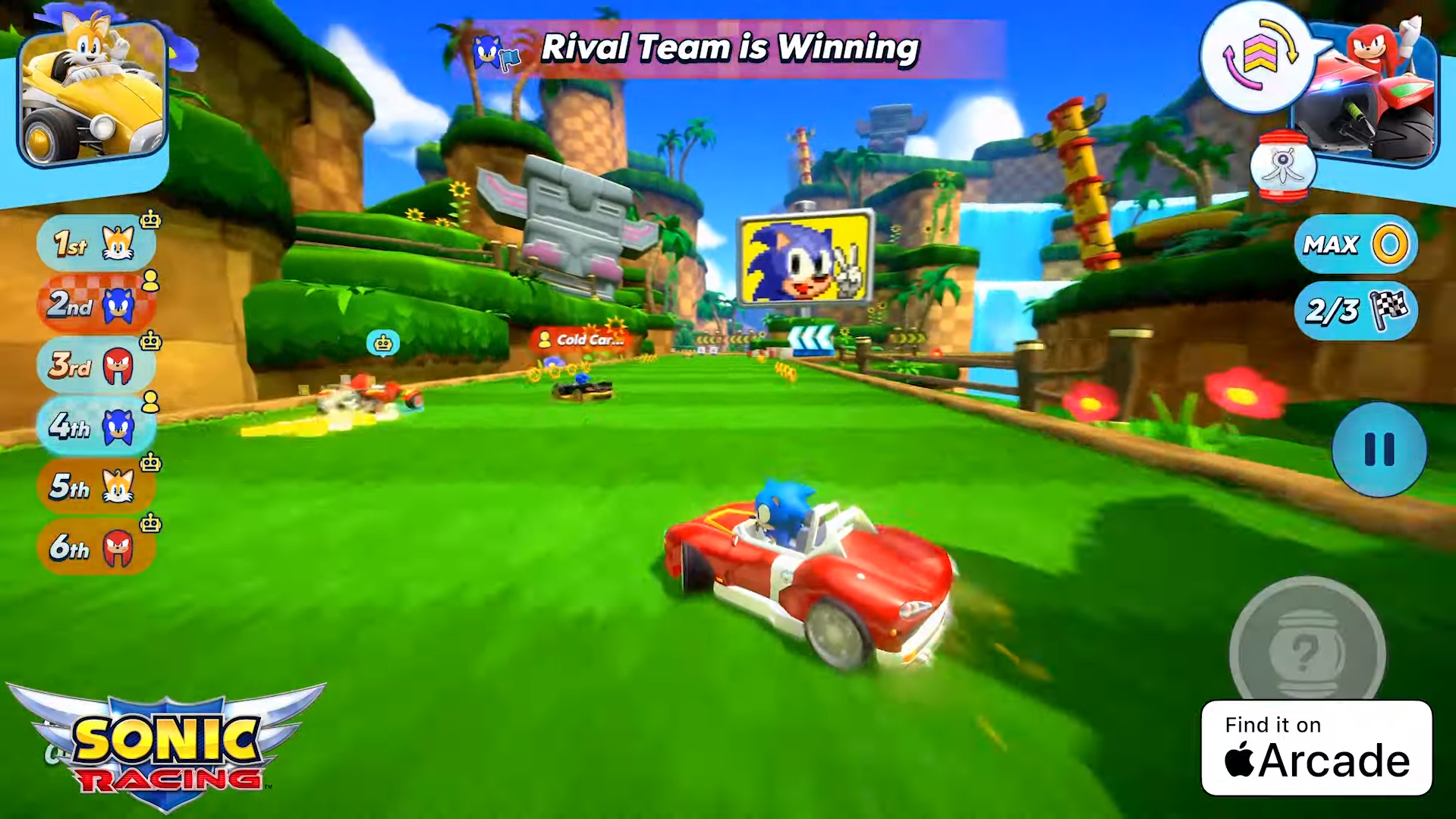 If you haven’t heard, Sonic the Hedgehog will be starring in a brand new show next year, Sonic Prime. For those of you who don’t know, the show is about Sonic the Hedgehog traveling through a multiverse. This show’s multiverse is called the Shatterverse. The minds behind Ben Ten and Big Hero Six are creating the show. Every fan of Sonic the Hedgehog animation should keep their eyes on this, as it is going to dip into all sorts of Sonic universes. Sonic Prime will be on Netflix in 2022. Be ready for more information later on. 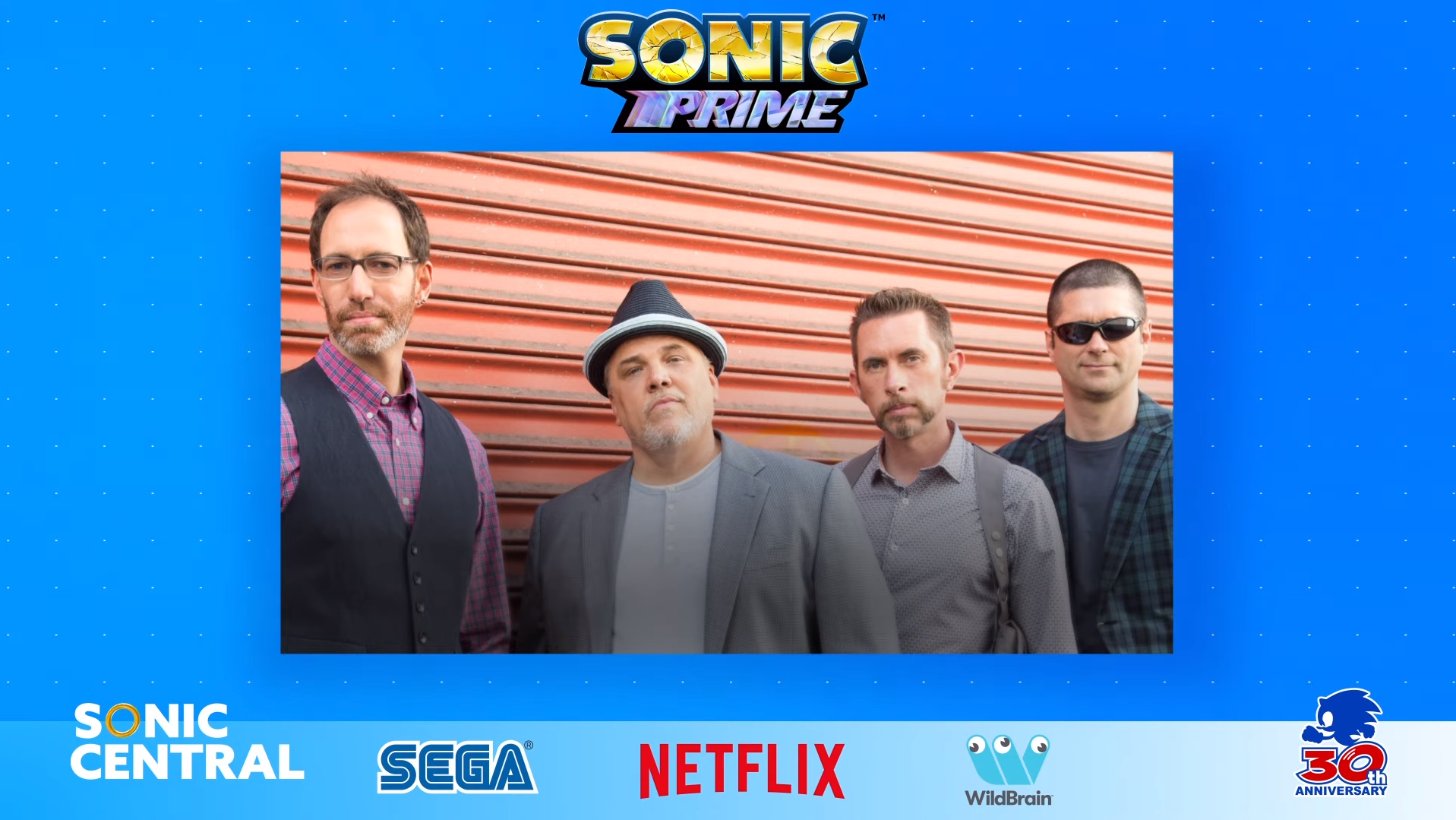 From the creators of Ben Ten and Big Hero Six!

Look no further, SEGA is going to have you geared up soon! Toys, jewelry, coins, and more are available for everyone on the official Sonic the Hedgehog 30th Anniversary website. I hope you are ready to show off your Sonic love! 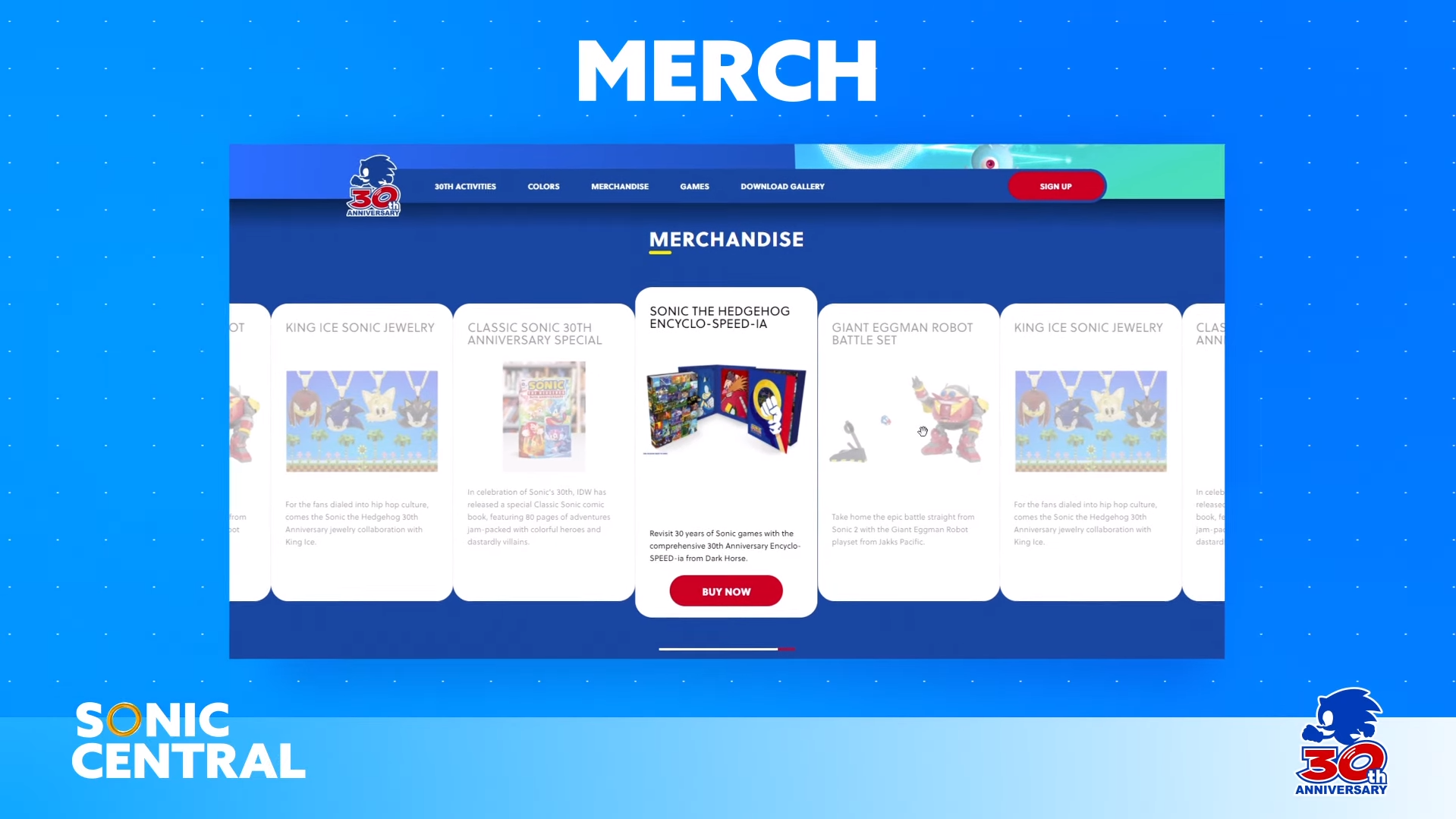 Search for some Merch!

And, finally, we got a super short sneak peek of the next Sonic the Hedgehog game. Sonic is running through the forest, glowing a light blue color as he speeds along, and… well, that’s pretty much it. Some markings are made along the ground, with a logo, and then we get the platforms. Sonic 2022 will be released on Nintendo Switch, Xbox One, Xbox Series X|S, PlayStation 4, PlayStation 5, and PC. What a way to close out the Sonic Central stream! 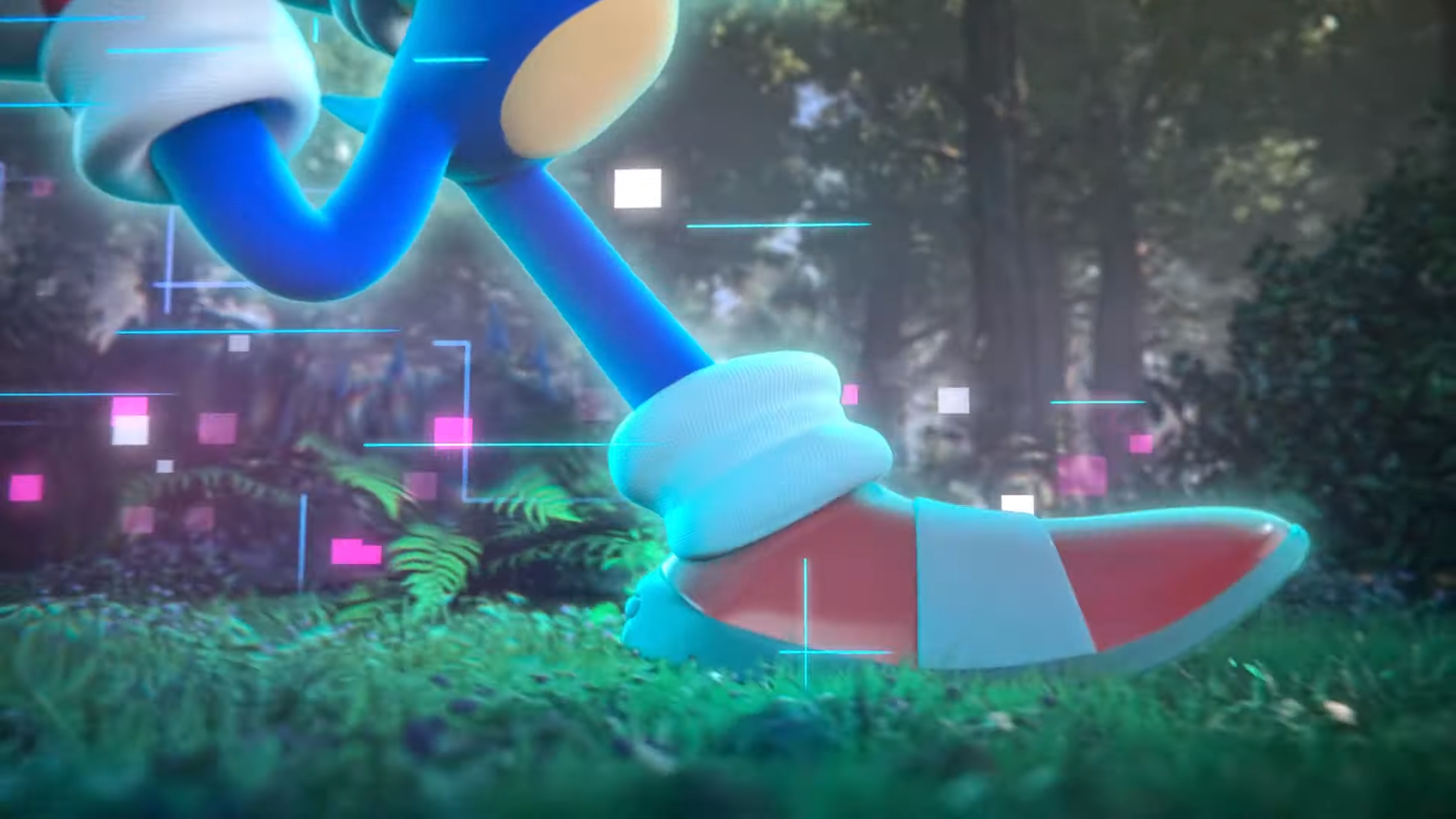 Sonic’s first step into next gen!

So, there are a ton of things in Sonic’s future to look forward to! Most of the information will be held until later on, but that just means that we have more Sonic Central shows to look forward to. I am a huge Sonic the Hedgehog fan, so I’m excited to see what SEGA has planned for the next year. How about you? Are you excited by the news? Is Sonic the Hedgehog a character that you enjoy? Please leave you comments below to let us know what you are thinking!

And, if you are into some more Mulehorn Gaming news, why not check out this article on Marvel’s Eternals? Tari breaks down everything you need to know for the group and upcoming movie. Or, maybe you are needing some tips on creating your own world for a tabletop game? Check out this article by JNJake on TTRPG Sandboxes. No matter what you need, we at MHG have you covered!