It doesn’t get much simpler than the mantra “We Must be Strong and We Must be Brave.” When it comes to Netflix’s reboot of the 1980’s “She-Ra”, there is a lot of bravery and a lot of strength to go around. The 2018 adaption entitled “She-Ra and the Princesses of Power” is home to a palette of bright colors, fun animation, and most importantly strong, brave, fun characters. The show is certainly aimed at children, but my twenty-nine-year-old self not-so-silently counts down until new seasons are released on Netflix so I can feel strong and brave too. This article will discuss what “She-Ra” aims to do for its audience, and how it does it so well.

Before I break down what this show does for its viewers, let’s break down the show so the characters I’m about to fangirl about have some relevancy for those who haven’t watched this rendition: Adora/She-Ra is, well, She-Ra. She starts off a promising up-and-coming Horde leader who later leaves to become She-Ra. Catra is her frenemy from The Horde. Glimmer is her friend/Princess of Brightmoon (she sparkles, okay?). Angella is Glimmer’s mother/Queen of Brightmoon. Bow is Adora’s friend and expert archer. Scorpia is a princess but joined The Horde. Shadoweaver is a sorceress gone a bit bad and is on the side of The Horde. Hordak is the leader of The Horde. Mermista, Frosta, Perfume, and Entrapta are all princesses from the world of Etheria, where “She-Ra” takes place. There are even more characters, but not enough time.

The show focuses, of course, on Adora, who is a teenager. She finds the sword, which when belting the famous words “For the Honor of Greyskull!” becomes the tremendous She-Ra. Her destiny is determined, but her tasks all but simple… 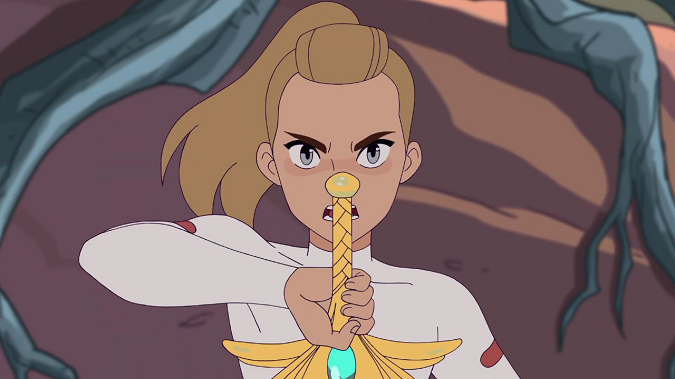 It’s also wonderful and fun and cute as all get out. I’ve mentioned in a previous article I’m easily swayed by all things cute.

Who Runs the World? Girls!

Currently, there are three seasons of She-Ra on Netflix. Season three just became available to stream on Friday, 8/2/19. So far, all three seasons have done one thing, among many, very well: empowered women and girls of all ages. There are women of all ages in the show. There are women good and bad. Tall and short. Slim and curvy. LGBT+ and straight. It’s happening a lot: shows are being written by women, for women. But this one is extra important: it’s written by women, for girls. Girls of all ages and all types can sit down and watch “She-Ra” and see themselves in a character. As a woman, who was once a girl, it is so validating to watch a show and see characters who look and behave and feel like me. I get goosebumps thinking about girls today getting to watch “She-Ra” and seeing themselves in Glimmer, or Adora, or Catra, or one of the many other female characters in this show (I’m a solid Adora/Glimmer mix, by the way). 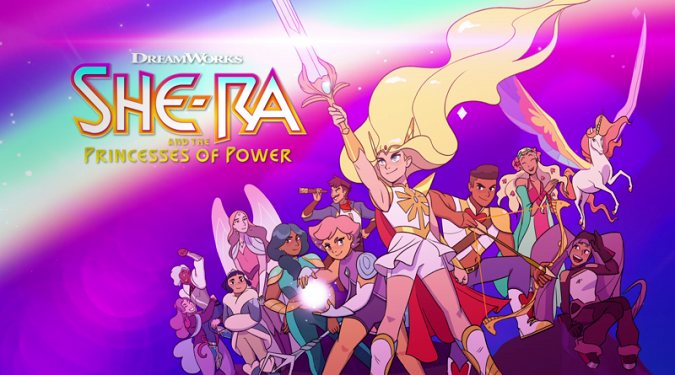 I’m not the first person to write about the importance of substance in media that girls can connect with, nor will I be the last. But as a woman who has an ever-changing relationship with femininity, it feels good to have a show with so many different women experiencing and exhibiting femininity to remind me that there is no correct way to experience it. A show made for young girls, no less. So here’s a show, a nerdy, cute, colorful show that allows girls to see that we can still be brave and strong no matter what type of girl we are. That is magic. I’ve watched a lot of “girly” shows, and none of them have done that quite like “She-Ra.”

But it’s Just a Show

I know what some of you may be thinking. “I opened this article to read about “She-Ra and the Princesses of Power”.” Well, that’s what this is. “She-Ra” is a story that is meant to empower women. Adora is empowered by her strength. She fails, frequently, and learns how to harness bravery so she can succeed. Her friends do too. And they learn how to do it based on who they are, not who they are expected to be. So often girls (and yes, boys too) are told to fit into a box of what society thinks boys and girls should act, look, and behave like. “She-Ra” reminds us that that’s flat-out untrue. It also validates boys and girls who are more polar on the gender spectrum. It isn’t just about those who don’t “fit the mold.” It’s about everyone. 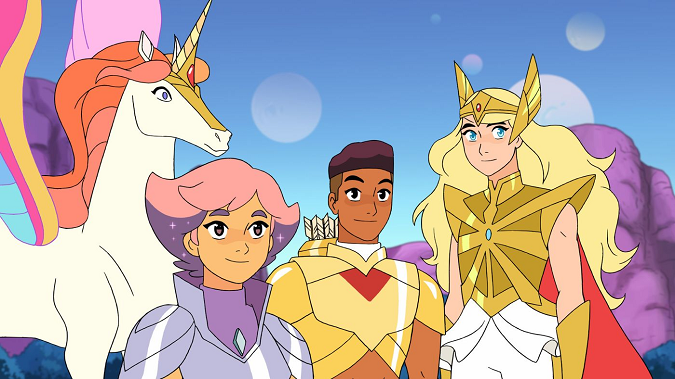 I can’t speak as to if it does the original 1980s “She-Ra” justice. I can tell you it does this generation of girls and women justice. It’s a beautiful show, visually and figuratively. There is happiness and sadness, friendship and betrayal. To put it simply, there is love everywhere. For those looking for a new twist on an old legend, give “She-Ra” a shot. It’s corny, it’s silly, but wow, does it speak volumes about how strong and brave women of all ages really are.

How to Support “She-Ra”

“She-Ra and the Princesses of Power” can be streamed on Netflix and followed on Twitter and Instagram. There is also merchandise such as figures, clothing, and more!

Netflix – A Time to Binge