Horizon Forbidden West has been out for almost a month and thus it was time for Mulehorn Gaming’s review! This review will break down some main elements of the game including gameplay, mechanics, graphics, and storytelling.

The gameplay of Horizon Forbidden West changes very little from that of its predecessor Horizon Zero Dawn. Fans of the game can expect similar combat, environmental traversal, and engagement with Aloy’s surroundings. This includes interacting with the world and its cast of characters.

One noticeable change includes the way health works. It follows the same principle of using plants to replenish health, but the storage function in Forbidden West is much different than the iteration found in Zero Dawn. Aloy holds a much smaller amount of the plants she can find, but any that do not fit in her pack are sent to her stash. 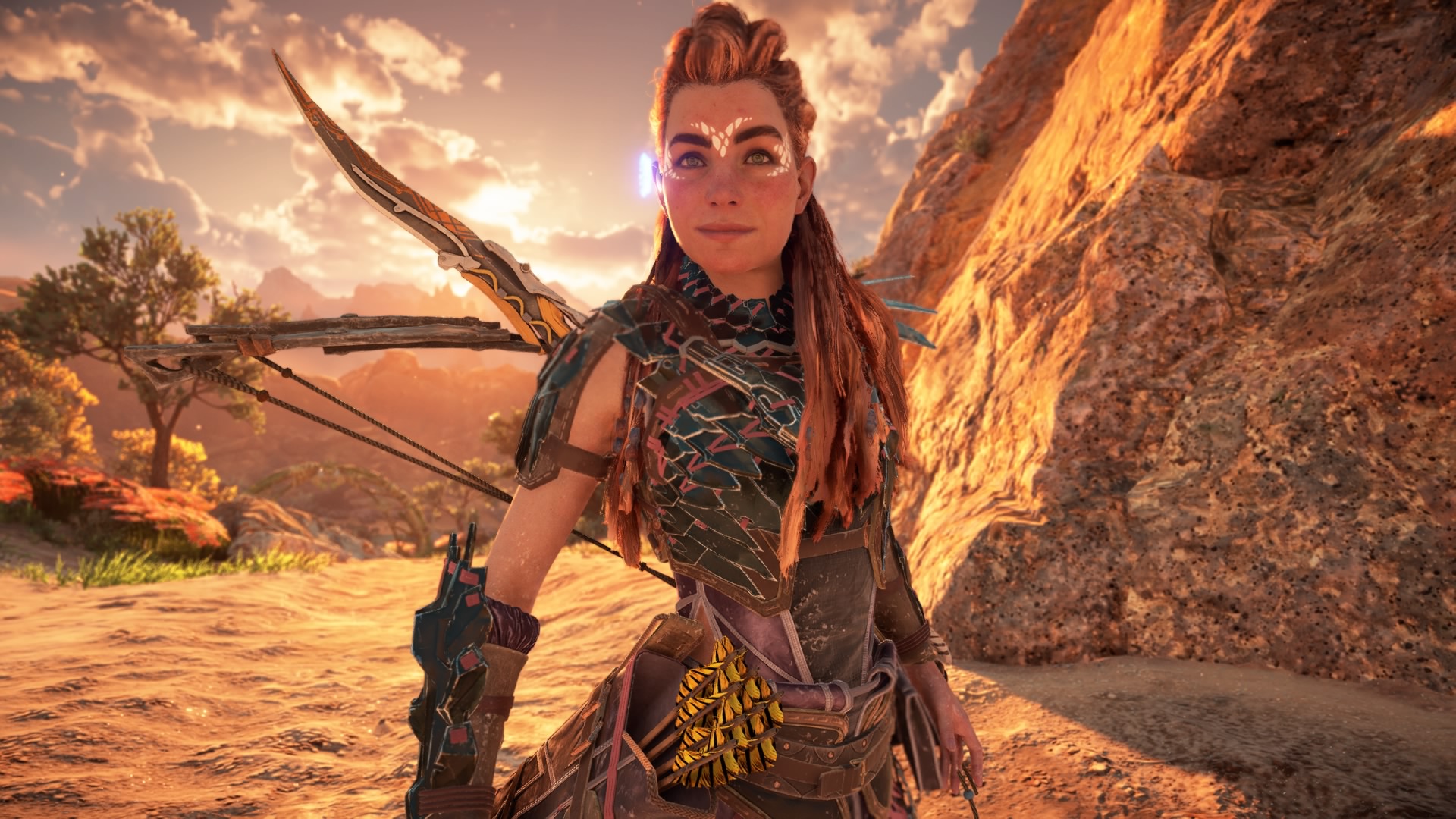 The stash is a fairly common gaming mechanic many titles use. It is an accessible stash of equipment, materials, and components that a player can access from anywhere a stash is available. Forbidden West allows for extraneous materials that can no longer fit in Aloy’s pack to go there instead. Then, upon accessing the stash, any materials that need replenishment can be done so.

Overall, the gameplay feels really good even with some of the subtle changes they made across titles. Gamers of Forbidden West should feel a mostly fluid gameplay experience whether on PS4 or PS5.

The mechanics of Horizon Forbidden West are mostly solid, though similar to the first game. There are some meticulous instances that can yield frustration. The hit registration and arrow strafe can be frustrating, especially when the reticule shows an arrow will go one direction but then goes the opposite. Additionally, there are some sensitivities while traversing that led to falling or missing ledges that are right in front of Aloy. These are small and somewhat few and far between, but they are still discouraging when the mechanics of a section require focused combat or precise traversal.

Combat overall feels very enjoyable, especially with the changes Guerrilla Games has made to the way bows and arrows, melee, and skills work alongside the implementation of new weaponry and ammo types. Being able to experiment with new ammo in conjunction with new weapon types was a breath of fresh air in a sequel where had no changes been made, the combat still would have felt satisfying.

The visual effects of Horizon Forbidden West are stunning. Gameplay and screenshots from both the PS4 and PS5 versions highlight the time and effort put into the graphics and construction of the world by the development team. From the details to the particles in the air to those on Aloy’s person, both system versions yield a graphical experience at its very best. 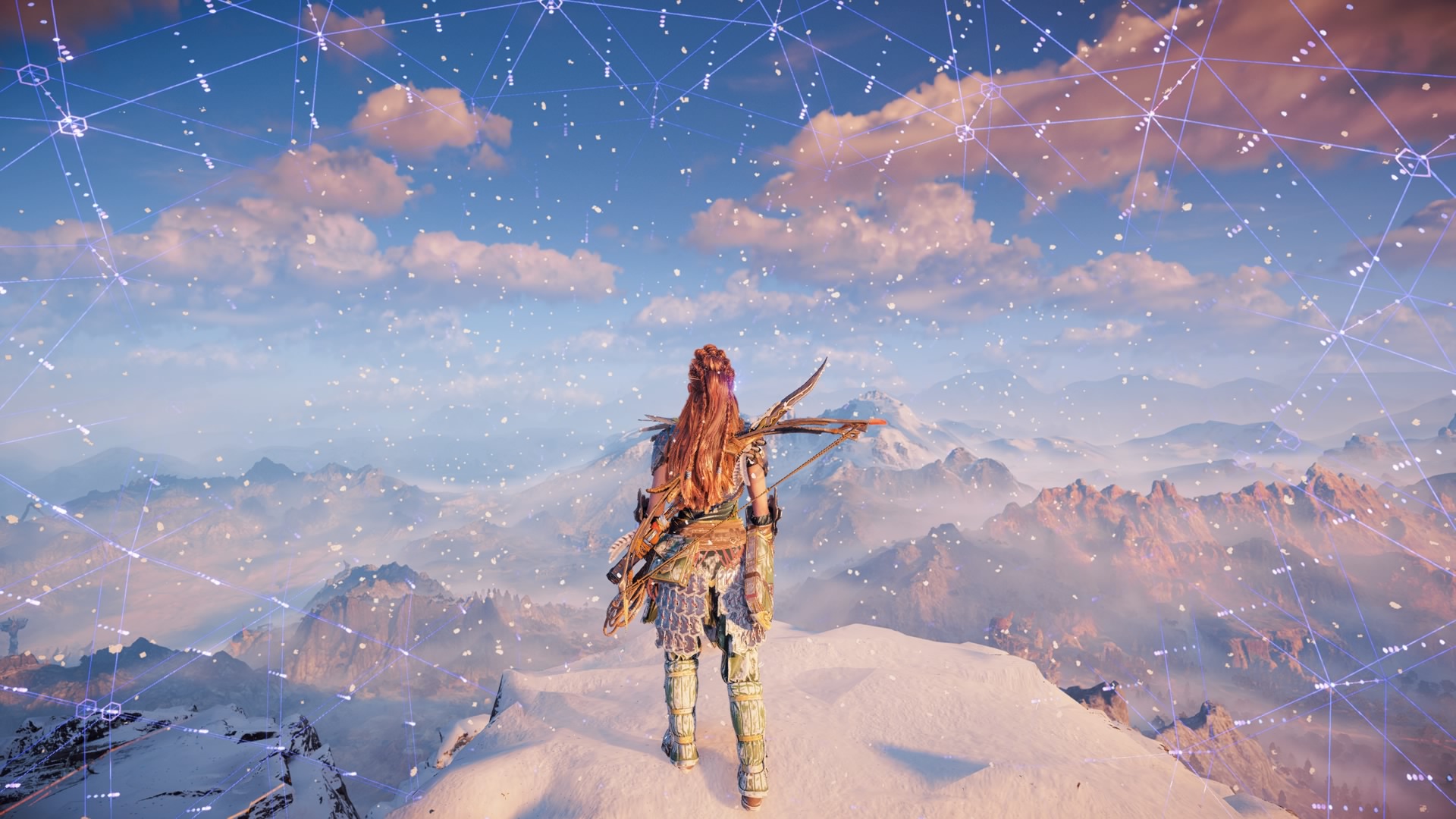 One of the only issues with graphics noted on the PS4 has been the console’s ability to render the game fast enough. If a player is moving quickly via a mount or upon fast traveling, the PS4 edition has needed additional time to render the scenery. Sometimes this has yielded no machines or humans in the world until a few moments have passed, and others will divert a player to a momentary loading screen while the game continues loading.

The storytelling in Forbidden West continues to hook its audience by keeping its quests at every level interesting and engaging. From the main quests to the smallest of errands, a variety of characters, environments, and interactions with the world come together to create an immersive experience that has only deepened from Zero Dawn.

Guerrilla has done a great job at taking the storytelling triumphs from Zero Dawn and carrying them over to Forbidden West to create an ongoing story with Aloy at the center.

Overall, Horizon Forbidden West is a tremendous sequel to a highly touted game. It falls in line with many of the other great sequels seen in gaming. Despite a few hiccups here and there related to graphics and mechanics, Forbidden West is an immersive, satisfying gaming experience for those who are ready for Aloy’s next chapter. MHG’s Rating: 9/10.