Sony announced that Horizon Forbidden West, the upcoming sequel to critically acclaimed Horizon Zero Dawn, will not come with a free upgrade for those who purchase the game on PS4 and plan to upgrade to a PS5. This has come with a lot of criticism from gamers across Twitter and other areas of the internet.

While Sony has made strides in ensuring notable PS4 titles could be upgraded for free on the newly released PS5, Horizon Forbidden West will not be one of them. Its predecessor, Horizon Zero Dawn, was recently given the upgrade treatment for those who owned the PS4 version playing on a PS5. Other notable titles that launched on PS4 with a free upgrade path include Spider-Man: Miles Morales, God of War, and Ghost of Tsushima. Instead, players of the PS4 version who choose to upgrade to the PS5 console will have to purchase the PS5 version of the game in order to reap the benefits of the enhanced version of the title.

This information was derived from the pre-order details, which went live today for the February 2022 title. Based on the packages and pre-order options, it was noted that there were two standard versions of the game: one for PS4 and one for PS5. Deluxe versions are also available, both digital and physical. 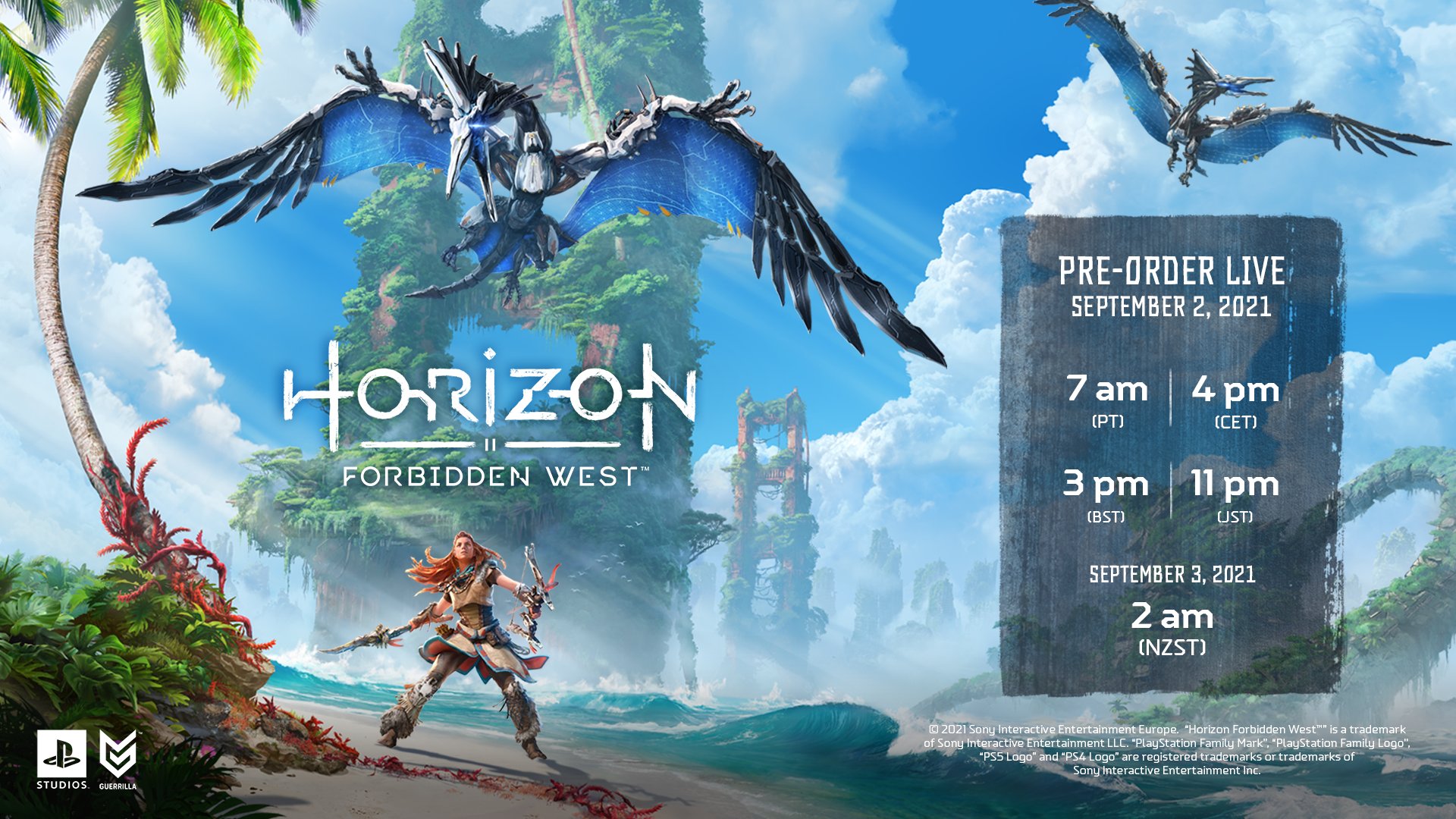 Perhaps the biggest concern gamers are seeing is that this announcement seems to be contrary to comments made by Sony during press tours for the PS5 last year. In a blog post from last year, Sony discusses how notable titles that launch on PS4 will have free upgrades for PS5:

Additionally, we know that the PS4 community will transition to PS5 at different times, and we’re happy to announce PS4 versions of some of our exclusives. Marvel’s Spider-Man: Miles Morales, Sackboy A Big Adventure, and Horizon Forbidden West will also launch on PS4. While these three games were designed to take advantage of PS5 and its unique next-gen features like the ultra-high-speed SSD and DualSense controller, PS4 owners will also be able to enjoy these experiences when they launch. The PS4 digital versions of launch games include a free upgrade on both PS5 consoles, while the PS4 disc versions of these games include a free upgrade on the PS5 with Ultra HD Blu-Ray disc drive.

The reversal on Horizon Forbidden West is concerning for some gamers, as many feel betrayed and now pressured to upgrade there hardware sooner than anticipated in order to not have to pay double for this highly anticipated game.

The anticipated sequel arrives on PS4 and PS5 on 2/18/2022. Pre-orders are available now for those looking to prepare for the launch. MHG will continue to cover this title and review it upon release. For now, continue to BLOW IT UP! and most importantly, Stay Rad.