It’s time for March’s Comic Roundup! Optimus Prime versus the Terminator, IDW asks who you got in their latest crossover. Detective Spider-Man is on the case in Spider-Man Noir. Will Batman die a villain or be the hero Gotham needs one last time – the finale to Batman: Curse of the White Knight! 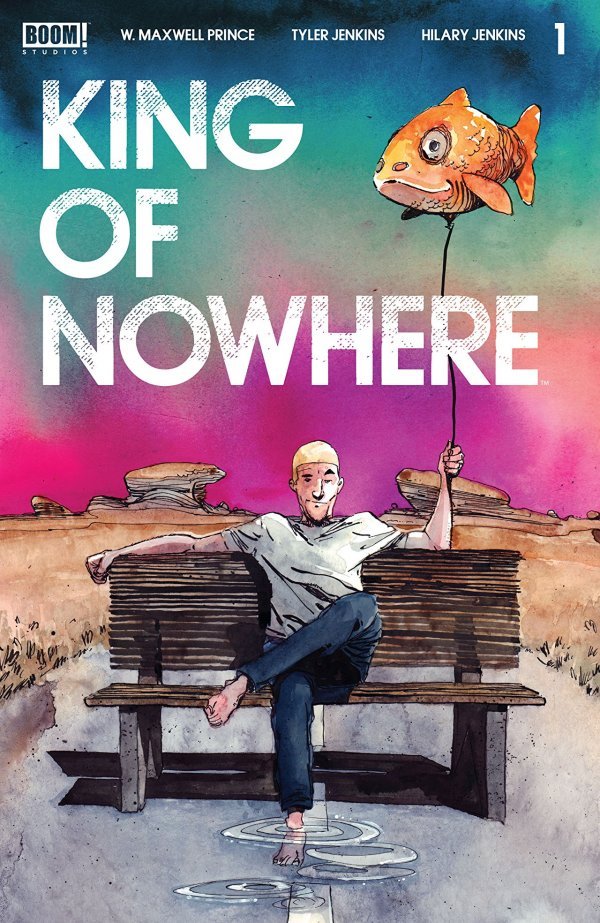 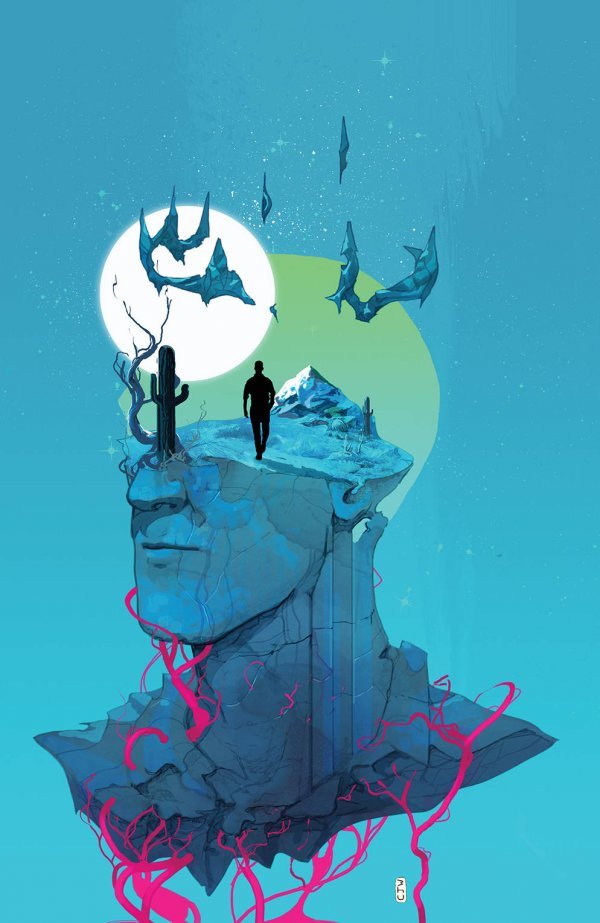 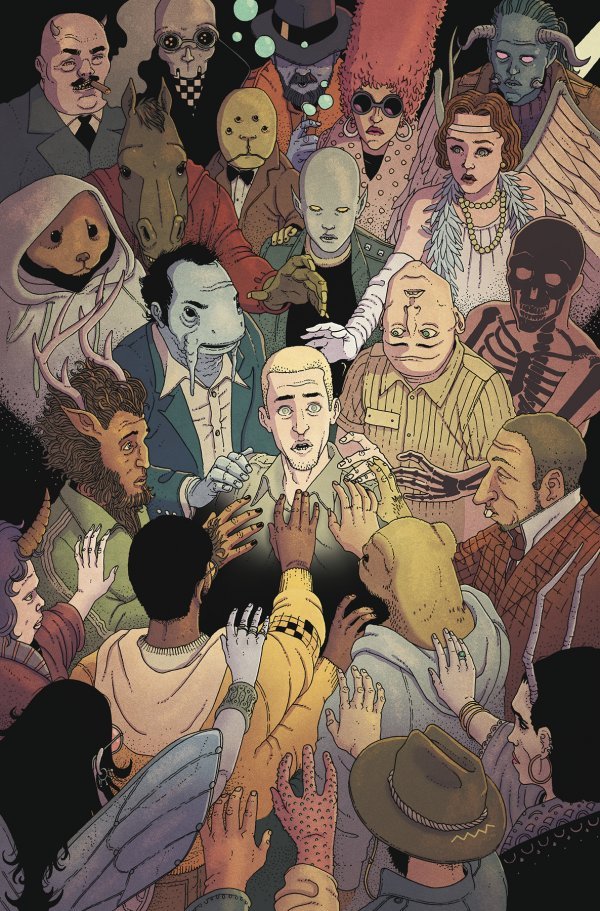 Eisner Award-nominated writer W. Maxwell Prince (Ice Cream Man) comes to BOOM! Studios with Eisner-nominated artist Tyler Jenkins (Grass Kings, Black Badge) for an unforgettable thriller that explores the miraculous, the mundane, and all the mysteries in between.

Lovable drunken lowlife Denis awakens on the outskirts of a mysterious village called Nowhere, home to a friendly populace of deformed, mutated, just-left-of-normal citizens-and he has no memory of how he got there.

But just when Denis starts to regain his memories, his past catches up to him… literally. What at first seems like merely a bad trip quickly heightens into a drama of mistaken identities, small-town conspiracy, and high-stakes fantasy fulfillment. 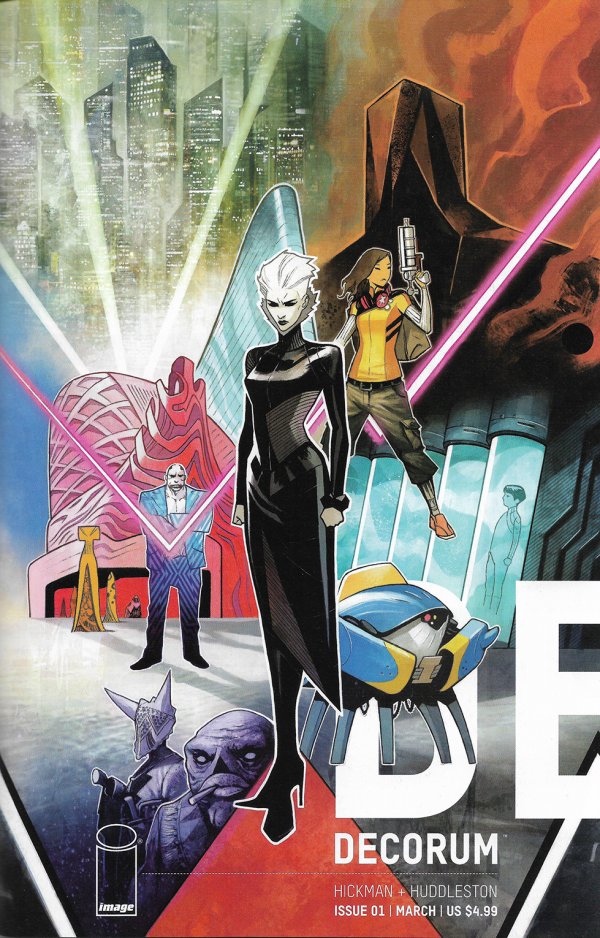 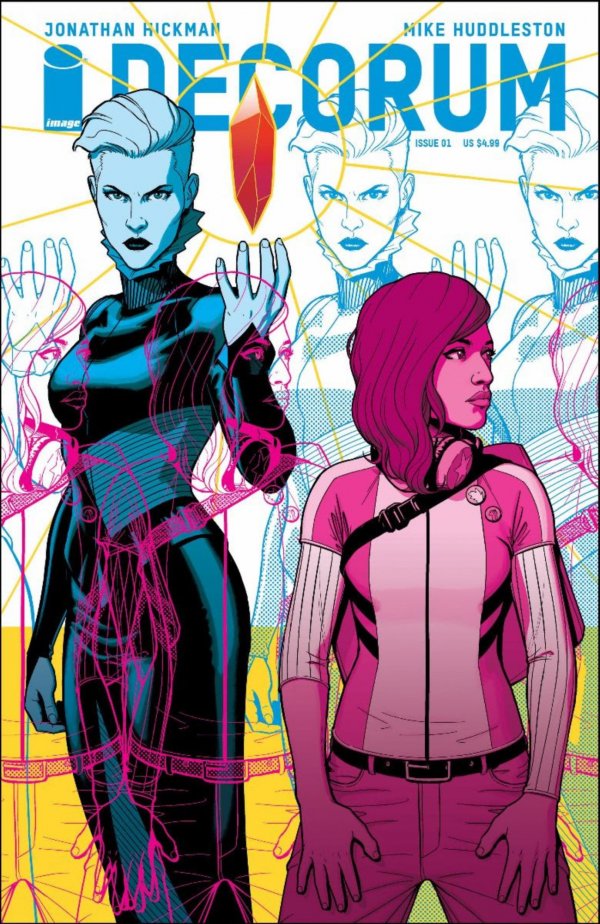 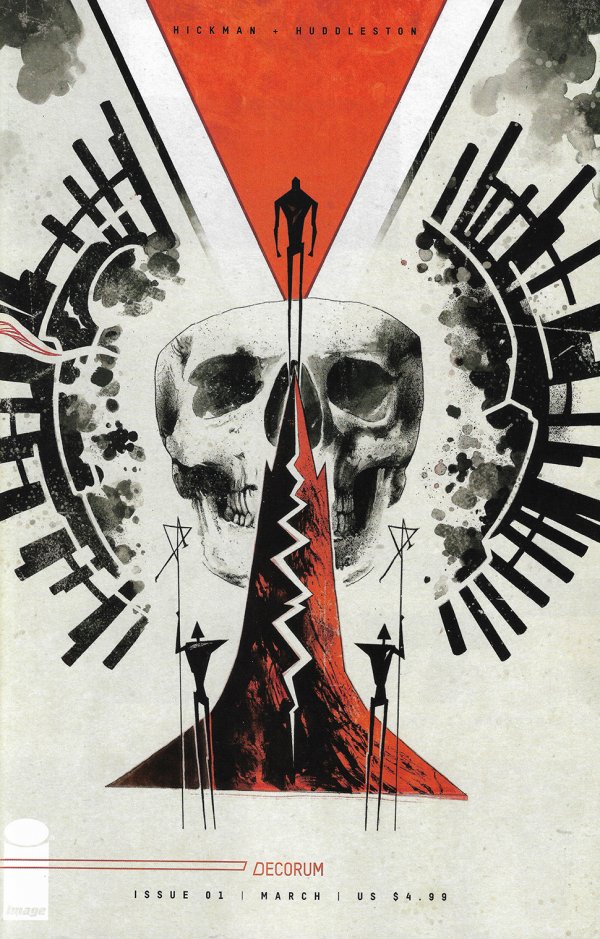 There are many assassins in the known universe. This is the story of the most well-mannered one.“Manners are a sensitive awareness of the feelings of others. If you have that awareness, you have good manners, no matter what knife you use.” 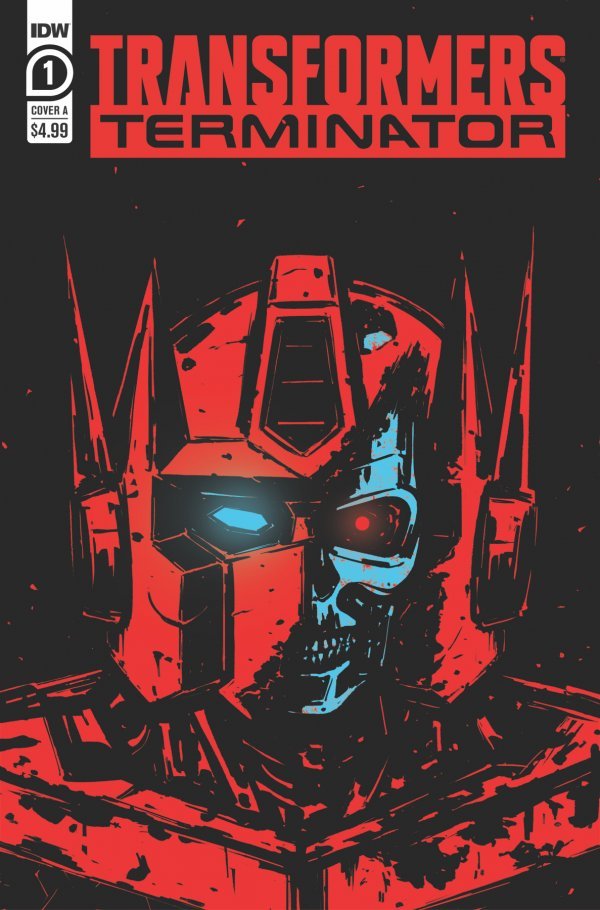 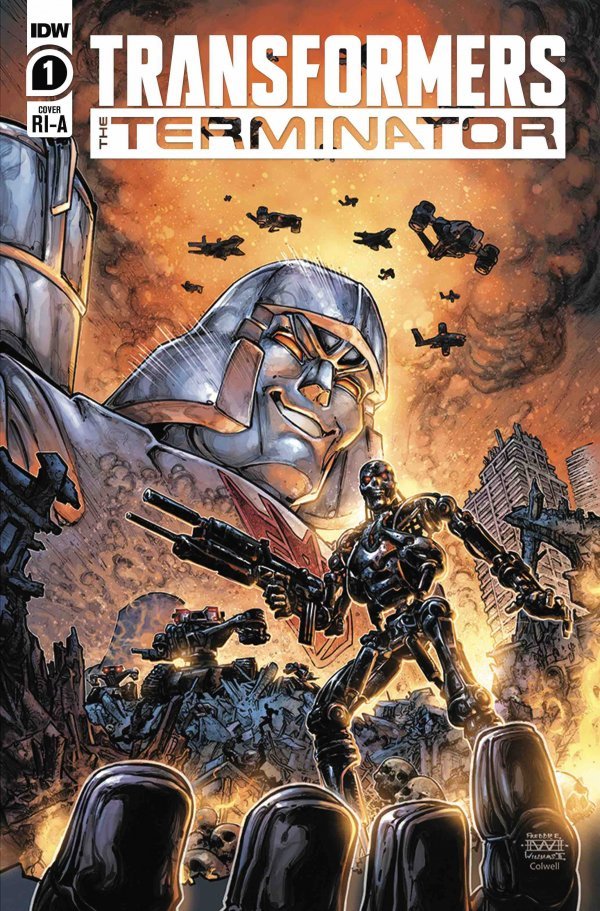 It’s Skynet vs. Cybertron in a crossover for the ages! 1984: When a deadly race of machines emerge from another time, will a robotic guardian be able to protect the Earth from a dire future… or will the T-800 fail in his mission to prevent the world from becoming a plaything to the Decepticons? 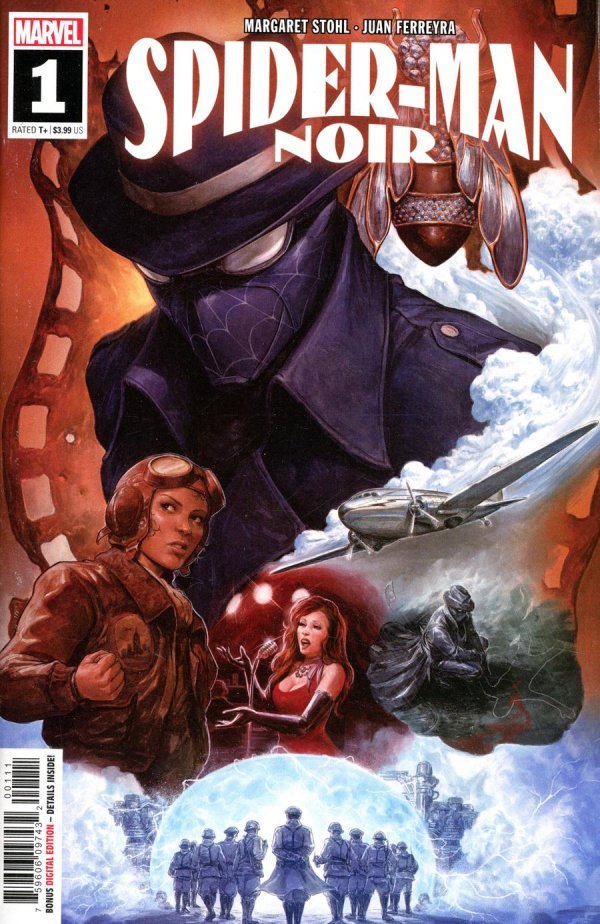 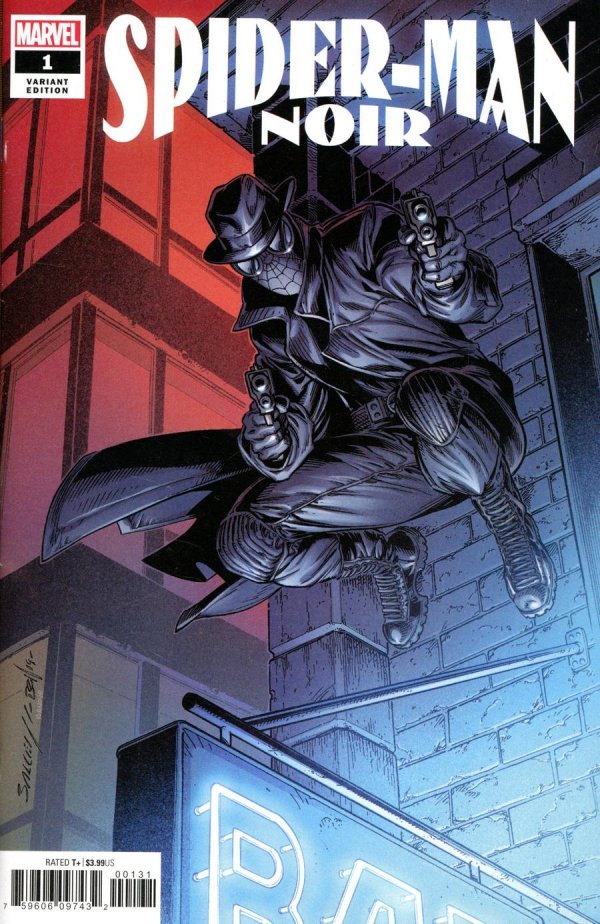 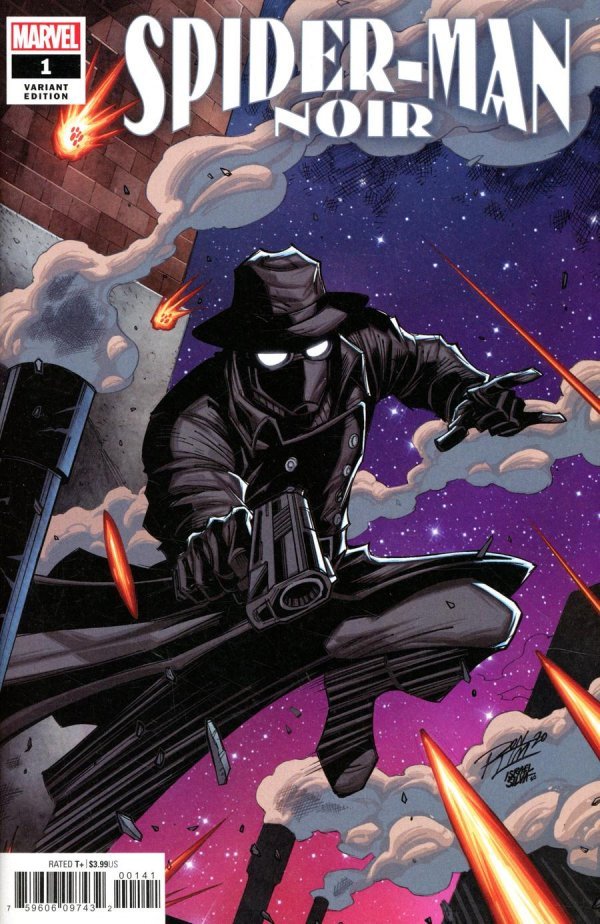 MURDER AND MYSTERY IN THE MIGHTY MARVEL MANNER! DATELINE, 1939!

As the specter of war looms on the horizon, SPIDER-MAN: NOIR fights the good fight at home, stopping the injustices of a more friendly-neighborhood variety. But after a dame is murdered at The Black Cat nightclub and all clues point overseas, Spidey will have no choice but to board the next flight to Europe and kick off a globetrotting adventure through yesteryear of the Marvel Universe! 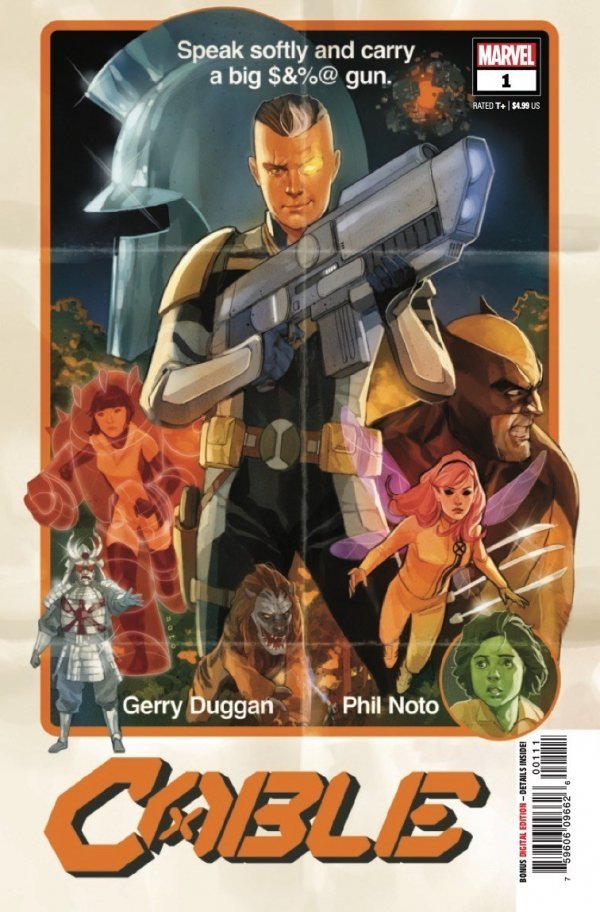 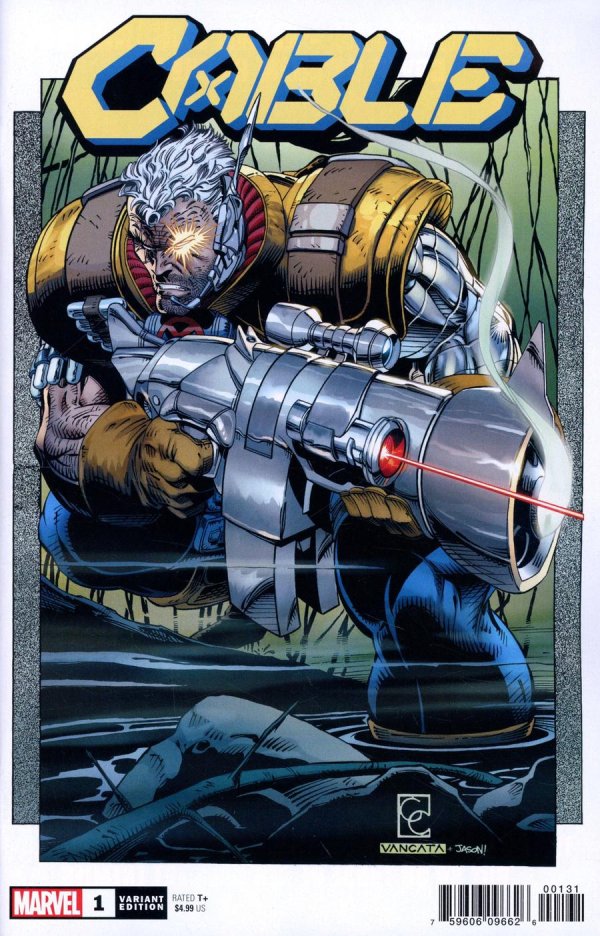 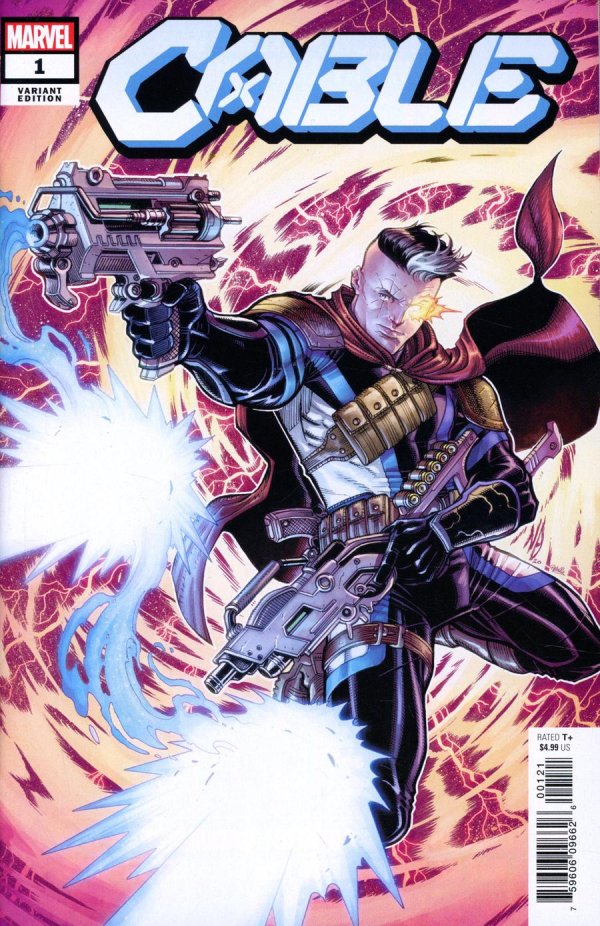 THE DAWN OF REBELLION! Cable was a grizzled old veteran of the wars to save the future…and he will be again. But for now, he’s a young mutant living in paradise leading a life of adventure! Nathan Summers, son of two of the most powerful mutants on Krakoa, has a destiny leading the youth of mutantkind in rebellion…so why not start now? GERRY DUGGAN (MARAUDERS, DEADPOOL) and PHIL NOTO (STAR WARS, POE DAMERON) bring us young Cable as we’ve never seen him before! 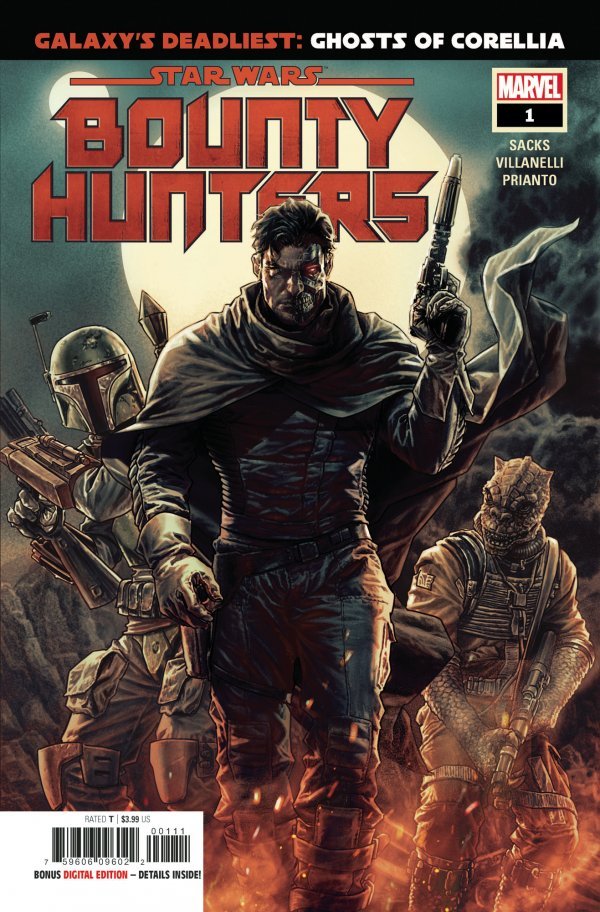 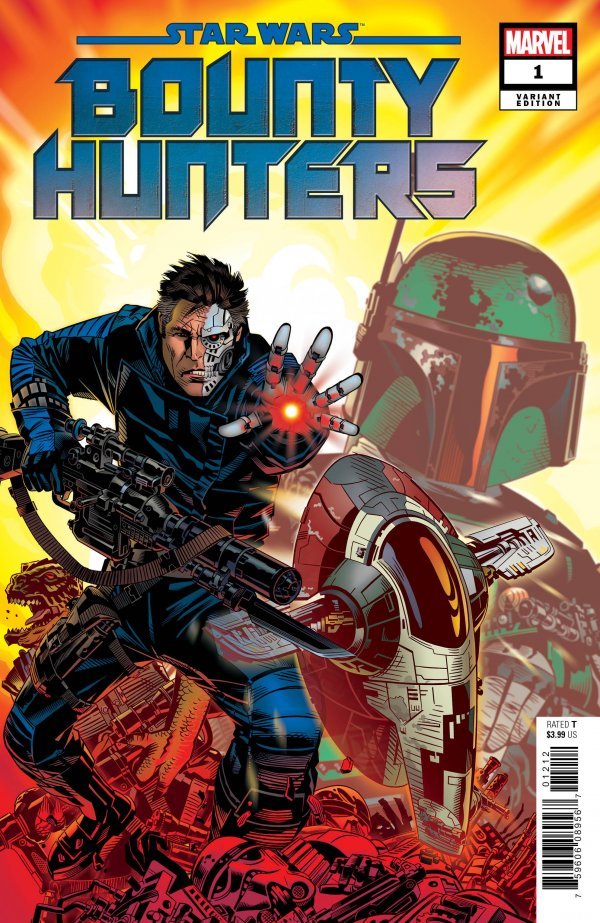 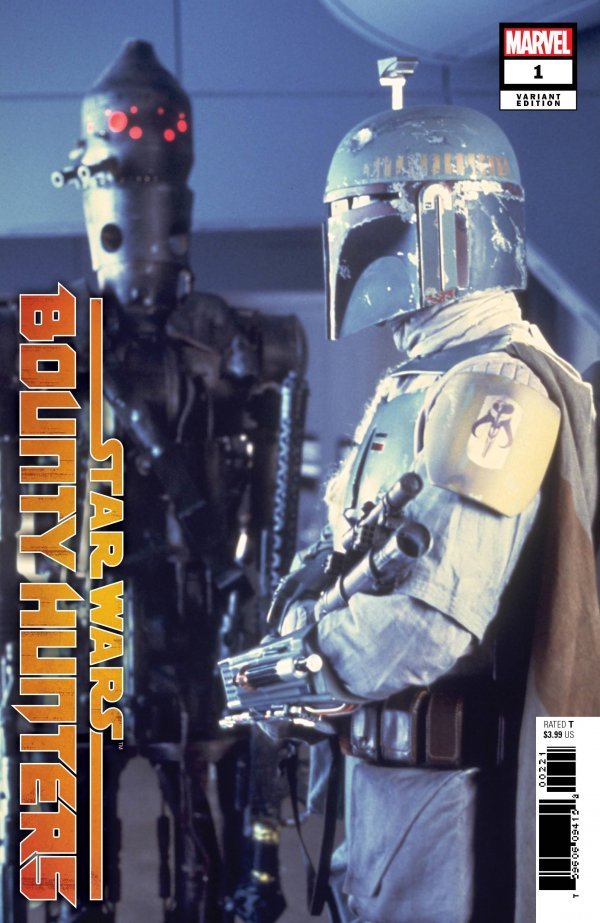 While the battle between the Rebellion and the Empire raged in the stars, the darker corners of the Star Wars universe belonged to the bounty hunters,” Sacks tells StarWars.com. “And that’s always been a facet of the saga that’s fascinated me ever since I first witnessed that glorious murderers’ row take a bounty from Darth Vader aboard the Executor in a theater as a seven-year-old in 1980. I’m channeling that wonder from The Empire Strikes Back and beyond in Bounty Hunters, which will be a high-octane action romp through the Star Wars underworld of Hutts and Fetts. 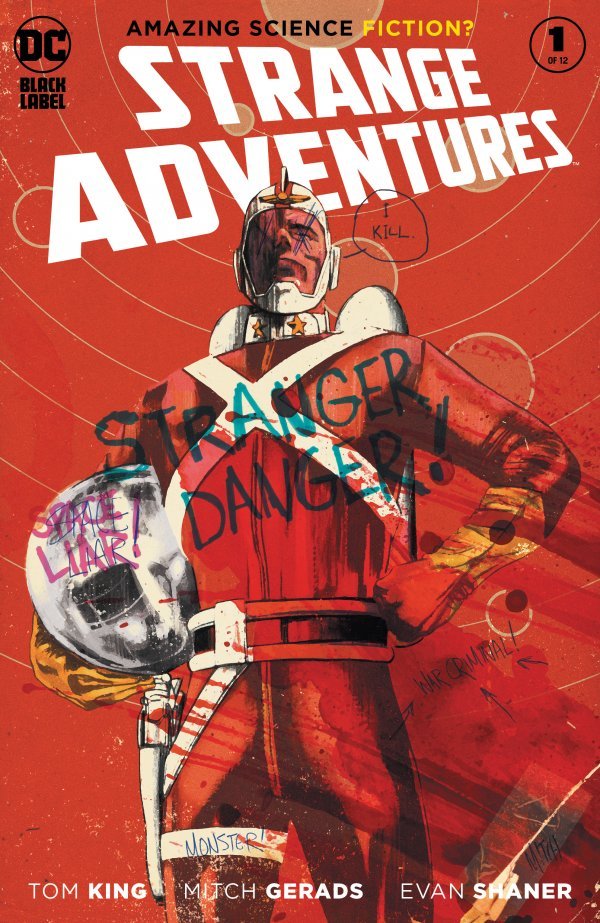 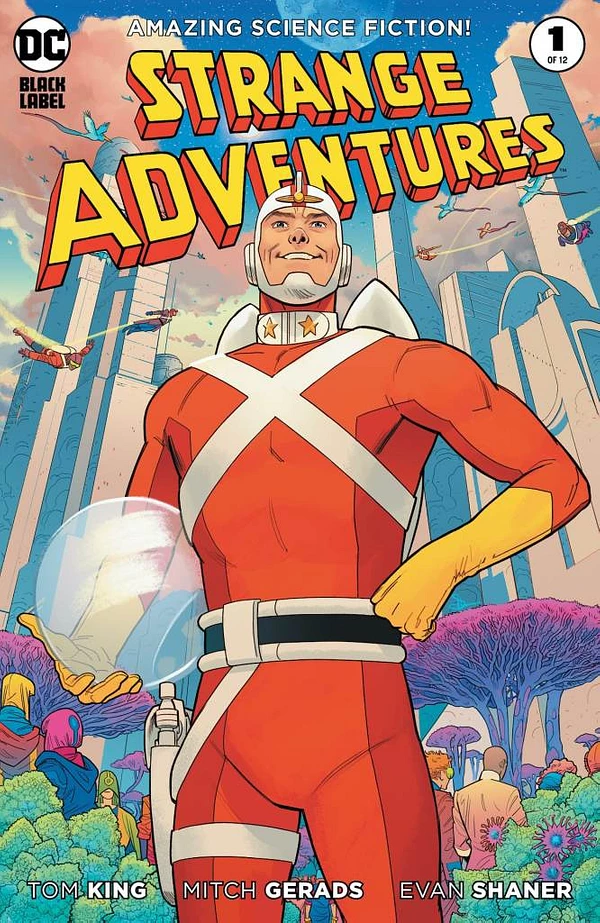 The Mister Miracle team of writer Tom King and artist Mitch Gerads are joined by fan-favorite artist Evan “Doc” Shaner to bring you an epic tale in the tradition of Watchmen, The Dark Knight Returns, and DC: The New Frontier—a story of blood, war, and love that readers will be talking about for years to come.

Adam Strange is the hero of Rann, a man famous throughout the galaxy for his bravery and honor. After leading his adopted home to victory in a great planetary war, Adam and his wife Alanna retire to Earth, where they are greeted by cheers, awards, and parades. But not all is as happy and nice as it seems, as the decisions Adam made during battles on Rann come back to haunt his family and threaten the entire DC Universe. And now a surprise DC hero will have to choose between saving Adam Strange and saving the world.

A story like no other, Strange Adventures is an ambitious, thrilling, shocking, and beautiful 12-issue saga that will push Adam Strange to the breaking point—and beyond!. 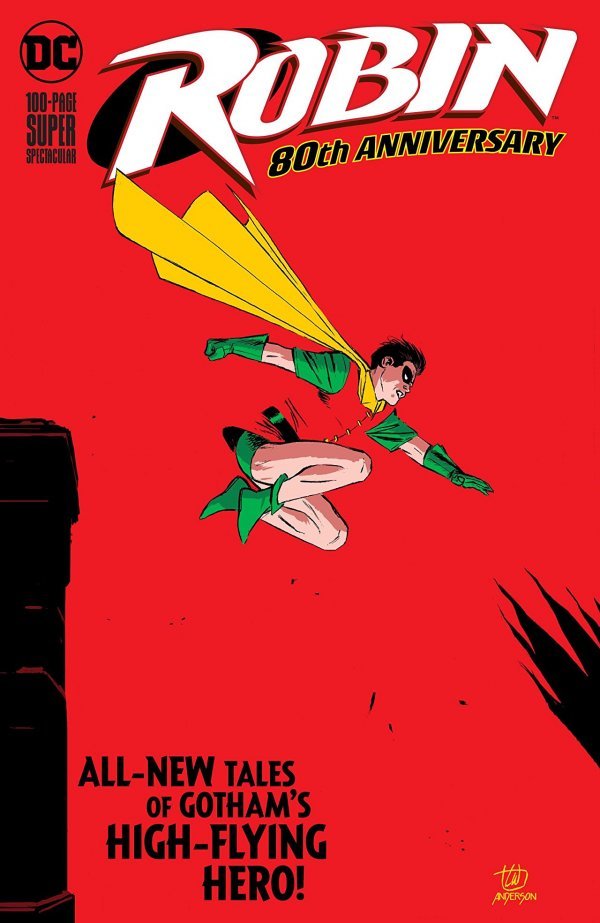 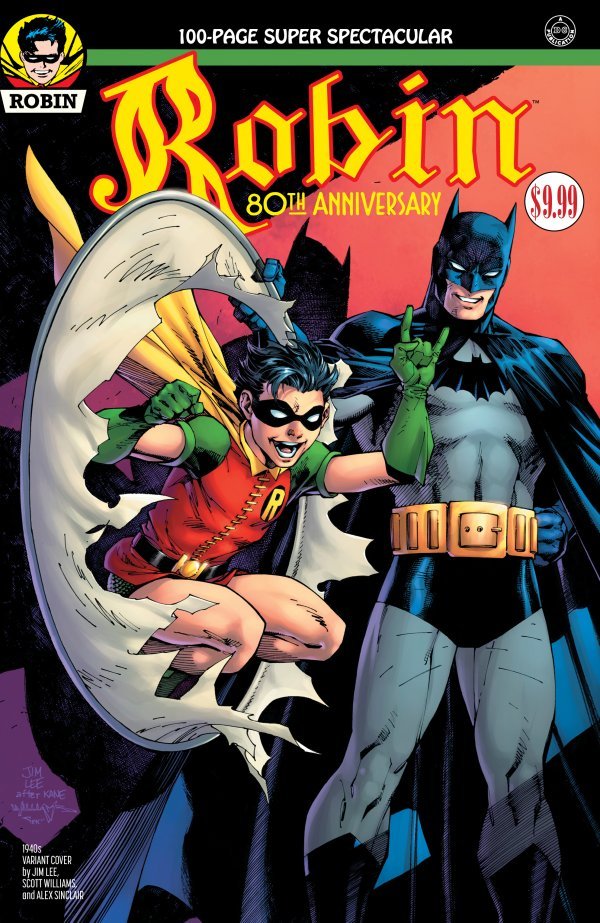 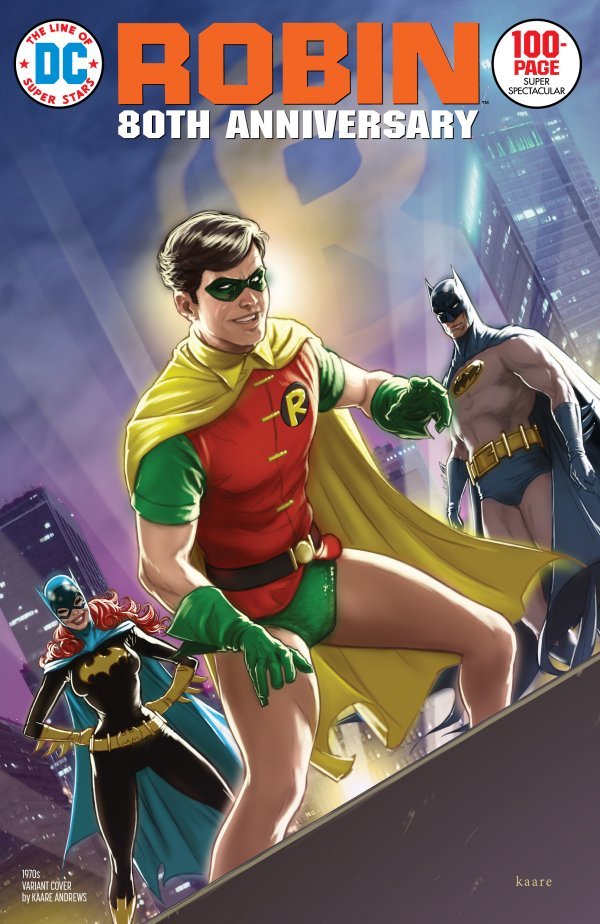 DC Comics celebrates Robin the Boy Wonder’s 80th anniversary in style with an all-star creative team representing each iteration of the iconic character across eight decades of history! From the high-flying adventures of Dick Grayson to the tragedy of Jason Todd, the enthusiasm of Tim Drake and the arrogance of Damian Wayne, the persistence of Stephanie Brown and the rebelliousness of Carrie Kelley—the mantle of Robin has been worn by many, but always represents one thing: a hero.

BATMAN: CURSE OF THE WHITE KNIGHT #8 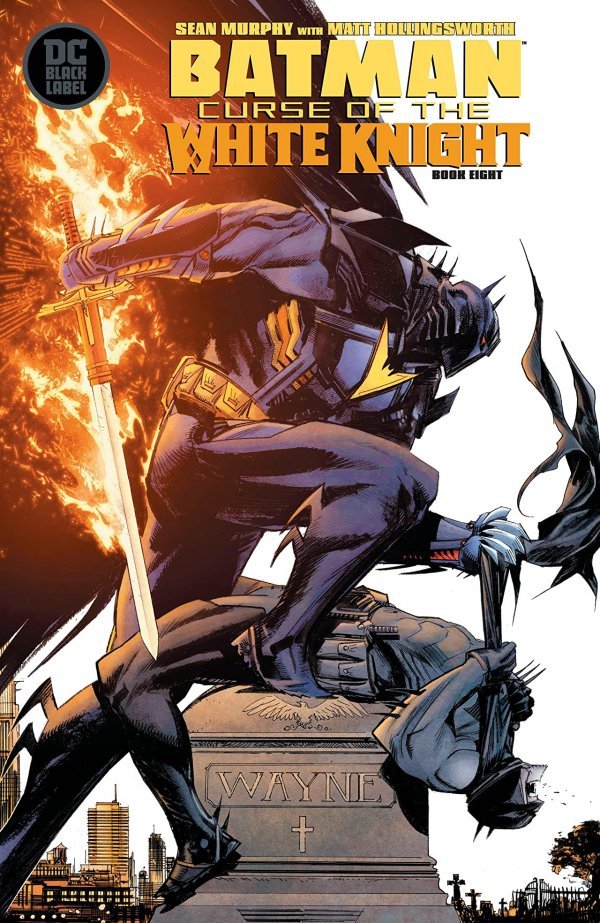 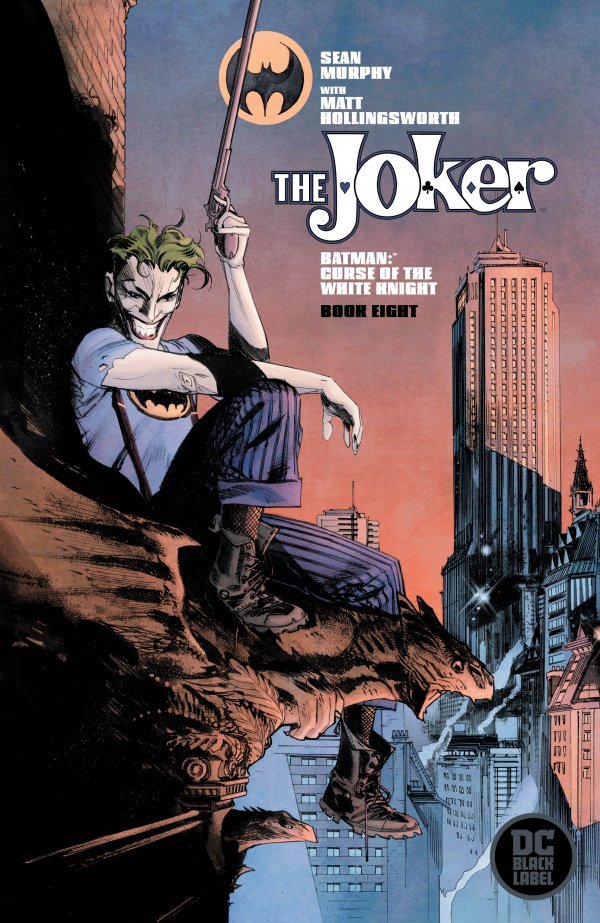 Witness the final battle of the two Bats in this conclusion to the second installment of the White Knight saga!  After learning the truth about his name and fortune, Bruce Wayne has made a shocking public announcement in pursuit of redemption –  but before he can secure Gotham’s future and prosperity once and for all, he must protect the city in one last brutal showdown with Azrael.  With Batman devastated by his shattered identity and with little left to lose, there may be nothing left to stop him from abandoning his code and resorting to one unthinkable desperate measure.

With the major news that Dan Didio has left DC Comics many fans are wondering what impact this could have. Jim Lee at C2E2 this weekend put the hush on those rumors of a Marvel buyout. Other news from the weekend included the announcement that Ice Cream Man is being adapted on the mobile video platform Quibi, which features short-form episodes uploaded daily. Donny Cates teased fans about upcoming characters appearing in his Thor run including Throg and the ravens. Jonathan Hickman teased that Moira McTaggart will be back after being absent since she blew readers’ minds in House of X #2.