New Year, New Round Up! Donny Cates gets his dream job, as he takes the mantle on THOR!  Tom King has closed his Batman run enter the blazing hot James Tynion IV. Wonder Woman celebrates her 750th anniversary issue.  Ice Cream Man pays tribute to the most iconic cover in comics. 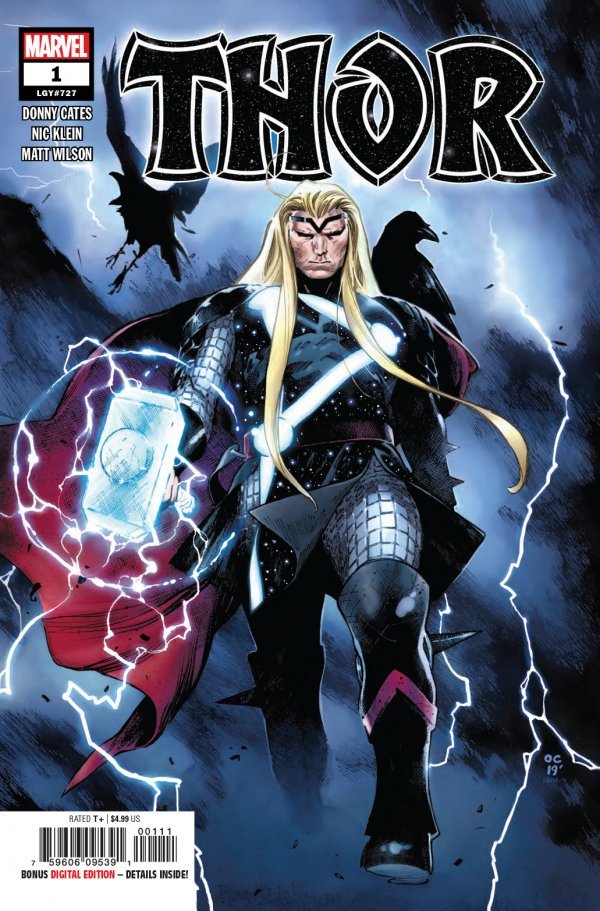 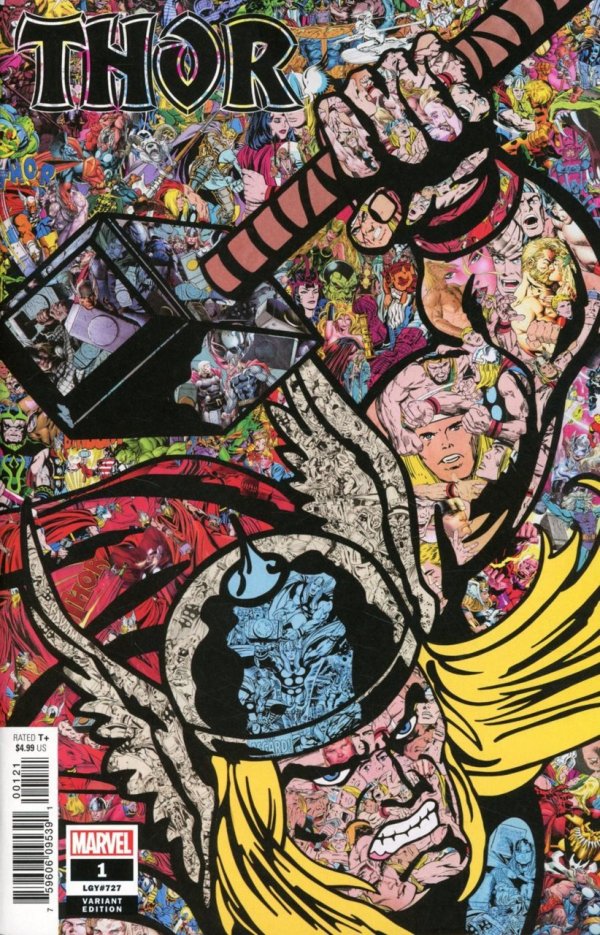 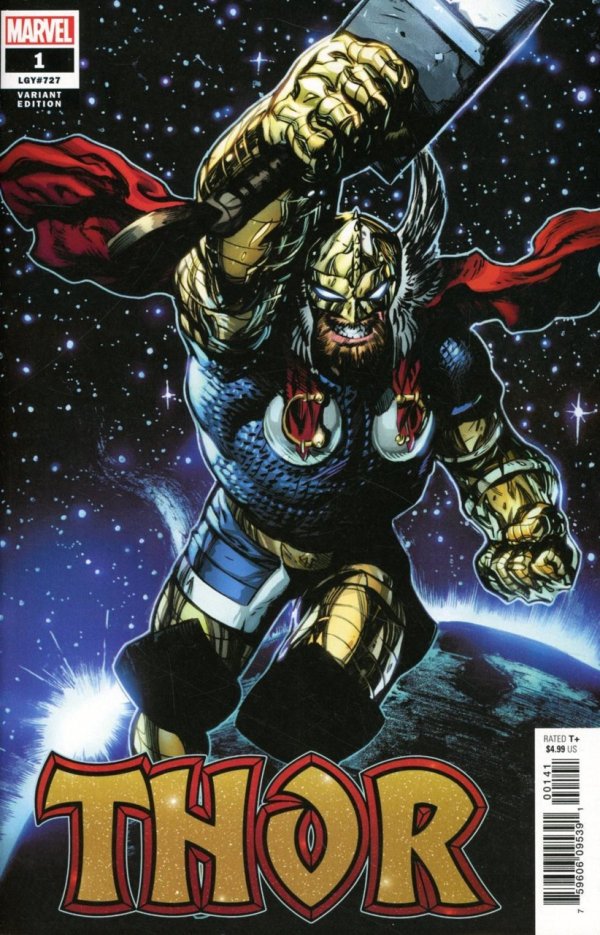 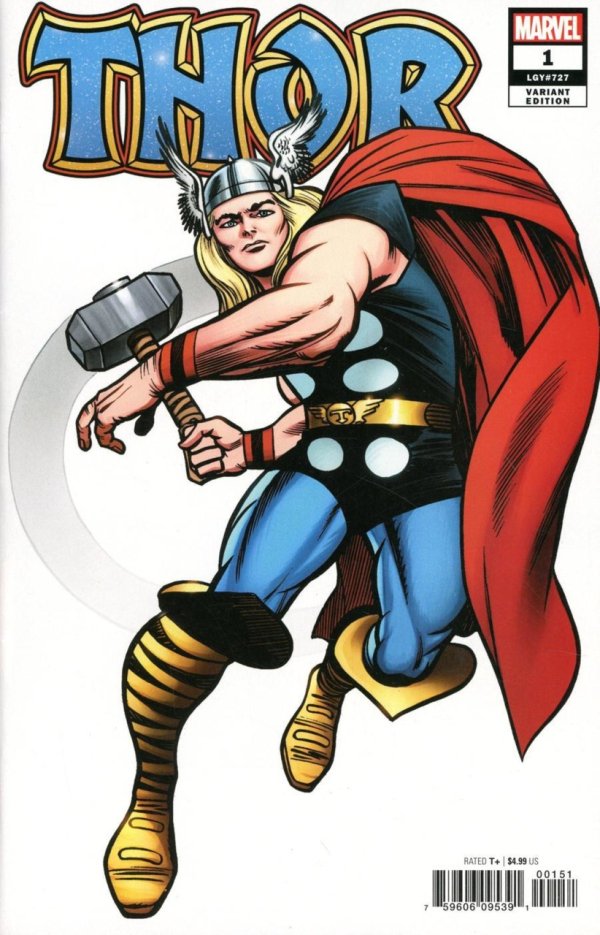 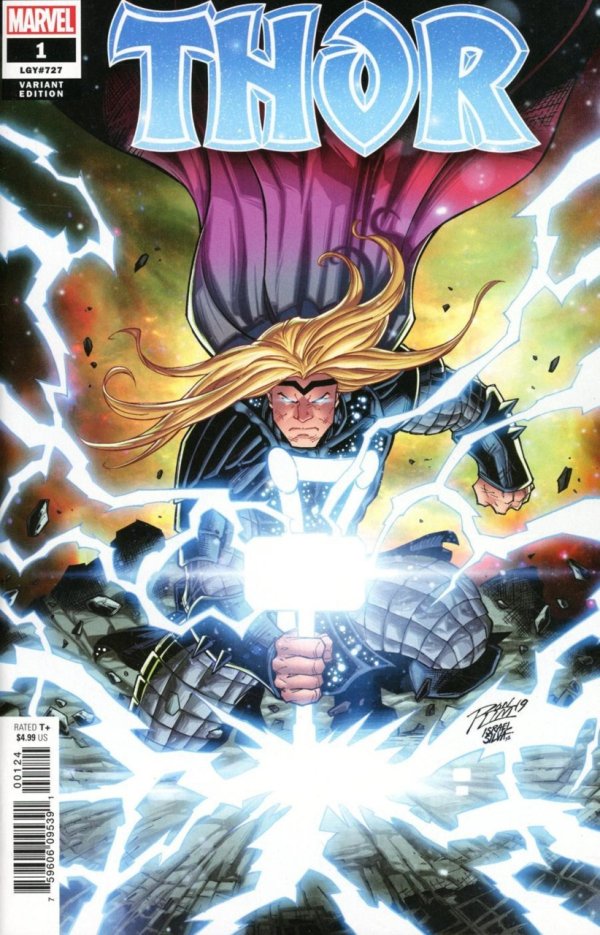 A BRAND-NEW, SUPERSTAR CREATIVE TEAM TAKES THE KING OF ASGARD TO NEW REALMS OF GLORY! The prince is now a king. All Asgard lies before Thor, the God of Thunder. And after many months of war, the Ten Realms are finally at peace. But the skies above the Realm Eternal are never clear for long. The Black Winter is coming. And the God of the Storm will be powerless before it.

Having just read this book in the last few days have to tell you it is outstanding. I immediately sent several texts out to friends saying you need to read this now! Donny Cates is weaving his way through several Marvel series and one can expect his Thor run to be huge for Marvel this year. 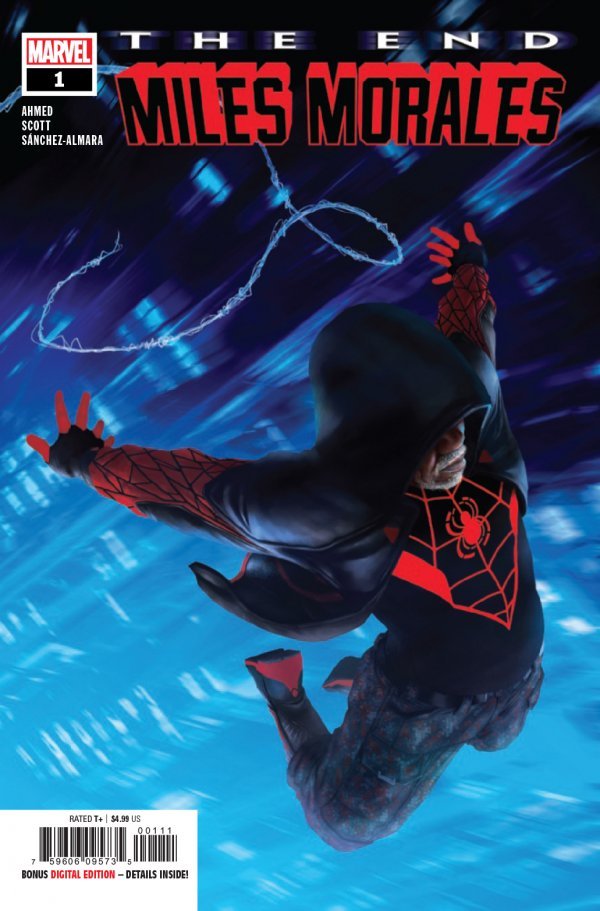 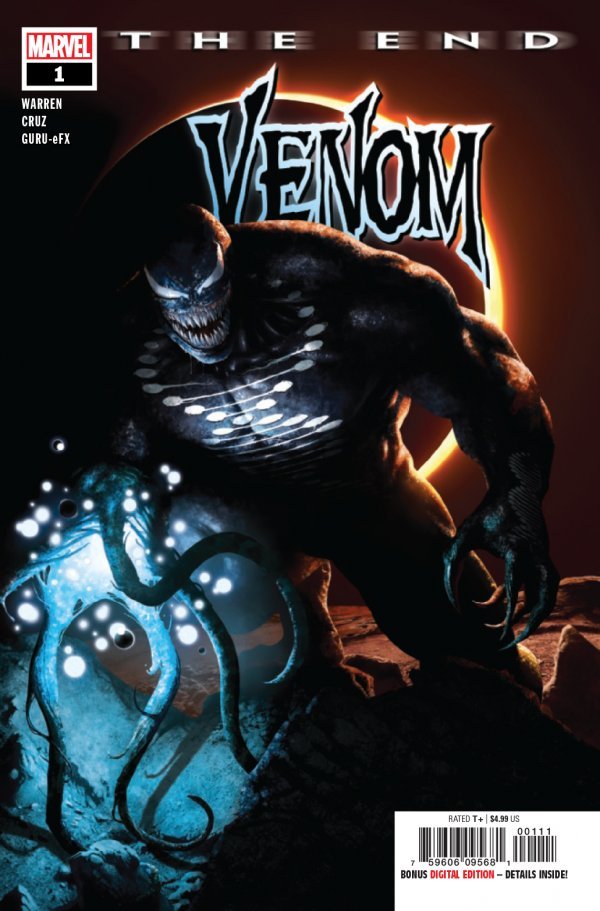 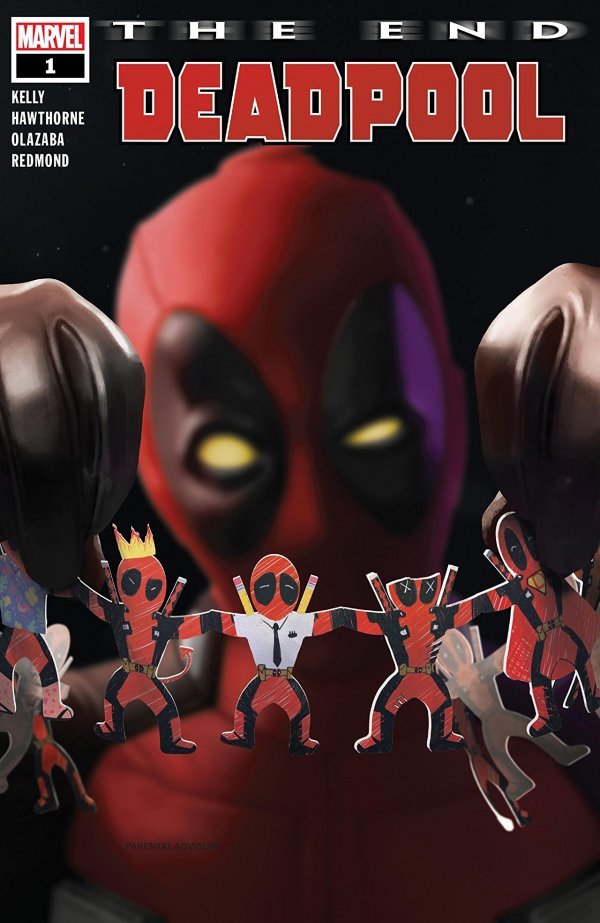 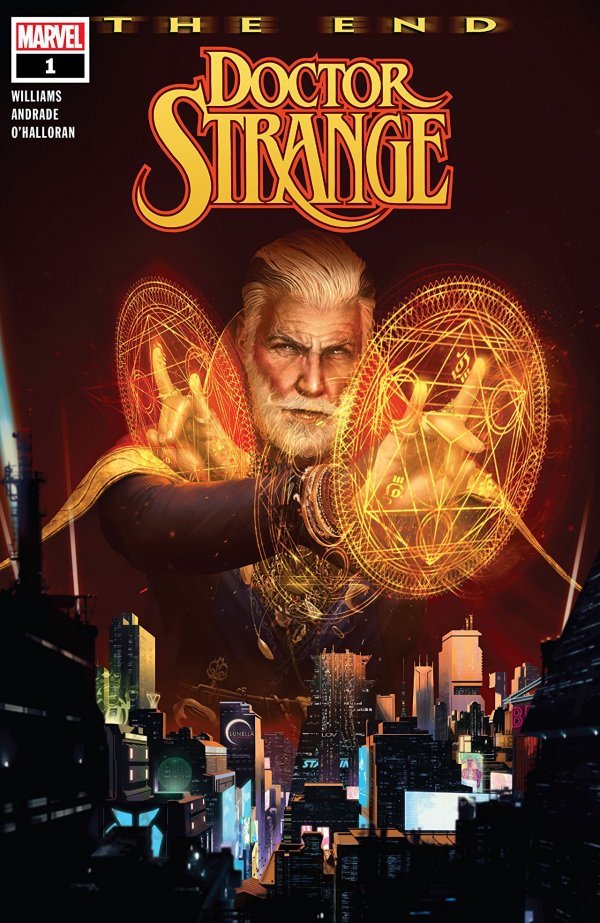 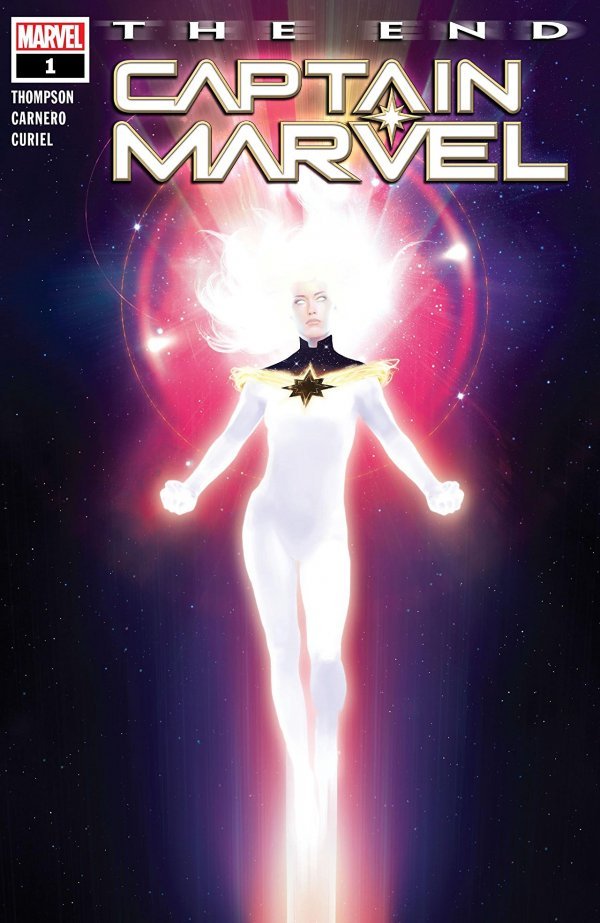 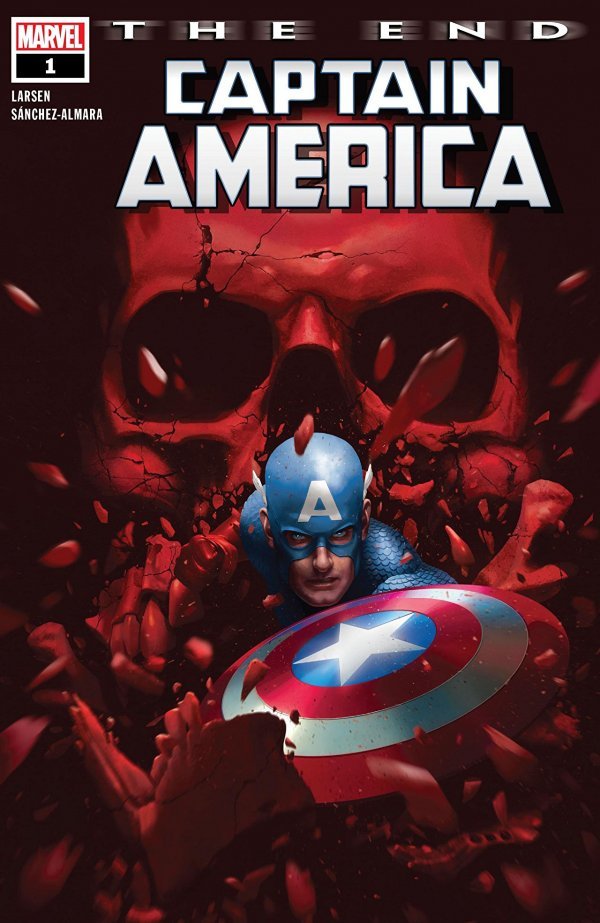 Marvel’s multiple series “The End” themed event kicks off this month.  This event is spans through several series including: Miles Morales, Venom, Captain America, Deadpool, Doctor Strange, and Captain Marvel. All coined as the final story for the aforementioned leading characters.  As always, when Marvel goes big on an event you can expect a lot of buzz from readers and some key issues in the mix for collectors. 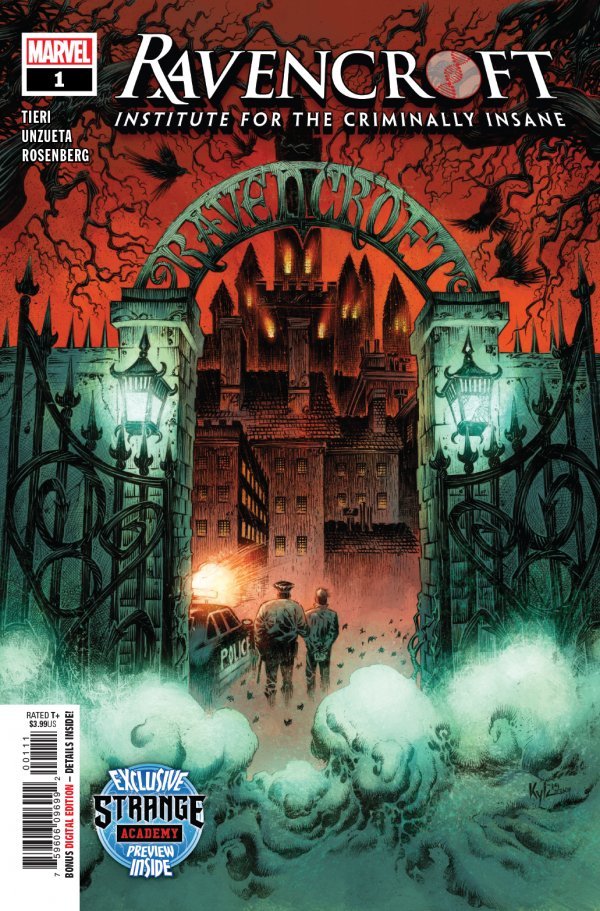 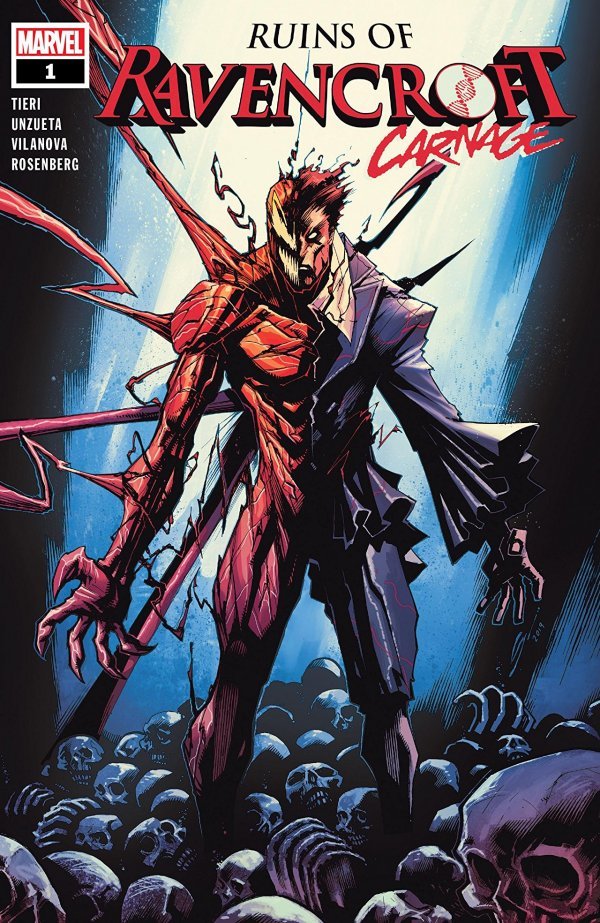 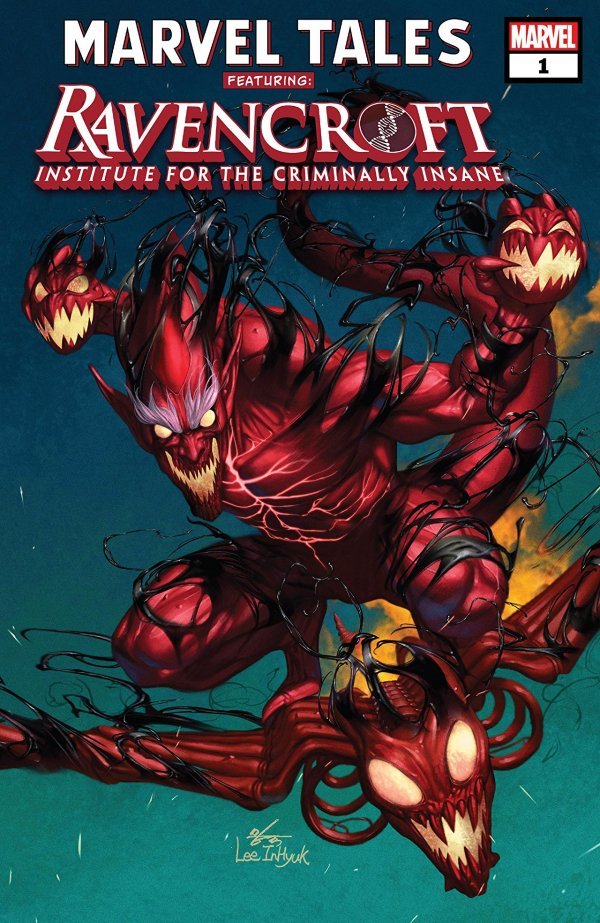 RAVENCROFT REOPENED! After the hellish horrors of ABSOLUTE CARNAGE, the Ravencroft Institute has received a much-needed facelift and is open for business with a new staff, including JOHN JAMESON, looking to atone for the part he played in ABSOLUTE CARNAGE. But will Ravencroft return the mentally unstable villains of the Marvel Universe to upstanding citizens and give John the redemption he’s looking for, or will they fall prey to the hospital’s seemingly sinister nature?

Another story line that has a big push from Marvel with 3 titles all tied to Ravencroft.  Ruins of Ravencroft: Carnage and Marvel Tales: Ravencroft will also be hitting shelves in January. 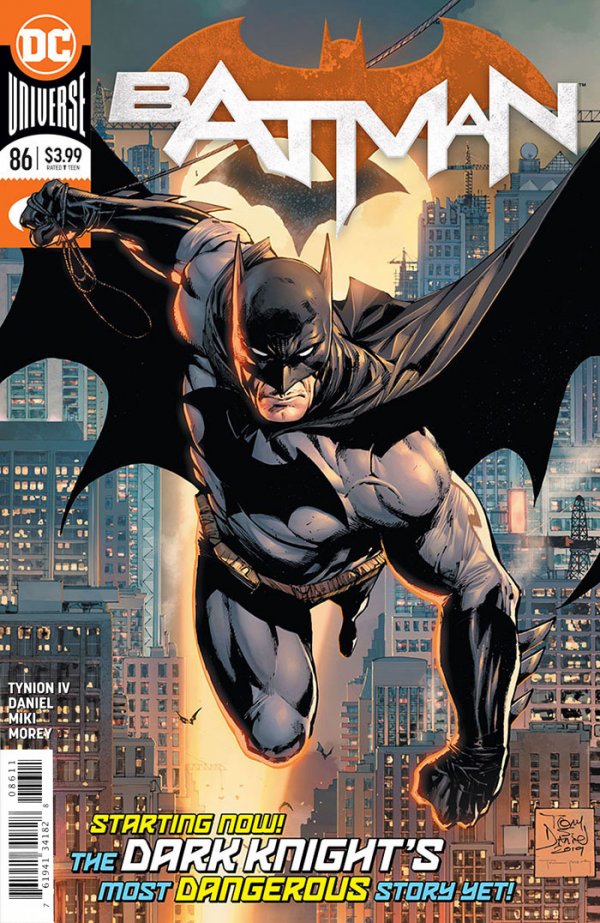 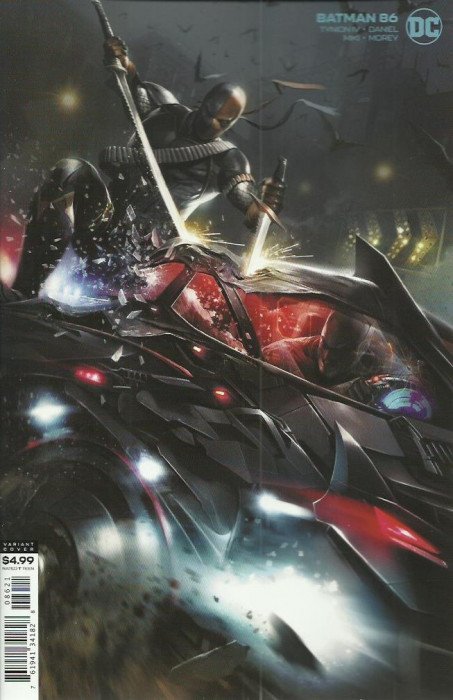 It’s a new day in Gotham City, but not the same old Batman. With Bane vanquished and one of his longtime allies gone, Batman has to start picking up the pieces and stepping up his game. Batman has a new plan for Gotham City, but he’s not the only one. Deathstroke has returned as well, under a mysterious new contract that could change everything.

Beginning a whole new chapter in the life of the Dark Knight, the epic art team of Tony S. Daniel and Danny Miki are joined by new series writer James Tynion IV!

Confirmed 1st appearances of two new characters Mr. Teeth and Gunsmith! Tynion’s work on Something is Killing the Children is enough to get me stoked to see where he takes this series! 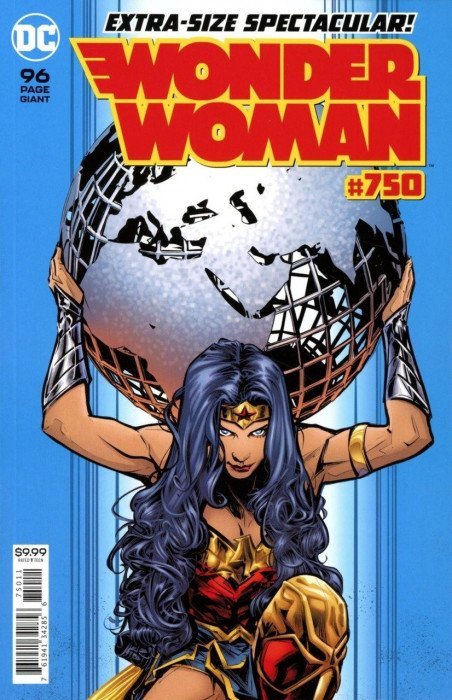 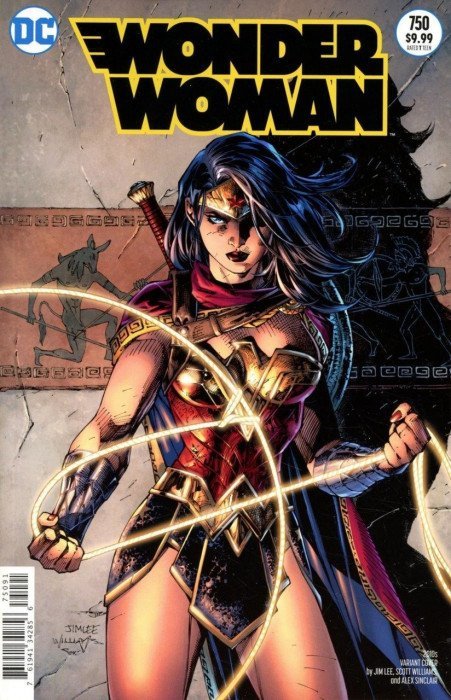 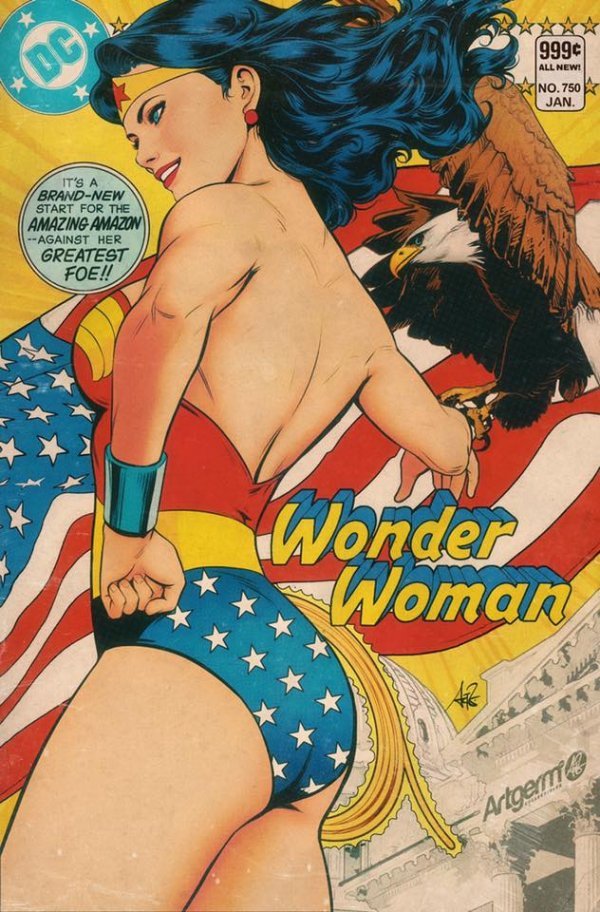 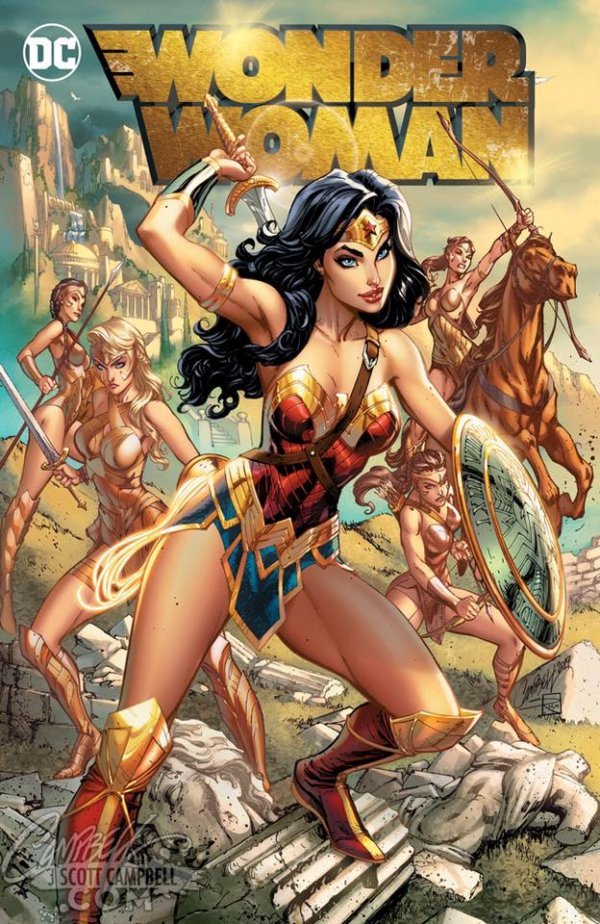 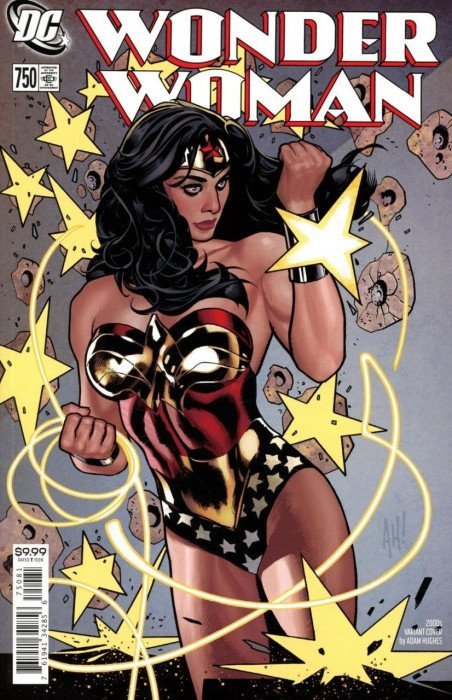 An all-star 96-page celebration of the Amazon Princess by longtime favorites and acclaimed new voices! In the lead story, Wonder Woman’s epic “Year of the Villain” battle comes to a close, leading the way to new challenges ahead. Additionally, this oversized gem tells tales from Diana’s past, present and future by some of the greatest storytellers in the business— including Colleen Doran, Mariko Tamaki, the Teen Titans: Raven team of writer Kami Garcia and artist Gabriel Picolo, and legendary Wonder Woman creators returning to the character, including Gail Simone and Greg Rucka!

Variant covers on this issue when you include shop exclusives, will be well over 30+ covers. If you are a Jim Lee fan like me, be sure to checkout the 9 covers Torpedo Comics is offering here. 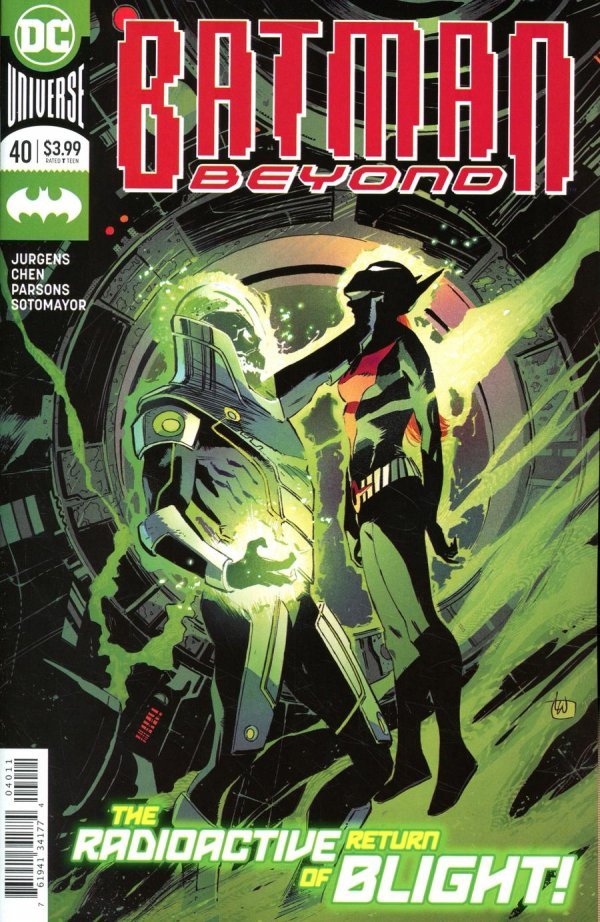 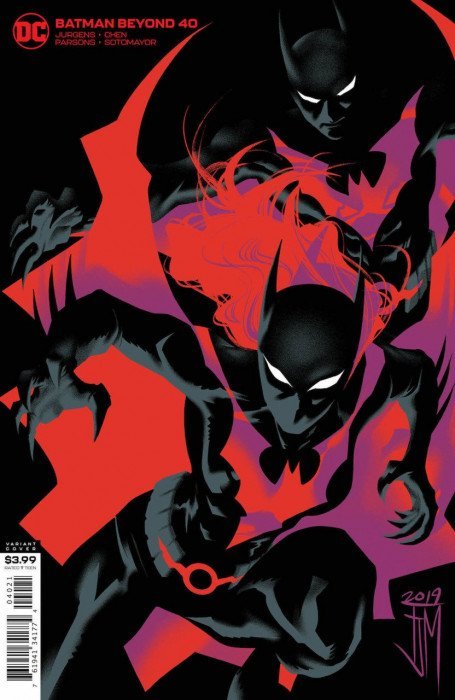 Batwoman is doing her best to find Blight, but time is running out. The evil villain is looking to take Terry’s body for good, which would give him a whole new lease on his criminal life. And rather than wait for Batwoman to come to him, Blight takes the fight to her! Meanwhile, Bruce Wayne is surprised to find a blast from his past has returned.

Identity of Batwoman Beyond to be revealed this issue! This books has been on a terror and it will most likely continue. 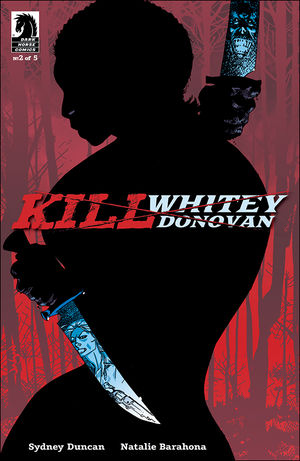 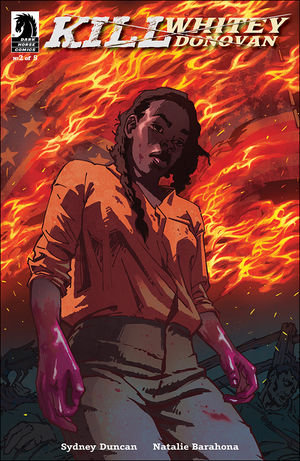 Hattie and Anna knew that executing their plan to kill ”Whitey” Donovan would be difficult, but they never anticipated their path to find him would be a literal inferno of war; hunted by the evil Tyson and his devil dogs, attacked by Confederate soldiers–with no allies yet to be found–can they possibly survive long enough to find the vengeance they so desperately seek?

The first issue blew onto the scene as it was announced that the series will be adapted for a film. 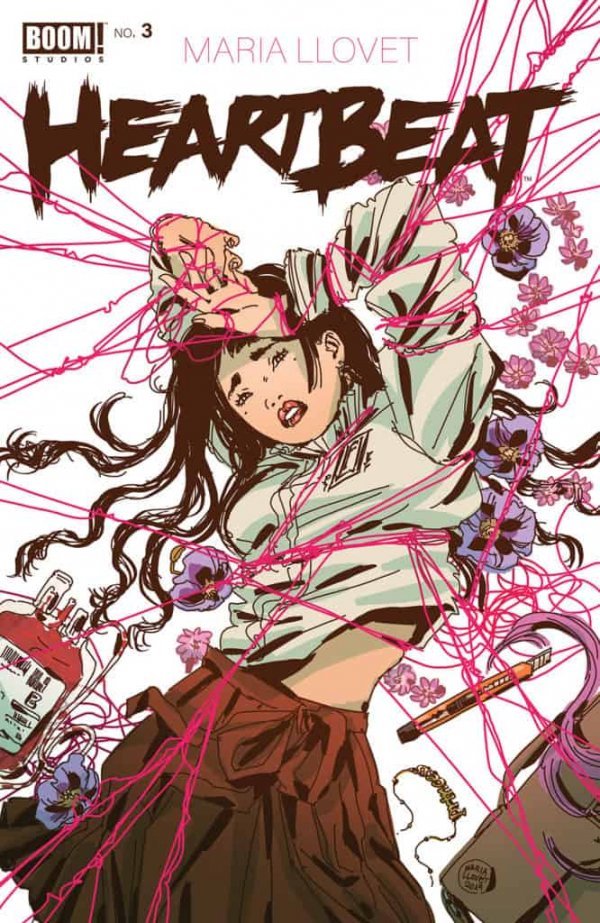 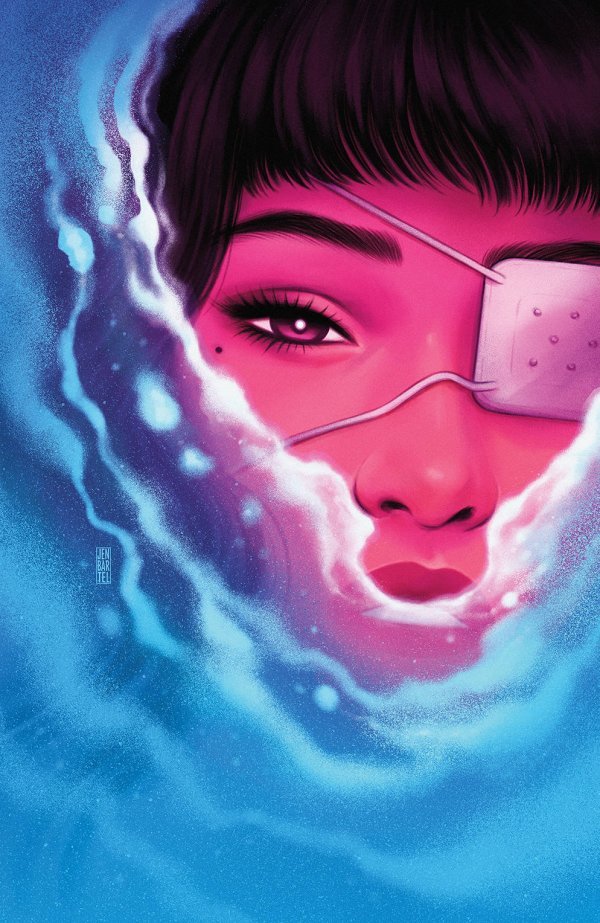 After a thrilling encounter with Donatien, Eva finds herself becoming more interested in his macabre tastes. As the murderer draws her deeper into his world, what parts of herself is Eva willing to give up to get closer… and will she miss them when she’s done?

Artist Maria Llovet has a unique art style that drew in fans on the series FAITHLESS, now she gets unleash all of her creativity as writer and artist. 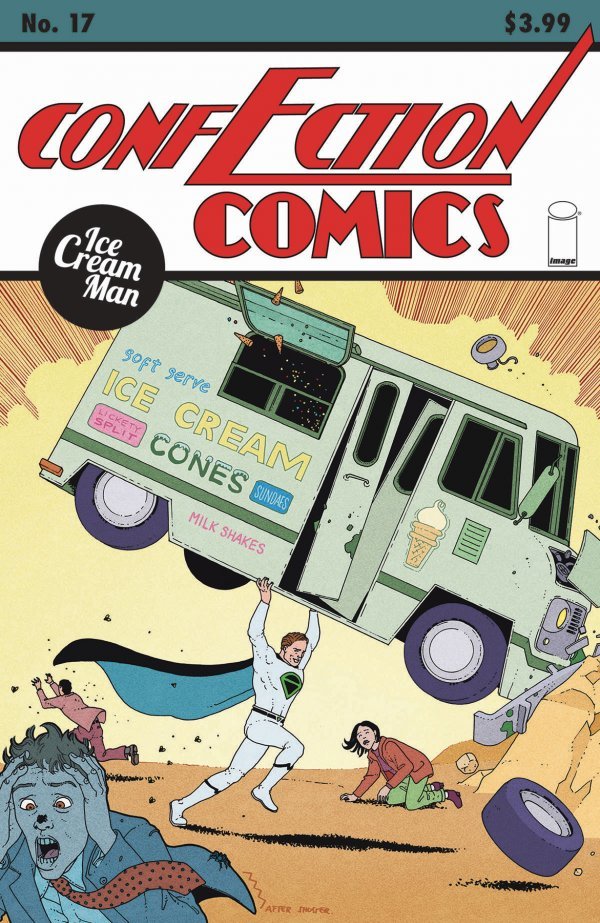 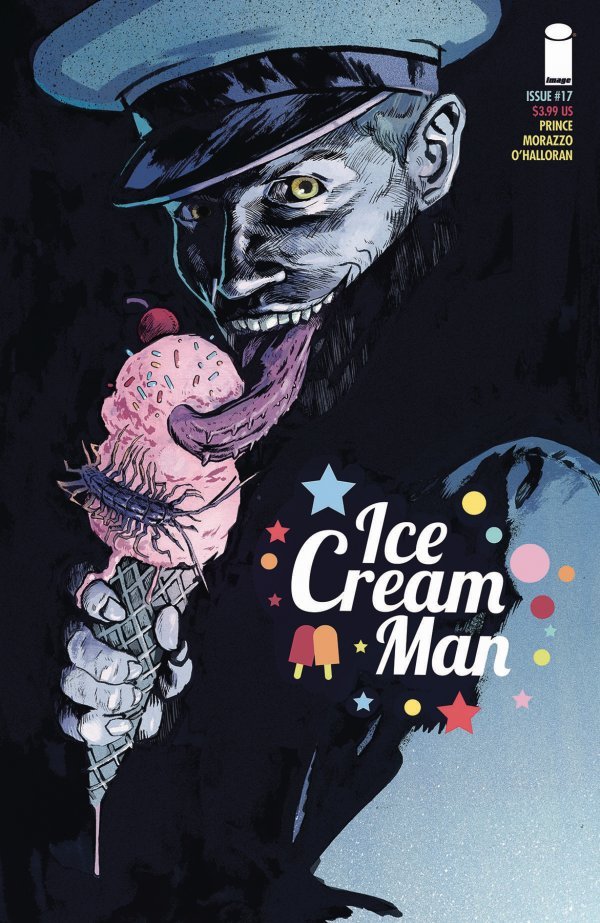 NEW STORY ARC “CAPE FEAR.” Presented here: a handsome being from far away rockets to Earth and combats evil on our behalf. Tall fella, wears a cape. Lives in a fortress; flirts with a reporter.

A suppurating, super-something story that’s certain to see you lose your supper.

This homage cover of Action Comics #1 is always a popular issue in any series!

December can be a slower month with releases.  While last month may have been slower, but there were some big series and runs that wrapped up. January gives us our ongoing series, but the new content is plentiful. What new story arcs will grab our attention and what is being speculated on as the next big thing? Going to be interesting to see what readers pick up, and what trends in the market impact buying habits. Excited to see how things will play out!

View previous roundups, news, and reviews at the comics landing page, or jump into the Mulehorn Gaming Discord – #comics_collectibles anytime to talk comics!