J.J. Abrams and son Henry team up to create an original Spider-Man adventure! Cobra will not stop, and it’s time for some new recruits to join G.I. Joe! Invasions and strange happenings in Dangerfield, AZ but it appears that only five misfit kids and Peacemaker have noticed! Welcome to this week’s Comic Roundup! 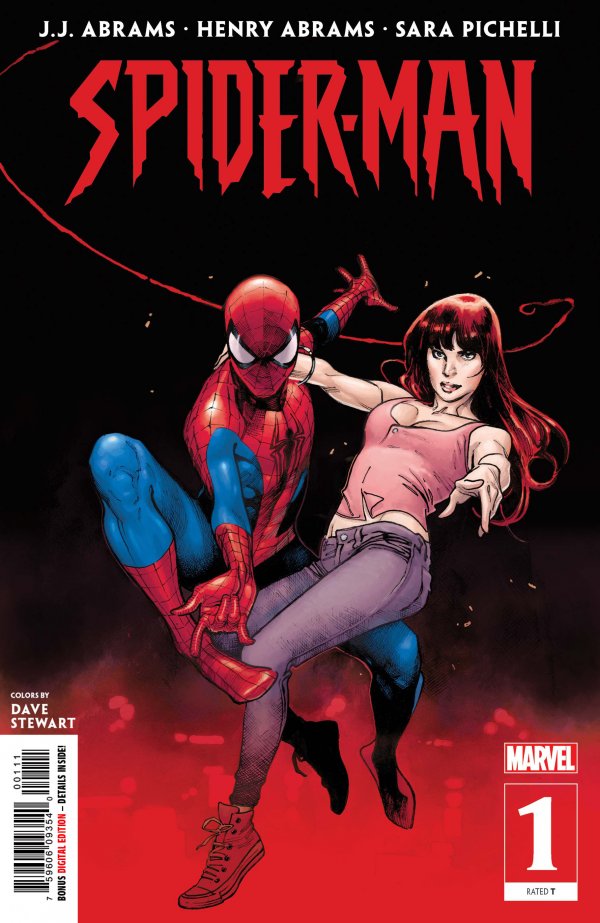 WHO IS CADAVEROUS?! The most shocking and incredible comic of 2019 is here as J.J. ABRAMS (STAR WARS, STAR TREK, SUPER 8) and his son HENRY ABRAMS are joined by superstar artist SARA PICHELLI (MILES MORALES, GUARDIANS OF THE GALAXY) team up for SPIDER-MAN! What do they have planned for Peter Parker and Mary Jane Watson?! Who is Cadaverous?! The Modern Master of Mystery Makes His Marvel this September! Nerds everywhere are excited to see what the Abrams bring to comic books and with the recent rumors tying J.J. to the DCU, things could get interesting. 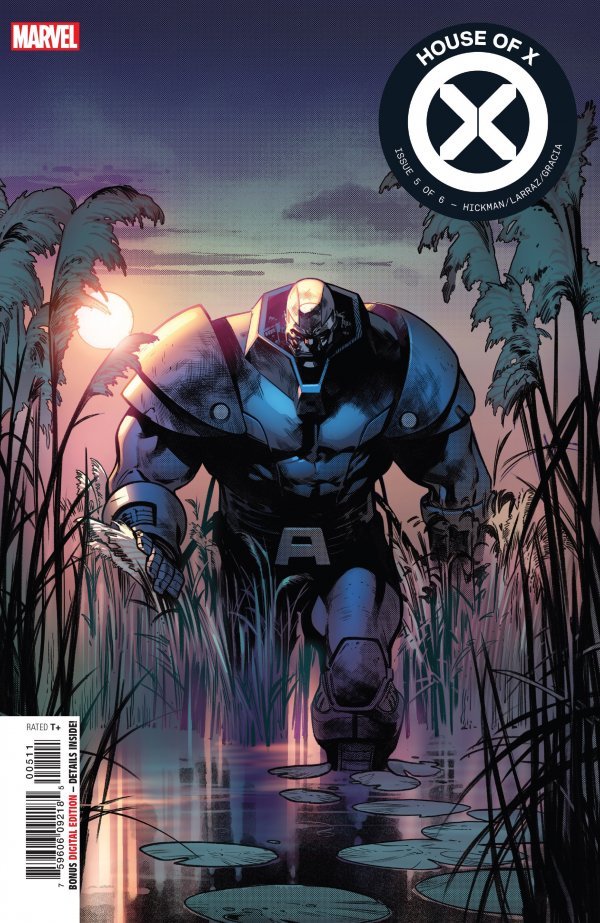 Xavier’s dream turns deadly for some of his students as they fight back against the humans’ plan to eliminate them. Superstar writer Jonathan Hickman (FANTASTIC FOUR, AVENGERS, SECRET WARS) continues his reshaping of the X-Universe alongside Young Gun artist Pepe Larraz (EXTERMINATION, AVENGERS). The Future of the X-Men begins here! Be warned – this is one of the issues that Jonathan Hickman highlighted in the reading order! 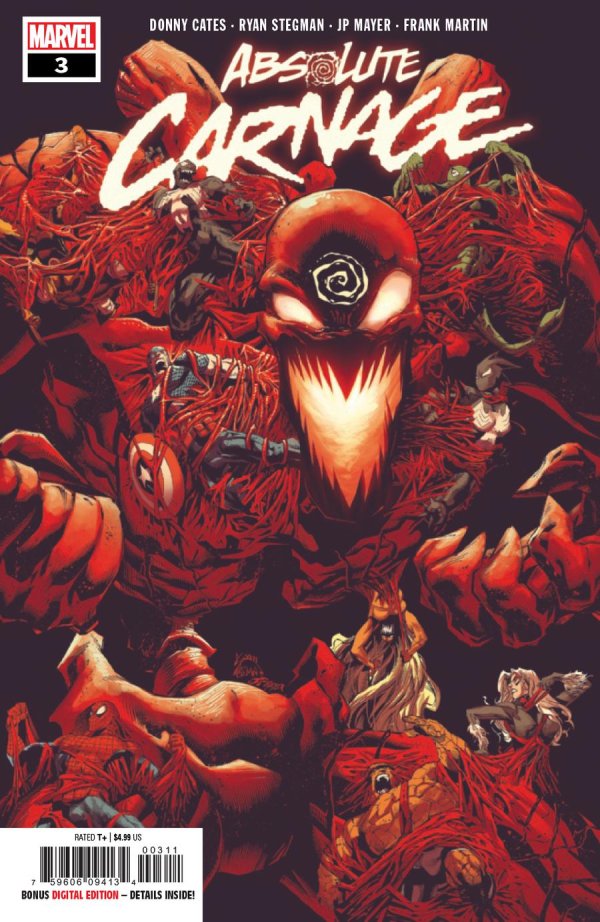 THE SUMMER OF SLAUGHTER CONTINUES! After the harrowing events at the end of ABSOLUTE CARNAGE #2, Venom and Spider-Man have to deal with the hard truth that not everybody will make it out of this conflict in one piece…if they make it out at all, that is. As Carnage continues to amass strength and allies, Venom and Spider-Man realize that the only way to beat him is to do the same… X-Men #1 homage variant is going to be hot! Also releasing this week is the tie-in ABSOLUTE CARNAGE: LETHAL PROTECTORS #2. 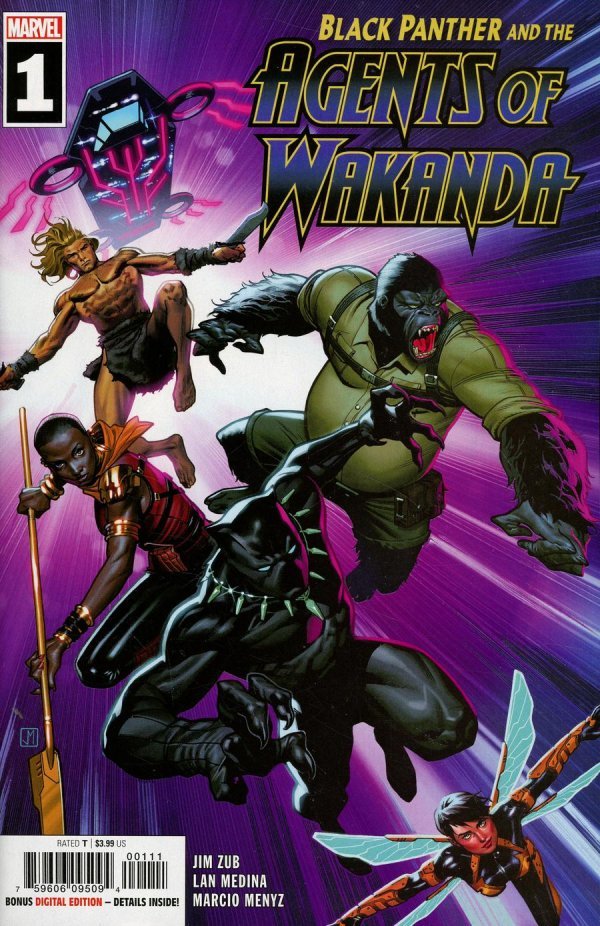 BLACK PANTHER AND THE AGENTS OF WAKANDA #1

WAKANDA WORLDWIDE! ALL-NEW ONGOING SERIES! From the pages of Jason Aaron’s AVENGERS! Vampires. Aliens. Angry fish kings. Black Panther’s hand-picked Agents of Wakanda can handle it all. And who better to lead them than the king of the world’s most technologically evolved country? Wakanda is making waves on the world’s map – and not everyone’s a fan. With General Okoye’s help, T’Challa will take Gorilla-Man, Ka-Zar, and Wasp on a global fight for survival – to handle threats S.H.I.E.L.D. could only dream of! 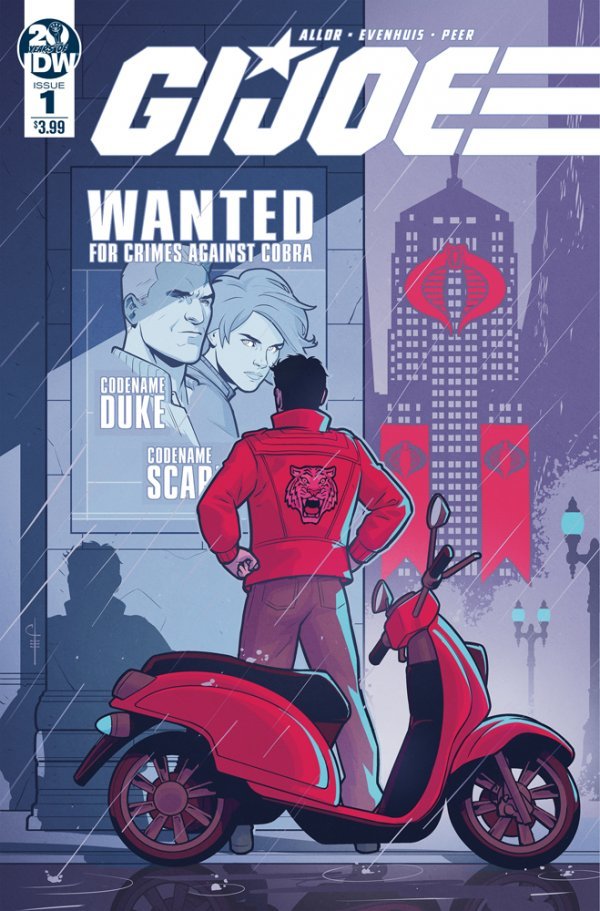 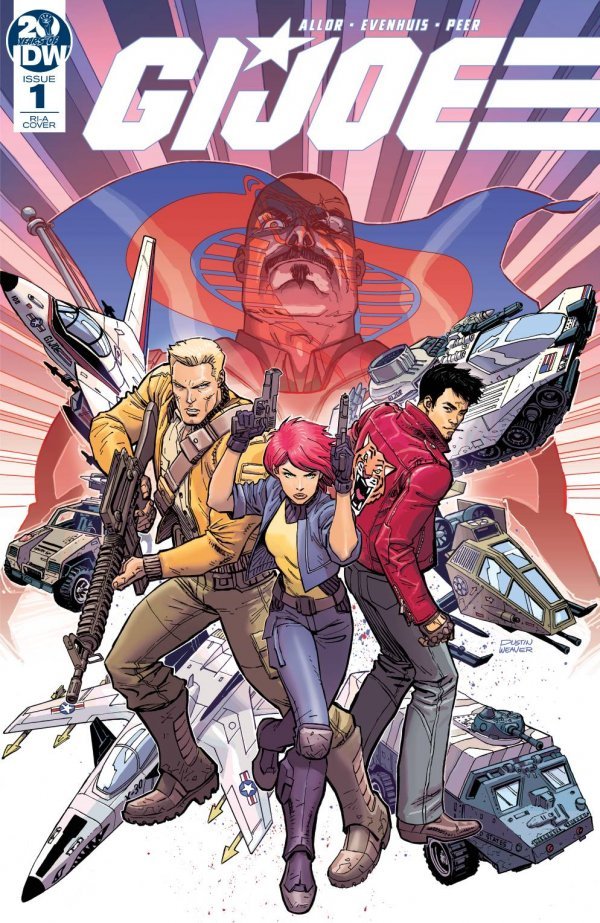 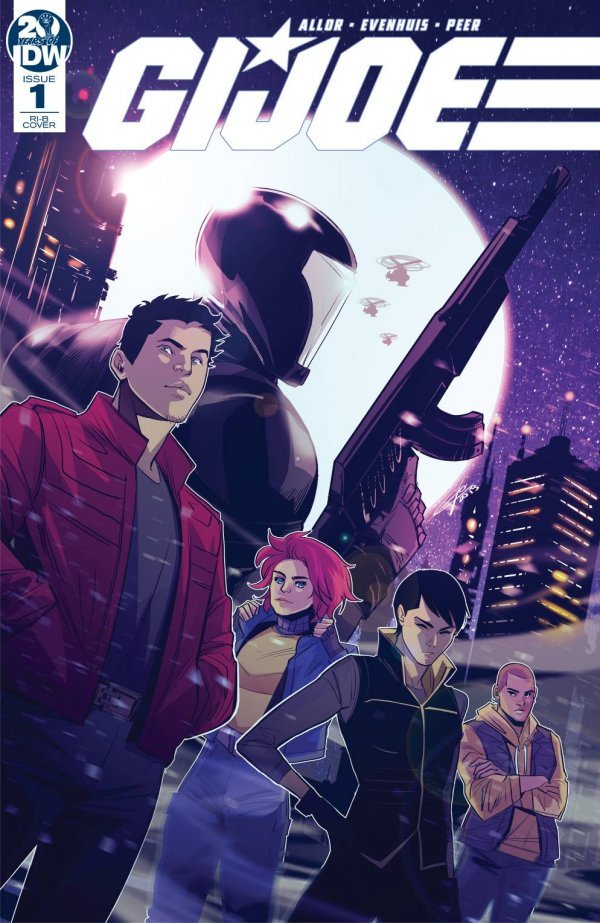 Tyranny is on the rise as Cobra topples governments and spreads its ruthless power across the globe. In these trying times, desperate measures are taken. The new G.I. Joe program recruits civilian spies and saboteurs: ordinary people, living in occupied territories, who will put their lives on the line to strike back through clandestine but high-impact missions. Join these new recruits as they resist Cobra control, fight to make a better world for all, and find out just what they are capable of. Featuring your favorite Joes, alongside brand new characters! A new vision of G.I. Joe for a new generation! G.I. Joe like you’ve never seen before! 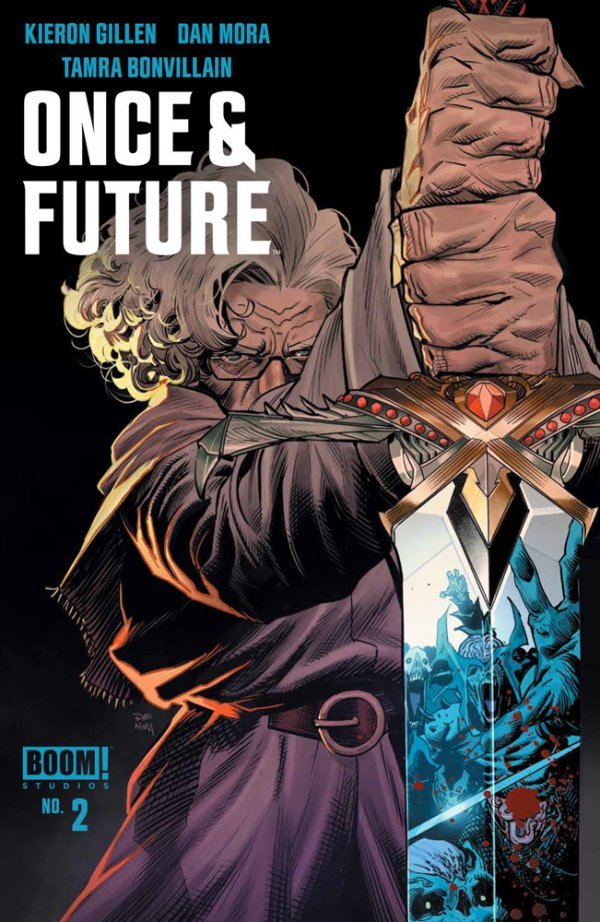 The McGuire family has held back supernatural threats for generations, but this time they messed up. As an ancient evil arises from the grave, Bridgette and Duncan find themselves up against forces bigger than they could have expected, and faces new and old are about to complicate things further. 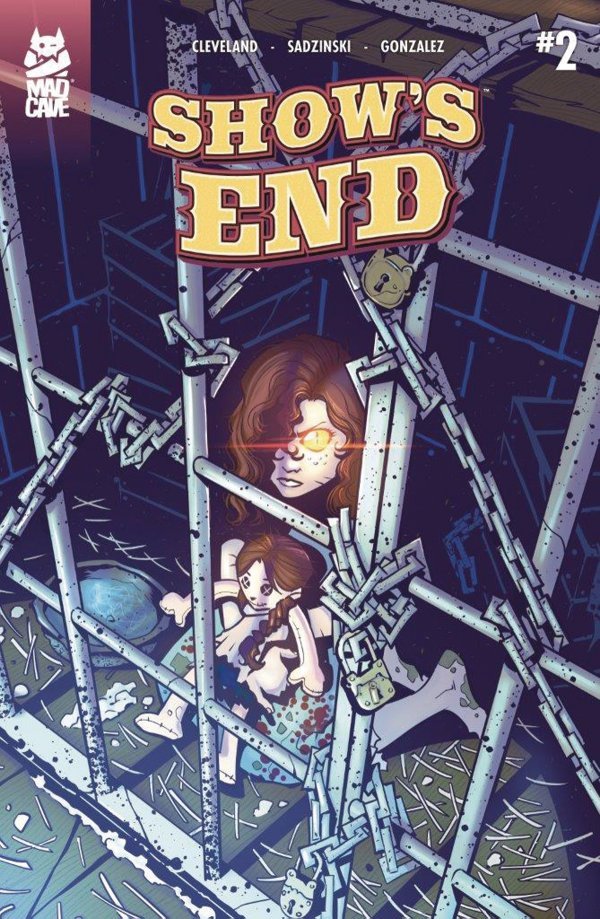 After the massacre outside of Ft. Worth, the freak show makes its way to the cemetery where all freaks are buried; Show’s End. Upon their arrival, the group bonds over Flipsy’s death and accepts Loralye into their family. Meanwhile, the sinister Captain Corley prepares to revive his old show. 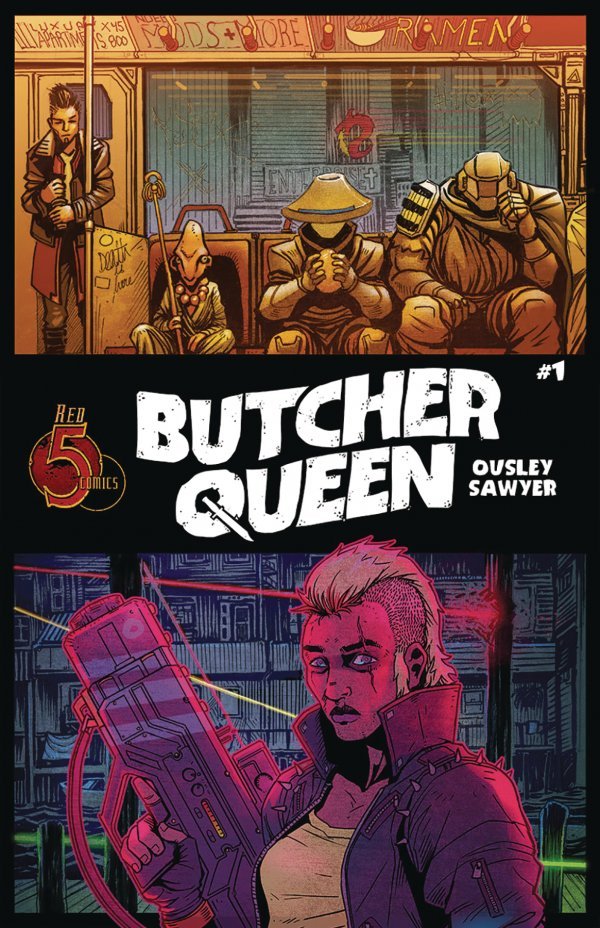 In Black Star City, alien offworlders are being systematically attacked and removed from society by a clandestine paramilitary group called the Overseers. When fugitive cop-turned-mercenary Syd Kiowa is contacted by a victim who escaped their grip, she is thrust into a horrifying war of secrets that will determine the future of alien relations on Earth forever! 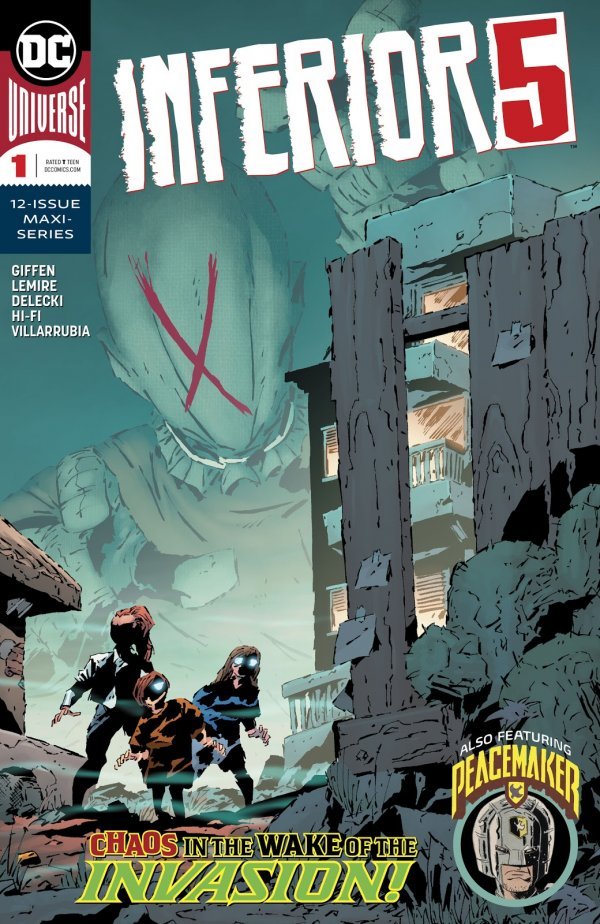 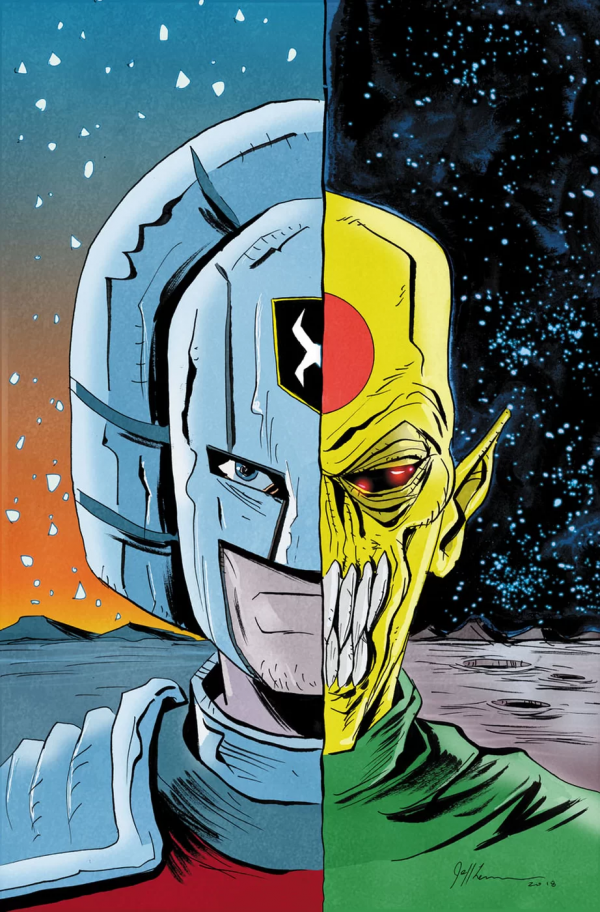 The citizens of Dangerfield, Arizona, are beset by strange goings-on after the “Invasion” that rocked the DC Universe, but only five misfit kids seem to notice them. Can they uncover what’s happening before some sinister force collects them all? Find out in this new miniseries! And in the backup feature with story and art by Jeff Lemire, the Peacemaker is on a top-secret mission from Checkmate and Amanda Waller to find a mysterious weapon before the Russians can. 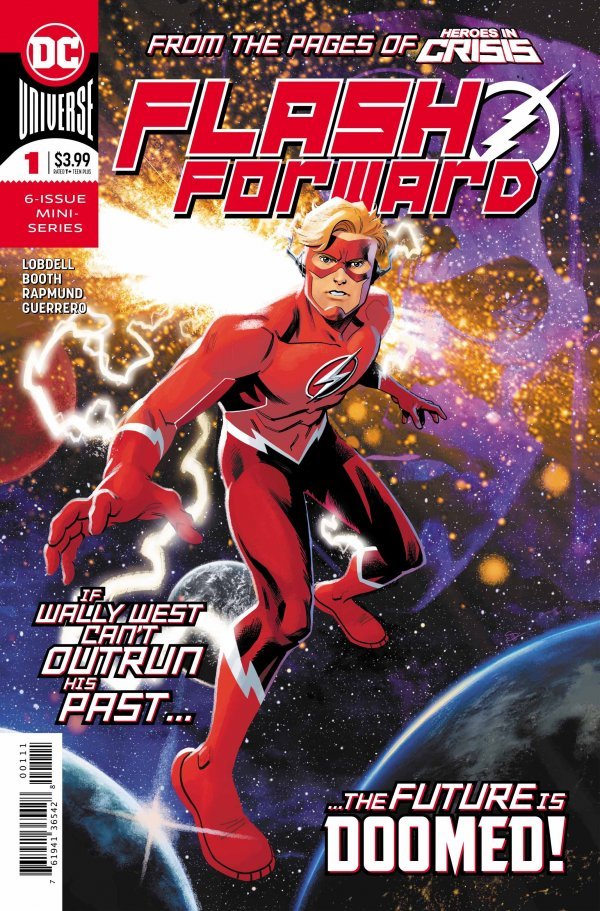 His name is Wally West—and he was the Fastest Man Alive. That is until the Multiverse was rewritten without him or his family in it. Wally returned and tried to make it work, but the damage was done. Spinning out of the events of HEROES IN CRISIS, follow the man who called himself Flash on an adventure to find redemption in a cosmos that has fought so hard to destroy him. 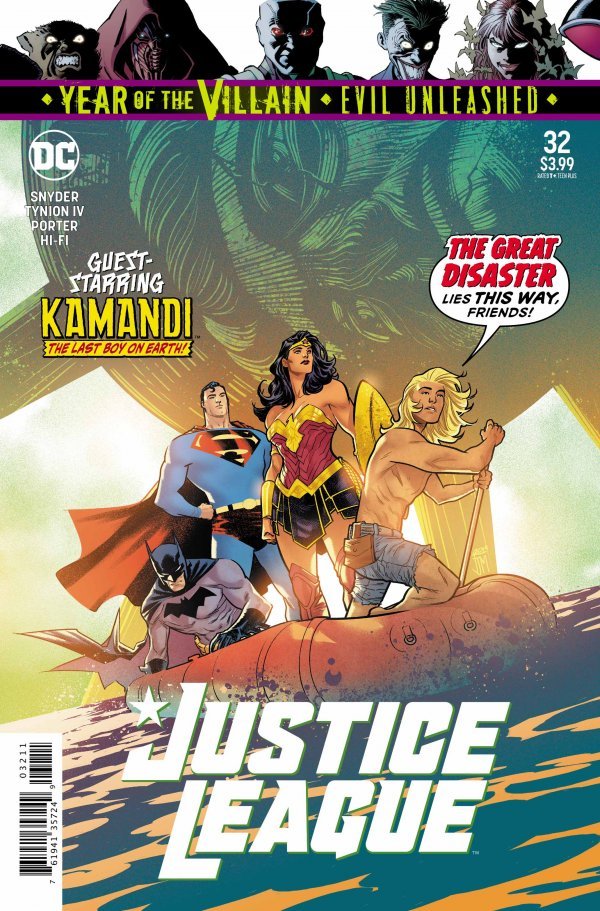 “The Justice Doom War” part three! Things are getting dangerous across the time stream. On one side of time, the Justice League team finds heroic purpose; on the other, it’s a future full of chaos and trial. It’s the Totality in action. If they can’t stop Lex’s Legion across all fronts, there may be only one other option: embrace Doom! 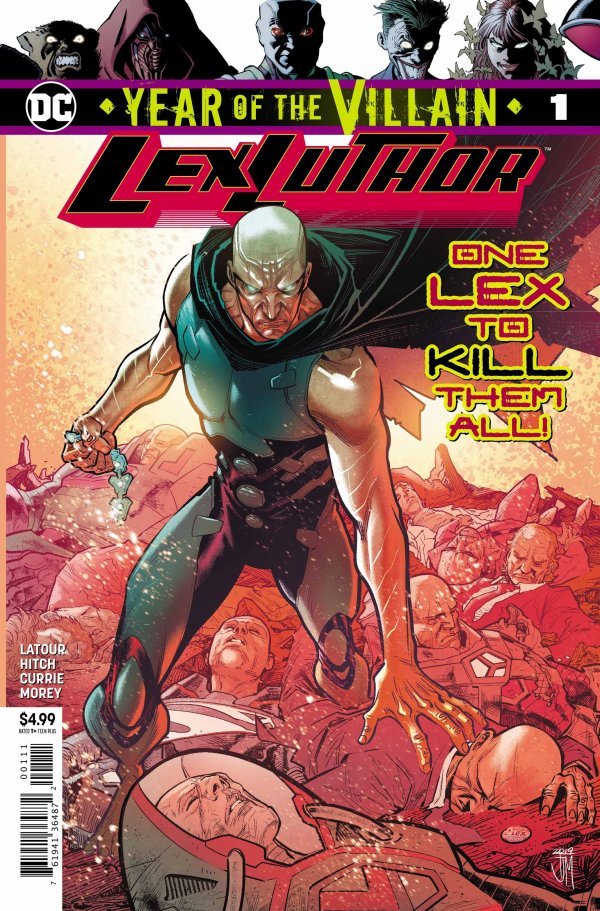 LEX LUTHOR: YEAR OF THE VILLAIN #1

Apex Lex has made his offer to the villains of the DC Universe…but has the super-powered evil genius gotten what he truly desires? The most deadly predator in the Multiverse has set out to answer that question by seeking out his counterparts on other Earths. But will this meeting of the Luthors be the greatest team-up in all of creation…or end in a bloodbath?

J.J. Abrams directs some of the biggest Hollywood blockbusters around and is no stranger to highly hyped and anticipated releases. Great to see DC bring in some new books that are original separate stories from their larger arcs currently running. Boom! Studios are on fire right now as they keep producing some big indie titles, overall some great books on the indie scene.