Bruce Wayne and Selina Kyle are reunited, rekindled, and ready for revenge for DC Comics! Thor: God of Thunder kicked off 7 years ago for Marvel Comics, the final arc to this epic story starts this week! The subterranean nightmare in Mexico continues for Image Comics, can the team of scientists maintain their sanity and survive? 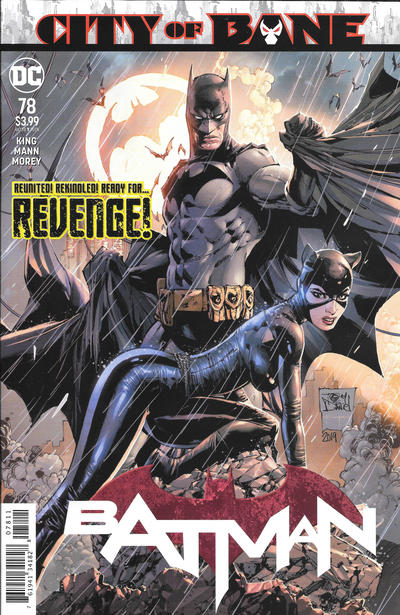 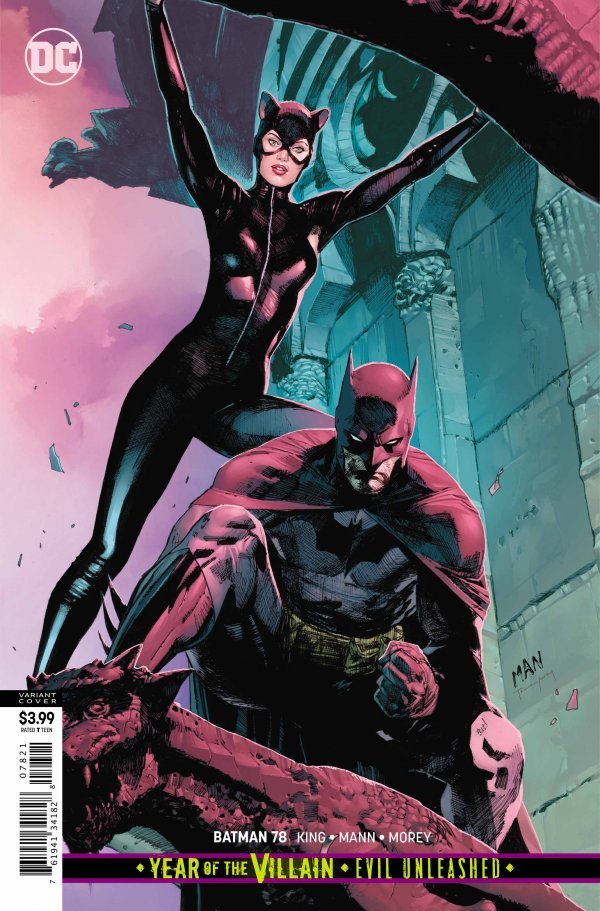 In the first part of a “City of Bane” interlude, Batman receives help from an ally he thought he had lost for good: Catwoman! Still recovering from the beatings he took from Bane and Flashpoint Batman, the Dark Knight readies himself for a return to Gotham City, and it’s Selina Kyle who holds the key. She knows how Bane is fueling his regime, and she’ll help Batman shut down the supply line—but first, she has to whip the battered hero into shape. Tom King created quite a stir last issue and the two-part interlude for “City of Bane” will setup his upcoming Batman/Catwoman series. Clay Mann blesses us with a gorgeous variant cover too. Batman #79 also drops next week! 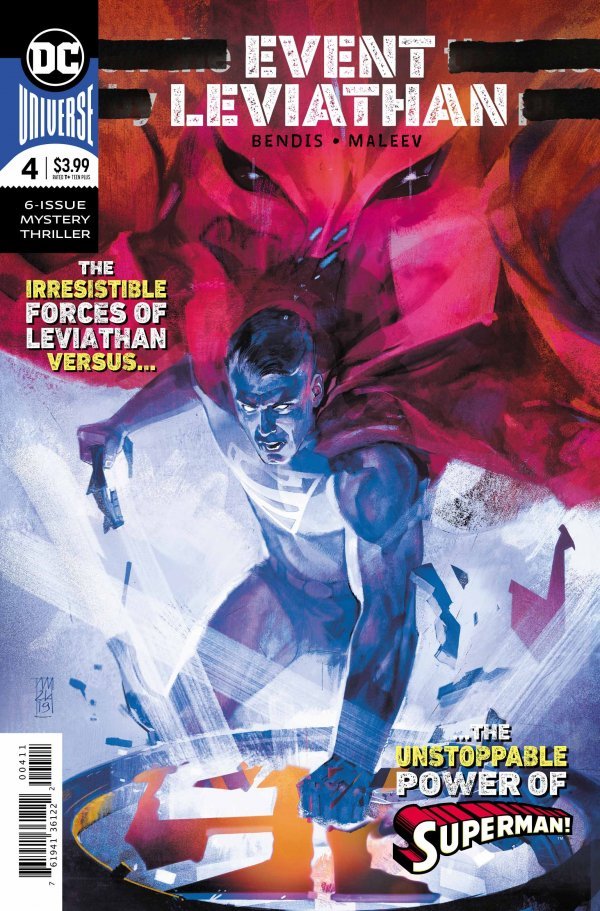 Batman versus Superman! Witness the interrogation of the decade as Bruce Wayne tears into Superman to find the missing piece of the Leviathan puzzle they both need. It’s a battle of wits and wills as the greatest detectives in the universe get together to figure out the why and how of Leviathan before it’s too late. And when that doesn’t work…in comes Lois Lane! From the creative team of Brian Michael Bendis and Alex Maleev, it’s another fully painted noir thriller that will tear a bloody trail through the DC Universe. Only two issues left!

Leviathan has dismantled S.H.A.D.E.—and that means Frankenstein is once again a free agent! Now he can set his sights on his former mentor, Melmoth, the one evil that got away. With bad things happening all across the Multiverse, this may be Frankenstein’s last shot at setting things right. Of course, Melmoth has his own agenda, and it’s going to take more than a lone monster to take him down. So Frankenstein heads to Gotham City in search of allies and recruits Killer Croc, Lady Clayface, Orca, and vampire Andrew Bennett. But will even these dread creatures be enough to save humanity before the entire cosmos collapses in on itself?

THE RIDDLER: YEAR OF THE VILLAIN #1 –

Lex Luthor has presented dark gifts to super-villains across the DC Universe, setting off what can only be called the Year of the Villain. Unfortunately, resources are limited, so not everyone got something. The Riddler is one such person, and he is most displeased about it. Was this merely an oversight or a deliberate slight? The Riddler is determined to find out which—and so should you! 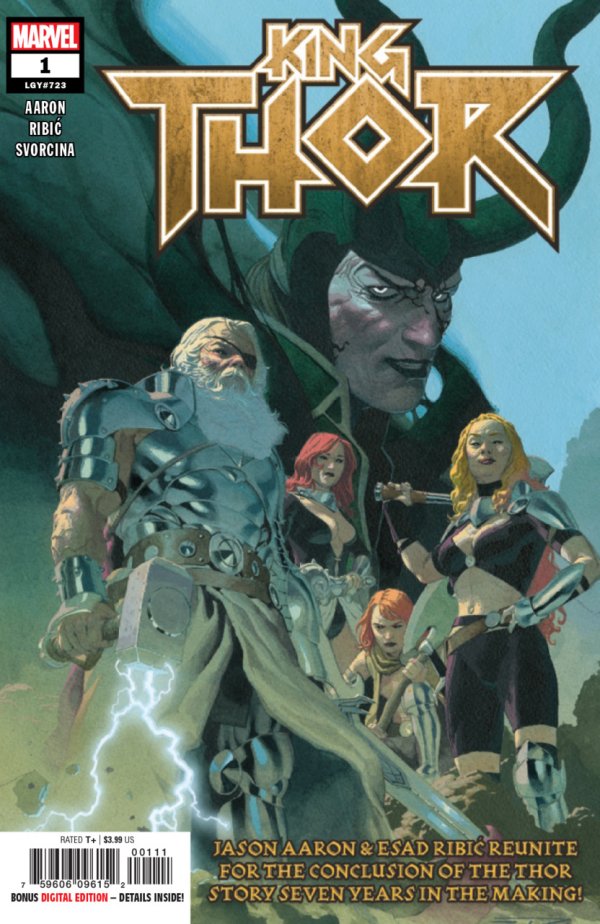 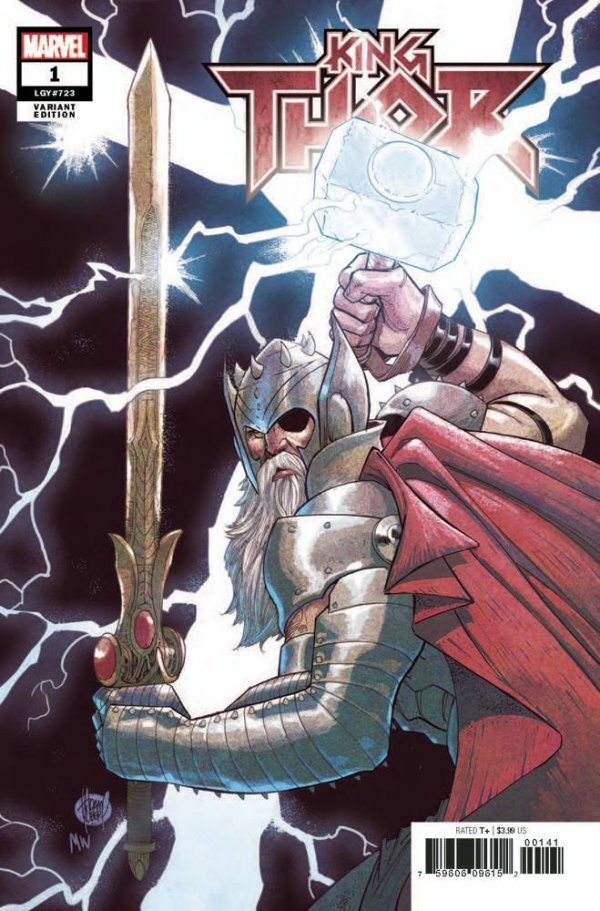 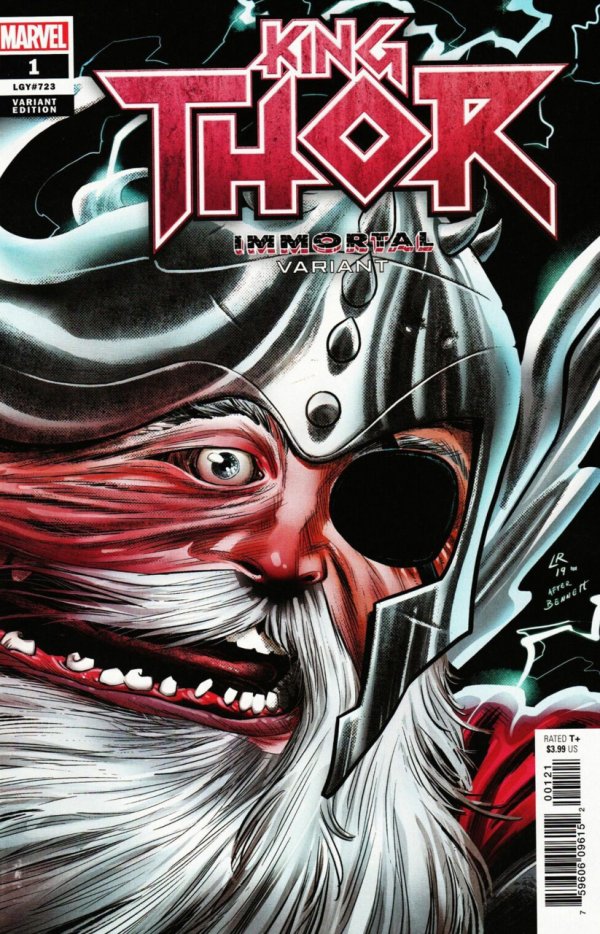 SUPERSTARS JASON AARON & ESAD RIBIC CONCLUDE THEIR EPIC THOR STORY! The creators of the legendary THOR: GOD OF THUNDER series that kicked off one of the most epic runs in Marvel history are back together for one last ride with the almighty Lord of Asgard! Seven years ago, Jason and Esad introduced the Thor of the far future, All-Father of a broken realm and a dying universe, as he stood in battle against the Butcher of Gods, wielder of All-Black the Necrosword. Now that nefarious blade has returned, in the hands of Thor’s all-time greatest enemy – his brother, Loki – for one final, cataclysmic showdown. Behold the book no comics fan should miss – the celebration of the end of a truly Marvelous era. Gerardo Zaffino 1:25 variant and Adam Kubert 1:50 variant are along with the wicked Luke Ross immortal wraparound variant! 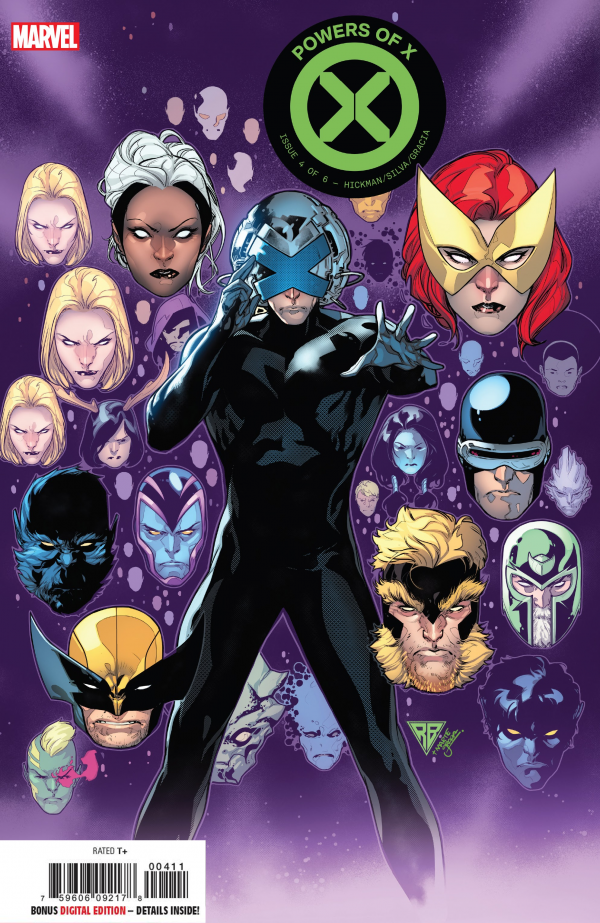 As Cerebro does as it was intended to do, Sinister does what Sinister does best and the future comes to an end. Superstar writer Jonathan Hickman (FF, NEW AVENGERS, INFINITY) continues his reshaping of X-History alongside breakout artist R.B. Silva (UNCANNY X-MEN). The Future of the X-Men begins here! I strongly recommend that you stay caught up on House and Powers because the books are incredible! Variant hunters, look at this super rare 1:10 hidden gem. 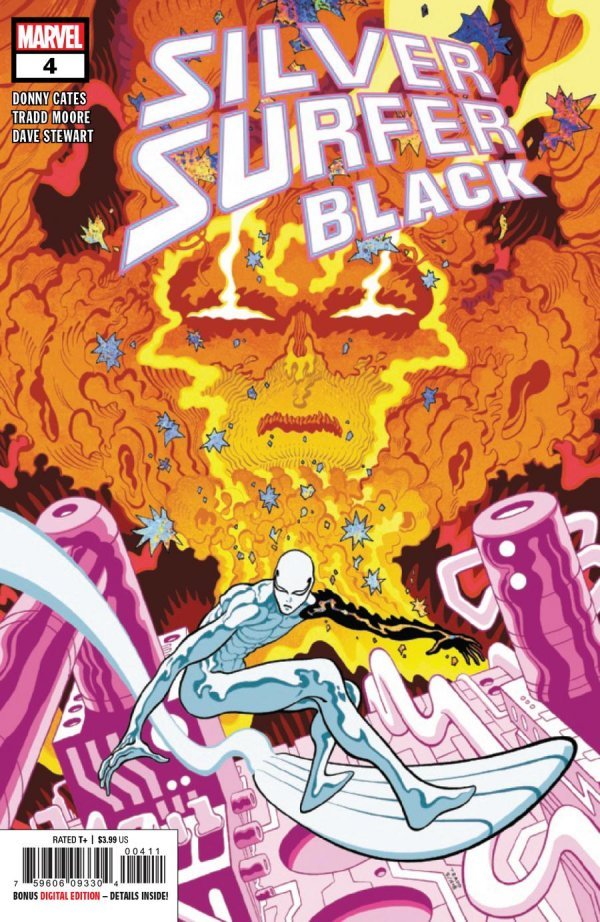 The darkness is spreading, and Knull is winning. But when the Surfer discovers something with the potential power to turn the tides, is he prepared to pay the terrible price for awakening it? With the cost of survival already taking its heavy toll on him, does he have any other choice? Penultimate issue #4 for the popular mini-series, the final chapter issue #5 coming October 16th, 2019. Pictured is the Ron Lim variant for all us 90’s fans! 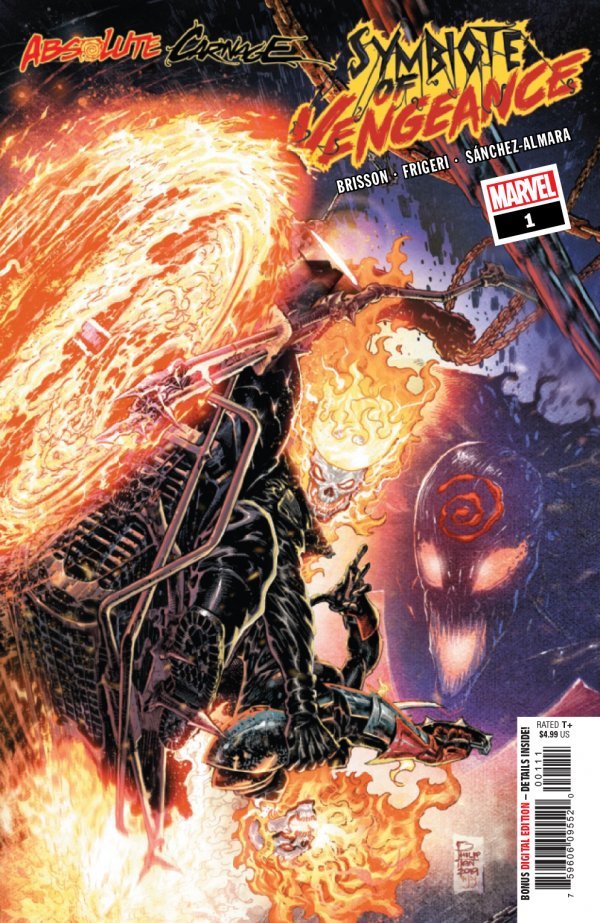 Carnage is hunting down previous symbiote hosts for codices that will unlock a direct link to the symbiote god Knull! And he’s not asking nicely…he’s taking them by force! Which means former Ghost Rider Alejandra Jones is next on his hit list! With Johnny Blaze preoccupied as Hell’s king, it’s up to Danny Ketch to ride again and keep Alejandra out of Carnage’s clutches!!! Don’t forget the other Absolute Carnage tie-ins for the week VENOM #18 and ABSOLUTE CARNAGE VS. DEADPOOL #2. 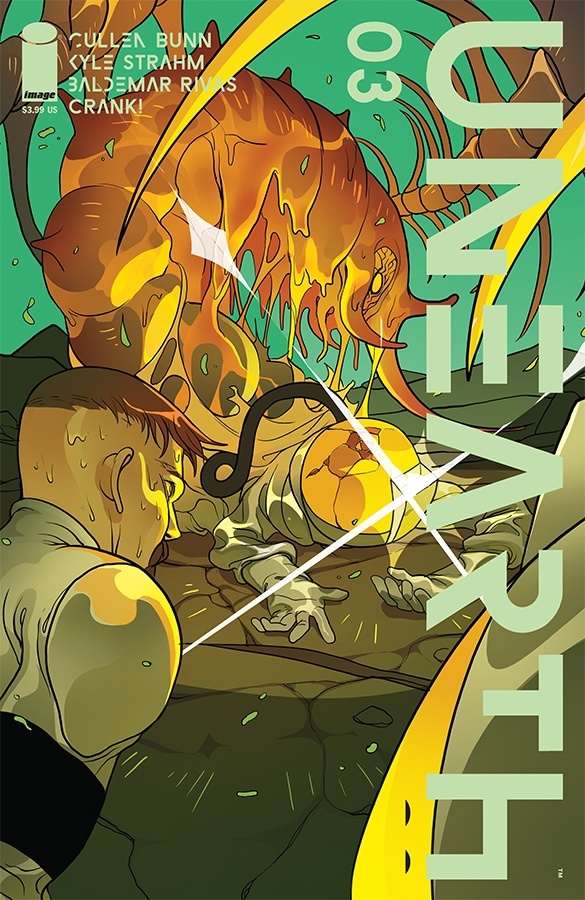 Venturing into a vast subterranean nightmare populated with the most hideous creatures imaginable, mankind’s last hope against a fiendish—and seemingly intelligent—disease is shattered! Beset by murderous, insanity-inducing beasts from all sides, the American scientific and military task force has become separated in a twisted underground realm. As their bodies begin to change in demoniac fashion, they must fight to keep their sanity… and avoid turning against one another. Writer Cullen Bunn‘s work is everywhere right now and you would be pressed to find anything that isn’t exceptional. Sci-Fi horror fans should have this title pulled. The Kyle Strahm and Greg Smallwood variant is featured. 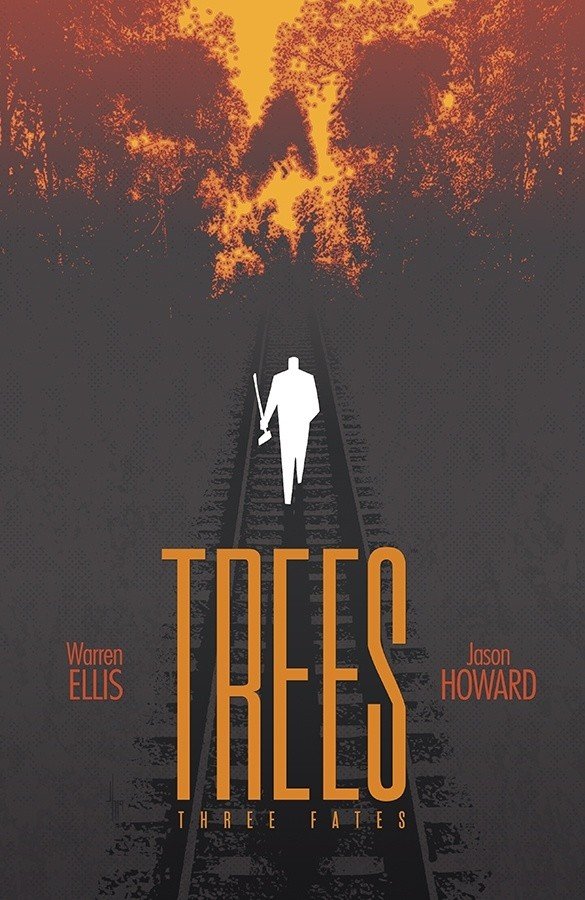 The acclaimed series from WARREN ELLIS and JASON HOWARD—which is currently being adapted for television—returns with a brand-new story of murder and ghosts! In the remote Russian village of Toska, there’s a dead body by the leg of the Tree that landed eleven years ago. Police sergeant Klara Voranova, still haunted by that day, has no idea how this murder will change everything—nor what awaits her in the Tree’s shadow. 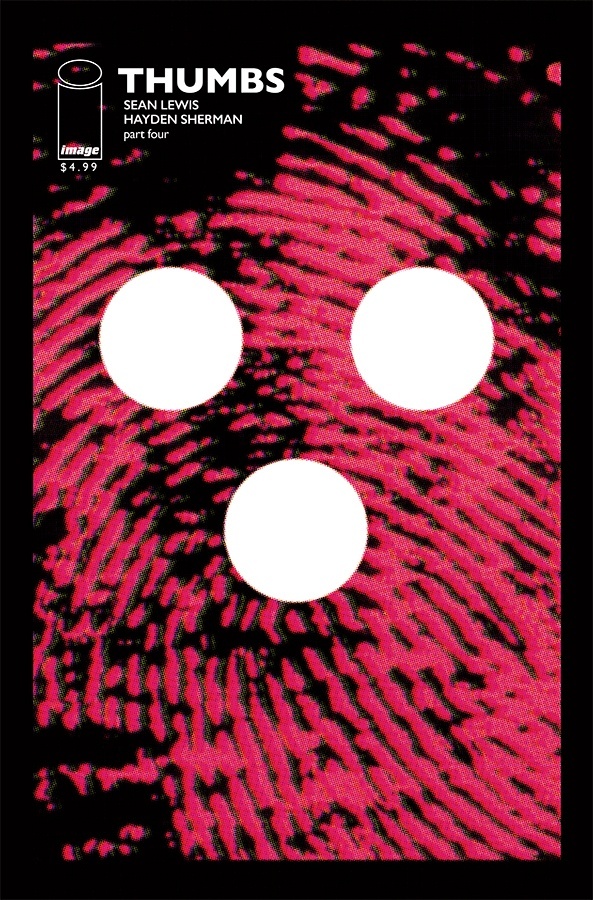 Thumbs tracks down his sister, with disastrous results. MOM™ brings her fight to the city, with the goal of sparking the outlawed technology and tearing down those in charge. 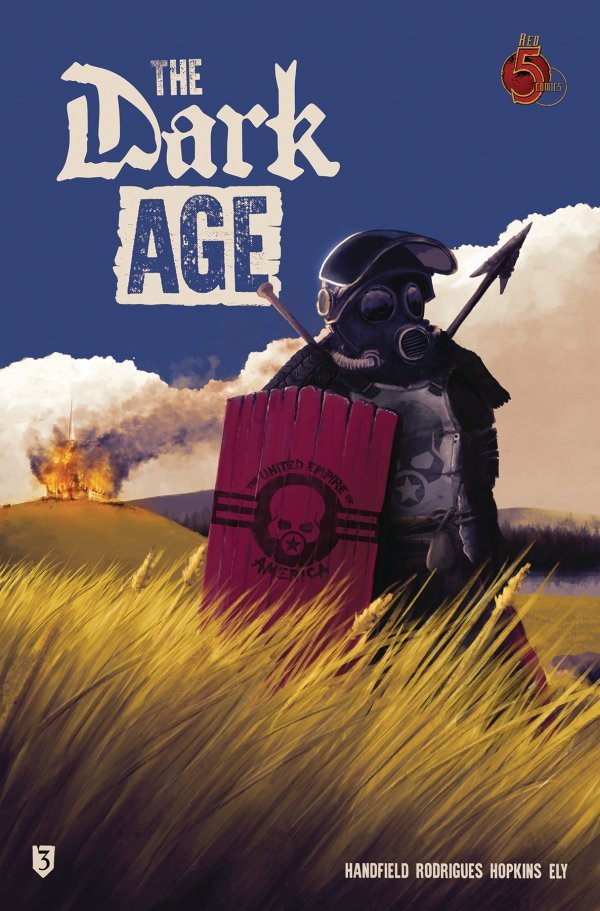 In the near future, all of the metal on earth suddenly turns to worthless piles of rust and dust. With no technology, no guns, no computers, humanity has reverted to a violent feudal system. The inhabitants of the monoliths have been discovered…and the Empire of America wants them.

Don’t forget that DC is releasing back to back issues for Batman as they close “City of Bane.” Reviews for the upcoming film Joker have re-catapulted DC and comic books into the mainstream with full force. The massive events from Marvel featuring the X-Men and Carnage continue to shatter expectations! The books have been that darn good! If you enjoy collecting as I do, we are seeing today’s book values driven by movie news and possibilities. Collectors buying up any and all first appearances or cameos!