BACK TO BACK SOLD OUT INDIE TITLES are going toe to toe with the majors! Two publishers, one part Hammer, and one part Justice are put in a blender – universes collide. Three major titles continue, while five number ones are introduced. 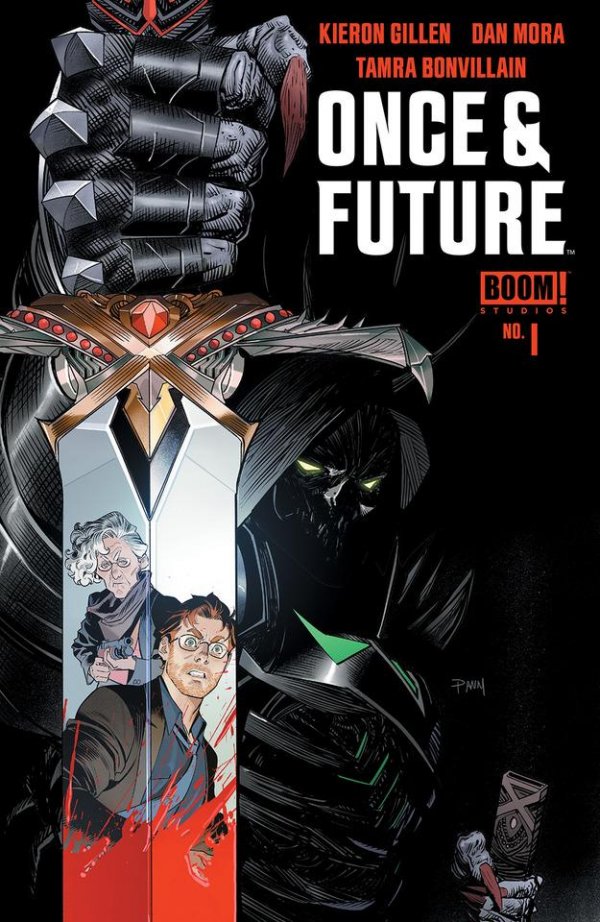 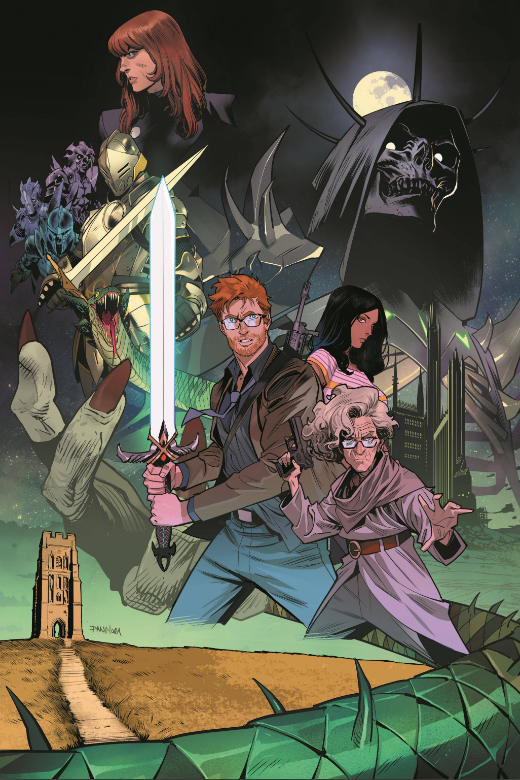 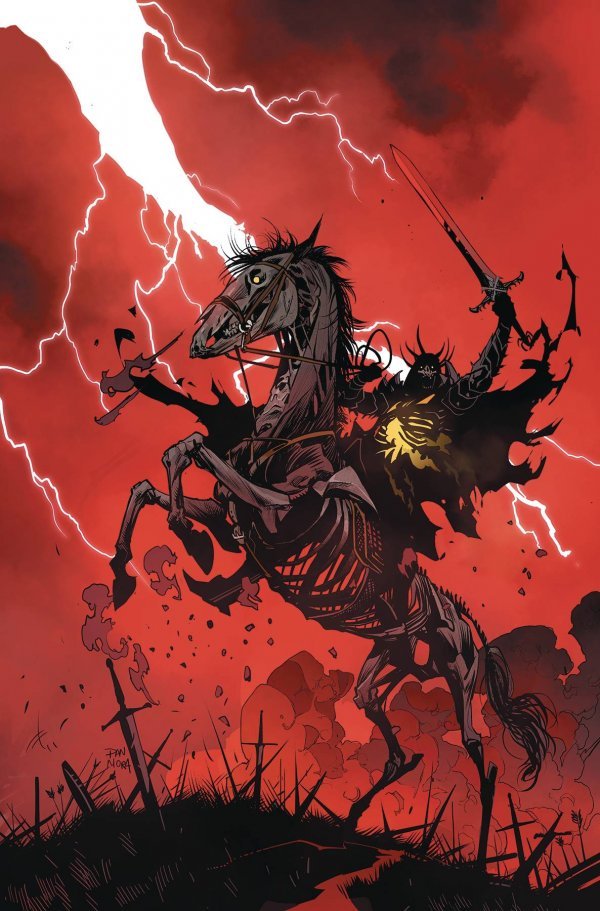 Major publishers have been unleashing some giant titles, but there’s no denying that indie pubs have been gaining incredible traction for new titles too. In consecutive weeks, we have another sold-out book that is going to be tough to find. BOOM! Studios announced that ONCE & FUTURE #1, the extra-sized issue kicking off an all-new series from New York Times bestselling writer Kieron Gillen (The Wicked + The Divine, Star Wars), Russ Manning Award-winning artist Dan Mora (Buffy The Vampire Slayer, Klaus), and acclaimed colorist Tamra Bonvillain (Doom Patrol), has sold out of its second printing. Due to the incredible demand, BOOM! Studios has fast-tracked a third printing. Both second and third printings will feature new variant covers which are pictured above. The adventure kicks off with Issue #1 for ex-monster hunter Bridgette Mcguire and her museum curator grandson Duncan, as they dive into a world of magic and mysticism to defeat a legendary threat. 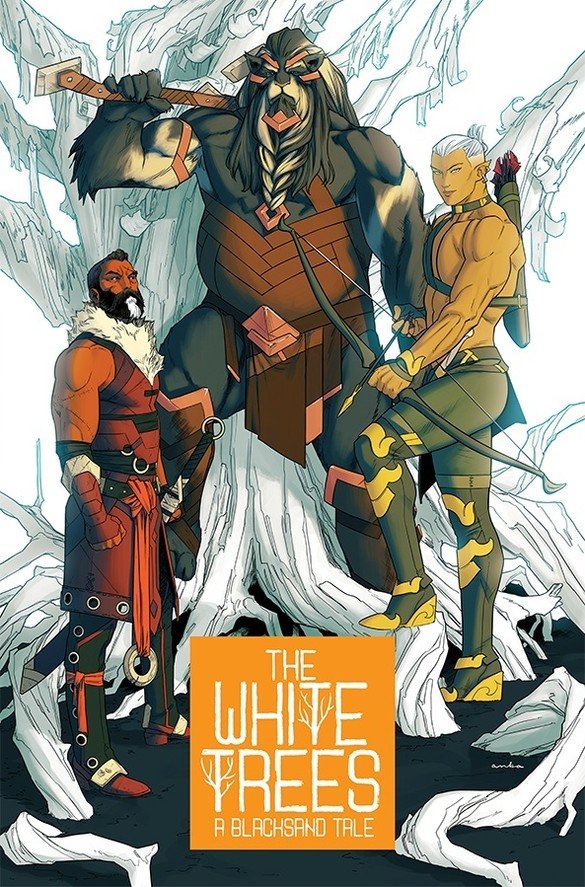 Acclaimed Daredevil writer CHIP ZDARSKY teams up with superstar Runaways artists KRIS ANKA and MATT WILSON for this spectacular OVERSIZED TWO-ISSUE MINISERIES! In the fantastical world of Blacksand, peace was hard-won, and three unbending warriors carry the scars to prove it. Now, almost twenty years later, their children are missing and war is on the horizon. Can they put aside their memories of the war—and each other—for one last adventure? 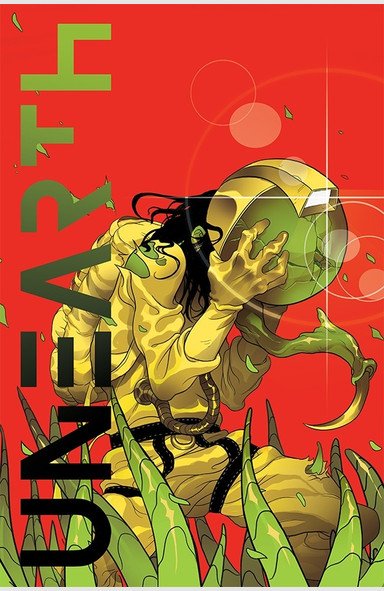 Escorted by military hard cases, a group of scientists descends into a strange cave system in hopes of unlocking the secrets of a flesh-warping infection. But the cave system is crawling with hideous creatures that not only twist flesh but minds as well! Is it possible this disease is working with a ghastly purpose? The nightmarish mystery deepens as this tale of terror from writers CULLEN BUNN (REGRESSION) and KYLE STRAHM (SPREAD) and rising star artist BALDEMAR RIVAS continues! Chilling variant cover to go along with the already tense standard cover. 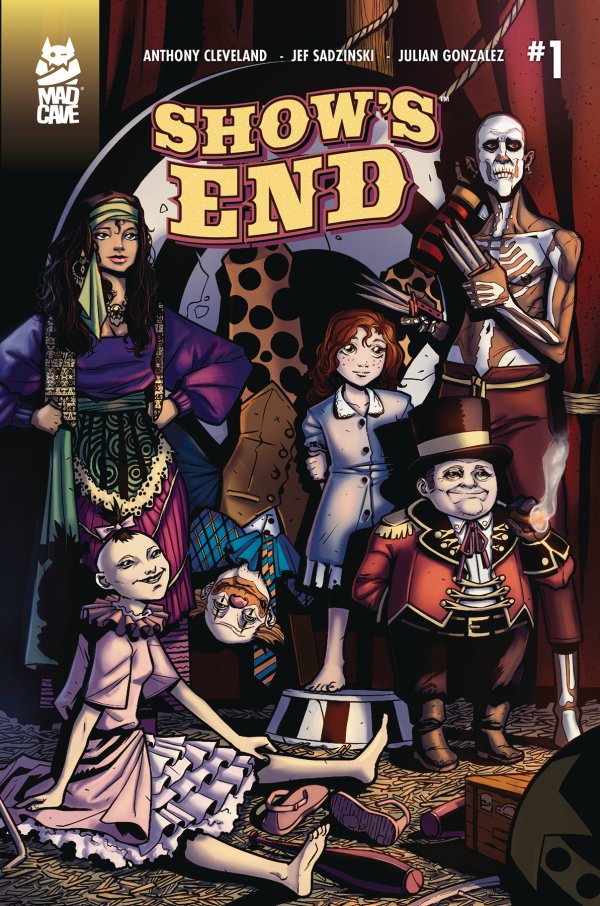 Equal parts brutal and beautiful, Show’s End takes place in Georgia during the 1920s and follows Loralye, a 12-year-old runaway seeking refuge with a traveling group of freak show performers. At first, she isn’t welcomed for being too “ordinary.” But what her newfound family doesn’t know, is that Loralye is hiding a secret more freakish than anyone could ever imagine! There are a few Mad Cave Studio titles that we have been able to preview and the imagery in their books is impressive. Readers can expect inspired books in terms of storytelling and artwork, and original content from Mad Cave! 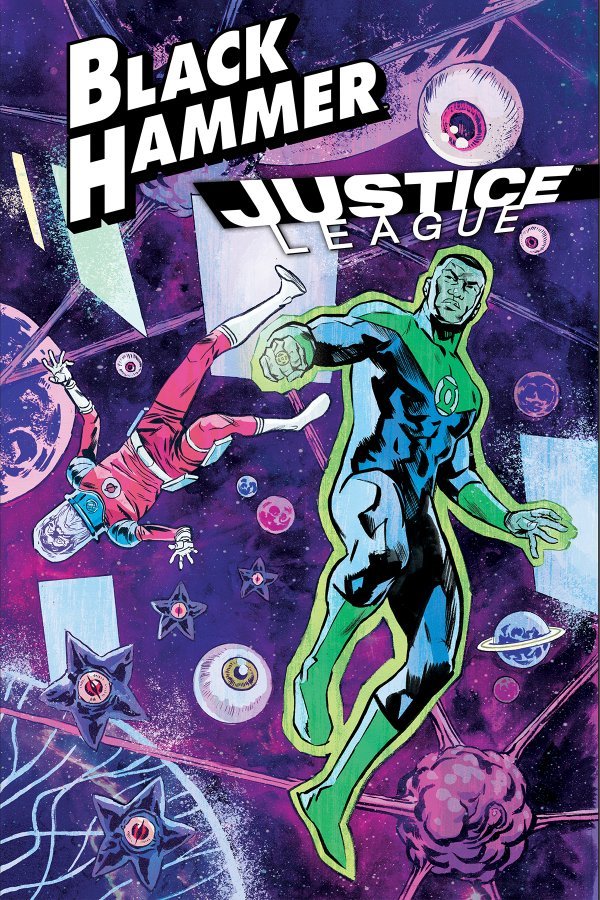 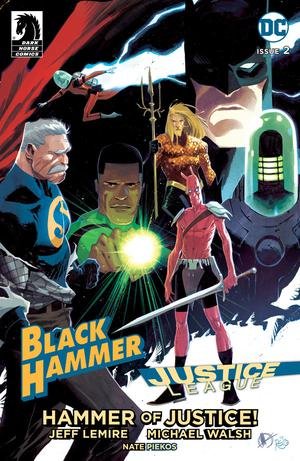 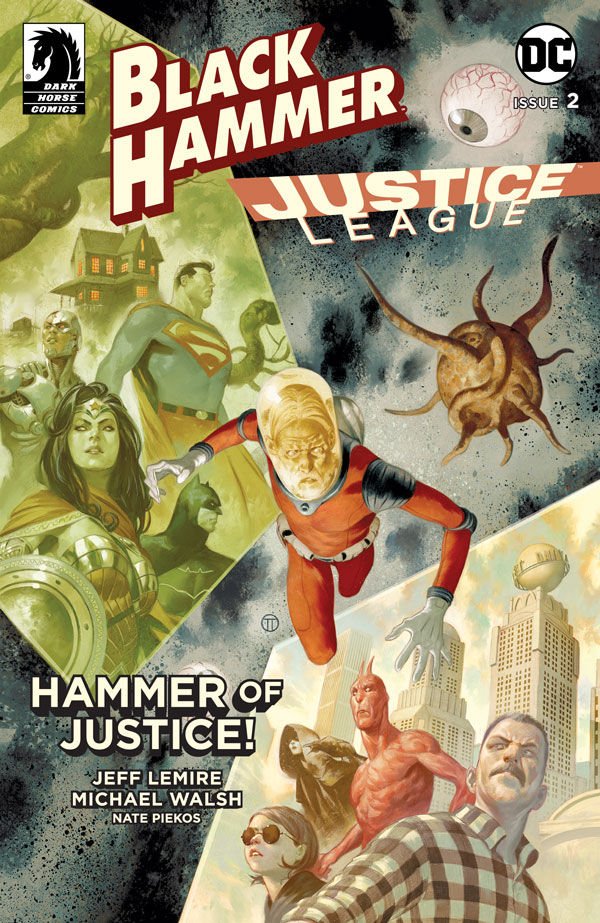 DC Comics and Dark Horse Comics present the ultimate superhero crossover event of 2019, in this five-issue miniseries. Written by Jeff Lemire and illustrated by Michael Walsh, simultaneously on the Black Hammer Farm and in Metropolis. Both worlds are warped as Starro attacks! Batman, Green Lantern, The Flash, Wonder Woman, Superman, and more crossover with Golden Gail, Colonel Weird, and the rest of the Black Hammer gang! In this series you see heroes swapping places within different universes. Thus creating a dynamic in which we see characters interacting with their pastiches – Golden Gail for Shazam/Captain Marvel, Barbalien for Martian Manhunter, or Colonel Weird for Adam Strange. There are four very unique variant covers for this issue. 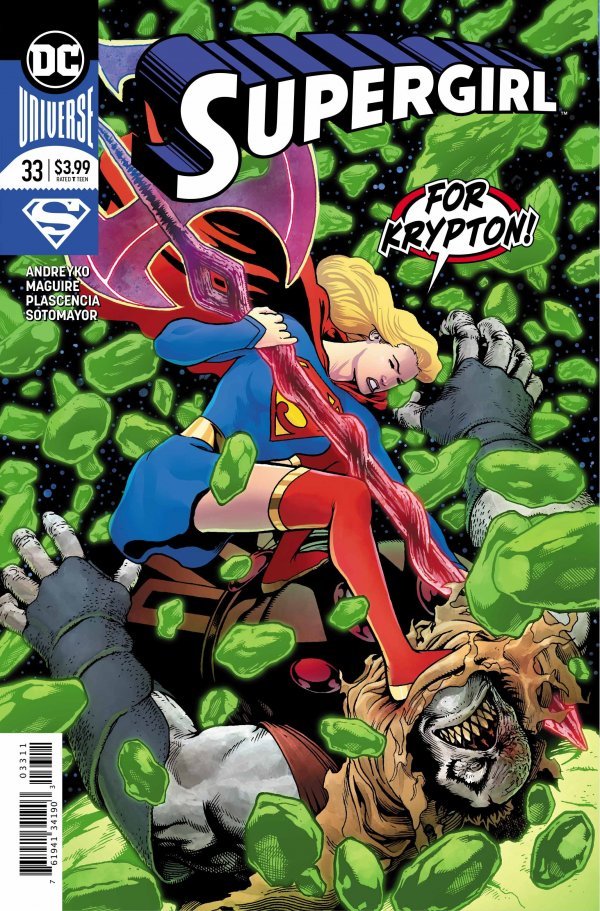 After a year in space solving the mystery of Krypton’s demise, Supergirl returns to Earth to discover that everything she knew as Kara Danvers is gone! Plus, the usurper Brainiac-1 has set his sights on the unsuspecting Girl of Steel—and his plans are far from benevolent! Stock card variant is literally puppies, doves, and rainbows! 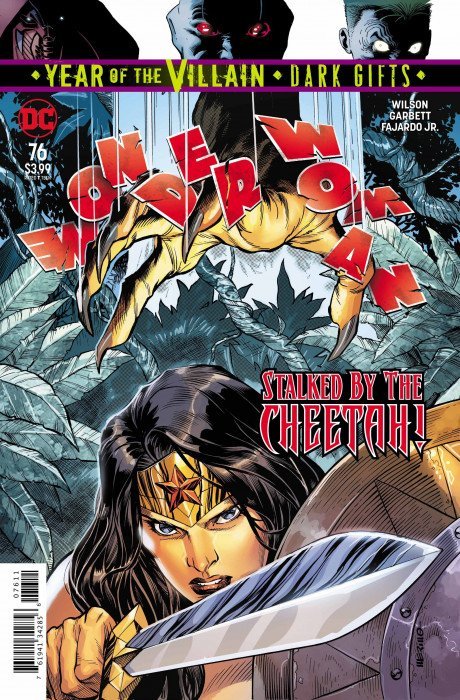 Cheetah returns to these pages with a vengeance! Lex Luthor has given his fellow Legionnaire of Doom everything she needs to slake her thirst with Diana’s blood…once and for all! Nice looking variant from Jenny Frison for this one. 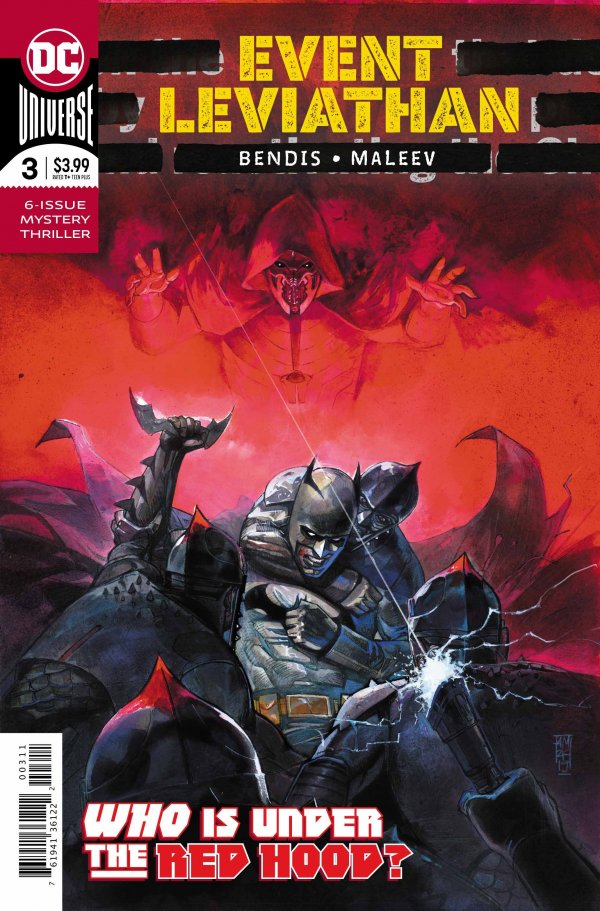 From the award-winning team of writer Brian Michael Bendis and artist Alex Maleev, it’s DC’s biggest whodunit in years! The world’s greatest detectives—Batman, Green Arrow, Lois Lane, Plastic Man, the Question and Martian Manhunter—have gathered to solve the mystery behind the true identity of Leviathan’s leaders and the destruction of the world’s top intelligence agencies! Red Hood is their leading suspect—and he is on the loose! Plus, the Silencer takes her shot! This mystery will unleash a new evil on the DC Universe! Just like previous weeks, Red Hood variant is available.

Marvel goes heavy this week with #1 issue’s in addition to their other hot books also dropping this week. Way to make it difficult for us at Mulehorn Gaming to spotlight just one book.  We see you Marvel – we shall highlight them all muah-ha-ha! Every single one of these first issues has variant options this week as well so get to your LCS early if you want to snag one.  Conan: Exodus variants are definitely the favorites, but Gwenpool brings the mayhem! 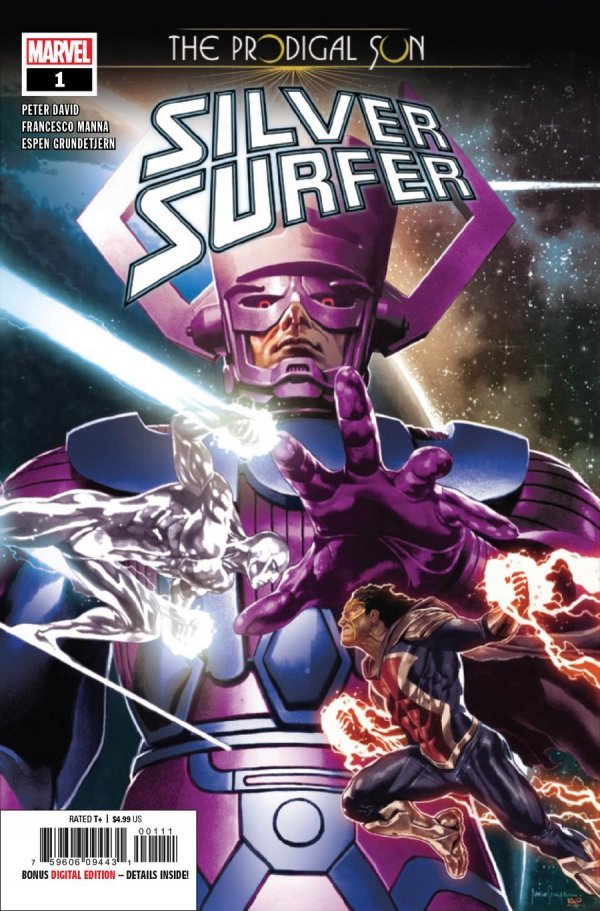 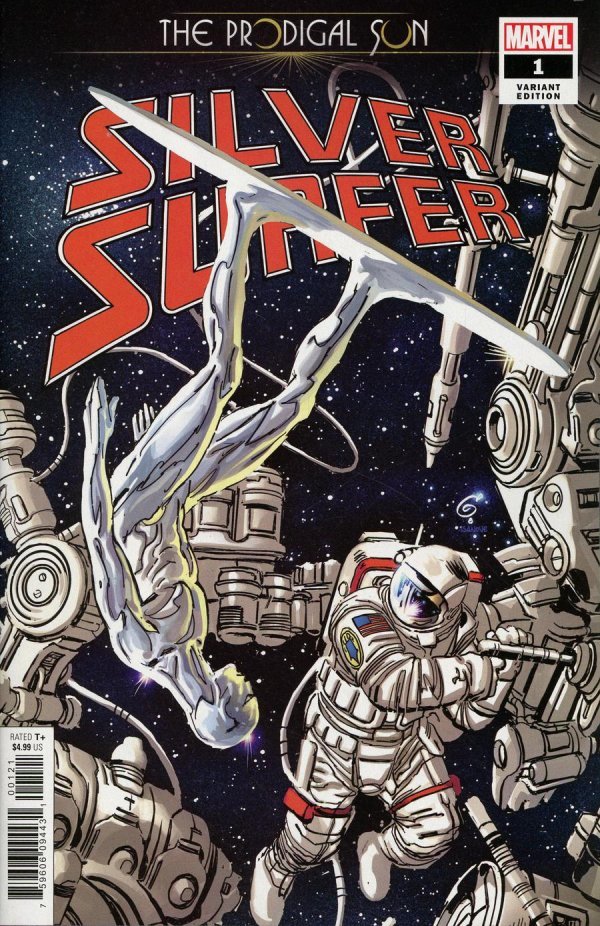 CHAPTER 2 OF 3! Continuing Prodigal’s journey home from FANTASTIC FOUR: THE PRODIGAL SUN #1, the one individual who can aid him in accomplishing it is the Silver Surfer. But Prodigal has a history with the Surfer. Witness that now as we see the Surfer, back when he was still the herald to Galactus, as Prodigal battles him to prevent Galactus from destroying an entire world because of his unending appetite. 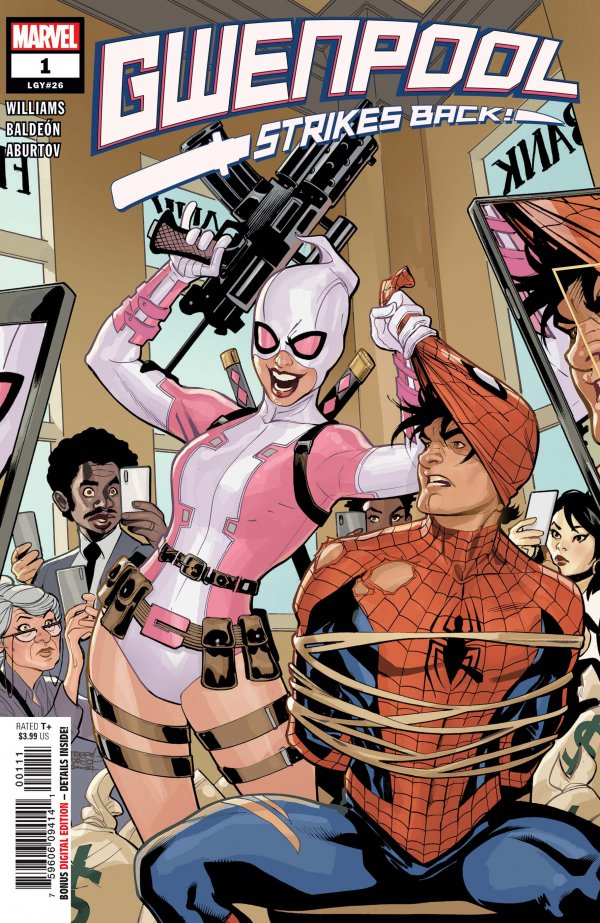 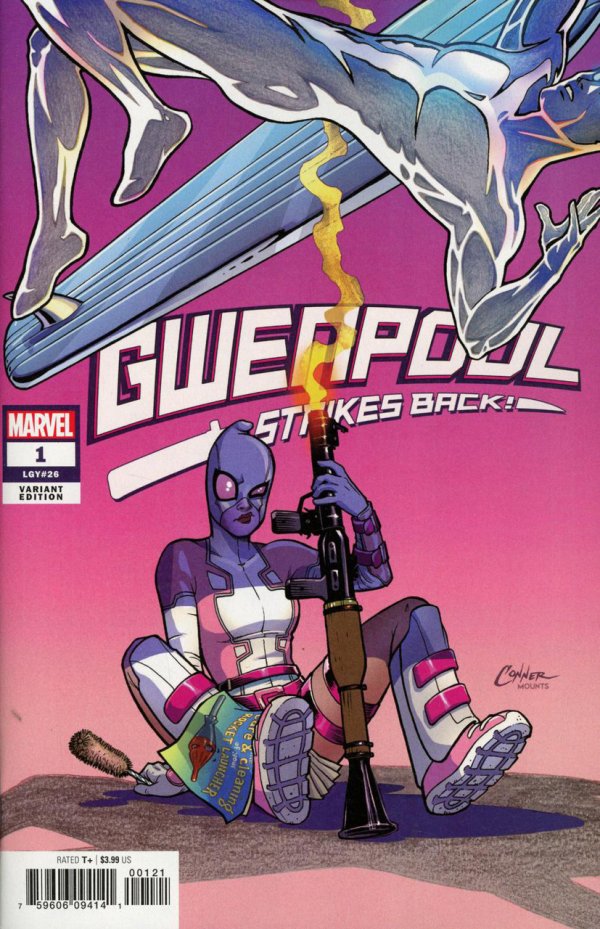 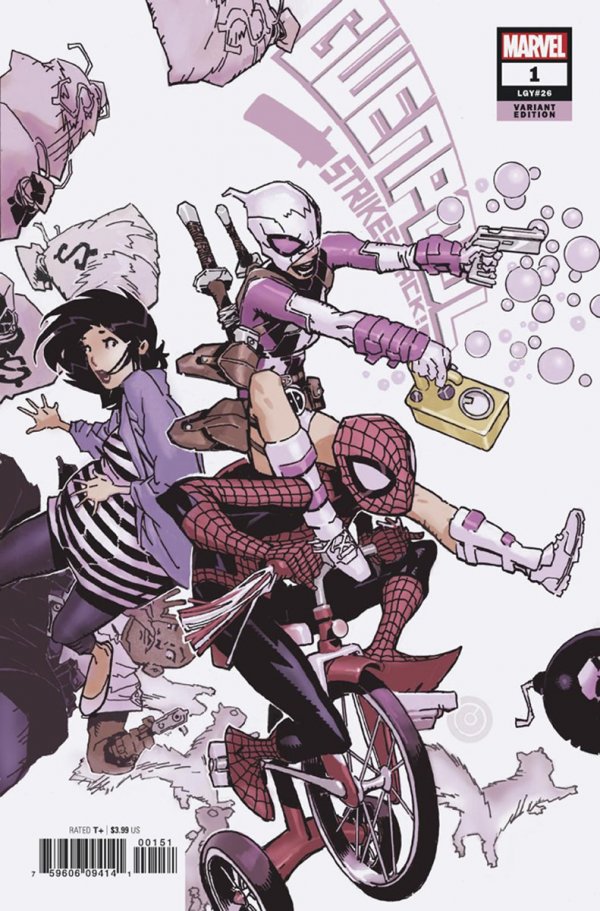 POOL’S OUT FOR SUMMER! That’s right — everyone’s favorite comics-fan-turned-comics character is back, and this time, she’s playing for keeps! Gwen Poole is desperate not to disappear into comic book limbo, so she’s going to make an impact on the Marvel Universe! First up: Unmask Spider-Man! And heck, maybe see if she can get some real super-powers while she’s at it! 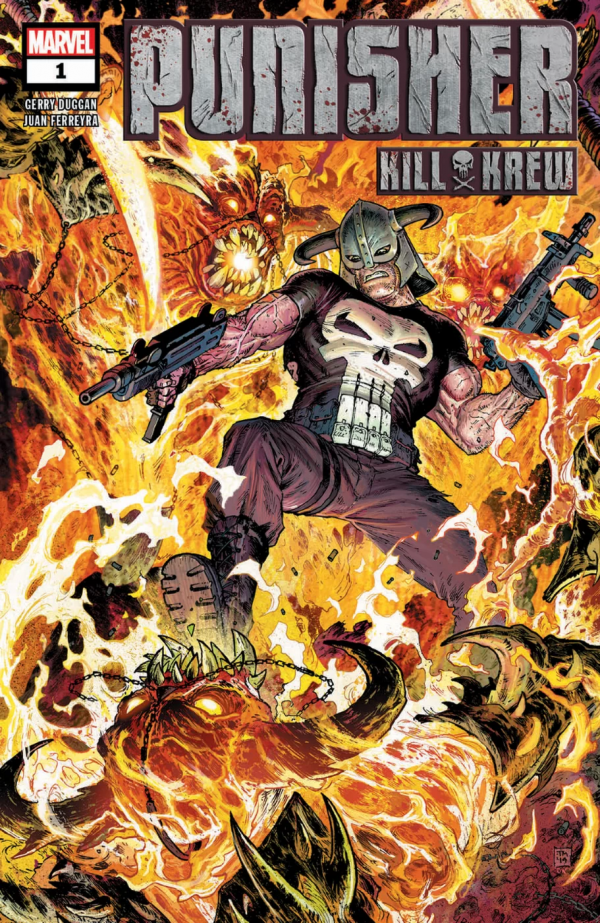 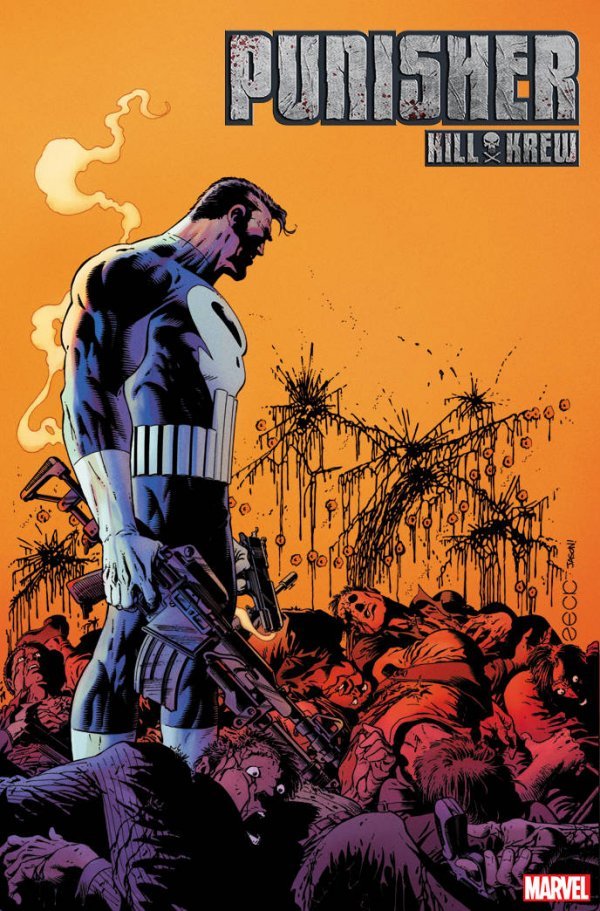 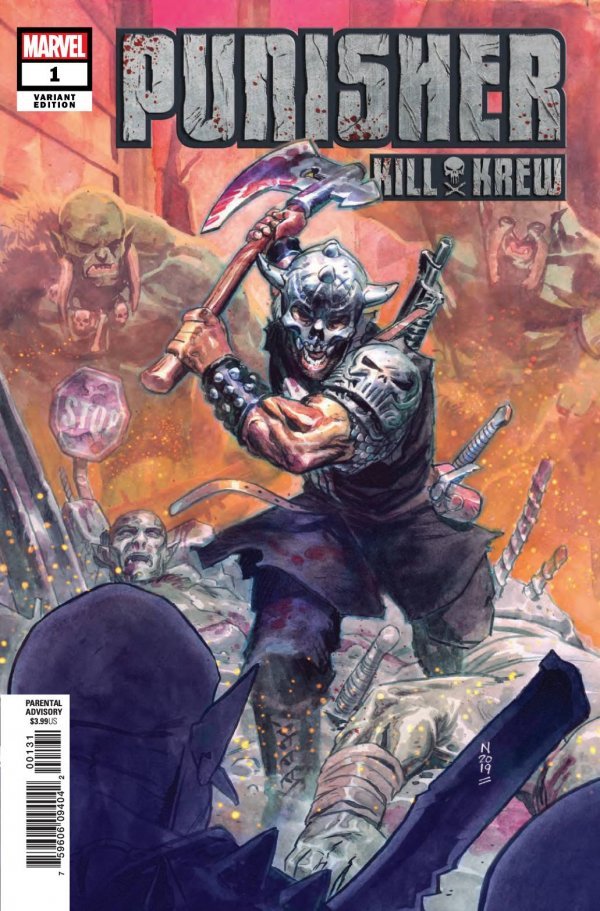 ONE MAN. TEN REALMS. TOTAL WAR. During the War of the Realms, Frank Castle made a promise of vengeance, and Frank Castle keeps his promises. 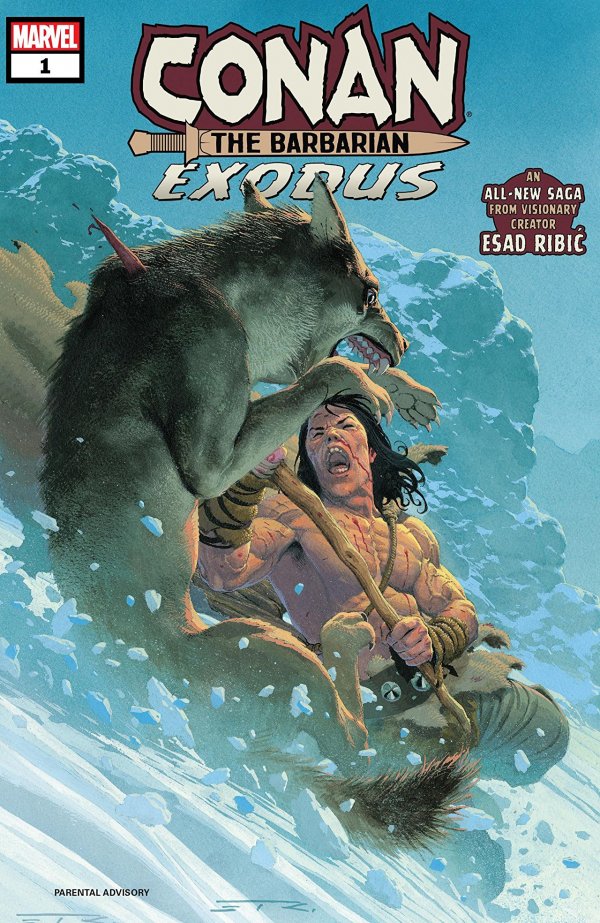 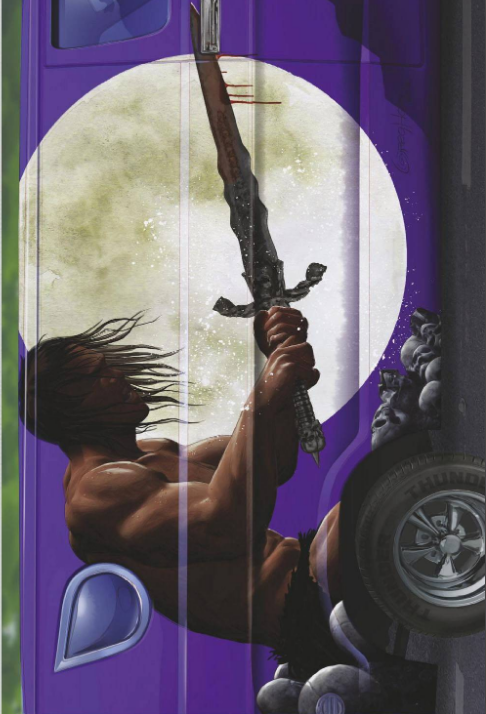 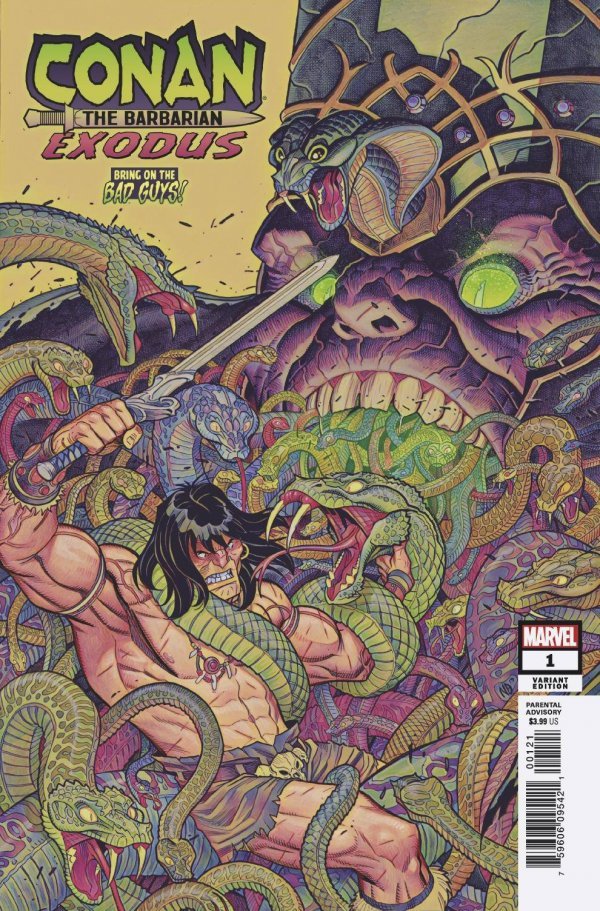 MAN VS. NATURE IN THE NEVER-BEFORE-TOLD STORY OF CONAN’S FIRST JOURNEY FROM CIMMERIA! Long have the stories told of CONAN, who came from the frozen hills of his homeland, Cimmeria, to tread the jeweled thrones of the Earth in the Hyborian Age – but now you will witness the epic tale of the young barbarian’s first journey from home from visionary creator Esad Ribic! With a majestic scope underscored by the completely visual narrative, don’t miss this truly special moment in Conan’s story and an unprecedented issue in Marvel Comics publication history! 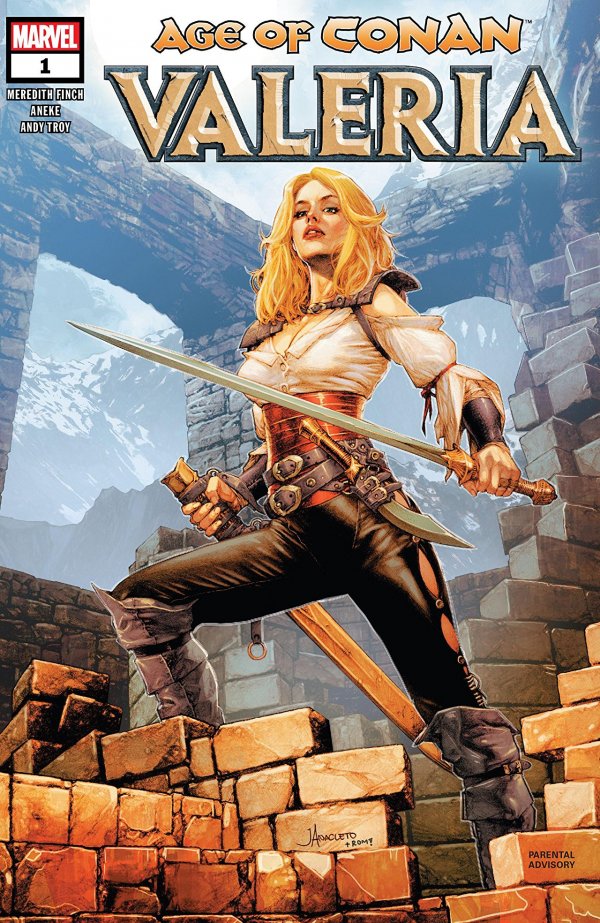 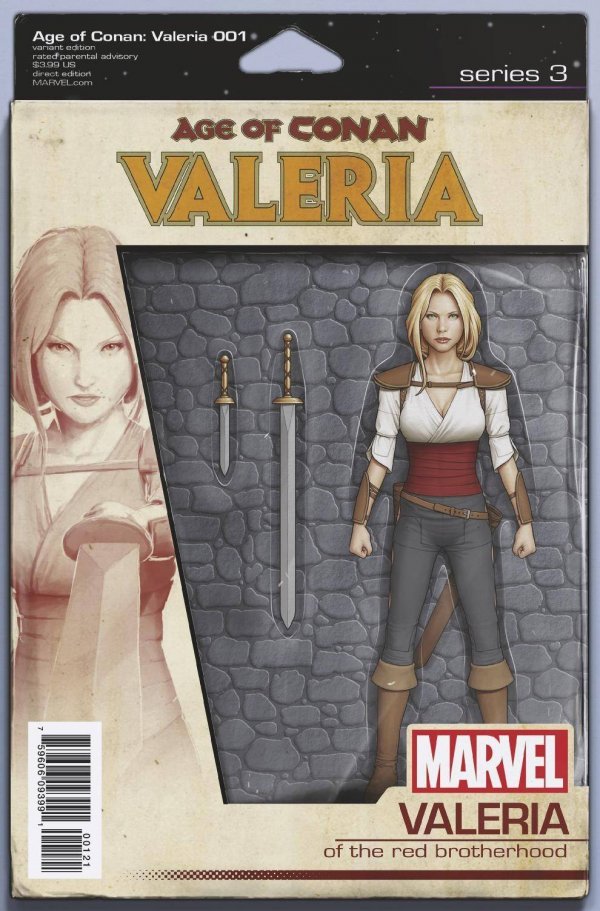 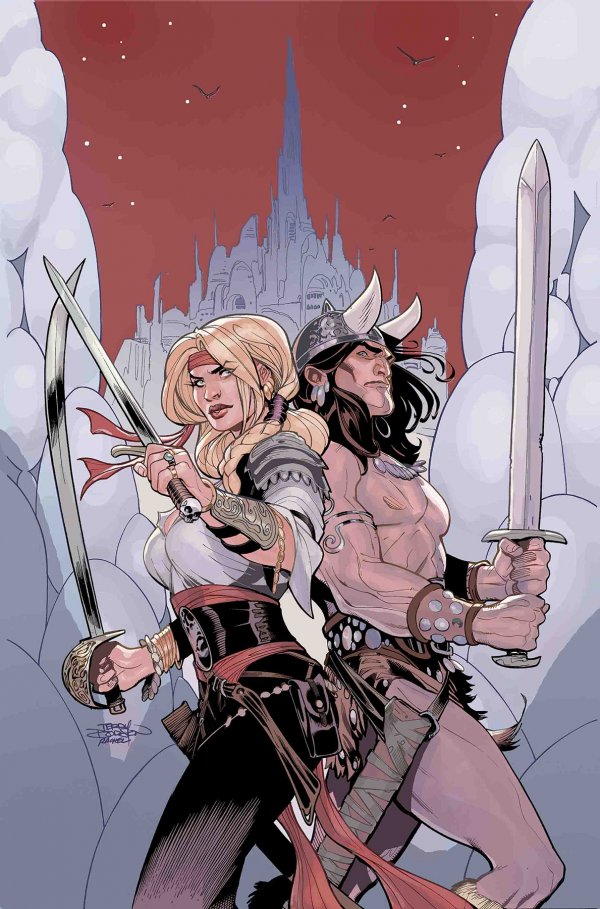 AN ALL-NEW QUEST FOR ROBERT E. HOWARD’S VALERIA AS SHE SEEKS TRUTH – AND REVENGE! Journey into the Hyborian Age with Valeria, the hero from Robert E. Howard’s classic CONAN story “Red Nails,” on an all-new quest set before the fan-favorite tale! Before her careers as a pirate and mercenary and before she crossed paths with the Red Brotherhood and the likes of Conan of Cimmeria, Valeria was a young woman from Aquilonia, seeking justice for a crime gone unpunished. Don’t miss the start of an all-new classic, from Meredith Finch (Wonder Woman, SAVAGE SWORD OF CONAN) and Aneke (Red Sonja, DC’s Bombshells)! Plus: The first chapter of an all-new novella featuring one of CONAN’s greatest nemeses – the wizard THOTH-AMON!

THE RETURN OF A CLASSIC SYMBIOTE…AND IT’LL BE A SCREAM! Years ago, Patricia Robertson was unwillingly bonded to the clone of Venom that eventually became Mania, and she’s been living in fear of symbiotes ever since. But she’s also been living with a secret, and with the coming of Carnage, Patricia must take a stand — and will have no choice but to confront her demons head-on! Five total variants including a Mark Bagley connecting, a 1:25 Mike Allred “Van Gogh’s Scream” inspired cover, and a 1:100 Ryan Brown hidden gem.

Since the conclusion of DEADPOOL VS. CARNAGE, four of the five LIFE FOUNDATION SYMBIOTES – Riot, Phage, Agony, and Lasher – have been bonded to a stray dog, wandering the Midwest. But as Carnage descends on New York, its siblings will find it impossible to resist the siren song of KNULL… Three variants all are limited ratios!

As Xavier sows the seeds of the past, the X-Men’s future blossoms into trouble for all mutantdom. Superstar writer Jonathan Hickman (NEW AVENGERS, INFINITY, FF) continues reshaping the X-Men’s past, present, and future with breakout artist R.B. Silva (UNCANNY X-MEN)! Naturally – plenty of variants to choose from. 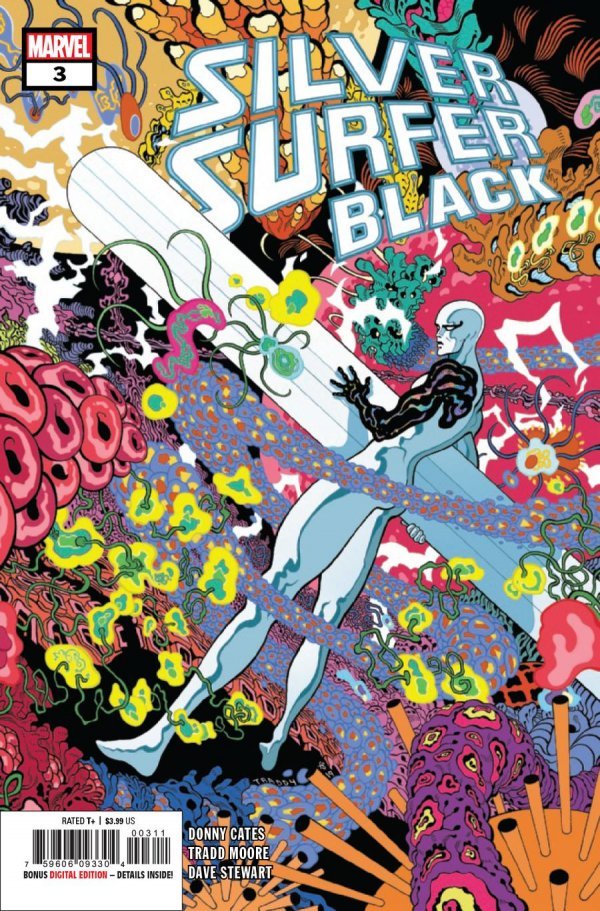 The Surfer’s power is fading! Is this the end of Norrin Radd as the all-consuming darkness descends upon him? Or will help come in the form of an unexpected ally? Two variants available a 1:25 Bengal and a Thor versus Silver Surfer cover from Ron Lim.

As of late, there has been an increasing demand for indie titles making it tougher than ever to secure copies of the highly-anticipated releases. Check-in with your local comic shop to see what titles are generating buzz and get your orders in early. If not – you will have to chase titles and ultimately face price markups. Always stay current with your reading on major titles as avoiding spoilers it not an easy when books are this popular!