LCSD19 arrived just a few days before New Comic Book Day!  What do we have to be thankful for on Thanksgiving week? How about John Constantine, Punisher 2099, and Curse Words! 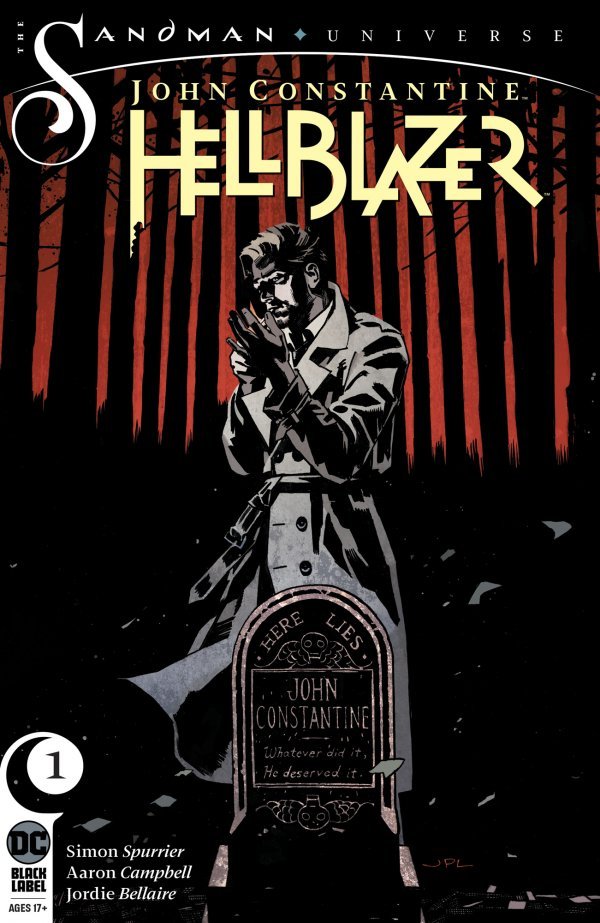 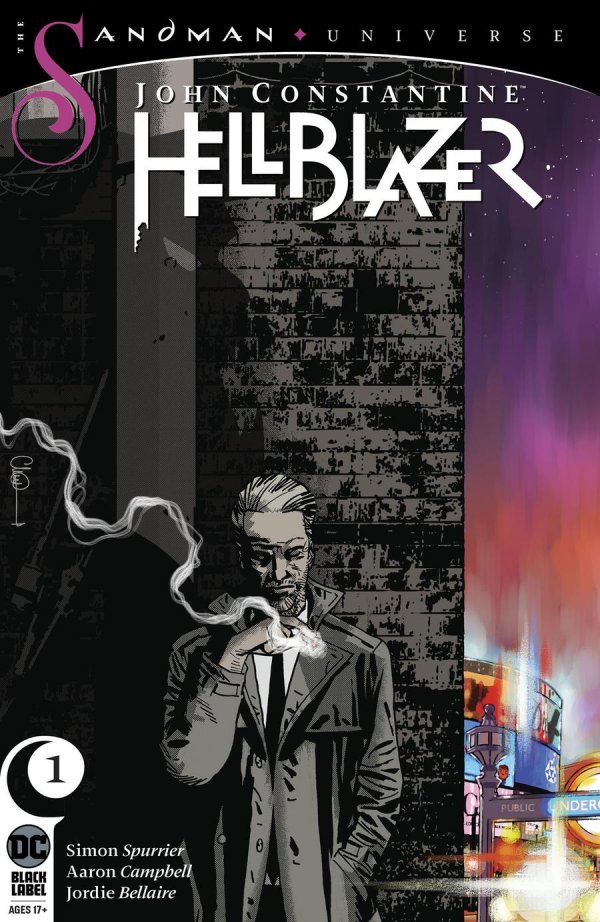 John Constantine is back in London, back to his old tricks — and just in time, as things have become very dark indeed in his old stomping grounds. A small-time gang lord has found himself dealing with a big-time outbreak of supernatural weirdness…and without any allies to call on and nothing left to call his own, John doesn’t have much choice about taking a paycheck from one of London’s worst, or accepting the help of one of the gang lord’s would-be foot soldiers. But what should be an open-and-shut exorcism turns out to be nothing but…and the author of this madness may just be getting started on their terrible masterpiece! The original Constantine is back in this series from Si Spurrier (The Dreaming) and Aaron Campbell (Infidel), with nothing to his name but decades of bad memories and an unearned second chance. How, exactly, will he squander it? There’s only one way to find out… 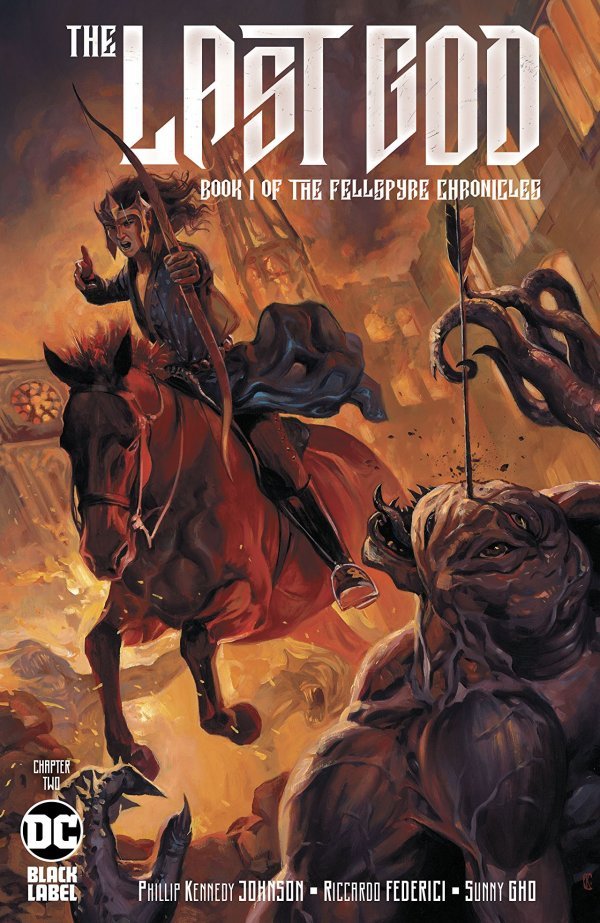 Beyond the edge of creation lies the Black Stair. And beyond it, amid the void, he waits. Mol Uhltep, the Last God. This is the tale of those who claimed to slay him, and the world they doomed with their lies. As the horrifying forces of the Last God descend upon the city of Tyrgolad, our intrepid heroes—Queen Cyanthe, Eyvindr, and Veikko al Mun—must either defend or escape their crumbling stronghold and contend with a dark legacy left behind in King Tyr’s wake. But with every second, the undead army of the Last God adds more bodies to their numbers. None are safe. In the past, we witness the tragic and violent beginnings of the first fellowship, as young Tyr and Cyanthe meet under terrible circumstances. All this and more in the second chapter of DC’s dark fantasy epic The Last God. 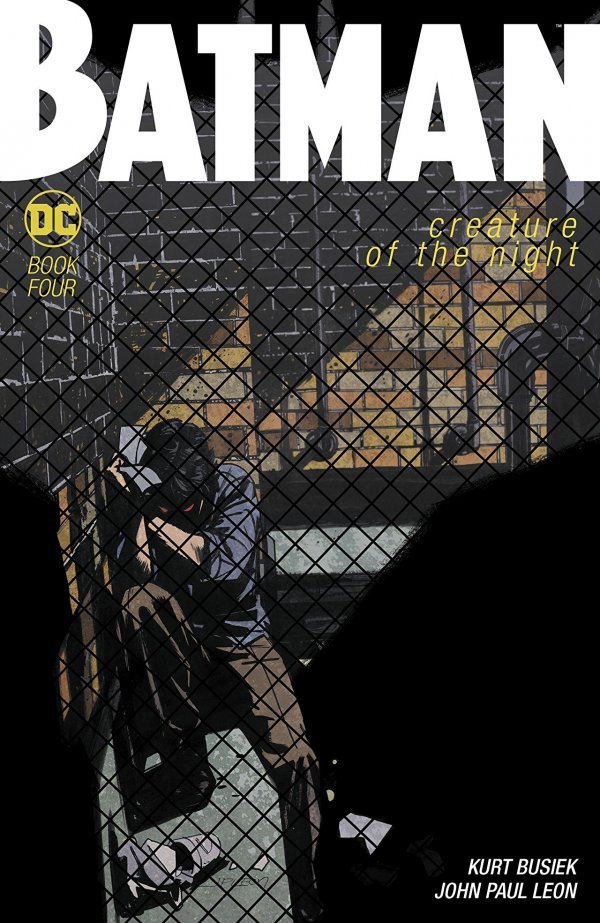 BATMAN: CREATURE OF THE NIGHT #4

Bruce Wainwright is not the man he believed himself to be. He never was. But when you’ve unleashed horror on the world…what can you do about it? Is Bruce human after all? Or has he become more than a man? It’s the unmissable finale of one of the best-reviewed miniseries of the year, sure to go down as a modern Batman classic! 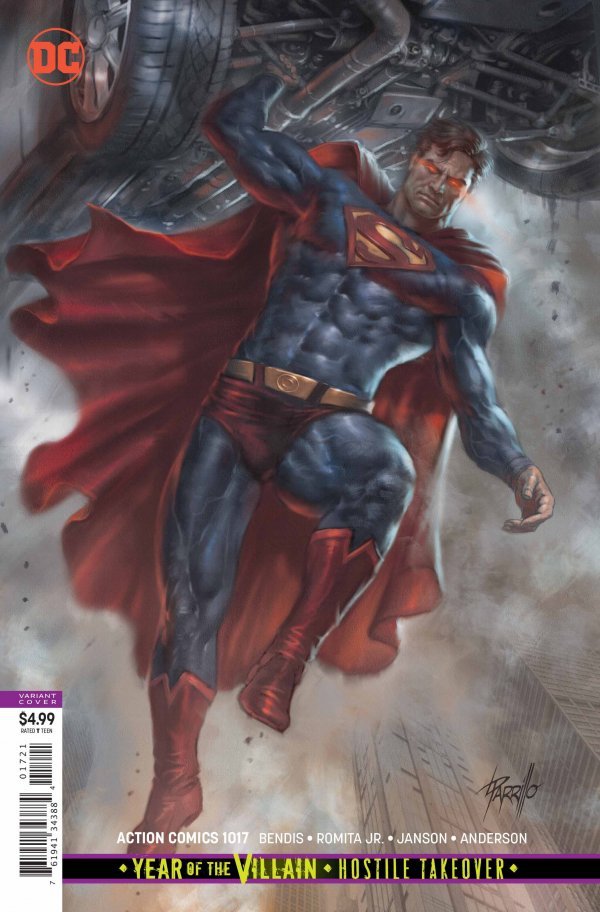 “Invisible War” part one! It’s one of the biggest creator reunions in years as writer Brian Michael Bendis and artist John Romita Jr. join forces for the first time since their blockbuster turns on Avengers and Avengers Vs. X-Men. In this issue, it’s an all-out war on the streets of Metropolis-and at the end of this epic there will be a huge change to the status quo of the world of Superman-you do not want to miss this! 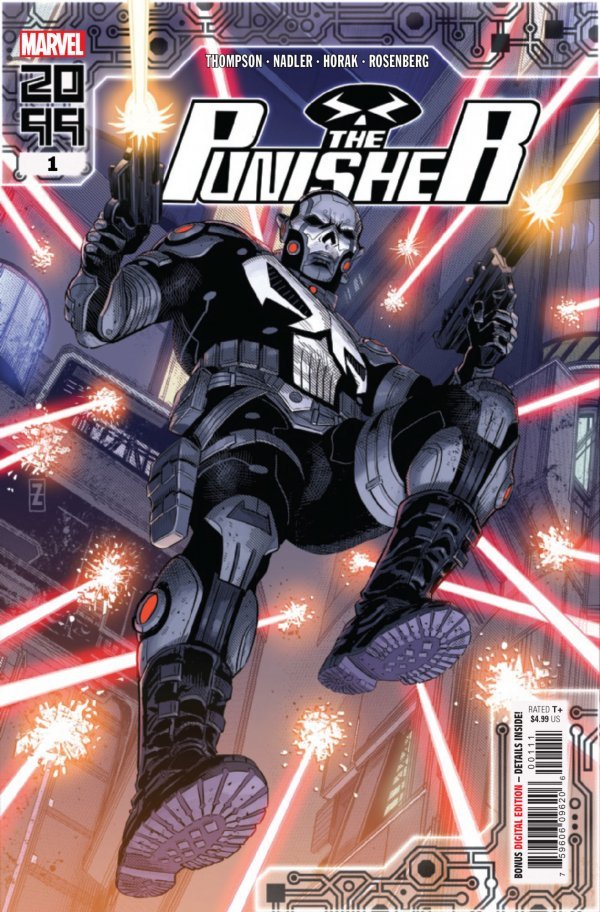 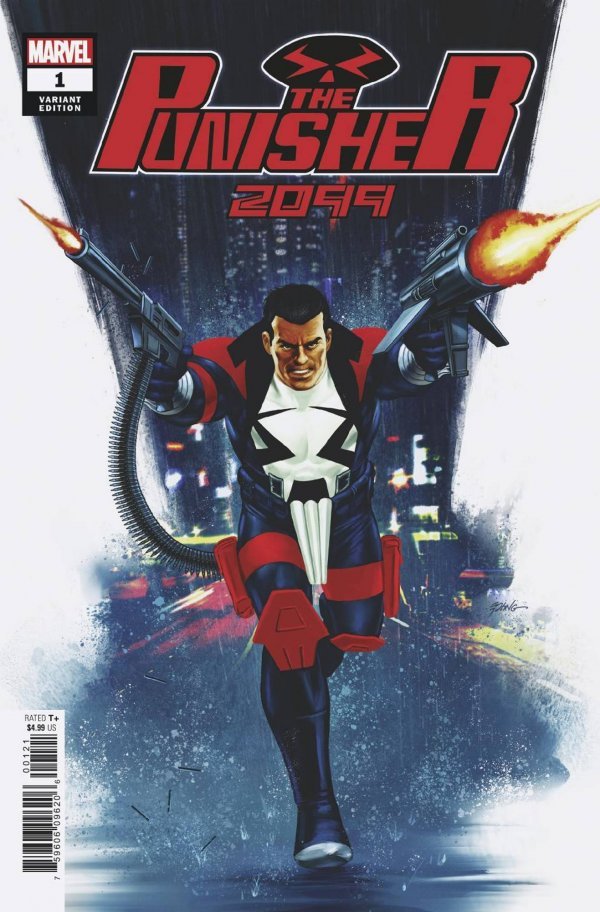 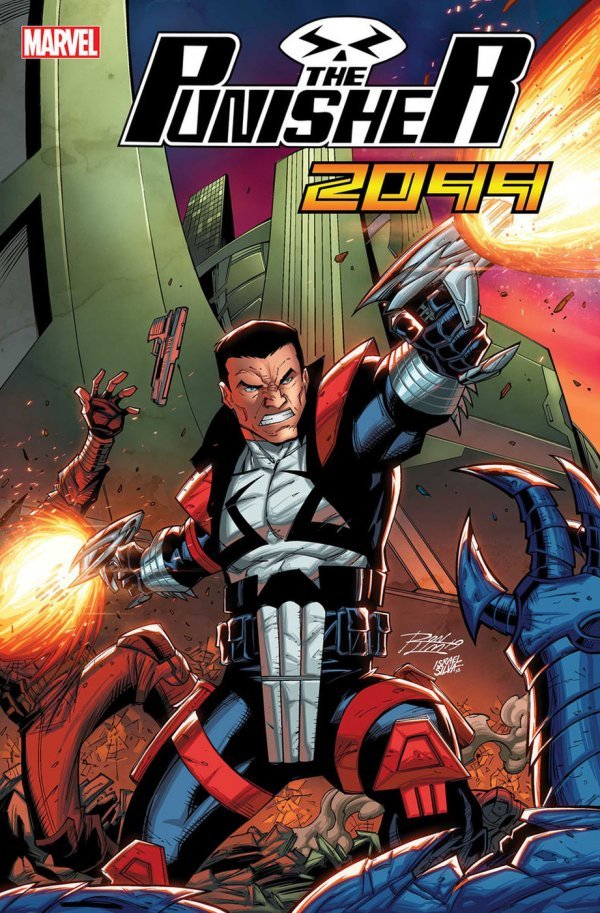 The future has arrived, but world peace certainly hasn’t! In fact, with the streets of Nueva York more crime-ridden than ever, who will rise up to defend the vulnerable population from the corruption? Looks like it’s up to Punisher 2099 to clean up the block – the only question is, who’s behind the mask? Don’t miss out on your glimpse into the future from rising stars, LONNIE NADLER & ZAC THOMPSON (Age of X-Men, Guardians of the Galaxy Annual)! 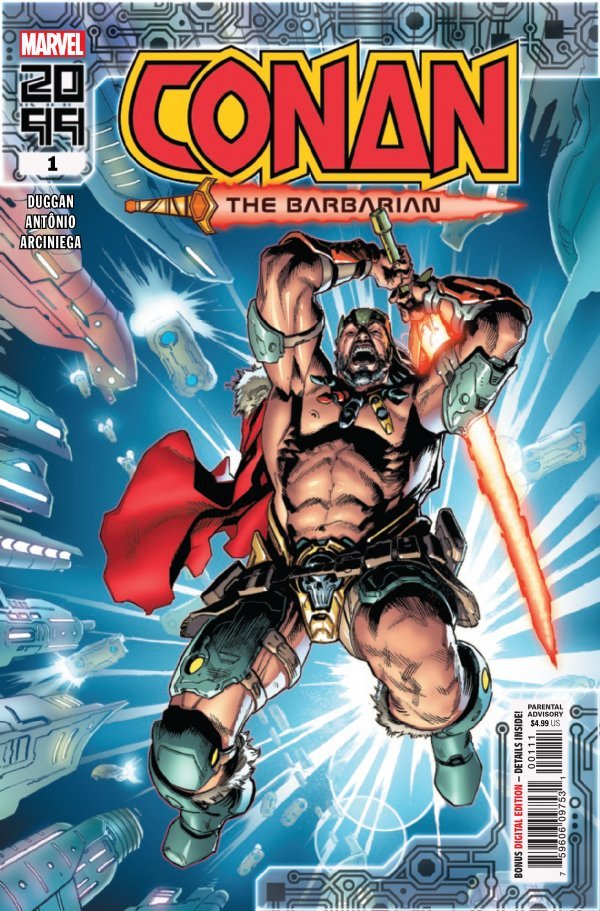 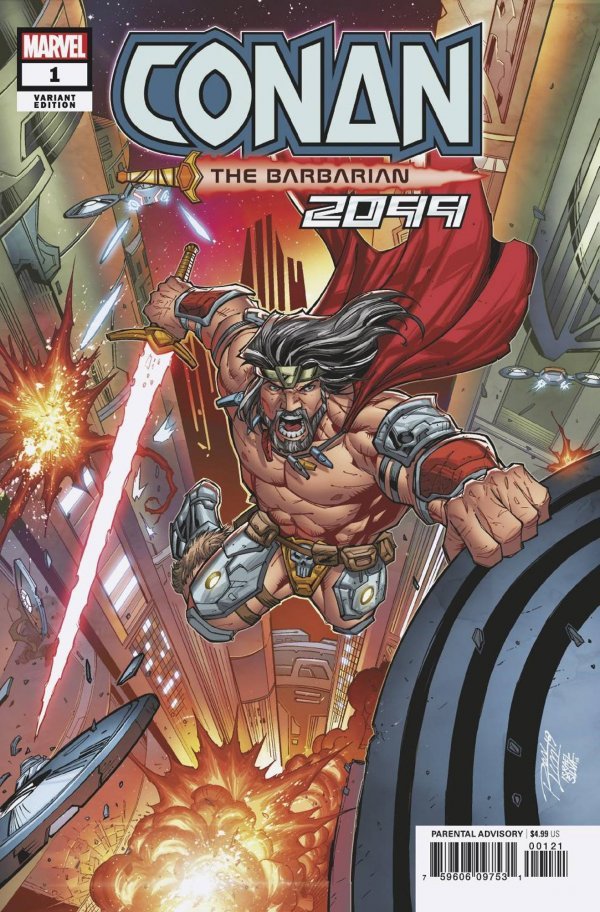 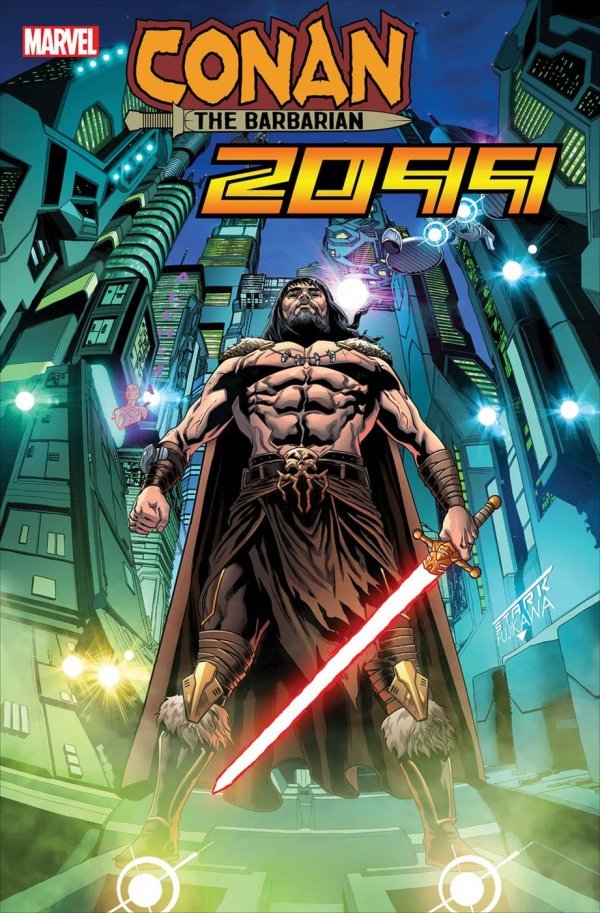 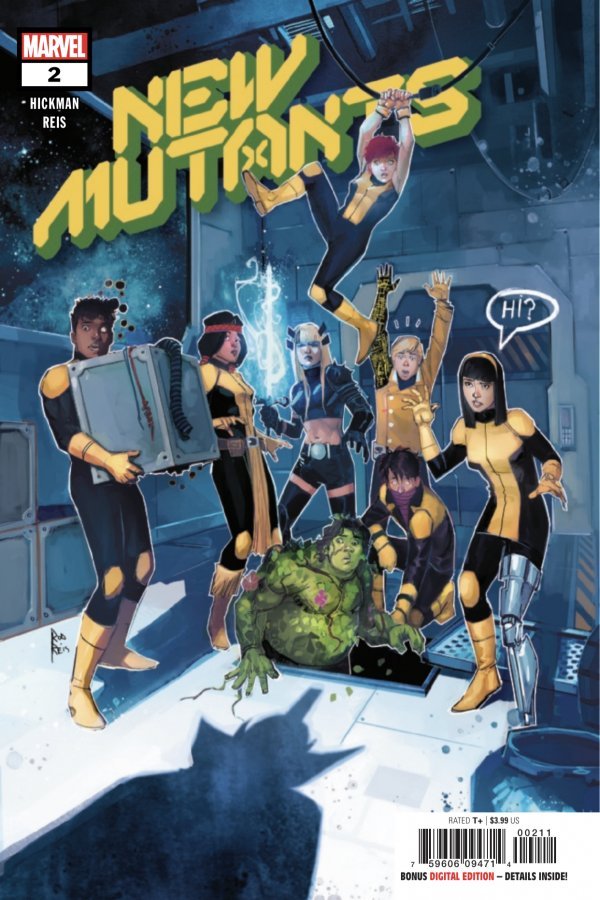 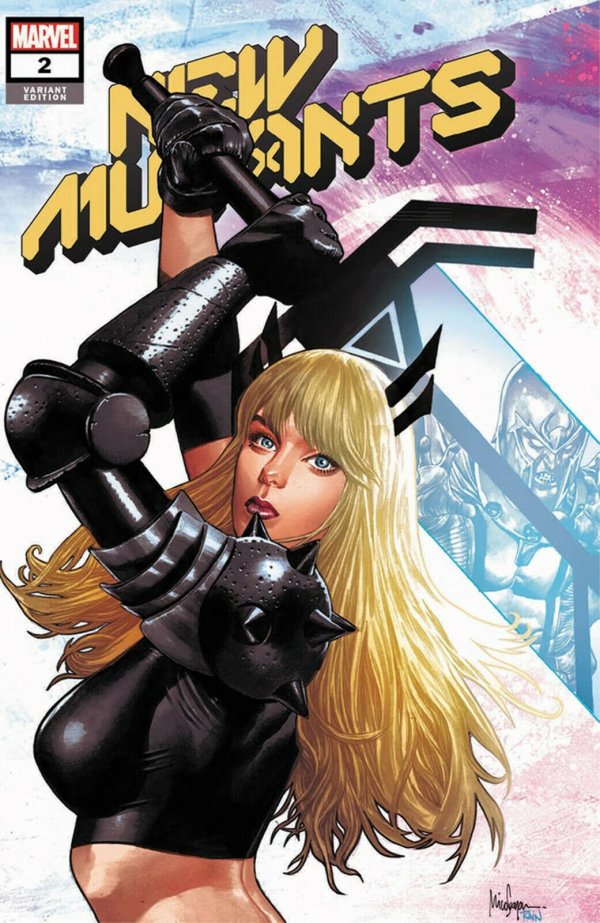 The classic New Mutants (Sunspot, Wolfsbane, Mirage, Karma, Magik, and Cypher) get together with a few new friends in Chamber and Mondo. They’re the next generation of mutants and they’re ready to claim their future now…so what better way to do that than a mission to the stars alongside the Starjammers!? 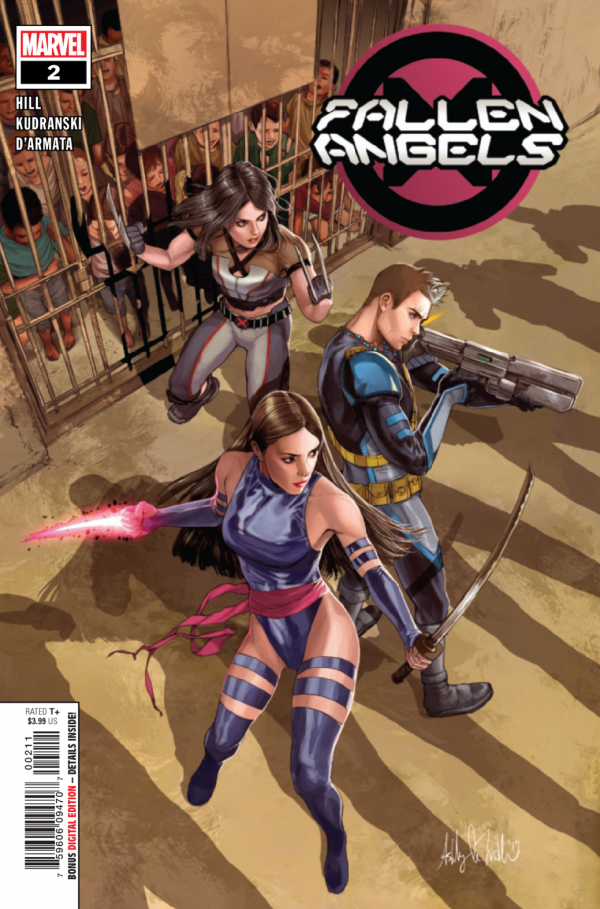 Don’t miss the other Dawn of X titles this week X-FORCE #2, FALLEN ANGELS #2 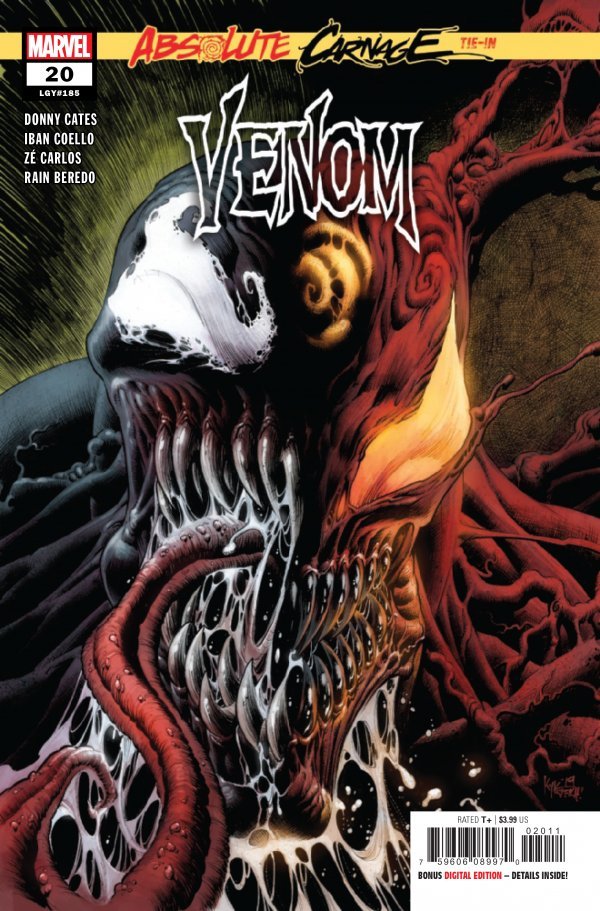 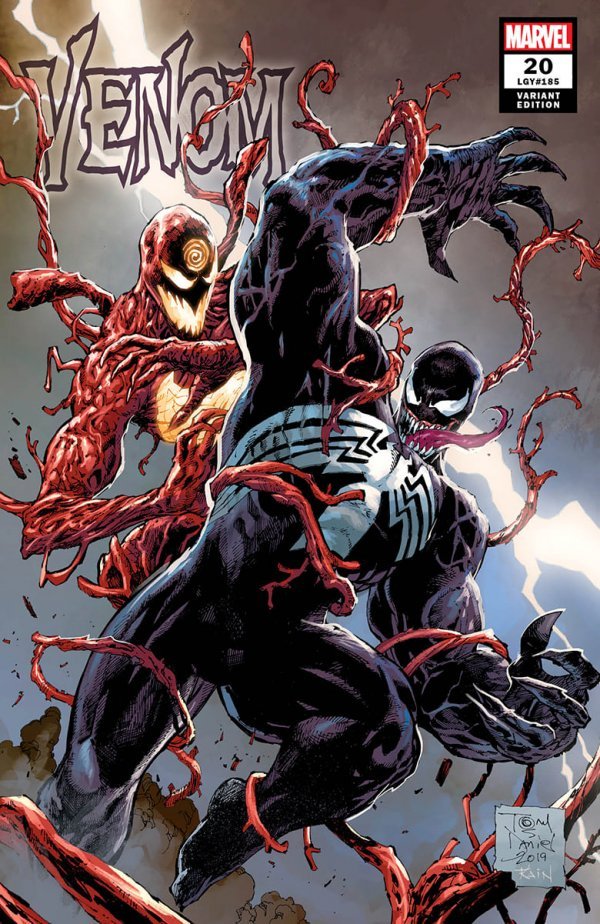 It’s the final tie-in to ABSOLUTE CARNAGE, but that doesn’t mean superstars Donny Cates and Iban Coello are easing up off the gas! Do you want to know what happens in this one, True Believers? You’re going to have to read it! 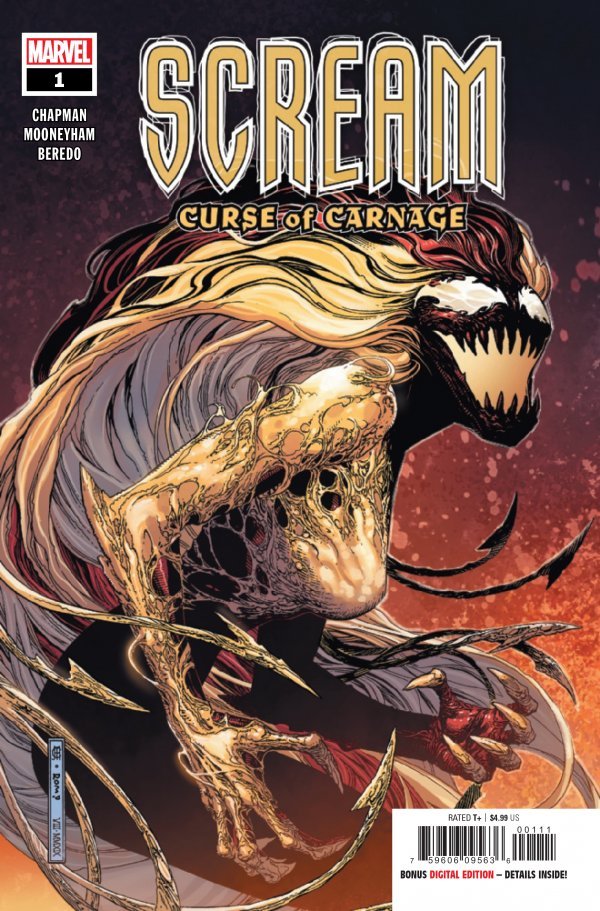 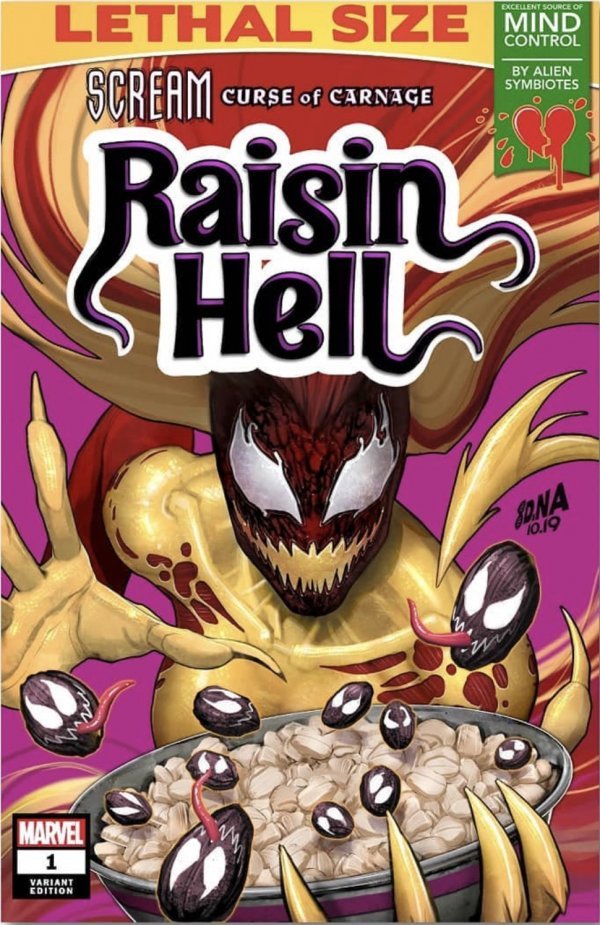 OUT OF THE ASHES OF ABSOLUTE CARNAGE! ALL-NEW ONGOING SERIES! Patricia Robertson, Andi Benton, Donna Diego… it’s all been leading to this as one of the original – and possibly strongest – offspring of the Venom symbiote at last stars in her own, self-titled ongoing series set in the Marvel Universe! But after the events of ABSOLUTE CARNAGE, what remains of the Scream symbiote as it was before? Does it even have a host? What are their intentions? And what will a pair of web-slinging wallcrawlers have to say about its presence in New York? 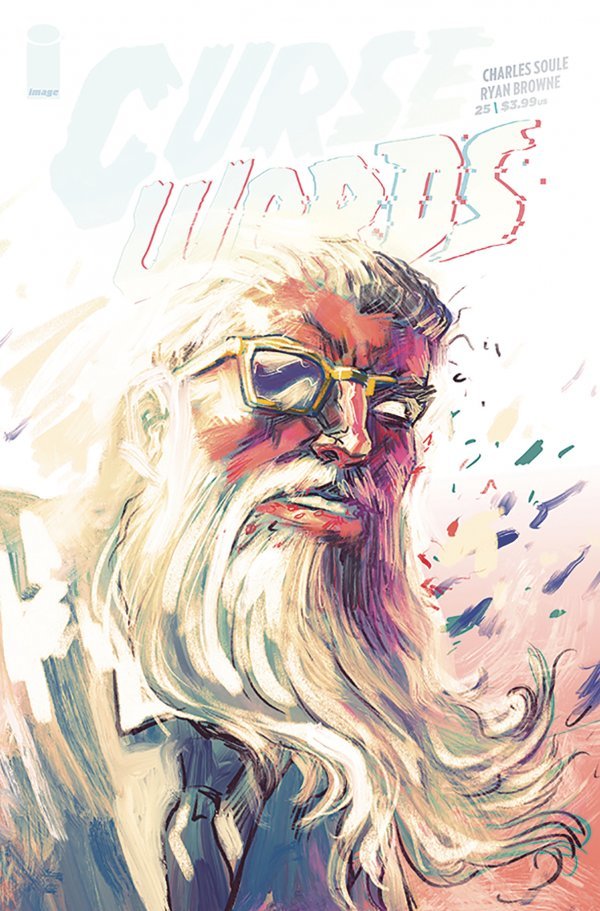 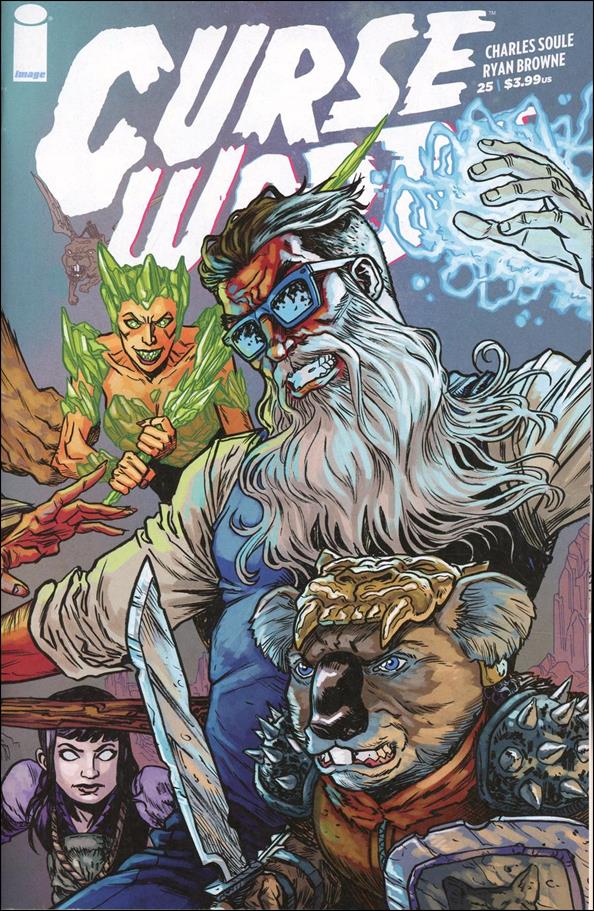 SERIES FINALE. Friends, it’s been a hell of a ride, just a hell of a ride… and now it’s time to see how CURSE WORDS brings this ungainly wizard ship in for a landing. Will it be better than the finales for Game of Thrones, Lost, Battlestar Galactica and M*A*S*H combined? Without a doubt. Thank you for all your support for this series over the years… we’ll see you at the next one! 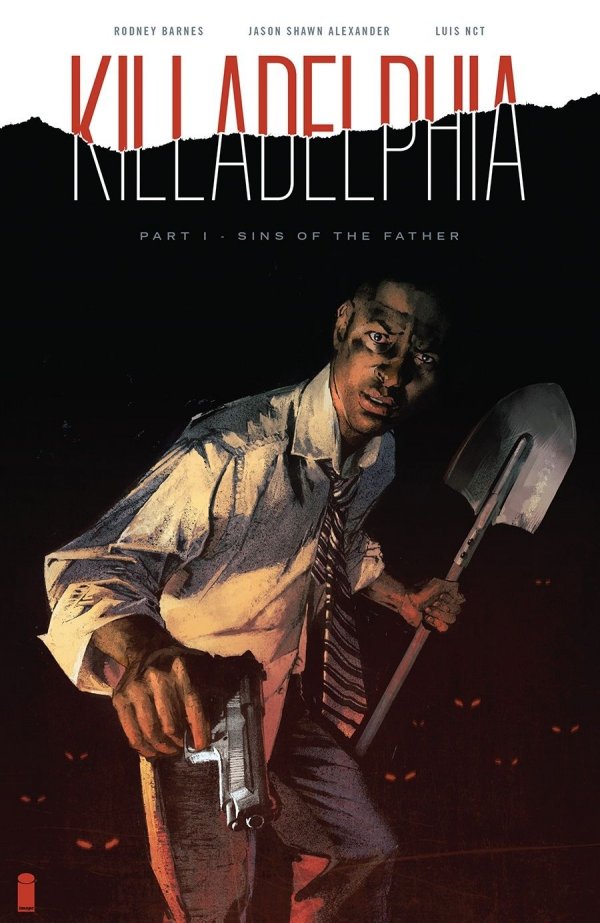 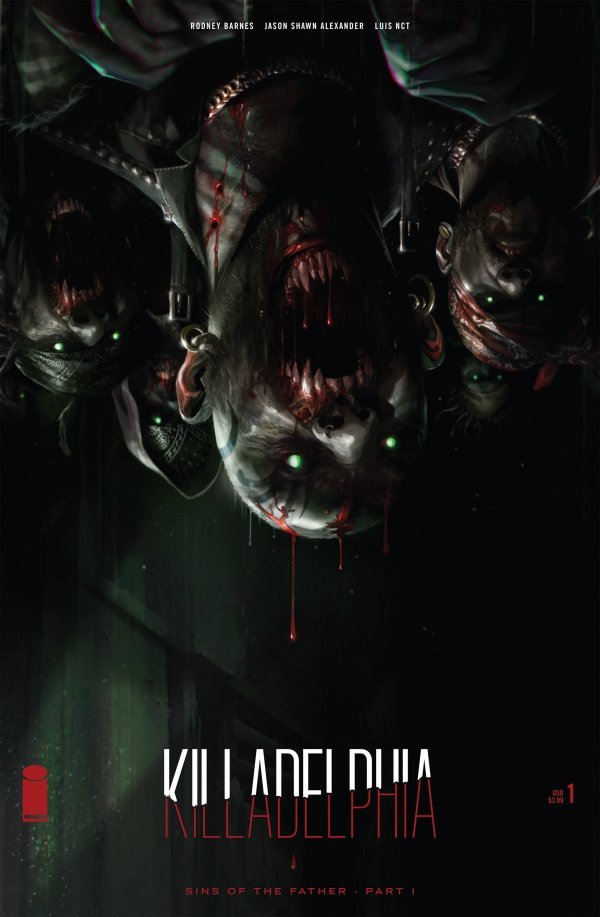 When a small-town beat cop comes home to bury his murdered father—the revered Philadelphia detective James Sangster Sr.—he begins to unravel a mystery that leads him down a path of horrors that will shake his beliefs to their core. The city that was once the symbol of liberty and freedom has fallen prey to corruption, poverty, unemployment, brutality… and vampires. Welcome to KILLADELPHIA. 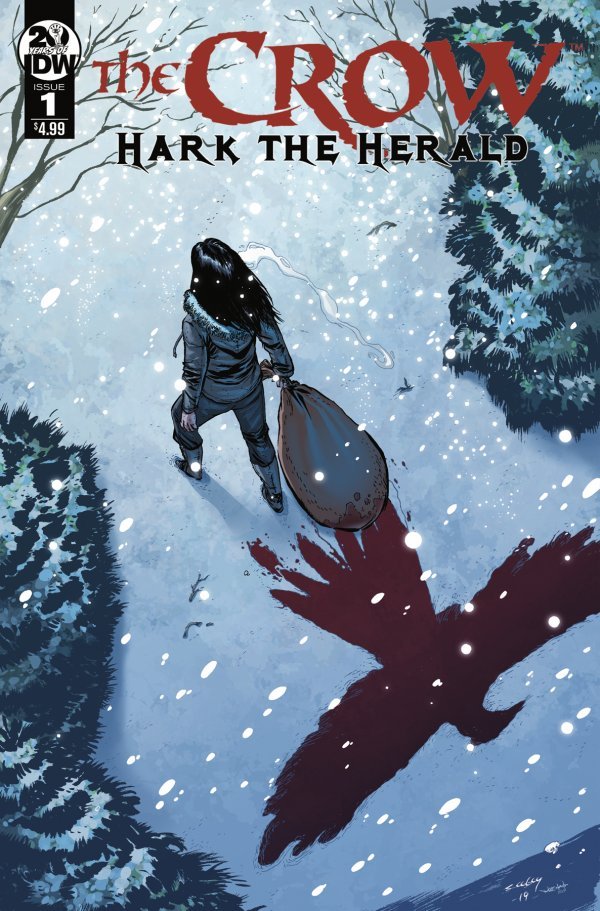 THE CROW: HARK THE HERALD #1 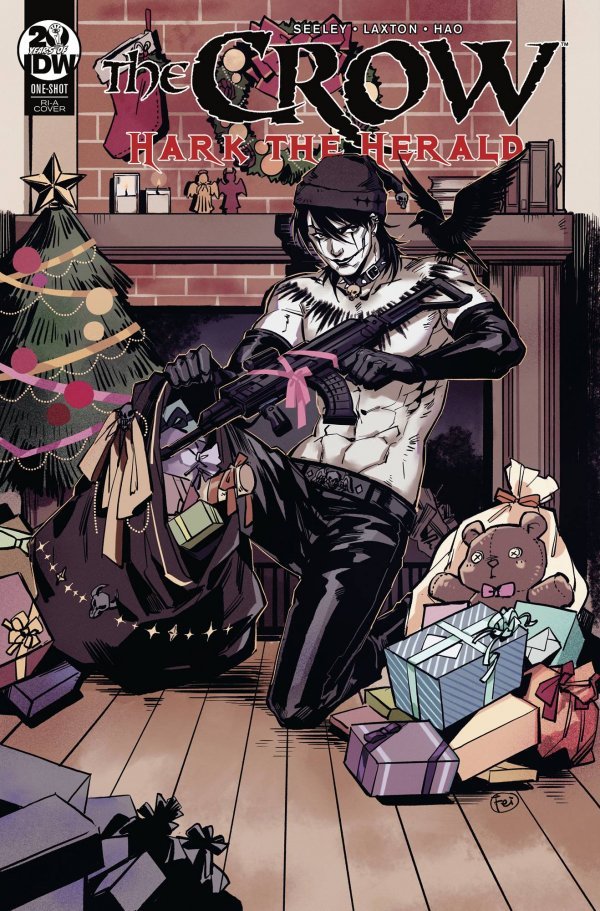 Every year, a group of six people gathers for Christmas in a cabin in the far North Woods of Wisconsin. But this isn’t your average bickering nuclear family-these are six of the most prolific killers in North America. Now, last year’s sins have risen from the grave, ready to deliver the gift of revenge. Guided by the Crow, Cecilia Rite will give six psychos a holiday hammer party. 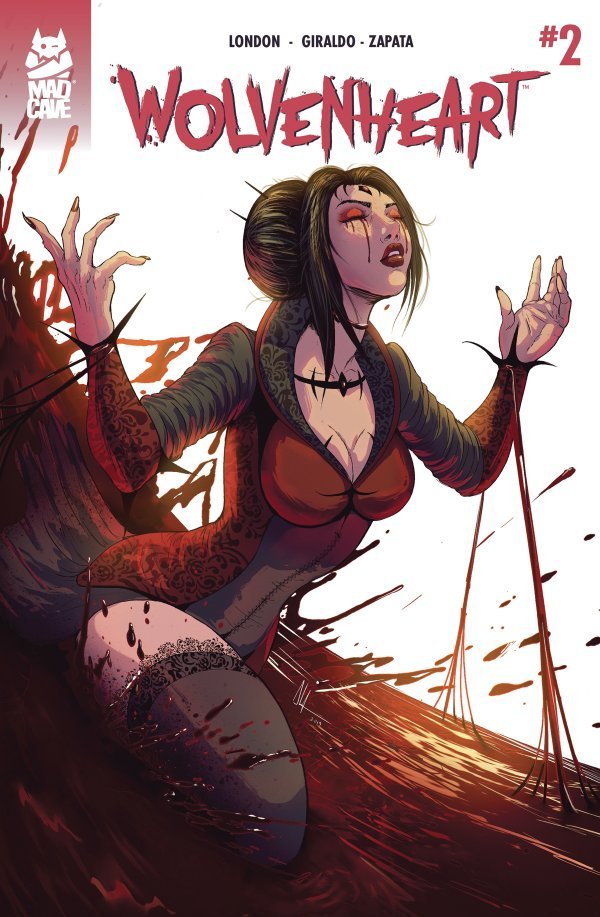 Sterling is confronted by the true Queen in Black, Elizabeth Bathory, and quickly discovers why Van Helsing was so afraid at the mere mention of her name. Aided by Dorian Gray and Nikola Tesla himself, Bathory steals Sterling’s dimension key and kicks him into an open portal. Where and when does Sterling end up and how will he find his way back to London?

As expected with LCSD19 and Thanksgiving, slower week in comics.  Marvel clearly did not get the memo as they continue to blitz with Dawn of X and 2099 titles. Personally, the 2099 titles didn’t excite me back in the day and can’t say that my outlook has changed much now. The Batman: Creature of the Night mini-series was well received by critics, however, this is only the fourth book in two years as the series began in 2017.  My advice this week is to take advantage of the light week in releases, and use your money on the Black Friday sales that retailers will be offering!

View previous week roundups, news, and reviews at the comics landing page, or jump into the Mulehorn Gaming Discord – #comics_collectibles anytime to talk comics! See you next week the same Bat-time, same Bat-channel!