DC finally answers the question “Who is Leviathan” while Batman is inside the head of a dead man, will he survive to solve the case? The final new series for phase one of Dawn of X has arrived. Boom! Studios has done it again, another issues #1 going to 3rd printing before releasing! 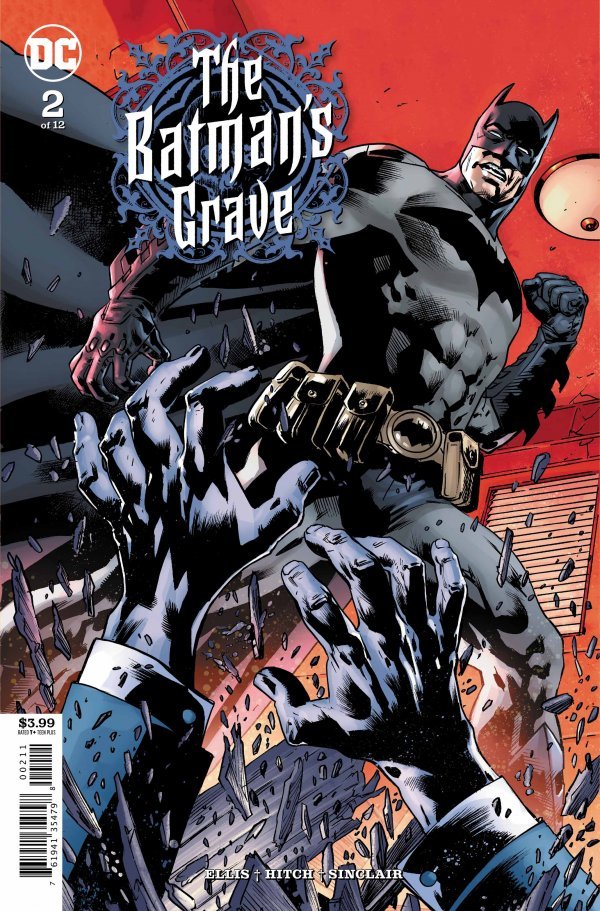 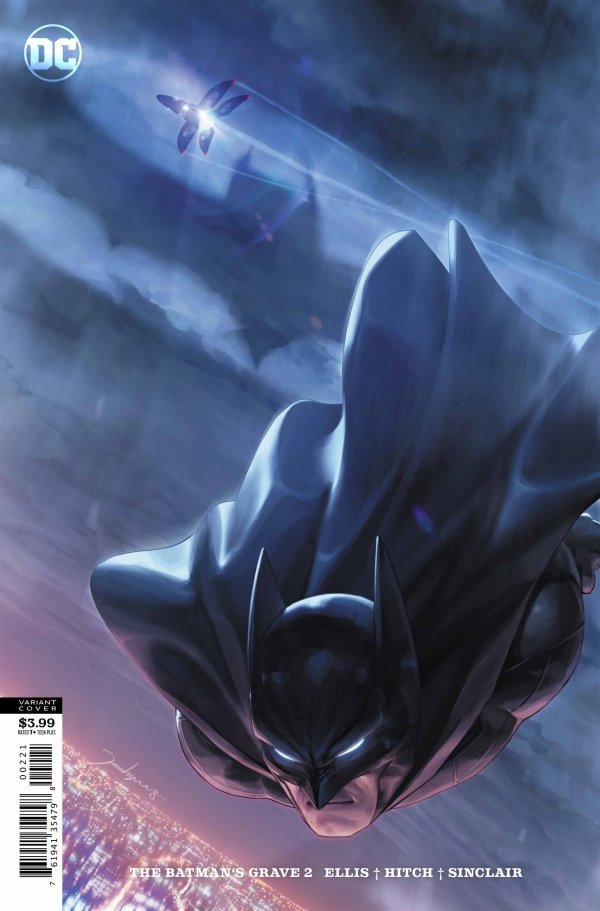 A man was murdered, and the Batman is in his head — and he knows how it happened. All he has to do now is survive his own deduction. Don’t miss the second chapter of this new thriller from writer Warren Ellis and artist Bryan Hitch! 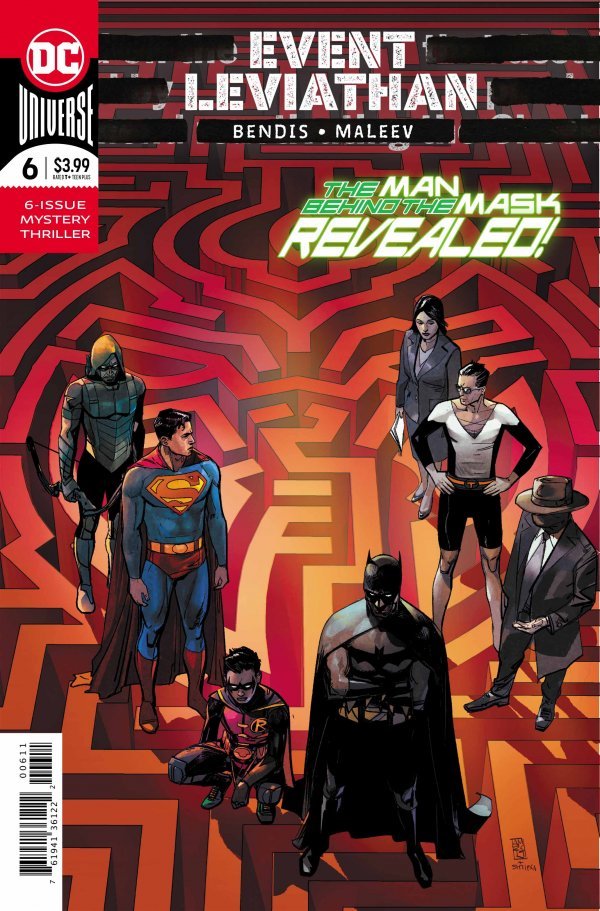 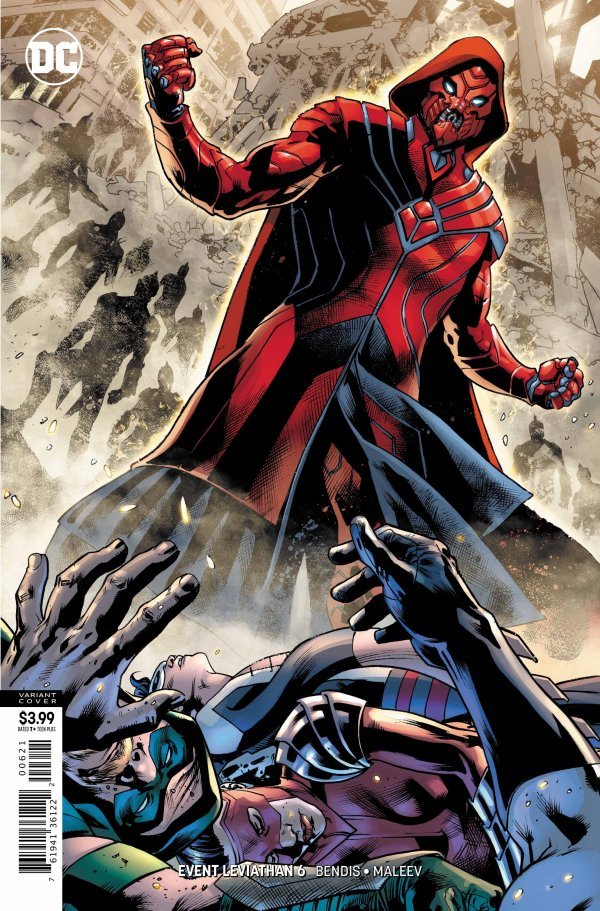 Who is Leviathan?  What do they want? How have they dismantled the most powerful secret agencies in the world?  And what’s their next deadly move? The greatest detectives of the DC Universe descend on Leviathan, and all the answers are revealed!  Don’t miss the shocking conclusion of this storyline! 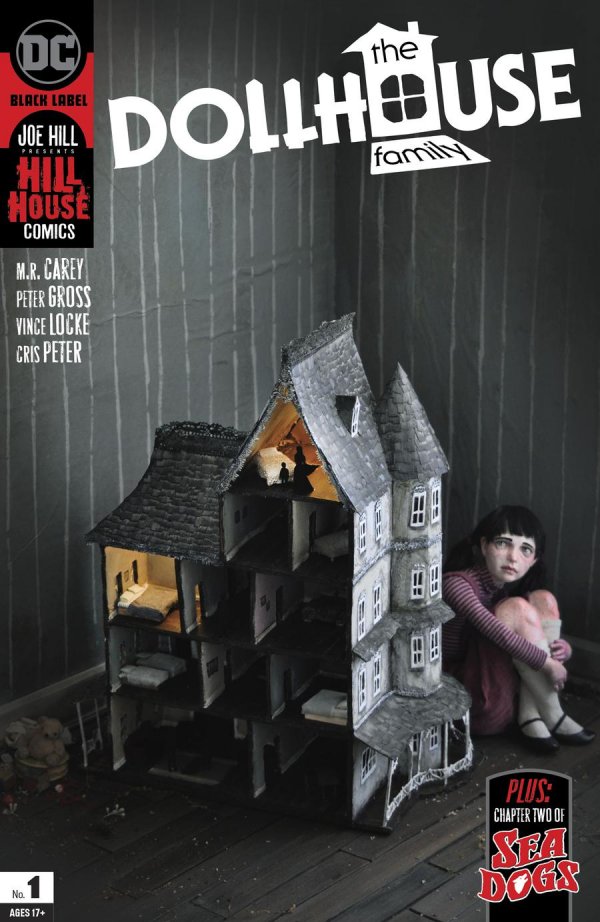 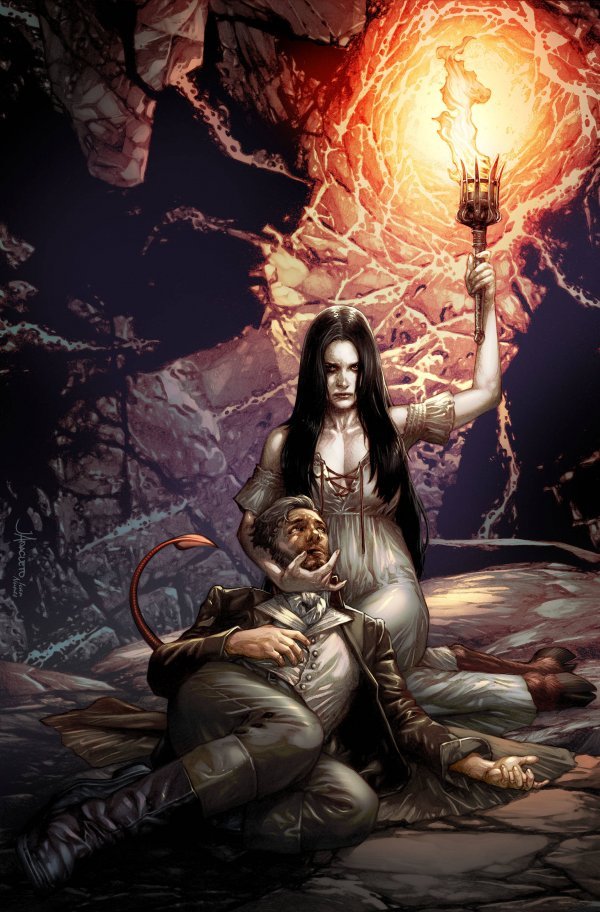 On Alice’s sixth birthday, her dying great-aunt sent her the birthday gift she didn’t know she always wanted: a big, beautiful 19th-century dollhouse, complete with a family of antique dolls. In no time at all, the dollhouse isn’t just Alice’s favorite toy…it’s her whole world. And soon, young Alice learns she can enter the house to visit a new group of friends, straight out of a heartwarming children’s novel: the Dollhouse family. But while the Dollhouse family welcome her with open arms, in the real world, her family life is becoming much more complicated…and deep within the Dollhouse’s twisting halls, the black room waits, with an offer to Alice. The house can fix all this, the black room says. All she has to do is say the words… Longtime collaborators Mike Carey and Peter Gross (Lucifer, The Unwritten) are joined by Vince Locke (The Sandman), to bring their most horrifying vision yet to Hill House Comics—a story that echoes into centuries past, into Alice’s tormented future, and into the beating heart of the madness that makes up our world…literally. 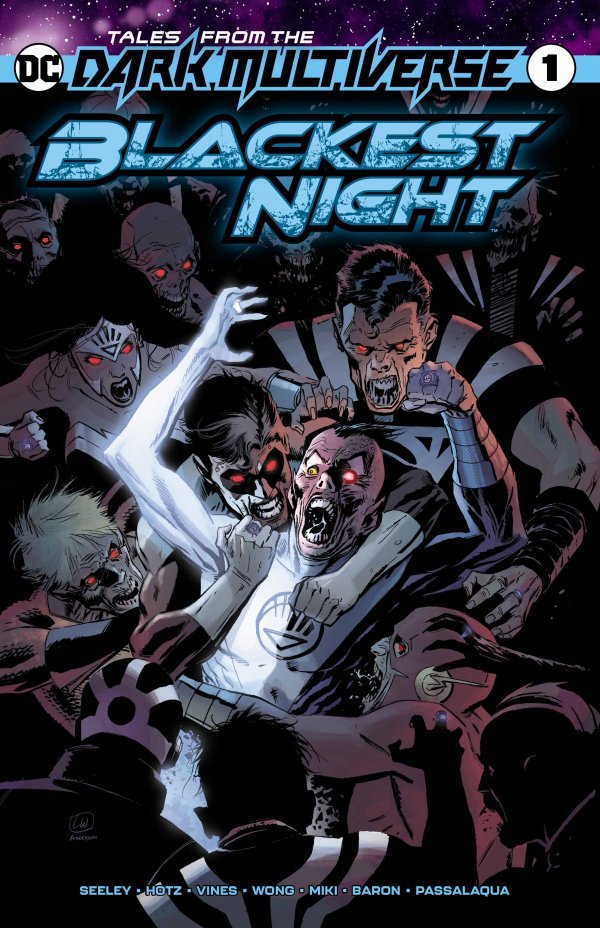 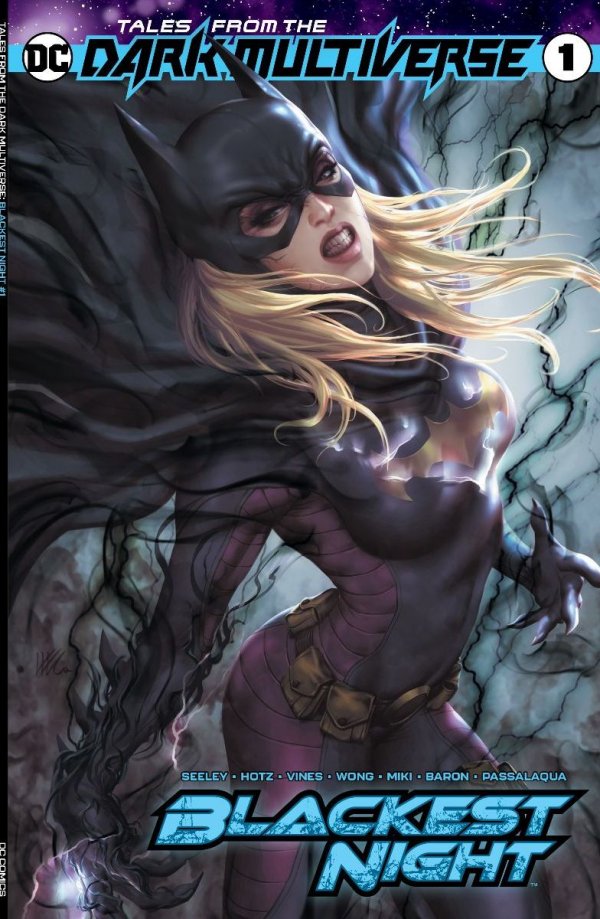 What could be blacker than the Blackest Night? From the pages of Dark Nights: Metal comes a Dark Multiverse retelling of the Green Lantern event that changed the DC Universe forever…only this time, the Black Lanterns win! Now, 23 days after the apocalypse, witness the rise of Sinestro as the Limbo Lantern! Trapped between life and death as a White and Black Lantern, Sinestro seeks to save the universe—or end his miserable life—once and for all! Joined by Dove, Lobo, and Mister Miracle, the last living beings in the universe will put everything on the line to give their world one final chance. 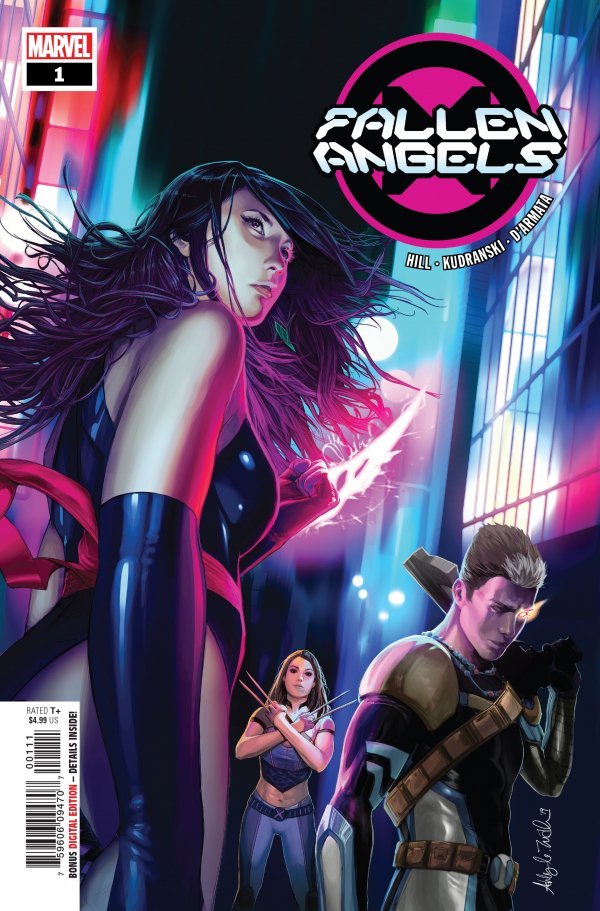 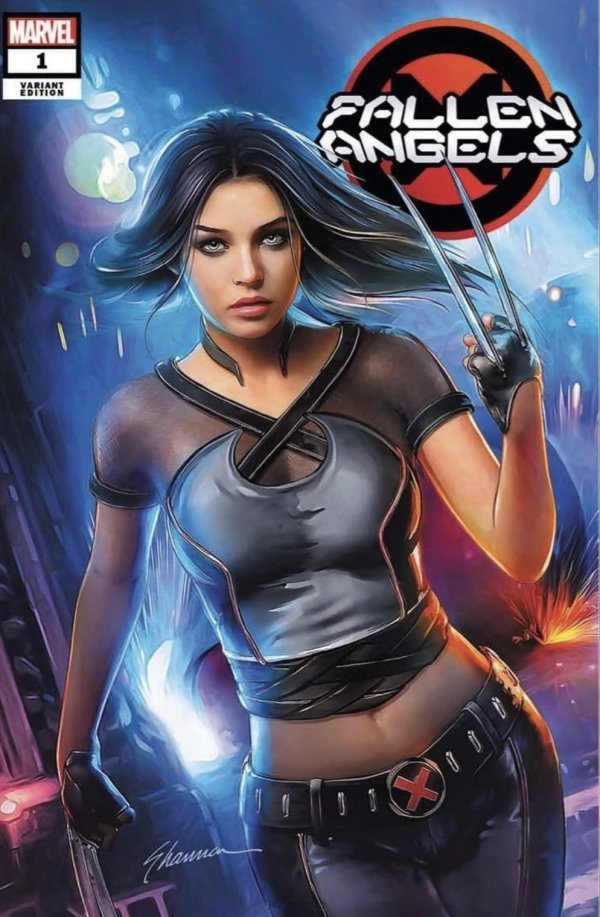 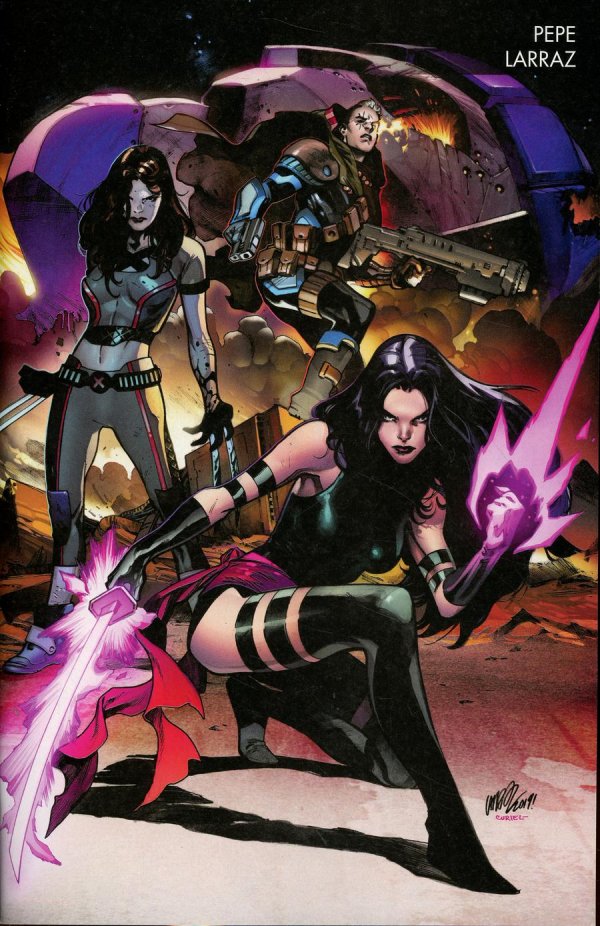 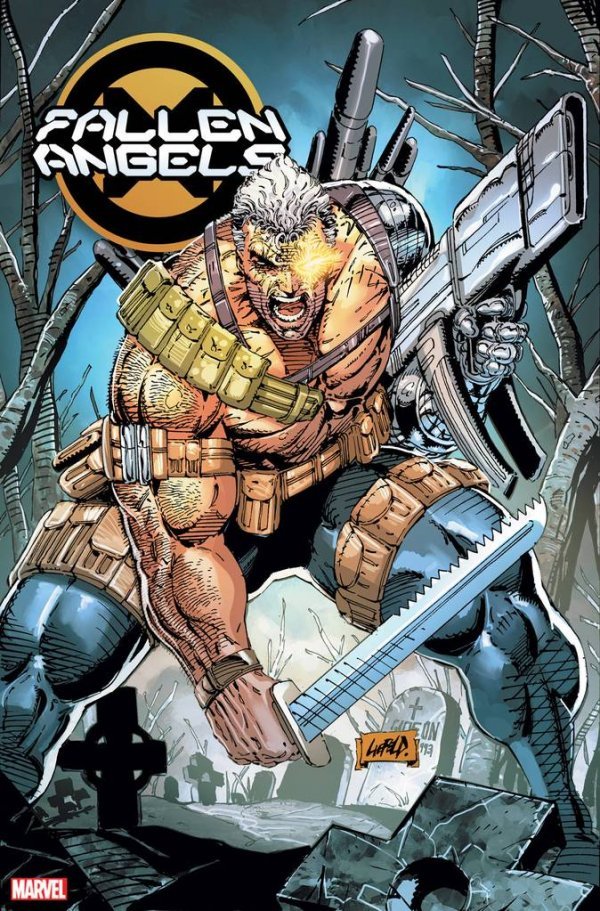 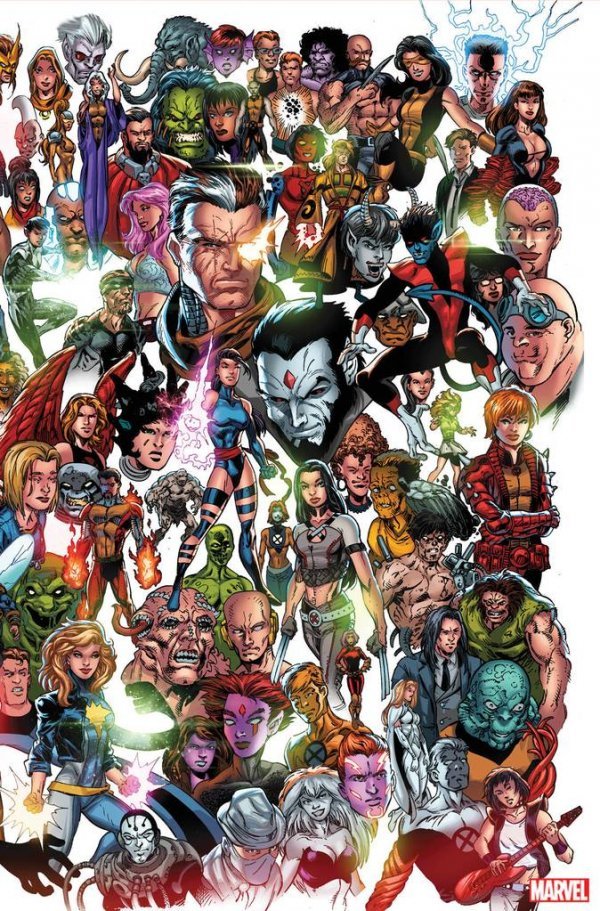 NOT ALL BELONG IN PARADISE! Psylocke finds herself in this new world of Mutantkind unsure of her place in it… but when a face from her past returns only to be killed, she seeks help from others who feel similar to get vengeance. Cable and X-23 join Kwannon for a personal mission that could jeopardize all Mutantkind! This marks the final new book of the first phase of Dawn of X titles, which means for those of you collecting the “Every Mutant Ever” Mark Bagley connecting variants this is the final cover. The Rob Liefeld hidden gem variant featuring Cable is vintage stuff! 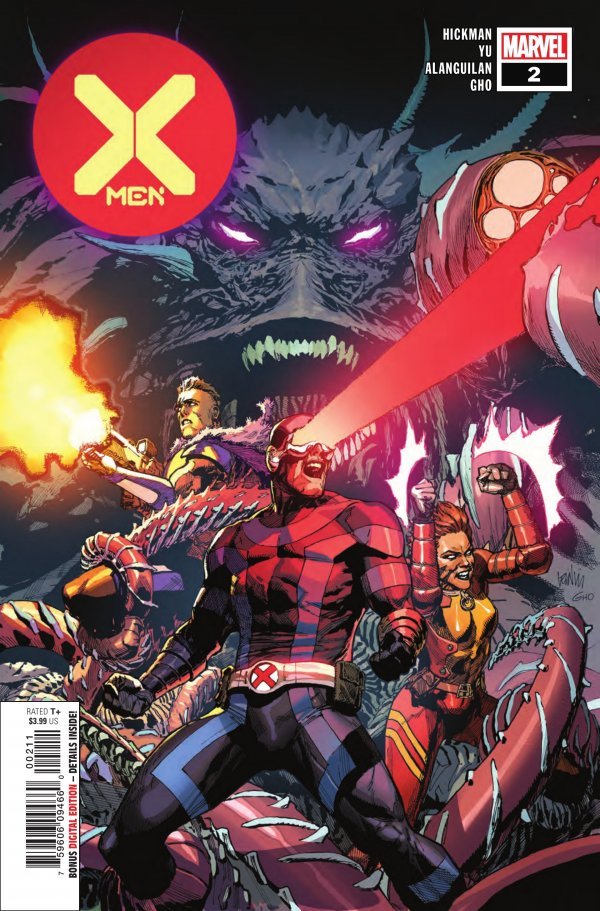 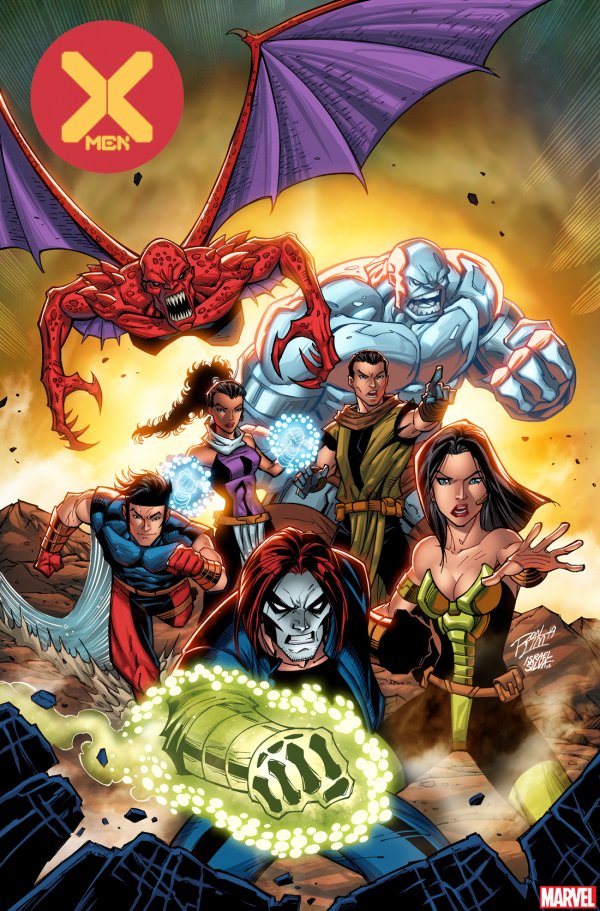 Jonathan Hickman and Leinil Francis Yu continue the flagship X-Men title! When an island full of unspeakable horrors appears on the horizon, the X-Men have their work cut out for themselves keeping Krakoa safe! 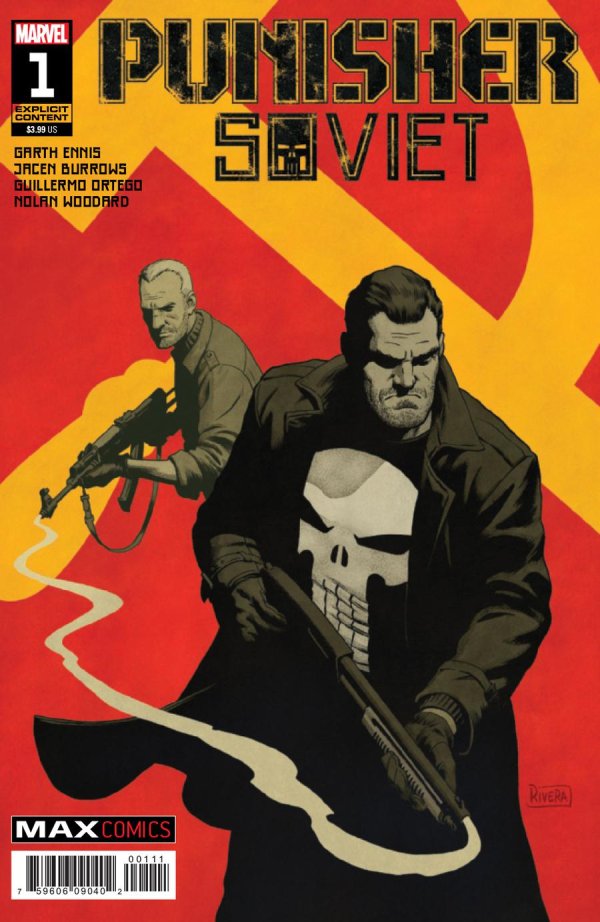 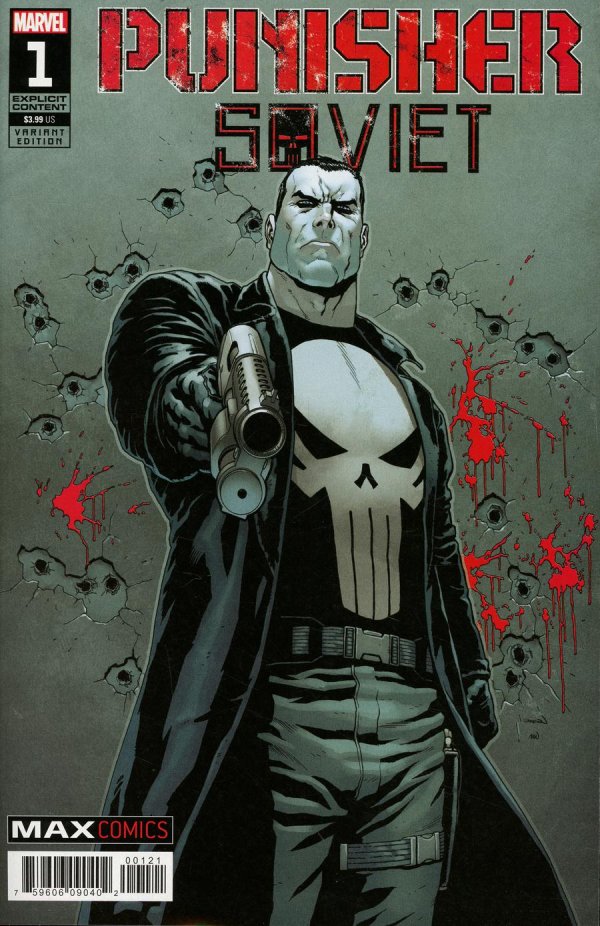 Garth Ennis (Co-Creator of The Boys & Preacher) is back at Marvel and writing the Punisher again, this time with art phenom Jacen Burrows (MOON KNIGHT, 303, Crossed) at his side. A dozen Russian mobsters lie dead at the Punisher’s feet and he wasn’t the one who pulled the trigger. If you know Frank Castle, you know this doesn’t necessarily set his mind at ease. Who is in New York City decimating the Russian mob and can it be long before they come into conflict with Frank?! 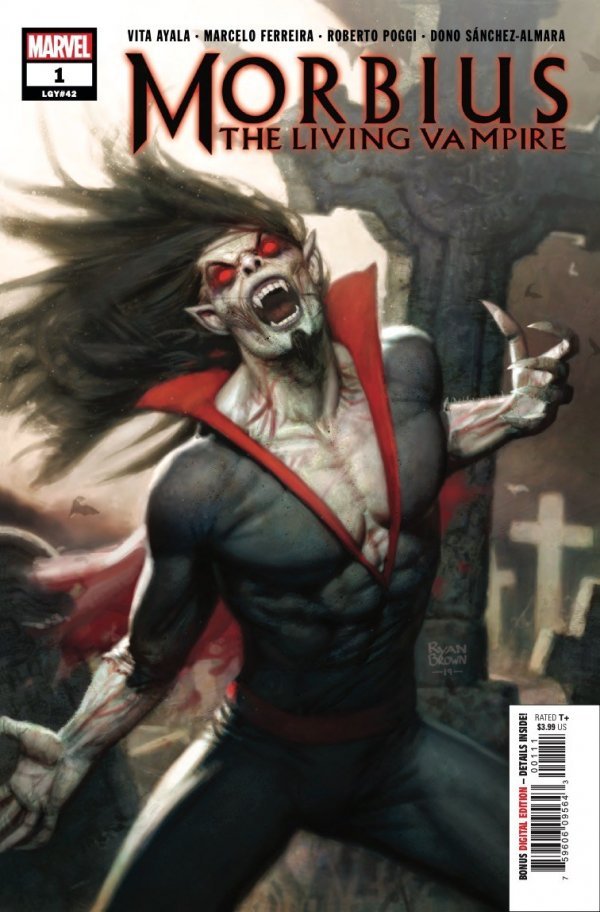 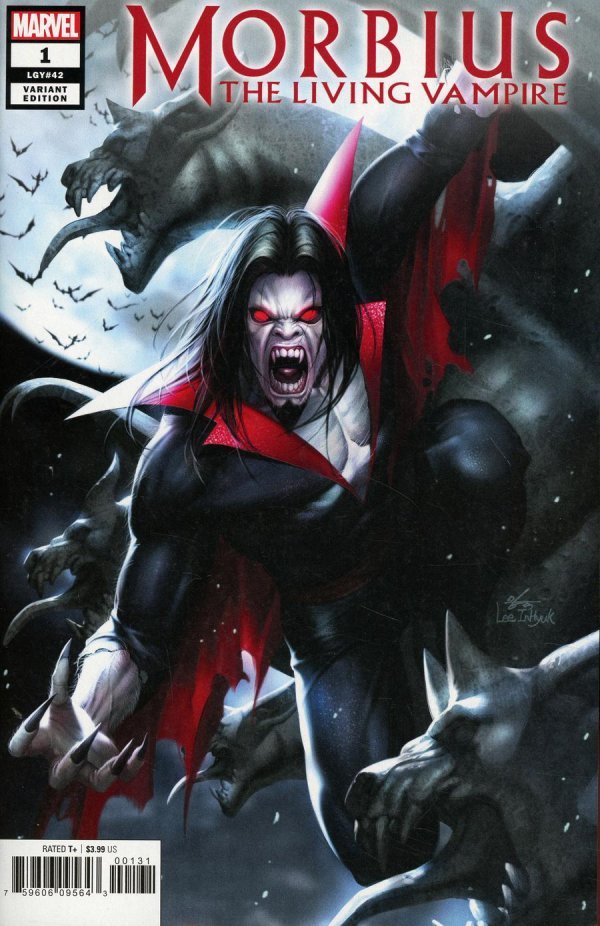 MORBIUS IS THE LIVING VAMPIRE…OR IS HE MORE? ALL-NEW ONGOING SERIES! For years, Nobel Prize winning biologist Michael Morbius has been struggling to cure himself of his vampirism, and now, for the first time in years, one may be within reach! But the path to it is littered with dangers and worse! 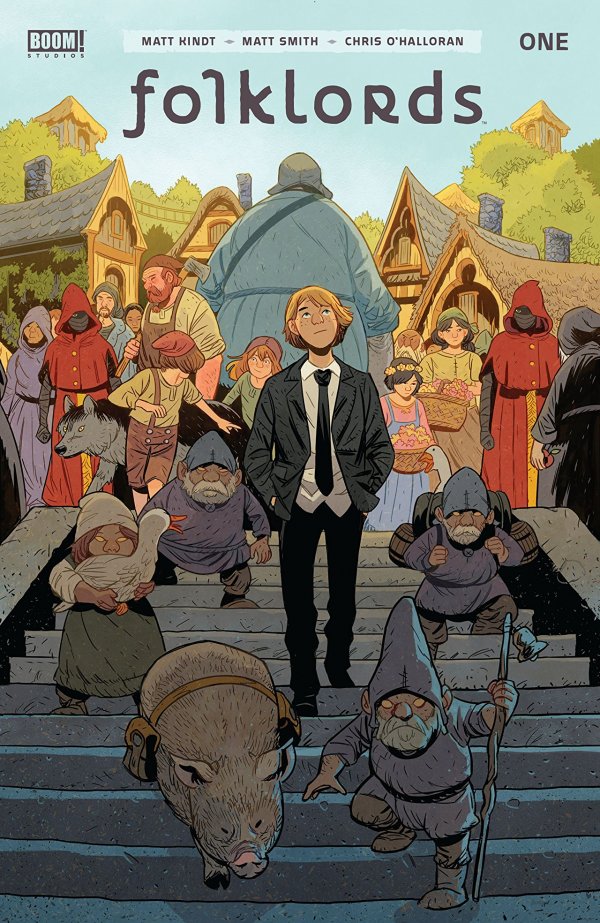 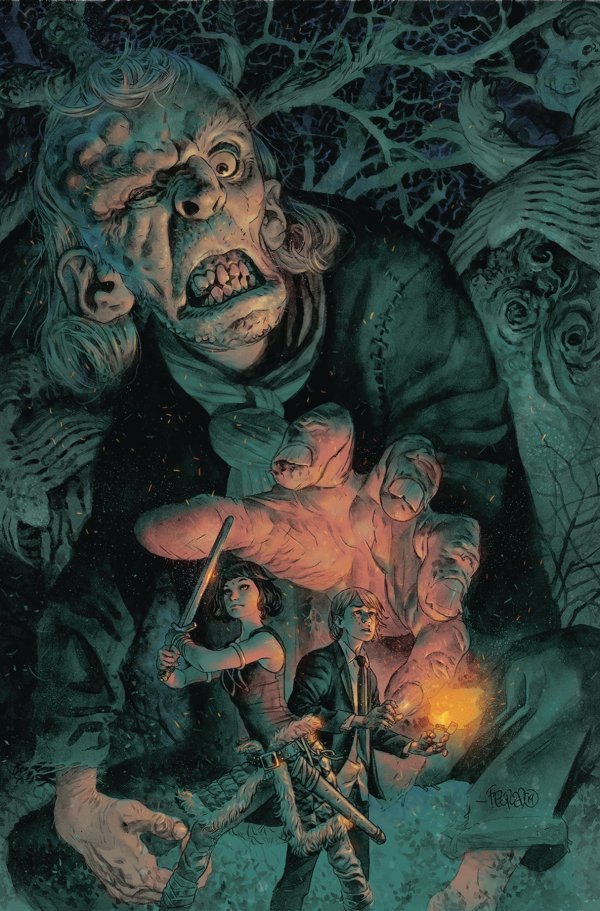 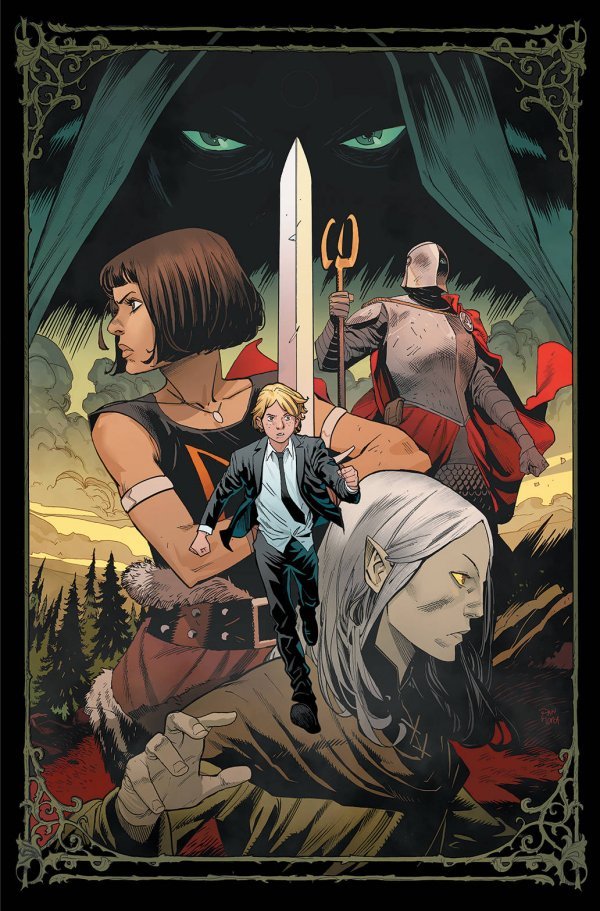 In a world of magic and monsters, Ansel is an outsider haunted by visions of well-pressed suits and modern technology. When it comes time for him to declare his Quest on his 16th birthday, Ansel decides to seek out a legend that is only spoken in hushed whispers—the Folklords—hoping they can explain his visions…but looking for the Folklords is expressly forbidden and going on a rogue quest is punishable by death. What will Ansel risk to find out about the world he has never truly belonged in? This book is yet another HOT, HOT, HOT book from Boom! Studios already confirmed 3rd printing on issue #1! 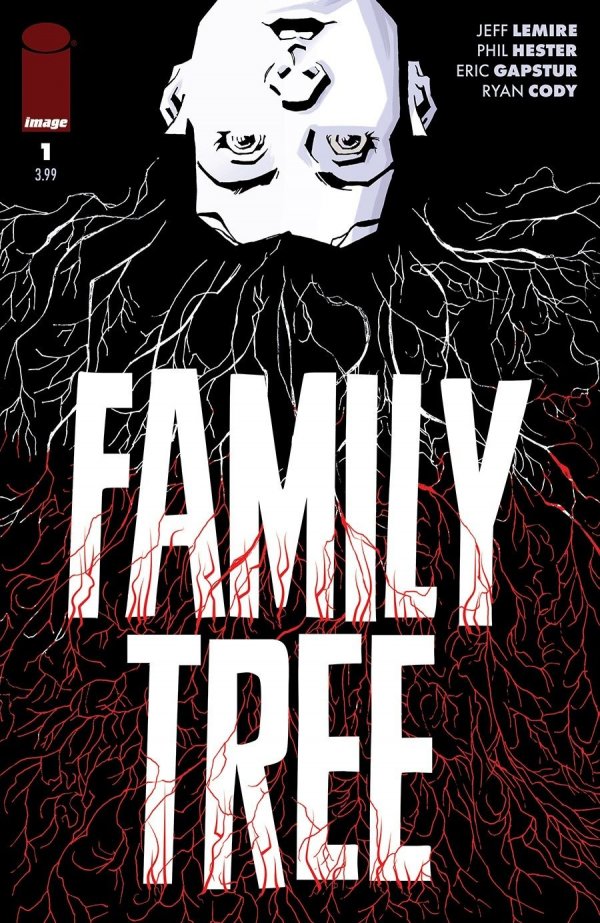 In The Family Tree, an eight-year-old girl literally begins to transform into a tree, her single mom, troubled brother, and possibly insane grandfather, embark on a bizarre and heart-wrenching odyssey across the back roads of America in a desperate search for a cure to her horrifying transformation—before it’s too late. 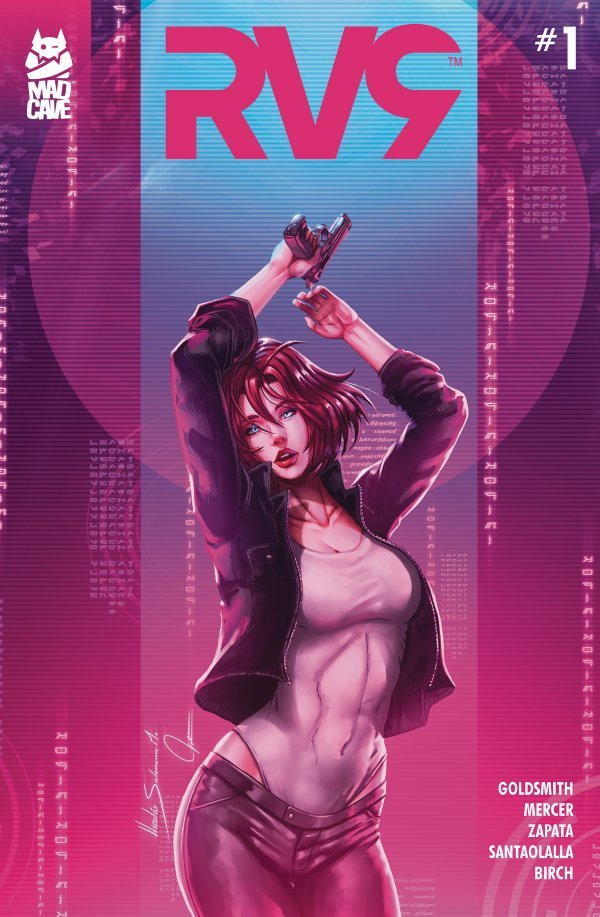 Former assassin Velveteen is on the run from the Order of the 9, the organization that took her from her family and forced her into a life where all she knows is secrecy, violence, and death. Now, after years of running, she is bringing the fight to them. With help from an American hacker, Jasper, and a rookie officer with an attitude, Inspector Pazzi, Velveteen will use everything she was taught by the Order of the 9 against them. 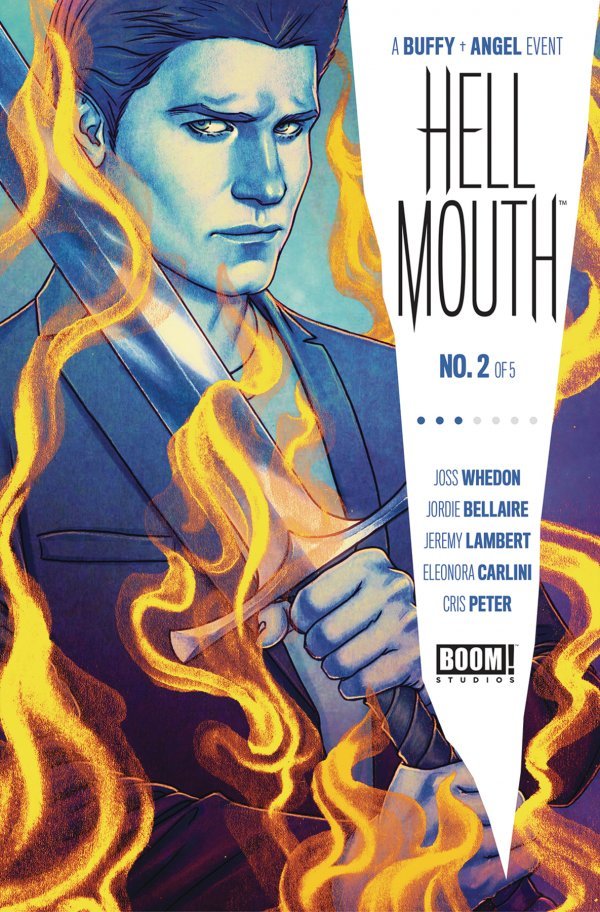 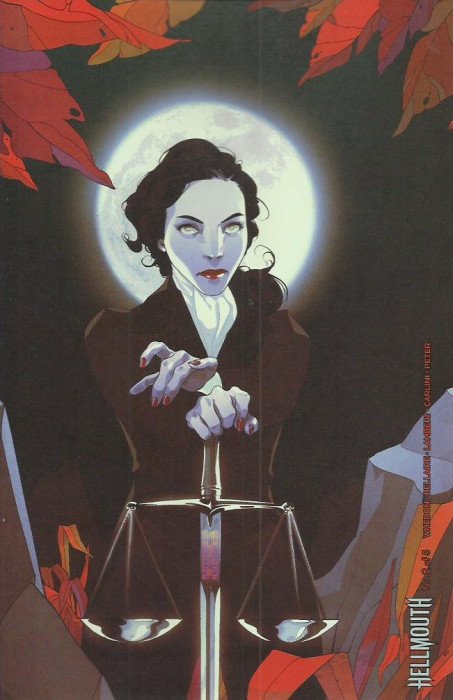 THE EVENT OF THE YEAR CONTINUES! Buffy and Angel must find a way to work together as the Hellmouth begins to open and evil spreads across Sunnydale. But can Angel keep his true identity a secret from Buffy, or will the Hellmouth force him to reveal the monster within?

There has been an abundance of Batman titles this year, but Batman’s Grave is a fantastic book. The phase one Dawn of X titles have done a great job of giving readers something different in each series. Positive praise for last week’s X-Force title surprisingly overshadowed Hickman’s New Mutants. Marvel doing a Morbius is expected with the upcoming film. Garth Ennis is on fire with the success of the show “The Boys” which may help his new Punisher title. Cannot say enough about Boom! Studios, they are the “IT” publisher for Indie comics today.