DC’s horror infused series continues along with six new 100-page Giant issues! Johnny Blaze is back and ready to take you on a ride to hell. Grendel Prime launches into the Devil’s Odyssey, will he be the savior or the destroyer? 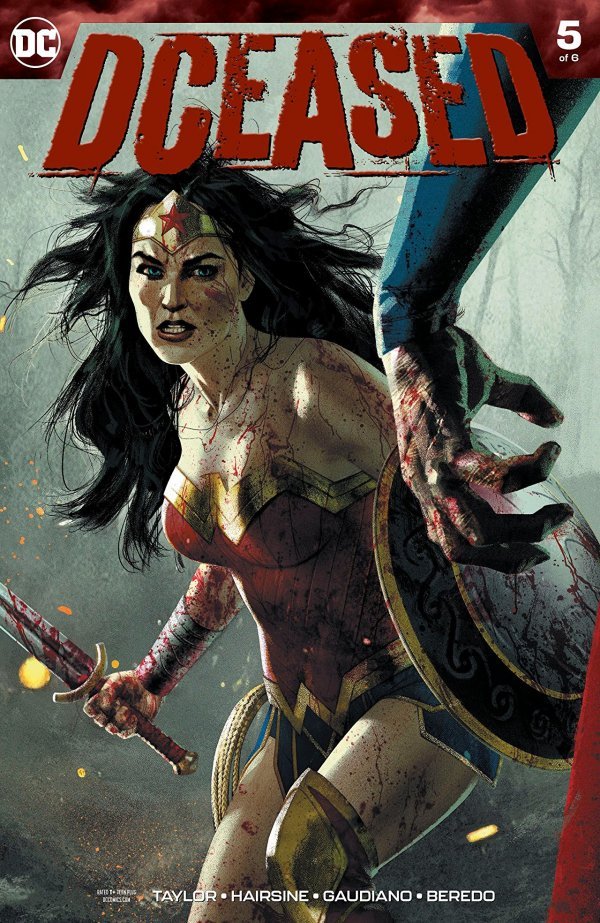 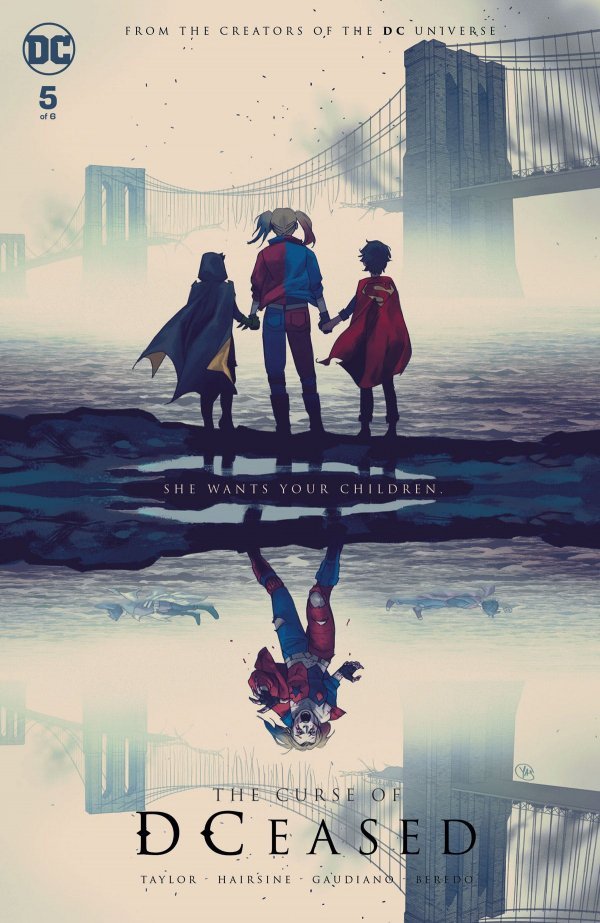 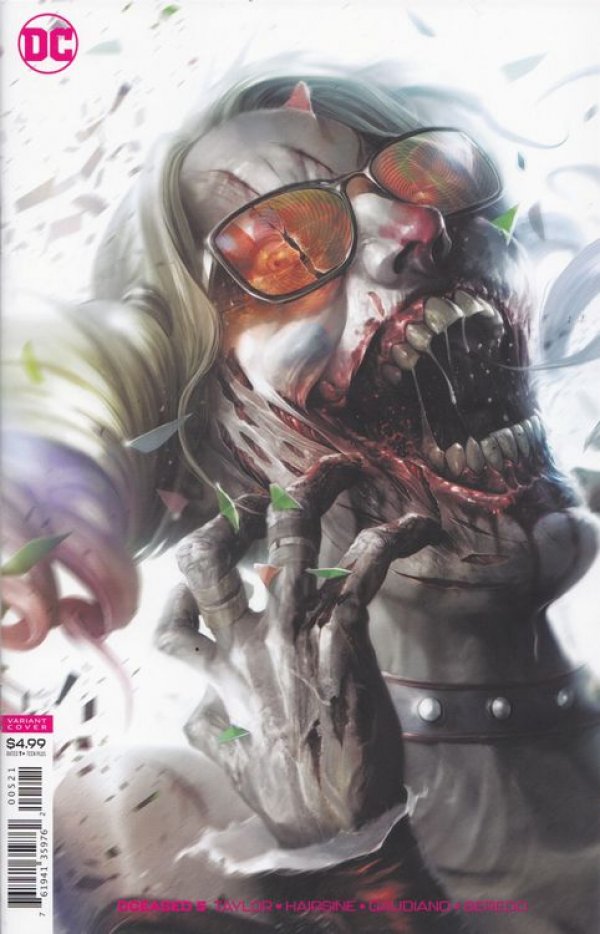 The world is dying at the hands of the infected, and the very survival of humanity is at stake. Facing extinction, Superman and the heroes will make a decision that will fundamentally alter Earth’s present…and future! 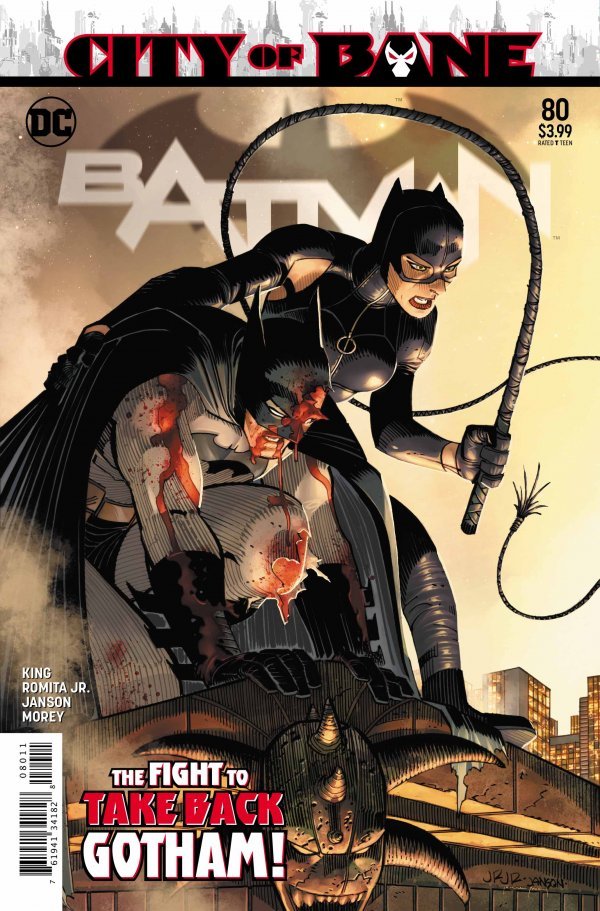 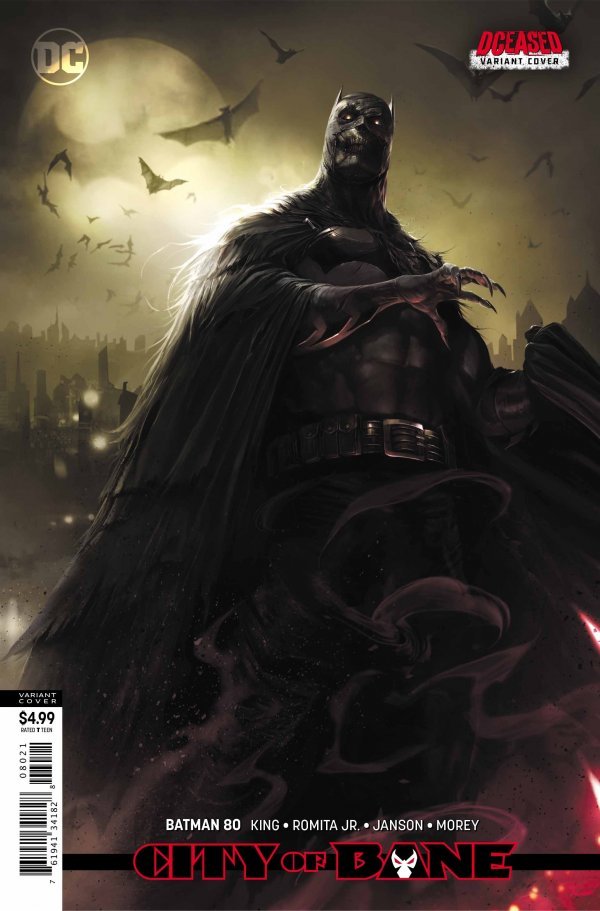 The bad guys thought they had it made with Bane in control, but with Batman back in Gotham they’ll be reminded what justice feels like…and how it hurts when it hits you in the face. With Catwoman at his side, the Caped Crusader is looking to take down Bane’s army and reclaim his city. But what happens when old allies like Gotham Girl also stand in his way? The legendary art team of John Romita Jr. and Klaus Janson join BATMAN for two action-packed issues that will rock Gotham City to its foundation. 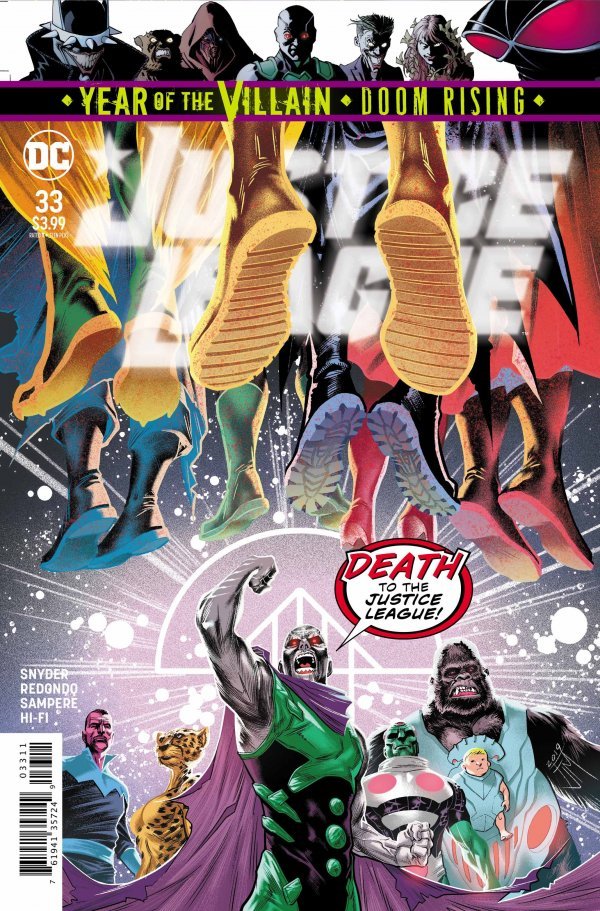 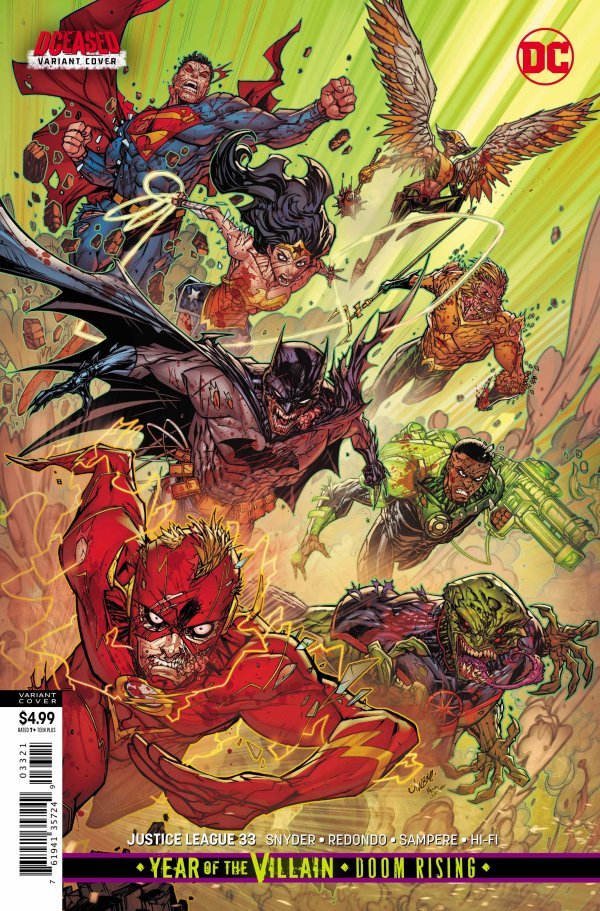 “The Justice Doom War” part four! Apex Lex Luthor is in ascendance, and he’s taking out the remaining members of the Justice League in the present just as his Legion of Doom is beating down the time-traveling heroes in both the past and the future. Batman, Superman and the rest of our heroes may have just figured out how Kamandi’s timeline works when terrible Hypertime quakes rattle their existence, threatening to strand them far from their own time. Meanwhile, the Flash, Green Lantern and the Justice Society take another leap through time, heading for…ancient Atlantis? 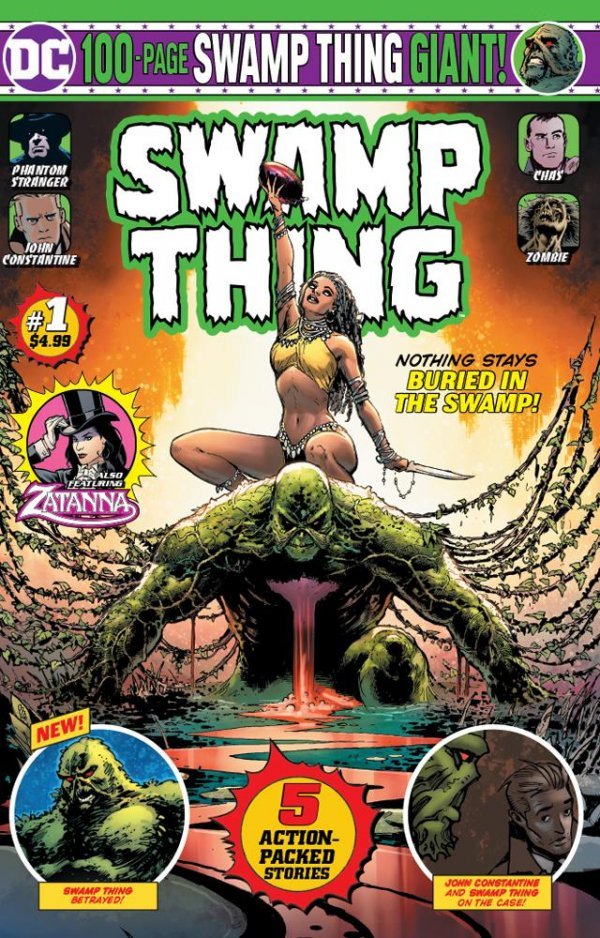 This issue includes two new stories:  “The Beet Goes On” and “Kind.”

Plus, these reprint tales:  “The Dead Don’t Sleep,” from Swamp Thing #1; “The Poison Truth Part One,” from John Constantine, The Hellblazer #1; “EveileB Ni Cigam,” from Zatanna #1 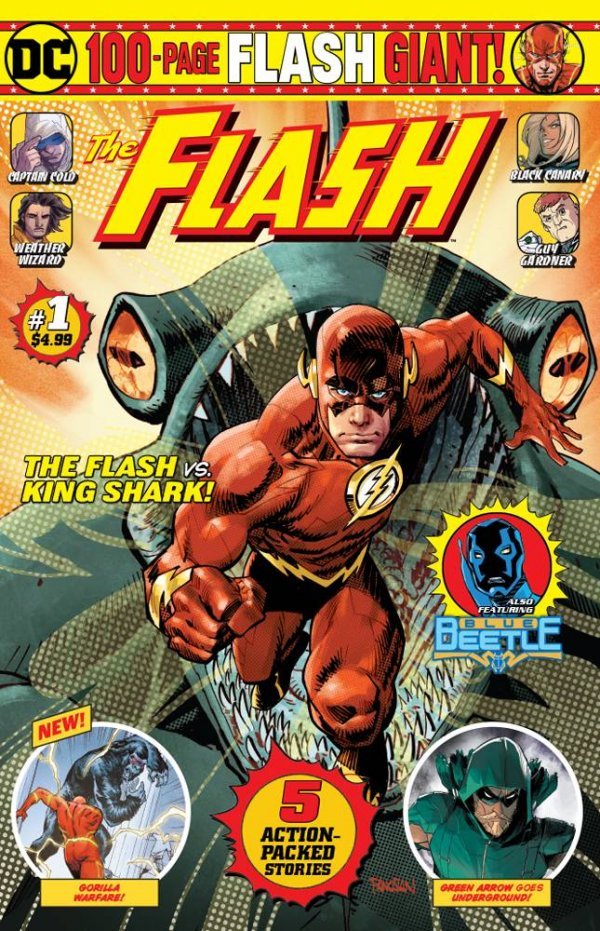 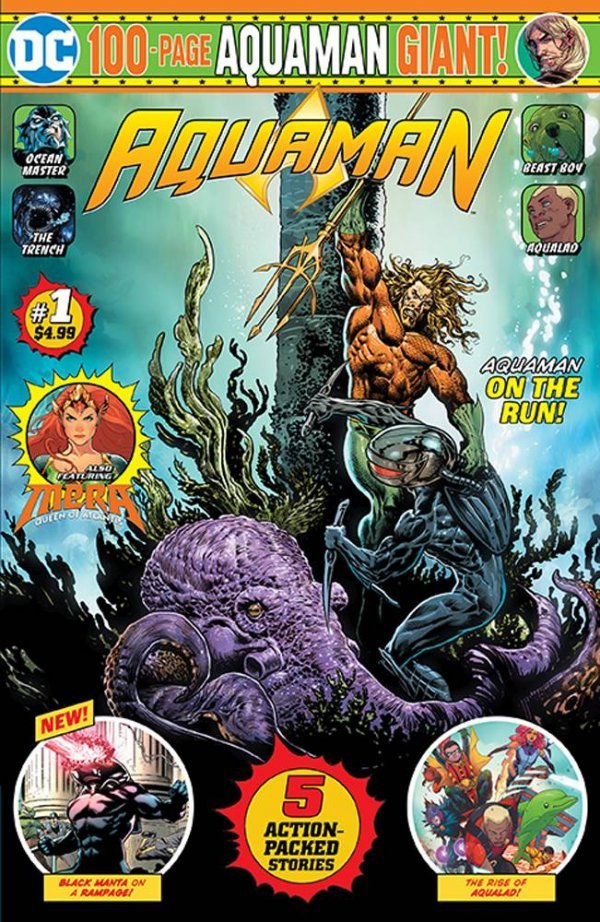 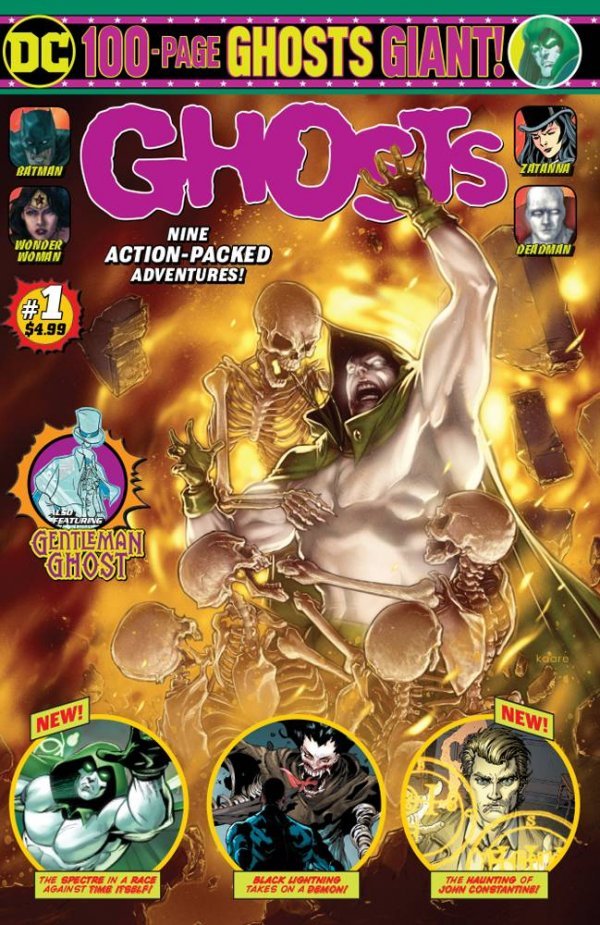 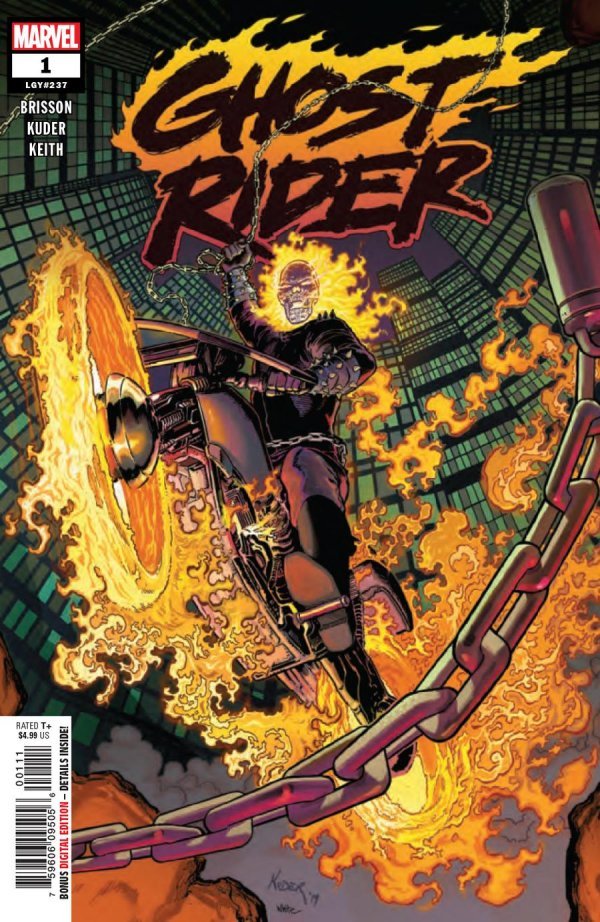 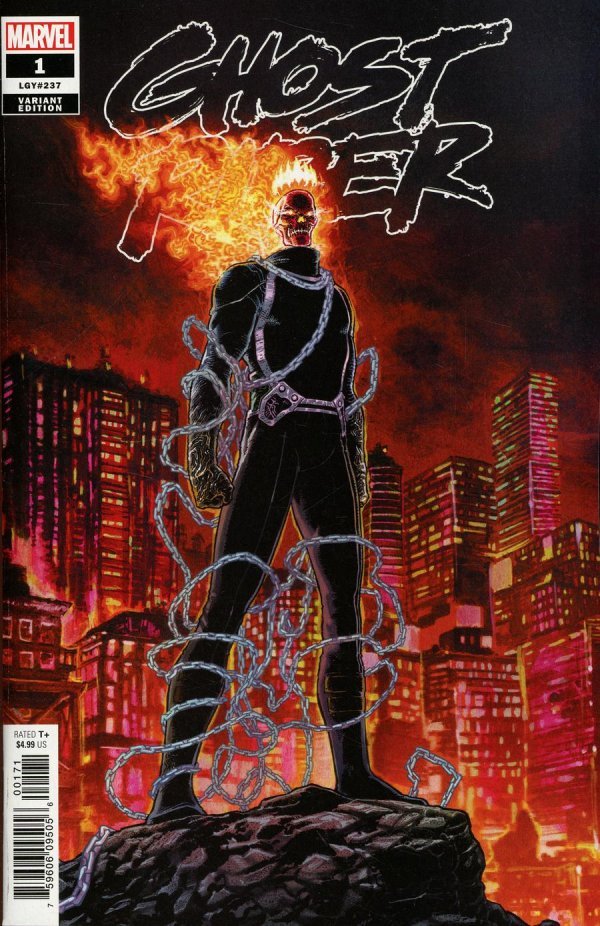 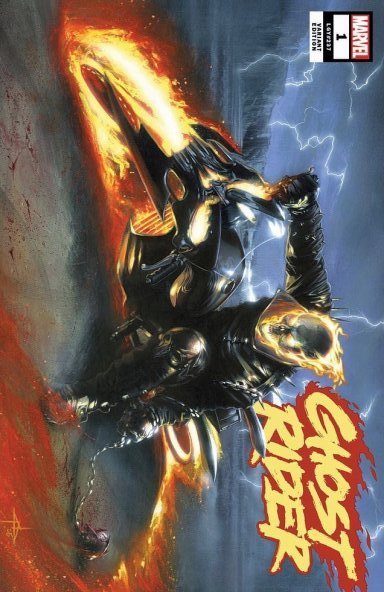 ALL HELLS BREAK LOOSE! The Brothers Ghost Rider are back! Johnny Blaze ain’t just the king of Hell — he’s the warden too. He’s the first line of defense between the demonic hordes trying to escape the joint and the lords of other hells making a play for his throne and all the power that comes with it – including a certain evil queen from his past! Meanwhile, Danny Ketch never wanted to be a Ghost Rider. Now that his brother’s in charge downstairs, Ketch must take on the duty of Earth’s Spirit of Vengeance full-time — no matter how much he’d rather be doing anything else… Superstar creative team ED BRISSON (EXTERMINATION) and AARON KUDER (GUARDIANS OF THE GALAXY) redefine the Marvel Universe’s supernatural underbelly for a brutal new era! PLUS: the first installment of the Caretaker Chronicles! Forget everything you thought you knew!

Also from Ed Brisson this week is CONTAGION #1. 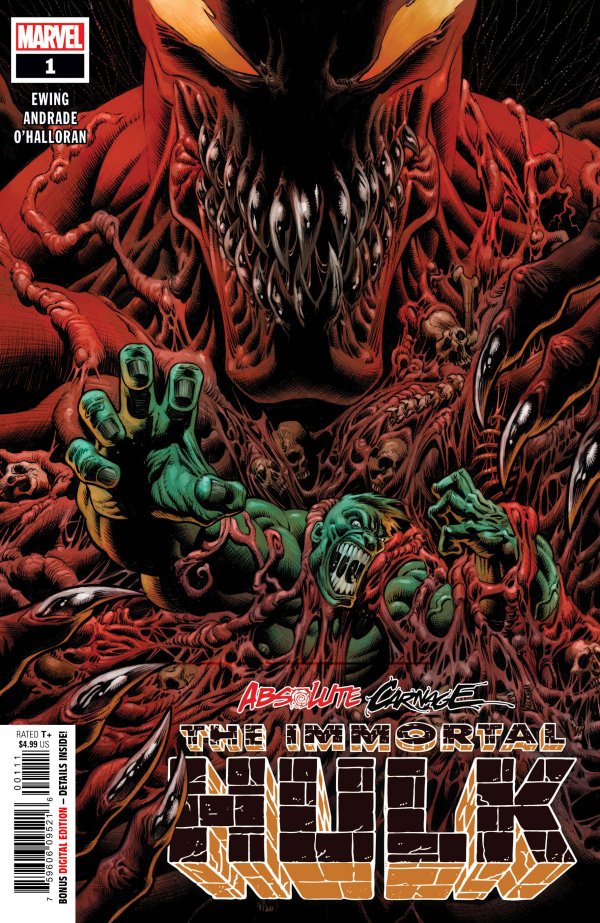 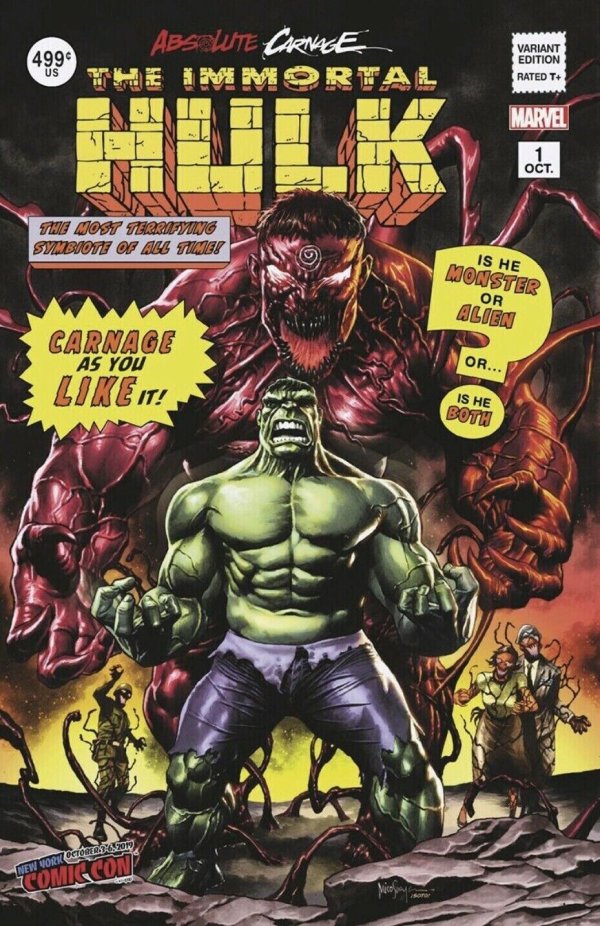 Before his untimely death, Thaddeus “Thunderbolt” Ross was the Red Hulk and, for a time, bonded to the Venom symbiote alongside Alejandra Jones and Laura Kinney. Now, Ross’ corpse has been unearthed, though why and by whom remain shrouded in mystery. With the gamma material in Ross’ body possibly in nefarious hands, that’s just what Bruce Banner intends to find out – one way or another! 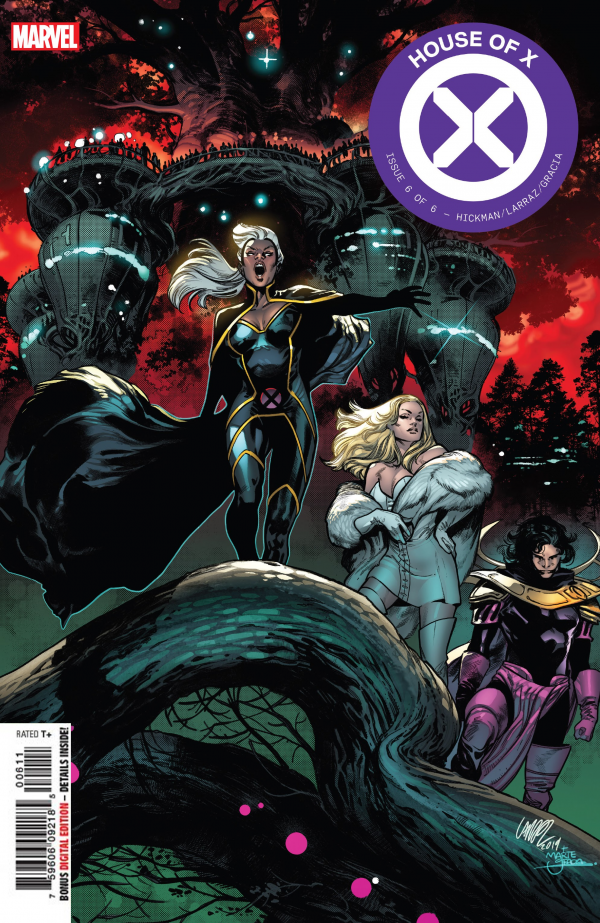 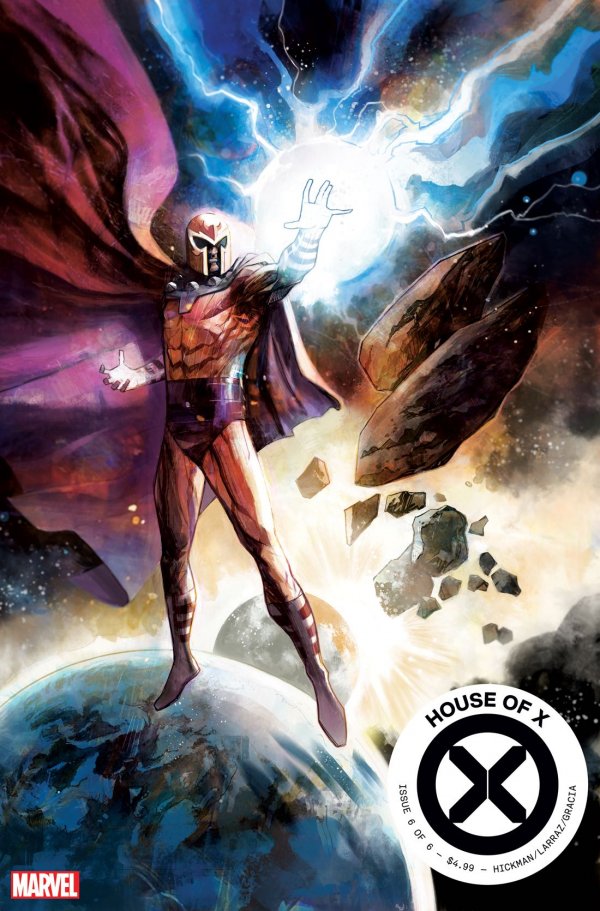 THE INEVITABLE TRUTH. The revelatory tale of Mutantkind’s fall comes to a conclusion that will lay the groundwork of the X-Men’s stories for years to come! Superstar writer Johnathan Hickman (NEW AVENGERS, FF, INFINITY) and rising star artist R.B. SILVA (UNCANNY X-MEN) wrap the series that reveals everything! 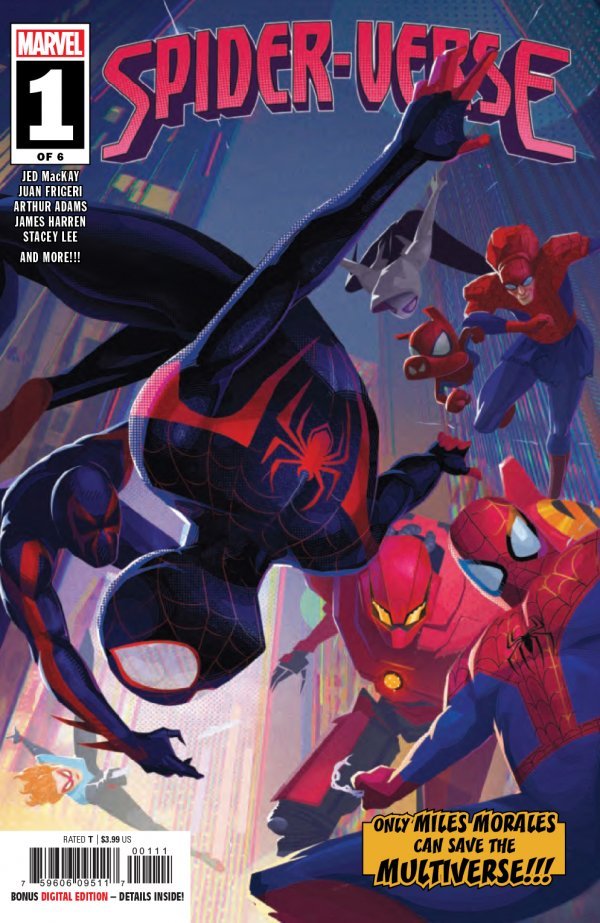 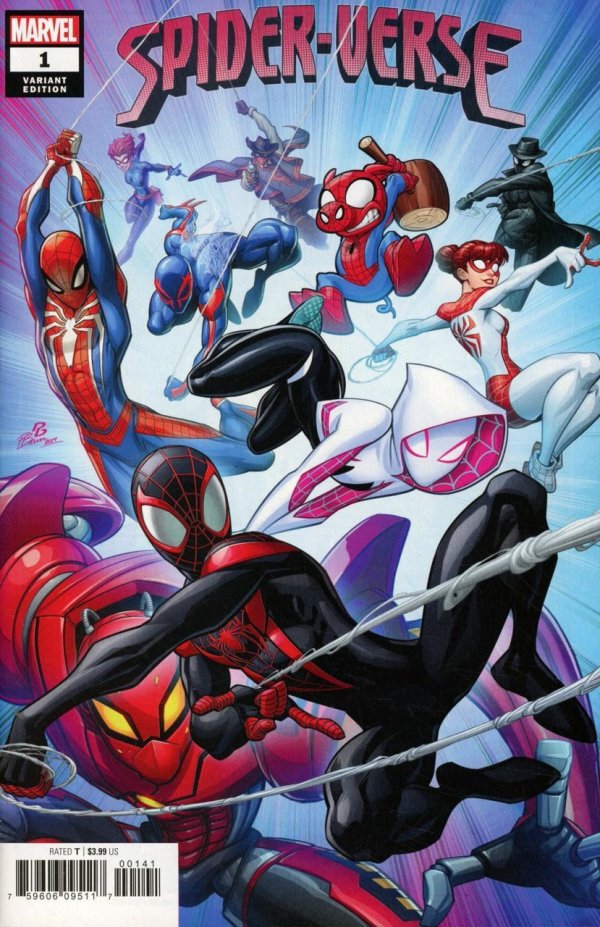 Miles Morales finally feels like he GETS this Spider-Man stuff… and then falls through a portal! But isn’t the WEB OF LIFE & DESTINY destroyed? Maybe not, True Believer. But who spun this new web? Regardless, Miles finds himself at the center of a multiversal adventure that will feature a who’s who of creators and characters as the series spins forward! And with a main cover by INTO THE SPIDER-VERSE character designer WENDELL DALIT!!! And each issue features #SPIDERSONAS from some of the biggest Spidey fans and comic creators both! 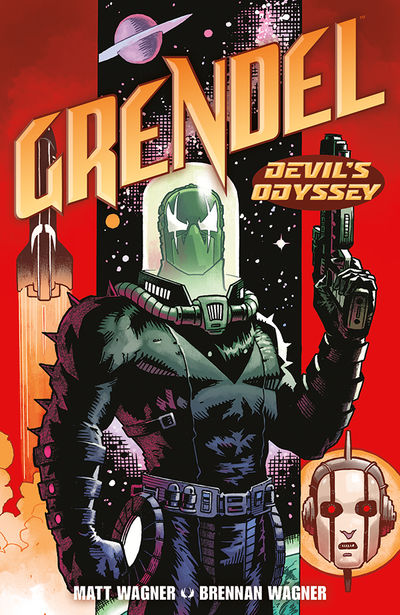 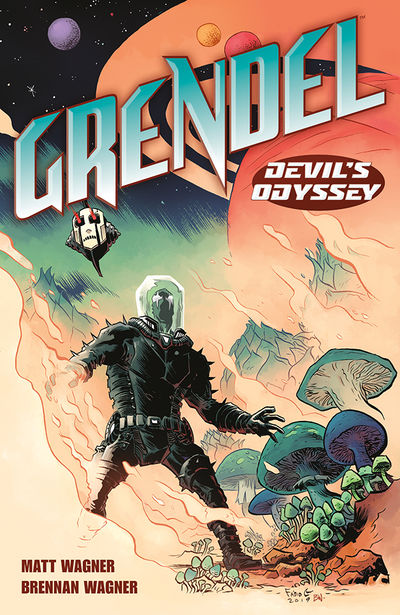 Grendel Prime searches the stars for a new home for mankind, and Matt Wagner returns to his darkest creation! As civilization comes to an end on Earth, the final Grendel Khan gives Grendel Prime a new directive: Find a perfect planet to be the new home for the human race. But will the deadly and relentless paladin ultimately save humanity… or destroy it? * Grendel Prime continues the legacy in a space adventure! Sci-fi, fantasy, and horror combine.

Featured above are the Torpedo Comics exclusive variant covers available to order here. Be sure to visit the shop on 10/26 for a signing by Matt Wagner himself! 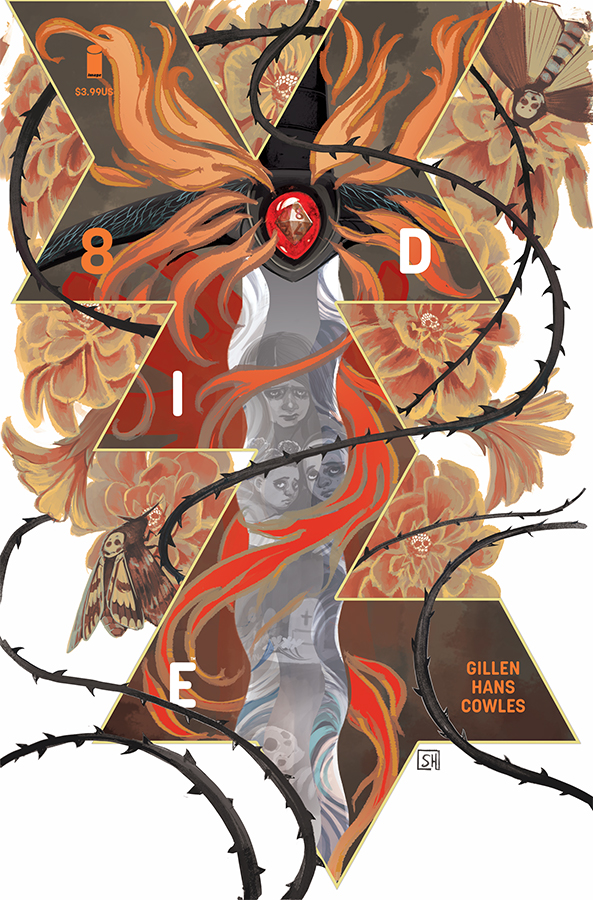 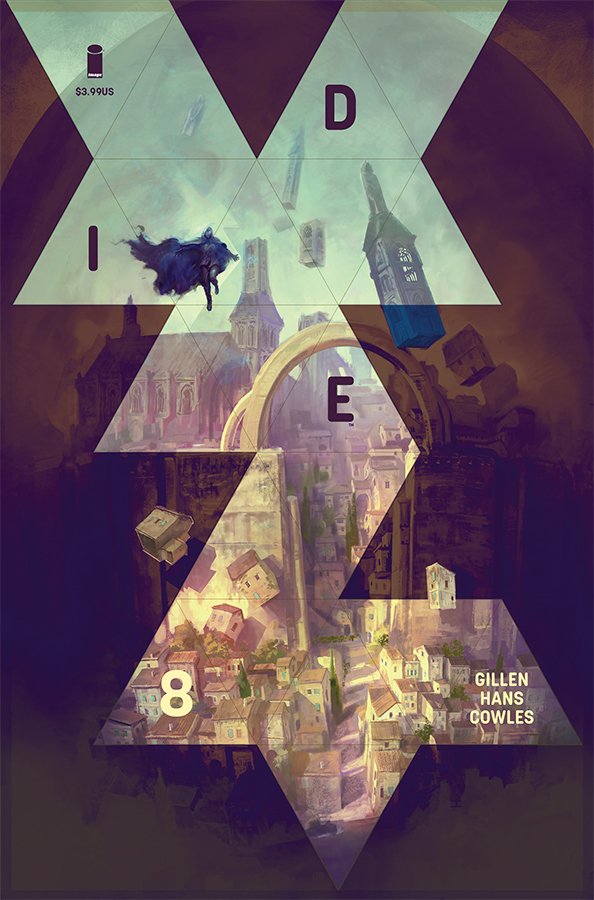 “SPLIT THE PARTY,” Part Three. The endless social whirl of the popular unpopular kids in Angria threatens to ensnare the party. Mistakes have grown in their absence. Have our heroes? 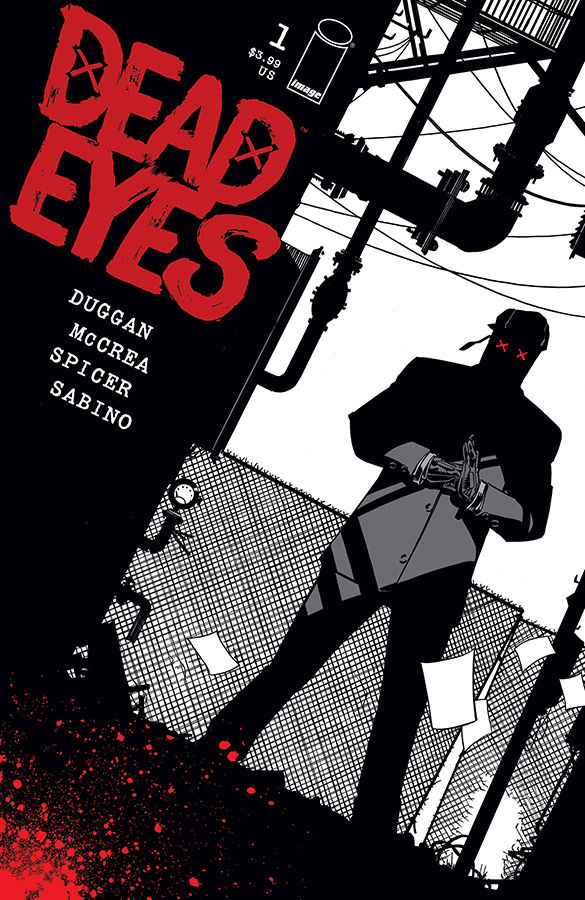 Set in the 1990s, “Dead Eyes” was a prolific stick-up man and hoodlum in Boston until he took down one last big score and disappeared. Nobody ever discovered the truth. He retired to be with the love of his life, but now he’s back in the mask to save her. No one—not his wife, the mafia, or the cops—is happy that he’s out of retirement. 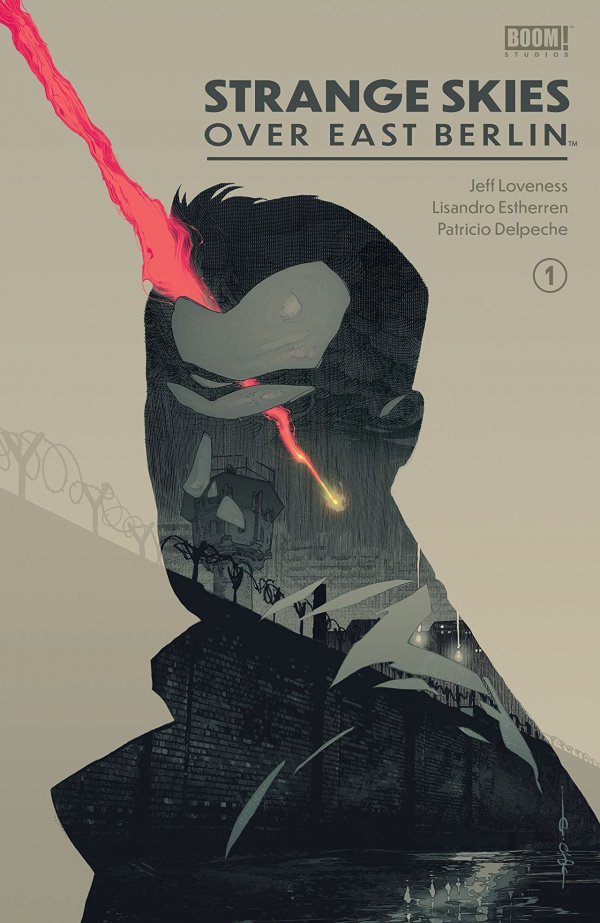 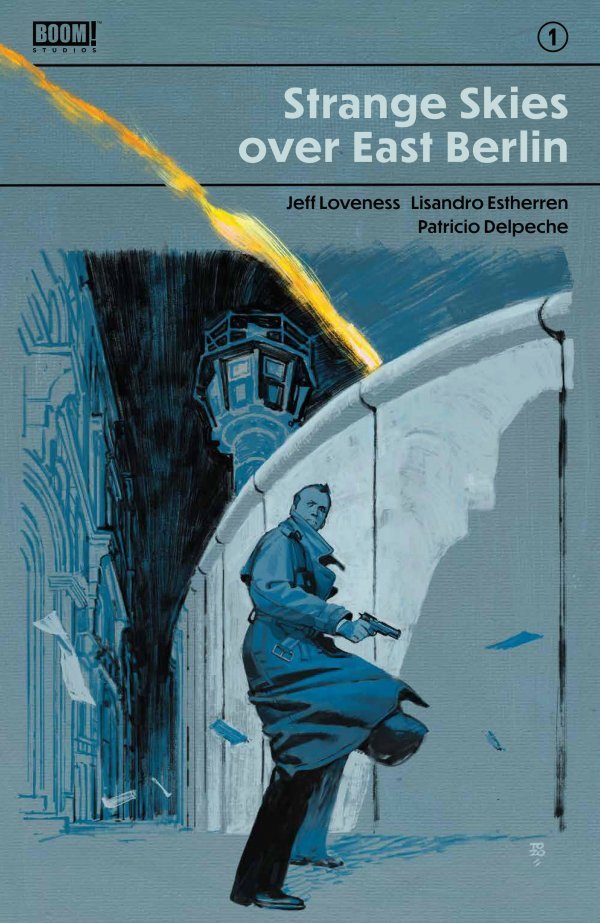 MANKIND MADE IT TO SPACE. AND NOW SPACE HAS FOLLOWED THEM BACK. Herring is a disillusioned American spy stationed on the eastern side of the Berlin Wall, struggling with his role in a Cold War that seems to have no end. But when he’s sent on a mission behind enemy lines to infiltrate East German intelligence, he soon learns the Soviets have a secret weapon that could change the tides of the conflict: an alien monster that they don’t understand, and can’t control. The Soviets are about to learn that they’re not in charge of the monster it’s already in their minds and has twisted them to their will. Now Herring must find a way to understand the impossible before it transforms him into a monster unlike any other. Writer Jeff Loveness ( Judas ) and Lisandro Estherren ( Redneck ) team up for a story in the spirit of Cold War classics, for fans of period piece science fiction as well as alien action such as Barrier.

Some of the massive stories from this year continue to build to their climax! As any comic fan knows, the stories will continue and looking forward there is so much to be excited about. Getting out to your local comic shop and sharing that excitement with the community is what makes comics truly unique. Support those shops, keep those discussions alive, and keep reading because the content is coming in hot and heavy!