SOMETHING IS KILLING THE CHILDREN #2 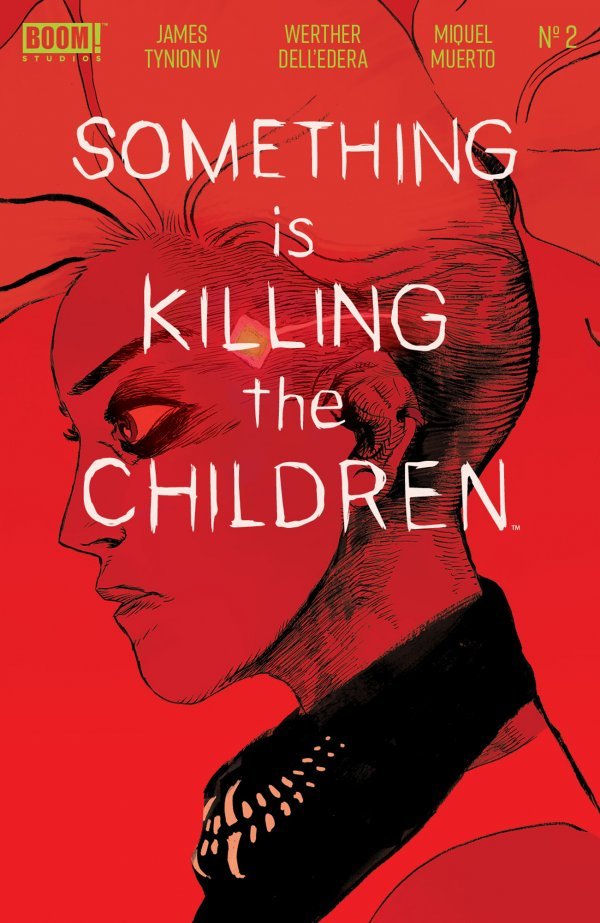 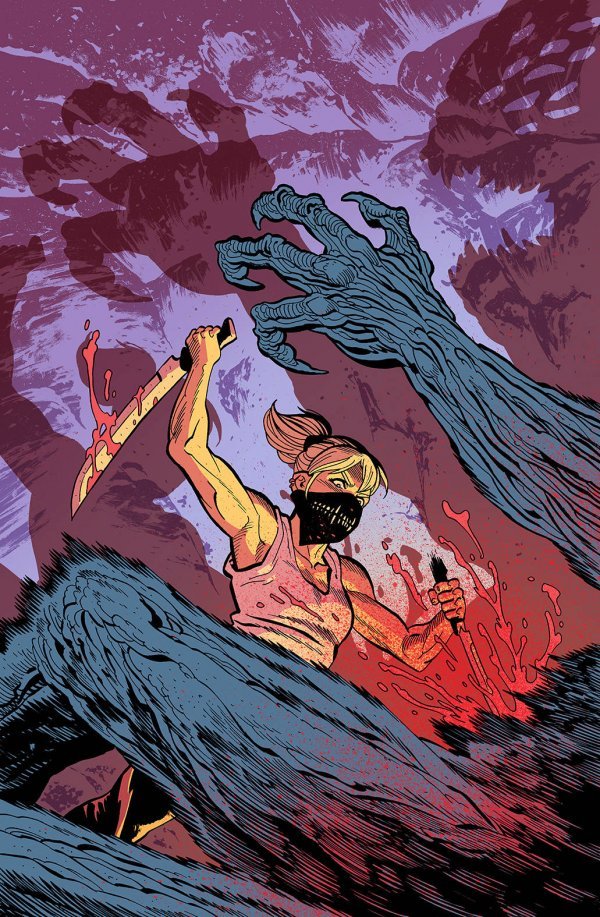 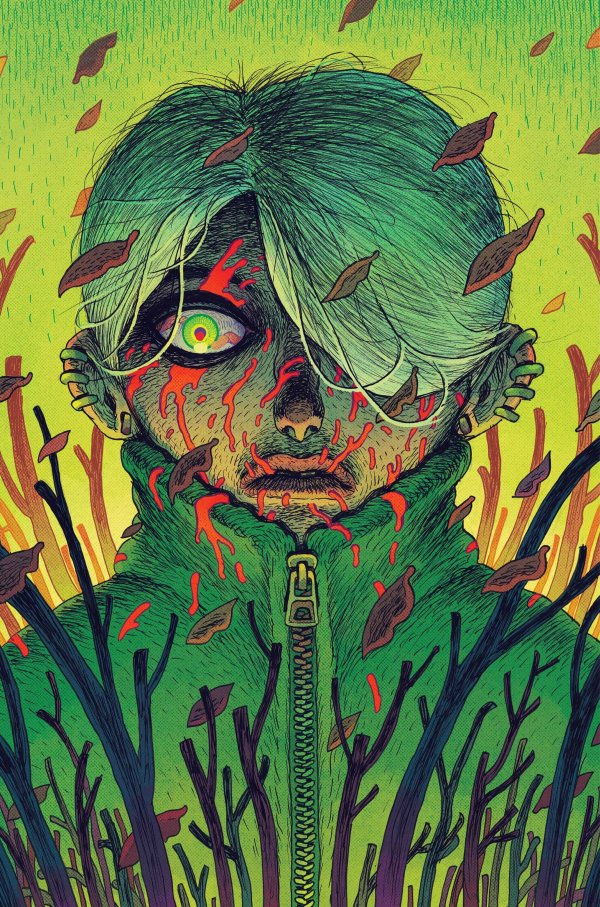 Children are dying in the town of Archer’s Peak and the ones who survive bring back terrible stories. A strange woman named Erica Slaughter has appeared and says she fights these monsters behind the murders, but that can’t possibly be true. Monsters aren’t real… are they? 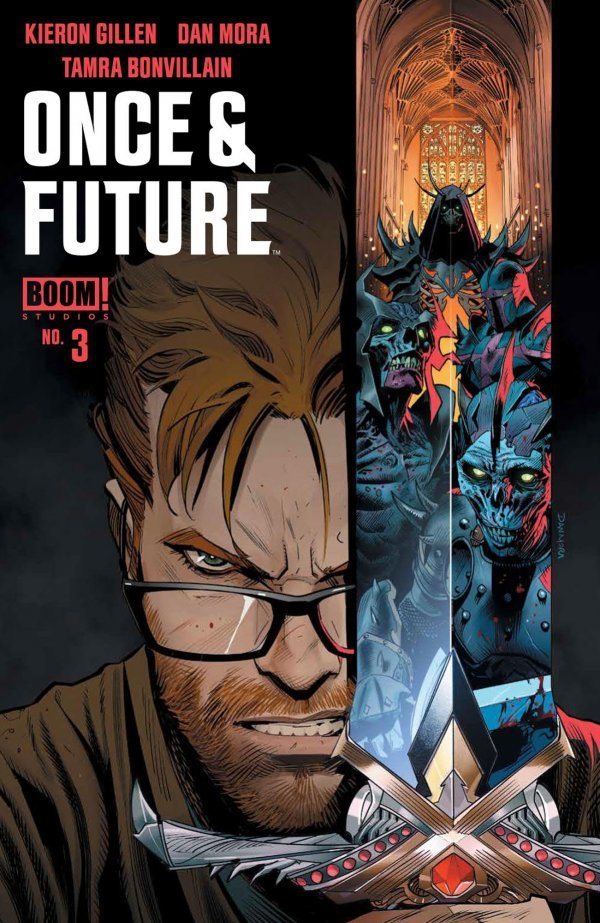 Gran and Duncan are in a race against time to get back to the Otherworld. The sword in the stone awaits, and he who pulls the sword from the stone becomes King. 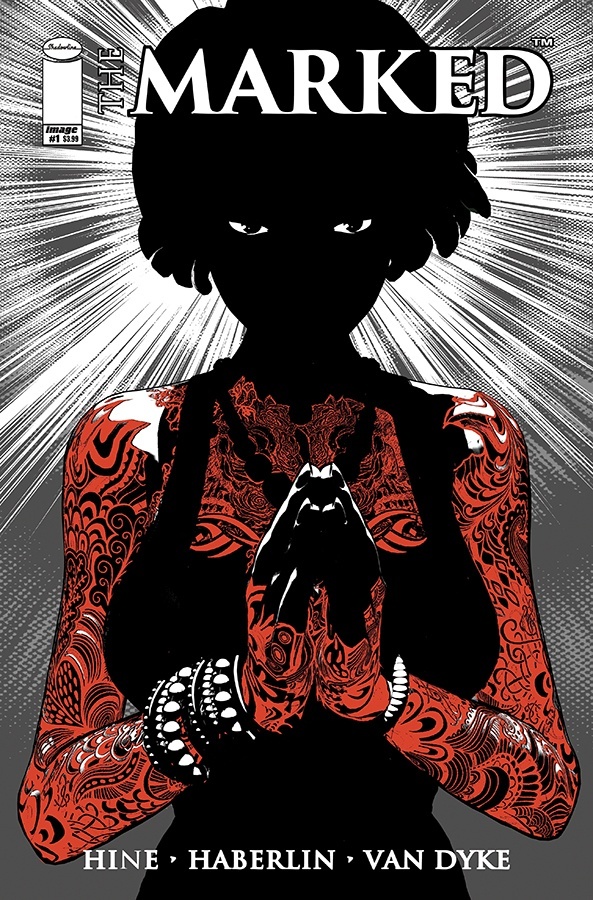 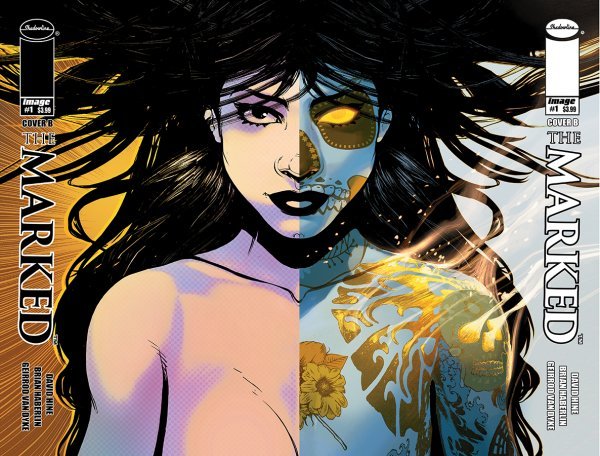 DOUBLE-SIZED FOR SINGLE PRICE! THEIR MAGIC IS CHANNELED THROUGH THEIR TATTOOS! The Marked may look like cool young influencers, but beneath the designer clothes, their bodies are tattooed with the magical glyphs of an ancient order that secretly protects the world against evil forces. With no new occult threats, The Marked use their tattooed powers solely for the pursuit of pleasure until a young woman called Liza creates a dangerous new form of Hybrid Sorcery. The party is over for The Marked. You’ll believe in magic—terrifying, soul-destroying magic. 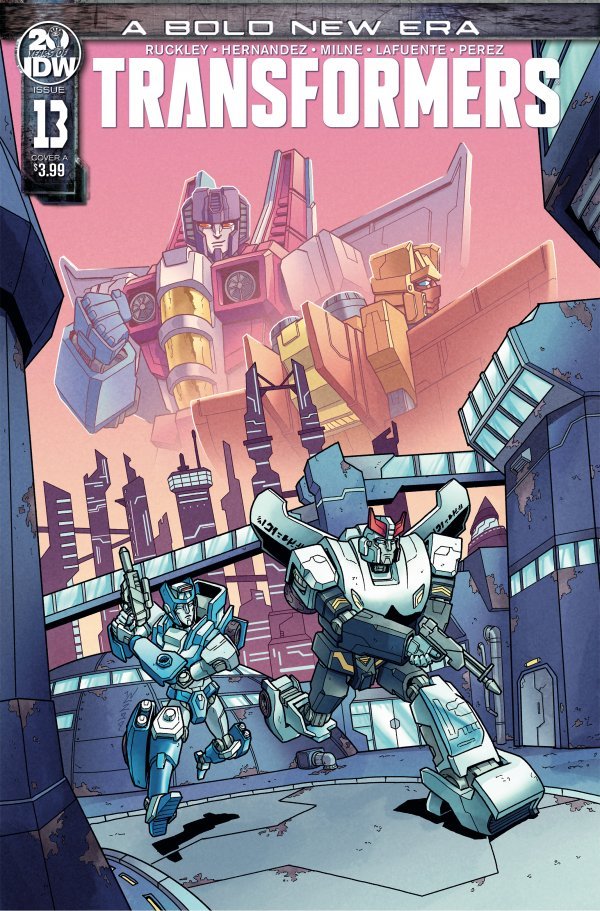 The hunt is on! Chromia and Prowl launch a massive security operation, desperately trying to track down two murderers. Bumblebee visits an injured Windblade, Orion Pax, Sentinel Prime, and Megatron wrestle for control and influence-and nobody knows whose side (if anyone’s) Termagax and Starscream are on in all of this! Now shipping monthly! A new arc begins here! When things get bad, can Security Operations tell who is friend and who is foe? The bold new era continues! Cybertron’s fate hangs in the balance as Transformers begins a new story arc! 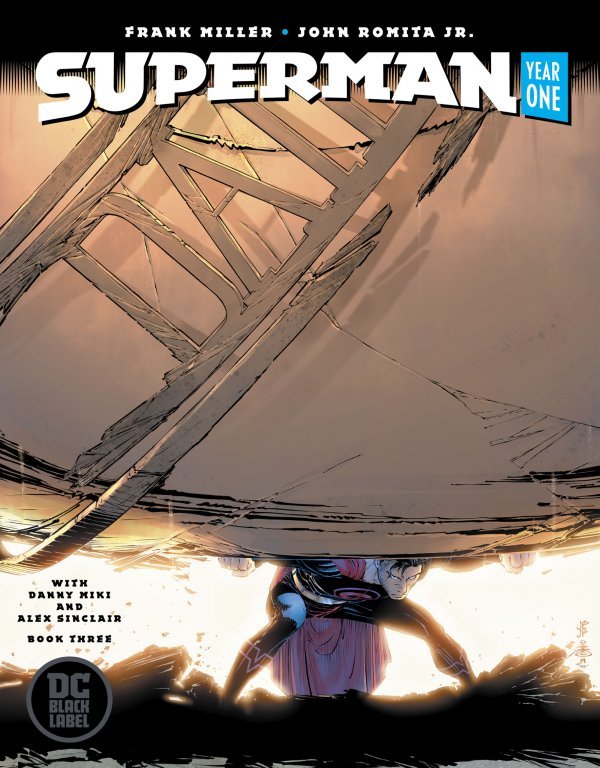 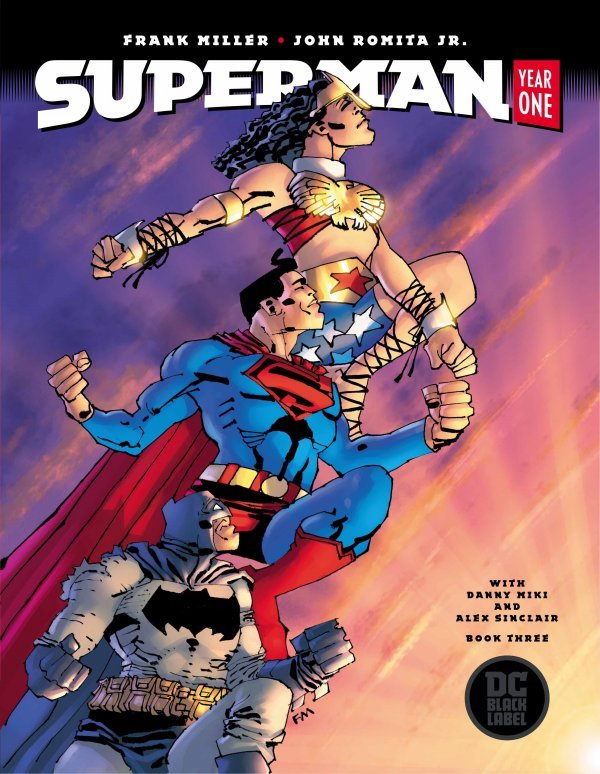 It’s the jaw-dropping conclusion to Frank Miller and John Romita Jr.’s blockbuster reimagining of Superman’s origin! In this final chapter, Clark Kent arrives in Metropolis, the city where he will fulfill his heroic destiny. Witness the first meeting between Superman and Lois Lane, the beginnings of Clark Kent’s career at the Daily Planet, and the birth of his rivalry with Lex Luthor. But when The Joker arrives on the scene, the Man of Steel must enlist the help of his two strange new friends: Wonder Woman and Batman! 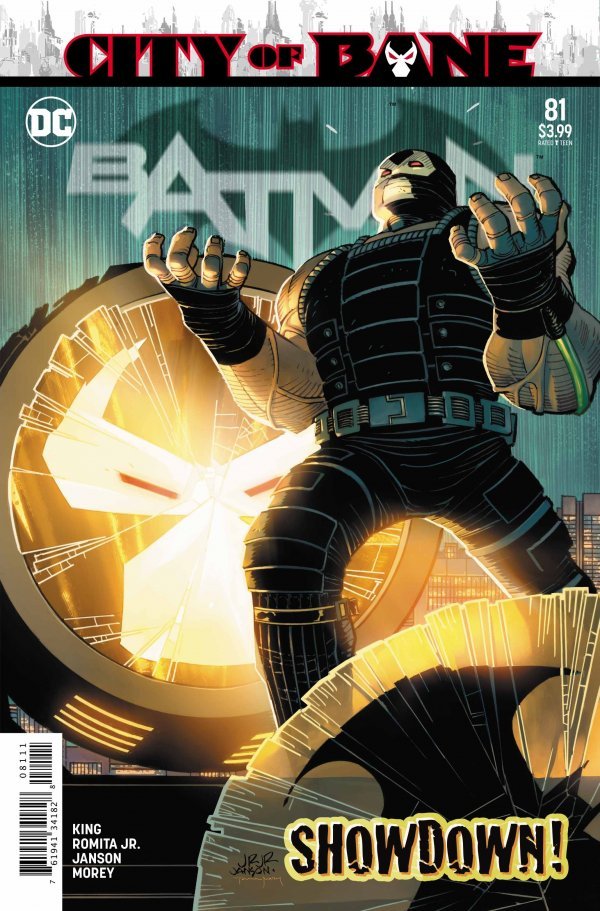 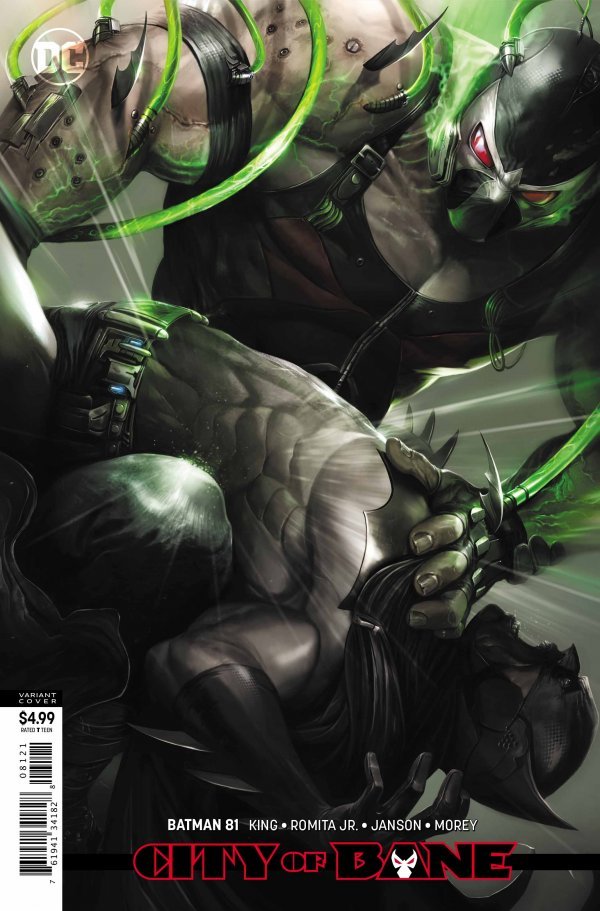 It’s time for the big showdown. Batman is calling Bane out. But is the Dark Knight Detective ready to take on the foe who broke him worse than any other that came before? And what else stands in Batman’s way, to put an obstacle between him and his enemy? Tread lightly, Batman, because not only do the lives of your son and trusted friends hang in the balance, but your entire home could collapse on top of you! 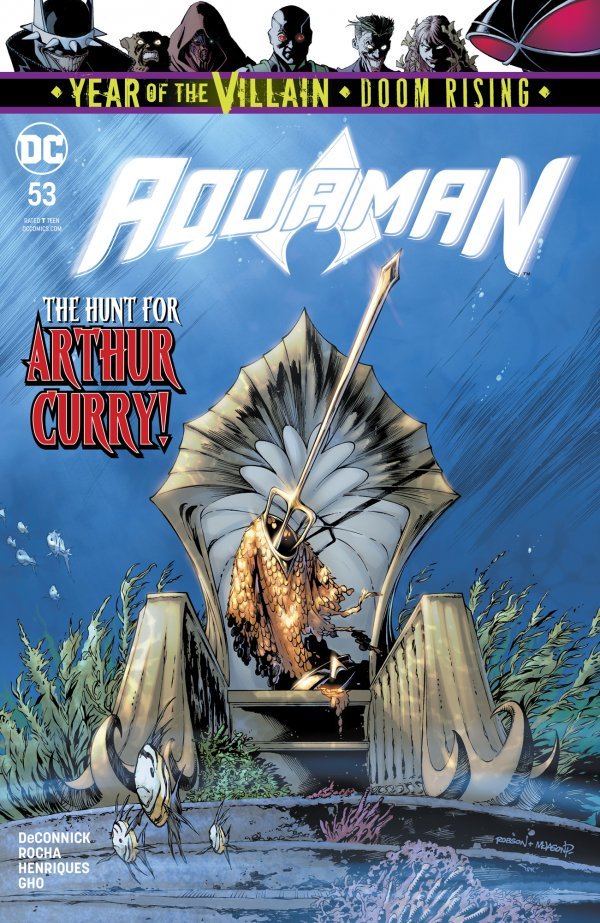 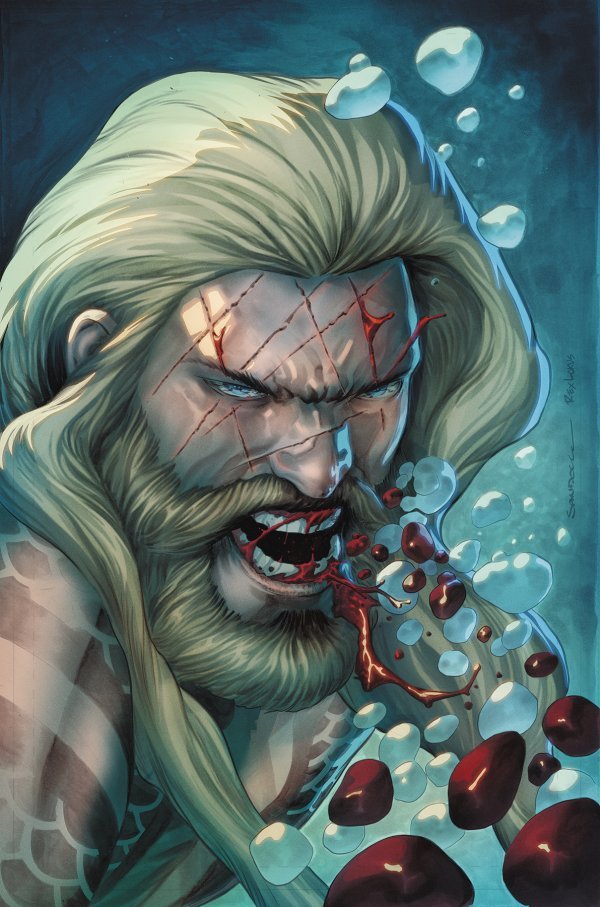 It’s the reunion everyone will be talking about as Aquaman and Mera finally come face to face! Meanwhile, Aqualad and the Old Gods put the murder charges to rest when the true culprit is revealed…and Black Manta makes his move on Aquaman! 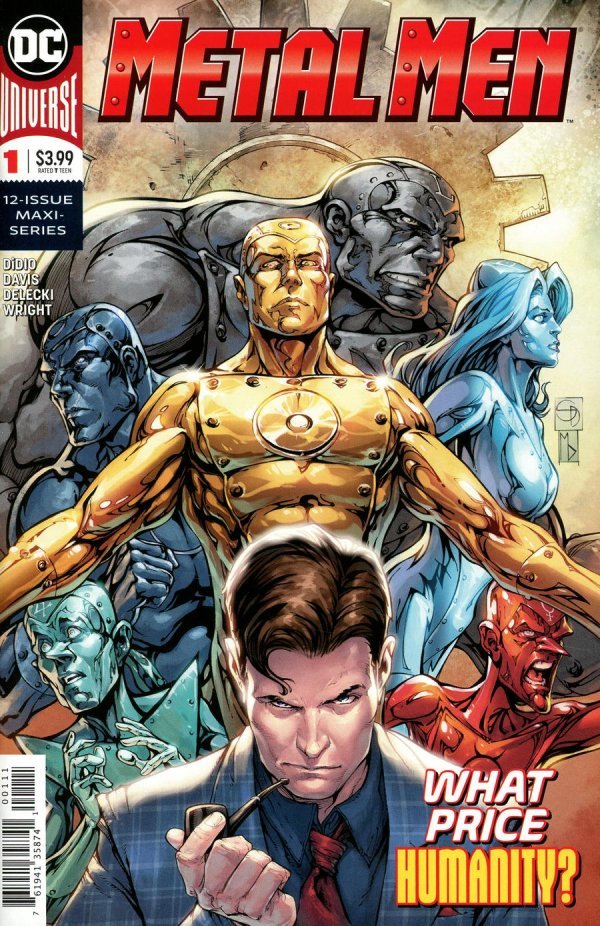 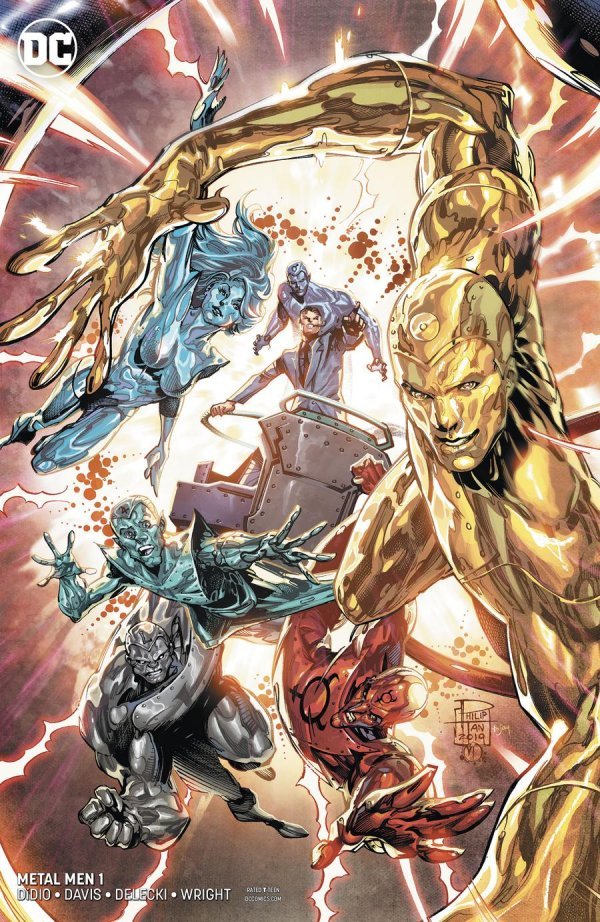 The Metal Men are back! And back and back and back again, as we take a deep look into Doc Magnus’ lab as he experiments with what it means to be sentient. Meanwhile, a mysterious liquid Nth metal has appeared in the science site at Challengers Mountain that appears to have come through from the Dark Multiverse… 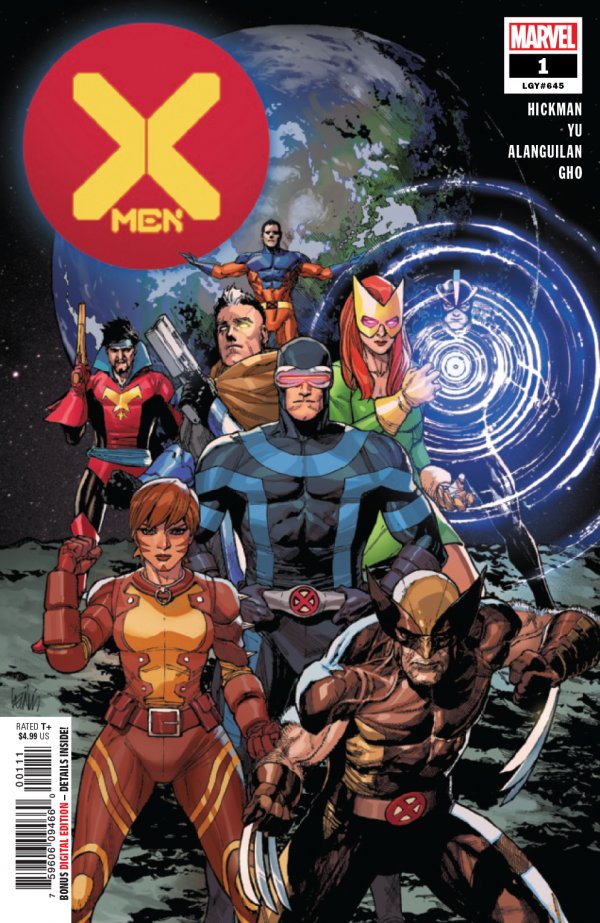 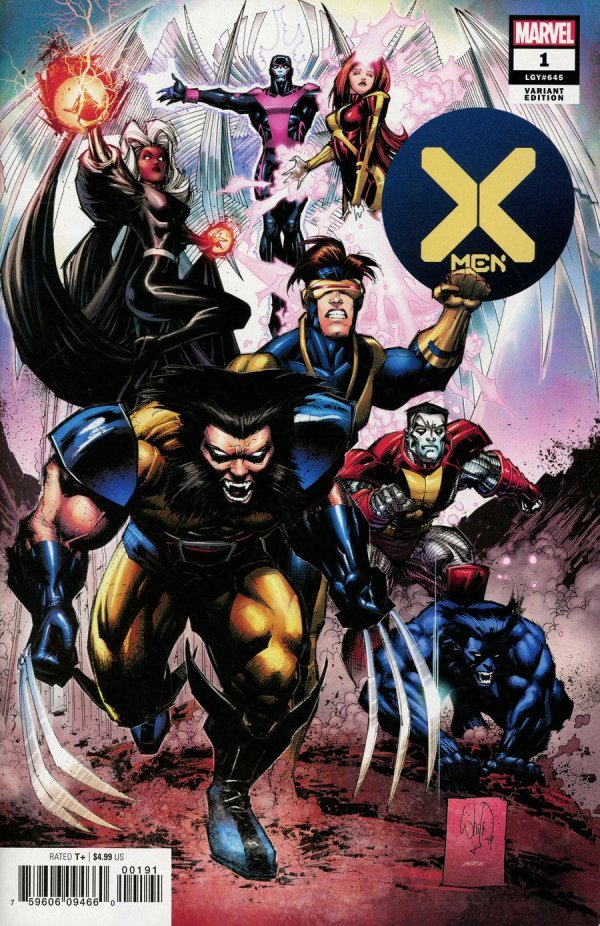 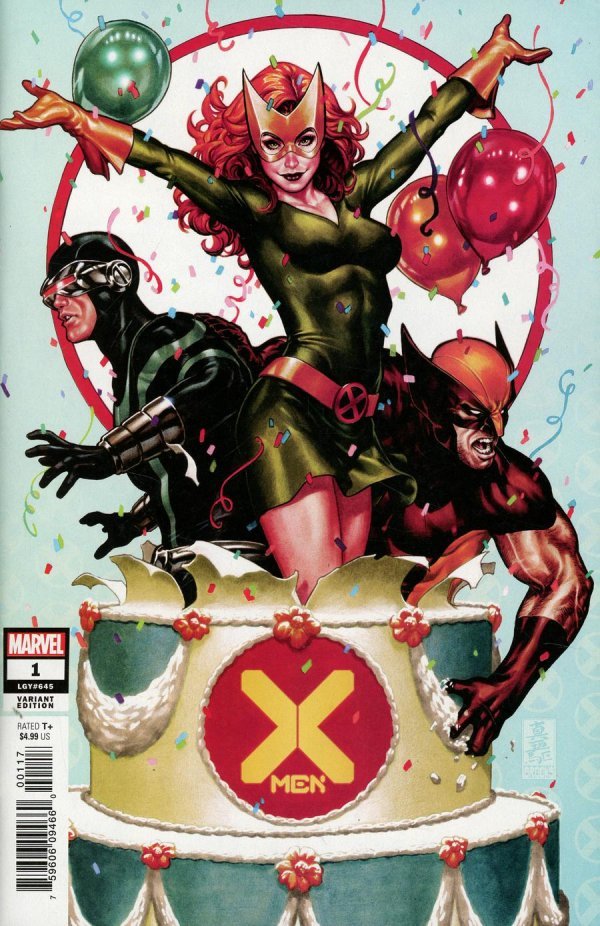 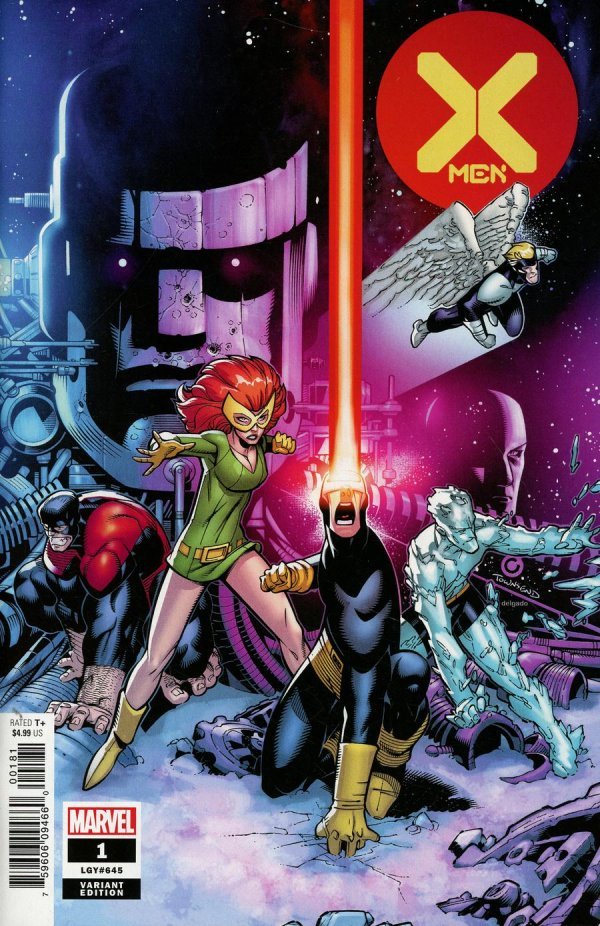 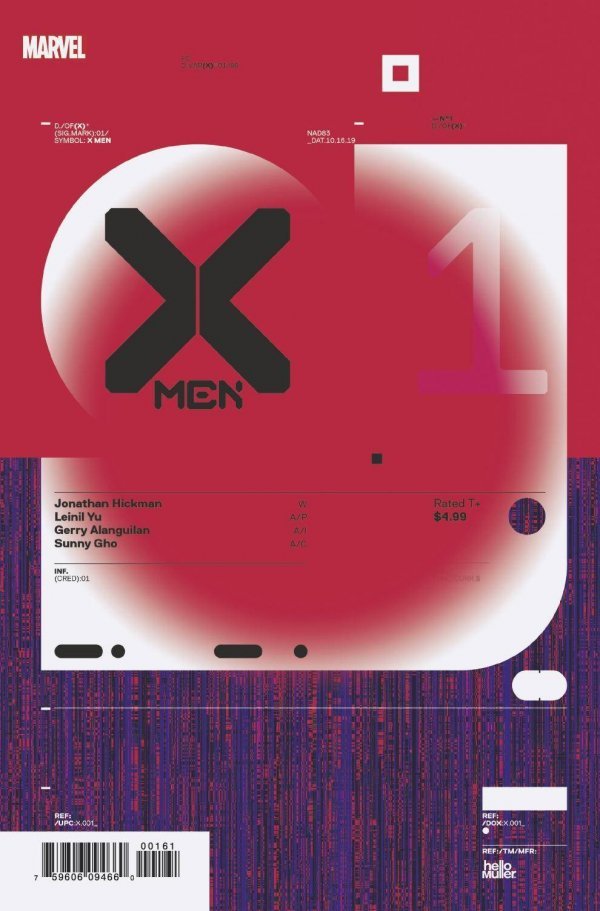 A NEW ERA DAWNS FOR THE X-MEN! The X-Men find themselves in a whole new world of possibility… and things have never been better! Jonathan Hickman (HOUSE OF X, POWERS OF X, SECRET WARS) and superstar artist Leinil Yu (NEW AVENGERS, CAPTAIN AMERICA) reveal the saga of Cyclops and his hand-picked squad of mutant powerhouses! 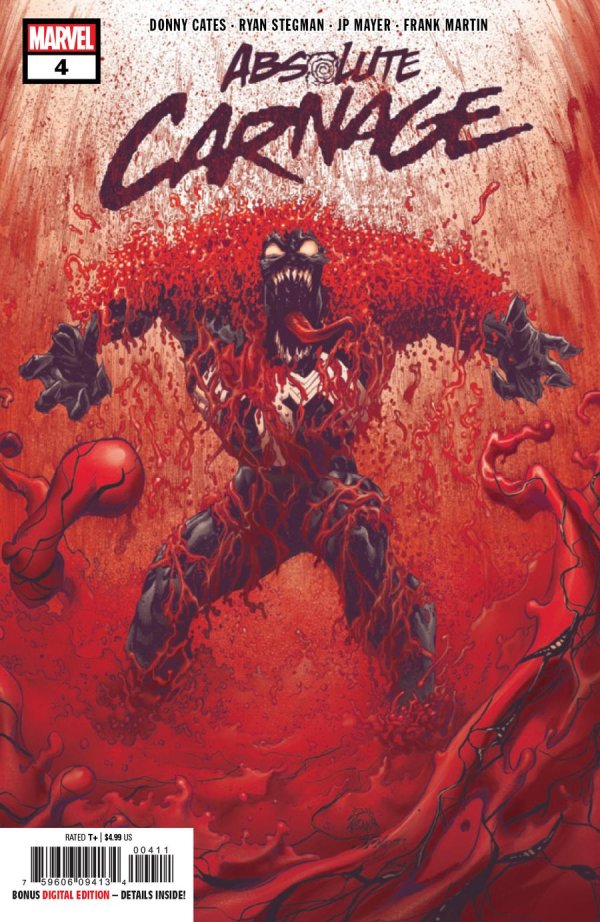 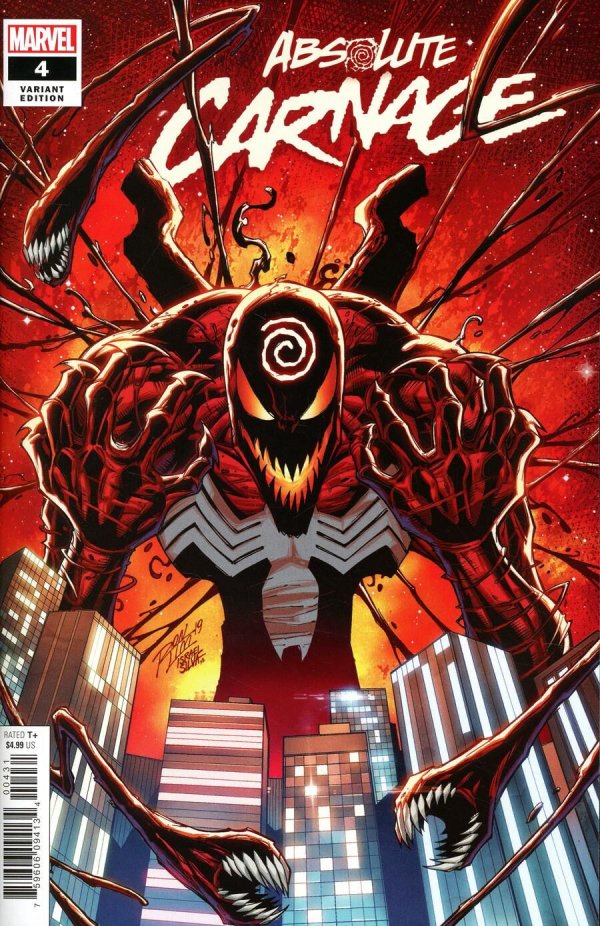 THE PENULTIMATE CHAPTER OF THE SYMBIOTIC EVENT OF THE YEAR! Eddie Brock has taken a beating, lost the allies closest to him, and, after the shocking events of ABSOLUTE CARNAGE: #3, sees no way to take Cletus Kasady down once and for all without making the ultimate sacrifice. But what IS the ultimate sacrifice? Of the two beings that are bonded as VENOM, which will make it out alive? 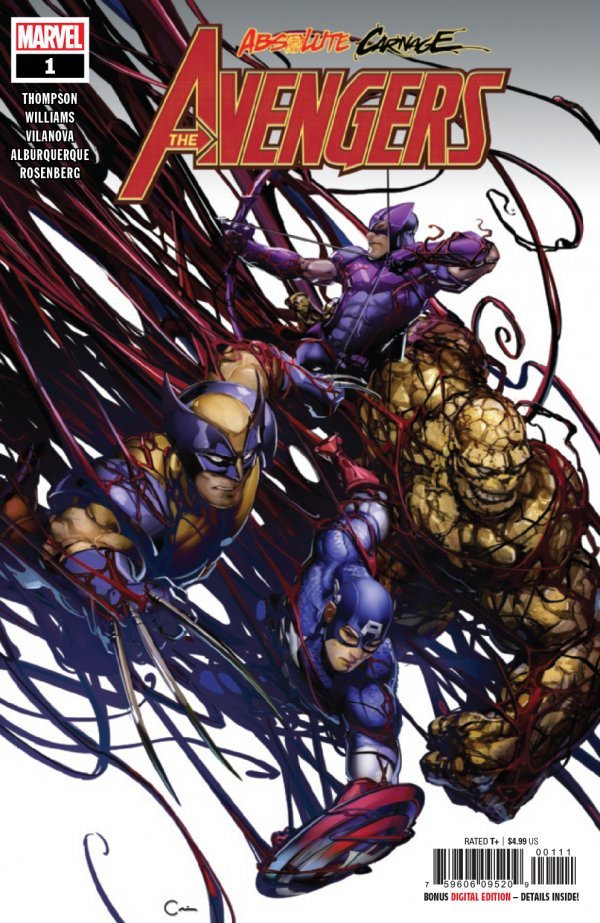 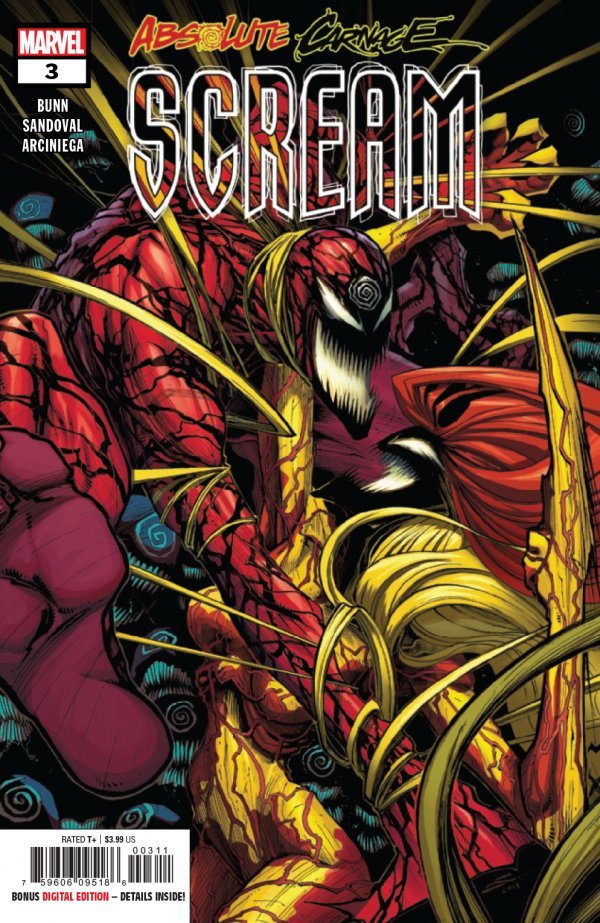 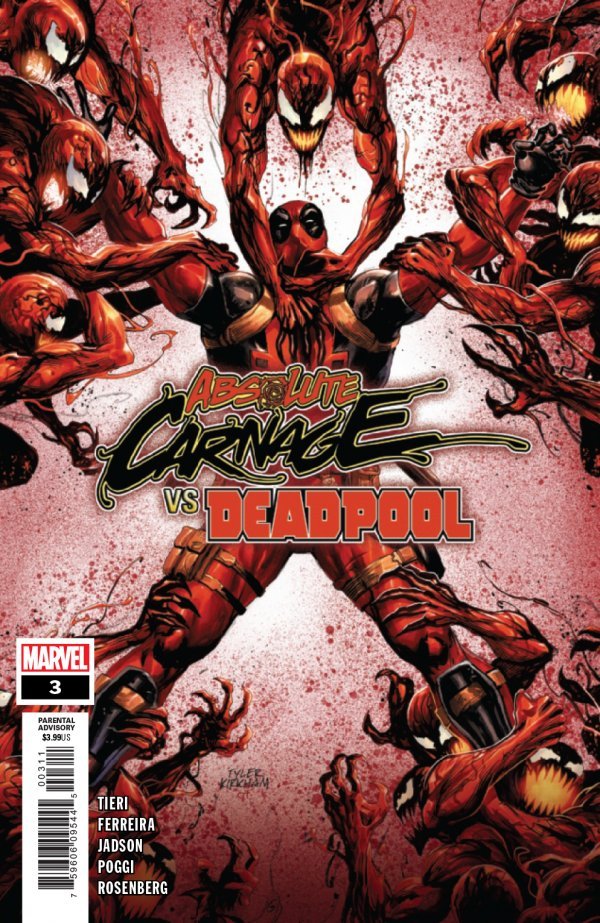 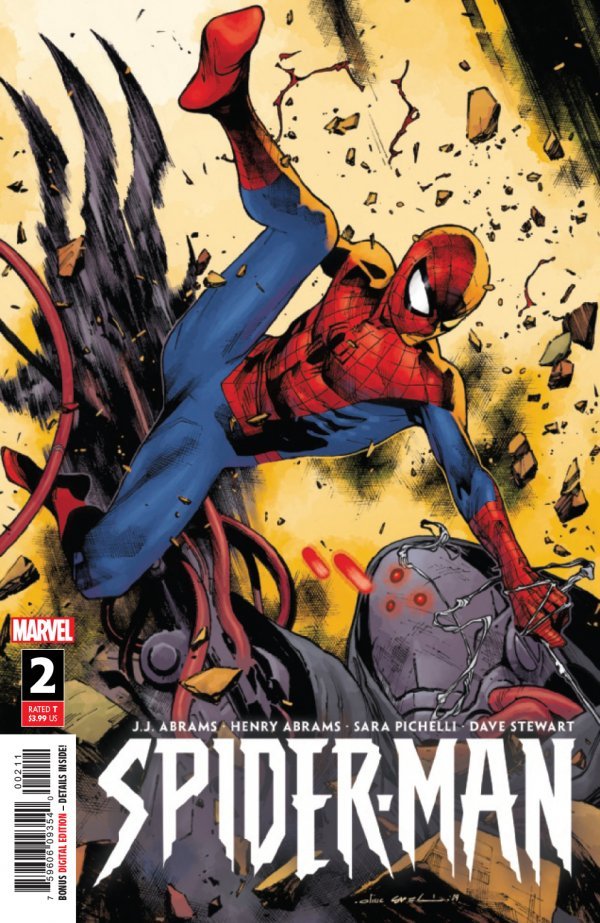 The most anticipated comic event of the year continues from J.J. Abrams (Star Wars, Star Trek, Lost, Alias), Henry Abrams and Sara Pichelli (SPIDER-MAN, GUARDIANS OF THE GALAXY)! Peter and Mary Jane have had their first run-in with the new villain Cadaverous and it did not go well. What horrific impact from this horrific villain will scar them the worst?! 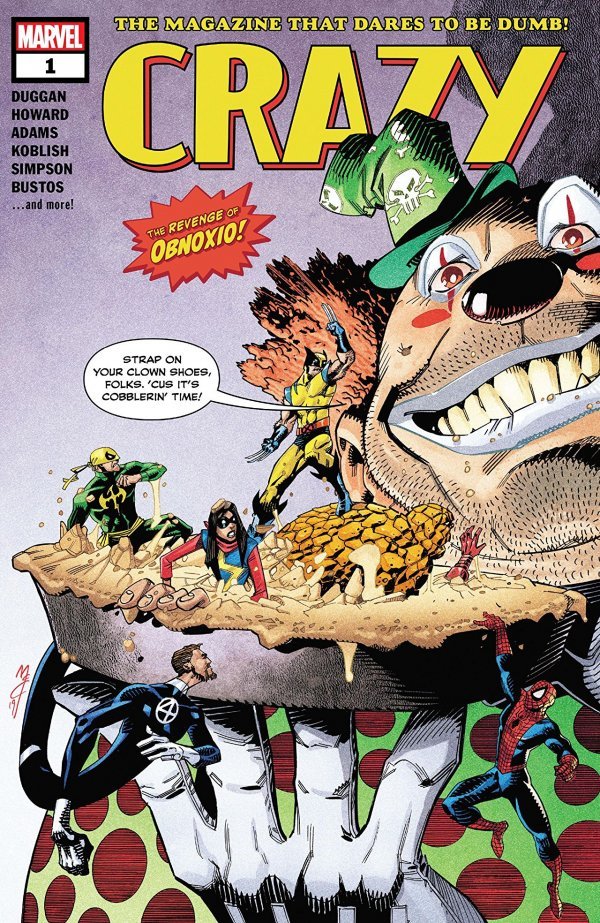 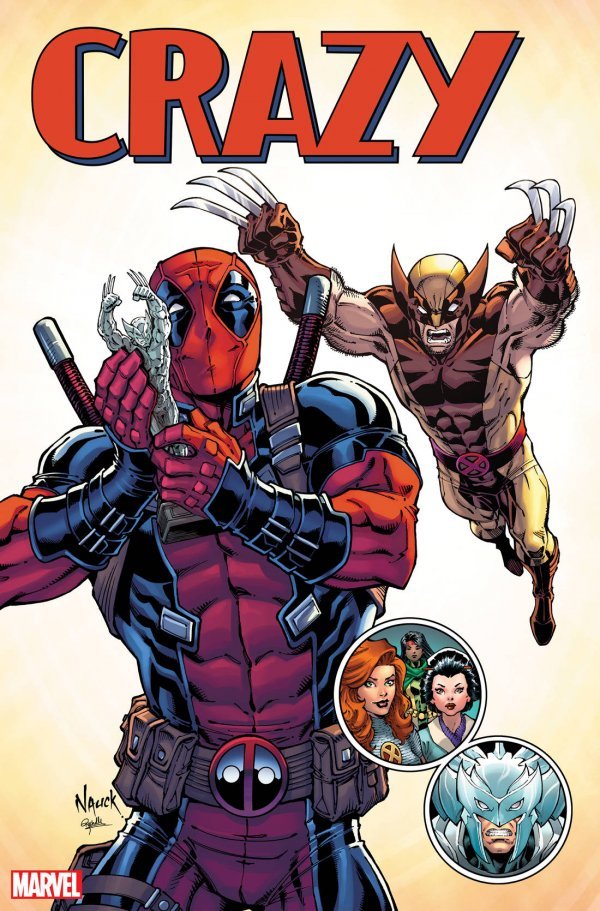 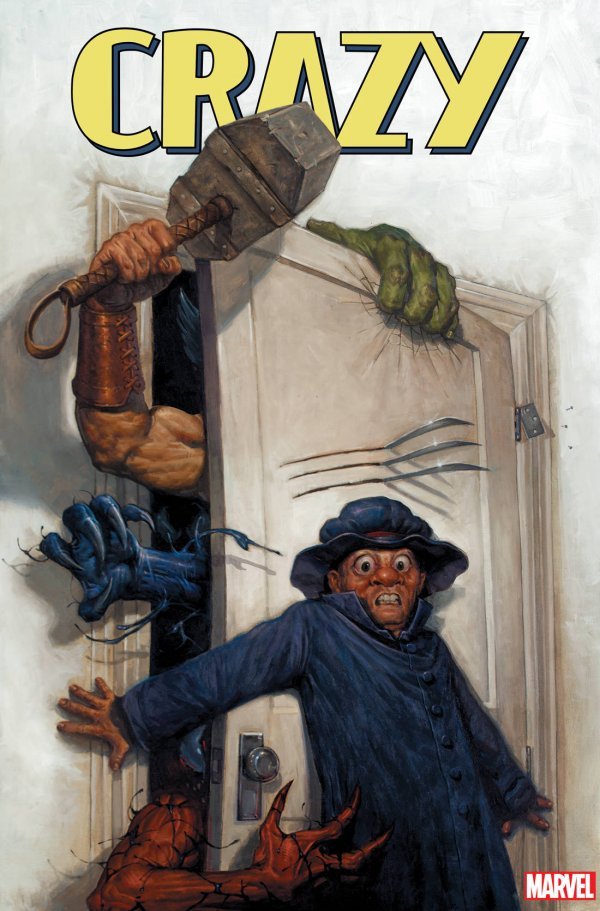 MARVEL’S GREATEST…ER…MOST DEMENTED COMIC MAGAZINE OBNOXIO THE CLOWN is back and so is one of MARVEL’S most hilarious titles thanks to a momentary lapse of insanity on the part of a few over-worked editors and a gang of writers and artists ready to take advantage of it. No superhero is safe! No comic book event is sacred! Will the Marvel Universe ever be the same? Will we want it to?

Just when you thought that the weekly pull list might get lighter here comes the X-Men with 6 new books! As if keeping up with Carnage and Batman titles wasn’t enough, the surge in new versions of fan-favorites like Superman, Harley Quinn, Spider-Man, and the Joker is coming in hot! Boom! Studios continues to be the “it” indie publisher and their two massive books this week should be on everyone’s radar!