It’s no secret that I am a huge fan of sports games and baseball games in particular. Or that I have been disappointed in the Major League Baseball offerings on Microsoft’s consoles since the Xbox 360 era. So you can imagine my excitement when it was announced that MLB: The Show 21 will release on April 20, 2021, and be on both PlayStation and Xbox with cross-play support.

And this year’s cover athlete is…

Fernando Tatis Jr. of the San Diego Padres! Along with the announcement that MLB: The Show will be multiplatform this year the covers for this year’s edition was also announced. Tatis Jr. is one of the young stars of the MLB and this will be one of his big chances to get his name in front of more casual baseball fans. He was third in Rookie of the Year voting in 2019 and fourth in MVP voting in 2020. His future looks very bright and let’s hope this iteration of The Show will live up to his potential

The Show is finally coming to Xbox 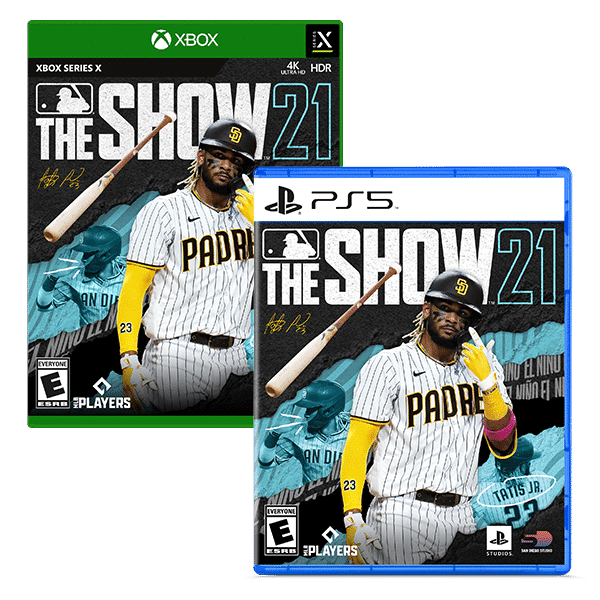 After years of sub-par baseball games on the Xbox consoles, we are finally getting what has been the pinnacle of baseball games on both major consoles (sorry Switch fans). And not only Xbox gamers getting a worthy baseball game but it will be cross-play (and cross-save) as well. I can’t contain my excitement for The Show coming to Xbox this season. I have been craving a good MLB game on Xbox since MVP Baseball 2005.

The one downside to the announcement is that there will be different versions for the next generation consoles with no direct upgrade path to the PlayStation 5 or Xbox Series X|S versions. Not only are there different versions of the game for different generations but there is also a different price point. The PlayStation 4 and Xbox One versions will retail at $59.99 in the US, while the PlayStation 5 and Xbox Series X|S versions will retail at $69.99. While I am not too surprised at this move, other sports franchises have done this as well (I’m looking at you NBA 2K), I am still a bit disappointed in this part of the announcement. On February 3, 2021, there will an additional announcement regarding a collector’s edition of the game which does include a cross-generational entitlement.

The standard editions on both platforms (and all generations) are available to pre-order now. So what are you waiting for baseball fans? Start getting hyped for the season!