Xbox owners have not had any quality Major League Baseball (MLB) games since MVP Baseball 2005[1]. Playstation owners on the other hand have been able to enjoy the MLB: The Show series. In fact, there has only been one Major League Baseball series available for the Xbox One, the abysmal R.B.I. Baseball series. At least during the Xbox 360 years, the MLB 2K series of games was available, but that series ended with MLB 2K13. Why haven’t there been any good MLB games available for the Xbox platform in over ten years? The answer to that question involves football and licensing agreements.

What Did the MLB Games Landscape Look Like During Earlier Generations?

During the Xbox and Playstation 2 generation, there were several options for Xbox owners to play an MLB game. The two with the largest market share were the MVP Baseball series and the MLB 2K series (previously ESPN Major League Baseball). The two game franchises competed for sales like the Madden and 2K football games competed prior to the 2005 season.

In 2005, MVP Baseball was in its third year and built upon the strong foundation of MVP Baseball 2004. The MVP Baseball series was the reigning champion and received great reviews again that year (it has a Metacritic score of 87 on PS2 and 86 on Xbox). It added new innovations such as the Hitter’s Eye[2], three levels of Minor League Baseball teams and an in-depth Owner Mode. These were large leaps in terms of gameplay and features.

While the Xbox always had several options for MLB games, the Xbox 360 only had one serious[3] game each year, MLB 2K. By all accounts, the 2K series of games was not good and took a huge step back from where the MVP series left off.

In 2004, EA Sports released Madden 2005 (91 Metacritic score) and Take-Two Interactive released ESPN NFL 2K5 (92 Metacritic score). Both games received very high scores and had been competing against one another for a couple of years. Madden had the name recognition and deep history with gamers. The NFL 2K series was much newer and not as well regarded. All of this changed with NFL 2K5. Its reviews were better than that year’s Madden, and it also included ESPN branding and a SportsCenter-like feature.

NFL 2K5 also had one huge advantage over Madden; its retail price started at $19.99, while Madden’s price was $49.99. This price point definitely drove sales, and most likely contributed to more gamers trying it over Madden than would have if they had the same price. During this console era, most games started at $49.99, so it wasn’t that Madden was over-priced, it was that ESPN NFL 2K5 was much cheaper than anything else on the market (this also applied to that year’s 2K NHL and NBA games).

I remember this battle well, with the Terrell Owens commercials, and the focus on the price. The only reason I went with Madden that year was because you could import draft classes from NCAA Football 2005 (another game no longer available, but for a very different reason). If it hadn’t been for this feature, I probably would have picked up ESPN NFL 2K5 due to the good reviews and lower price point.

What do Football Games Have to do With MLB Games?

Why does the war between Madden 2005 and NFL 2K5 matter in an article about MLB games? One word: licensing. Due to the success of NFL 2K5, Electronic Arts snapped up the exclusive license for the NFL and the NFLPA (it also had the NCAA license). This effectively ended the NFL 2K series. Because of EA’s actions, 2K grabbed the license for the MLB and the MLBPA[4]. The move effectively killed both the MVP[5] and ESPN NFL 2K series of games. Many would argue that the companies got it backwards; EA should have gotten the MLB license and 2K the NFL one. The license agreement between the NFL and EA Sports actually led to a class action lawsuit. The foundation of the suit was that the deal killed off the only other competitor for NFL games, which also happened to be priced much lower. EA settled the lawsuit, and ended up paying gamers who had bought Madden and NCAA Football games in the subsequent years.

Where Are We Now? Are There Any MLB Games for the Xbox One? 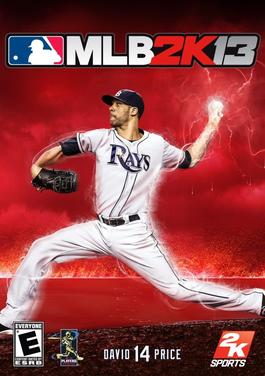 With the competition for the games effectively killed, both Madden and MLB 2K started declining from year to year. For the most part, both games only made minor tweaks and updated rosters. It got so bad for MLB 2K, that literally the only change from MLB 2K12 to MLB 2K13 was a roster update. In fact, 2K Sports took out online play for the 2K13 version, so it was an even worse version. And, contrary to what they did in 2004 with NFL 2K5, they still sold it for the full new game price ($59.99).

Having played the MLB 2K games, I can say that they didn’t hold a candle to MVP Baseball 2005. They were barely playable and the only redeeming quality to them in my eyes was that they had a “My Player” mode. In this mode, you took control of a single player and tried to make him into a Hall of Famer. Even this mode had its issues. For example, playing defense was not very fun. I played a shortstop and the only time I’d actually play in the field was when there was a possibility of the ball being hit in my general direction. It was not the best experience. Pitching also never felt quite right, especially compared to the great pitching mechanics from MVP Baseball 2005. One of my friends in college always said that you could judge the quality by the smoothness of a double-play animation. MVP Baseball 2005 passed this test; the 2K series did not. 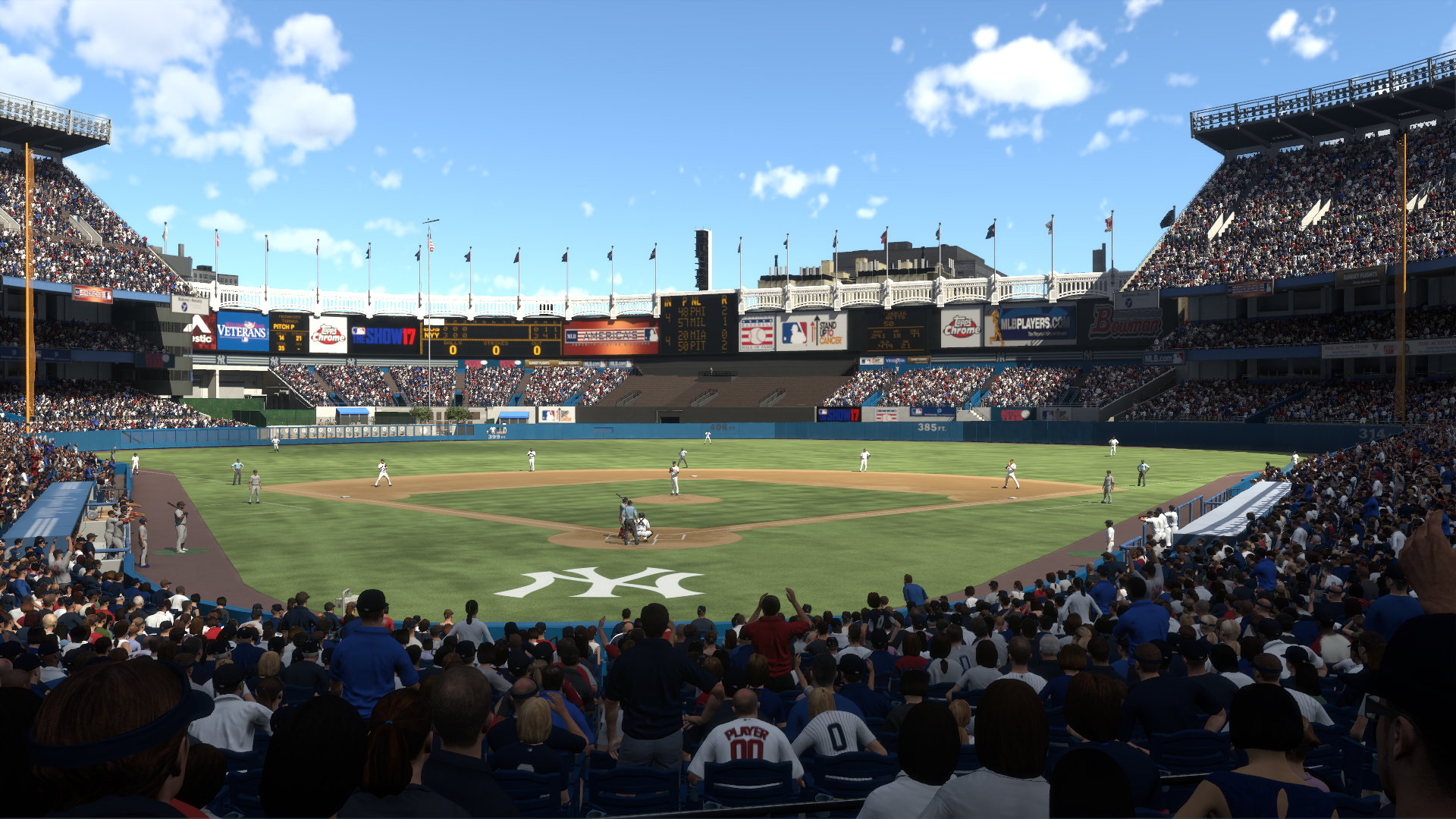 MLB: The Show is still going strong with the 2017 edition

Sony was able to keep making MLB: The Show due to how the licensing agreement was structured, and it quickly ascended to the top of the MLB game market. The game has continued to innovate and has a dedicated following on the Playstation platform. The final year of MLB 2K was 2013 and, as explained above, that wasn’t even a full game. Since MLB 2K13, there has only been one serious baseball game on the Xbox 360 and Xbox One: R.B.I. Baseball. Major League Baseball publishes R.B.I. Baseball, which is not known for video games… The game is not very good, and that is being generous. The games are so bad that most reviewers don’t even bother to review it. There are currently 3 Metacritic reviews, and they are not generous.

EA has stated that they would like to make a new version of MVP Baseball, but it would need a new engine and that likely won’t happen anytime soon. In 2013, EA Sports Executive Vice President told Polygon that, “there is an inherent passion for baseball inside EA Sports,” so there is always a chance it may come back. The exclusive license for MLB 2K ended in 2012, so that is no longer a barrier for entry.

Until EA decides to make a new MVP Baseball game, I don’t believe there will be a serious baseball game on the Xbox One. This is a shame because there is a market for baseball games, which the success of Playstation’s MLB: The Show makes clear. There are reports of people who have bought Playstations just to be able to play The Show, and it is too bad that Xbox owners can’t have a similar experience. So, here is hoping that EA Sports can get its act together and create a new MVP Baseball that runs on modern hardware.

[1] In 2006, EA published MVP ’06: NCAA Baseball instead of MLB due to licensing issues. While MVP 06 was fun, it didn’t have the same draw as 2005.
[2] The Hitter’s Eye feature highlighted pitches based on which type of pitch was being thrown. It helped the player know if a fastball or breaking ball was coming. Some pitchers would “tip” their pitches much earlier than others, which was a huge advantage to the player.
[3] The BIGS did release in 2007, but this was an arcade style game and not a serious baseball game.
[4] The exclusive license only applied to 3rd Party publishers like Take-Two Interactive and EA Sports. This is how Sony was able to publish MLB: The Show.
[5] Even though the no longer had the MLB license, EA still produced a baseball game in 2006. They used their NCAA license to create an NCAA version of MVP, which while fun, did not have the same feel as the MLB version.