Captain America and Wolverine – two of the most popular characters in all of the Marvel Universe. Each has their own innate gifts augmented by modern weaponry. Cap is a super soldier with a vibranium shield and Wolverine possesses quick healing augmented with an adamantium skeleton. But, what’s in a metal? Have you ever wondered what it would be like if they were switched?

Before we get too far into this, let’s point out that there are discrepancies and contradictions about each metal in and between the comics and the films, so we’re going to be making a lot of assumptions. Let’s have some fun! 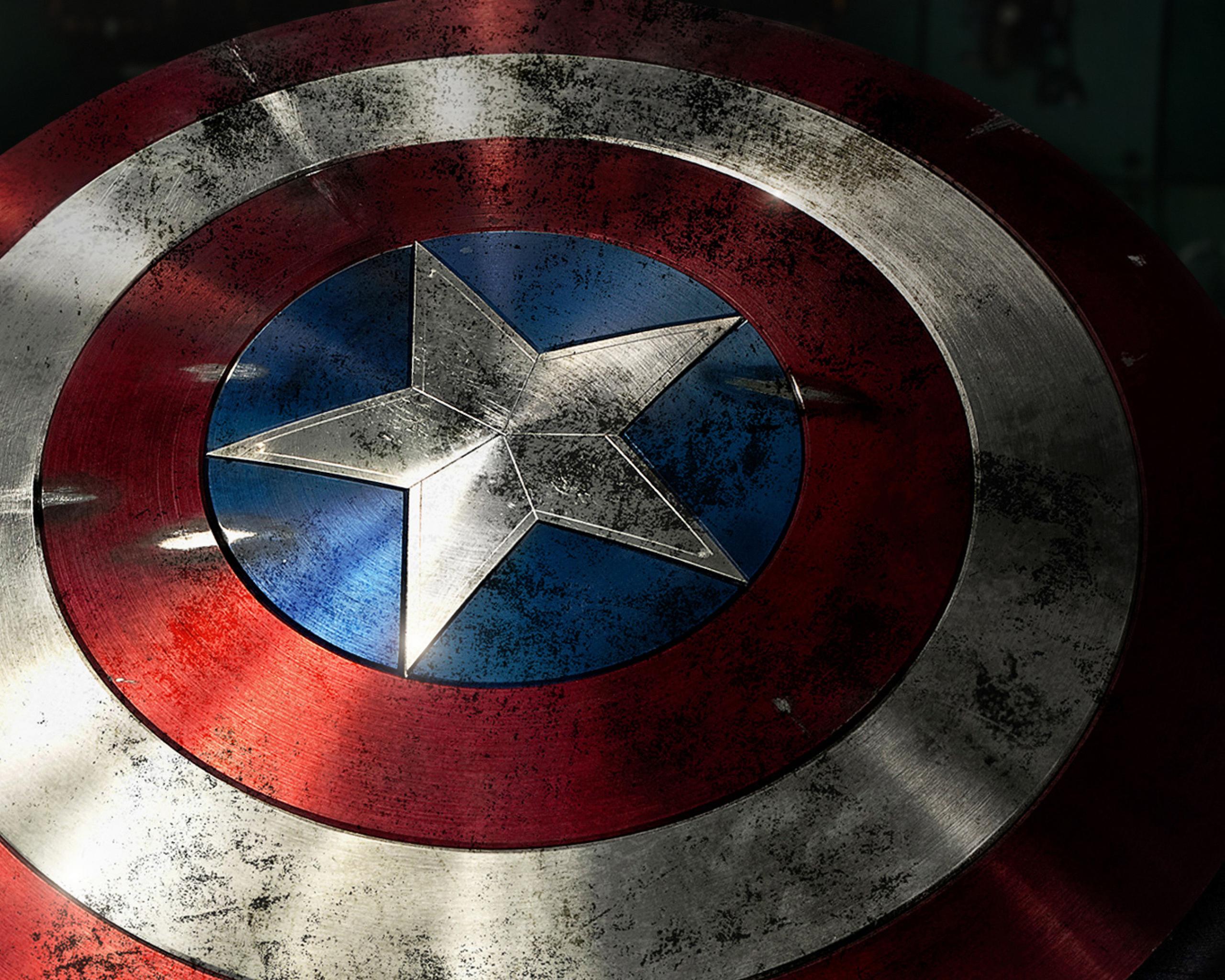 The shield, however, is not pure vibranium. In the comics, the shield is an alloy made of vibranium fused with iron. This also holds true in the MCU, as the shield exhibits ferromagnetic properties. For example, Cap can easily attach and remove the shield from his back and has also been seen pulling the shield from the ground directly to his forearm. My best guess is that he has some sort of electromagnet that allows him to mount his shield to his person.

The shield protects Captain America not only by deflecting attacks, but by absorbing and dissipating vibrations. Think of it like a crash cymbal on a drum kit. When you strike it, it absorbs the kinetic energy of your hit and turns it into vibrations. You can see and hear the cymbal vibrating. Cap’s shield works in much the same way. In the first Avengers movie when Thor strikes the shield with Mjolnir, it makes an audible ringing sound and dissipates the kinetic energy of Thor’s attack so strongly that it knocks Thor back.

I don’t believe, however, that a normal human could wield the shield effectively. When the shield is vibrating, it’s still attached to Cap’s arm. However, thanks to his strength, he can still maintain control of the shield. This can be seen in that same fight with Thor, where Cap doesn’t move. I attribute this to both his strength and his body posture, where he has one leg behind him bracing for impact. An ordinary human taking a similar strike would not be able to keep the shield in position after a hit like that – opening them up to a secondary attack that would end it. 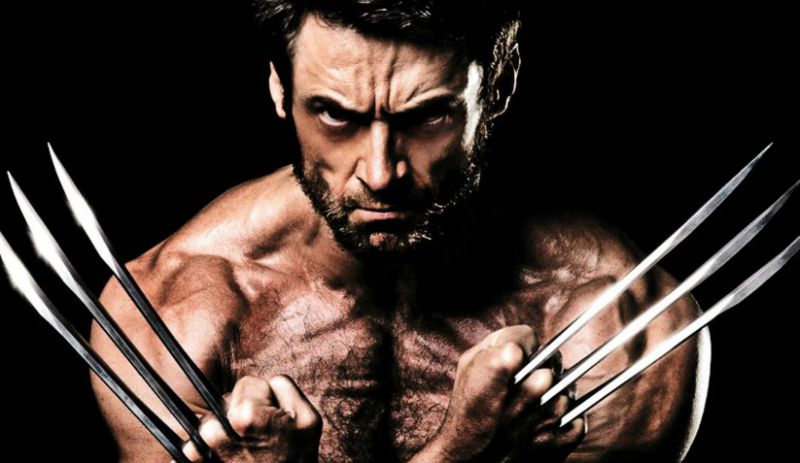 Wolverine has adamantium bonded to his entire body, including his claws. Adamantium is a synthetic metal which according to the comics was created by the same scientists who crafted Cap’s shield in an attempt to replicate the vibranium alloy. They weren’t successful, but they did create one of the strongest materials known to man.

The metal has been bonded to Wolverine’s entire skeleton and claws – the effect being that while you can shoot, stab, or otherwise injure his fleshy bits, his bones remain intact, and his healing abilities quickly repair the damage. His claws being coated in adamantium allow him to slice through everything and everyone. Were it not for the fact that the adamantium slowly leeching into his body is poisoning him, he would be indestructible.

So, what would happen if we were to swap metals? Let’s now assume that Wolverine’s skeleton and claws have somehow been bonded to vibranium? I believe this would work fairly well, provided it was the pure Wakandan vibranium and not the vibranium-iron alloy used in Cap’s shield. Remember, the shield does a great job of converting kinetic energy into energy waves. Perhaps it’s the alloy itself or just the shape of the shield, but the level of vibration is excessive.

When I was in a high school science class, we had an “egg drop” project where we had to build a system to protect an egg from a 10-foot drop. Most people used some sort of parachute and foam system, but I got the idea to parachute the egg down in a container packed with jello. The container had a relatively soft impact, but when I opened the container, I discovered that the kinetic energy from the drop had gotten trapped in the jello and absolutely shredded the egg in the center.

Imagine if Wolverine got hit with a weapon. His bones would absorb the impact and start vibrating, however the vibrating energy waves have nowhere to escape except for through Wolverine’s soft tissue. The same thing would happen, the energy would liquify his organs and destroy his muscle tissue. He will definitely heal, but he’ll be taking more damage overall than is necessary, making him vulnerable.

The vibranium-iron alloy is also somewhat brittle. Cap’s shield has been broken before in the comics, and in Age of Ultron, Iron Man has a vision of a shattered shield. We don’t know yet in the MCU whether that vision was just Iron Man’s fears or a vision of the future but given that Thor’s vision of Ragnarok in the same film came to pass, I would bet money that it’s at least possible in the MCU. Additionally, given the alloy’s ferromagnetic properties, Wolverine would be vulnerable to strong magnets. While adamantium isn’t known to be magnetic, only Magneto himself was powerful enough to manipulate Wolverine. With a vibranium-iron skeleton, any Joe Shmo with a junkyard electromagnet could take Wolverine out of the fight.

Pure Wakandan vibranium, like the kind used in Black Panther’s suit, would be much better. In the film, we see that Black Panther’s vibranium suit can absorb energy and store it, to be released at a later time. Imagine Wolverine taking hit after hit after hit until he finally strikes back with all the power of that stored energy. I think that might be a worthwhile tradeoff for losing the adamantium claws. Vibranium claws wouldn’t be able to slice and dice quite as well.

But maybe vibranium in your body isn’t poisonous?

Making Cap’s shield out of adamantium would have an outcome that’s harder to predict. It would probably be heavier, which wouldn’t be much of a problem for the First Avenger. While adamantium does vibrate when struck – remember Stryker shooting Wolverine in his adamantium skull point blank, making him lose his memories? – it would seem that it would simply deflect more than absorb.

The current MCU curved design of the shield wouldn’t need too much of a redesign, it’s already pretty well engineered for deflection. But functionally I think Cap’s shield would behave more like Wonder Woman’s. It may not work well for throwing, but it would certainly be an effective bludgeon.

Captain America’s options are a bit interchangeable. I think he’d be best off with multiple shields of different materials that he could equip depending on the situation. I’m sure Cap would think having a whole closet full of shields is very Tony Stark, but he should just go with it.

Wolverine would be best served with some kind of combo. If there were a way to graft Wakandan vibranium to his skeleton but give him adamantium claws, he would be an absolute nightmare.

Either way, I’m super stoked for the eventual MCU/X-men crossover event now that Disney is picking up Fox’s assets…

What are your thoughts? Leave us a comment below!