Madden got another one right! That’s now three total this season with those three coming in the last four weeks. Let’s see if Madden can keep the streak alive. For this week’s matchup, I chose two AFC teams that are in 2nd place in their divisions and are fighting for a playoff spot. If the season ended right now, the Texans would be the final Wildcard team in the AFC and the Raiders are just a half-game back of that spot.

Last week Madden correctly picked the Ravens to defeat Seahawks while all of the writers other than Darklife chose the Seahawks. Lamar Jackson lead the way for the Ravens again using his legs with 116 rushing yards. After a close first half, the Ravens ran away with game scoring 17 unanswered points and sealing the 30-16 victory. Here is where we all stand for correct picks on the season: 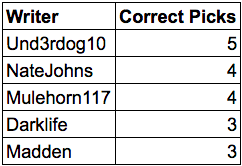 We are all pretty close in our picks now with Und3rdog10 leading the way. Mulehorn117 started off strong but has fallen off in the past few weeks.

How the Raiders Won 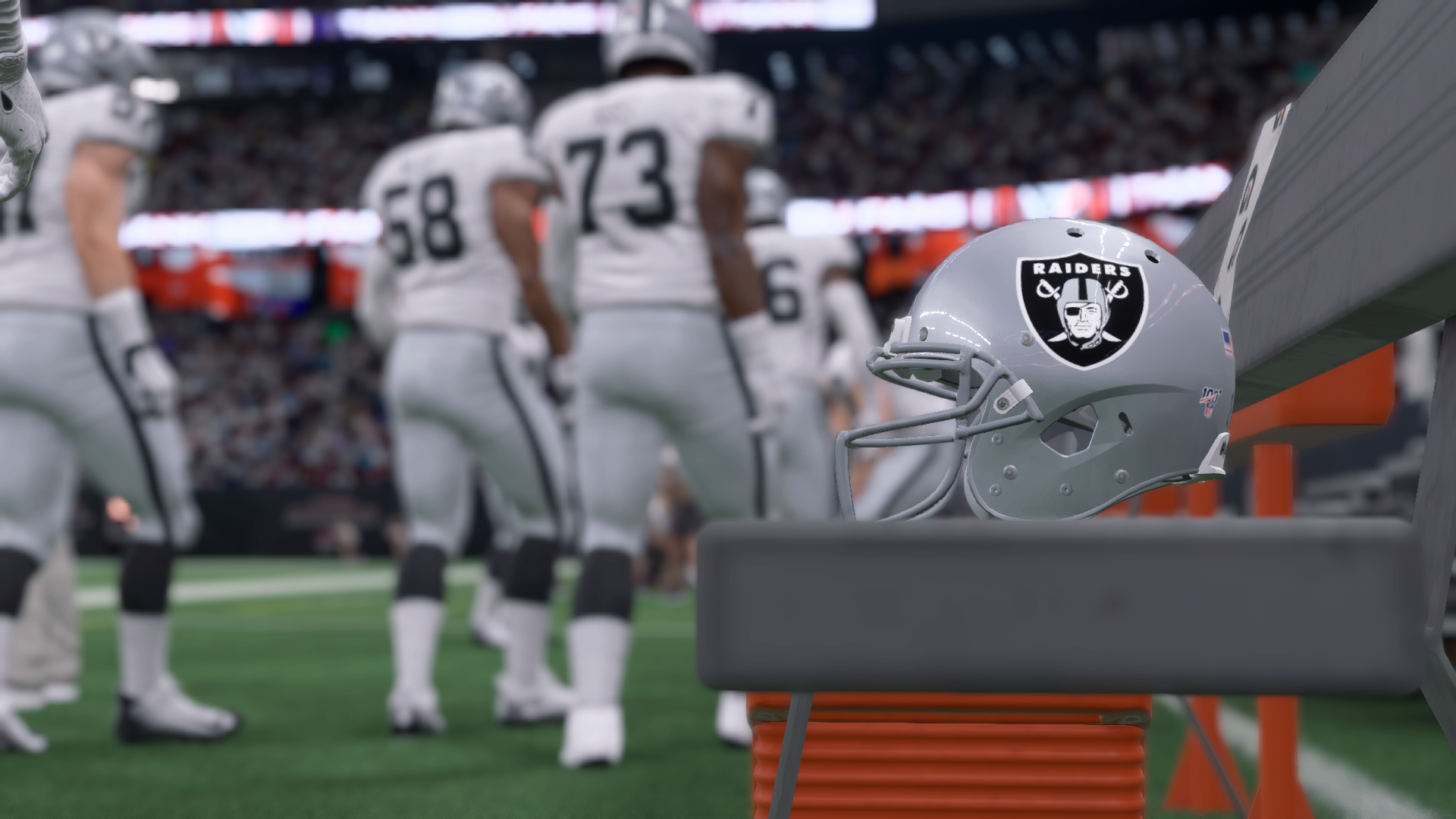 The Raiders need to make sure their offense is rolling if they want to pull off the win. Derek Carr has played pretty well this season and he will need to keep that up against J.J. Watt and the Texans’ defense. The Raiders jumped out to quick leads in their wins by scoring first and never gave up the lead. Rookie running back Josh Jacobs needs to be productive and continue the success he has had this season by eating up yards and keeping the ball away from the Texans’ offense.

They also need to protect the ball and not turn it over. They averaged a turnover a game in their losses and only had one total in their wins. The defense also needs to step up and keep Texans quarterback Deshaun Watson from beating them.

How the Texans Won 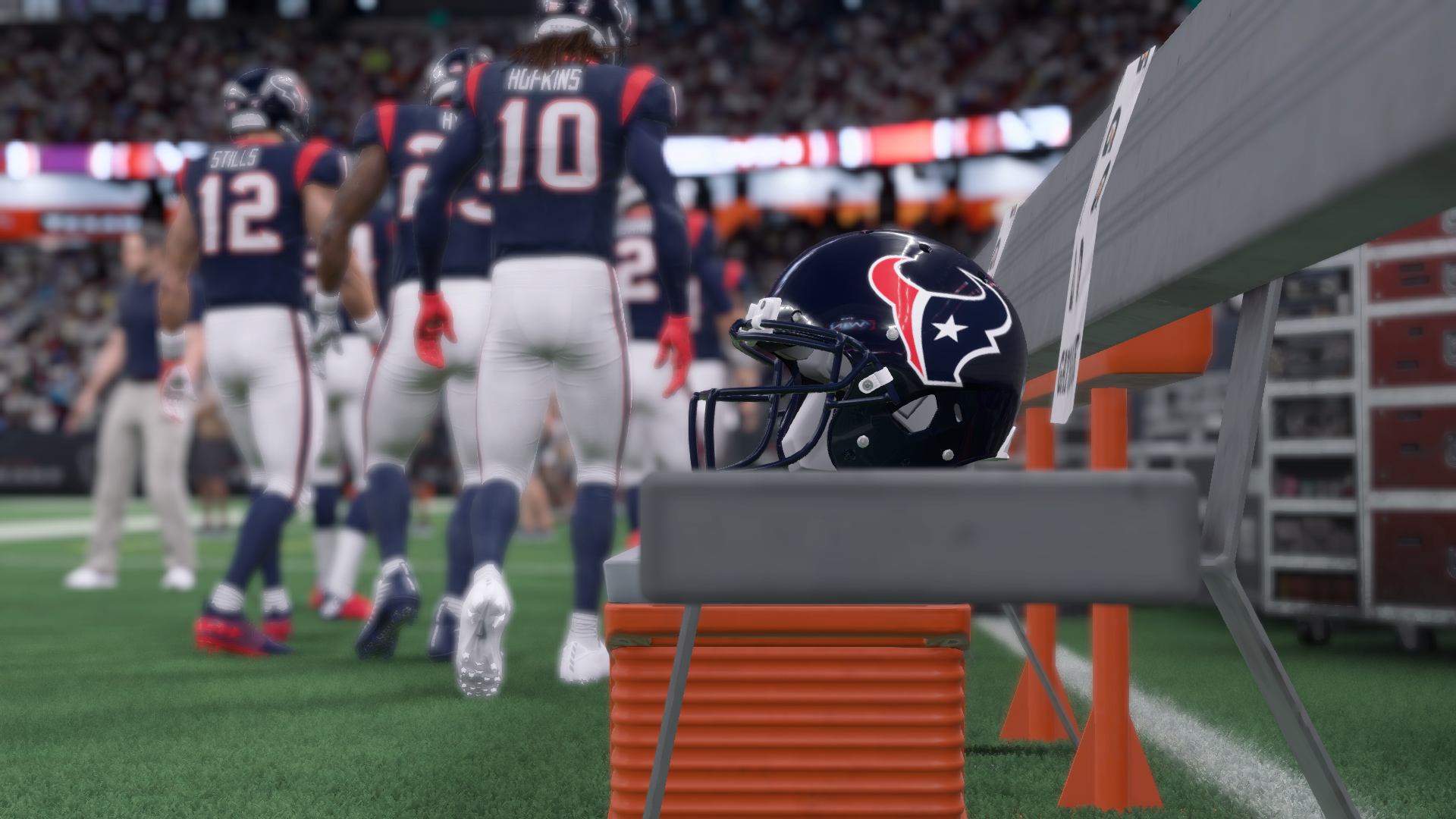 And the winner is…the Texans!

The Texans won 75% of the games that I simulated and have the edge in every category that I tracked by a fairly significant margin. Madden thinks the Texans will win so I think they will get this one right again. Most of the games that Madden has predicted incorrectly have been close while the games with the larger spreads it seems to get correct.

The matchup is a little different than prior weeks in that the teams are not as well known so the writers have a little less to go on. This week Darklife is going with the Raiders since he likes their colors. Both Mulehorn117 and Und3rdog10 are picking the Texans. Und3rdog10 is a Broncos fan so he wants the Raiders to lose and predicts the Texans will win 27-14 with success through the air.

I am going with Madden this week and picking the Texans. They have been playing well and the win percent in my simulations has me more confident in Madden than some other weeks. I will say that the Raiders have surprised people this season though and have some good wins under their belt so I wouldn’t be surprised if Gruden and the Raiders found a way to pull off the upset.