We are back with another week of the NFL and another game of the week. This week I simulated the Saints at Rams game. This game jumped out to me since it is a rematch of last year’s NFC Championship game. Let’s see if Madden’s track record improves this week as it is 0-3 for my simulations.

I kicked off the NFL season with a simulation of the Packers at Bears. Madden predicted a Bears win behind a strong offense and great defense. Madden was half right, the Bears played great defense. The offense, on the other hand, struggled mightily and the Packers won a close one with Mitch Trubisky throwing a pick in the endzone at the end of the game.

Our writers did not fair much better with only Mulehorn117 picking the Packers to win. Und3rdog10 was correct in that Rodgers would not play well against the Bears defense, but severely underestimated the Packers’ defense. We will track the progress over the weeks and see who is the best at picking these games.

How the Saints Won 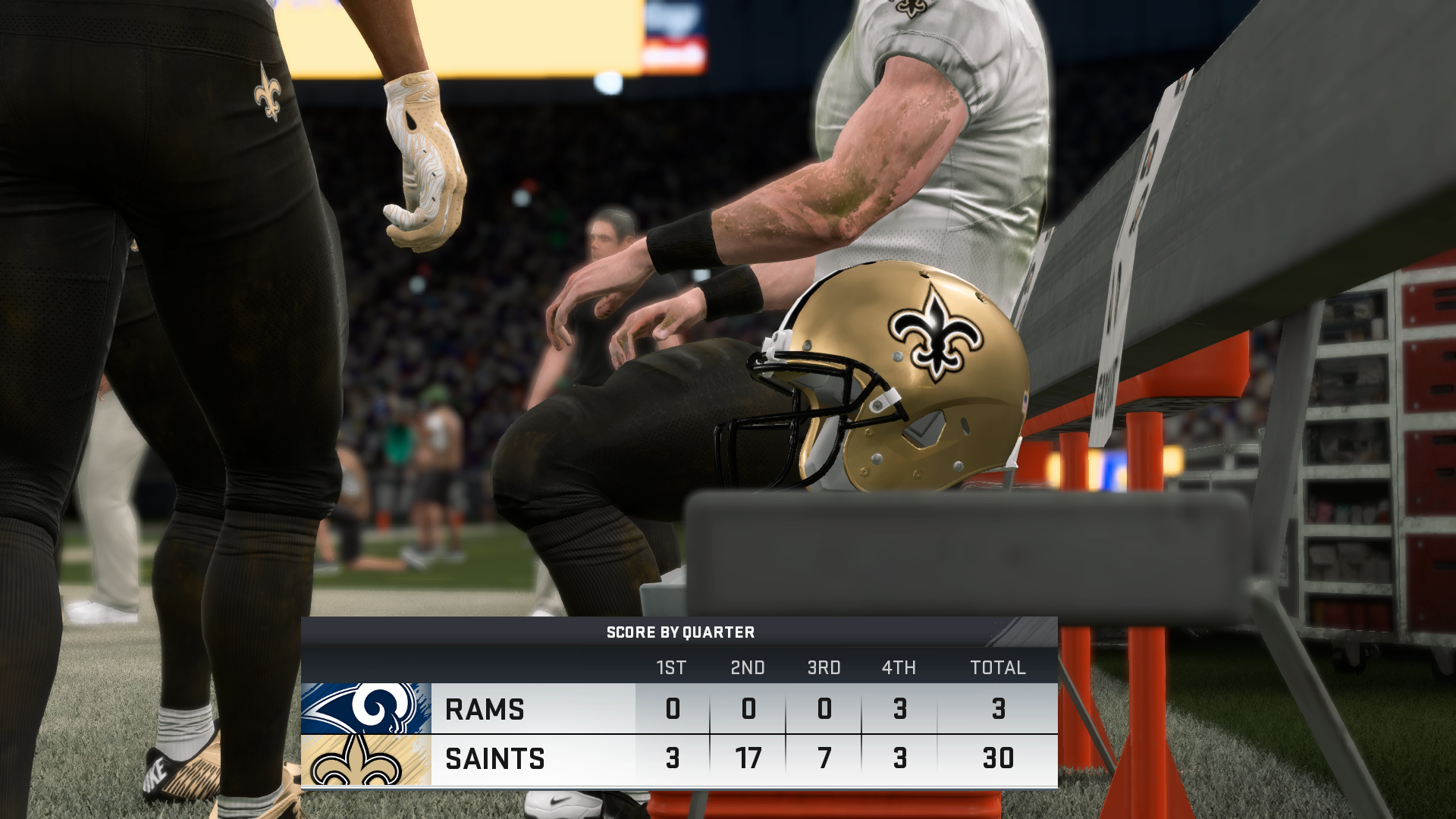 As they have in the Drew Brees and Sean Payton era, the Saints won with offense. They were able to score a bunch of points and in each of their wins, they scored at least 30 points and won by an average of 16 points a game. The Saints need to get off to an early start and not let up on the gas to stay ahead of the Rams. They averaged over 440 yards a game in their wins while holding the Rams to an average of 280 yards. The Saints also kept Todd Gurley under 100 yards rushing in most of the games they won while letting him average over 150 rushing yards per game in the games the Rams won.

How the Rams Won 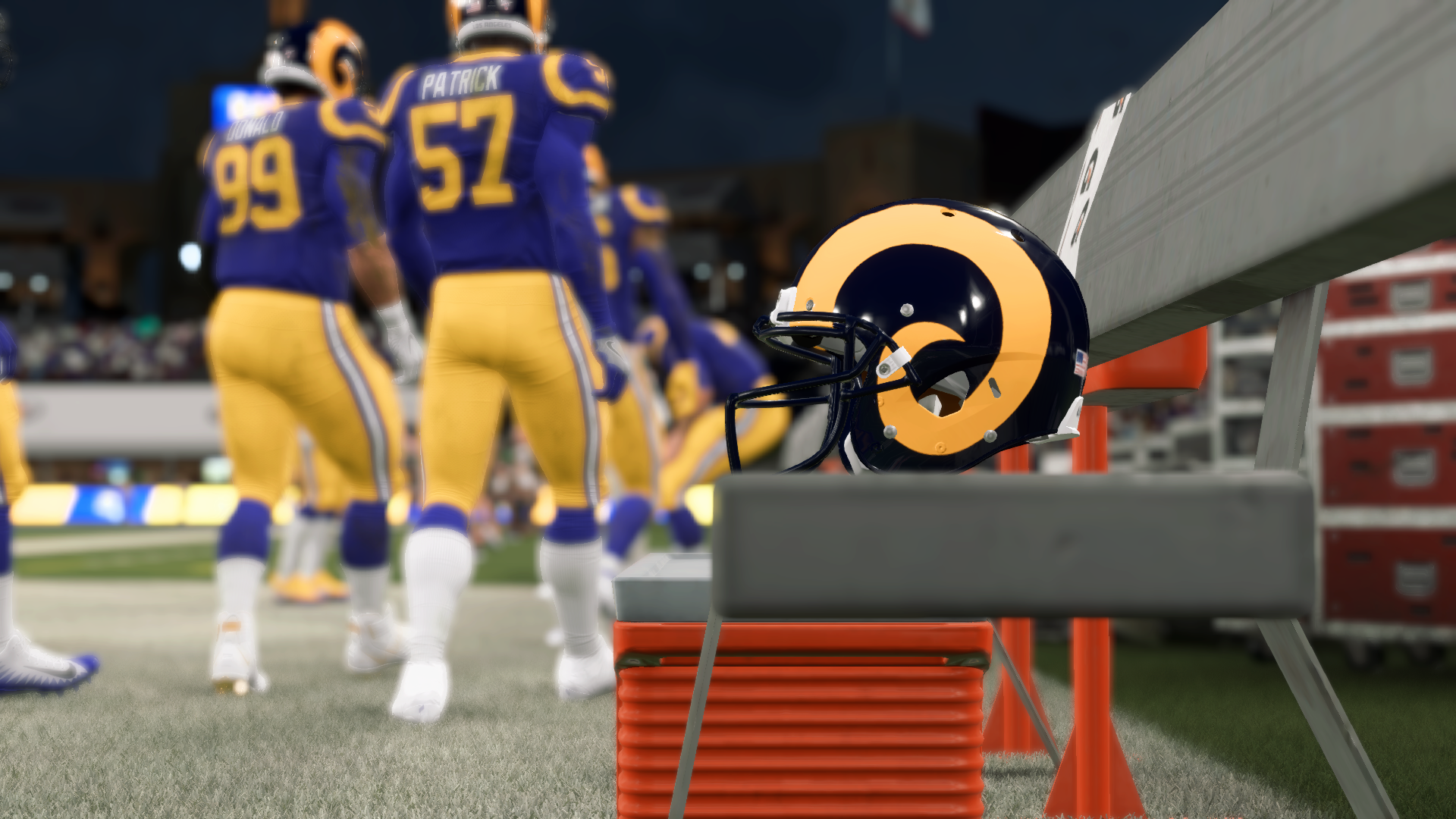 While the Saints won by scoring in bunches, the Rams’ wins were a lot closer with most being single-digit wins. The Rams were able to contain the explosive Saints offense and control the clock with Todd Gurley. The Rams defense really stepped up and forced a lot of turnovers in their wins while the offense held on to the ball.

And the winner is…the Saints! 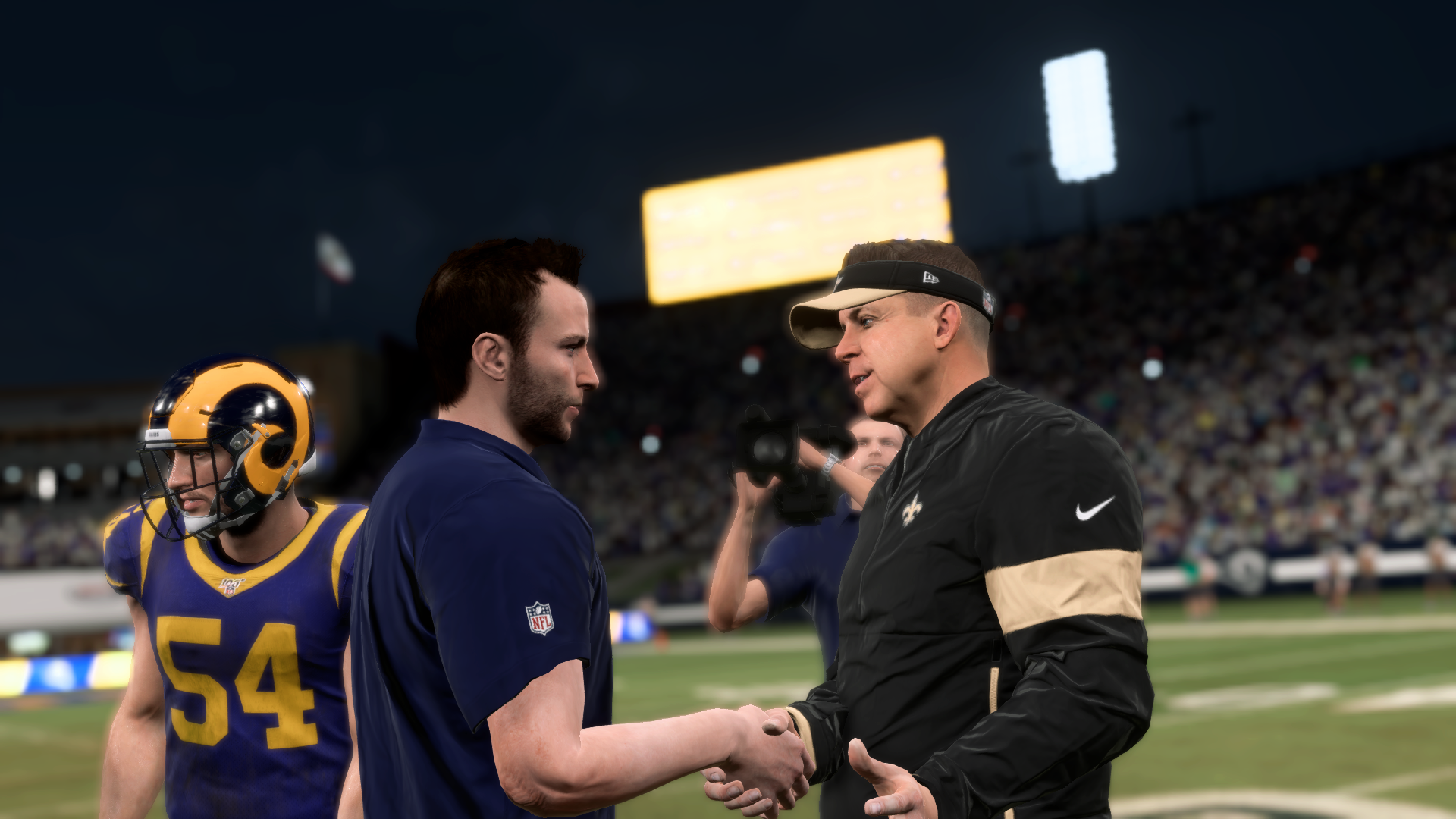 While most of the games were close, the Saints won 11 of the 20 simulations I ran. Unlike last week (where the point totals were even), they also averaged a lot more points than the Rams which isn’t too surprising given the history of the Saints. Todd Gurley did put in a lot of work during most of the simulations though so if he can get it going the Rams will probably win.

This week the writing staff is more split on the winner. Darklife is going along with Madden and picking the Saints offense to overcome the Rams defense. Und3rdog10 and Mulehorn117 are both going with the Rams with Und3rdog predicting 110 yards and 2 TDs for Gurley resulting in a 33-30 win. Based on the simulations, Gurley rushing that much will result in a Rams win, but the Saints tended to win the shootouts so we will see. Snakedoctor98 chimed in with a pick of the Giants…Canadians don’t really do football…

I am going along with Madden again (although its 0-3 record has me a bit nervous) and picking the Saints. They looked good last week and will have extra motivation after what happened at the end of last year’s NFC Championship game.

Who do you think will prevail this week? Will Madden finally win one? Will Und3rdog10 stay winless? Can Snakedoctor98 pick a team that is playing in the simulation?