Football is back! The 2019-2020 NFL season kicks off tonight with the Green Bay Packers visiting the Chicago Bears. Throughout the season I will be picking one game each week to simulate in Madden 20. This week I chose to mirror the NFL season and start with Bears vs. Packers. After conducting the Sim, I’ll let Madden make the pick, then make my own. I’ll also talk to some of the other writers for MHG to make their own picks. I’ll compare the picks made by Madden, the writers, and me to the actual results and report back each week. Let’s jump in and see who Madden thinks will start the season 1-0. 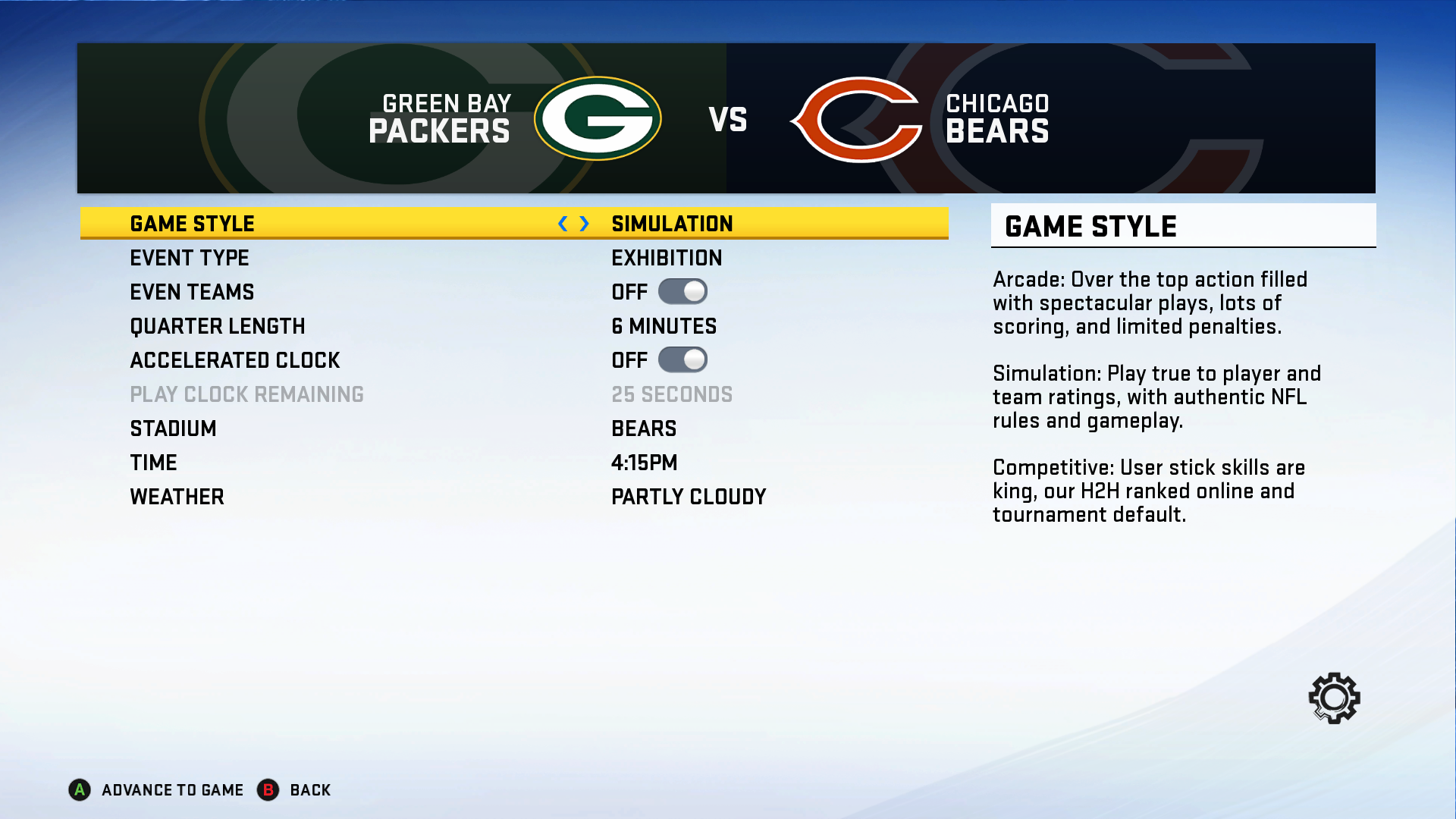 Like my sims of Super Bowl LII and Super Bowl LIII, I will be simulating each game at least 20 times before tallying the stats to get a final result. Each game will be simmed using the most recent rosters available in Madden and with settings to closely approximate real life. The difficulty is set to All-Madden and the Game Style is Simulation. This week I simulated the game 20 times with the player-controlled alternating between the Packers and Bears.

How the Bears won 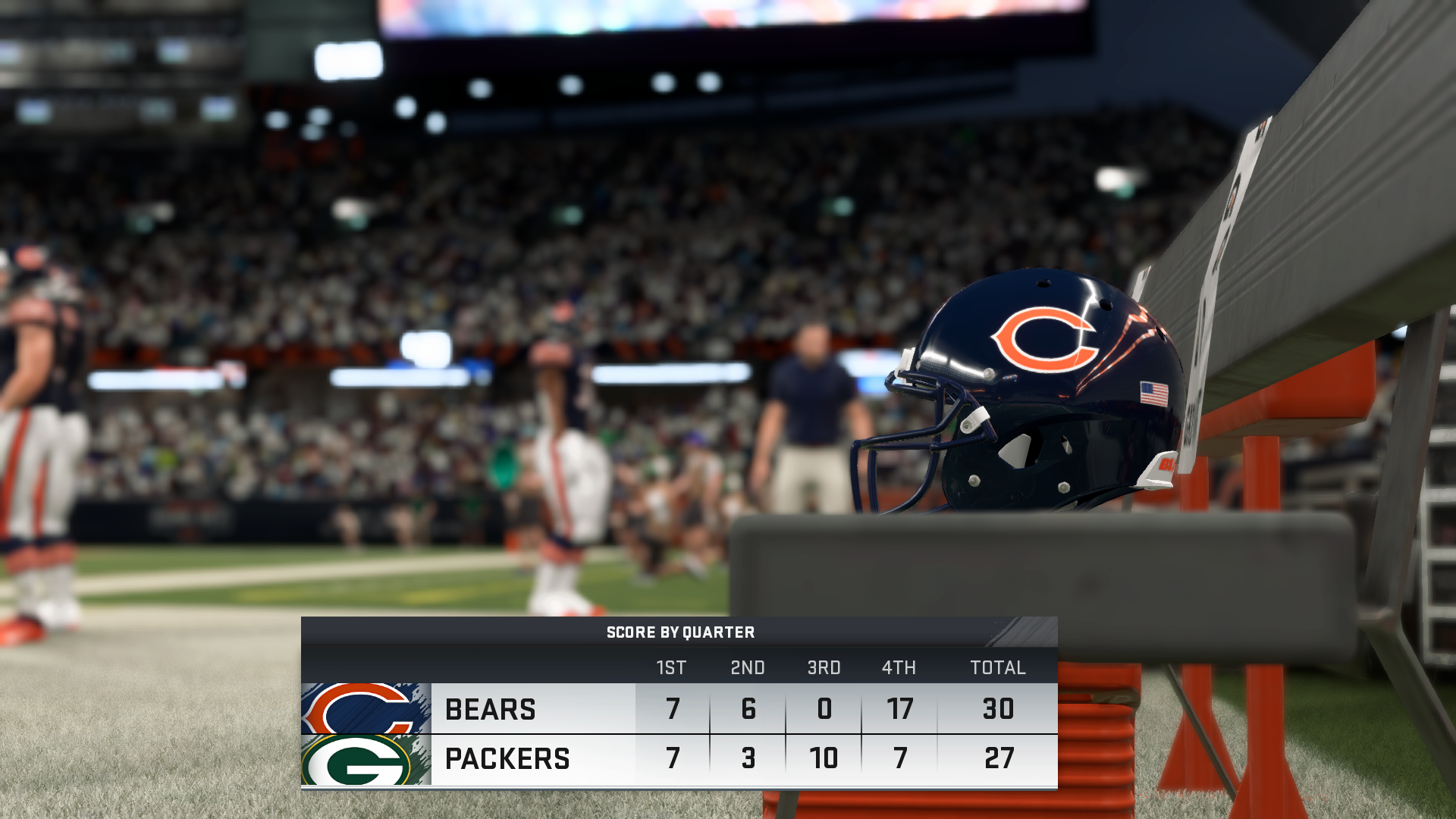 How the Packers won 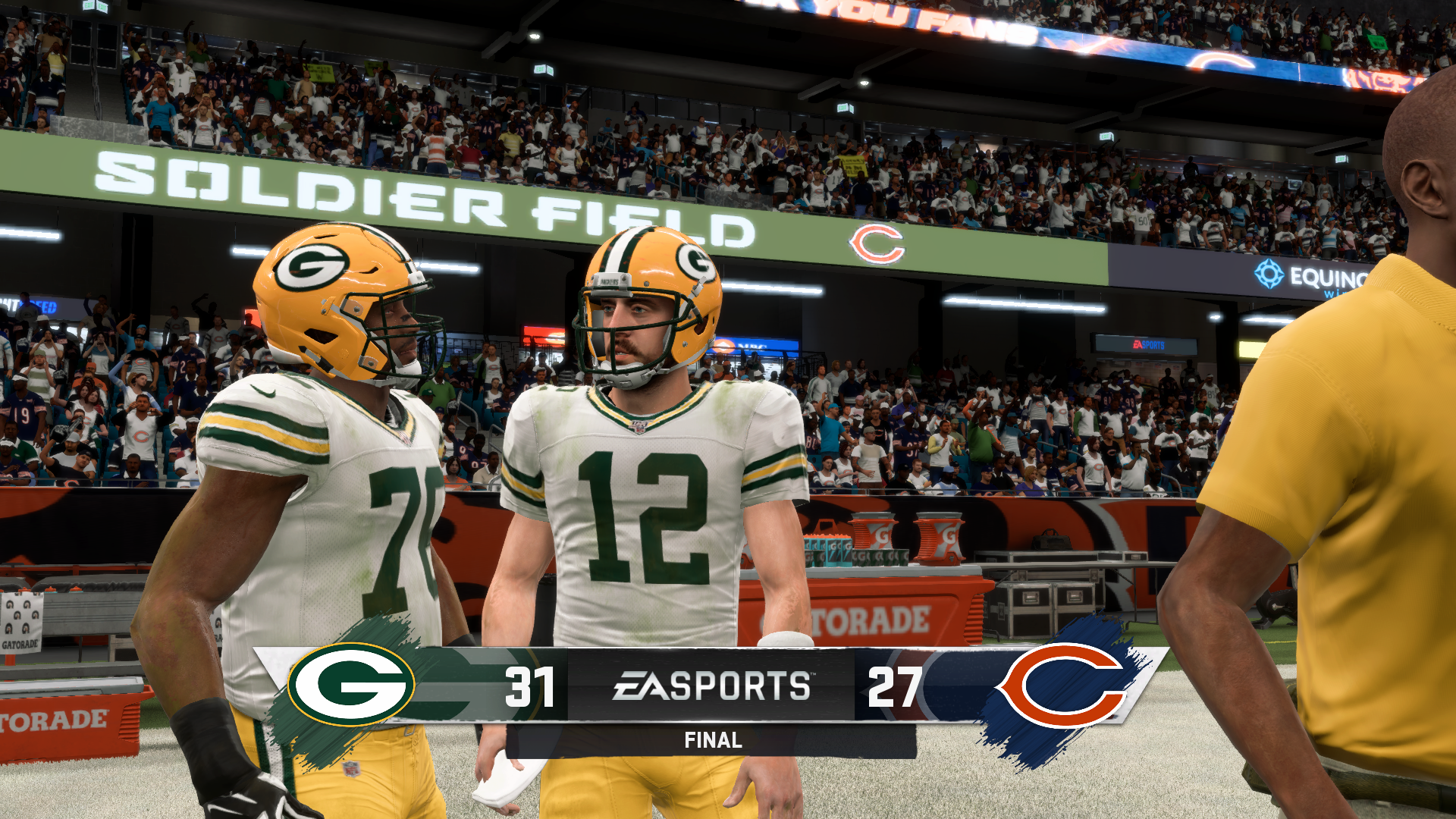 And the winner is…the Bears!

The Bears won 12 of the 20 games I simulated and as mentioned above a lot of the games were very close and came down to the last couple of possessions. The Bears rarely led heading into the fourth quarter but were able to pull out the win in most cases. The one part I thought was interesting is that each team scored the same total points over the course of the simulations. While the Bears won the most games, I think this one could be pretty close when the teams play tonight.

A few of the writers wanted to chime in with their picks and the overall feeling is that the Bears will pull this one out. Both Darklife and Und3rdog10 both picked the Bears while Mulehorn117 went with the Packers. Darklife is banking on Trubisky to lead the Bears to victory while Und3rdog10 is banking on the Packers lack of defense and Rodgers age for the Chicago win. Our resident Canadian, Snakedoctor98 even chimed in saying the Browns…

Personally I think the Bears are going to pull this one off, but still wouldn’t be surprised if the Packers and Rodgers find a way to win. The Bears defense is great but is poised to take a step back from last year since they lost their Defensive Coordinator and probably won’t get as many turnovers as last year.