Kingdoms of Amalur: Reckoning was one of the games that should have done so well but it was plagued with behind the scenes issues that ultimately doomed it. Now eight years later, THQ Nordic has brought Kingdoms of Amalur to a new generation of gamers.

A Rocky Return to the Faelands 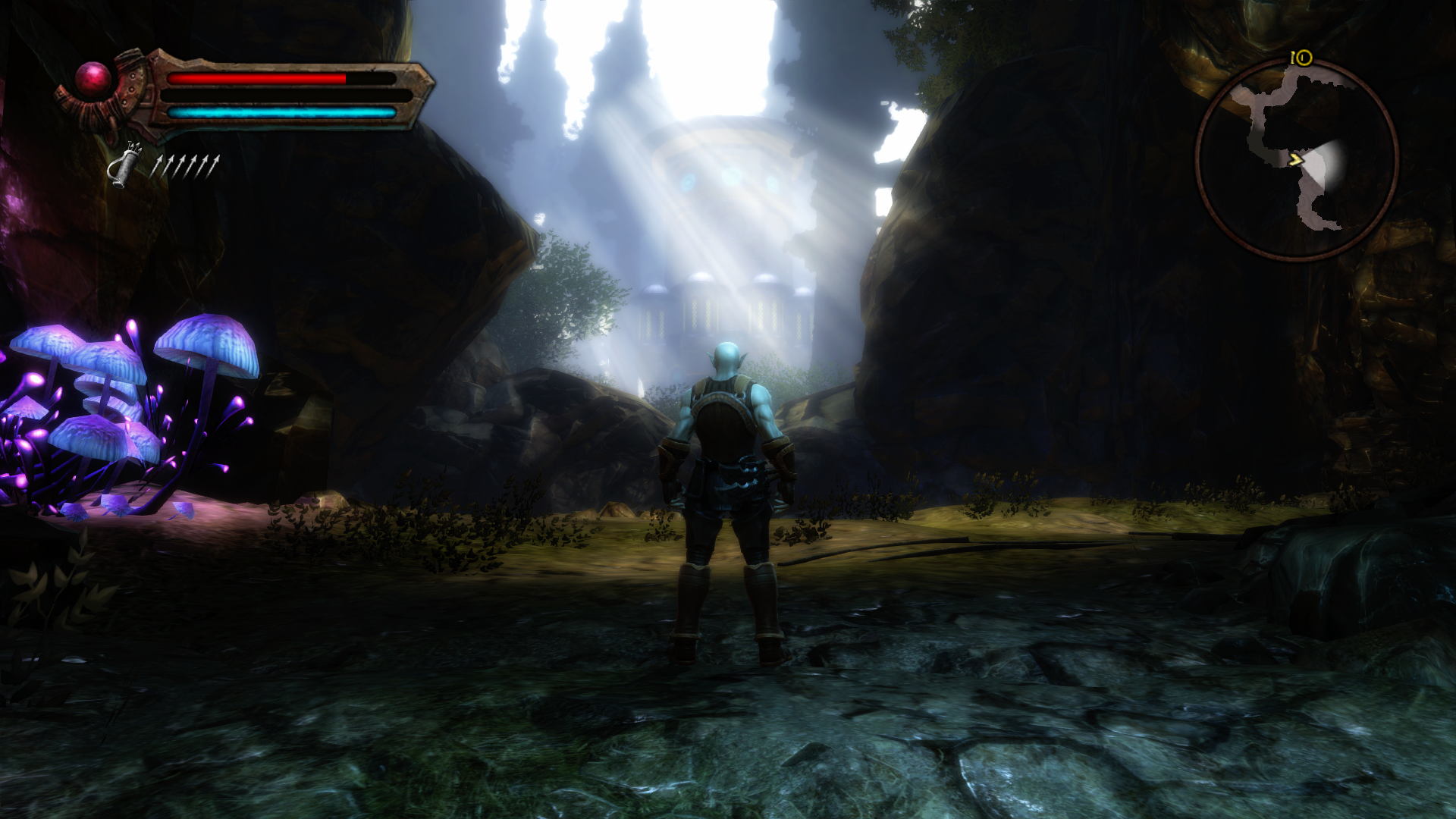 When the game re-released on September 8, 2020, it didn’t quite go as planned. Those who pre-ordered the Fate Edition of the game were given access to the game a day early, but the critical Day One patch had not released yet. That patch included most of the under-the-hood improvements as well as the new Very Hard mode and made playing early basically useless. To make matters worse, the Day One patch didn’t land on Xbox until day two. It made the wait for the game a few days longer for me which while frustrating wasn’t the worst thing in the world. I had waited months for the game already what’s a few more days? It was, however, disappointing that I couldn’t really play early but the Fate Edition does include the new DLC coming out in 2021.

Shortly after the remaster was announced I jumped back into the original game through Xbox’s backwards compatibility to get a feel for the game again. It was good to see where the game came from and have a nice measuring stick for the newer version. I was surprised at how well the original held up to current games. The art style is very fantasy heavy with bright colors and fantastical settings/creatures. This only gets better in the re-master.

The team at THQ Nordic also worked on fixing some of the flaws in the original, like how loot in a region was generated at the time you first accessed the region. Now, loot in chests is generated when the chest is opened so you get better loot now. I have noticed better loot while playing the re-master and am always excited to see what’s coming in the next chest.

The game is a lot of fun and feels even better than the original. This has always been a hidden gem in the gaming world with a good story (written by fantasy writer R.A. Salvatore) and engaging combat. It was also one of the earlier games to open up the typical fantasy game class system. It is very flexible allowing (and almost encouraging) creating hybrid classes. One of the themes of the game is fate and how your character doesn’t have a predetermined one. This plays into the class system by allowing you to use Fate Cards to further define your class.

There are several different weapon types to choose from and each of them has their own strengths and weaknesses. You can have two equipped at one time and the flexibility with weapons allows you to define your own playstyle to go with the skills and perks you choose. I have found myself switching between the heavier Great Swords and Hammers, and the more versatile Long Swords to the fast daggers and Faeblades. I love adjusting my weapon load-outs to suit the current objective and having the flexibility to specialize in several types.

Not everything is perfect in Kingdoms of Amalur: Re-Reckoning. I have encountered a few graphical bugs, which while not game-breaking, do detract from the immersion some. For instance, it’s not uncommon to see chests without lids or have some glitching occur when performing stealth kills. I have also had times where it looks like there is some loot on the ground but I am unable to pick it up. I think it’s leftover loot that I have already picked up but the visual cue is still there. Some of the bugs and issues from the original are still present in the re-master as well, which is not unexpected. You are still able to use crafting to become very overpowered without too much trouble. The launch was also pretty rocky (especially on Xbox) but things seem to have gotten better since and I haven’t encountered any game-breaking bugs in my time with the game yet.

Overall, I am really enjoying my return to the Faelands. The story is very engaging and there are so many side and faction quests to keep you busy. When it was originally released it was ahead of its time with its class system and had a sprawling story. I also enjoy the little bits of humor sprinkled in with the side quests and responses you can give. There is a side quest involving a character who stole someone else’s identity but due to a potion that is wearing off becomes less intelligent each time you talk to him. The writing makes an otherwise mundane fetch quest fun to complete.

If you missed out on Kingdoms of Amalur: Reckoning, I definitely recommend picking up the remaster (which includes all of the original DLC). Even if there are some bugs and glitches, it holds up well and is still a lot of fun to play. I’d give it an 8.5 out of 10 and that could rise as bugs get fixed and the new DLC gets released.

kingdoms of Amalur remaster the nordic