Nothing can prepare you for the journey into the abyss of madness that is Joker. Todd Phillips’ newest movie gives viewers a new perspective on the Joker and his origins. It is a darkly disturbing take on the iconic villain that has been captivating audiences for decades.

When WB announced a Joker standalone film, the DC films were not in a good place with most critics and fans. When Todd Phillips and Joaquin Phoenix were attached to the film, this drastically changed expectations. The film marks the first solo feature of the polarizing villain to date. Let me first clarify that this is indeed a stand-alone film and not attached to any of the other DC films. This is also a new and original interpretation of the Clowned Prince of Crime.

When the film debuted at the Venice Film Festival it received an eight-minute standing ovation. To say the film was an instant hit with critics is an understatement. Early buzz on the film was generating a lot of attention. With the amount of attention and raving reviews, it was only a matter of time before the unwanted attention came. What followed was a full blitz from several media outlets labeling the film as controversial and stating that it encourages violence. Combine that with a heightened sensitivity due to current events, the film began to take on a whirlwind of hysteria. The film is controversial. It also unapologetically tackles issues that do not receive proper attention like mental illness and failing social service systems.

Who Created the Monster? 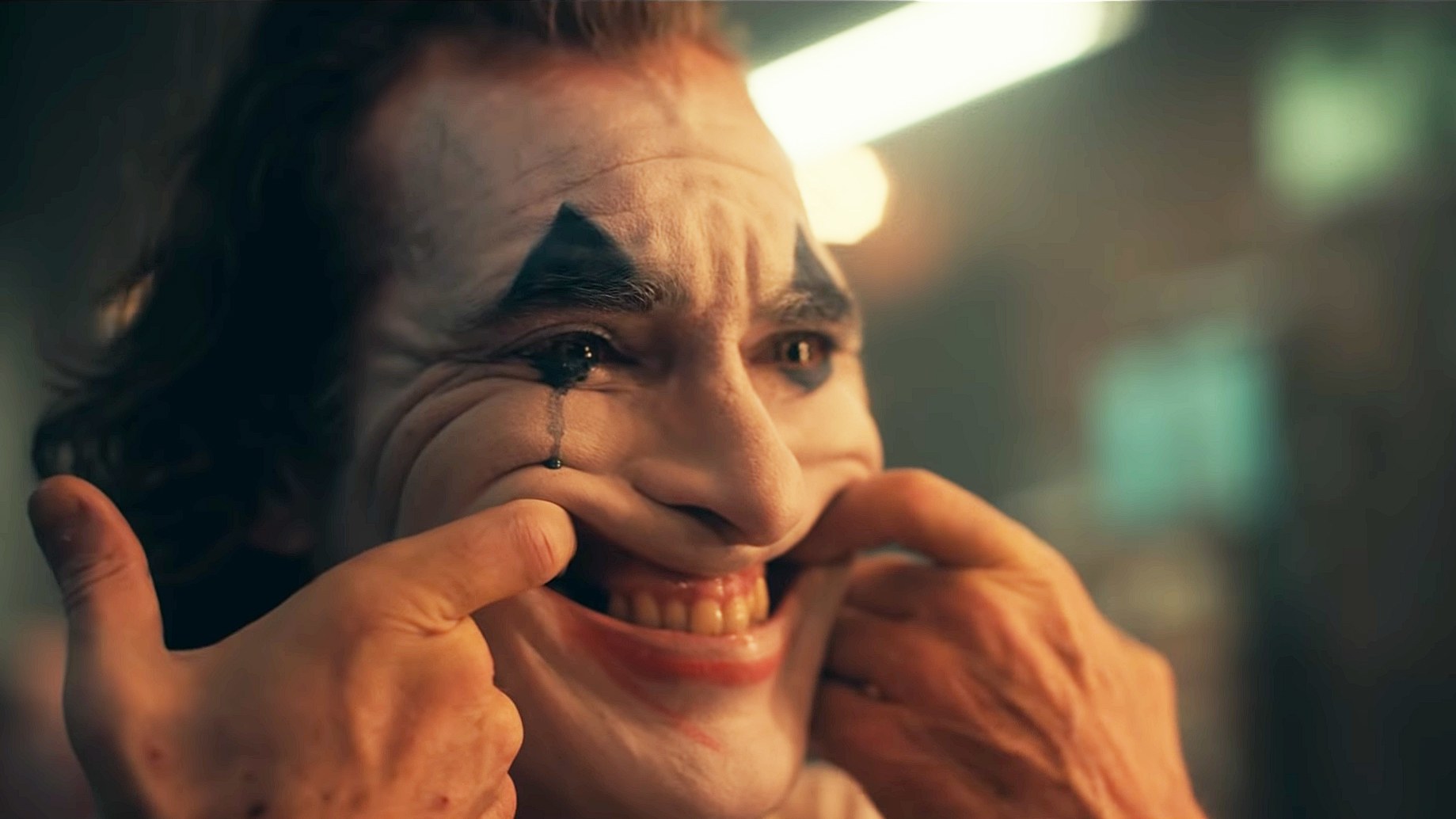 The opening scene finds Arthur Fleck (Phoenix) looking into the mirror as he applies his clown makeup. Arthur is a clown for hire and it’s clear in these opening moments that he’s a man battling demons. The film follows Arthur’s personal battles with abuse, bullying, and mental illness. Living with his mother and struggling to get by, this version of Gotham City is cruel and unforgiving. The people that make up the city are awful. It is Arthur’s troubled past coupled with the damage created by living in these dark times that destroy Arthur the man. Once there is nothing left of Arthur, that’s when the Joker is born.

There are many parallels to the often cruel and unrelenting world we live in today. Are monsters born, or do the people that fail and terrorize the less fortunate create monsters? This is one of the essential themes of the film, the old nature versus nurture dichotomy. Everyone that Arthur admires and loves ultimately fails him. Society labels him a freak. Does this not happen in our society today and yet no one, “bats an eye?” This bold statement is something that Phillips does not shy away from and is something that should be celebrated.

Cinema At Its Finest

The entire film has an underlying tension that carries it from frame to frame. At times the score, fueled by violins, creates tense moments. The soundtrack fills the theaters with moments of beauty, triumph, and horror. The cinematography carries many of the scenes where there is no dialogue, yet the scenes say so much. Every moment in the film feels incredibly intentional and unnerving. Todd Phillips has created a world that feels relatable yet taboo at the same time. We know that the protagonist is the villain, yet we somehow empathize with him as he is beaten down until he has nothing left to lose.

Joaquin Phoenix delivers one of the finest performances in his career. Phoenix is sensational in every moment he is on screen. The range of emotions, the expression of pain, and the transformation of Arthur that is on display is engrossing. This tragedy captivates you from the opening scene and never lets you go. Phoenix captures the essence of a broken man who’s suffering and empowers him to become an unstoppable force. A monster fueled by madness. Arguably the most impressive feat this film pulls off is not falling into the category of comic book film. This is Gotham City and while there is plenty of references to excite fans of the comics it does not feel like a comic book film. 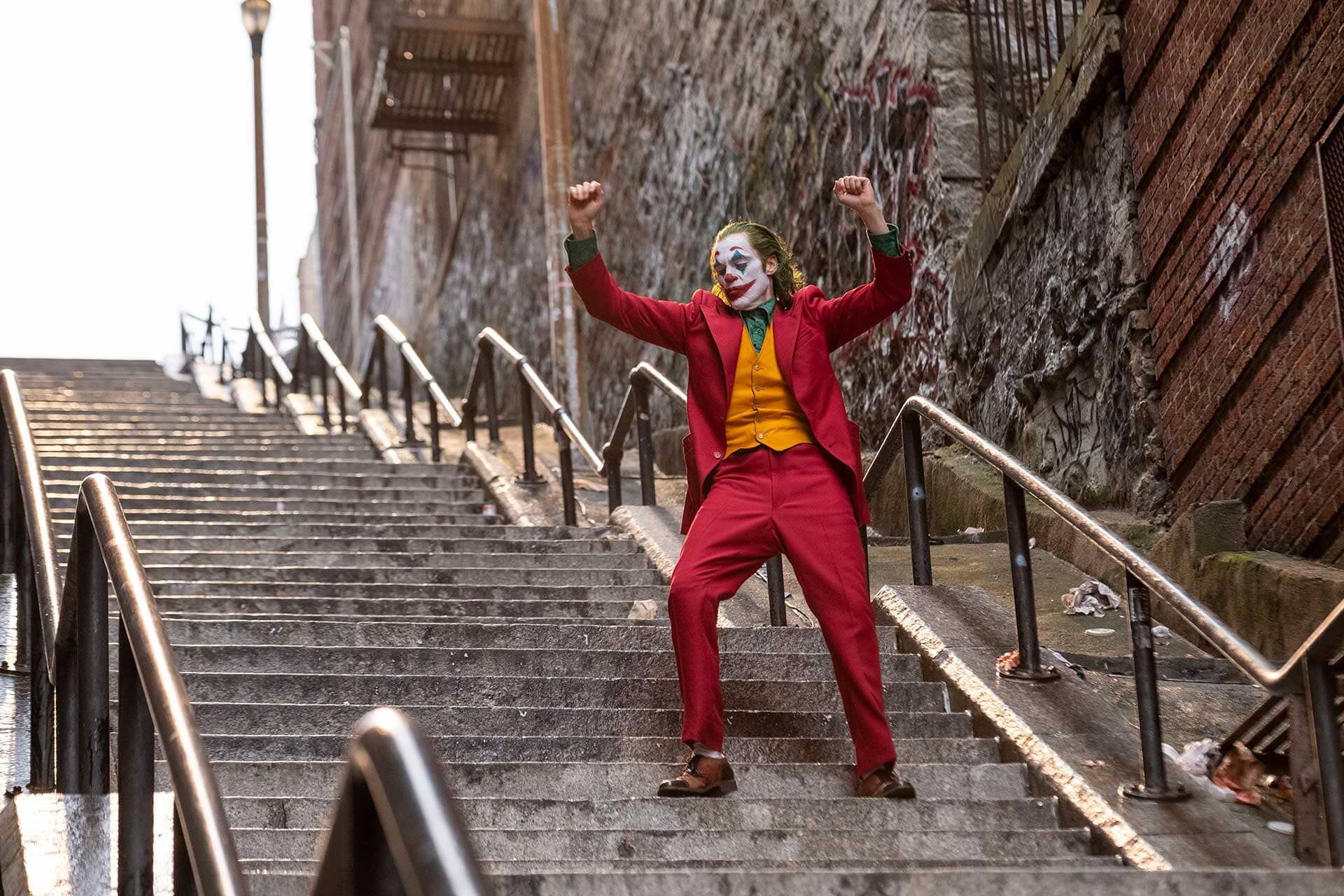 In terms of on-screen Jokers, Cesar Romero gave us the clowned prince. Jack Nicholson gave us the crime boss. The late Heath Ledger gave us the anarchist. Joaquin Phoenix delivers the most sadistic and believable madman ever portrayed. By films end, this Joker is absolutely brilliant yet terrifying.

The film is an undeniable work of art. Joaquin Phoenix’s ability as an actor and Todd Phillips’ dark vision create a story that will stay with you long after you leave the theater. Arthur’s haunting journey into darkness is violent, disturbing, and horrifying. Joker is a juggernaut of a film and in terms of art, it’s a masterpiece!

Arthur Fleck is a failing comedian who falls victim to the violent nature of Gotham City. Abandoned by society, Fleck descends into madness before returning as the villain the Joker.
10