On 5/27/2021, PlayStation’s semi-regular news presser “State of Play” introduced gameplay for the upcoming PlayStation exclusive title “Horizon Forbidden West.” The official trailer dropped last year, so fans were excited to see what else Guerrilla Games had in store.

Horizon Forbidden West is the sequel to the highly acclaimed title Horizon Zero Dawn, which was released for the PS4 in 2017. Since then, it has seen a DLC expansion and massive upgrades for its versions on both PC and PS5. Horizon Forbidden West takes the protagonist, the unique and heroic Aloy, on a journey farther west in what once was the United States. Here, she must find the origin of the blight, and end it in order to preserve humanity and the many cohabitating creatures living amongst it.

Simply put, the gameplay trailer showed viewers that Guerrilla Games took everything good about Horizon Zero Dawn and built upon it, and how. The trailer boasted stunning scenery in and around what was formerly San Francisco, new tools for Aloy to use for traversing around the environment, new machines, and a gripping new plot.

The setting of Forbidden West takes place along the coast of what was once California, as captured in the gameplay trailer. The remains of the Golden Gate Bridge were also spotted, providing more credence to the location. Giant kelp grass could be seen in the trailer’s underwater showcase, along with a bustling ecosystem of fish, plant life, and of course, machines. The developers noted that one of Aloy’s new tools, the Diving Mask, allows for unlimited submersion underwater allowing for optimal exploration and traversing around the underwater world. 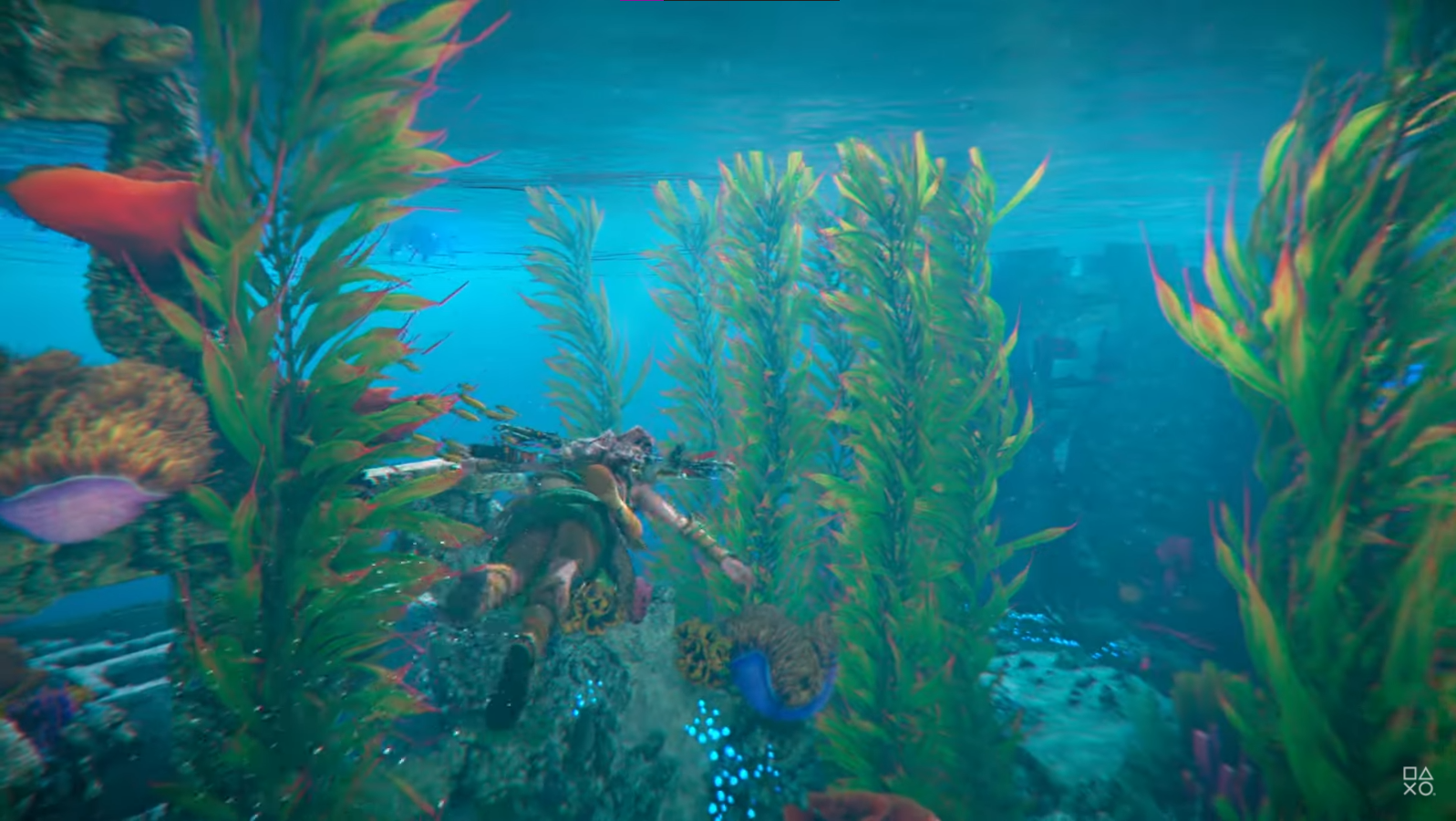 More new tools that Aloy can use in Horizon Forbidden West were showcased in the gameplay trailer. These include the Focus Scanner, Pull Caster, and the Shield Wing. All are intended to help Aloy traverse and use the environment to get the advantage in combat, stealth, and exploration. 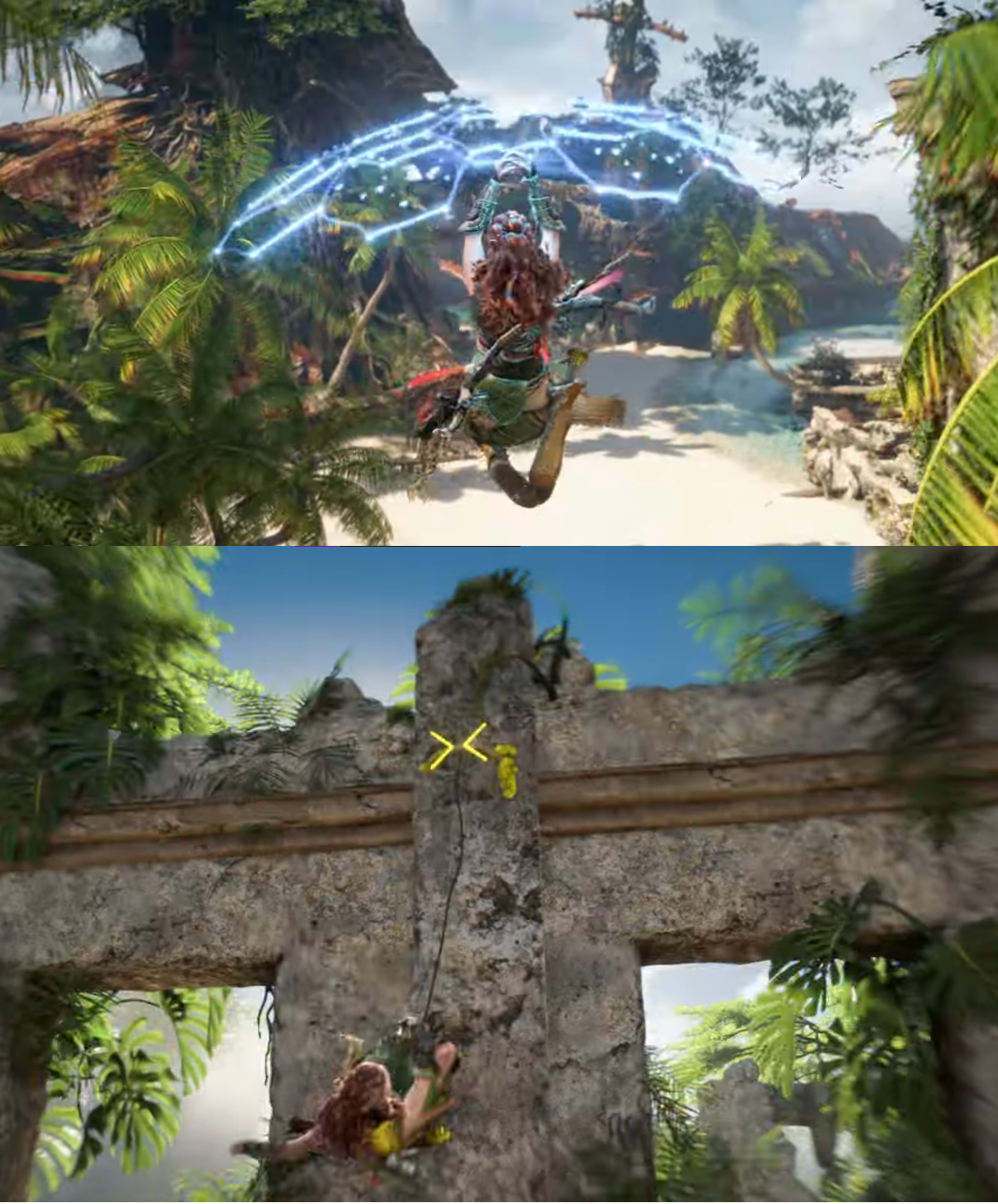 The combat was also showcased, featuring a mix of melee, explosive, and ranged gameplay that fans of the franchise are familiar with. The trailer featured new weapons and explosives alongside old favorites featured in Horizon Zero Dawn. During the trailer, the weapon wheel could be seen briefly, showcasing a broad new selection of ways to confront enemies of all types. 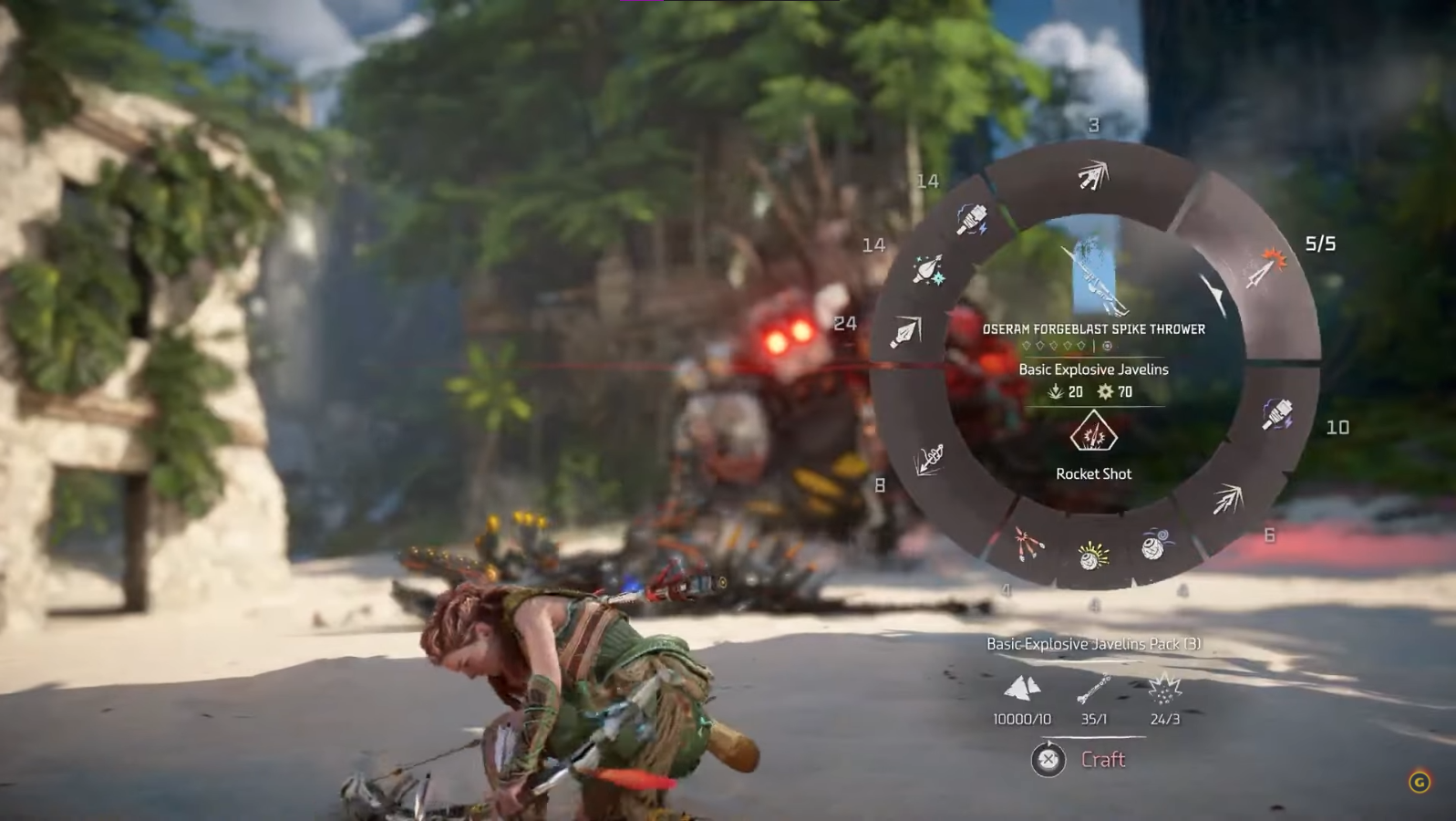 The gameplay trailer breathed new life into an already well-loved franchise. While there was no release date announced, the trailer confirmed that it will be releasing on both PS4 and PS5. All signs so far indicate this could be a 2021 title, but only time will tell. The footage captured for the gameplay trailer was on a PS5. It will be interesting to see if the PS5 and PS4 versions are optimized differently to ensure that for those purchasing on the older console, they are still getting a top notch gaming experience.

Keep an eye on mulehorngaming.com to ensure you don’t miss any Horizon Forbidden West news. Always remember to BLOW IT UP! And most importantly Stay Rad.

Why the Xbox One X Will Fail – Prestige at a Premium