At last, the day has come, and the Xbox Series X and its Xbox Series S counterpart have been released into the wild. I was fortunate to snag a preorder and was as giddy as a kid on Christmas morning when I saw the FedEx truck pull up. But was the wait and the price tag worth it? The short answer: depends on what you’re looking for.

What’s in the Box?

Microsoft has taken a page out of Apple’s playbook, making the unboxing moment feel special. Just like that satisfying moment the lid slides off your iPhone box and you pull off the screen protector, Microsoft’s packaging makes this feel like the premium product that it is. Raising the lid reveals a nicely packed monolith begging to be touched by human hands. The marketing inside is a bit cheesy, but I’ll allow it. 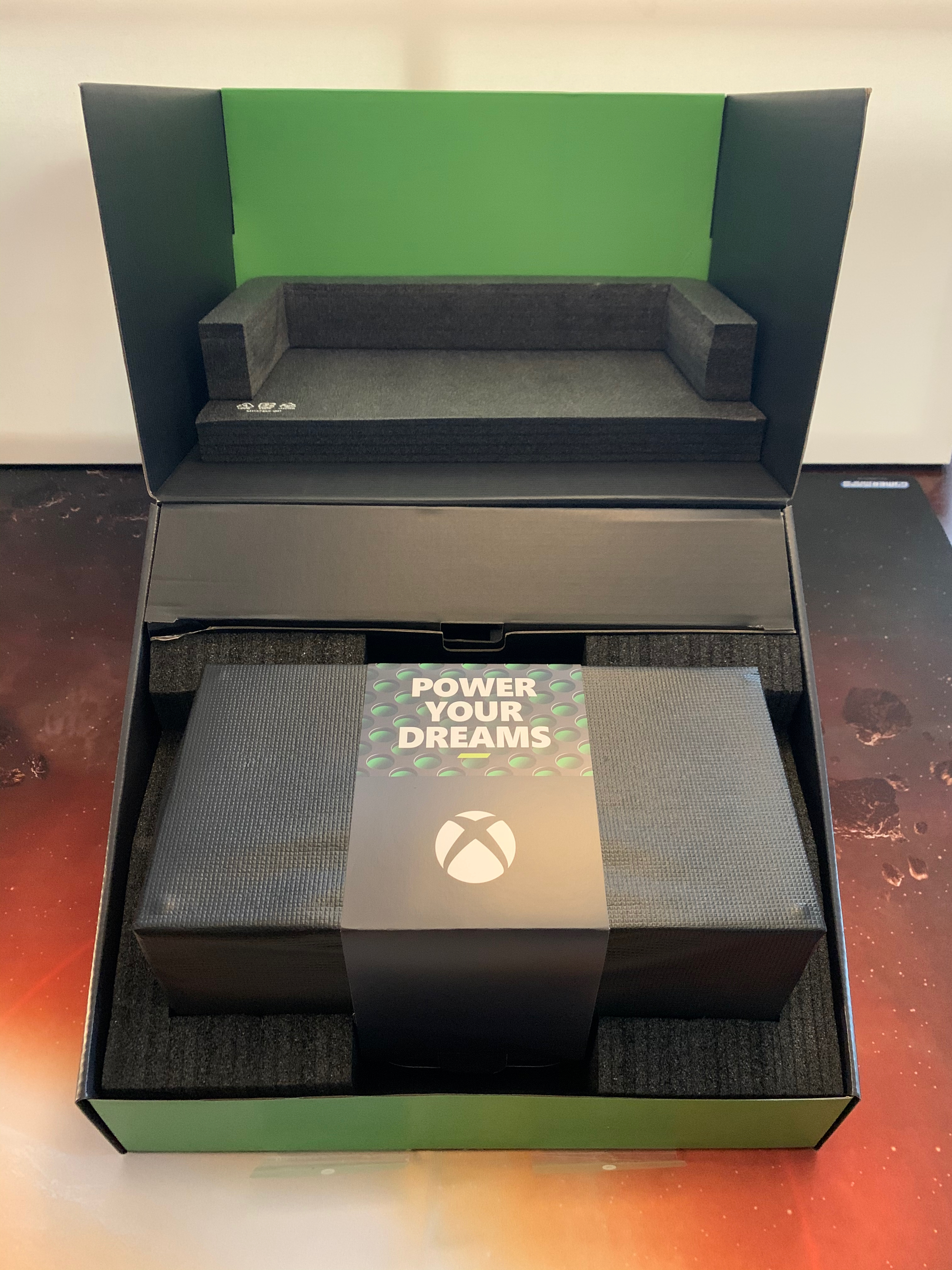 Hidden elsewhere in the box are a brand new Xbox Series X controller, power cord, and an Ultra High-Speed HDMI cable. This specific HDMI cable is a nice inclusion, though admittedly overkill for nearly every gamer purchasing the Xbox Series X console. What makes this HDMI cable special is that it follows the HDMI 2.1 standard necessary for driving an 8K display — which the Xbox Series X can absolutely do. It’s a nice bit of future-proofing, but not common. So unless you’ve got an 8K television or monitor with an HDMI 2.1 port, this is excessive.

Making the Most of Your TV

While we’re on the subject of HDMI ports, it’s important to consider exactly what your TV or monitor is able to handle. One of the most lauded features of the Xbox Series X is its ability to deliver high powered 4K gaming at 120 frames per second. The Xbox One X promised a similar experience, delivering games natively in 4K at 60 frames per second.

In order to determine whether an Xbox Series X is worth the price tag is to check the specs of your TV online, in the owner’s manual, anywhere you can find it. You’ll want to make sure that your TV supports 4K video resolutions (3840 x 2160 or 4096 x 2160) as well as a 120 Hz refresh rate. For the uninitiated, Hertz (Hz) is the number of times a second a TV or other screen refreshes and redraws that image being sent to it. So if you’re using an Xbox Series X that is sending video at 120 frames per second to a TV that can only refresh itself at 60 Hz, the image that you’ll see on the screen is effectively only 60 frames per second.

In addition to your screen’s refresh rate, you’ll want to ensure that your TV’s HDMI supports the correct standard, either HDMI 2.0 or 2.1. This is tricky to determine as they’re not always prominently published and may only apply to some of the inputs on your TV. For example, my TV has 4 HDMI inputs, only 2 of which support 4K video. To figure out which ones they were, I had to explore deep in the user’s manual.

Probably one of my favorite things about the Xbox Series X is that it is fully backwards compatible with Xbox One controllers. You can use the ones you already have! This keeps extra money in your pocket that you can spend on games rather than re-buying additional controllers (cough, Sony, cough).

The Xbox Series X controller is nearly identical to the Xbox One controllers with a couple of minor exceptions. The first thing you’ll notice is that the grips have been retextured and feel amazing — though it’s no match for the Xbox Elite Wireless 2 (also still compatible with the Xbox Series X).

There’s now a dedicated Share button in the middle of the controller. The D-Pad has been redesigned as more of a wheel to include diagonals in addition to the basic up/down/left/right buttons. While your existing controller accessories such as the Chatpad will work just fine, the Micro USB port at the top of the controller has been replaced with a USB-C port. This won’t really matter unless you have controller charging accessories that rely on the Micro USB plug — in this case you may need to stick to regular batteries or find a newer charging solution.

The Xbox Series X comes with a 1TB SSD, but also supports storage expansion using an expansion slot on the back of the console, or by using an external hard drive over USB 3.0. I was able to take my existing external SSD from my old Xbox One, plug it directly into the Xbox Series X, and have it work immediately without needing to reinstall any of the games. However, it should be noted that for games optimized for the Xbox Series X, you’ll want those to be installed on the console’s SSD to take advantage of its speed.

For example, I love playing Forza Horizon 4 on my Xbox One X. However, loading was always a bit jagged and wasn’t always a smooth experience. Having installed Forza Horizon 4 on my Xbox Series X SSD — one of the titles that have been optimized for the console — loading times are much quicker, animations are more fluid, and button presses on the menus are much more responsive.

But What Are You Going to Play?

The elephant in the room that must be addressed is the lack of console exclusives or new releases to showcase the Xbox Series X and give it that “must buy” appeal. With the delays of titles like Halo and Cyberpunk 2077, one may find it hard to justify the purchase. However, Xbox has made sure to supplement that void with plenty of offers of Game Pass as well as ensuring the console is backwards compatible with as many titles as possible.

The bottom line is that the Xbox Series X is a very good console, both in terms of specs and pro-consumer moves such as backwards compatibility with games and accessories. However, given the niche nature of some of the console’s best features like 4K 120 fps gaming, it may not be ideal for every gamer right now. Gamers should ensure they have the right TV and other supporting equipment.

The Xbox Series X feels like less of a new console generation and more like when a PC gamer invests in some new hardware upgrades. The core experience remains the same, the accessories remain the same, your gaming library remains the same — just now you can do it all faster and at a better resolution. While this may be a smart play for Microsoft in the long run, it lacks the splash and pizazz that Sony is bringing with a wild new experience. But if you’ve got the right TV, the means, and the good fortune of finding an Xbox Series X this holiday season, by all means, jump on it.