Tom Clancy’s Ghost Recon Breakpoint is coming off the back of 2017’s very successful Ghost Recon: Wildlands. Ubisoft decides to stick to the open-world framework laid out in that game with the release of the latest entry to the series. The question is does it pick up where Wildlands gameplay left off or does the studio have to start over again? 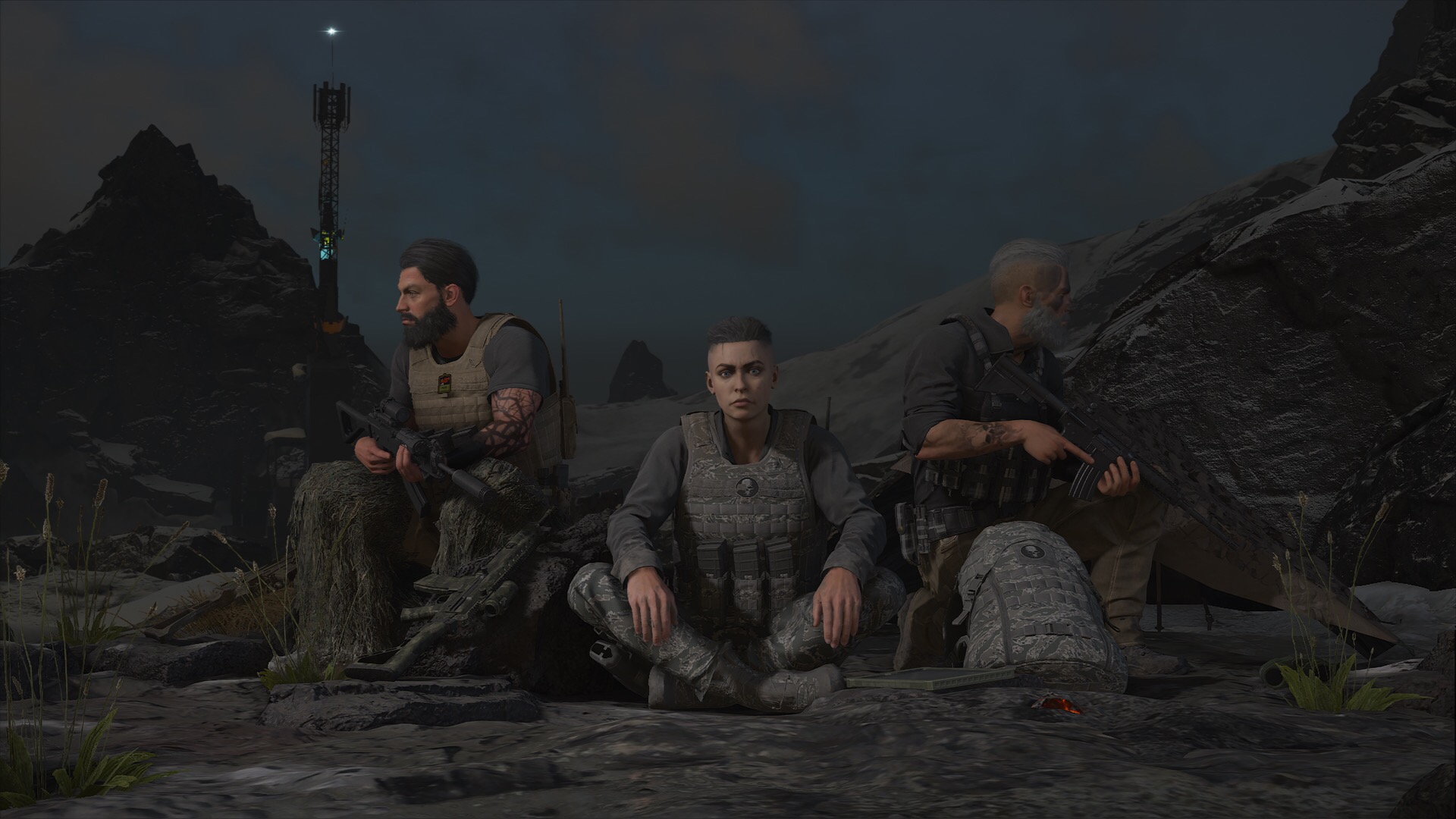 What is Ghost Recon?

The Ghost Recon series is a military tactical shooter and one of the oldest game series in the Tom Clancy universe going back to the original in 2001. For a series with 12 main entries, it is no surprise that the game has gone through so many different gameplay style changes. The Ghost Recon series has always been compared with another Tom Clancy series, Rainbow 6. With Wildlands the game shifted to an open-world game and those comparisons stopped. Breakpoint takes the open-world gameplay set up in Wildlands and runs with it. The biggest difference being the tonal shift away from The Ghost versus a Drug Cartel to The Ghost versus other Ghost or Wolves as they are known. But more on that later. 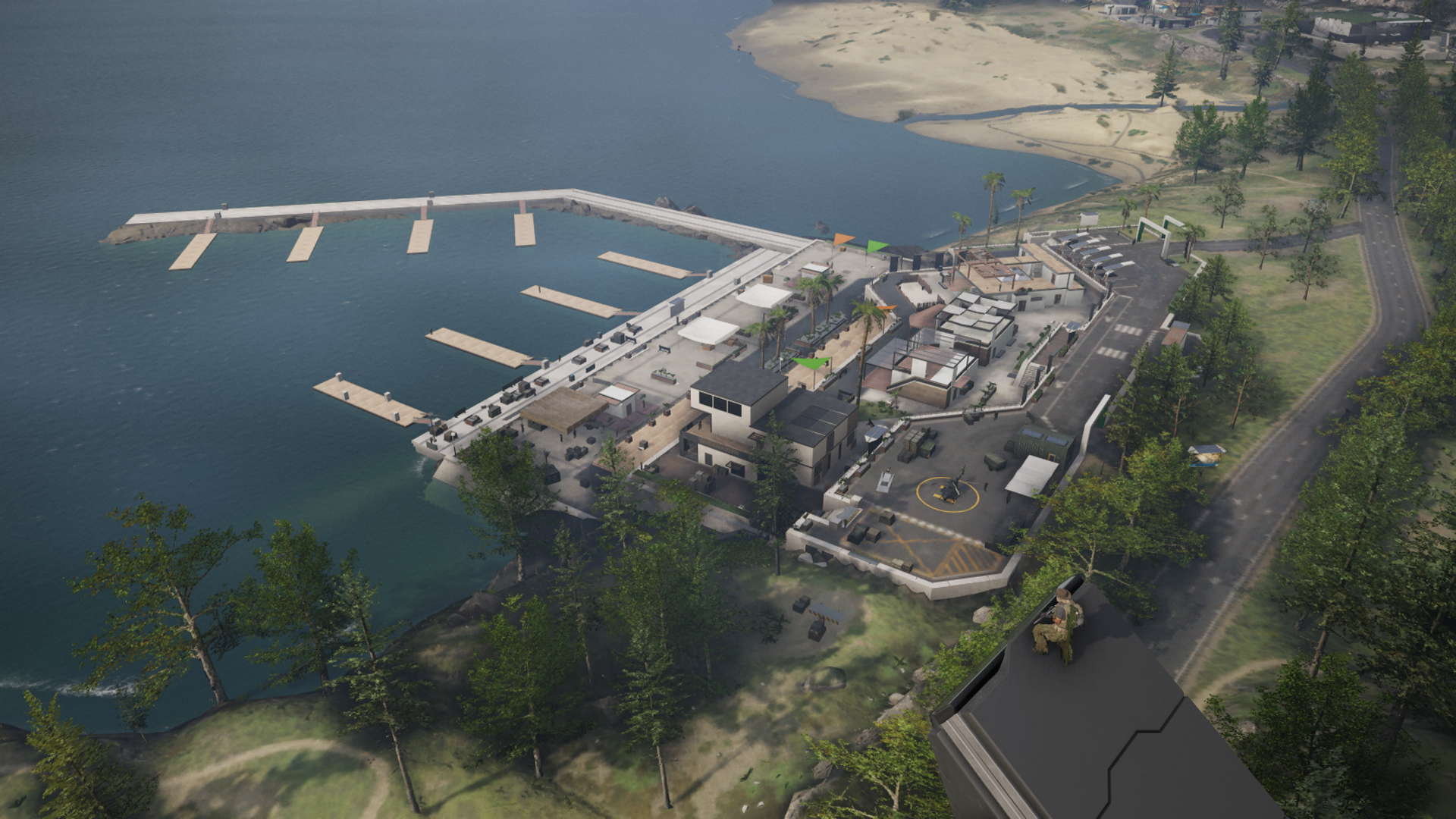 Breakpoint has some of the cleanest graphics I have seen in a Tom Clancy game. The game offers you a choice between higher frame rates or a 4k experience on the PS4 Pro and Xbox One X. There are several wildly varied landscapes and weather effects from rainy grasslands to snowy mountain tops. There is an awesome feature that lets you blend into certain surfaces like snow or mud to conceal yourself. At the same time, your character adapts to whatever they are taking cover behind. The game does suffer from slight visual glitches missing surfaces or pops in at times. The customization is well done but limited when it comes to creating a female character. You can keep your person looking exactly how you like once you find that sweet clothing setup by skinning your current gear. 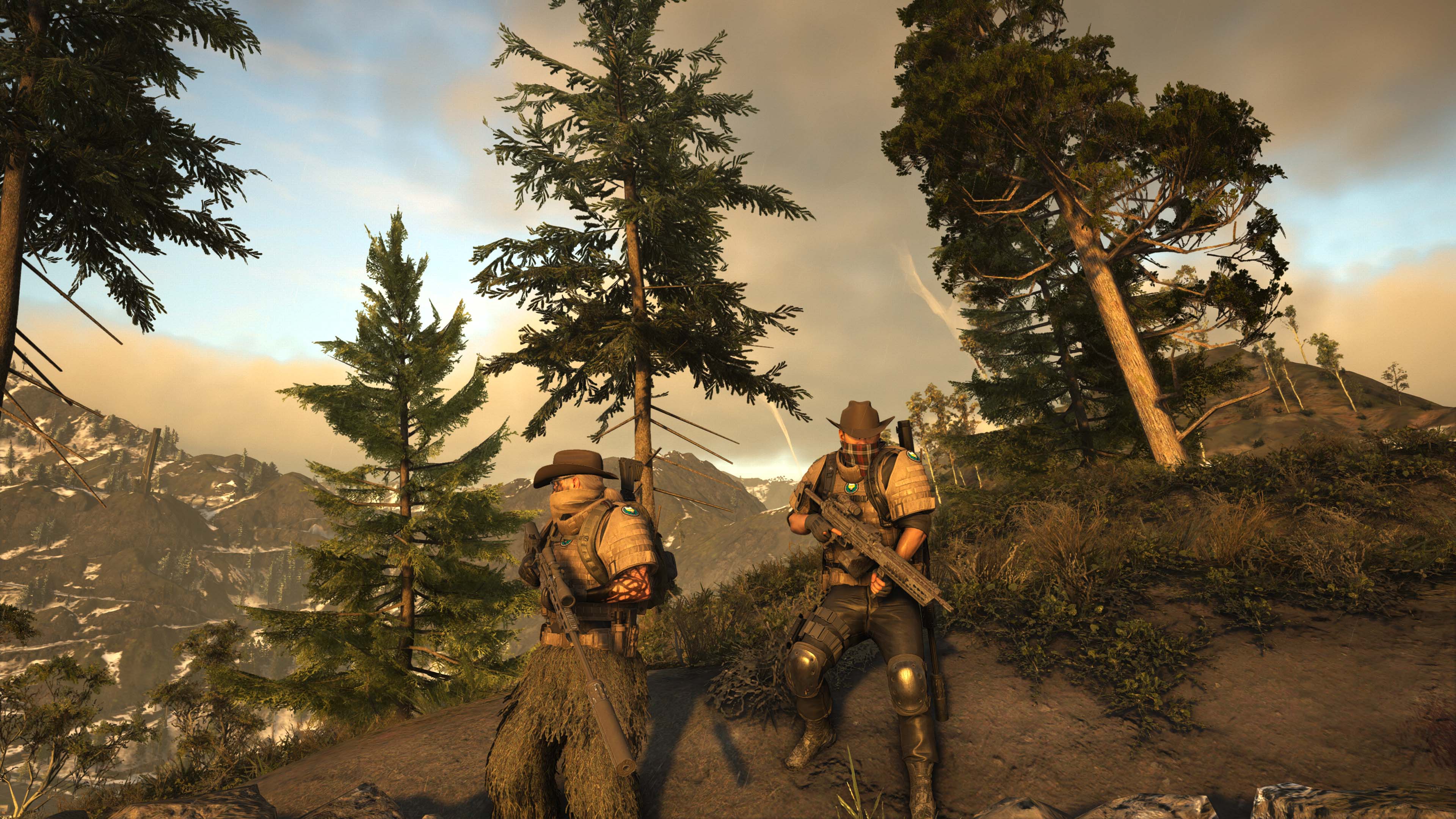 The weapons handle very smoothly and there is a nice choice to have to aim down the scope in 3rd or 1st person and able to change with the click of the right stick to adjust for different situations. The quests are all pretty standard. Go here and steal, kill, blowup, hack, spy, or escort. There are also world bosses in the form of high-tech tanks, drones, and Wolf camps. These are great areas to find higher tier loot or blueprints for guns. The enemies are not spongy like The Division. In fact, the armor people are wearing responds somewhat accordingly. If a person is wearing heavy armor it will take a clip of 9 mm rounds to kill vs 1-2 shots from a .50 cal round. There is a nice robust gunsmith system that lets you level up guns and add many different attachments. 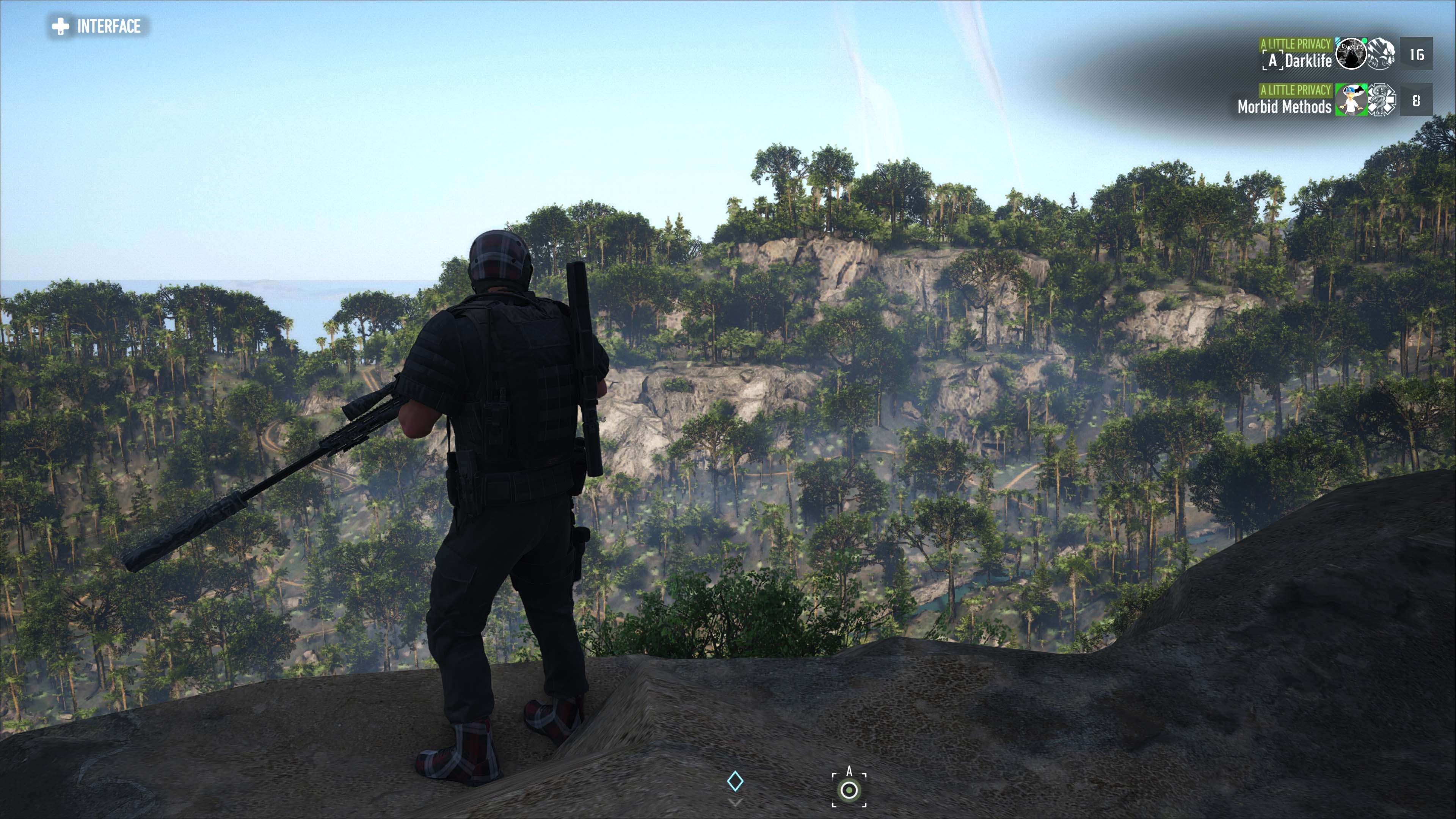 Breakpoint, like its predecessor, takes its story cues from action movies. The story takes an interesting turn in that the main antagonist was a Ghost as well. This changes how you have to approach the story and how as a player you handle engagements. With every other Ghost Recon game, as the Ghost, you may have been outmanned, but you had the technology superiority. Not this time; now you are both outmanned and outgunned. The Wolves have the most advanced tech on the planet, and you are consistently on your back foot. There is a hidden level of reasoning and intrigue that went into the story. Much of the information that explains what happened prior to the opening scenes is found around the map in varied locations. In the end, this story portrays itself as a simple revenge tale when in fact it is much more than that. 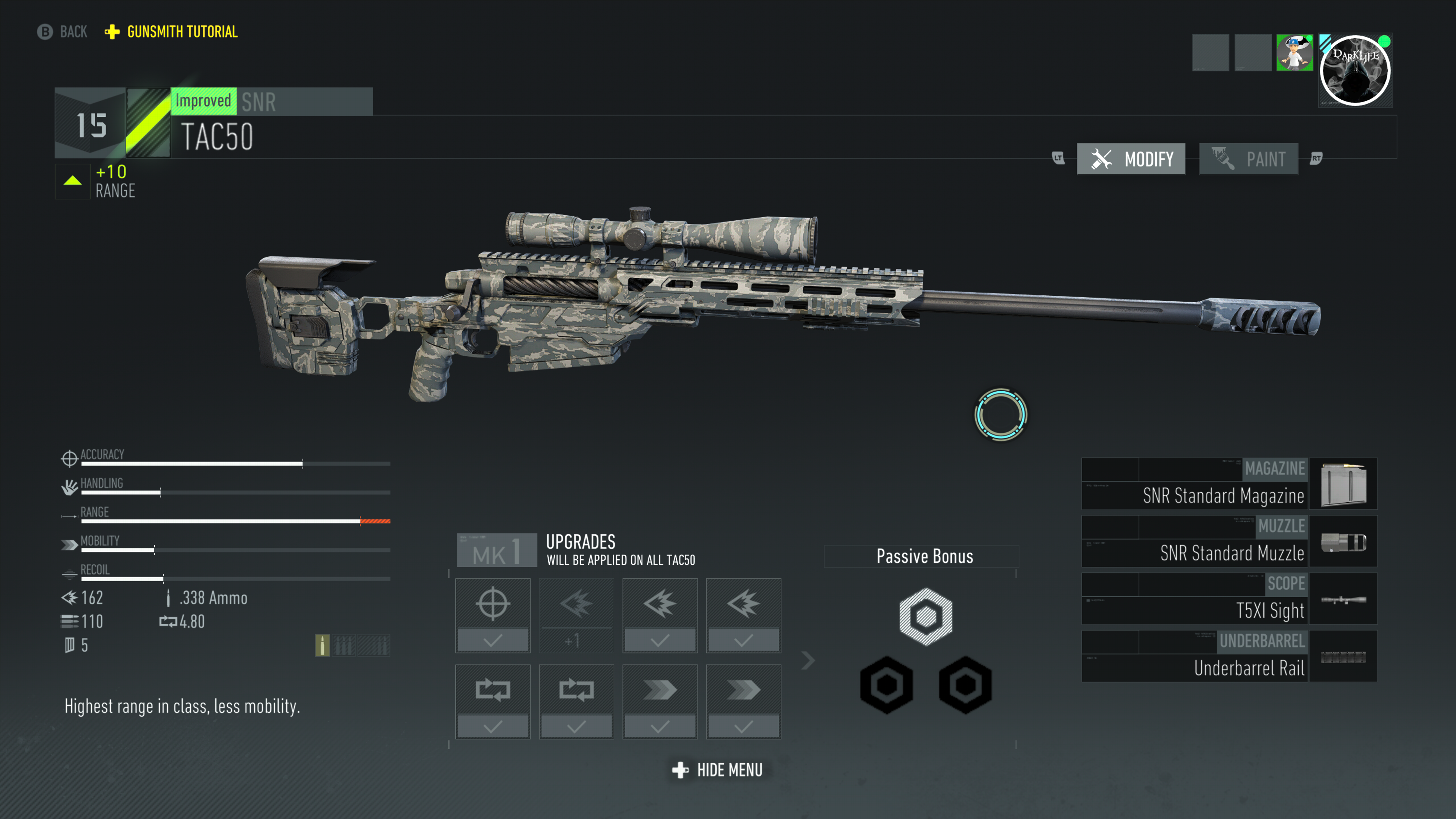 The multiplayer is incredibly tactical in its gameplay, it is also tied into the story in a very interesting way that didn’t make it feel tacked on to the overall package. The main game mode is still focused on the elimination of other players or planting a bomb in one of 2 sites. The twist to this is that many of the single-player features are active in multiplayer. Class items, healing bandages, and carrying squad mates all play part in this high-tension mode. My advice is, go in with a full team this way you can communicate and have better success. 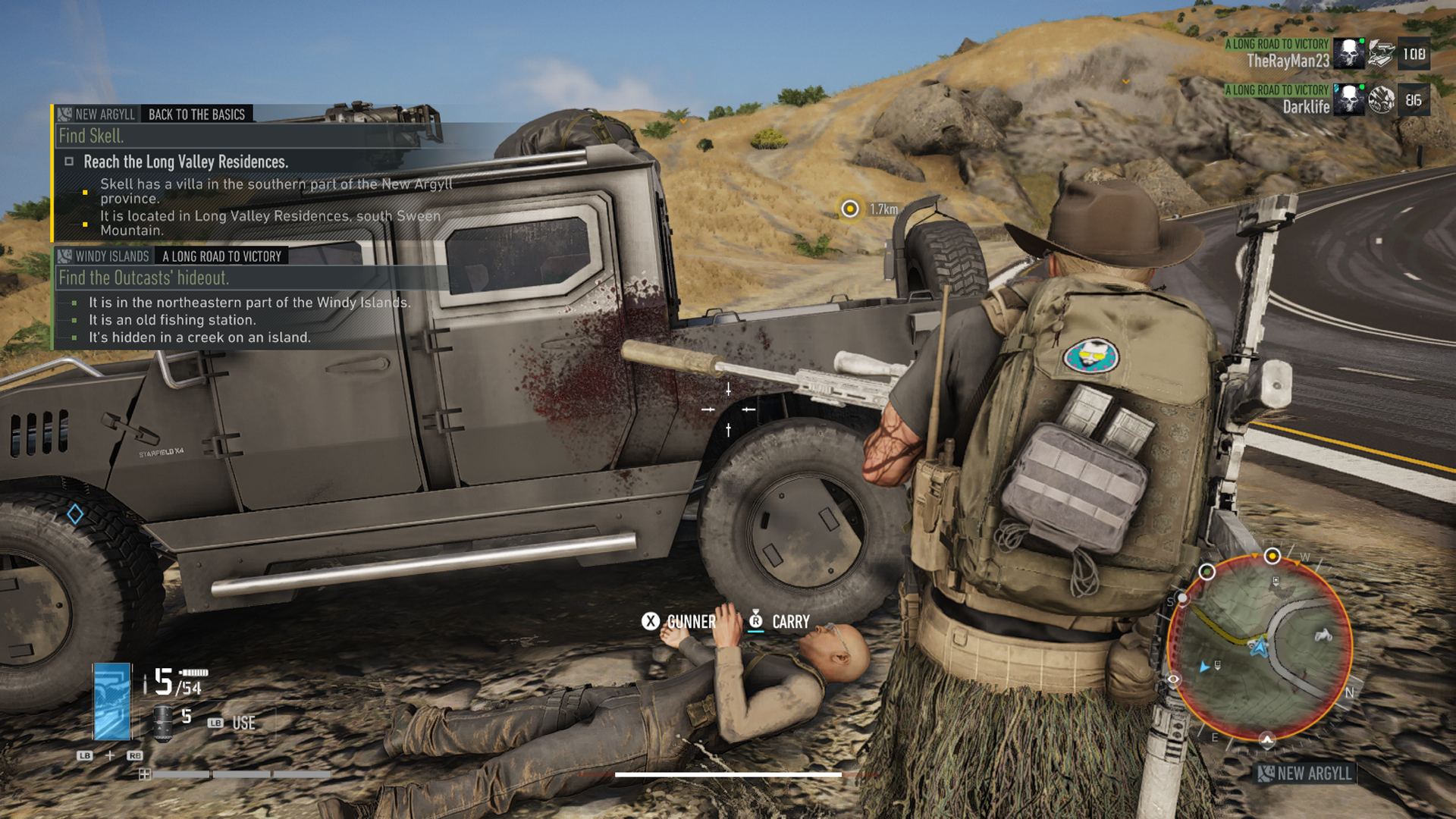 I would love to take the time to thank the people from The Shed Team and The Legion of Honor who joined me during my playthrough and provided some of the screenshots seen above. You can click their names to be taken to their Mixer page. Be sure to give them a follow and enjoy the content they provide. Snakedoctor, TheRayman, LOH_Vader, SorryKitten, and RBurt. 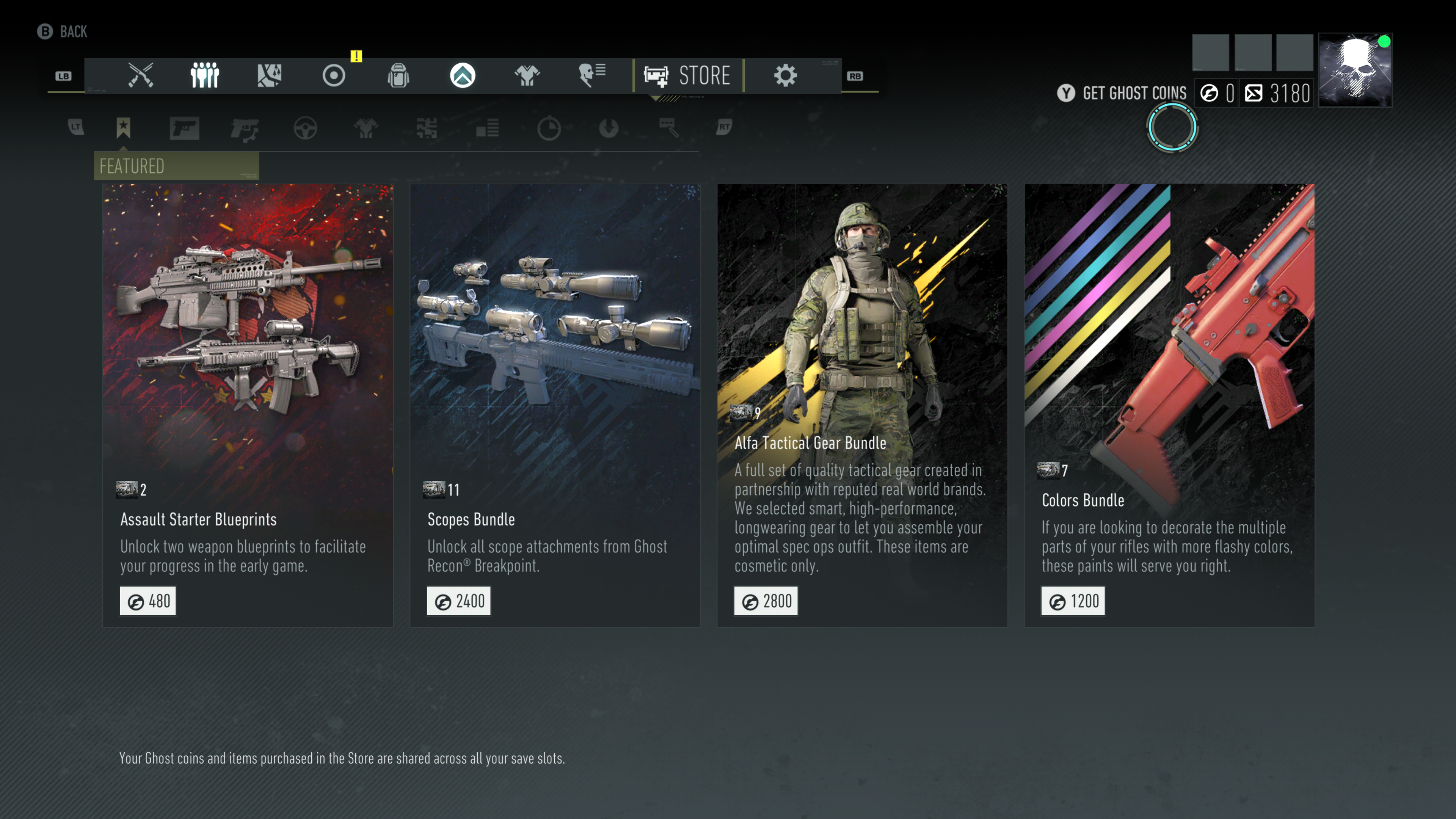 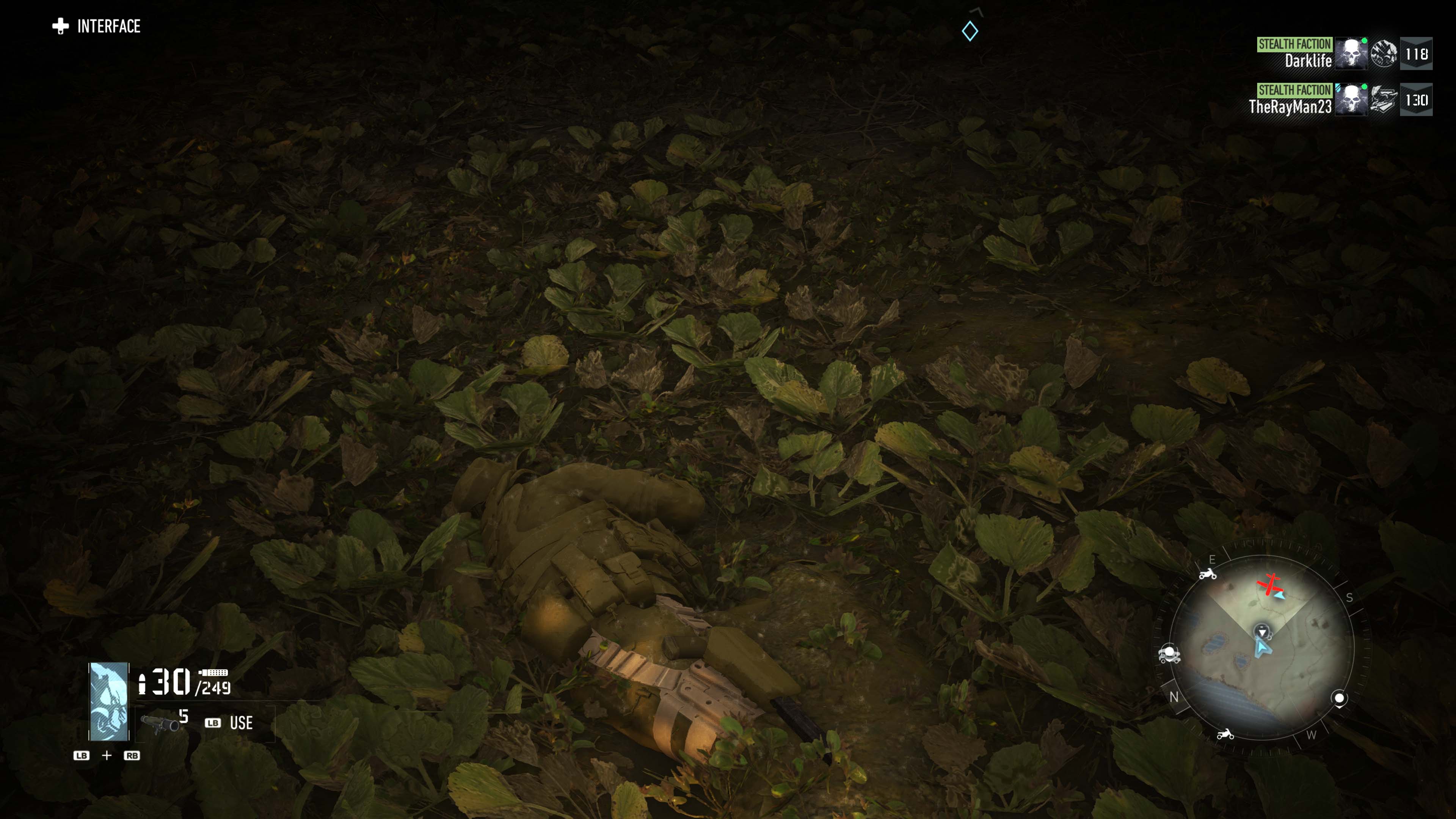 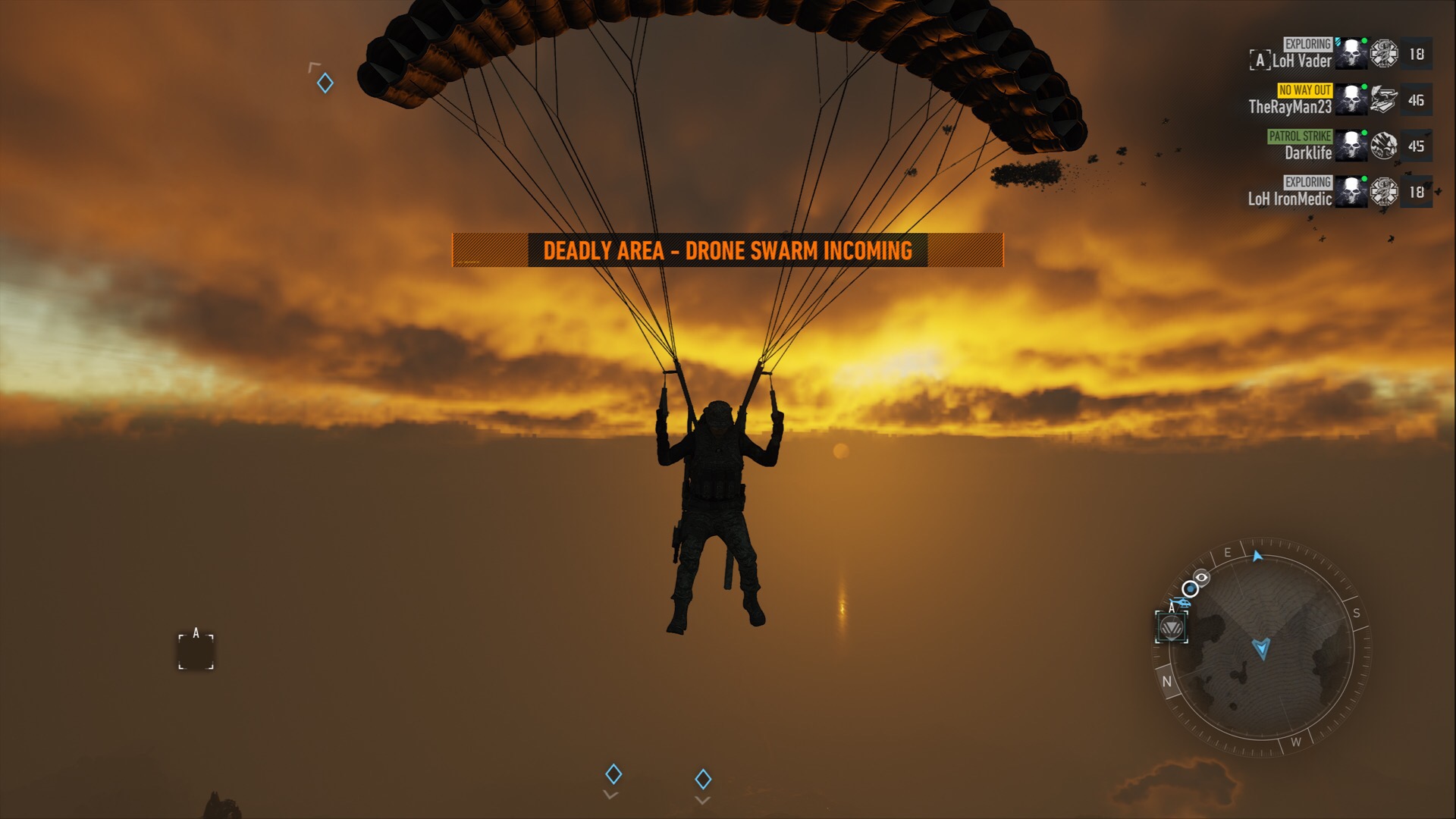 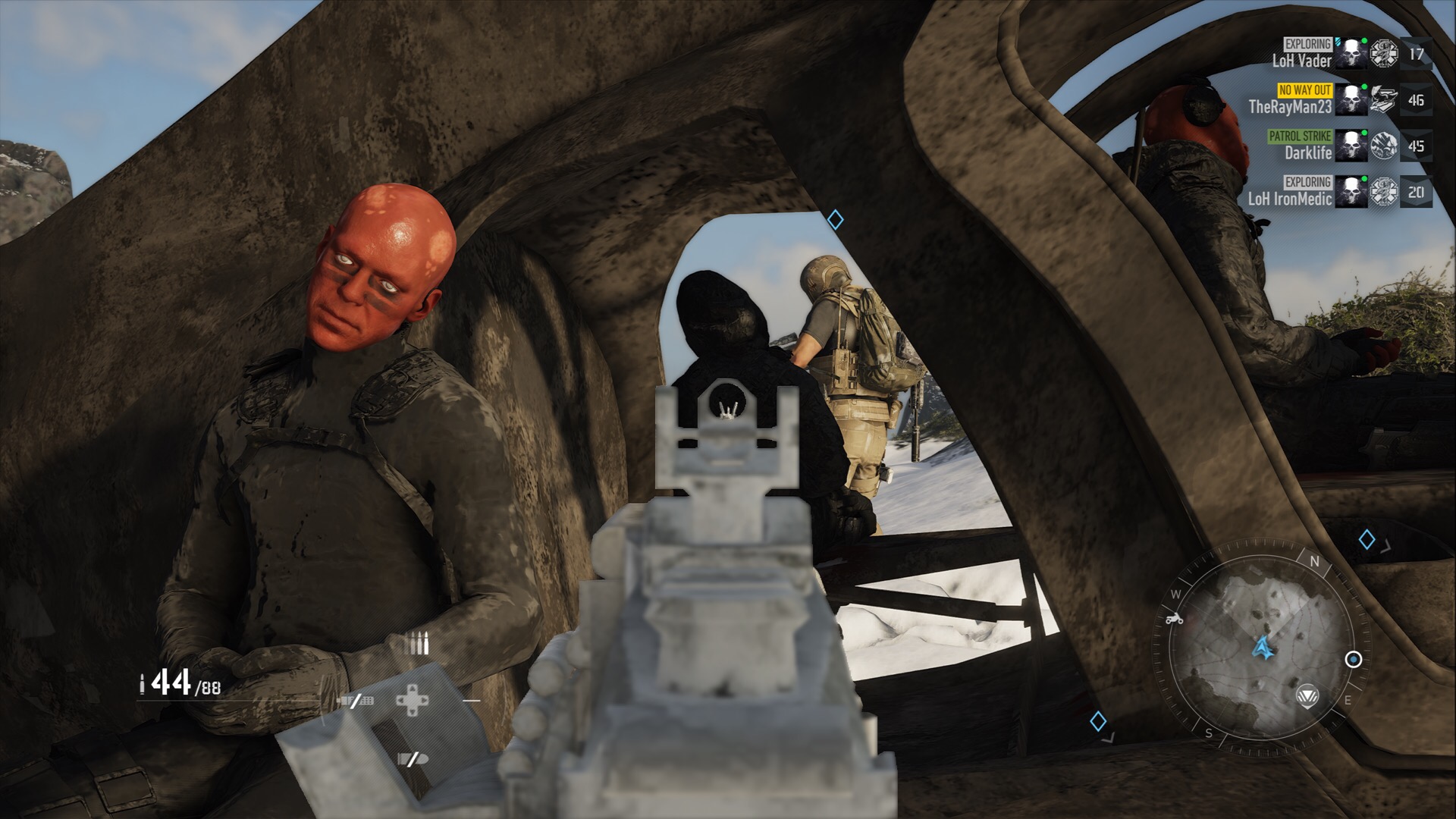 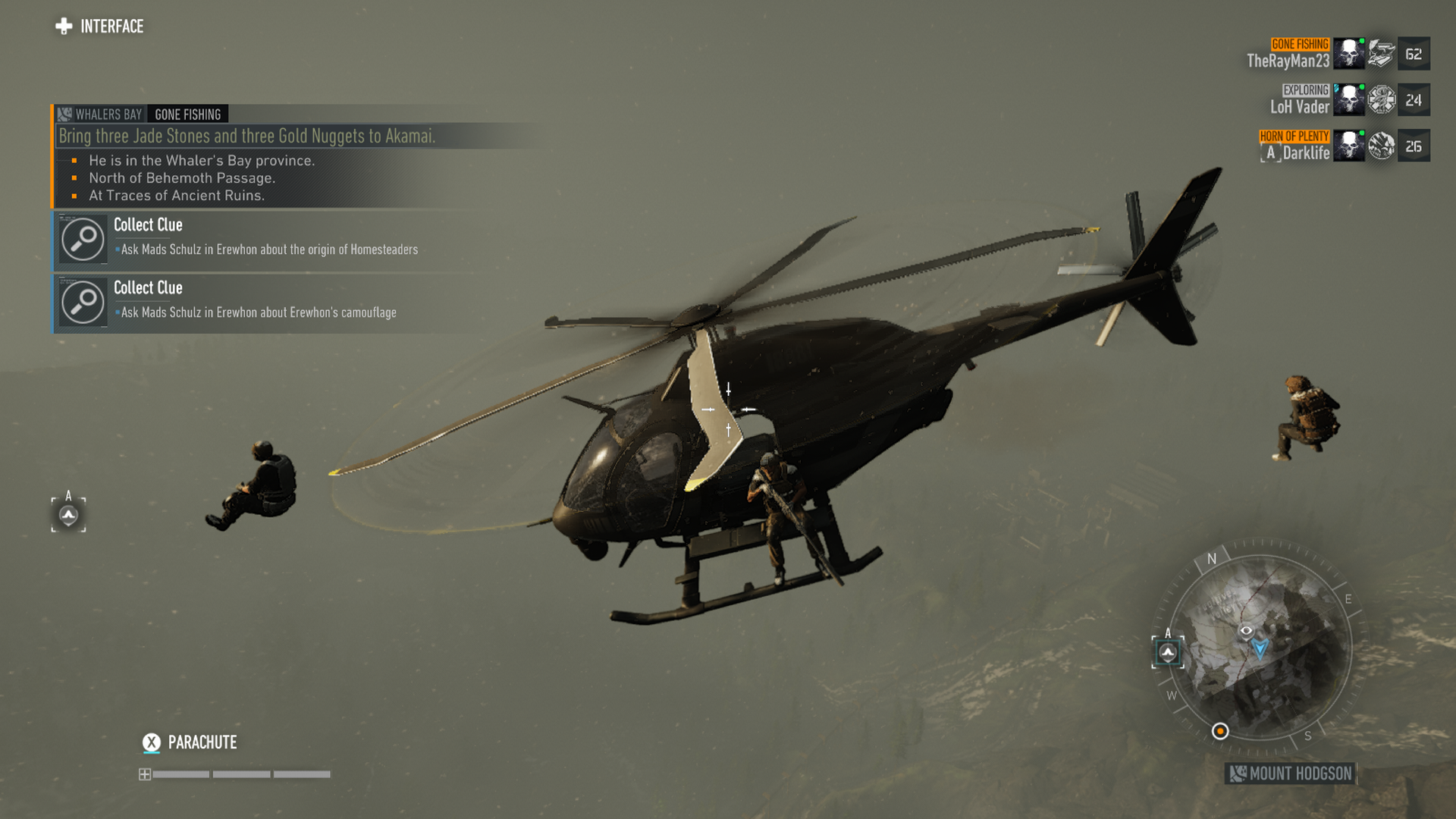 I felt that Breakpoint was an excellent addition to the Ghost Recon series and a good follow up to the changes brought about by Wildlands. The biggest differences were that while Wildlands had a lot more interesting bosses and plot, Breakpoint raised the tension and tactical mindset needed to truly succeed in the game. The addition of micro-transactions was so small that it is not a cause for concern. The only things locked behind that paywall are a few characters skins, all the other items can be earned with in-game currency. The only real thing that hurts this game is the multiple little bugs that can cause an inconvenience during a tense part in the game. As long as those things are addressed in a timely fashion the game will definitely have a solid player base for a while.

Tom Clancy’s Ghost Recon: Breakpoint is a great follow up to Wildlands. Its smarter A.I. and tougher enemies can lead to some great highs and some crushing lows emotionally. The game does a great job of making you want to explore all the little things and side missions. This all can get frustrating when the game randomly decides to bug out and not let you aim, change weapons, hide, or just randomly spawns you under the map. If you can ignore the bugs and have friends to play with this is a must-play for fans of the series.
8.5