Ghost of Tsushima was released on Friday, 7/17/2020 with thunderous applause. Early reviews of the game gave players something to marvel at even before experiencing the game itself. I was lucky enough to receive the title courtesy of MulehornGaming and was awake at midnight on Friday to get a taste. Since then, I’ve put about 10 hours into the game and am here to provide my first impressions.

It’s hard to talk about this game without discussing the cinematics. The early parts of the game are mostly cutscenes on a grand scale. The game feels like a movie with the sights, sounds, and story players are graced with in the first half an hour. I literally felt like I was playing a role in a movie. The prologue, which lasts about an hour, is also full of cutscenes and opportunities to learn the mechanics and controls. 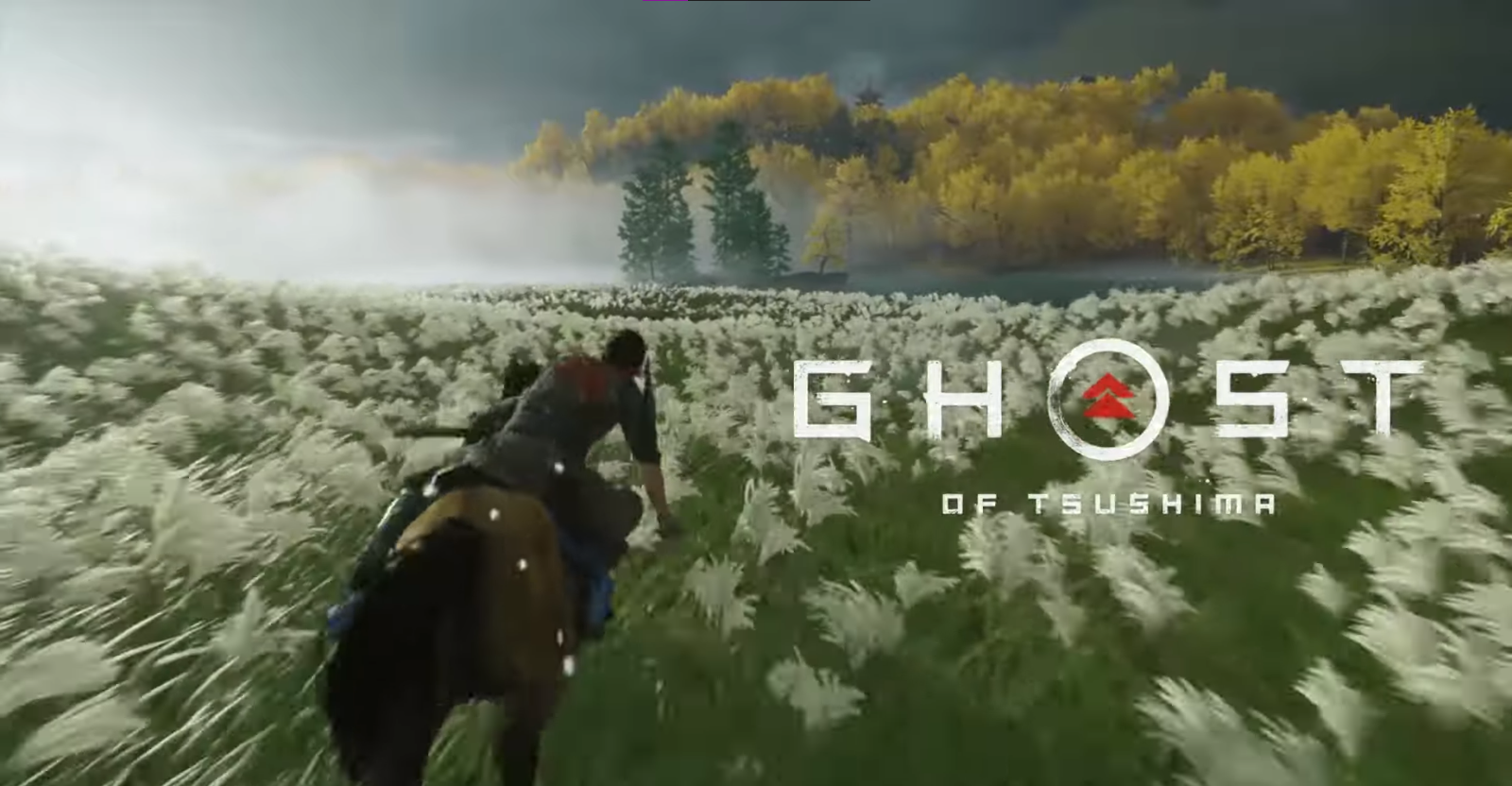 Once the prologue completes, the cinematics are back in a truly triumphant title screen. The music, the visuals, the emotion – I legitimately had tears in my eyes as I entered into the free world of Tsushima.

Even the small cutscenes within quests – called Tales – and talking with NPCs met along the way, the cinematics are some of the best I’ve ever seen in gaming.

For those keen on the fighting styles of Lord Jin Sakai, the combat is nearly flawless. My initial impression was its similarities to that of The Witcher 3 and Spider-Man. However, ranged weapons can be acquired, allowing the player to not only rely on melee and close-quarters combat. The combat feels natural, and the game provides a helpful tutorial during the prologue to learn mechanics akin to dodging, parrying, and quick and heavy strikes.

In true Samurai fashion, different stances can be learned throughout Jin’s journey, which are best used on different types of enemies. Stone, Water, Wind, and Moon stances are acquired, respectively, and can change the course of an encounter. 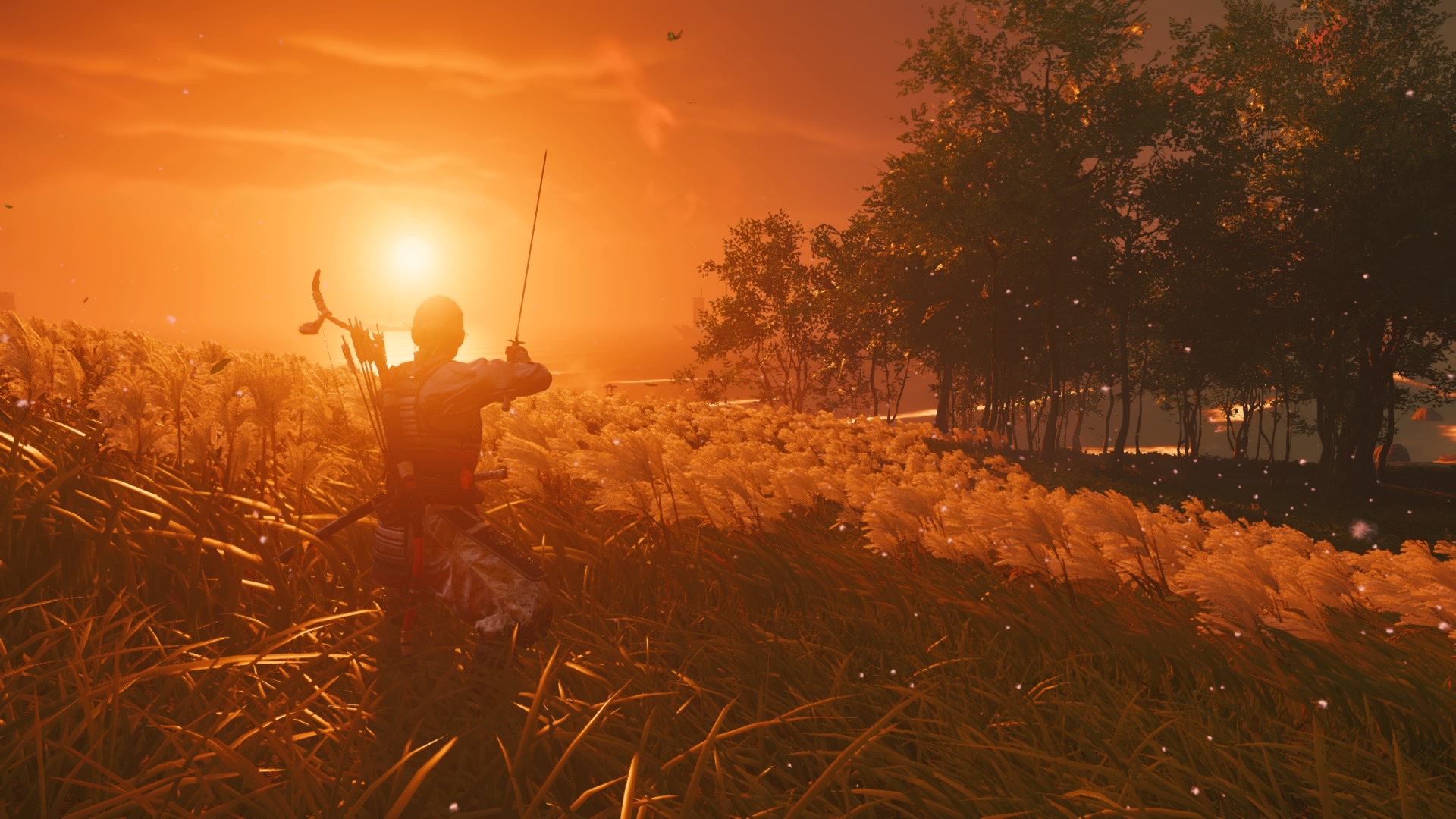 Of course, part of Jin’s journey is becoming the Ghost of Tsushima, so along with his Samurai training, he begins to learn the way of stealth, adding more combat mechanics and tricks up his sleeves. The player can choose whether an engagement is done with the stealth of a Ghost or the honor of a Samurai.

The open world in this game is not the largest in gaming, but it is one of the most beautiful. Every inch of the world of Tsushima is photo mode worthy. The environment is one of the most immersive I’ve ever experienced. Its serenity is captured by the all-but-absent HUD, which only shows up when triggered on the controller. Most of my ten hours in the game have been spent exploring the world and enjoying the scenery. The wind, birds, and smoke in the world are the cues, not a minimap or compass. 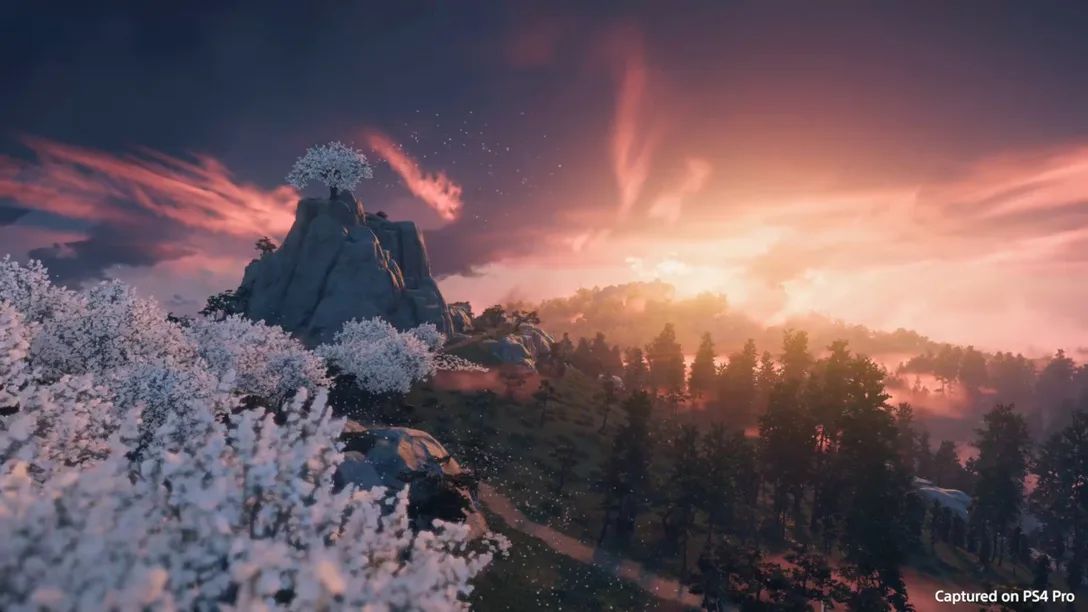 So far, some of my favorite aspects of this game are the collectibles and sites that the player can visit. My favorite being the haiku spots. I came across a haiku location very early into the game, once released into the open world. I have never experienced this type of mechanic in a game. The game allows players to build a haiku based on the surroundings near the site, and players are rewarded with a vanity item upon completion. The vanity item’s description is then the haiku related to that item. It’s a mindful, peaceful in-game activity that I was not expecting.

My overall first impression is that Ghost of Tsushima is without a doubt a Game of the Year contender. The world is so rich with serenity, beauty, and substance that this game cannot go overlooked. The reviews are spot on being so high, and my rating so far is 9/10. It’s all-but perfect – every game has its issues, but there are so few in this one, they’re almost forgivable.

I will be doing a full review of the game, right here on MHG, in the next week, so be sure to keep an eye out for that. In the meantime, be sure to check by the MHG Twitch channel for Mule’s playthrough, and check out more information about the game right here on the MHG website.

Be sure to Blow it Up! And stay Rad. Catch you guys soon.