The first episode, Winterfell, of Season 8 of HBO’s Game of Thrones premiered on April 14, 2019, after a nearly two-year hiatus. There was a lot to get through and the 54-minute episode did its best to set the stage for the season to come.

What Happened in Winterfell? 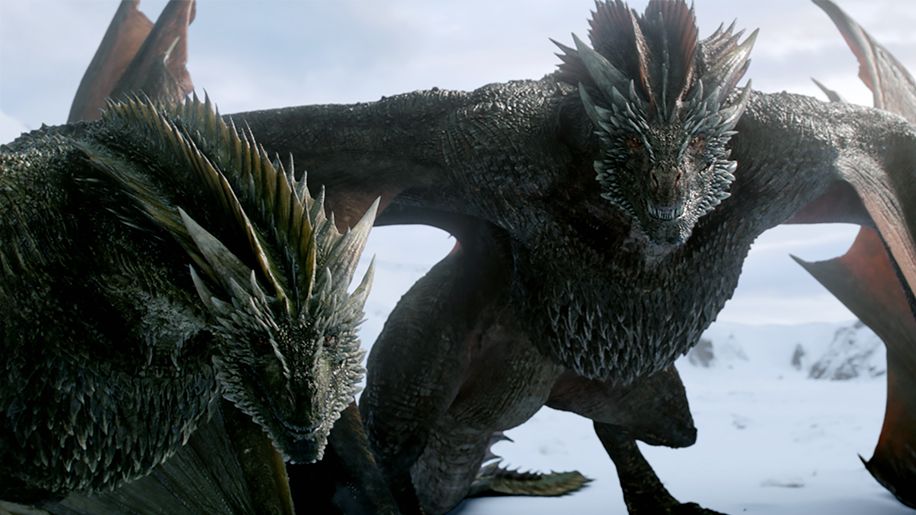 We start the episode in Winterfell with the arrival of Jon and Daenerys who were accompanied by two armies and two dragons. The opening scene, like many others in this episode, pays homage to the series premiere. We see a royal procession, like Robert’s, where a young child races to get a better view, as Arya does in the pilot. This is just one example of the similarities and it is truly a joy to see how far the series, and characters, has come. The citizens of Winterfell and its surrounding town do not seem overly enthusiastic about the arrival of Daenerys and her armies.

The meeting of Daenerys and Sansa does not go well as it’s clear that Sansa is jealous of Daenerys and what she means to Jon. Daenerys also seems to be distrustful of Sansa, which is seen in Sansa asks, “what do dragons eat anyway?” Daenerys simply responds with “whatever they want.” She gives Sansa a little smirk to accompany the snide remark. The two are clearly trying to show who holds more power and it’ll be interesting to see how this will play out this season.

One of the more impactful scenes in this episode is when Daenerys invites Jon to ride Rhaegel, which he reluctantly does. While the scene itself is a little rom-comy, the implications are huge. Hopefully, we will see Jon continue to ride Rhaegel and will bond with the dragon the way Daenerys has bonded with Drogon. Along with this, Sam tells Jon who he really is at the urging of Bran. He confronts Jon in the crypts of Winterfell, which is also a callback to the series premiere and tells him his true parentage. Jon struggles with the revelation and I can’t wait to see how it’ll play out. 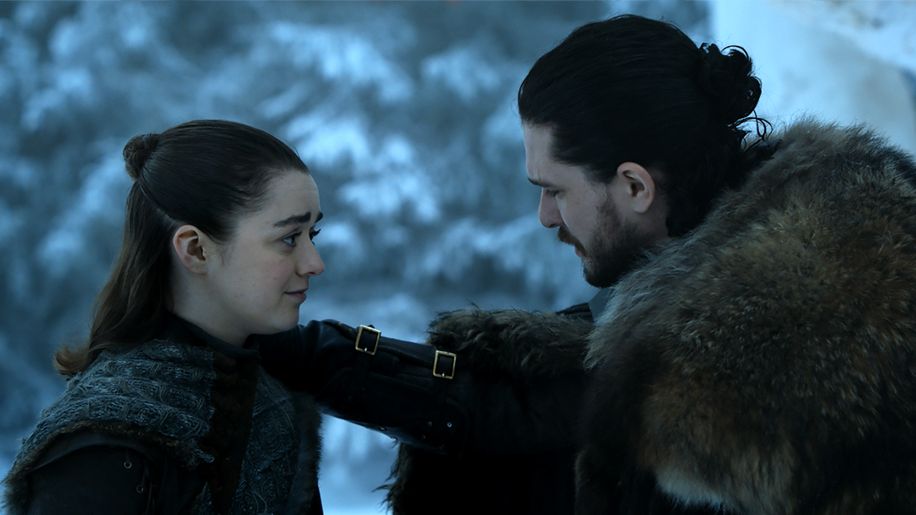 Our time in Winterfell is also marked with reunions. With so many characters converging in one place after spending so many seasons apart we were bound to have them run into each other. Arya wins for most reunions as she sees Jon, Gendry, and the Hound again for the first time in some time. While her reunion with Jon is the most heartfelt, her reunion with the Hound is the most entertaining. There was also a very unexpected reunion when Bran waits for his “old friend,” Jamie. The look on Jamie’s face as he realizes Bran is there is priceless and will be an interesting plot point next episode. 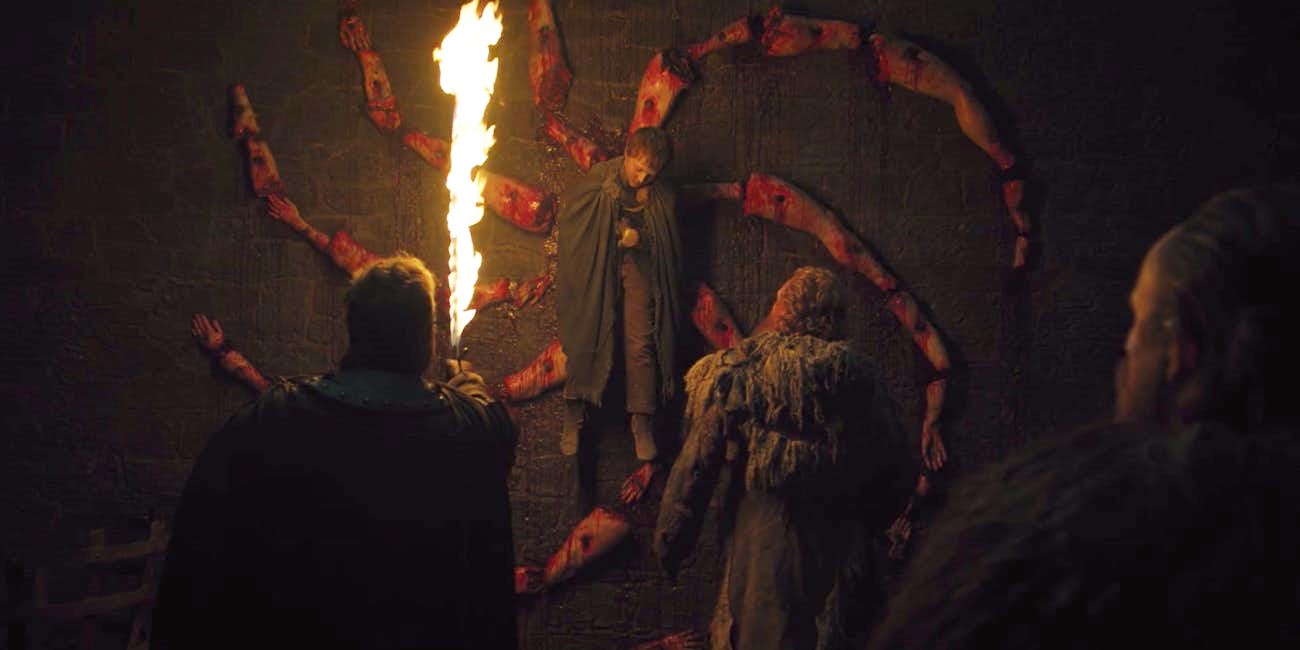 At the end of the episode, we see Tormund and Baeric as they head to the Last Hearth, which is one of the closest castles to the Wall. They meet Edd and the surviving members of the Night’s Watch in a very creepy scene. They find the young lord of the castle nailed to the wall with a spiral pattern of limbs, which is reminiscent of several other White Walker attacks. The boy comes alive as a wight and the group has to burn him. They then flee to Winterfell to try to beat the White Walkers there.

What Happened in King’s Landing? 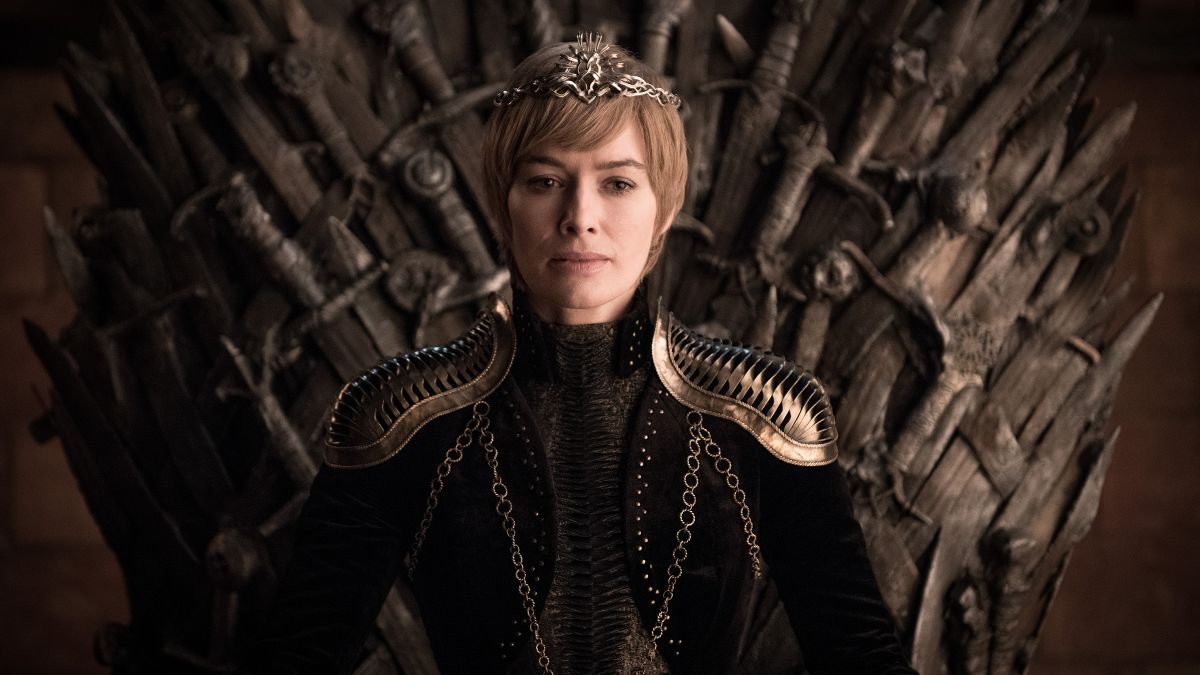 In King’s Landing, Cersei is as crazy as ever, but now she has a new army, the Golden Company. Euron returns from Essos with the Golden Company in tow and finally also gets Cersei. His brashness wins her over and he seems happier than ever. He does lose his prisoner, Yara, when Theon mounts a successful rescue. She will head back to the Iron Isles while Theon is headed to Winterfell to help Jon and the rest with the White Walkers. Qyburn catches up with Bronn and presents him with Cersei’s newest offer: kill both of her brothers for a lot of money. This will be an interesting story going forward as Bronn has been close with both Jamie and Tyrion.

If this episode is any indication, we are in for a great season. There will be a lot of callbacks to the series as a whole and make connections to everything we have seen thus far. The White Walkers are marching towards Winterfell and I expect the Battle for Winterfell to come in the early part of the season. It’ll be interesting to see if the various factions in Winterfell can pull together to defeat the Night King and the army of the dead. If the Night King is defeated early, our attention will be turned south towards Cersei and the Lannister army. Outside of the Battle of Winterfell, I really don’t know where the season will go, and that makes this season even better in my mind.