The third episode of season 8 of Game of Thrones, The Long Night, focused on the Battle of Winterfell. Like the previous episode, we stay on in Winterfell. We are treated to an epic battle for the human race.

There will be spoilers for the episode so if you haven’t watched the episode yet, stop reading go watch it, and come back. You’ve been warned.

Last week’s episode was the calm before the storm with many characters preparing physically and mentally with what seemed like a lot of endings to character arcs. The episode starts soon after the last one ended with the army of Winterfell preparing to fight the army of the dead. Before the wights arrived an old friend arrived, Melisandre. Her purpose in life was to help defeat the White Walkers, so showing up at Winterfell was the perfect end to her arc.

She starts off by lighting the weapons of the Dothraki on fire before they charged after the enemy. However, this did not end well for the Dothraki and whole Dothraki horde was wiped out. The scene itself was fantastic since you see the horde riding across the open field only to see the flames slowly wink out. It is a sign of things to come as the wights charge and begin to overrun the humans. The battle in front of Winterfell is fierce and the defenders are forced to retreat inside the castle, but not before Dolorous Edd is killed saving Sam. 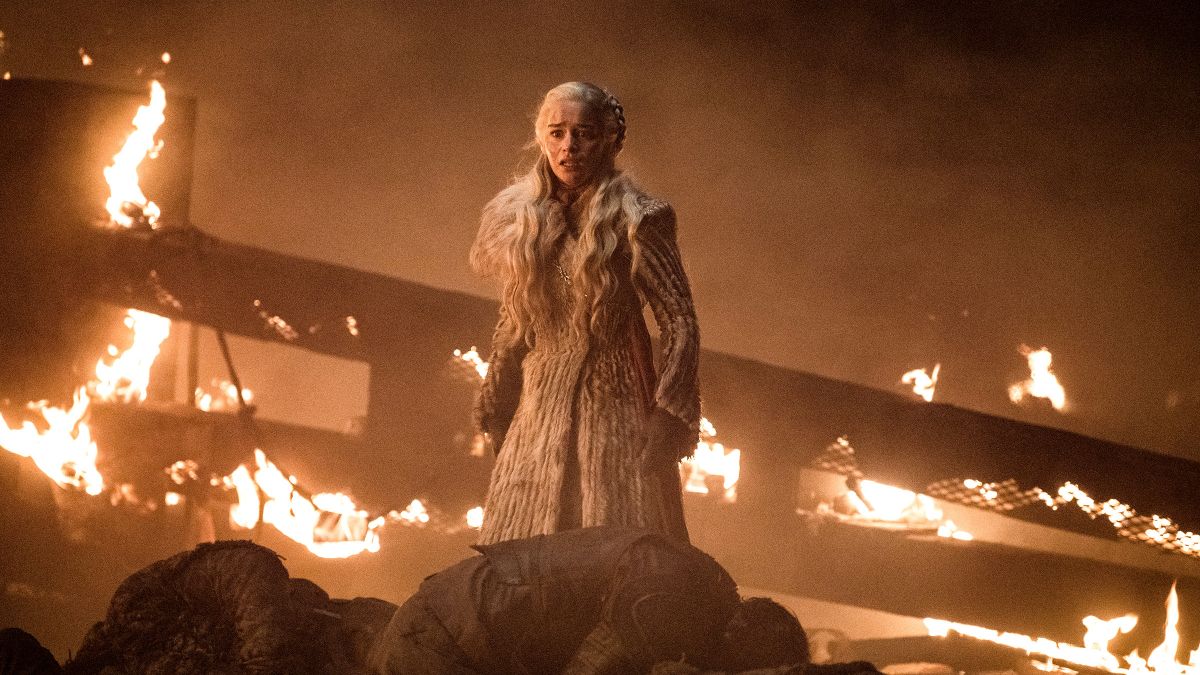 One of the defenses that Jon and company setup was a trench that needed to be lit by one of the dragons after the retreat. The Night King brought an intense winter storm to the fight making it so Daenerys cannot see the signal to lit the trench. Melisandre is able to channel the power of the Lord of Light and light the trench. Unfortunately, this does not stop the wights as they are able to cross the flaming trench and get into the castle. This leads to the death of a few more characters, Lyanna Mormont (who dies taking down an undead giant), and Beric Dondarrion (who dies saving Arya). After being saved by Beric and the Hound, Arya encounters Melisandre, as she predicted in Season 3, in a moment of calm.  This meeting is what spurs Arya to head towards the end game of the episode. 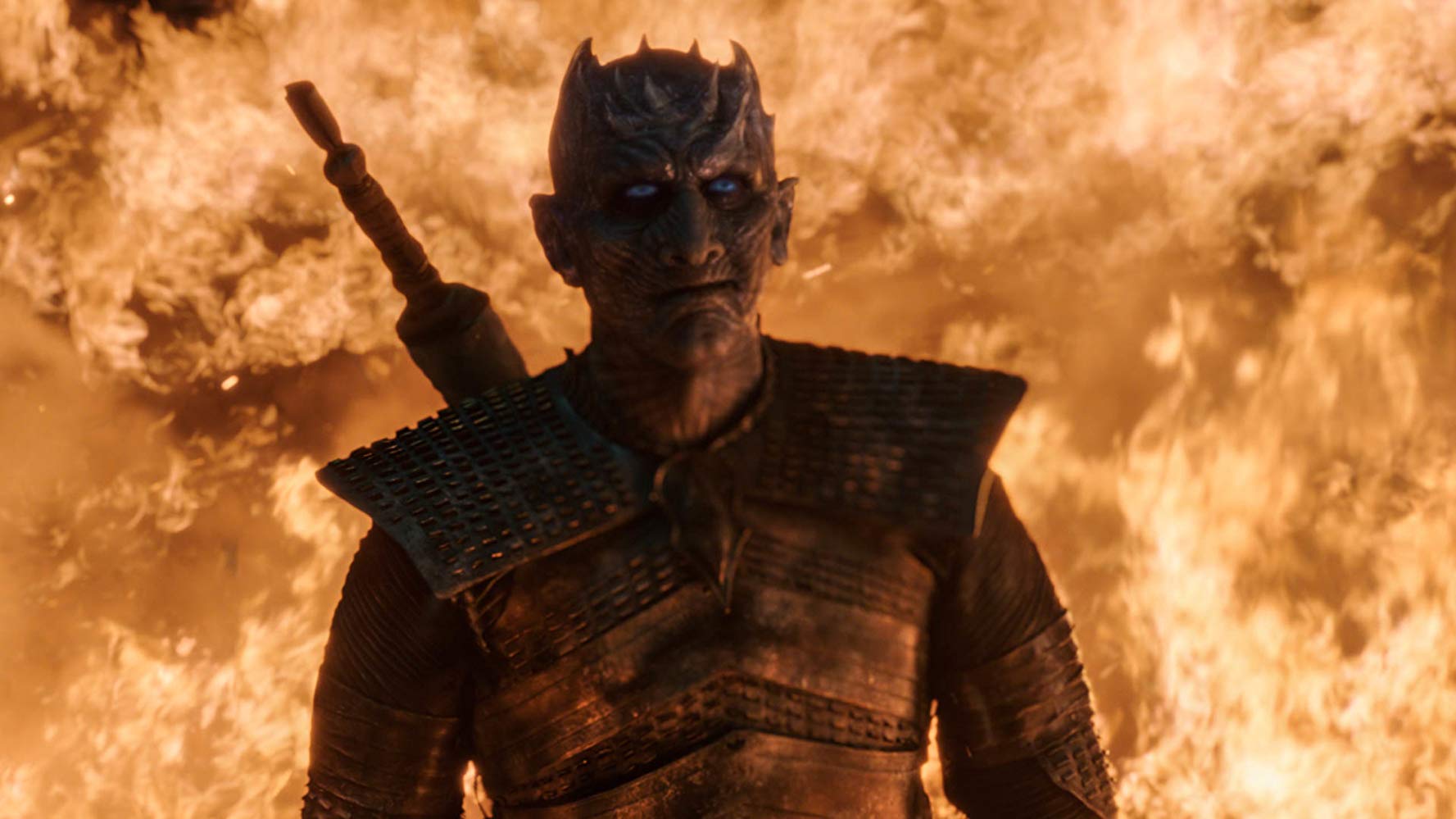 While the battle raged below, Jon and Daenerys fought the Night King on dragon back. Some of the shots during these scenes are fantastic. Jon and Daenerys get above the clouds and we see the dragons up there with the moon in the background. It’s just amazing. The fight does not go well for our heroes and they end up on the ground with Night King heading towards Bran. Jon gives chase, but the Night King raises those who have already fallen in a scene reminiscent of the battle of Hardhome. Daenerys swoops in with Drogon and tries to burn the Night King, which as predicted by Bran, does not work. Drogon is then overrun by wights and leaves Daenerys alone. Jorah shows up at the end and gives his life to save Daneryes. It’s a heroic death and fitting for Jorah.

The End of the Night King 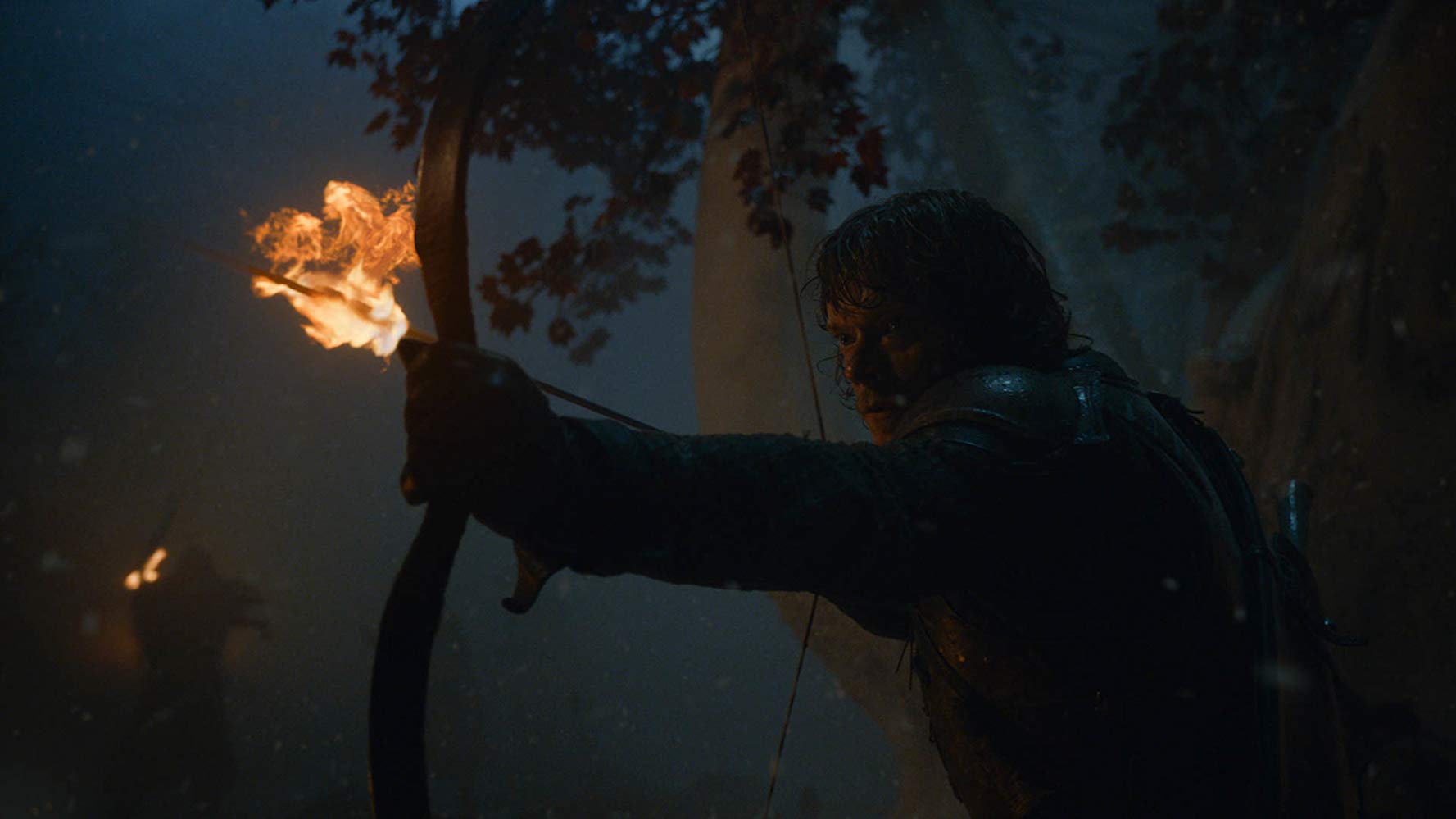 The Night King eventually gets to the Gods Wood where Theon and some archers are protecting Bran. The archers all fall and the Night King, flanked by the other White Walkers, enters the wood and Theon makes a valiant charge. The Night King kills him, but not before Bran tells Theon that he is a good person and is forgiven. It is the only death that makes sense for Theon and completes his redemption arc.

As the Night King closes in on Bran we see Jon fighting with the undead dragon and it is clear he cannot get to Bran in time. Just as the Night King reaches Bran, Arya comes out of nowhere, using her training as a faceless man, and is able to kill the Night King once and for all. It is an unexpected ending and some are disappointed that we did not get an epic fight between Jon and the Night King but I think it was a good way to end it. Arya has been training for a moment like this and her training pays off. Everyone expected Jon to be the one to defeat the Night King, but this went against that and shows that Jon is not everything we expect him to be.

Looking Towards Next Week

With the White Walker threat defeated, we now turn back to the fight between Cersei and the North. Cersei has been sitting in King’s Landing with her army intact which has also been bolstered by the Golden Company. She is in a place of relative power since Jon and Daenerys have lost the majority of their army. The Dothraki and most of the Unsullied are gone and the armies of the North are in shambles. It’ll be interesting to see how all of this plays out. We also have the storyline of Bronn being sent to kill Jamie and Tyrion which will be fun to watch play out.