We have now passed the halfway point of the final season of Game of Thrones and things are starting to move towards a conclusion. The Night King has been defeated and the final conflict between Cersei and the North looms. 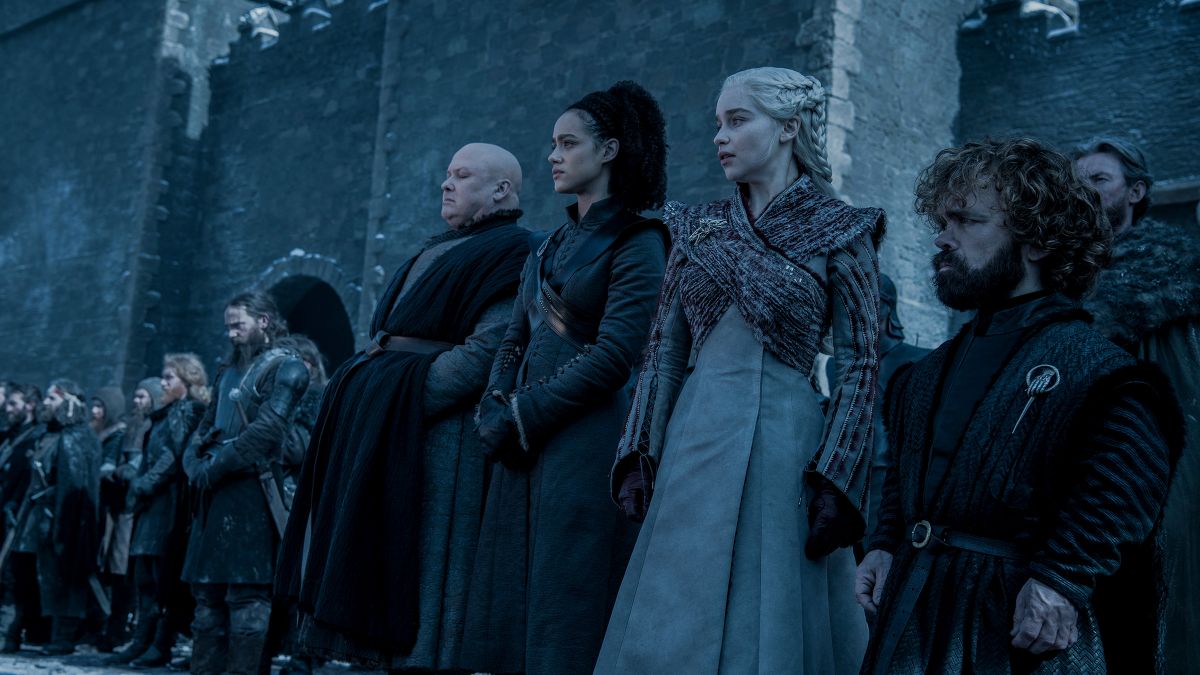 We start the episode in the North where everyone is dealing with the fallout from The Long Night. Many were lost and those who are remaining are clearly grieving at the feast that night. Everyone is somber until Gendry gets up to look for Arya and Daenerys takes the opportunity to reward him with Storm’s End. He is the only surviving Baratheon so it makes sense for Daenerys to grant him the seat of Baratheon power, assuming she wins the war. Once Gendry finds Arya he proposes to her only to be shot down since Arya is “not a lady.” Arya then leaves Winterfell with the Hound to head towards King’s Landing. 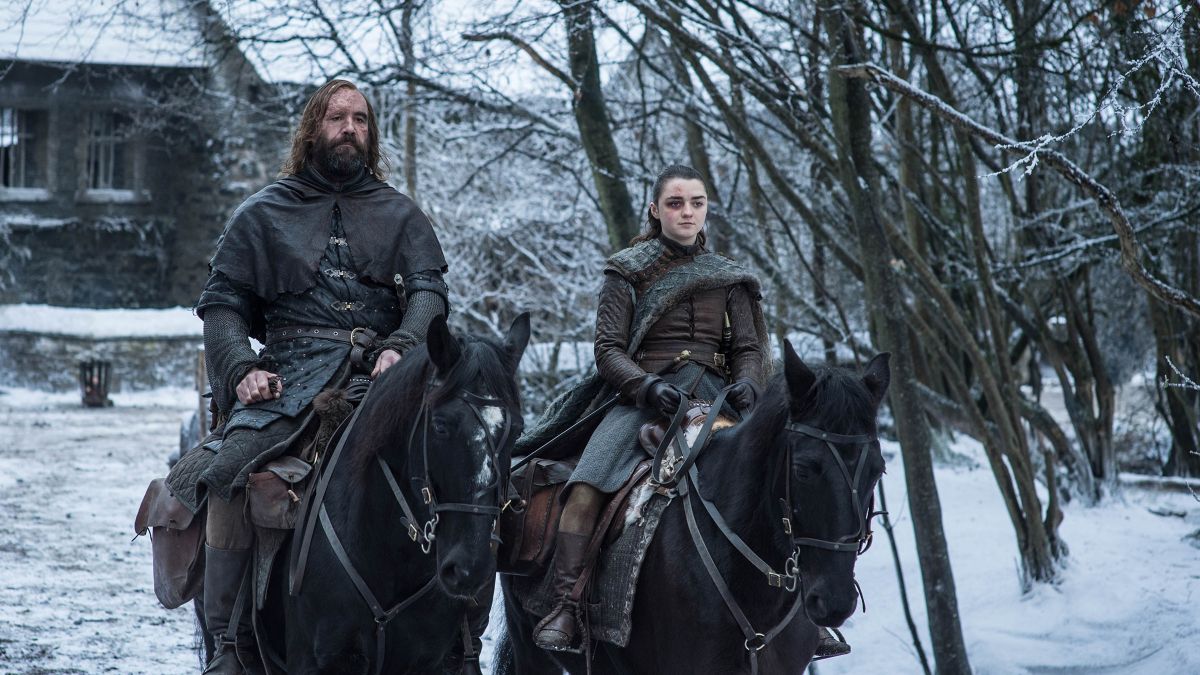 During the feast we see several different groups of characters forming to celebrate that they are still alive. Jon is surrounded by people, led by Tormund. Jamie, Tyrion, Pod, and  Brienne are in another part of the hall, and Sansa has a word with The Hound. Everyone is happy except Daenerys, who realizes how alone she is in the North. She has lost so many already and only has Missandei and Grey Worm left from Essos. Tyrion and Varys are still on her side, but their loyalty is questionable. I think this is the moment when Daenerys really starts down the path of becoming the Mad Queen. This will only get worse as they head south towards King’s Landing.

Elsewhere in Winterfell, the Stark children are showing signs of divisiveness when they disagree on the strategy to attack King’s Landing. Daenerys wants to attack right away, while Sansa wants to let the armies rest. Jon sides with Daenerys and we get a family meeting between Sansa, Arya, Bran, and Jon. During the meeting, Jon finally tells Sansa and Arya about his true parentage. Sansa turns right around tells Tyrion, against Jon’s wishes, who then tells Varys. So as Varys puts it, it is no longer a secret but is now an invitation. How this plays out will be central to the rest of the story.

Jamie and Brienne finally get together, although I preferred it when their relationship was focused on friendship and respect. Jamie originally stays with Brienne in Winterfell when the rest head south, but after hearing what is happening he leaves in the middle of the night. It is unclear as to why Jamie is headed south and is one of the things to watch for in the next couple of weeks. Will he try to save Cersei? Or kill her? 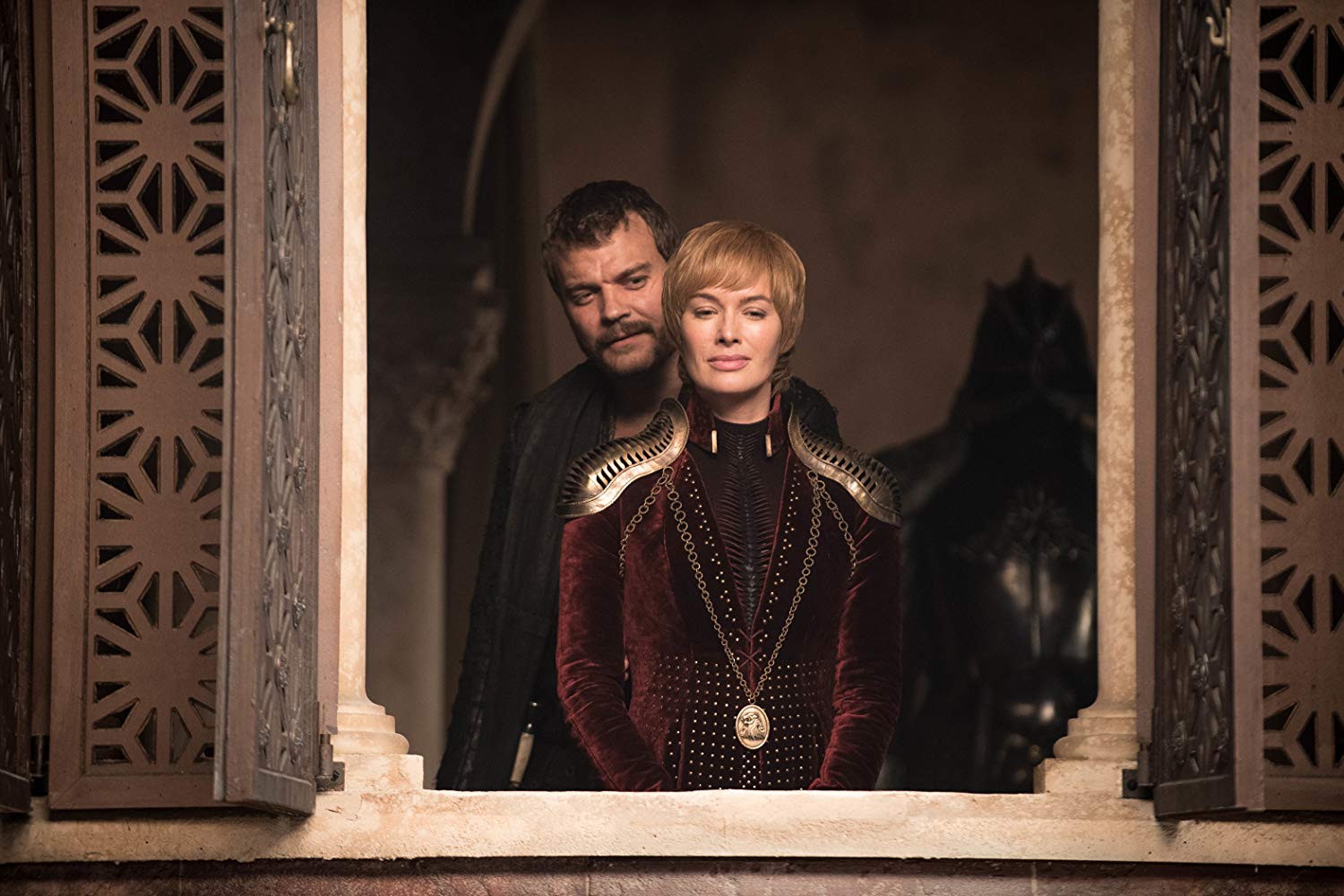 With the Night King defeated, Jon and Daenerys head south to try to defeat Cersei without destroying King’s Landing. Jon is taking the army south via the King’s Road while Daenerys is taking the fleet and Dragons south to Dragonstone. Things do not work out for Daenerys and the fleet as Euron shows up with Qyburn’s Scorpions attached to his ships. He is able to surprise the fleet and take down Rhaegel before anyone notices. He also decimates the fleet and captures Missandei.

After the disaster of the fleet, Tyrion convinces Daenerys to ask Cersei to surrender, but like most things Tyrion suggests, this does not end well. Cersei has no intention of surrendering and executes Missandei in front of Daenerys and Grey Worm. What started during the post-Long Night Feast is starting to fully manifest in Daenerys’ state of mind. She lost another dragon and now one of her most valuable advisors. I think we will see her go full Mad Queen next episode.

Next week’s episode looks to focus on the battle brewing at King’s Landing. Daenerys is pissed at what happened and I expect her to “burn them all” causing a lot of collateral damage. Will Arya and the Hound arrive before the battle? Will we finally get the “Cleganebowl”? I am excited to see what is left in the series.