Whether you liked the finale or not, Game of Thrones has come to an end. While some of the character resolutions may not have been what we all wanted or expected, the show was able to end on its own terms. It was not canceled early or made to run too long. In fact, it probably should have gotten a few more episodes (like HBO wanted), but it is what it is at this point. Let’s see who ends up on the Iron Throne!

In The Bells, we saw the culmination of Daenerys’ “Mad Queen” arc in a fiery display that will change the course of Westeros. We start off The Iron Throne with the fallout of Daenerys’ destruction of King’s Landing. She addresses what is left of her army in a very Hitler-esque sequence where she promises to not stop with King’s Landing. She wants to bring peace to the entire world but is planning on doing so with fire and fear. During the speech, Jon, Tyrion, and Arya all look on with horror. Tyrion quits as Hand of the Queen and is promptly imprisoned.

Jon visits Tyrion in jail and does his best to convince Jon to do what is needed to stop Daenerys. Jon is reluctant to kill Daenerys and uses the quote from Maester Aemon, “love is the death of duty” to justify his thinking. Tyrion turns it around on him saying “duty is the death of love.” Jon leaves the meeting with Tyrion conflicted and goes to confront Daenerys. What comes next must have been the hardest thing for Jon to do in the series. 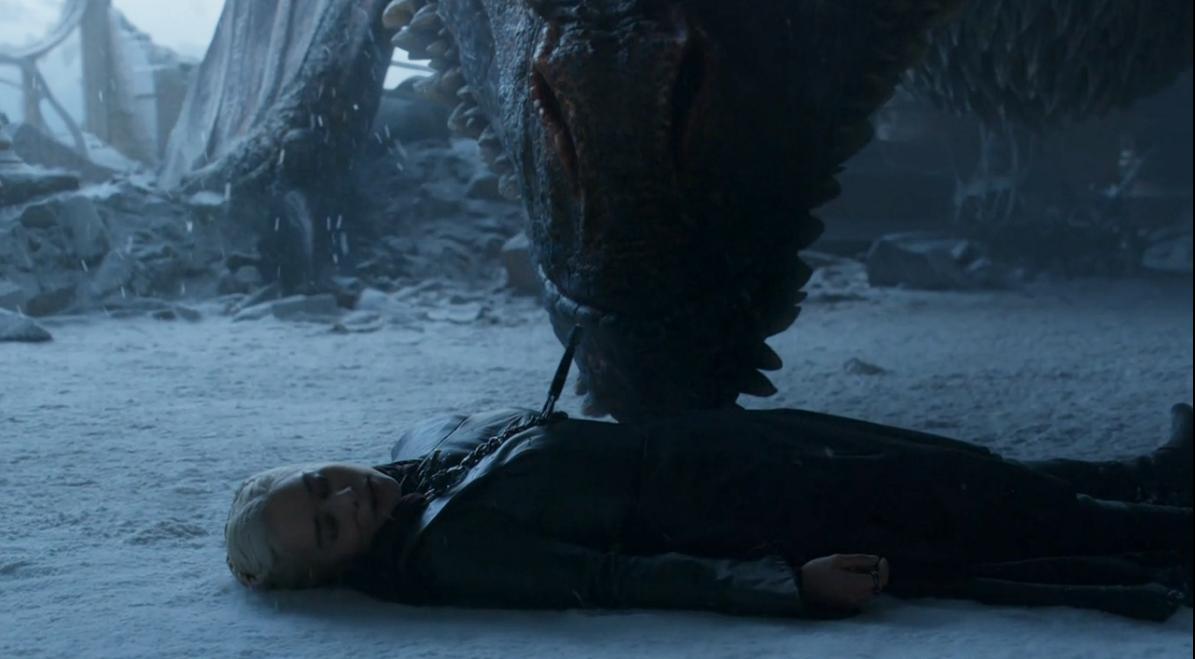 He talks to Daenerys who tries to justify her actions and convince Jon to join her. Luckily for Westeros, Jon does not go along with her and does what is necessary. He uses his knife to kill her and end the run of the Mad Queen. Drogon senses what has happened and in a scene reminiscent of The Lion King nuzzles her body trying to get her to wake up. Instead of burning Jon to a crisp, Drogon unleashes on the Iron Throne itself. He melts it then takes her body and flies away from Westeros. We never get to see where he took her body but if I had to guess he was taking her to Valyria, the ancestral home of her family.

Daenerys’ ending was about what I expected once this season got going. You could see that her world was crumbling around here piece by piece. She was not welcome in the North and her closest advisors kept dying or betraying her. As Tyrion mentions in his speech to Jon, she had been burning her way towards the Iron Throne since the beginning of the series but since everyone she burned was portrayed as the ‘bad guys’ she got a pass. Anytime she started getting close to crossing a line one of her advisors (Jorrah, Barristan Selmy, etc…) brought her back. Daenerys went from a timid girl sold to a barbarian to a woman who conquered a continent and ultimately succumbed to the power and madness of her family.

The New King of the Westeros 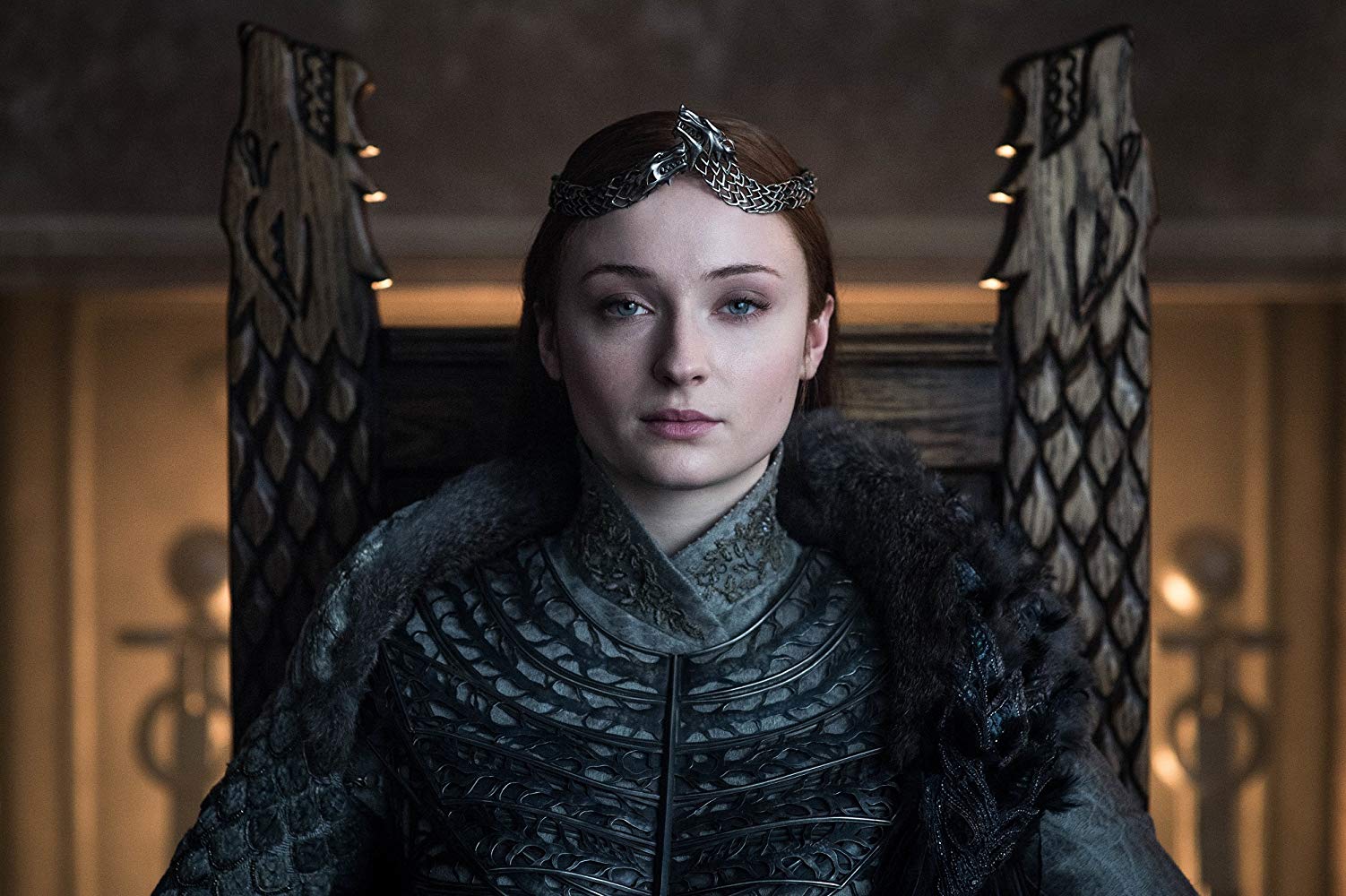 Up until Drogon flies off with Daenerys’ body I was completely enthralled with the episode. What came next seemed rushed and somewhat disjointed. We jump ahead several weeks (or months; it’s hard to tell) and the leaders of the remaining houses of Westeros have gathered in King’s Landing to determine what to do next. No one has stepped into the void Jon created by killing Daenerys and it is unclear who has been ruling during this time. Tyrion is still a prisoner, as is Jon, and is brought before the lords and ladies. They are supposed to determine what to do with him but also need to decide who is to become King. Somehow, Tyrion takes control of the meeting and convinces the group to make Bran the king.

Tyrion’s argument is that he has the best story and someone with a great story should be on the throne. Bran also has the entire history of Westeros in his head thanks to the Three-Eyed Raven and can use that knowledge to guide Westeros into the future. Bran only agrees to be king if Tyrion is his Hand. They also agree to get rid of the hereditary rule that had caused so many issues in the past. This will bring Westeros one step closer to becoming a democracy and should set up the future well. There was only one person who opposed this idea, Sansa. She wanted the North to be independent and all of the others agreed without any trouble.

This meeting is my biggest issue with the episode. It just seemed off and out of place. Why wouldn’t some of the other kingdoms (mainly Dorne and the Iron Isles) also want independence? They all just agree to be the six kingdoms now? I was also surprised that someone didn’t at least bring up the fact the Jon is the true heir to the throne. It makes sense that he wouldn’t be king, but not at least debate it was an odd choice to me. 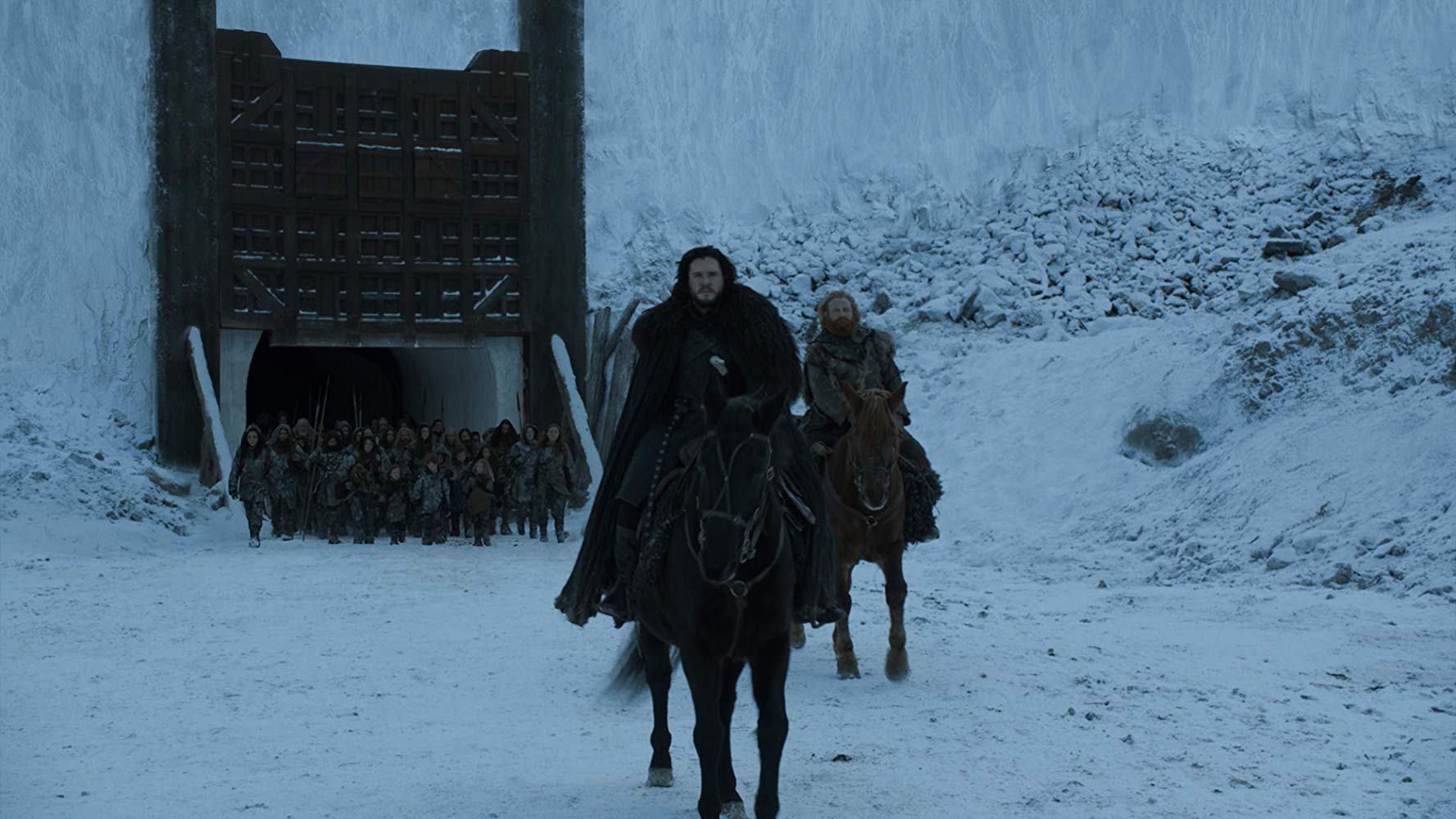 Speaking of Jon, his fate was also decided by the council that chose Bran as King. Those still loyal to Daenerys (it’s surprising that anyone could still be loyal to her after what she did) wanted Jon dead and everyone else saw him as a hero. This lead to the decision that he is to be sent back to the Night’s Watch…which really didn’t need to exist. He gets to the wall at the end of the episode and promptly heads north of the wall with a group of Wildlings. There is no dialogue in these scenes so it is unclear if he is leading them to a new home as a member of the Night’s Watch or if he is going to join them. My interpretation is that he is joining them and fading into history.

Arya also leaves the Six Kingdoms as she wants to see what is “West of Westeros.” She finds herself a ship and is ready to explore the unexplored. I think this is a fitting end for her since she has never wanted to be tied down. It also leaves open the possibility of an Arya focused spinoff, but I am doubtful that will happen.

As mentioned above, Sansa declares that the North will be free and she becomes the Queen in the North. She has been acting like a queen for a while now so it makes sense for her to rule the North. She has come a long way from the young girl who swooned over Joffery in the first season. She has been through some of the worst things in the show and is finally in a place she wants to be with the power she wants.

Well, it has been quite a ride with ups and downs, but I think this is still one of the best shows on TV. The final couple of seasons could have been better and would have benefited from a few more episodes, but they will not dampen my enthusiasm for the show. I am now just waiting for George R.R. Martin to finish up the books so I can dive back into the world of Westeros and see how he brings these characters to their endings. And with that, our watch has ended.