The eighth and final season of HBO’s Game of Thrones premieres April 14th so I thought this would be the perfect time to rewatch the series. I will be writing about each season as I finish watching them with what is going on and some tidbits on what I noticed this time around. Warning: There will be spoilers for all seasons of Game of Thrones and these articles assume knowledge of future events.

Season 7 has all of the characters in Westeros (and briefly beyond the Wall) so they are starting to really come together with new interactions. We continue to see reunions in the North with Arya and Bran getting to Winterfell. Arya also encounters her Dire Wolf Nymeria, who was last seen in the second episode of the series, on her trip from the Twins to Winterfell. There are also some new pairings such as the Hound and Tormund or Jon and Daenerys.

The Story in the South 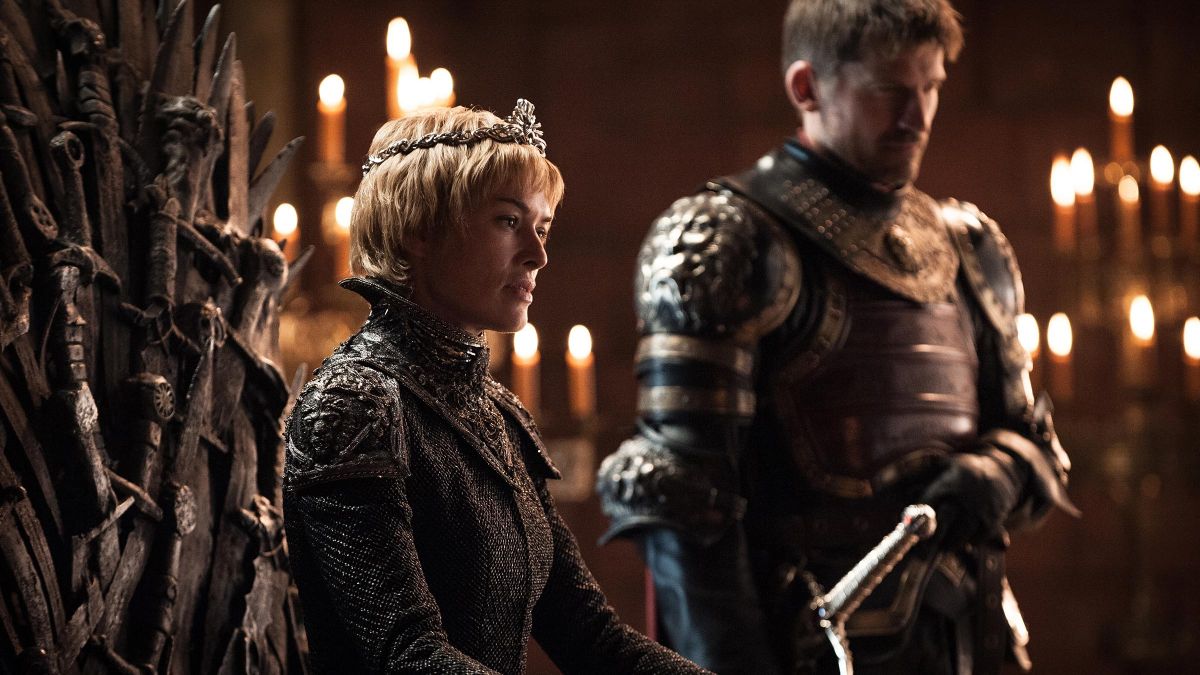 With Cersei now queen, the tone and setting in King’s Landing is much darker. She dresses in black and does as she wishes. But she is not the only queen in the south. She was able to get rid of most her enemies in King’s Landing at the end of Season 6 with the destruction of the Sept of Baelor but Olenna Tyrell was able to escape and has allied with Daenerys who is now on Dragonstone.

One of the first things Daenerys does while on Dragonstone is listen to Tyrion as he advises her to take the seat of the Lannister’s power, Casterly Rock. What Tyrion doesn’t know is that Cersei and Jamie expect this and take the bulk of their army to High Garden to deal with the Tyrells. Daenerys’ army takes Casterly Rock with ease but ends up losing not only the Grey Joy fleet but also the fleet that brought the Unsullied to Casterly Rock.

Meanwhile, Jamie takes High Garden with ease and secures the Tyrell gold so it can be used to repay the Iron Bank of Braavos. Jamie confronts Olenna Tyrell after sacking the castle and has one of the best conversations of the season with her as he gives her poison so she can die with dignity. As a last jab at the Lannisters, Olenna reveals to Jamie that it was she who killed Joffrey, not Tyrion. 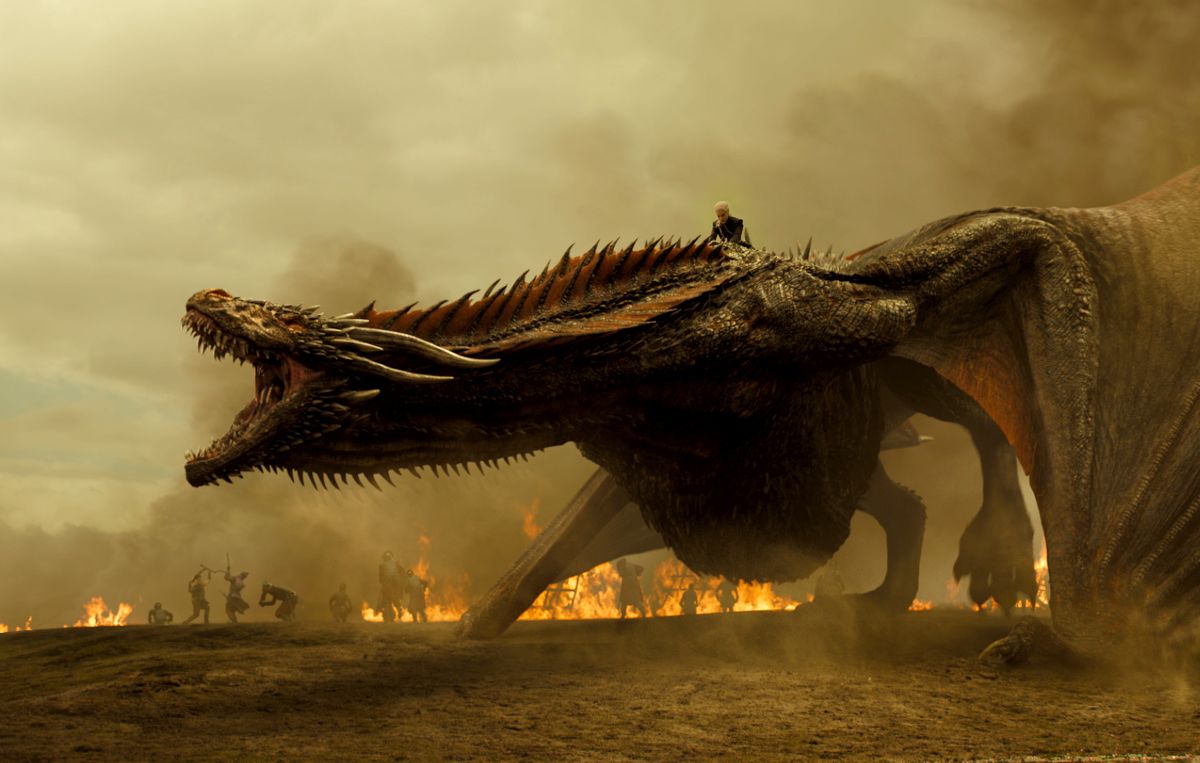 Jamie’s victory is shortlived though as his caravan is attacked by Daenerys as the close in on King’s Landing. This is the first time in the series where we get to see the true might of her dragons as they lay waste to the Lannister army. It is a truly impressive battle and I hope to see even more of the dragons in Season 8. After the battle, Daenerys rounds up the survivors and has Drogon burn Randyll and Dickon Tarly, Sam’s father and brother.

The Dragon and the Wolf 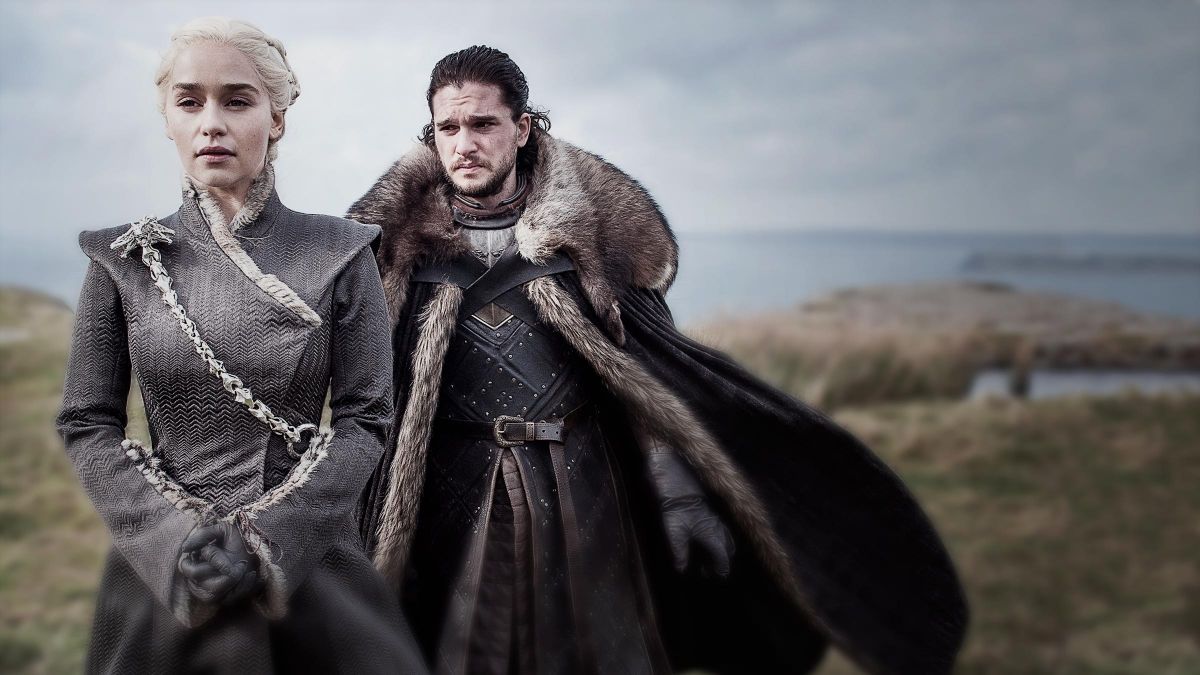 When she is not off fighting the Lannisters, Daenerys is on Dragonstone planning her strategy. Early on she wants to just burn King’s Landing with her dragons, but Tyrion is able to convince her that isn’t the way to win her kingdom. She listens to him but ends up losing most her ships in the attack on Casterly Rock and when the Grey Joys are attacked by their uncle Euron. Most of the ships are destroyed, two of the Sand Snakes are killed, two others are captured, and Yara is taken by Euron while Theon jumps overboard. It is a terrible defeat for team Daenerys and may have consequences moving forward. Dorne is powerless after Cersei finishes off the two remaining Sand Snakes in true Cersei fashion, and Euron has almost complete control over the Iron Isles. By the end of the season, we still don’t know what will happen to Yara as she is still with Euron.

Daenerys may suffer some early defeats, but she ends up getting a new ally in Jon Snow and the North. Jon travels to Dragonstone to convince Daenerys that the real enemy is in the North and trying to get south of the Wall. He spends several episodes on Dragonstone and comes to admire and respect Daenerys while also securing the rights to mine the Dragon Glass below Dragonstone. There are some great moments between Daenerys and Jon as well as Jon and Tyrion, who haven’t seen each other since Season 1.

We also see the return of Gendry, who was last seen rowing away from Dragonstone in Season 3, when Tyrion and Davos sneak into King’s Landing. Tyrion wants to meet with Jamie to set up a meeting between Daenerys, Jon, and Cersei to discuss the White Walker threat. While Tyrion is meeting with Jamie, Davos finds Gendry and brings him back to Dragonstone to meet Jon and head north when they leave. Jamie agrees to set up the meeting which sends Davos, Jon, and Gendry back up North to try to get one of the undead to prove to Cersei that the threat is real. 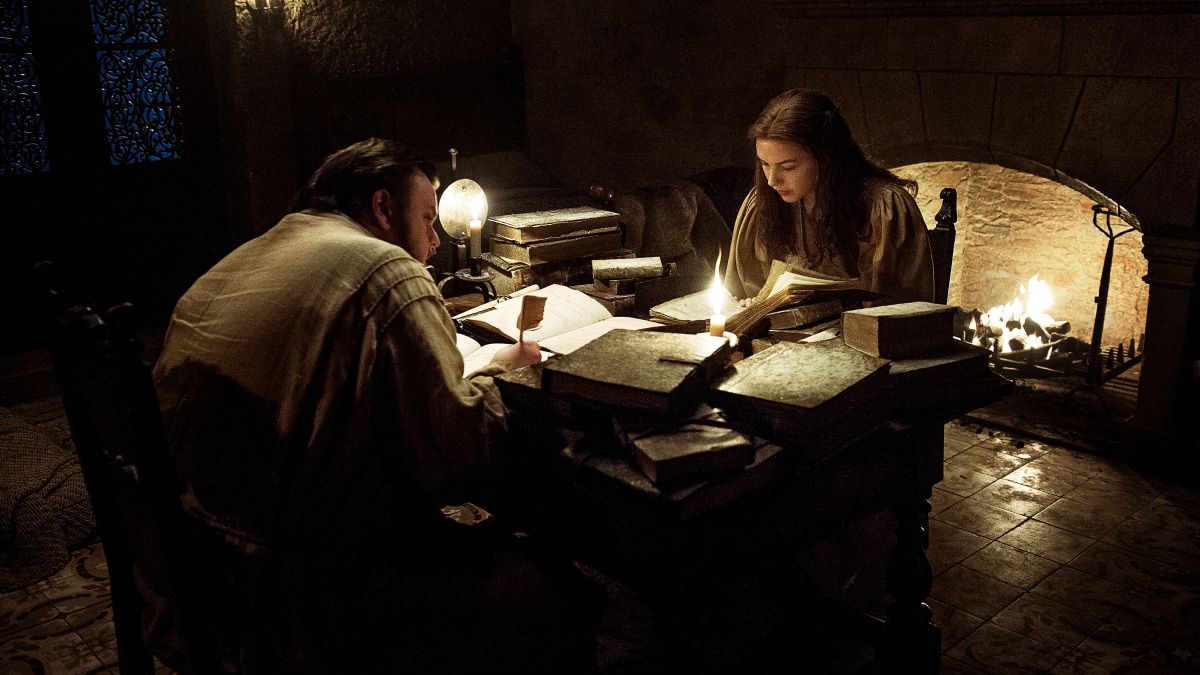 Sam is finally granted admittance to the Citadel to train to become a Maester. It does not go the way he expects and he is consistently clashing with the other Maesters. He wants to learn more about the White Walkers, but no one seems to believe him, so he has to fend for himself and try to learn what he can. He also crosses paths with a familiar character, Jorah Mormont. Jorah has traveled to the Citadel to see if they have a cure for his Greyscale. The Maesters do not have a cure but Sam finds an experimental cure in a book and out of respect for Jorah’s father, Sam attempts it on him. The cure is a success so Jorah heads to Dragonstone to join up with Daenerys and ends up on the expedition North with Jon and company. Sam eventually becomes disgruntled enough with the Maesters that he takes what scrolls he can and also heads North.

The Story in the North 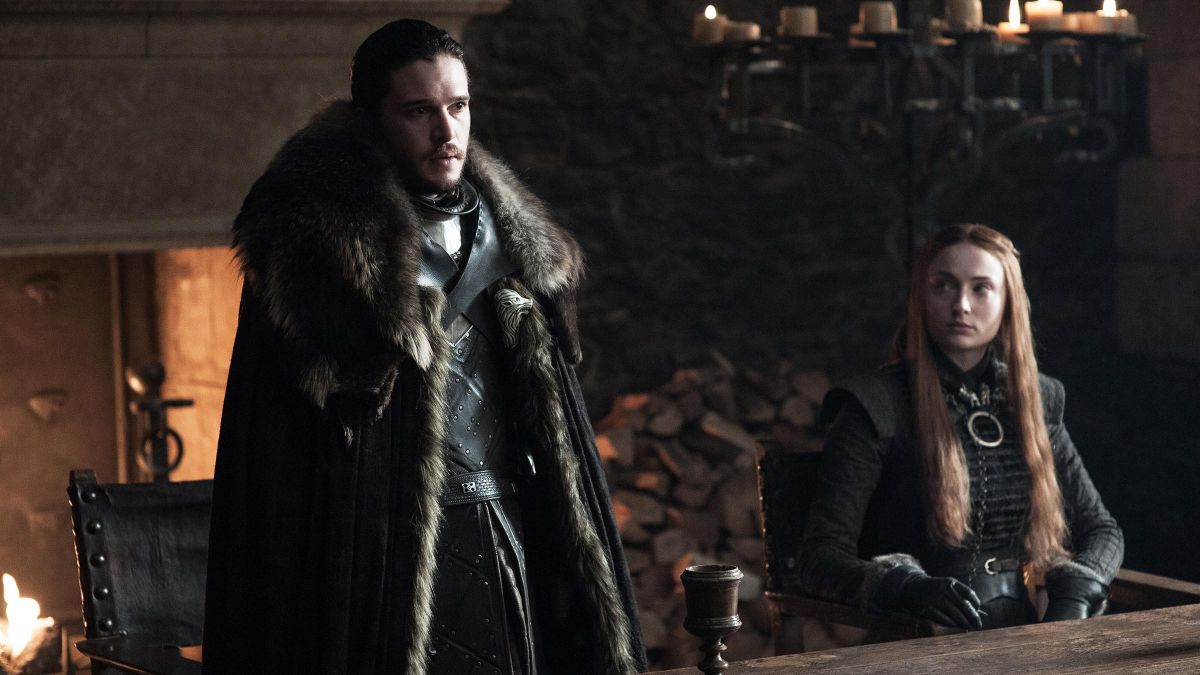 Jon Snow was named King in the North at the end of Season 6 and Sansa seems to be a bit hurt by this but accepts it. This conflict will be a driving force for Sansa’s motivations throughout the season. She respects Jon’s position but also wants to be the one in power. Little Finger is also still at Winterfell and uses this motivation as a way to try to manipulate Sansa even if it doesn’t really work out for him. Jon is only in Winterfell for a short time before heading to Dragonstone to meet with Daenerys and misses the return of Arya and Bran.

One of the best things about the Winterfell plot this season is seeing all of the reunions. Both Arya and Bran end up at Winterfell and seeing the Stark children together is great since they haven’t been since Season 1. Unfortunately we don’t get to see Arya and Jon reunite, though I hope we see it in Season 8. It’s amazing how much they have all changed and grown since the start of the series. It’s also great to see how they all work together to take down Little Finger.

One of the more surprising deaths this season is Little Finger’s. Throughout the season it appears as though he is pitting Arya and Sansa against one another but they are really working together to expose him. This all culminates in a very public trial where it appears as though Sansa will accuse Arya of crimes against her, but they turn it around bring down Little Finger. The look he gives when Sansa says his name is perfect.

Little Finger has been ahead of everyone for the entire series so it is great to see him not know what was coming. He is genuinely scared and with good reason, for his life and watching him try to weasel his way out is just too much fun. Bran’s comments throughout the “trial” are also great as you see how much he really knows/sees. Throwing Little Finger’s own words against him is just the cherry on top.

Outside of the Little Finger drama, the other major plot point to come out of Winterfell is the discovery that not only is Jon the son of Lyanna Stark and Rhagaer Targaryen, but he is the legitimate heir to the Iron Throne. While at the Citadel, Sam discovers that marriage between Rhagaer and Elia Martell was annulled and he was wed to Lyanna. Bran is then able to confirm this through his visions and finds out that Jon’s real name is Aegon. This should have major consequences in the final season. It’ll be interesting to see how Jon and others react to this news. 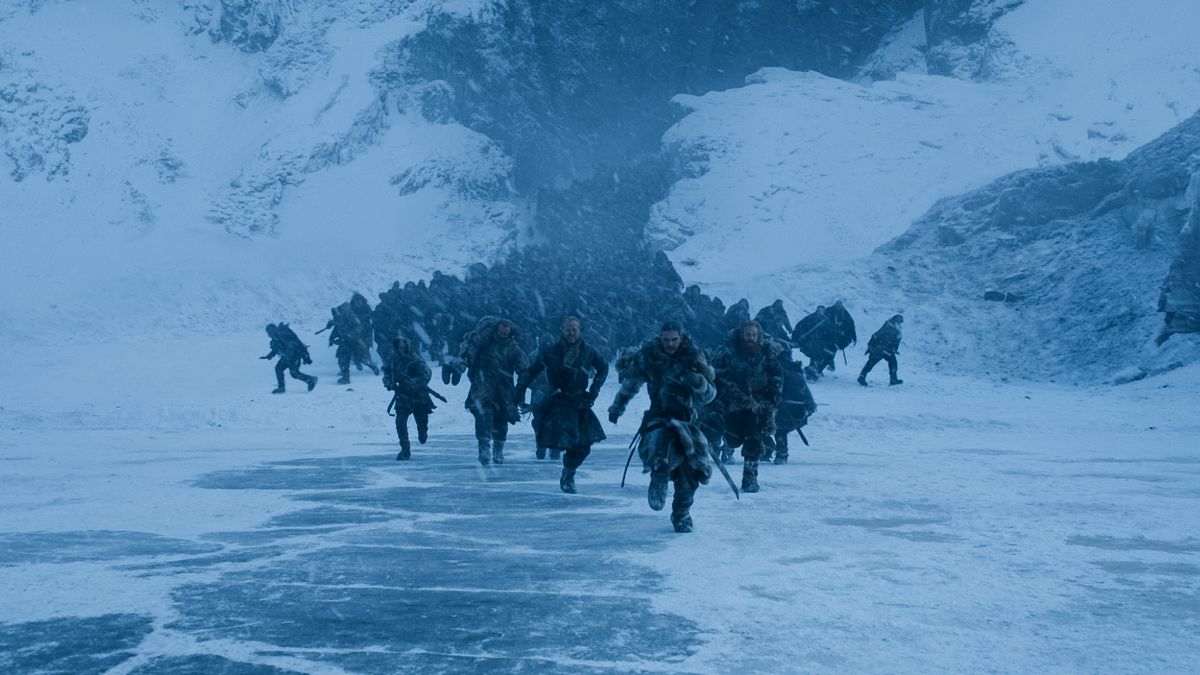 There is not a lot of screen time at the Wall directly, but it is a meeting point for several storylines. After going south, Jon and crew decide that the only way to convince Cersei that the White Walkers are real is to bring back a wight. This causes Jon to head back to Eastwatch and then North. When he gets to the Wall he meets up with Tormund, who had taken a group of Wildlings to man the Wall against the White Walkers. The Brotherhood Without Banners is also at the Wall after the Hound saw a vision in a fire that they needed to go north.

The expedition north is not one of the better plots in the series, but does move things forward and gives the White Walkers a new weapon, an undead dragon. The group becomes trapped on a frozen lake after capturing a wight and sends Gendry back to the Wall to get word to Daenerys to bring her dragons. She brings all three to rescue the group, but the White Walkers kill one then later raise it from the dead. The very end of the season has the Night King riding the dragon and bringing down the wall. The army of the dead is marching south and I can’t wait to see how this all plays out. 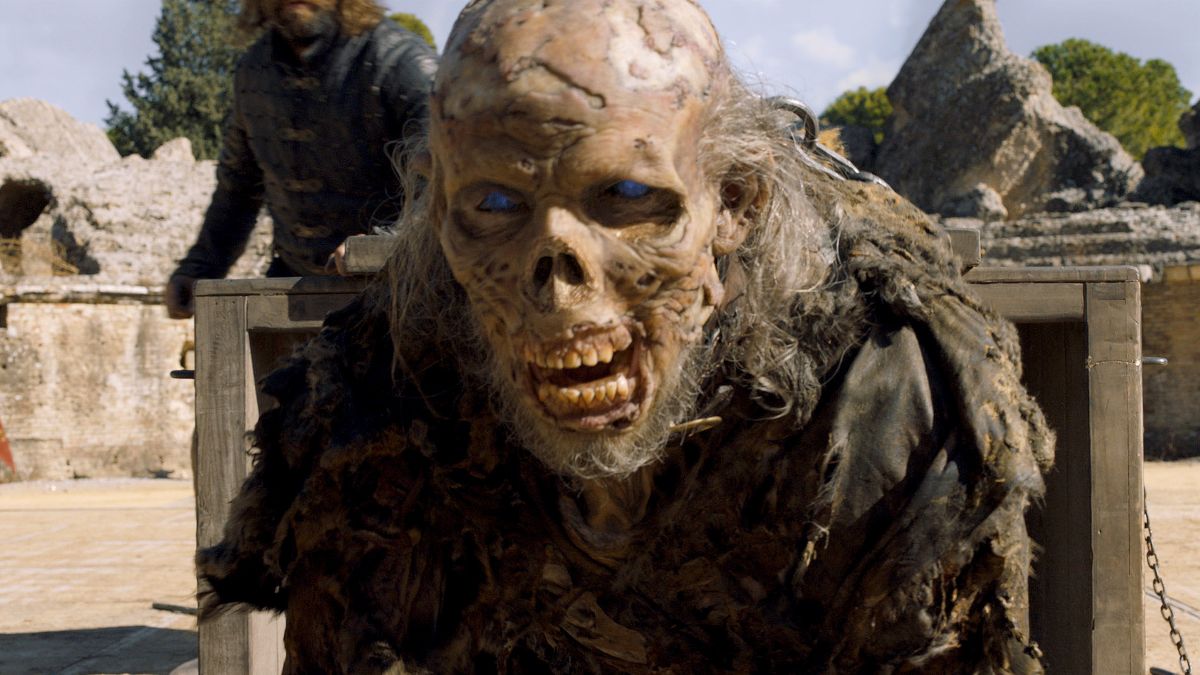 They do eventually get a wight to King’s Landing, even if it did cost them Thoros’ life in the process, and convince Jamie that the threat is real. Cersei agrees to help but in a conversation with Jamie, it is revealed that she has no intention of sending the Lannister army north. Jamie disagrees with her and leaves Cersei; time will tell if he will leave her for good though. It’ll be interesting to see how their relationship is going forward and, if like some have theorized, he will end up killing her to save others.

Wrapping Up and Looking Forward

It’s been great re-watching all of the seasons in preparation for Season 8. Seeing the characters grow from where the series began has been a lot of fun and I am really looking forward to seeing how the story ends. There is a lot in motion and I expect the final season to up the ante for the show and cement its place as one of the best shows of this generation.