When I first got my hands on EVERSPACE 2 at PAX South earlier this year, I had an absolute blast – but I did terribly. Blame it on the crowds, the pressure of your Mulehorn Gaming peers standing over your shoulder, the fact that I’m completely inept with a keyboard and mouse combo…but regardless the game was beautiful and I had a great time with it. Now, months later ROCKFISH Games has been generous to give me a key to try out their latest build of the game and I couldn’t wait to put it to the test.

Now, before we go any further, let’s just be clear that what I’ve been playing is a prototype pre-alpha build. It’s far from a finished product and there are still many features in development, but what I’ve played seems very promising. In fact, I want to show you so much of what the game engine can do, I’ve cut together some of my gameplay for you to watch:

For the uninitiated, EVERSPACE 2 is a kind of arcade-style space shooter RPG. Choose a ship, find resources, vanquish foes, complete missions, upgrade components, and so on. When you first begin the game, at present you get to choose from three different kinds of ships, each with their own advantages and disadvantages. For me, I spent most of my time flying the Sentinel to take advantage of its EMP Generator and Cloaking devices. Also available are the Interceptor with an extra weapons slot and a teleporter, and the Assault Fighter, a pretty good balance between the two other ships. 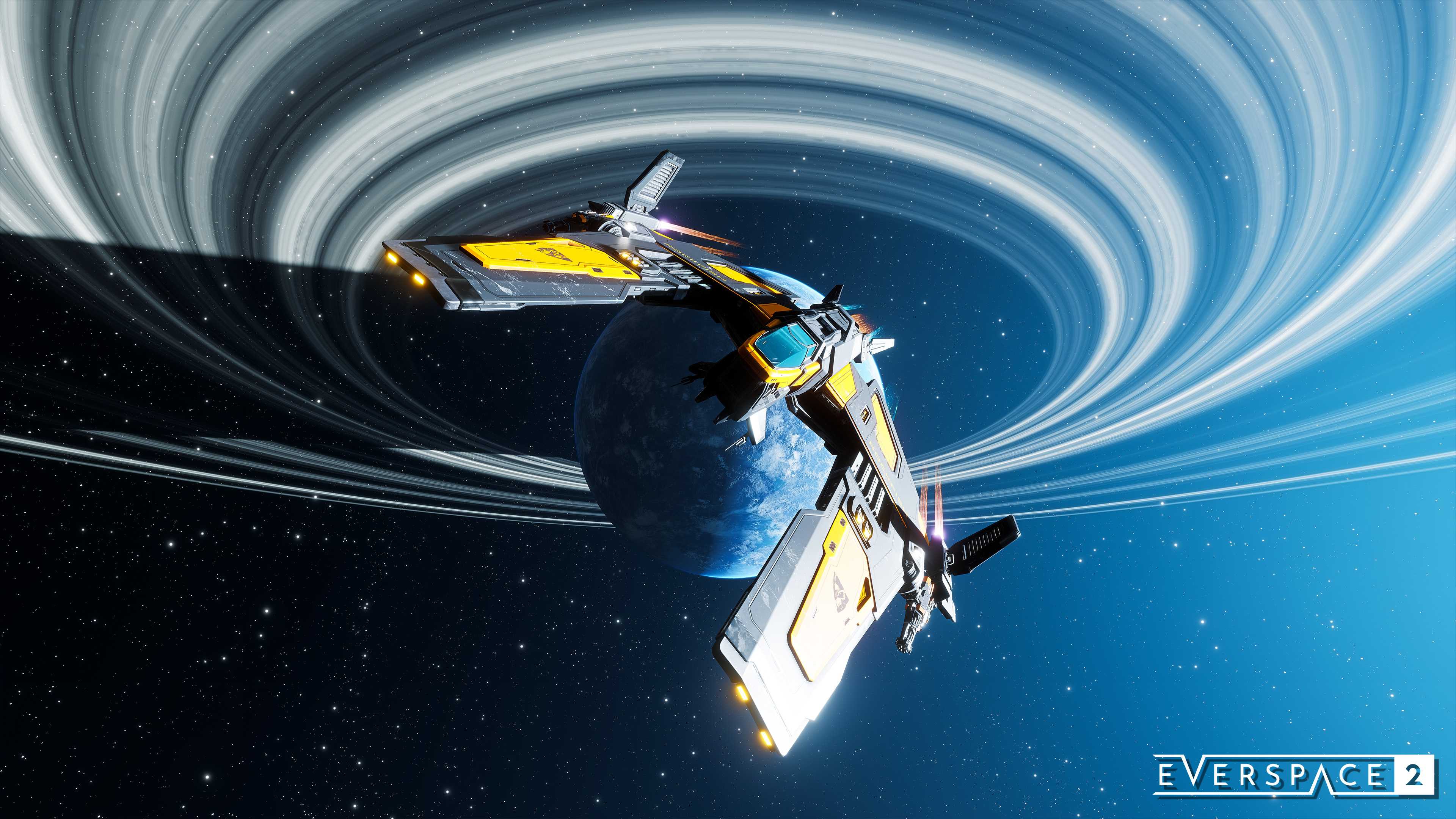 In terms of controlling your spacecraft, PC purists will know that the mouse and keyboard setup works very well. For the most part, I used a standard Xbox One controller to which I was able to effectively map controls. One thing I still haven’t quite solved to my liking is a good setup to translate your ship up and down – not to be confused with pitching up or down where you’re changing the direction that your craft’s nose is pointing.

The game does support hands-on throttle and stick (HOTAS), but it’s still an experimental feature. I gave it a go, but don’t think it’s a good fit with my HOTAS setup, especially considering the throttle and the number of times I needed to quickly apply reverse thrust. This should be fine with a throttle whose default resting positing is in the middle and can be applied for forward and reverse thrust with precision. Still, I would love to fly with a proper stick and will keep my eyes on this feature’s progress and see if I can figure out a configuration that works for me.

The combat is extremely fun. There are numerous types of primary and secondary weapons that can be equipped, from autocannons to mines to homing missiles, there are so many different ways to customize the ship to your own playing style. However, I’m very partial to the rare beam laser I found, which just melts through baddies like butter. 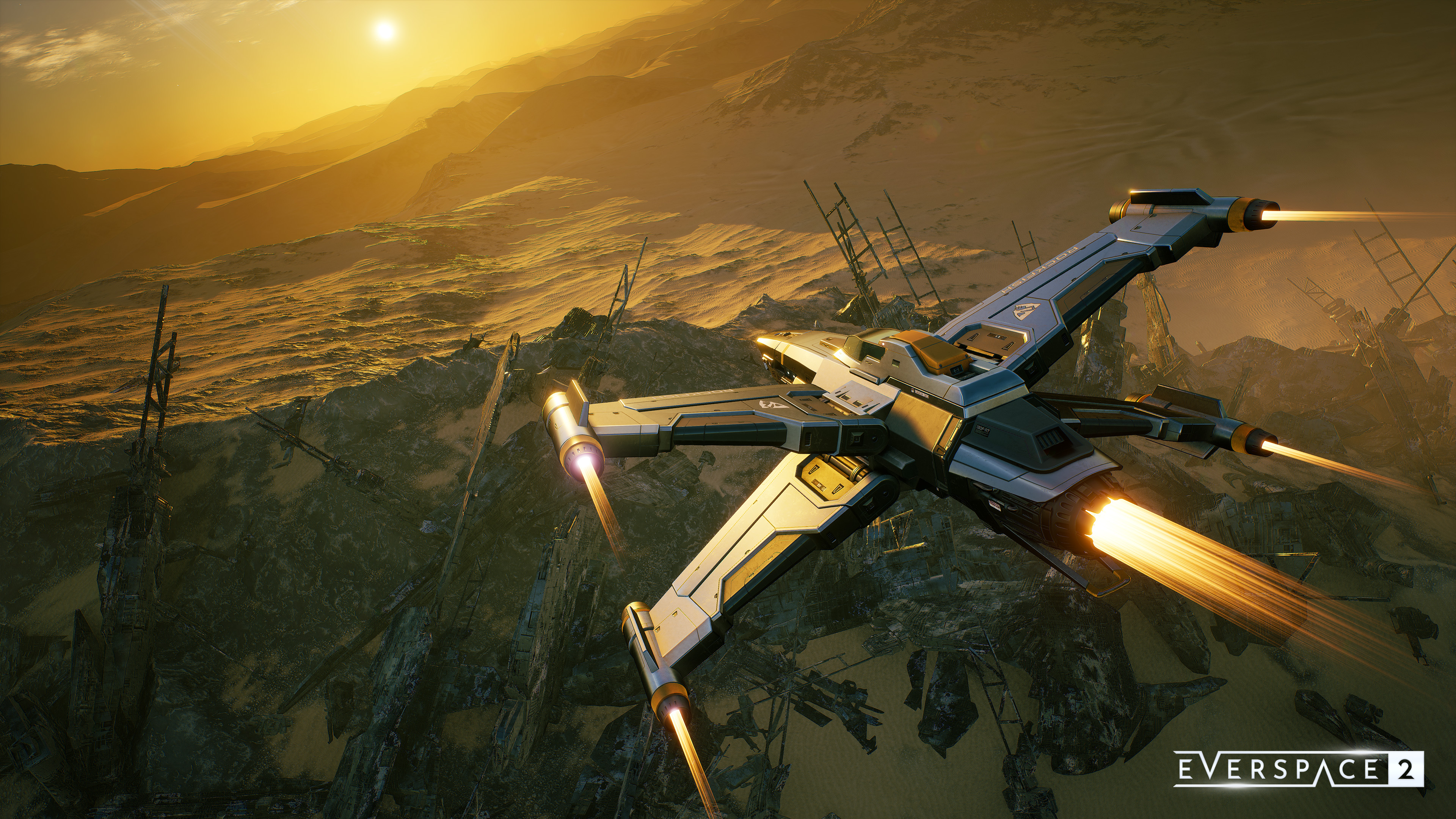 If you want to get your hands on it for yourself, the EVERSPACE 2 demo is available over on Steam and is expected to arrive on Steam Early Access in December 2020 with Xbox One and PlayStation 4 editions dropping in early 2021. And if you get stuck on a mission or can’t figure out exactly where that objective is, remember the old mantra…when in doubt, BLOW IT UP!!

What’s The Best Flight Stick For You And Your Budget?

A look at Inside Xbox