EVERSPACE 2 is a game I’ve been watching with anticipation and fascination ever since I first got my hands on it at PAX South 2020 and the subsequent prototype build shown this past summer. Today, EVERSPACE 2 drops on Steam Early Access and GOG. I’ve been so excited to cover this game that ROCKFISH Games was generous enough to give me a key to let me play it over the weekend, and I’ve been keen on exploring the progress the developers have made with the game and to explore even more worlds than before.

As a reminder, EVERSPACE 2 is still in Early Access which means the game isn’t yet a finished product. Much of the content is still under development and there are occasional bugs, however, in my playthrough, I haven’t encountered anything beyond a couple of minor UI issues.

If you’re unfamiliar, EVERSPACE 2 is an open-world space looter shooter. In previous builds of the game, the focus has been on the core mechanics of flight and combat. Players were presented with a couple of different types of ships to fly right out of the gate. 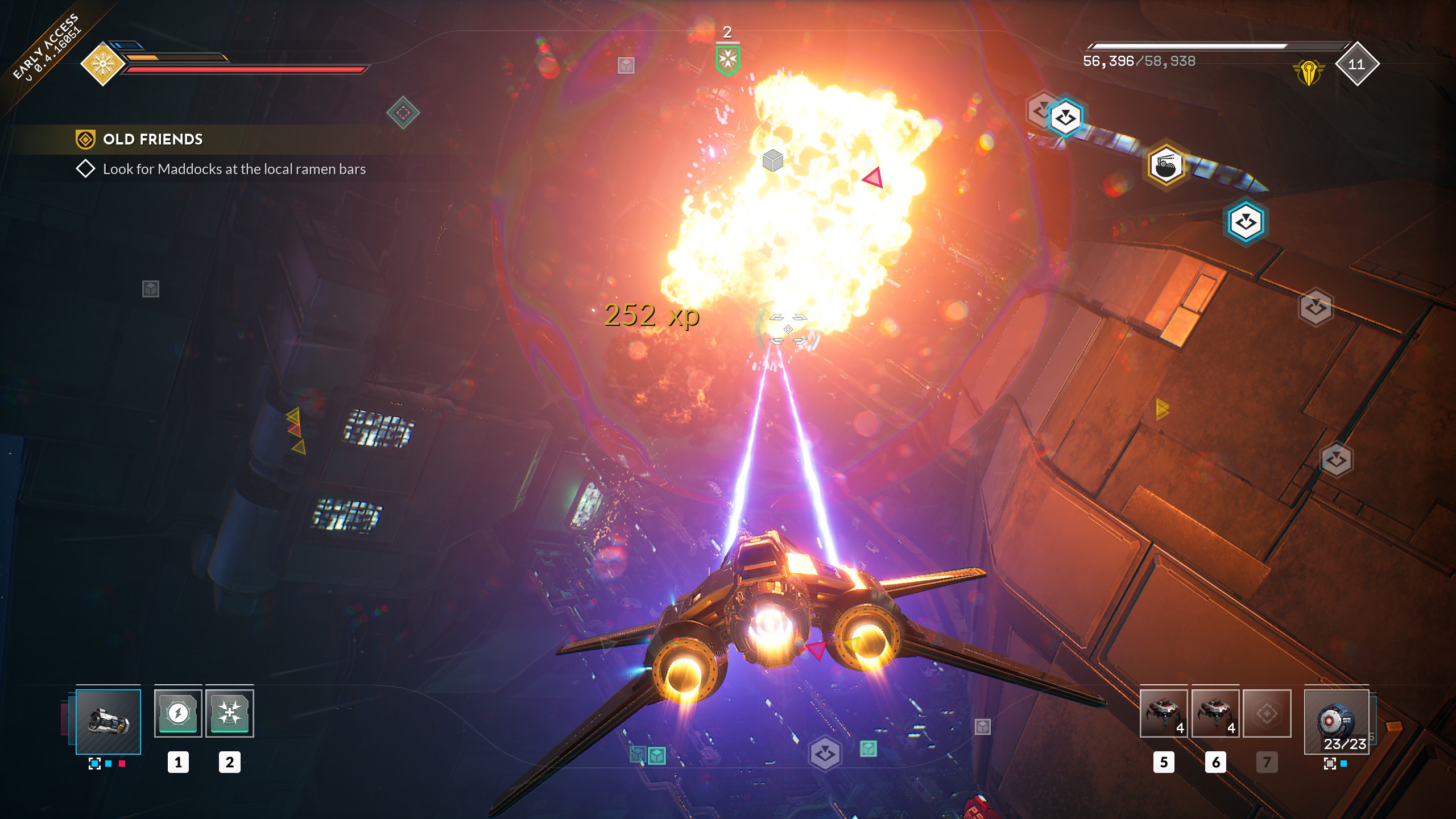 In Early Access, we’re starting back from the beginning and get our first taste of the story elements of the game. You’ve got just the one ship that you slowly upgrade over the course of missions. I’ve been enjoying the story so far. It’s got full voice acting and is primarily delivered through graphic novel-style cutscenes, as well as some chatter between characters while you’re out and about flying your ship.

The core of the game is mostly the same. You fly, battle enemies, solve puzzles, salvage parts, or scrap from derelicts or your victims to upgrade your ship, and keep going. However, now there are story elements pushing you forward that help put everything into context. One new feature I’ve noticed is the ability to customize the appearance and aesthetics of your ship in addition to upgrading your hardware. You can find color palettes in the wild that allow you to make the ship truly yours. 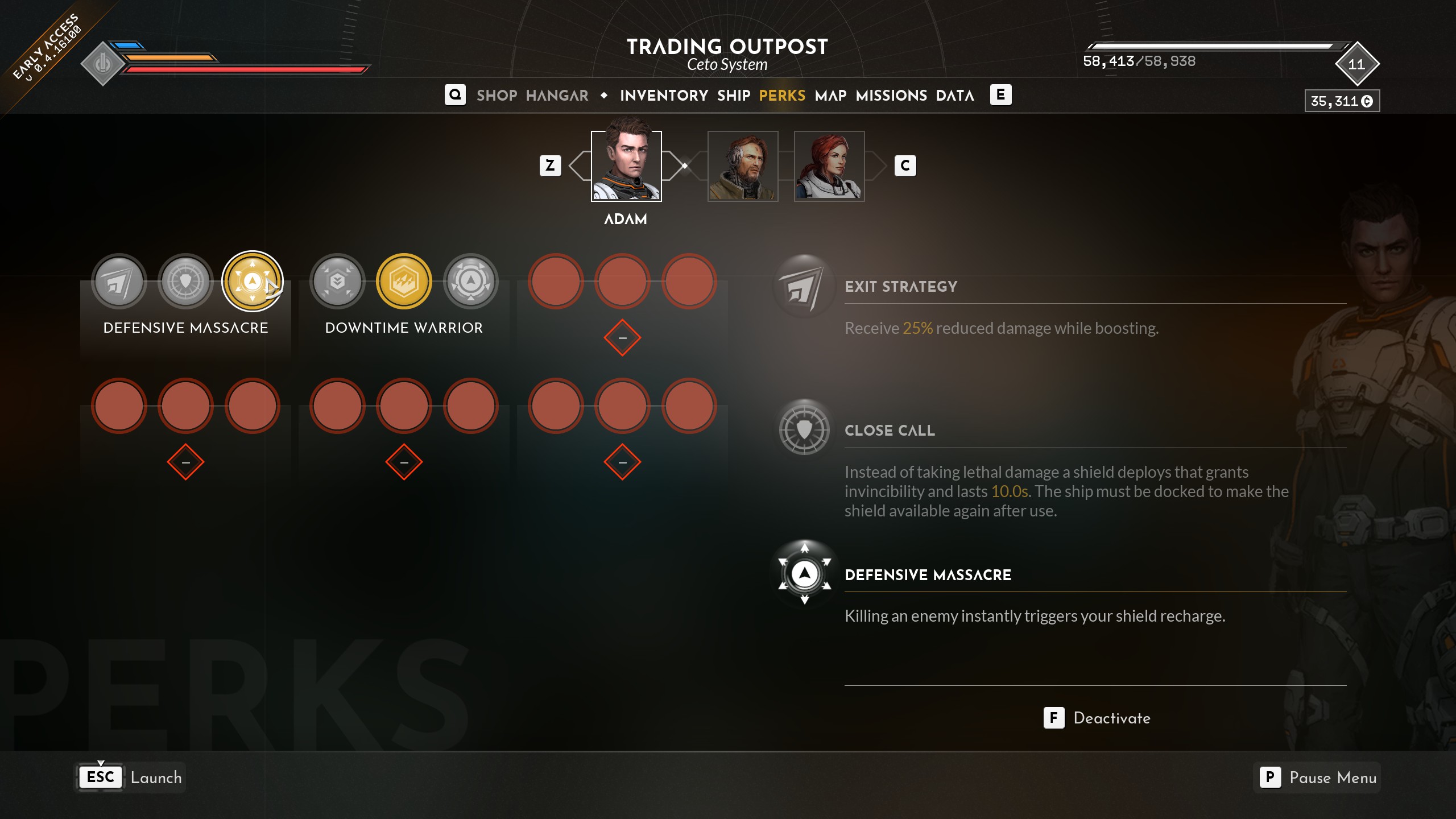 Since the last build, the hands-on throttle and stick (HOTAS) support has been upgraded from simply an experimental feature to a full-fledged control scheme. The game has several built-in profiles for many of the most popular setups including the Logitech X52 and X56, and the Thrustmaster T.16000M and Warthog. I was also pleased to see a template for dual Thrustmaster T.16000M’s!

Using my Thrustmaster T.16000M stick and TWCS throttle, after a bit of fine-tuning with the bindings, I found that I was able to have an enjoyable flight experience. However, due to the constant need in the game to be able to thrust backward or use precision hover controls, I would recommend that most pilots use either a throttle with detents (for moving in reverse) along with two additional axes to control hover — or use a HOSAS setup like the dual T.16000M stick setup that EVERSPACE 2 supports out-of-the-box.

Ultimately, I defaulted back to a simple Xbox controller as I found that it was the most intuitive and seamless way to fly. Mouse and keyboard are also solid options for the WASD inclined.

I was pleased to see a variety of perspective options added as well. Pilots are able to switch from a third-person view of the ship to a cockpit view – even turning the cockpit off if they so choose. I rather enjoyed the cockpit as it had a bit of a quaint X-Wing vs TIE Fighter feel to it. 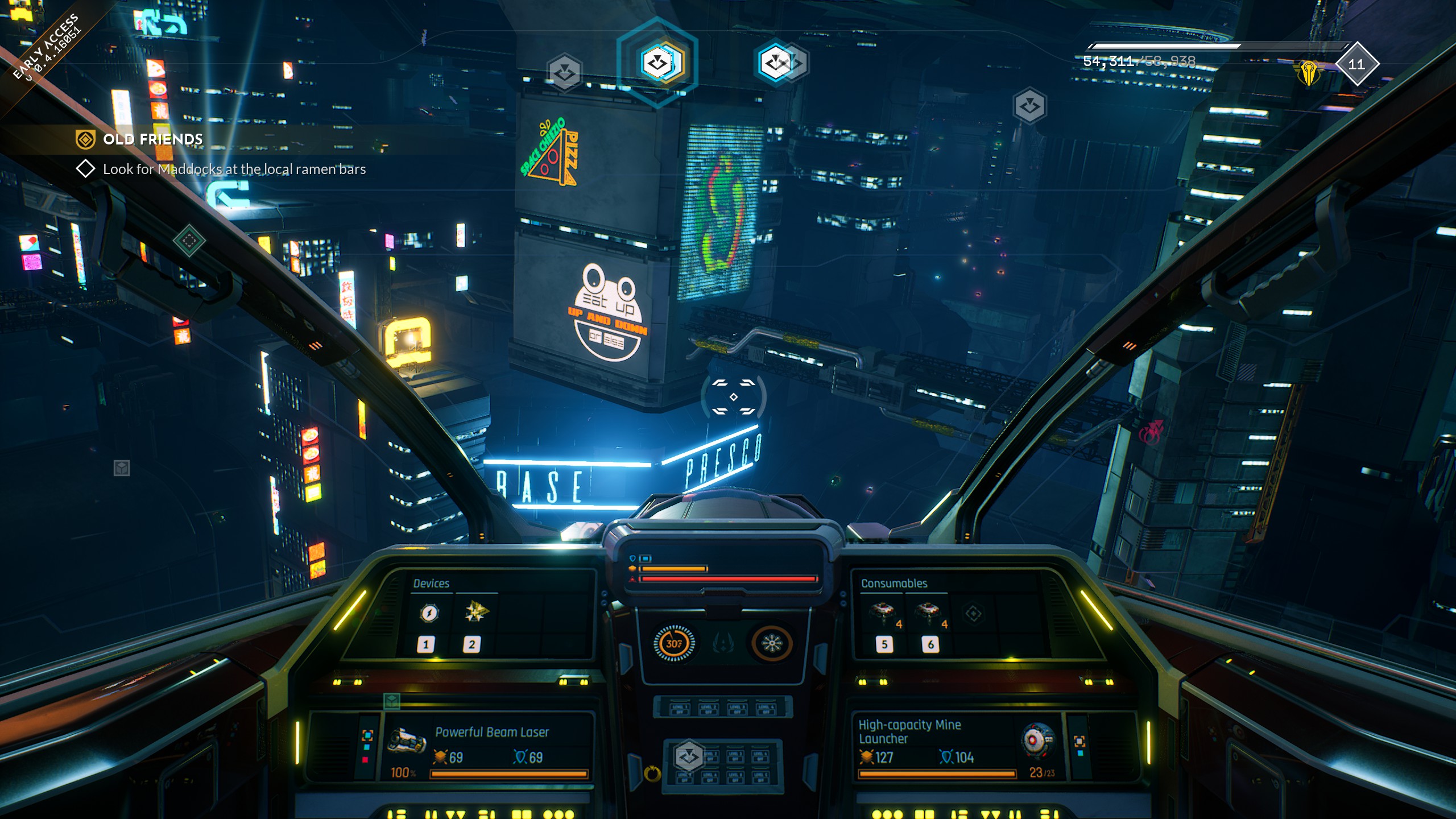 In the end, the game mechanics at the core of EVERSPACE 2 haven’t changed much – but the game in which they live has received a ton of polish. The game is everything that I’ve liked about it thus far, just…more of it. ROCKFISH continues to iterate on the game and push out updates, with quarterly updates planned to eventually add more star systems and ships, more perks to unlock, more enemies, achievements, and more.

EVERSPACE 2 is a fun and welcome addition to my game rotation. Now if you’ll excuse me, those outlaws aren’t going to destroy themselves!