Hello, gamers! I have had the privilege of being able to play the newest park simulator game developed by Pixelsplit. The game is in early access and still being developed. Therefore, know that my impressions may not be true to what you will experience if you are reading this too far from publication.  I need to thank Pixelsplit for the preview code that was provided.  I have enjoyed my time with the game and thank you for trusting me and MHG with reviewing this project.

A new twist on an old favorite

Indoorlands is a new twist on the traditional park simulator. In this game, players are in the role of a park administrator.  In this role, the gamer is tasked with building a theme park that is profitable and entertaining. The game requires that you manage various perceptions of the park like cleanliness, attractivity,  exclusivity, and so on.   These stats are mostly manipulated through various buildings and attractions that can be built if the proper finances and research have been achieved.  Players will need to build a few research buildings early on to be able to capitalize on some of the higher-tiered rides, shops, and restaurants.

The park works off of a grid system.  The game starts off with a lot of land being available with a certain amount of pathways already built and an attraction hall with a few shops.  Once these spaces are utilized the player can then choose to either build more pathways to expand within the current space or there is an option to buy additional lots of land.  It is best to utilize the land to its fullest potential because each new parcel will increase in value. 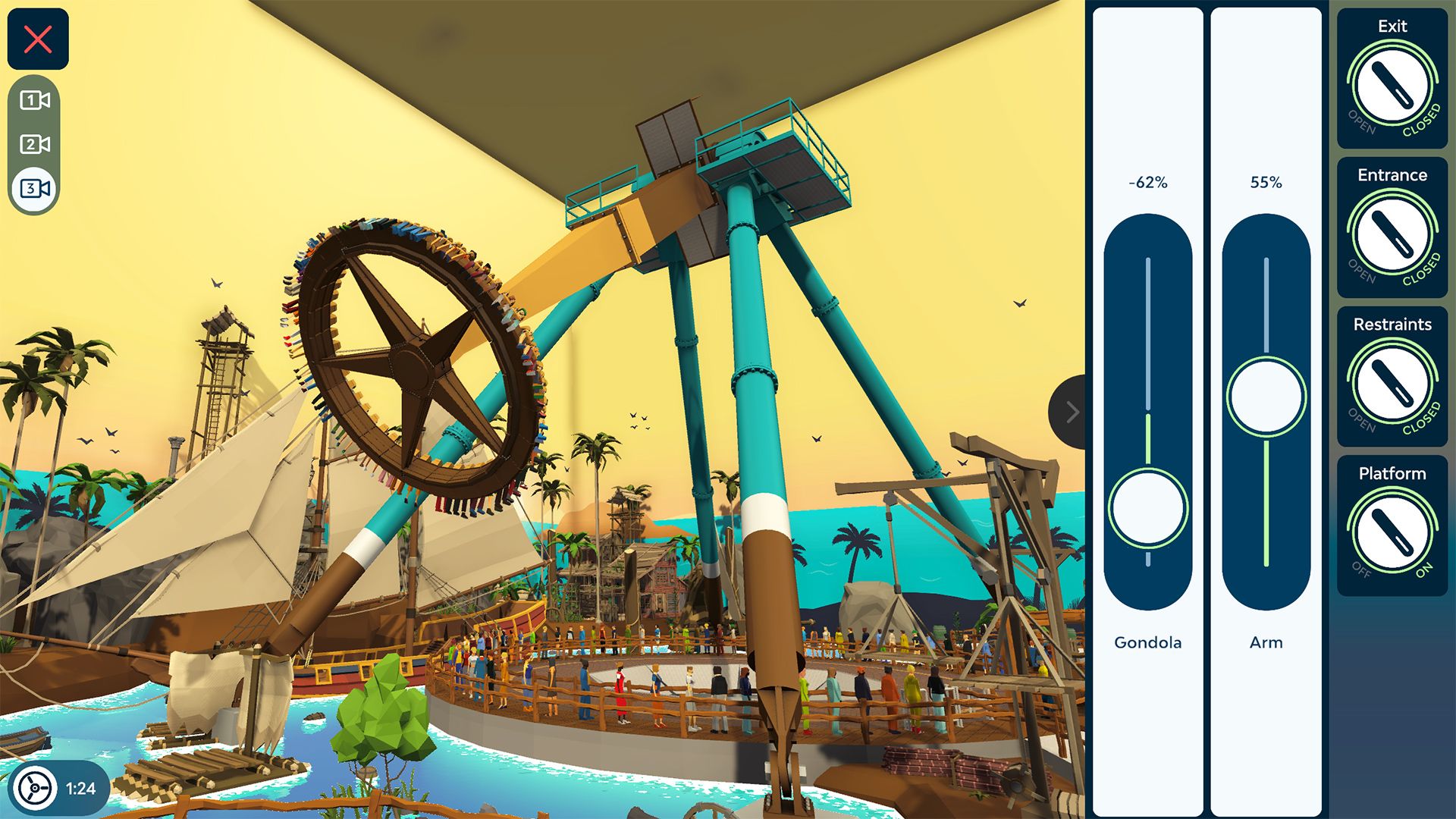 If you build it, they will come

One of the first priorities of business is to build a ride in your attraction hall.  There will be a couple of options. More can be unlocked by playing the game and spending research points for new rides.  Once an attraction has been purchased, you will need to decorate your hall.  This is a major feature of this game.  The customization for the attraction halls and deco halls is quite expansive.  There are various themes that the elements are based on.  The themes are Vikings, space, Japan, western,  country, and pirates. The Japanese theme is my favorite so far, with the pirate theme in a close second.  Luckily, the pirate them is unlocked from the onset. The attraction research tree also allows for additional props to be researched and unlocked for each theme. As you decorate the hall, the attraction stat of your park will increase.  This is easily seen using the attraction heat map.  This map shows the attraction multipliers and the areas around the park that you may need to work on.  The deco halls work similarly to the attraction halls, but they do not have an attraction.  They are merely for customizing and good for sprucing up areas that may not be able to handle the full size of an attraction hall. 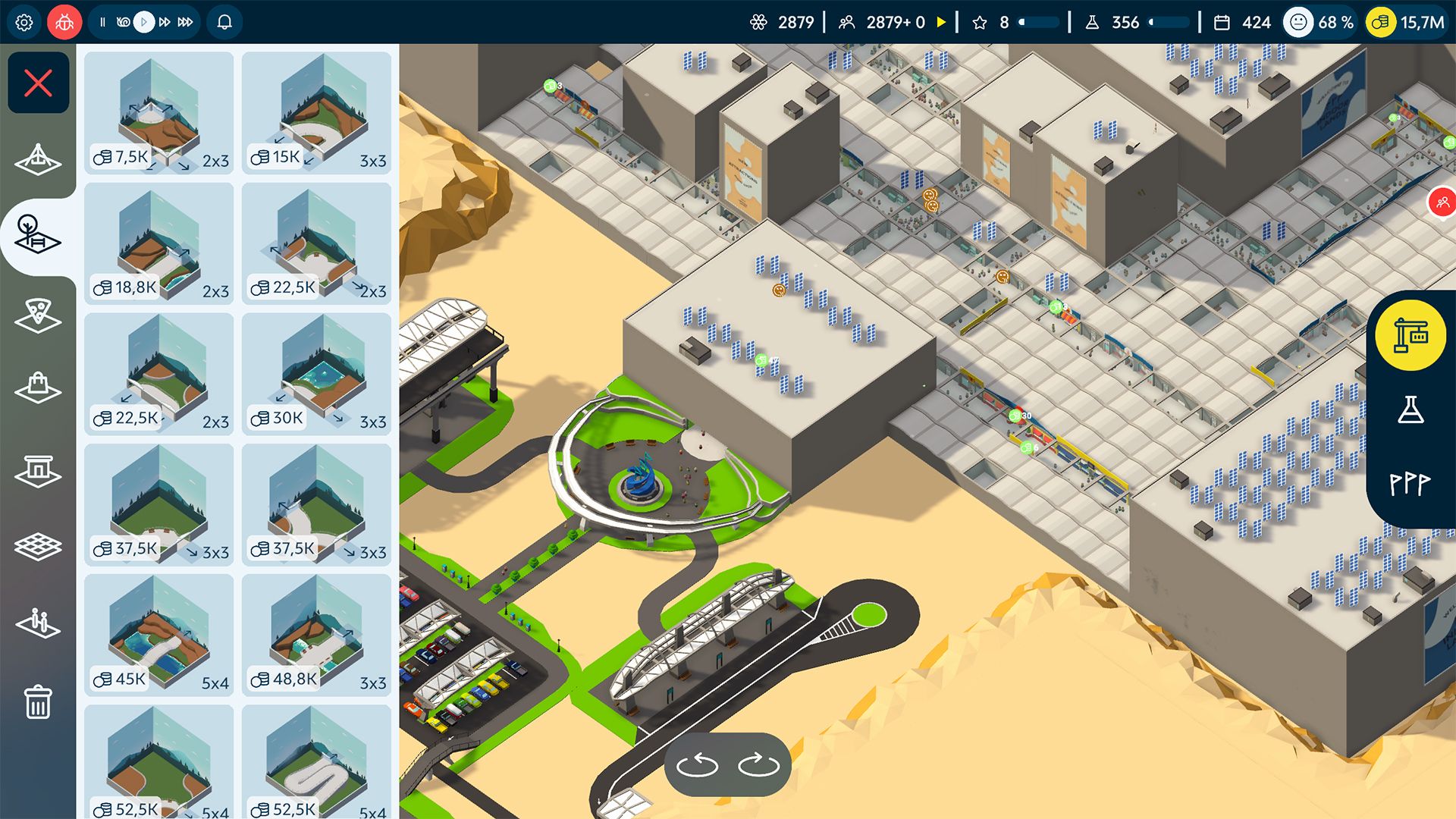 Both of the types of halls have options for purchasing themes if one does not want to take the time to place individual props.  However, at the launch of the game, there does not seem to be too many of these themes available.  I do not see anywhere on the research tree to unlock more of these.  Therefore, I expect that this will be built on as the game matures.  To be honest, I feel that if these are used to heavily, that the player is missing out on a huge aspect of this game.  As the park administrator, the mission is to build the park and customize it to suit the ideal themes. If the themes are used too much then there is not much to do in the game other than plop down some buildings here and there with an occasional ride from time to time. 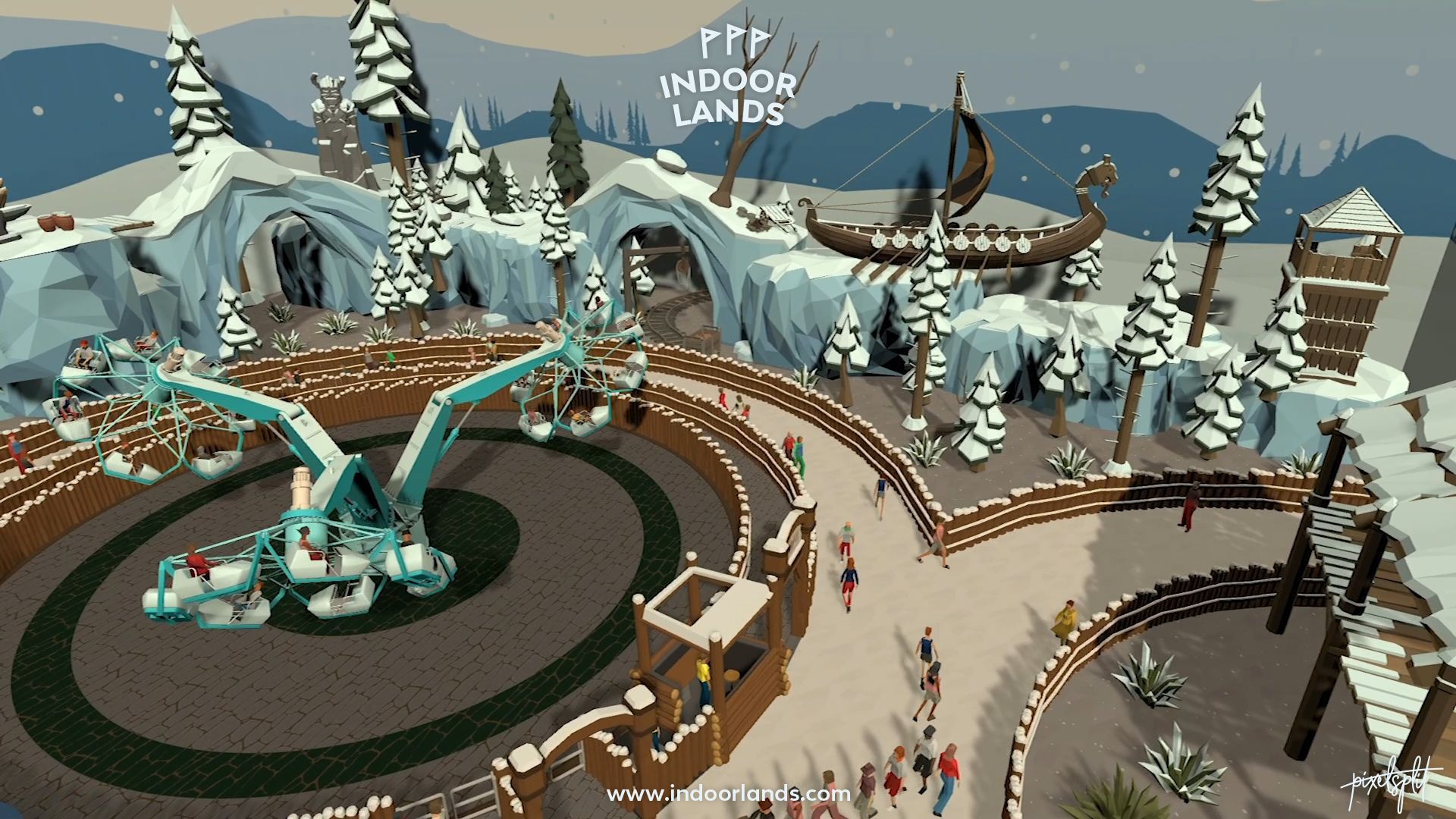 Many of the customization options are not present outside of the halls.  The community is already providing feedback by asking for more customization options for the pathways and the exterior of the park. Fortunately, Pixelsplit has answered this request by notifying the community that this is an area that they would like to improve.  However, Pixelsplit is communicating their concern in doing this the right way.  They do not want to make the game overly complicated and are opting to keep it simple and approachable.  I would say that the game is very approachable.  The preview build that I played on PC is quite limited in the tutorial aspect.  The build that I played allowed for me to explore the tools on my own and it was very easy to pick up and understand the game. 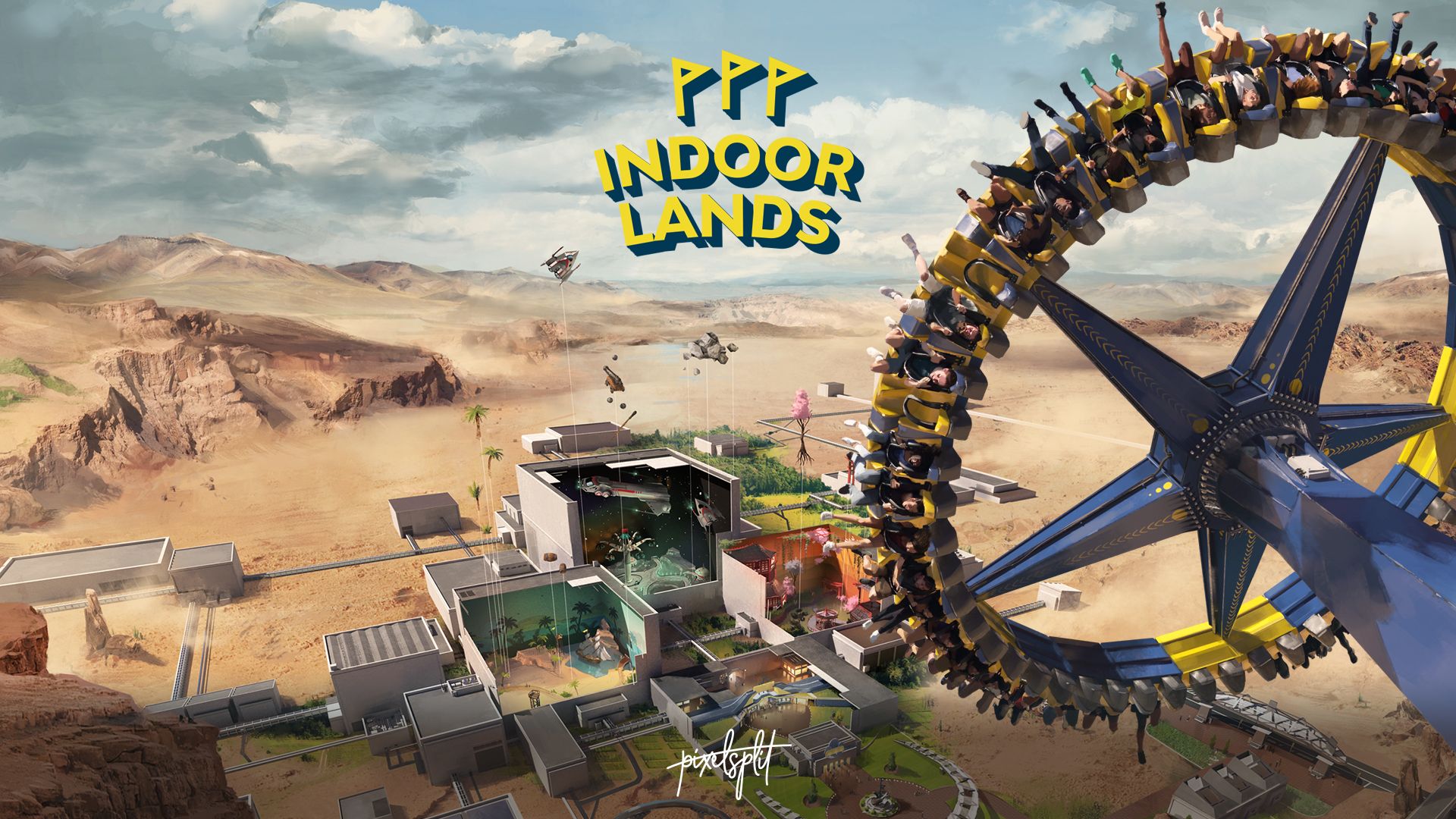 I hate to critique independent developers on their work. I cannot imagine how much work goes into launching a project like this. Overall, this is a great game and many will enjoy it.  I do think that it is fair to say that I am eager to see the game mature.  There is a road map that Pixelsplit has shared.  There are quite a few eye-catching milestones there, such as rollercoasters.  There are of course some quality of life changes that will go a long way in the game.  Some of the props are not all that snappy, in that it can be difficult to get them in the perfect position if there are other props affecting the one that you are trying to place.  Also, to me, the public really does not seem to factor into the game as a narrative.  I think that Frostpunk is a really good example of how the game can push the player to do certain activities by being prodded by the populace.  It would be nice to actually have some dialogue from the park’s attendants asking for certain rides or restaurants which would put the player in the situation of having to choose to either respond or ignore those requests. 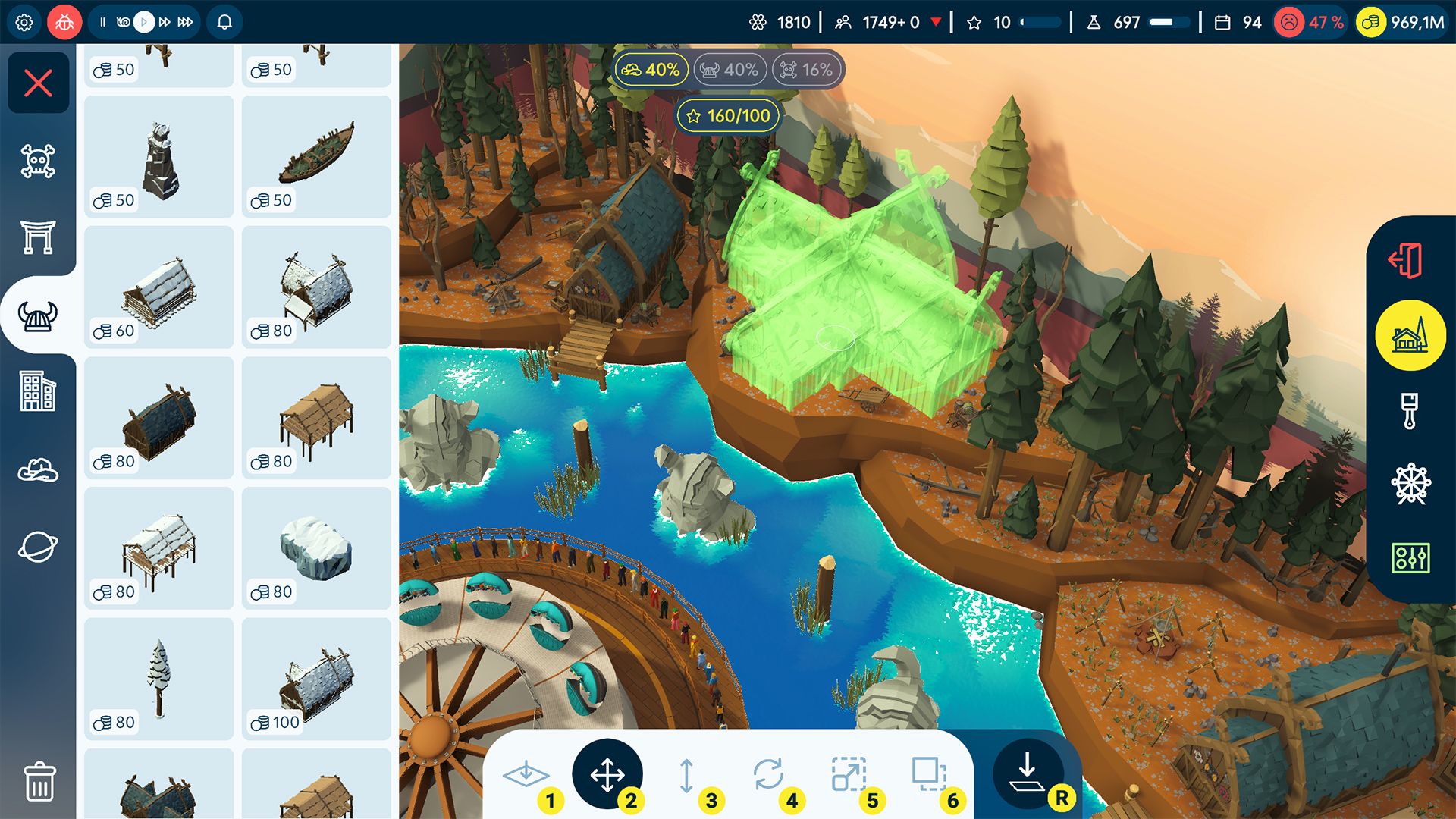 There is Twitch customization that allows for viewers to interact with your park.  It is experimental at this point in time.  I think this feature has a lot of potential.  At present, it allows for viewers to influence their person in your park to interact with rides or move from point A to point B.  The viewers can also litter in the park forcing the player to be sure that there are enough utilities to keep the park tidy.  Prior to the most recent update, players had a tool to remove waste from the park. The game has been updated to do this passively through the placement of utility buildings. It is really cool seeing viewers walking around your park.  I hope this can be expanded on.

In short, the game is quite enjoyable.  It is a great way to wind down from a long day of work by building something.  If you love park simulators then I recommend that you give this game a try.  I will be frequenting this game to keep up on how my attendants are doing and keep sprucing up the park with deco halls and more.  I think Pixelsplit has already proven that they are responsive to the community and that they will continue to build upon an already great game. I love the Japanese theme and the user-friendly UI and mechanics.  Job well done and thank you! I am eager to see how new decorations are added and new mechanics to the game.  I think the roller coasters will be a great addition.  I hope to see that the attraction mechanic expanded to the exterior of the park.