On October 1, 2019, Destiny 2 will change as we know it. Eris Morn is back, the Moon is haunted, and armor is changing. Today on Twitch, Mixer, and YouTube, Bungie put their Armor 2.0 on live display to Guardians everywhere. Here are the highlights of the news, and some minor fangirling from me, per usual.

When Shadowkeep drops in October, there will be more than just new story and lore to experience. Shadowkeep is toting Armor 2.0 along with it. 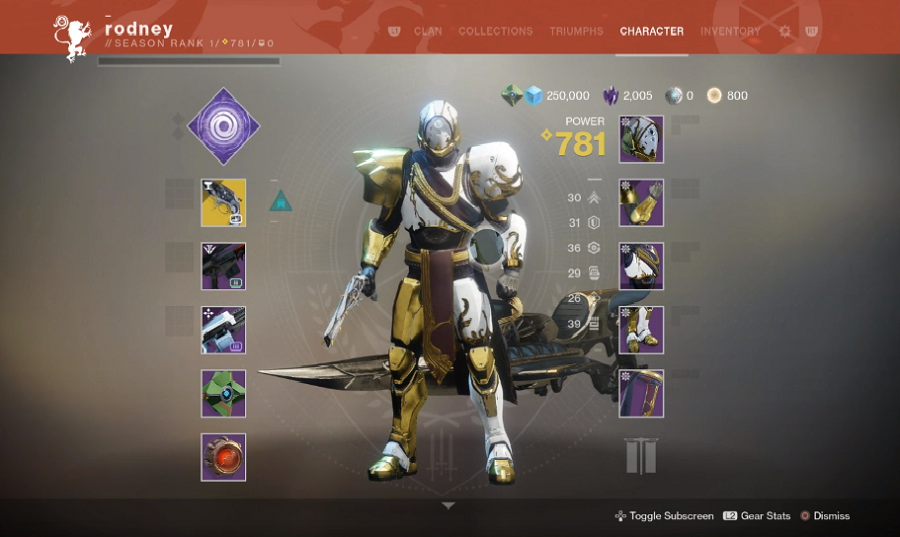 Armor 2.0 is a culmination of Destiny and Destiny 2 mechanics. Armor will now provide six statistics as base perks. For the record, class items (cloaks, marks, and bonds) do not have these base perks. Three from Destiny, and three from Destiny 2. These include mobility, resilience, and recovery (Destiny 2) and discipline, intellect, and strength (Destiny). They scale from 0-100, and from tiers 1-10, with every 10 points per perk moving a player into a new tier. It really is a combination of the best of armor perks from Destiny and Destiny 2. The higher the tier, the better the perk performs. Sounds straightforward.

Modifications are getting the biggest overhaul in the world of Armor 2.0. The biggest piece of information is that modifications do not expire after you apply one to a piece of armor. You can use them again, and again, and again in as many armor pieces as the game will let you. Once you unlock an armor mod, it is usable forever. Or well, until armor gets another overhaul years from now. Each armor piece (helmet, gauntlets, chest piece, greaves, and class item) holds different mods. Below is the helmet example, however the mods each armor piece will support in Shadowkeep is equivalent to how perks can be found on armor currently in-game. The game will alert players if a modification can be used more than once per armor piece. If it cannot, it will grey out. Armor modifications that have been unlocked will be available to plug and play, those not yet acquired will also be grayed out. 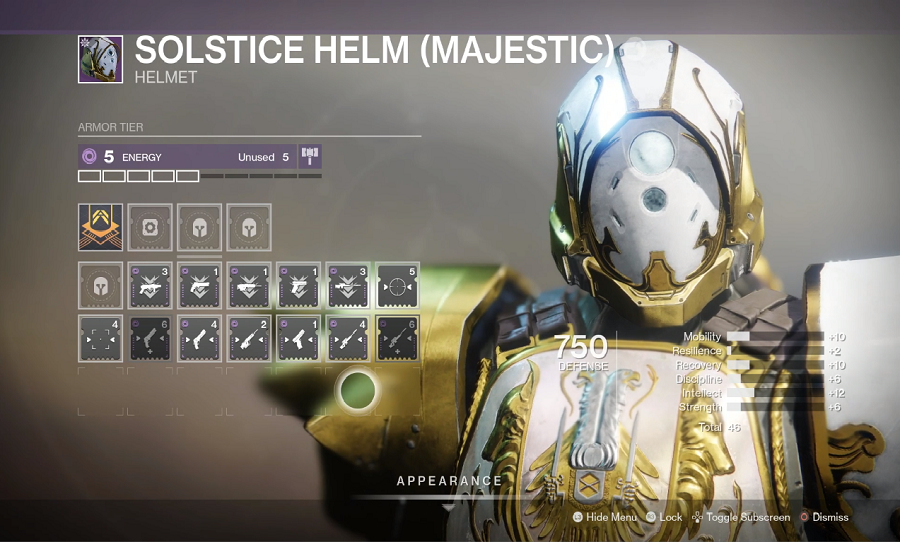 In order to use a modification, the armor tier and armor energy must align. In the figure below, the helmet is armor tier 5 (of 10) and is void energy. Therefore, the player has the ability to use 5 points worth of modifications (seen above), and may only use void modifications or modifications that are not assigned an energy type. The armor tier is now what players will upgrade in order to Masterwork armor and open more points for players to attach modifications with. 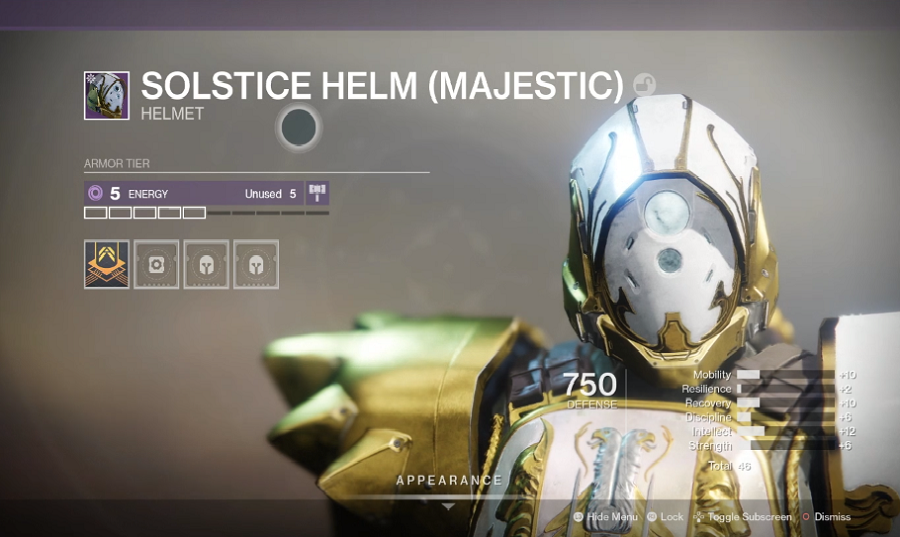 Upgrading armor to Masterwork status will require at least one new material, Ascendant Shards. Bungie Community Manager Deej addressed concerns about how to obtain these shards and if it will be as “painstaking” as obtaining Enhancement Cores have been in the past. While he did not provide a clear answer, he did say there would be a “steady flow” of upgrade materials for those players grinding Destiny 2, and from “multiple sources.” Once an armor piece is Masterworked every statistic the armor piece started with will gain +2 points to that perk. 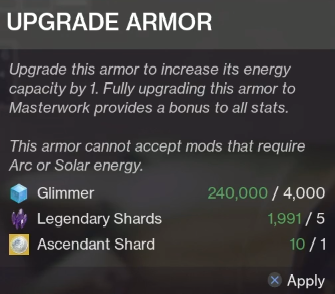 Before moving on to some other reveals seen in today’s stream separate from Armor 2.0, here are some other things to know about 2.0 armor: 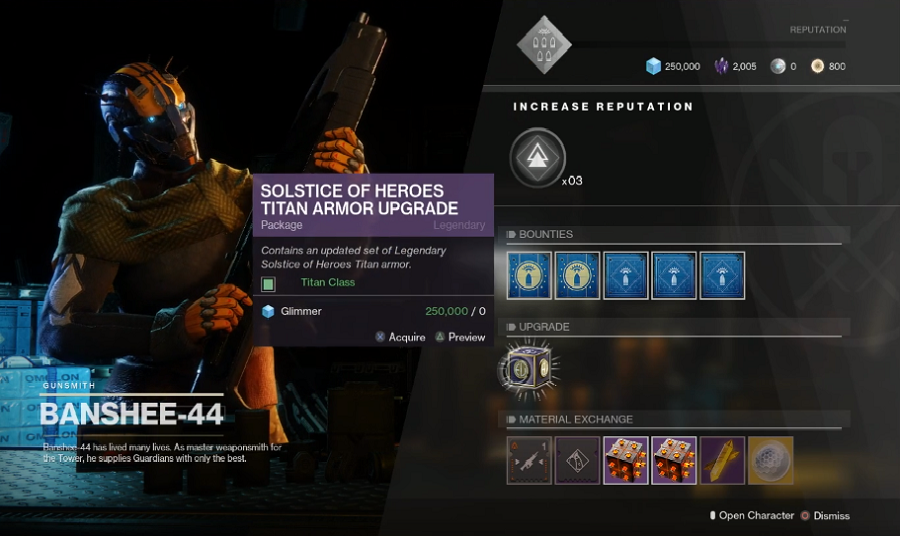 Bungie’s stream today also boasted some other reveals. A menu upgrade that now includes a player’s ghost and sparrow in the background, a brief glimpse at finishers, a glimmer cap increase to 250,000, void class buffs that leads to the return of a classic mechanic, and universal ornaments.

The finishers were introduced to the community in the Shadowkeep reveal stream earlier in the summer. Each class will have its own finisher that can be used on enemies with low health. Enemies with a gold circle above their heads are susceptible to finishers, as highlighted in the clip below. Deej was very intent on making sure the community wasn’t too spoiled, so only the Titan’s finisher was revealed today.

It was stated that void classes were receiving a buff. A bottom-tree void hunter was shown off during the strike, but the real reveal of void class buffs was when the void Titan running Ward of Dawn popped his bubble and the much-missed text “Weapons of Light” was plain as day on the left side of the screen. The Twitch, Mixer, and YouTube chats rejoiced, I screamed in glee in my car, and Titan mains everywhere were heard bubble popping with delight. I think even Lord Shaxx was heard yelling THIS IS AMAZING from his perch in the Tower.

Universal ornaments were lightly explained, but based on the menu displayed on stream, it seems there are helmet ornaments that have been obtained over many events that will now be usable on any armor piece that corresponds to that ornament. It seems pretty straightforward, but as more information is released, universal ornaments will fall into place. 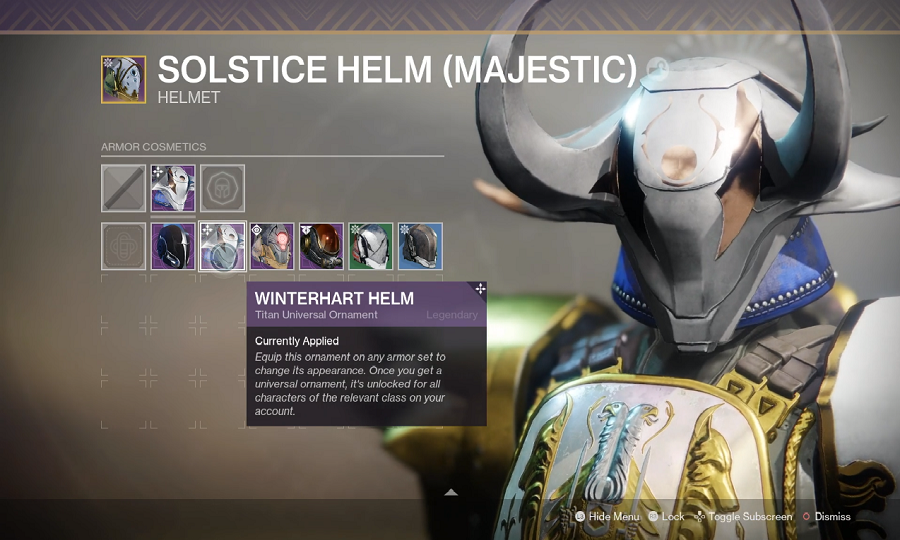 There is a lot to be excited about with Shadowkeep and Armor 2.0. It feels like a mix of old, current, and new, and the future of Destiny is bright. As more Shadowkeep information is released at Gamescom (which MHG will be at) and Pax West, the overall picture of Shadowkeep’s intention will come together so that players are ready for the DLC’s drop in October. Keep it here at Mulehorn Gaming for updates on Destiny 2 Shadowkeep and more every day.

This Weekend in Destiny