Destiny. A word that encompasses many things for many people. For me, and millions across the world, Destiny highlights hours of honed skill, fun with fireteams, raid bosses annihilated, and crucible matches won…and lost. For five years, we have stood up as Guardians to defend the Light against the Dark. I’ve loved every moment, even the ones I hated. This is my ode to Destiny and its sequel, Destiny 2, on its five year anniversary.

I admit, I didn’t play Destiny on this day 5 years ago (I was a month late), but I have been playing since 2014, and I did play the Beta, so let’s call it even. When I loaded up Destiny, watched the intro, built my Guardian, met my Ghost, I knew I had picked the right game. My gaming background, my rite of passage into gaming is seeded in titles such as Skyrim, Dishonored, Tomb Raider (2013), and Mass Effect. Destiny, though, was new to me. An MMO with RPG aspects, I had a lot to learn. For the first few months I played all-but solo. Strike playlists, crucible, missions, The Black Garden – all on my own unless matchmade. And I was fine with it. 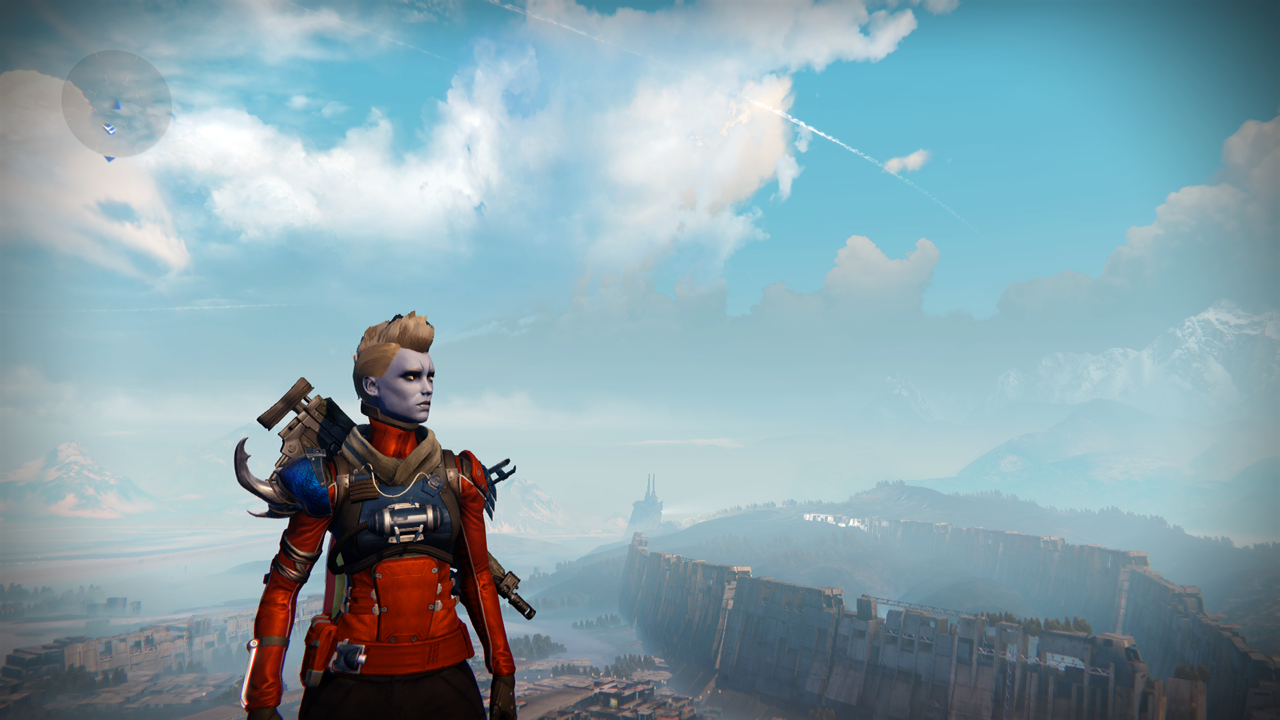 I remember one night messaging an IRL friend if I could join him for my first nightfall completion. It was Winter’s Run. I hid on the cheese ledge where I could neither die nor get in anyone’s way. I loved every second. Shortly after I was running strikes in a playlist and was matched with the same two guys for a few strikes in a row. They invited me to a fireteam, I surprised them by being a woman, and we were a fireteam from there on out for a good while. They took me through my first raid, Crota’s End, where I got the drop everyone wanted, the Mighty Gjallarhorn. Destiny was better with friends, but I still cherished those solo moments.

Somehow someway, I found myself interested in the idea of joining a clan. Around December 2014, I stumbled upon one and joined its ranks. I made even more friends. I had a plethora of people to play with (mostly women!) in any and all activities. I raided regularly. I learned how to complete Vault of Glass (still the best raid to date, don’t @ me). I had the weapons, the gear, the characters. I was a Destiny Player, through and through. 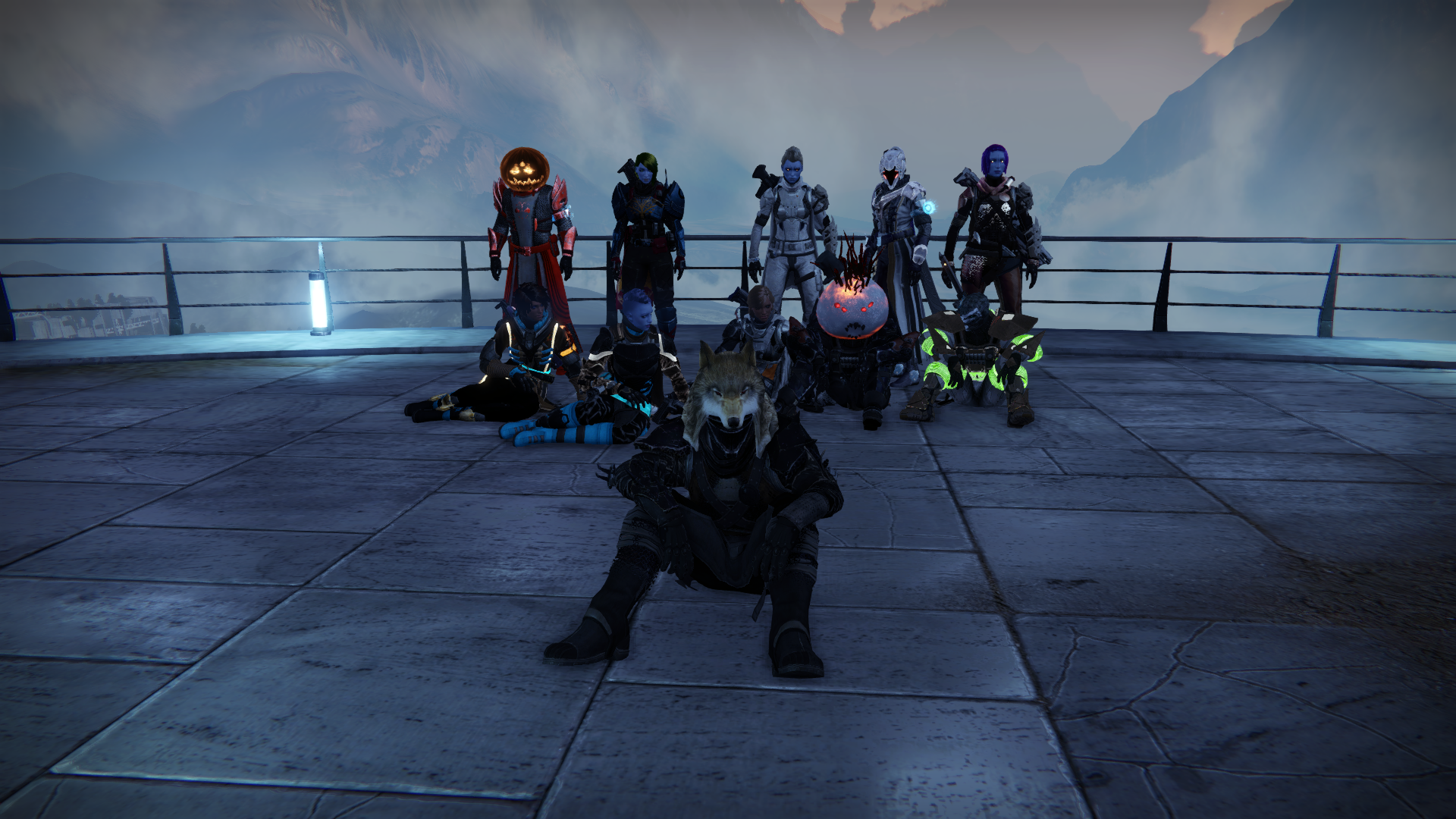 Playing in a clan solidified my identity in the Destiny community, but as my tenure matured, I learned I was looking for an environment with a different atmosphere. I left the clan I grew up with, for a clan that met me where I was at near the end of Destiny’s Rise of Iron DLC. A sense of a tighter knit community and like-minded players. I still belong to that clan today, entering into Year 3 of Destiny 2. I group up with clanmates almost every time I login these days. I’ve completed every raid with them. Every strike, every task. We are there for each other old players or new. Some of the friends I made at the beginning of my time in Destiny are in the clan with me, and we fondly reminisce on the kinderguardians we once were.

Destiny hasn’t just been a game for 5 years. It’s been a community. I come from Tampa Bay, which many in the Destiny community know as the birthplace of GuardianCon, since it did all start in a bar. My first GuardianCon experience was at the Winghouse near the State Fair Grounds Expo Center. I met clanmates from my original clan, won an amazing Rise of Iron poster, and was surrounded by hundreds of nerds who were just like me. The following year I attended the event, watched Dr. Lupo and countless other big Destiny Community names slay in the crucible tournament. I met DeeJ and Cosmo, King Gothalion and ProfessorBroman. I felt more understood in that day than I had in most other days throughout my entire life.

In 2018, the convention moved to a bigger facility in Tampa, and I attended with two women I have known since 2014 in-game. We spent the entire weekend with each other, as though we had known one another our entire lives. I never thought a video game could bring me such friendships. We are still friends today, talk all the time, and I still get heckled about being a lightweight (I’m five foot zero, give me a break!). We watched Gambit for the first time (the line was too long to play). We watched Ninja and Dr. Lupo go absolutely nuts in Fortnite. We got free shirts and met new friends. We solidified our place in the Destiny Community by being part of something bigger than ourselves. 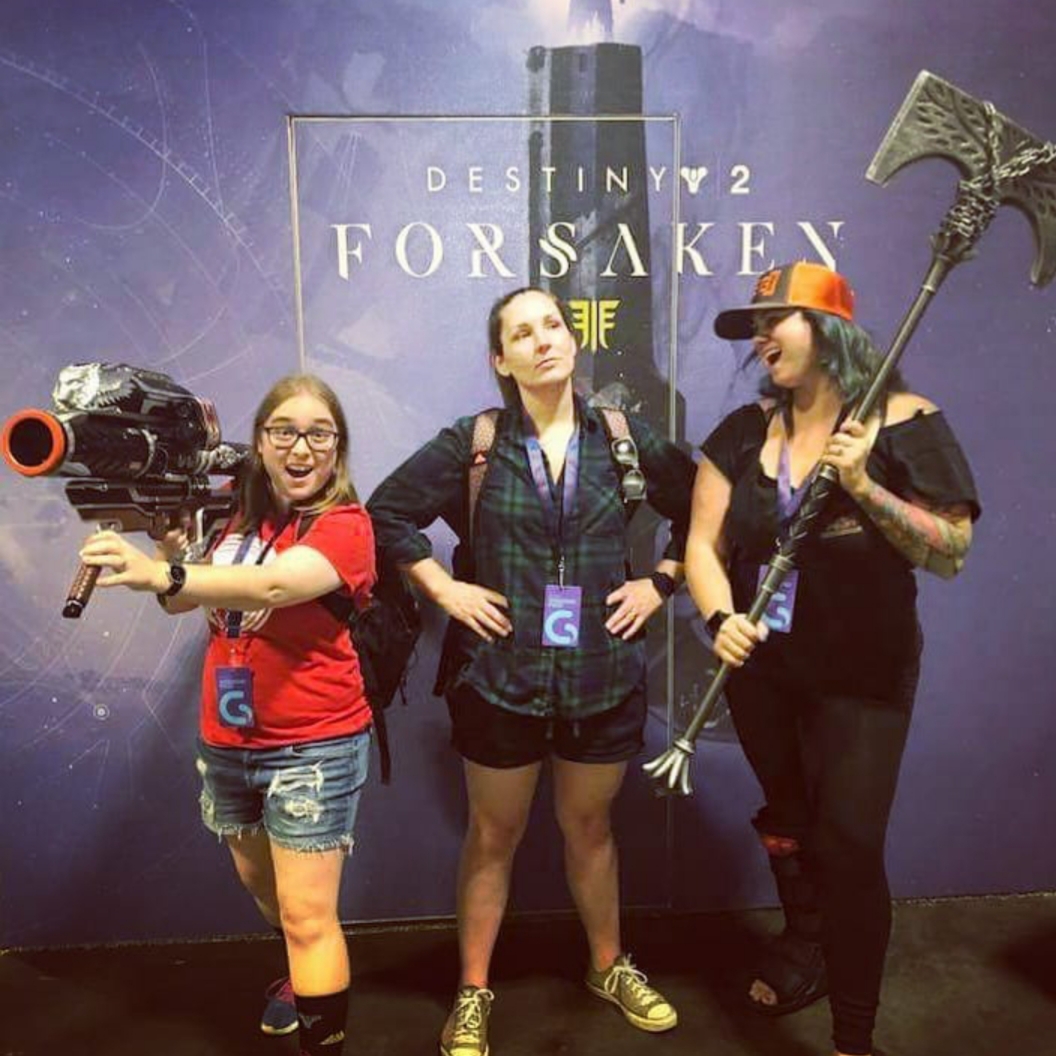 This year I traveled to GuardianCon in Orlando on my own. I met some amazing people from years past who I met up with again. I met up with clanmates and added some new ones along the way. I got autographs from Bungie devs, staff, and performers. I met Dr. Lupo and the men of Rare Drop Co. It’s normal now, being among other Guardians. Destiny is part of me.

The Next Five Years

Through thick and thin, I always come back to Destiny. RPGs are my foundation, but Destiny is my home. My identity as a gamer has blossomed and made a name for itself because of the last five years. I am not the gamer I am today without it. The discipline, the emotion, the dedication – it all stems from the thousands of hours I’ve spent in the world of Destiny and Destiny 2. I hunger for the community, I yearn for the crispy drops, I clamor for the activities. I can’t wait to see where this journey takes us. From the Haunted Moon to the pyramid ships up dormant (or not!) in space, I’m here for the long haul.

Thank you, Destiny, for the lessons you’ve taught me, for the journey you’ve given me, and for the Guardian I’ve become and am still becoming. Happy 5 years and counting.