Year after year a new Call of Duty comes out and swarms of people flock to it. Luckily, there are different developers behind each iteration. With it now being Treyarch’s time behind the wheel with Call of Duty Black Ops: Cold War, how did they do? If you read my first impressions you should have an idea on that. Now join me as I review the latest entry into the series. 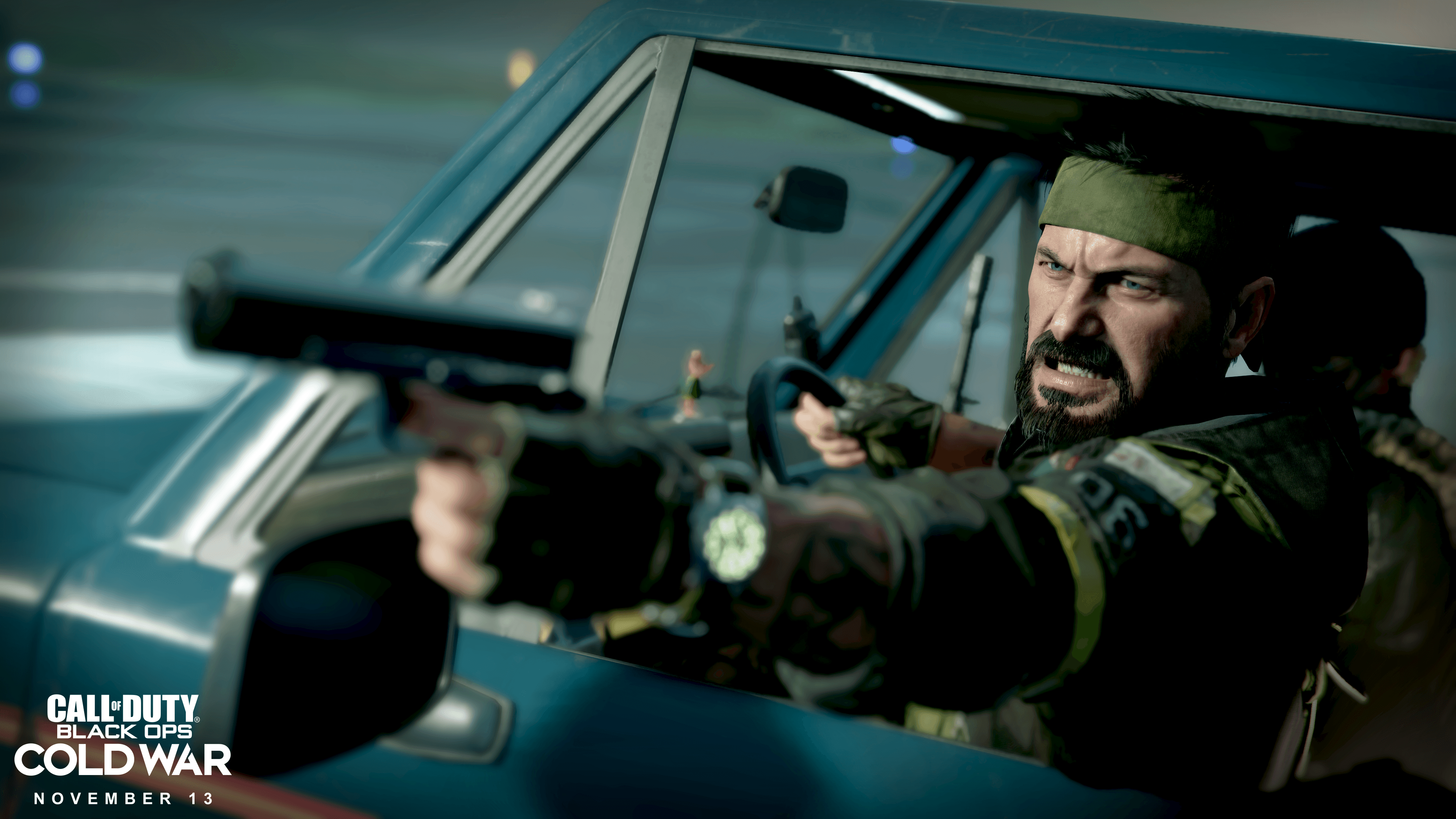 Somewhat following the footsteps of Modern Warfare ’19, Cold War looks to be a soft reboot of sorts in the storyline. Cold War takes place chronologically right after the original Black Ops. Taking place at the height of the Cold War the game takes liberties with doing clandestine missions in multiple areas around the world. There are plenty of twists and turns to be had in this outing. Some are actually easy to see coming but there are some that come out of nowhere. It was also lovely to see that unlike most CoD games this story didn’t just focus on each level building up to a big battle. 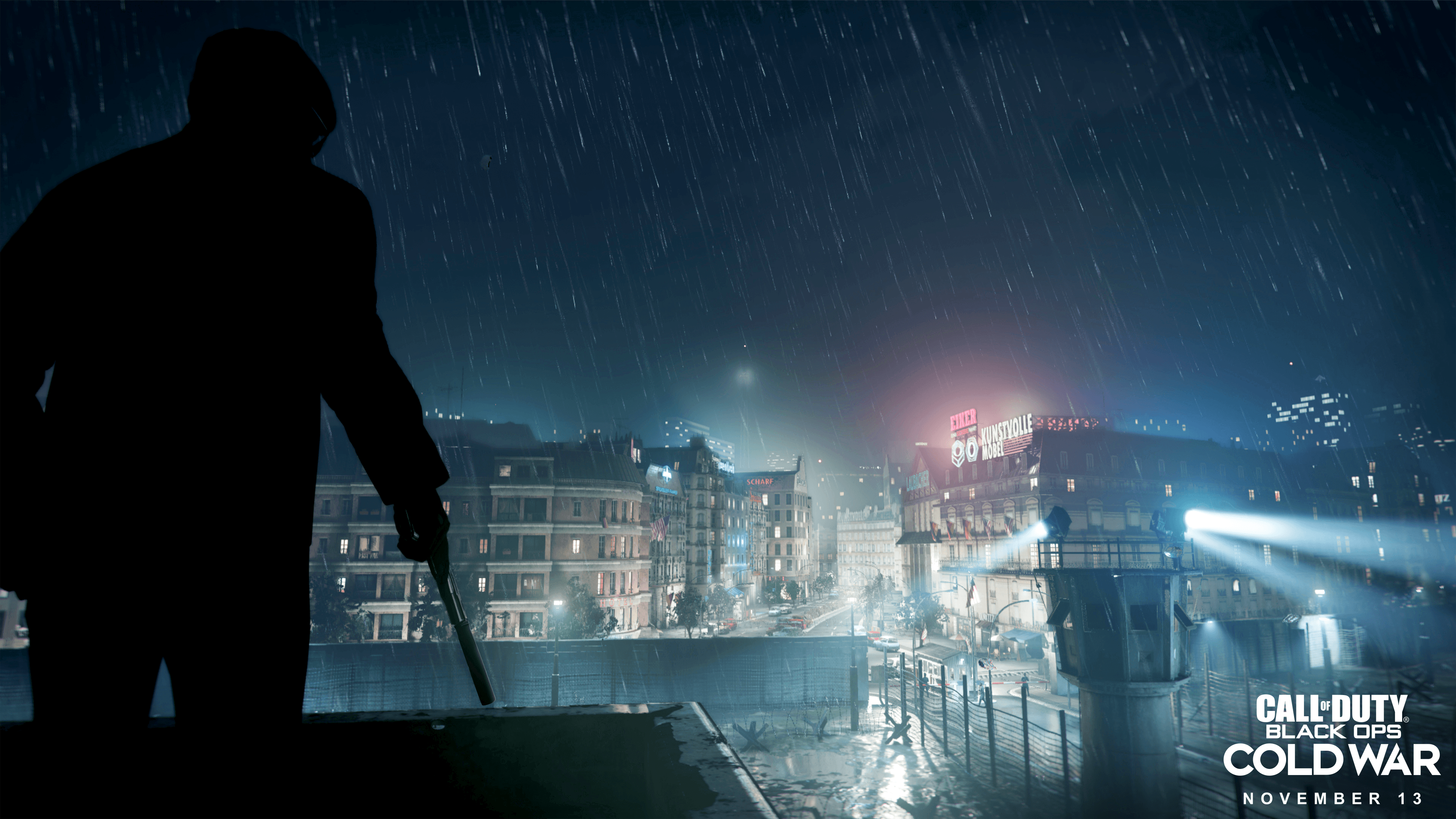 The biggest change this year is that you get to make your own character for the story. This is done in an ingenious way by having the team’s lead pull a file for potential addition to the current team set up to hunt Perseus. As you go through the file you select traits that slightly shift the story dialog and add perks to you while playing. Missions are now placed on a board for you to select the order of attack. There is a bigger focus on exploration in the missions as well. This is due to them hiding objects needed to help with one of two side quest missions. There are also tons of Easter Eggs to find some of which tie into the Modern Warfare storyline.

After not having a story in Black Ops 4 and the amazing story found in Modern Warfare ’19, it is great to see that Treyarch has put a story that not only plays smoothly but also is a story that does a great job of setting up big moments and reveals. The story felt a lot more personal this time. The focus on having to track down the main antagonist Perseus was well-paced and felt like a spy movie. This tonal change of pace is something that has been lacking from Black Ops for a long time. At around 8-10 hours the story definitely stands out as the high point of Cold War. 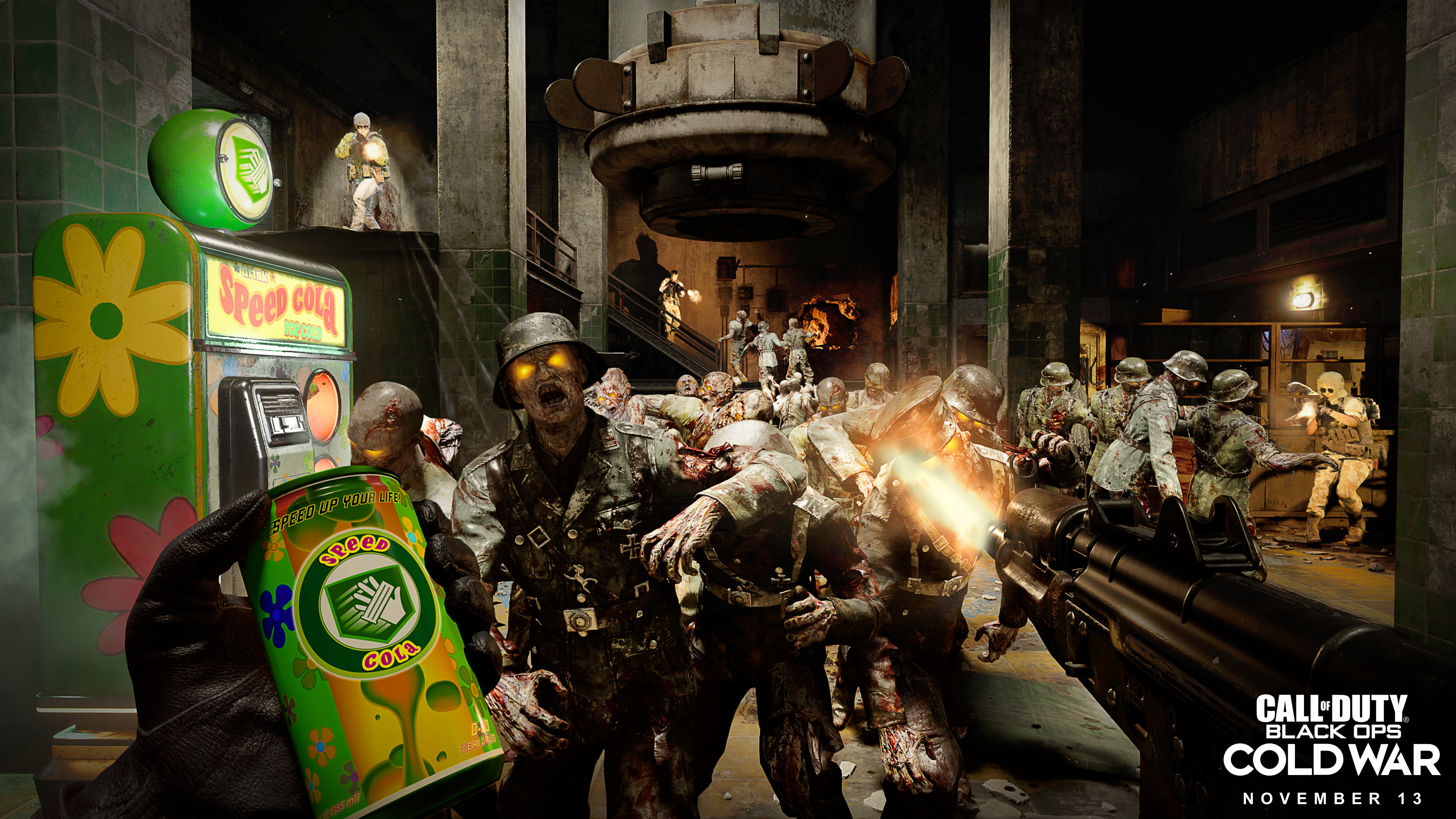 From the beginning of the series, Zombies has been one of the most popular modes in all of Call of Duty. This year will prove to be no different. Treyarch decided to make the Zombie mode free to play like the smash hit Warzone. For those of you who have been following along with the storyline in Zombies, you will be slightly disappointed to find that none of the series protagonists are in the game this year. The first map available is a rework of the original map from Call of Duty World at War. There are a ton, and I mean a ton, of Easter Eggs in this years Zombies mode. Many of which acknowledge the other games in the series. 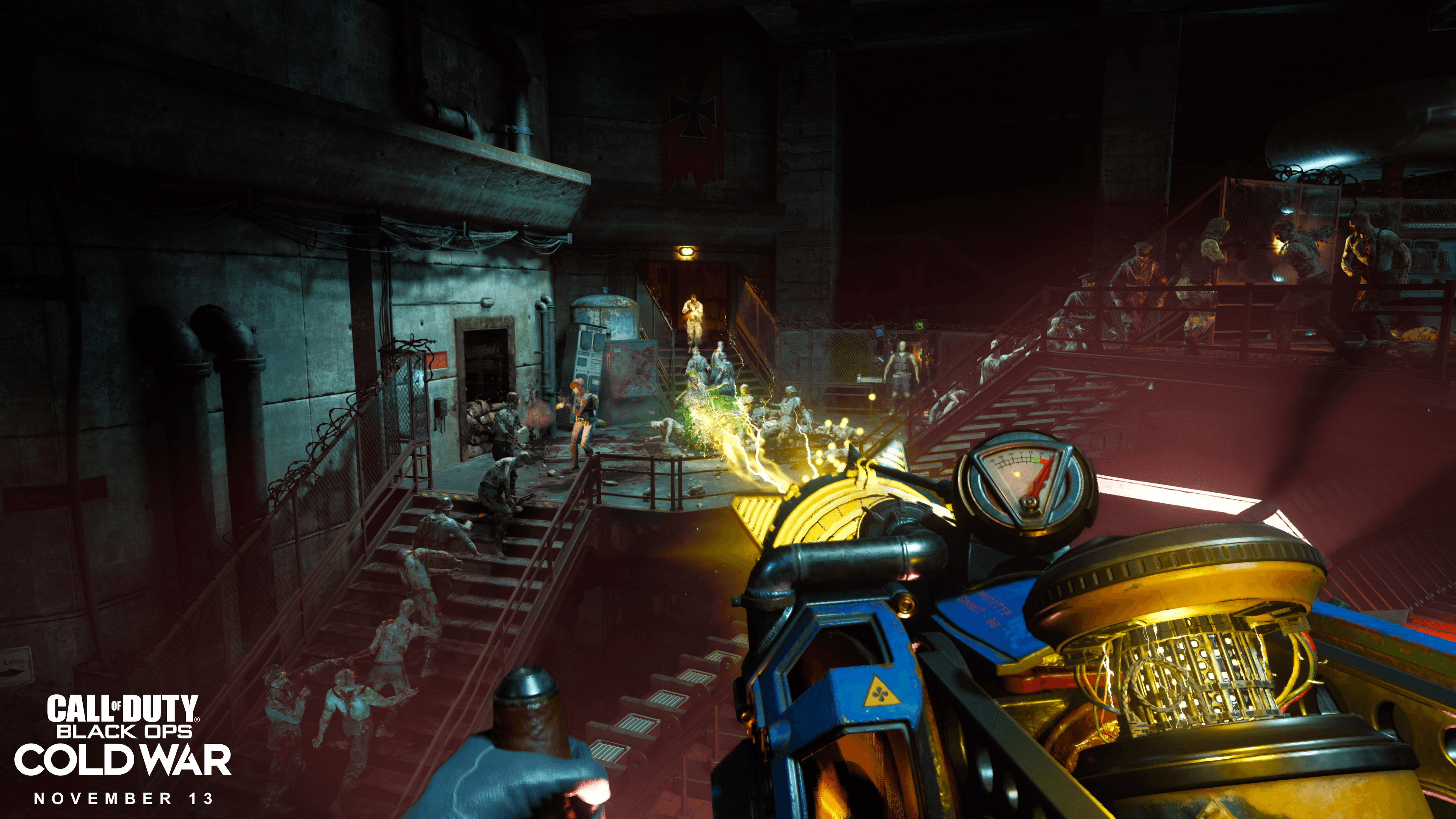 The change to free-to-play will definitely be a positive one for the future of the series and mode. It will open the door to those who have maybe only dabbled in or not tried Zombies in years prior. You select an operator from the pool of operators which include those unlocked in Modern Warfare or Warzone. You can play zombies in so many ways this year. You can either follow the prompts to unlock more areas and find out more about the story. You can find Easter Eggs that unlock different parts of the narrative. Heck, you can just try to survive as long as possible against the hordes of undead. 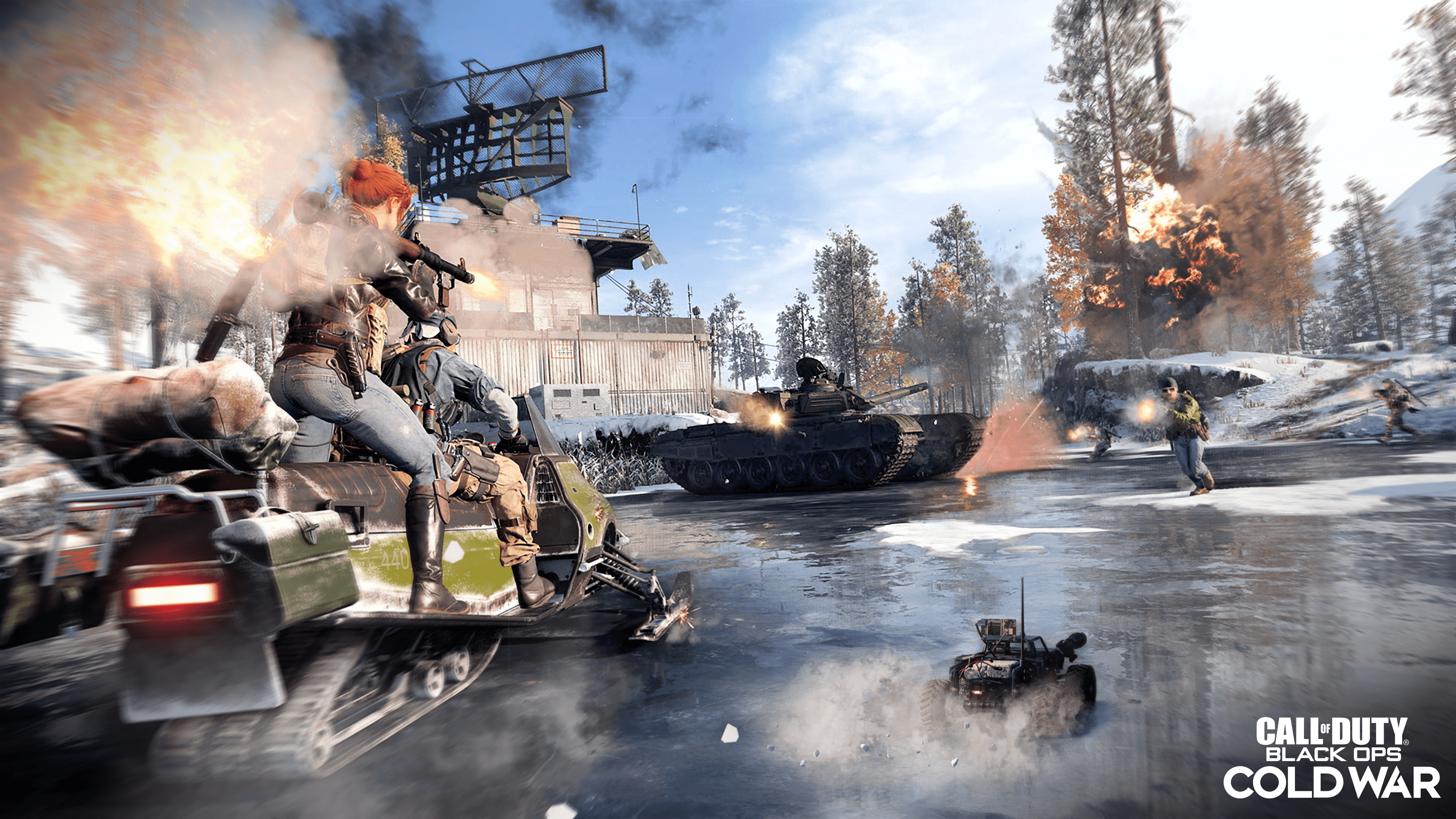 Since Call of Duty 4, the main draw of any CoD game has always been its Multiplayer mode. The series as a whole has been carried by its MP mode no matter who helms it. This year Cold War looks to bring things back to the fast and frenetic pace of the Black Ops games. Gone are the specialists and their quirky super moves. This year we get no descript operators with only visual differences and none of the playstyle differences found in the last few iterations of the game. This will both please and upset the fanbase for Black Ops. Gone as well is the fan-favorite Pick Ten system for your load-outs. This year the gunsmith is more in line with Modern Warfare and Warzone, with only slight differences. 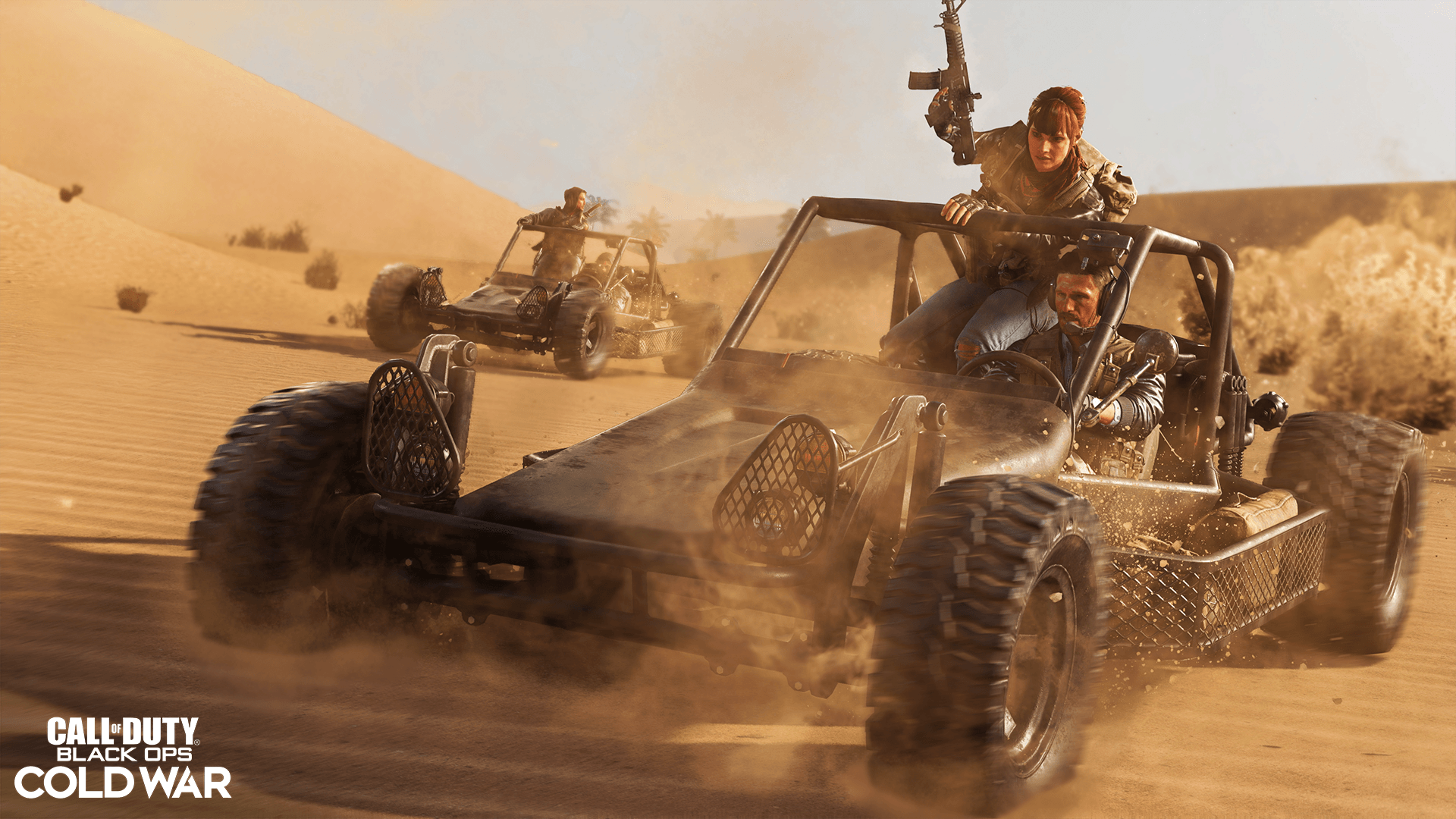 This year feels like a letdown as compared to years past. The maps in the normal MP all look different but play very similar to the 3-lane approach to map building. The maps are much smaller making combat faster paced but also leads to unfair spawn trapping often. Combined Arms is similar to Ground War found in MW last year with its addition of vehicles. The Dirty Bomb mode feels like a smaller version of Warzone. The only difference being the objective Domination style mode it has. The guns in MP are broken and unbalanced. You will come across one of two weapons more often than not. The MP5 and the M16 completely dominate the battlefields. Which is sad since there are so many nice options to use. Audio ques are unbalanced as well. Sometimes it feels like footsteps are super loud when people are not near you. Other times it feels like it is not loud enough.

There is a lot of good and bad with this year’s Call of Duty with the single play story being the standout. I will say that depending on the support that goes into the Zombies mode moving forward it will be great to see how going free-to-play will help the popularity of that mode moving forward. Hopefully, the MP modes receive some balancing and new maps to help level out the play consistency. Warzone is not fully tied into Cold War as of the time of writing but is scheduled to happen in December 2020.

Now to tackle the elephant in the room. If you were not aware Cold War has been crashing and breaking several systems across every platform. I myself had the game brick my Xbox Series X as well as shut down my Xbox One X a few times while playing to get the review done. After Googling it, I found that this is something many people are complaining about and being covered by several outlets including Forbes and Gamerant. As far as recommending the game I see it like this: you are a CoD fan and already have it, or you are on the fence. If you don’t have Cold War I would wait till they patch out many of the issues especially the system breaking bugs that Activision will not even acknowledge publicly.

That is it for me this time. If you want to chat about more Cod hit up the Forums or Discord. Want to read more articles, be sure to hit up the Main page. Till next time see you on the fields.