For a game by such a small development team, Biomutant does some great things. That sadly does not mean there are not a few massive flaws. Join me as I review this post-post-apocalyptic action RPG. 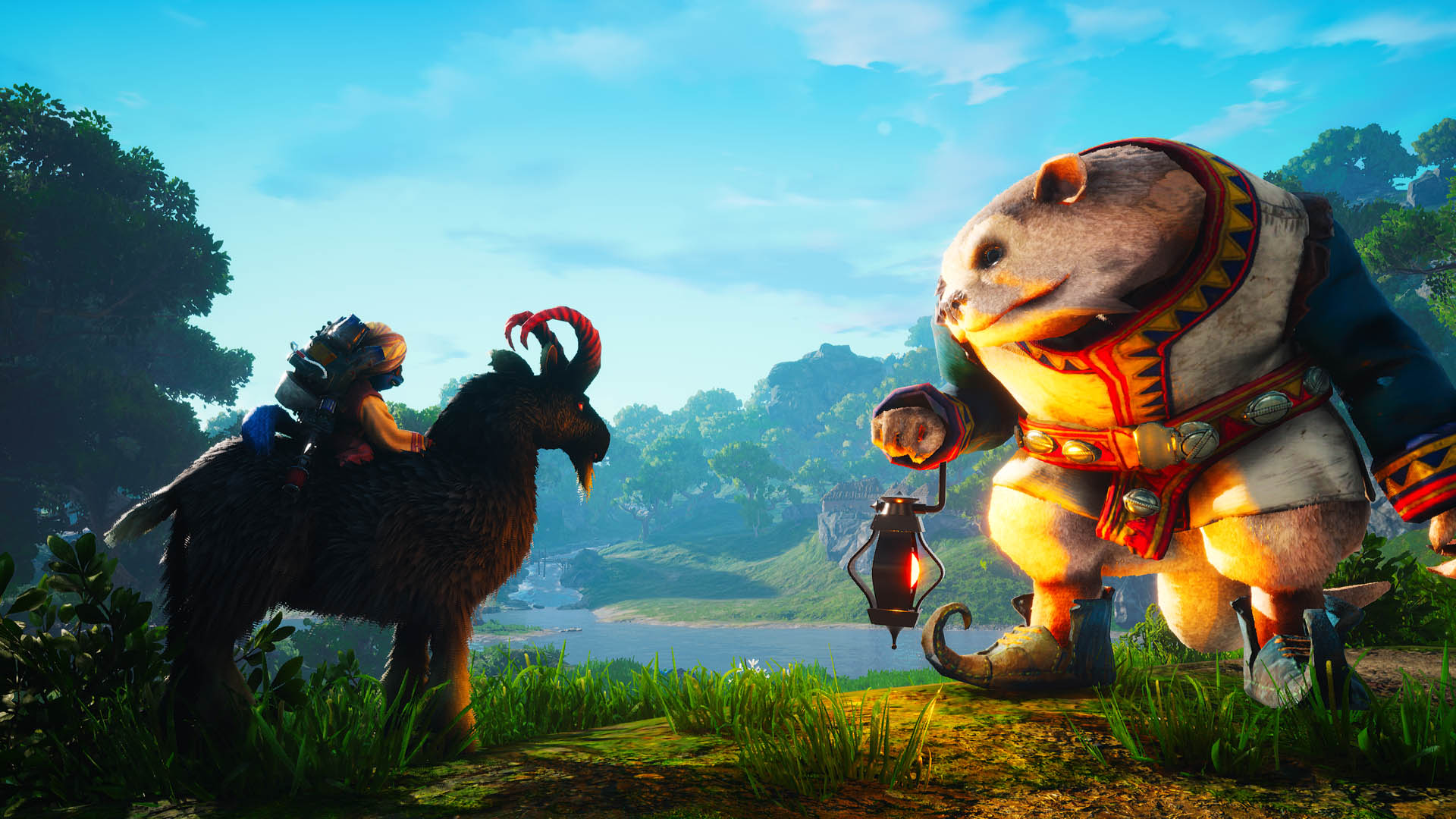 So, you are telling me raccoons took over?

Biomutant is a game that takes place after the human world ended. Now, we are on the verge of it ending again. The game features a ton of unique character and enemy designs. The main character and many of the other NPCs are made up of anamorphic creatures that resemble raccoons, squirrels, or other critters. Without giving much of the main story away, the “tree of life” is dying, and players are tasked to either save it or destroy it and start again. To do this players must either help unite or take over the remaining tribes. 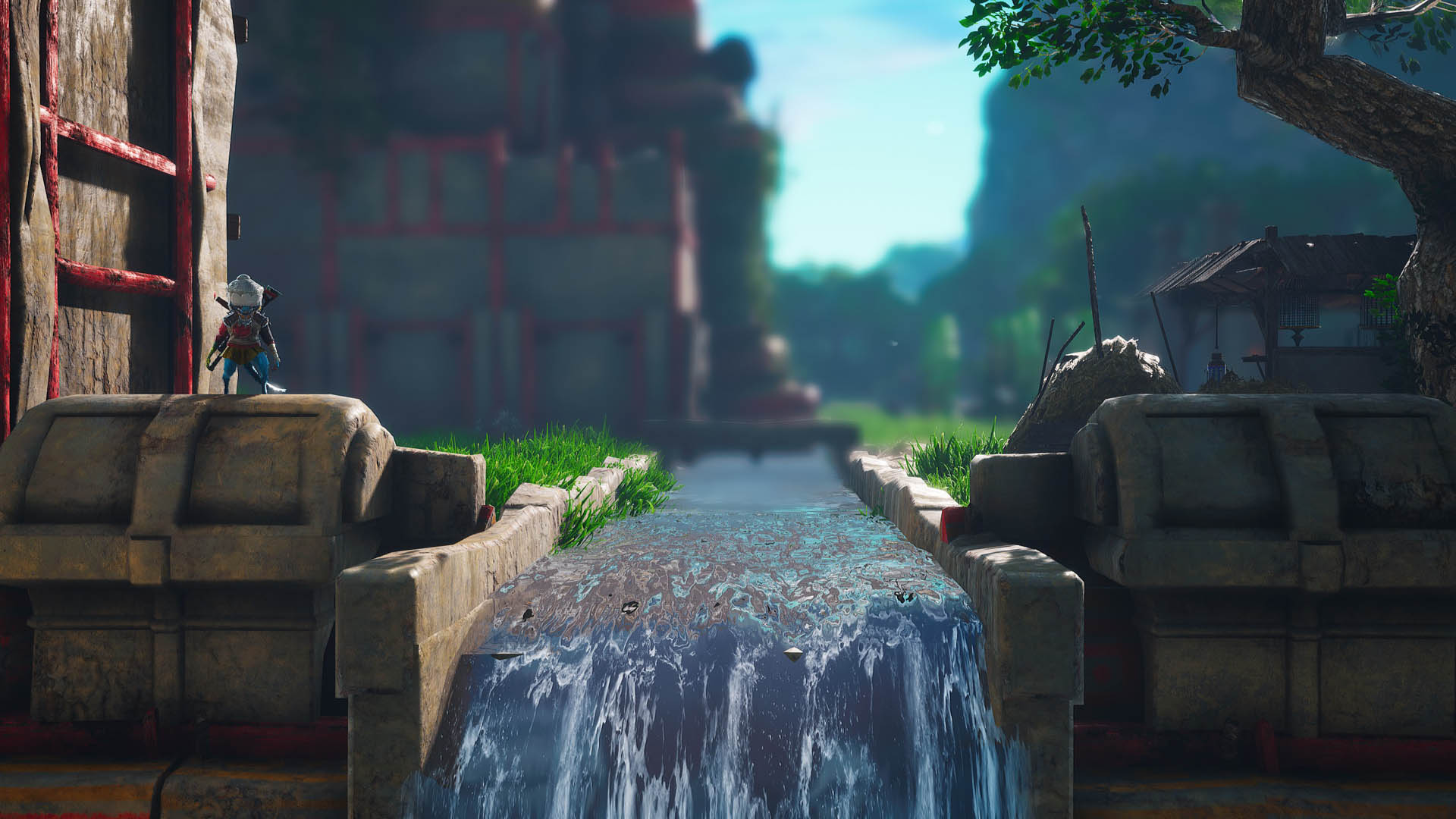 Wow, this is a very pretty world.

The development team put an amazing amount of work into the map. The locations are incredibly varied. From lush green areas and desolate wastelands. To a colorfully toxic area and more. As you traverse the world the changes in areas and design are excellent. The game also runs at a smooth 60 FPS on the Xbox Series X. Enemy and creature models are incredibly varied as well. You will keep being surprised at the creatures and how many different types there are in the game. 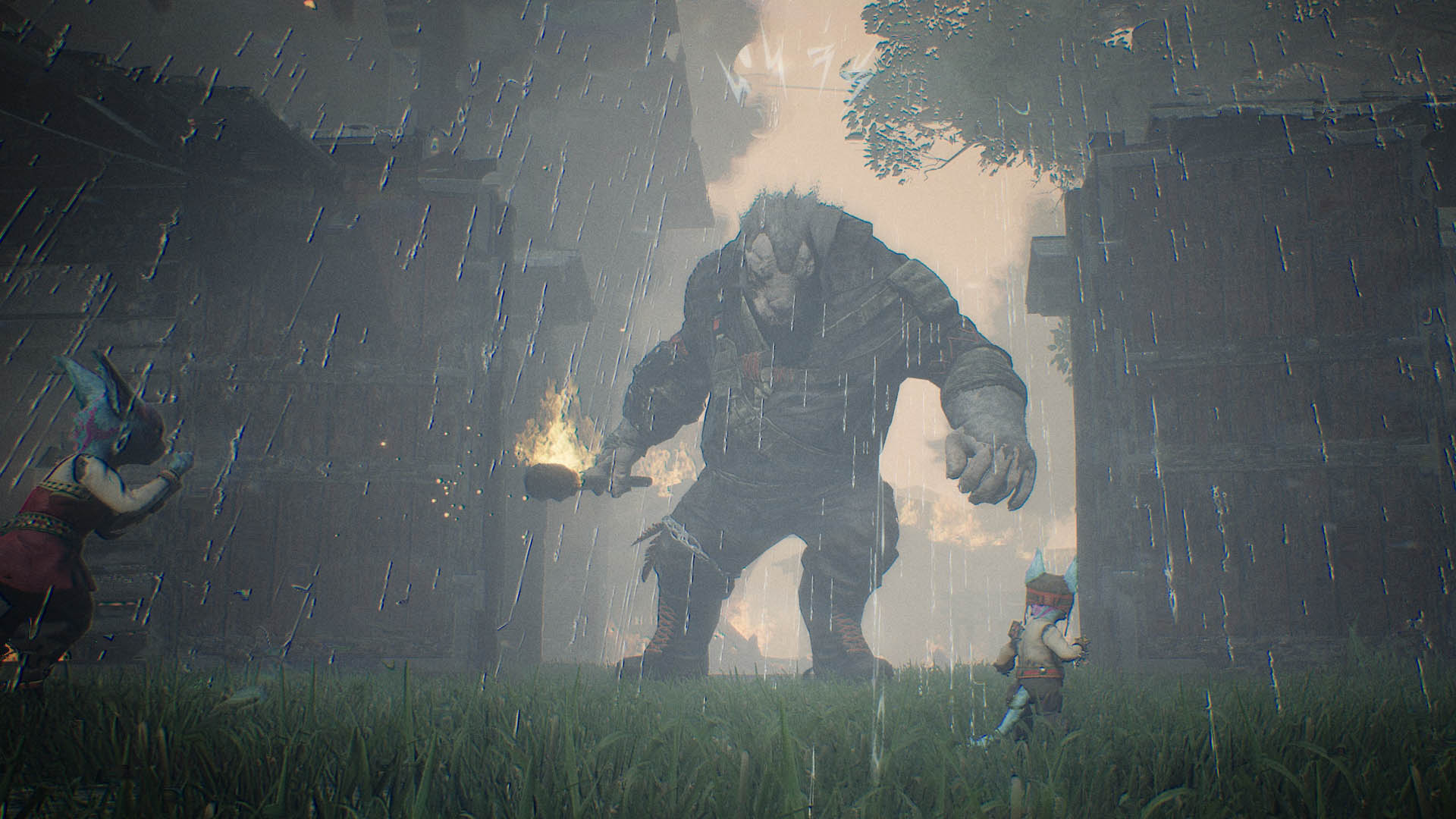 Wait, didn’t I just do that?

Here is where the game loses some of its shine. The quests and puzzles all feel so like each other. While the example of having just done that is overblown, that is not that far off of an explanation of the experience. There are only a handful of quest types that seem to repeat every time the player encounters a new tribe. It also feels the same whether taking over or uniting clans. I won’t even go into the fact that every world eater fight feels the same. From the build-up to the fights, which usually involves collecting parts for a craft, to mechanics during the fight that played out, it all feels incredibly similarly. 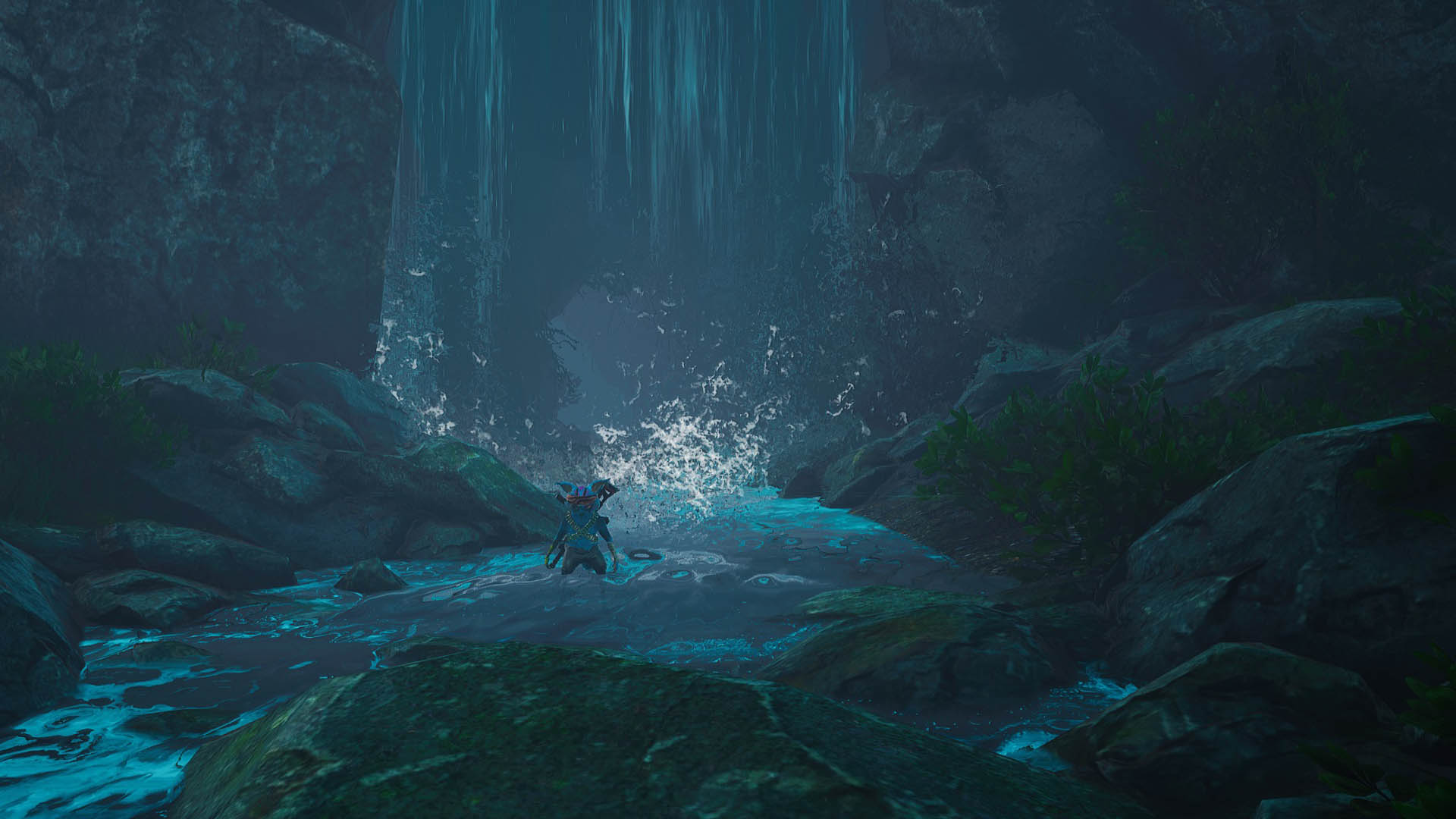 That’s what I call customization.

The number of ways the game can be played is incredible. This can be experienced from the beginning, when players are creating their own character. The sliders used to tune the stats change the general appearance of the character. Want to play as a dual-wielding ninja who uses jumbo mushrooms to bounce around enemies? Do it. Want to carry a great sword and have fire trails follow you around as you attack? Go ahead. Like guns instead or more of a magic-user style? There are so many ways to allocate points into skills and combos. The building of weapons from parts found gives the game a bunch more choices on top of all of that. 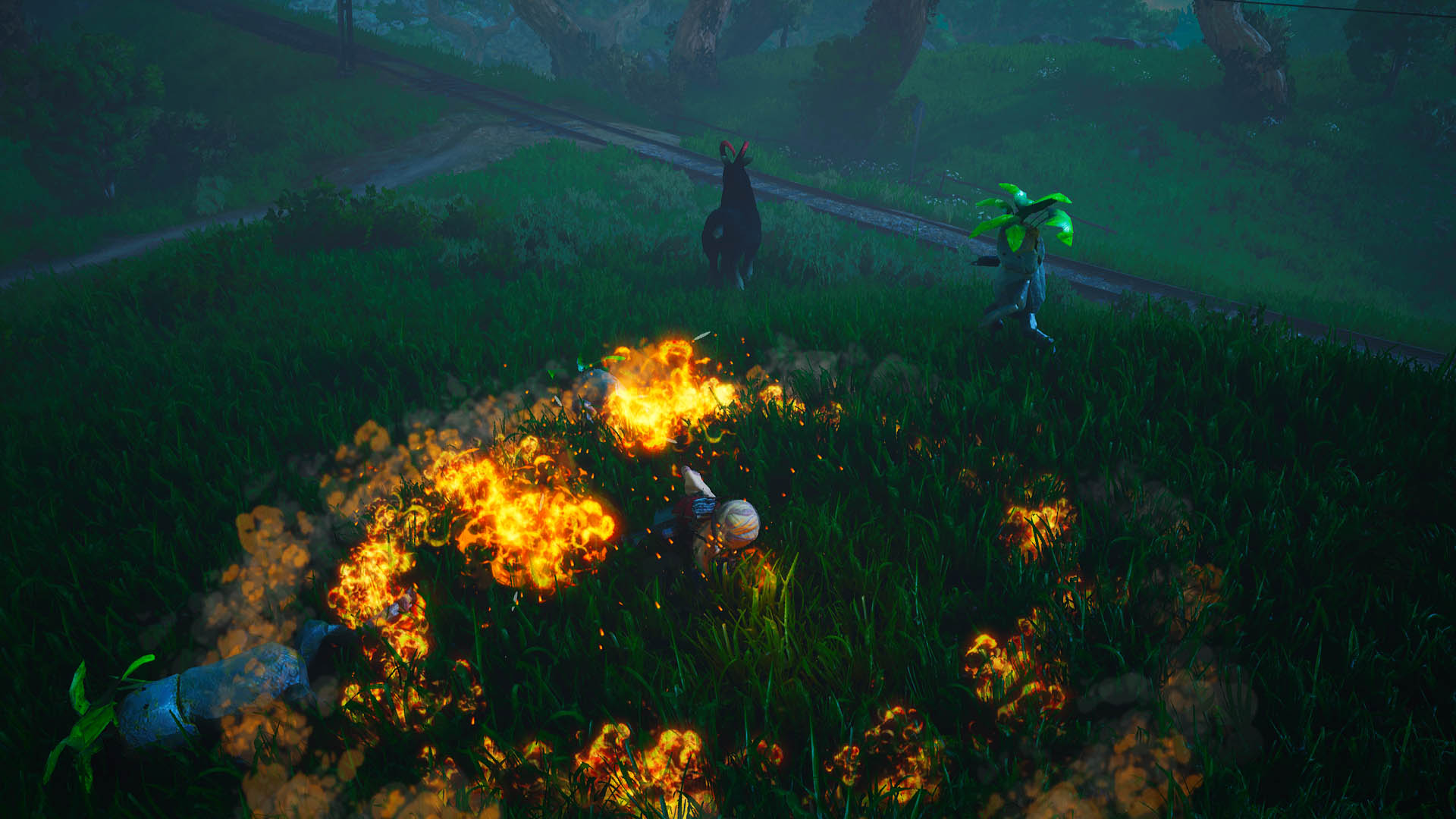 So, should I buy it?

The short answer to that is yes; let me explain why. Experiment 101 took a bunch of ideas from a few sources and put together a good game. Biomutant seems to borrow ideas from Zelda: Breath of the Wild, Fallout, and Kung-Fu Panda. As crazy as that sounds, the team figured out how to blend them into something new. Let me not forget to mention the narrator. For whatever reason, the game features 3 distinct voice actors outside of the mumbling from the NPC’s. The main one is the narrator, who provides a David Attenborough-type commentary on what is happening in the game. Players will either love or hate it, but respect should be given for the fact that they came up a different way for players to not just be stuck reading the conversations. If you are a fan of Western RPG games, Action RPGs, or just want to try something new, then Biomutant is worth picking up and playing. The main faults were the repetition of quests and puzzles. Those shouldn’t stop you or your kids from trying this out.