Yesterday at the start of Gamescom the BioWare community got given something that they’ve been craving for a very long time, a more detailed glimpse into the development of Dragon Age 4. Join me as I take you through what it was that got shown. 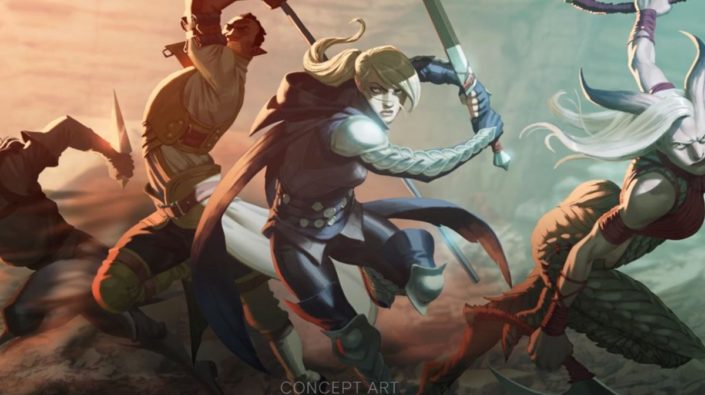 Nobody really knew what to expect from Gamescom, at least no one expected what we were given at one point. What we were handed was something that Dragon Age fans the world over have been waiting years for; a behind the scenes look at the newest Dragon age game in production.

I don’t think that there’s any doubt in anybody’s mind that the year 2020 has been rough on everyone, we live in unprecedented times, so for BioWare to drop this for fans is a big deal, it meant a lot to the BioWare community and more importantly, it gave fans some light and excitement in a time where we’re dealing with some tough situations. Now you will see lots of concept art floating around from the video but that wasn’t all we saw. More interestingly we got to meet part of the team who are working on the game, voice actors, and a little bit of in-game development.

One interesting piece to take away with us is some underwater concept art. Now if it comes to fruition this could be huge, never in any Dragon age game have we had the ability to swim and the more I think about it, the more I’m excited about the potential of being able to do that. Also whilst we’re on the subject of THAT concept art….is that our favorite handsome mage Dorian in the image?

During the video, we also found out from the lead writer Patrick Weekes that the game tells the story around people who don’t have power and that those who are in charge aren’t dealing with issues like they’re supposed to, suggesting maybe that the main protagonist could be someone who isn’t known and refers to themselves as a nobody. One thing is for sure though, Solas is back and this was even shown in the form of his voice actor, Gareth David-Lloyd.

I feel pretty confident when I say that I don’t believe the game will be called “Dragon Age 4” but for the moment we don’t have that information. Casey Hudson said that the game is still in early production and at a guess, this could put the game 2 years away from now, furthermore, Mark Darrah confirmed on Twitter that there isn’t a release date yet, however having this video drop has given fans hope and a glimpse of how the new game is shaping up.

I am however very excited for the future of Dragon Age and I shall most certainly be there along this journey that BioWare is taking us on.

If you fancy discussing anything about what you saw at Gamescom then feel free to head on over to our forums or you can pop over to our discord.

In the meantime, take care of yourselves and I’ll see you real soon.