N7Day is a long-standing tradition in the gaming world, specifically to those who are loyal to the Mass Effect community. We are a solid group, many strong, looking for something to give us hope that Mass Effect’s universe hasn’t been forgotten in the wake of Mass Effect: Andromeda and the lack of new content. There are things BioWare, Mass Effect’s developer, could do to give its fans some love on N7Day this year and in the years ahead. Here’s my take on what those are and why they could easily make me spend all of my money, far-fetched or not.

Now, I know what you might be thinking. “But Radical, there was a Mass Effect movie.” Yes, there was and that’s okay. We could have another one. A better one. No disrespect to “Mass Effect: Paragon Lost”, but it wasn’t Shepard’s favorite movie on the Citadel. 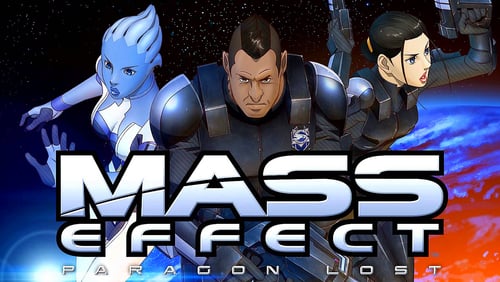 I’m talking about a live-action story in the universe. I don’t care what it is necessarily, but it should be something that tugs at the heartstrings of its hardcore, die-hard fans. We put hundreds of hours into the Original Trilogy, and we’d put more hours into a TV show or a movie, I guarantee. So come on BioWare, get a team together and write a script that will bring Shepard and the gang back to us in new adventures that take us across the Milky Way.

I’m biased on this one, but it’s my article so I’m writing about what would make me jump for joy related to Mass Effect. There are currently 13 Funko Pops in the Mass Effect line: 5 from the Original Trilogy and 8 from Andromeda.

Andromeda, I will say, did a pretty good job with the figures in that line. There are some that could have been added (Vetra, Scott Ryder, and Cora, for starters), but overall the figures and molds produced for Andromeda were fine enough.

But the Original Trilogy set is a complete slap in the face to collectors and fans of the series. The five that exist are great, but it’s the many that don’t exist that spark my outrage. Tali, John Shepard, Garrus, Grunt, and Miranda are all wonderful and perfect figures, but…that’s it? Those are the figures? No Ashley or Kaidan? No 6” Harbinger? No Wrex? No Jane Shepard? No. Liara. T’Soni? 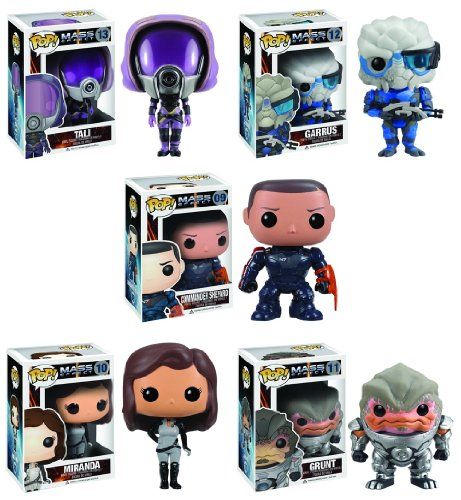 There are so many other characters that could have, and should have, been molded into Funko Pops. I’d love to see a new wave, and there’s a way this could happen a bit farther down the list…

Similar to the movie/TV show recommendation, I believe that this universe is so big, the possibility for storytelling is endless. I know both books and comics have been attempted prior, but that was before the community needed a mega uplifting. Comics are all the rage now (and have been for many years, especially at Mulehorn Gaming), and I think that Mass Effect has just the capacity to bring new stories, characters, and locations into its universe through comics.

A similar franchise that does this well is Star Wars. Because the universe is so expansive, they have opportunities to tell stories about characters big and small in ways that fit them nicely into parts of the canon that fans are already familiar with. Mass Effect could (and has attempted) to do this already. Now that there’s even more content with Andromeda’s story, the comic and novel possibilities are as expansive as the Mass Effect lore is.

This is probably the most far-fetched of all considering there has never been talk of a Mass Effect MMORPG, ever. If this were to somehow happen, it would need to be done right, and be done in a way that allows players to literally be anything and anyone in the Mass Effect universe. That’s right folks, I’ll be an Asari if I want to, and I’ll leave my non-Asari friends behind.

I think there are enough people who want this open-world experience in this universe that this could go so well if done right. The original games and Andromeda are just linear enough that they don’t fulfill what many other RPG games do these days, which is give a player complete freedom of the world they’re exploring. Add MMO elements to that formula and well, it seems fairly flawless in my book.

Elder Scrolls Online has done this pretty well, taking the RPG players of their original installments and entering them into an MMO world following the same lore. I guarantee Elder Scrolls and Mass Effect players are often one and the same and would eat an MMORPG up in the expansive Mass Effect universe.

I’m very aware this was scrapped years ago, so slow down before you start throwing things at me. Even though it was scrapped, it exists somewhere. Don’t tell me it doesn’t because again, this is my list and I am choosing to believe it exists.

If it does, and if BioWare was suddenly overcome with the idea that people actually did enjoy Andromeda and have bought into the story and would like to know where the heck the Quarians are, then they need to unscrap it and sell it to us. It was a huge disservice that we didn’t get the DLCs they hinted were coming. Despite the fact that Andromeda had a pretty awful launch and wasn’t the solid addition to the Mass Effect title we expected, we still deserved some DLC. Truth be told, Andromeda on its own is a fine enough game and deserves to be noted of that separately from the Original Trilogy, despite its connections. But, more about that in a minute.

Remember when I was talking about a new wave of Original Trilogy Funko Pops? Well releasing them alongside a remastered Original Trilogy would be prime. While this isn’t my number one hope and dream on this list, this is the one that I think is most likely to become a reality, possibly this coming N7Day.

A remaster of the Original Trilogy has been asked for by fans for years. Literal years. If I’m correct, we’ve been asking for this since before Andromeda even came out. The games looked very good on the Xbox 360, PS3, and Wii U (I know right?), so imagine them being remastered for current-gen consoles. I’m thinking this could be on the same level of a Skyrim remaster, which despite how many times that has been rehashed, the fans wanted it, got it, and ate it up.

At a time when Mass Effect fans are hungry for content, it’s time BioWare gives us what we have wanted for a long time. We will buy it, we will play it, and we will love them for it. BioWare needs to do something to rally its troops, or the Space Drama genre, the genre it so beautifully led in gaming for years, will fully slip away from them. A remastered original trilogy will get enough of the Mass Effect fans hungry for the old and for the new. 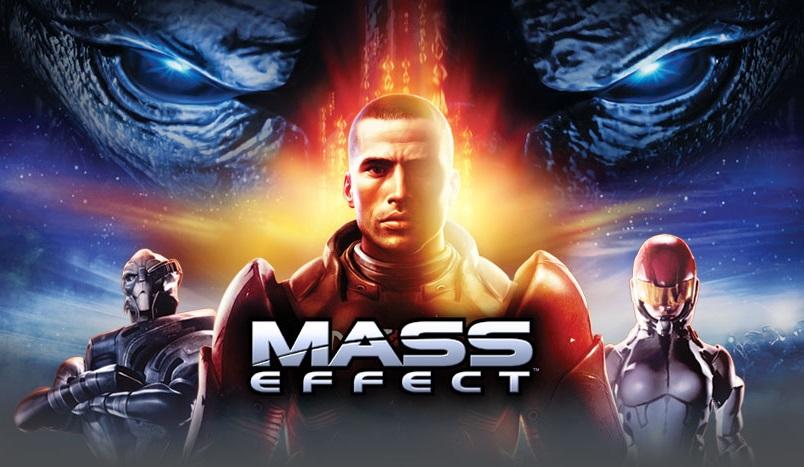 And yes, maybe it will yield new Funko Pops. I mean come on, how did they not make a Liara figure?

This one is pretty self-explanatory. Make a second installment. Wait for next-gen consoles, I don’t really care, but BioWare needs to do this. Andromeda has the foundation to be as epic as the Original Trilogy. Give it its own opportunity to be amazing and run with it. We want more Ryder, we want more Andromeda, and we want more Mass Effect.

As I said in my previous listing, it’s time that the developers give Mass Effect fans something to be excited for. Like it or not, Andromeda wasn’t as bad as people want us to think. Andromeda feels like Nickelback to me, a little bit. We all say we hate it, but when we hear a song we turn the volume up and jam. Andromeda was fine, truly. If they were to announce Andromeda 2, we’d all pre-order it very, very quickly, because we know what these games are capable of when done right. BioWare needs to take the genre back, learn from its mistakes from Andromeda and the prior entries, and give us what we all know they are capable of producing.

As I mentioned, it’s time BioWare brought glory back to the Mass Effect franchise in a way that builds upon its history with brand new content. By the Goddess, I did not choose Reyes Vidal over Liam Kosta at the last second to not have Ryder’s story continue. The fans want this, no matter how we initially reacted to Andromeda. We want the story to continue, because Mass Effect fans are dedicated through and through.

As N7Day draws near, I will quietly, or not so quietly, scour the internet for theories, predictions, leaks, and beyond in hopes that one of the aforementioned wishes are granted. For now, I’ll snuggle up in my Miranda Lawson hoodie and wait.

I am Radical618, and Mass Effect is my favorite series in the Gamerverse. Until next time, folks.

Looking for a Real Life Mass Effect Omni-Blade? BioWare’s Got You Covered